The Robot Restaurant is an infamous attraction in Shinjuku, which is more of a show than anything else, despite what the name might infer. At first, I wasn’t really keen on going, as it seemed like a bit of a tourist trap. Tickets were definitely not cheap either, coming in at about 50 quid a pop. However, we decided to give it a bash. 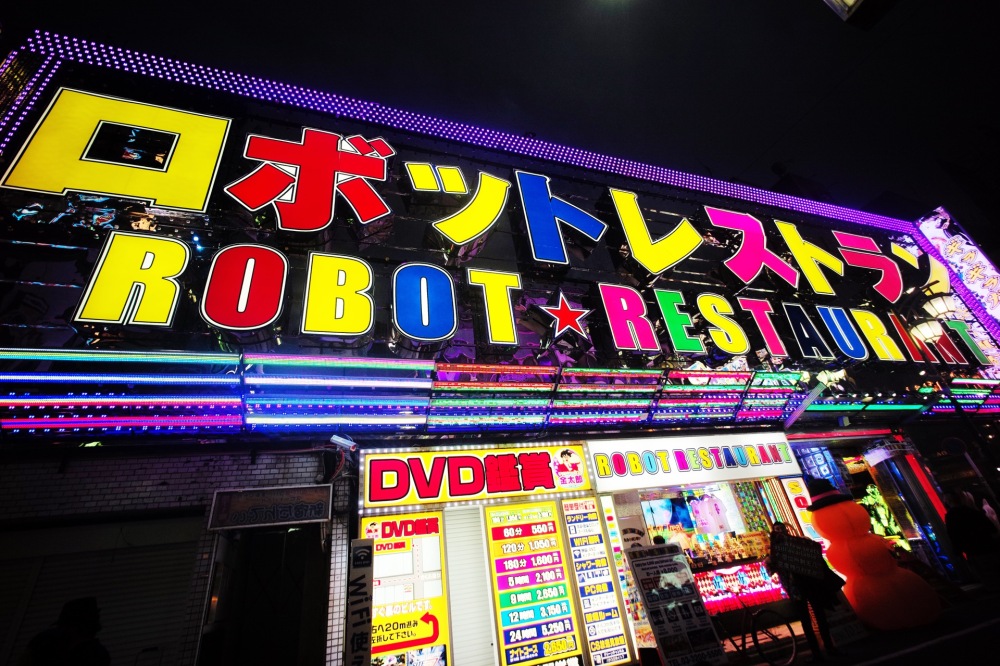 The ‘restaurant’ itself is nestled in a slightlier sketchy area than the rest of Tokyo, and is apparently surrounded by Yakuza owned joints – which probably explained their ‘no visible tattoo’ door rule.

From the minute you come down the street that the venue is on, the bright lights grab your attention (which is impressive for Tokyo), and the restaurant’s theme song is played over and over at an obnoxious volume. I don’t think I’ll ever get that thing out of my head. It is bright, and garish, and wonderful. 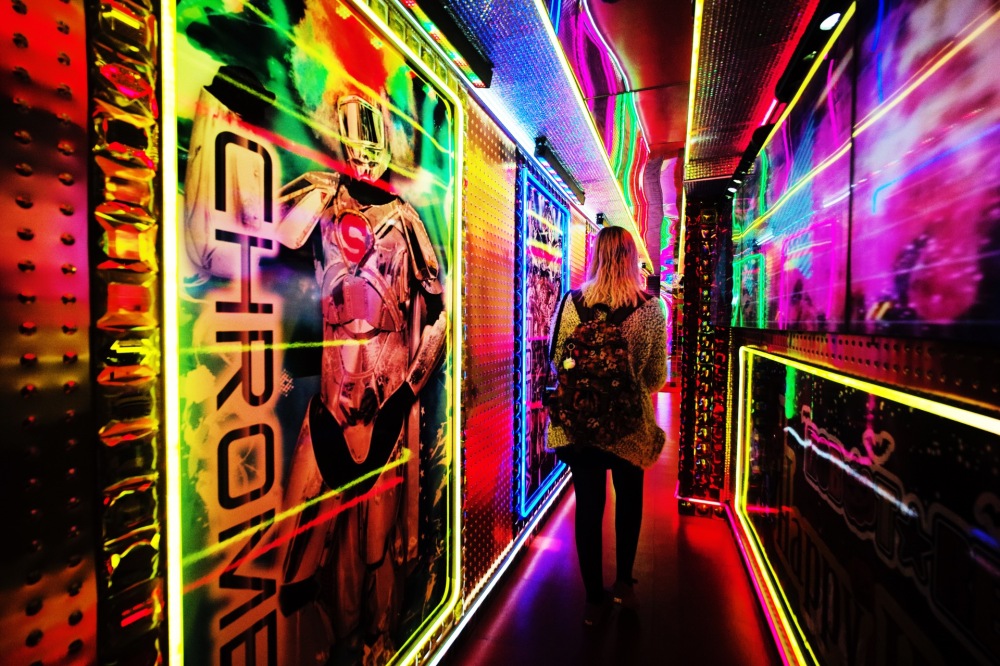 This theme carries on when you go into the building, down corridors filled with neon lights and bizarre visuals. The visual stimulation here is off the charts. 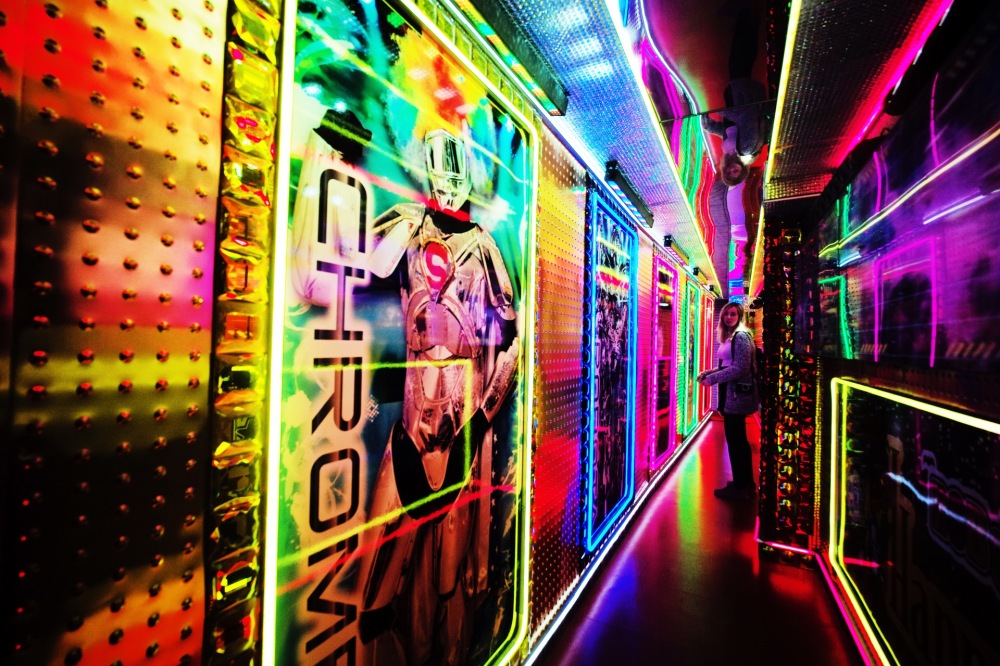 The waiting area is difficult to describe… set out like a warped spaceship cruise liner’s ballroom, complete with ‘robot’ jazz band. 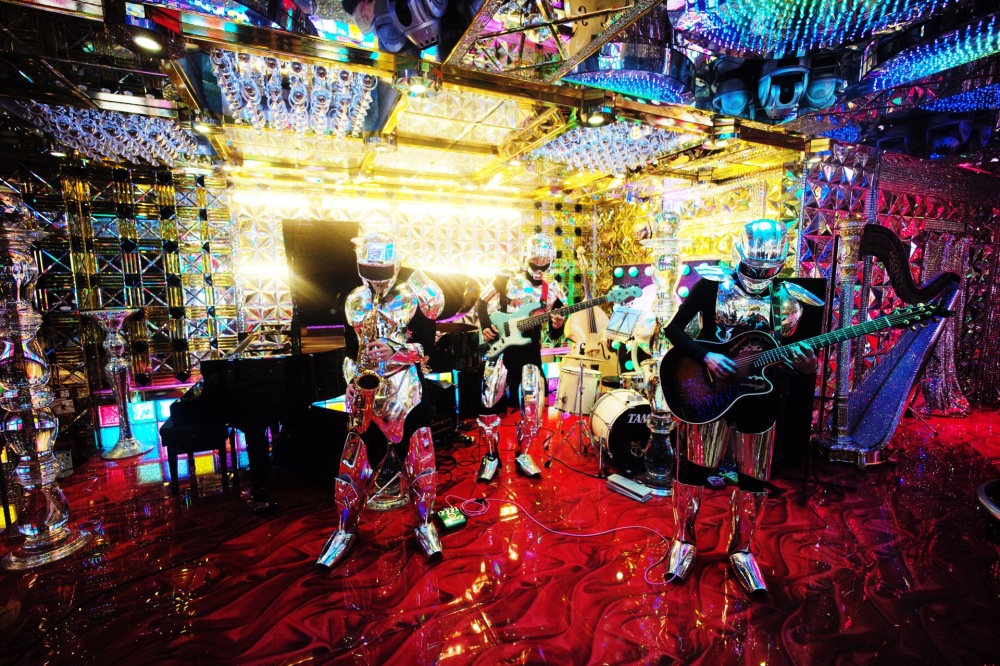 Even the toilets were crazy.

For the show itself, you descend into the basement of the seemingly huge building, and take your seats in darkness with a huge space in the middle. From the get go, things get nuts. We were seated in the front row, with the performers and robotics literally coming right up to our faces, and above our heads. This is a show that would never get passed health and safety in the UK.

It’s difficult to describe the show, and so I’m not going to bother. All I will say is that it was intense, and incredible at every stage. Whenever you thought it had reached its peak, they pulled something else out the bag to blow you away. My eyes were moving all over the place, and I took so many pictures it was ridiculous. It was truly amazing. 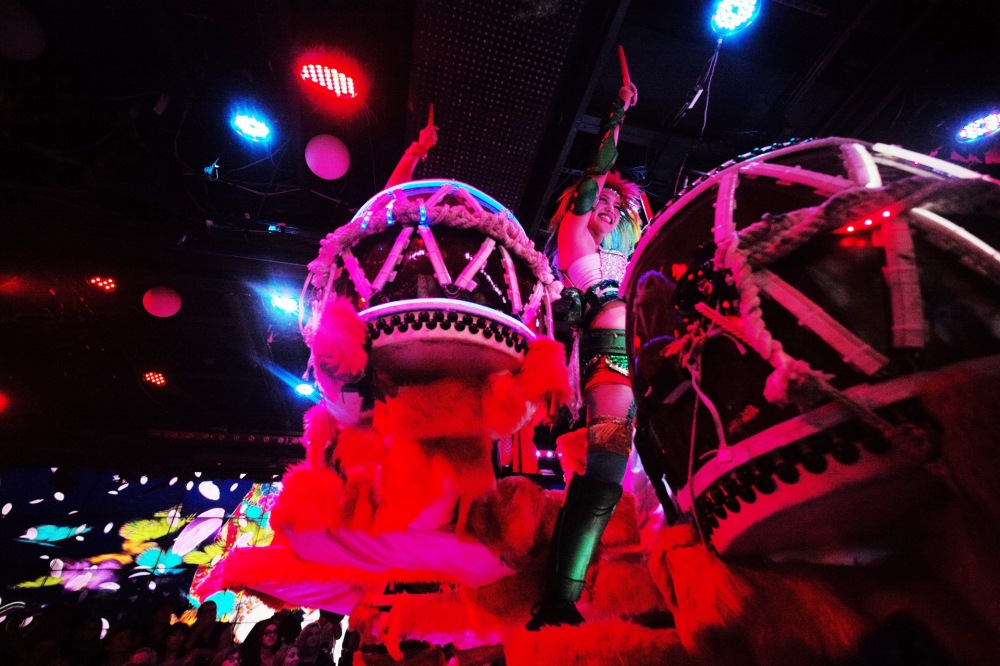 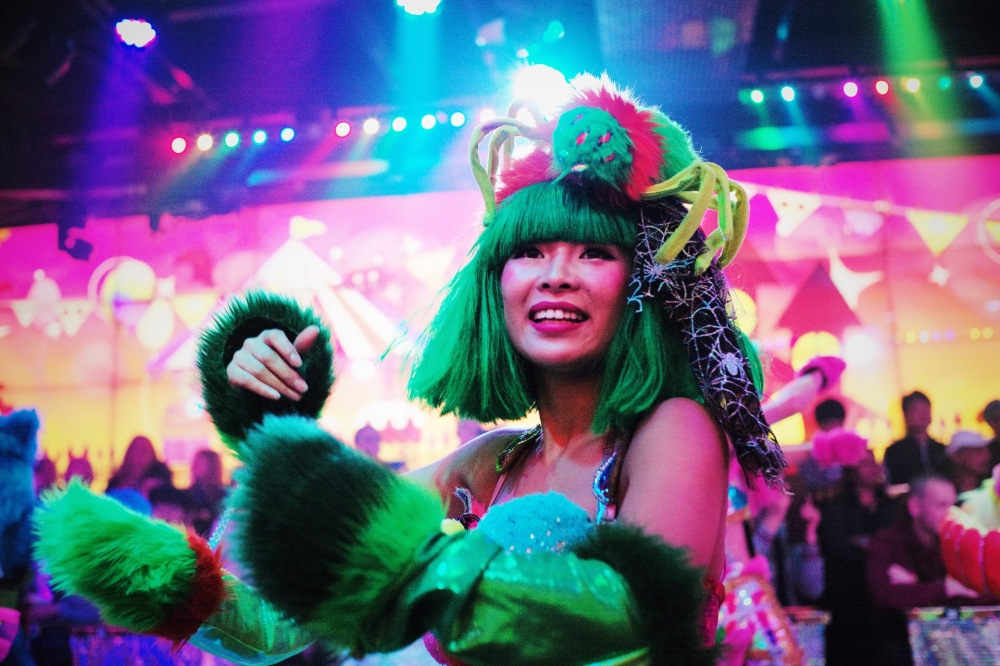 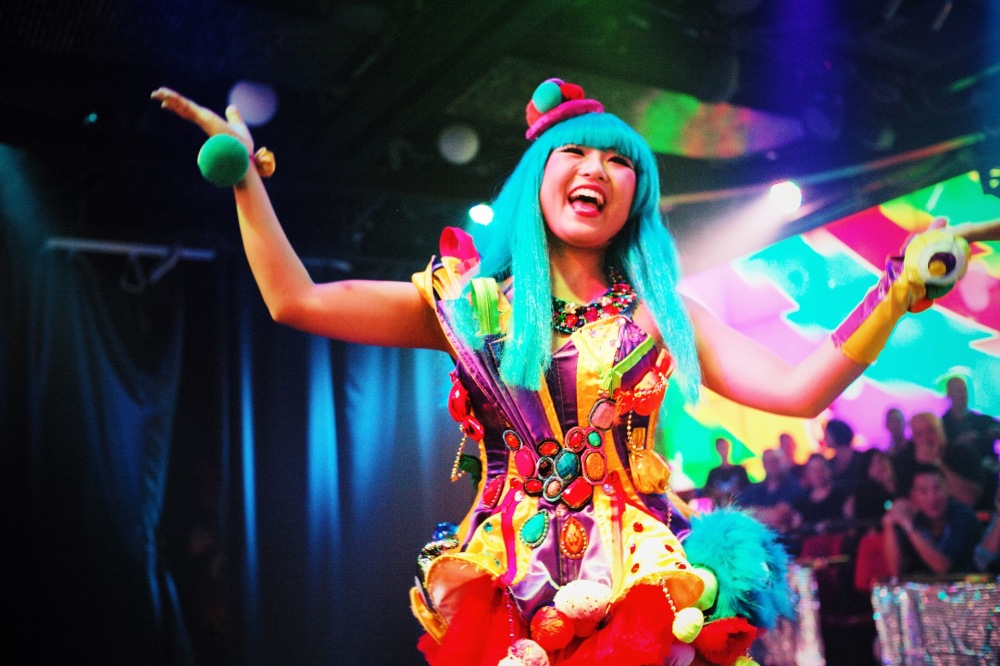 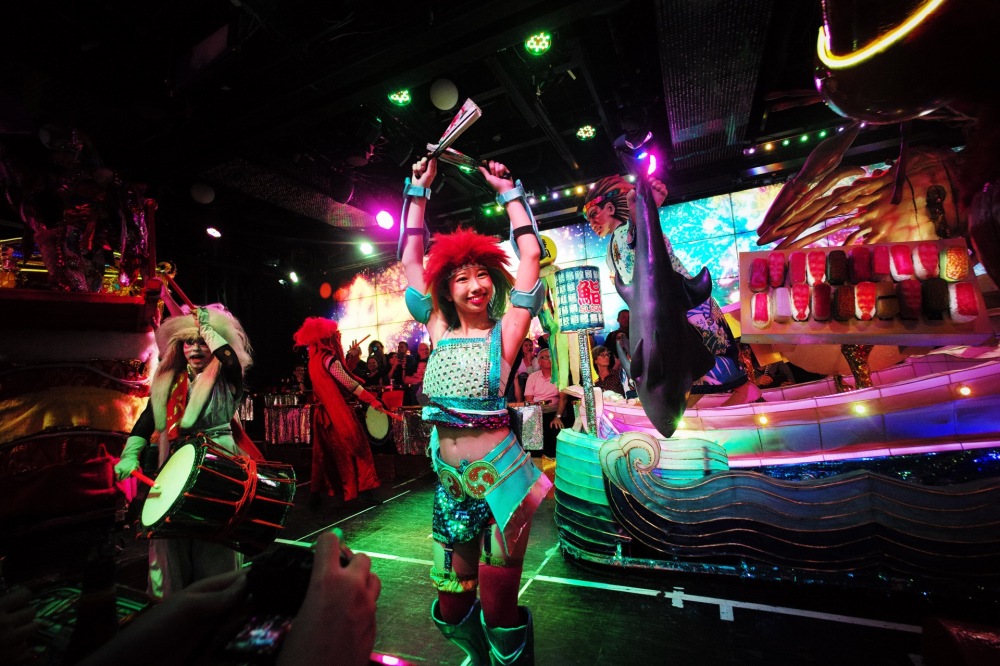 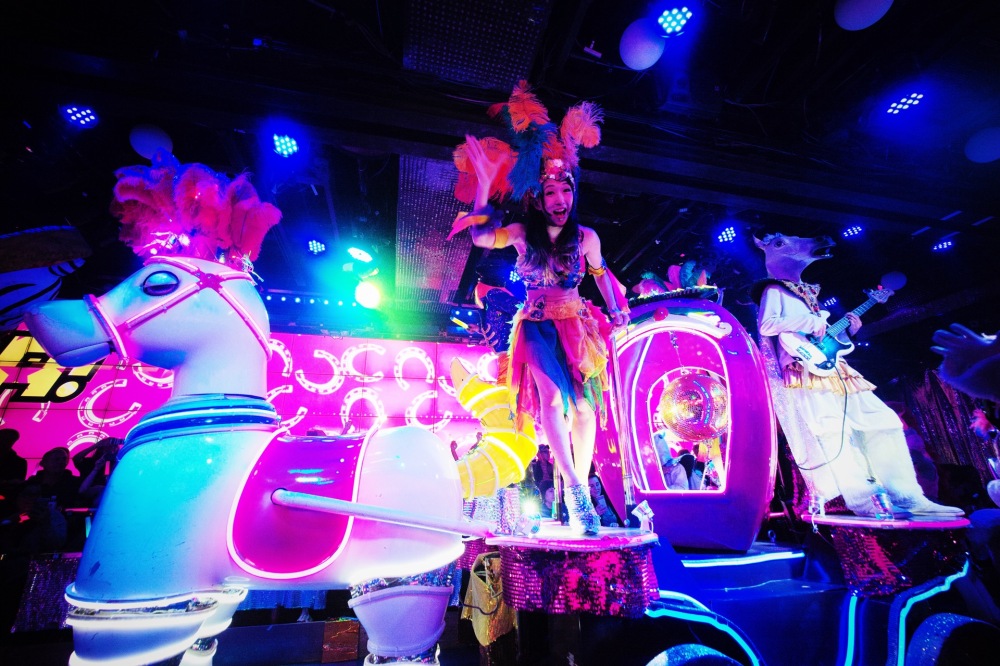 We came out of the show walking around stunned from the sheer sensory overload of the Robot Restaurant. It was such an intense experience, and probably the most amazing thing I’ve ever seen in my life, and that is no exaggeration. We all agreed that we would gladly have paid to go back multiple times if we had more time left. This wasn’t just some crappy tourist trap; it was a top class production, and I’d encourage everybody to go if they get the chance.