The final leg of our Italy honeymoon adventure took us to Venice. As it turned out, the ancient floating city was to become our favourite place on the whole trip. 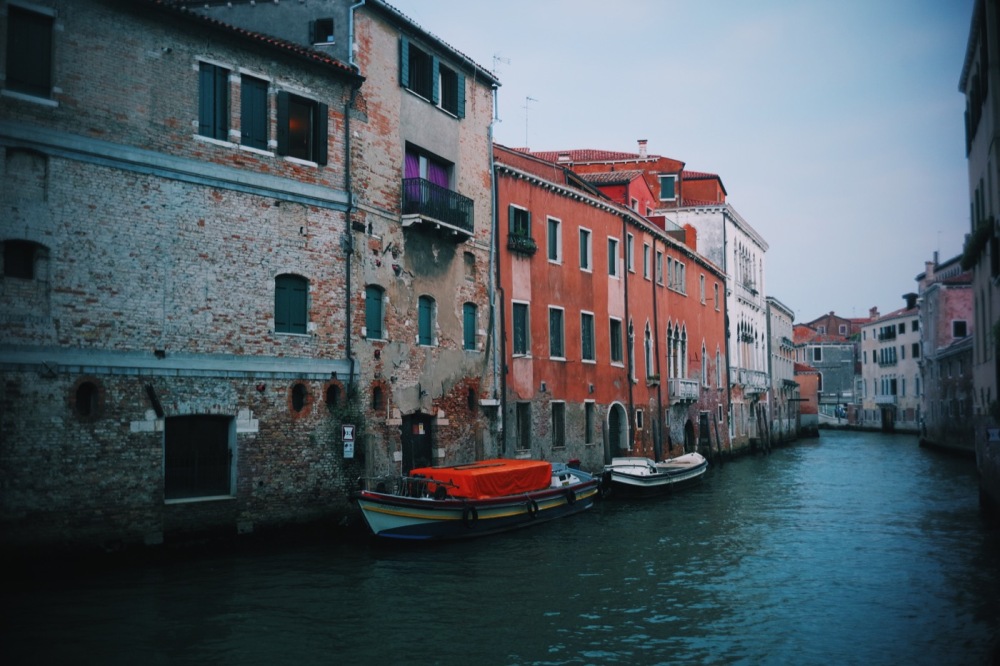 For some other black and white film pictures, check out this earlier post.

Fun fact that I didn’t know before visiting: Venice is shaped like a fish when viewed from the air. How cool is that? I really hope that was just a strange coincidence rather than planned. There’s nothing stranger than reality sometimes.

We debated doing the whole gondola ride business, but it turned out to be ridiculously expensive – 80 Euros or thereabouts. Not worth the cash outlay for us, and we opted to spend that on eating and drinking wine instead. 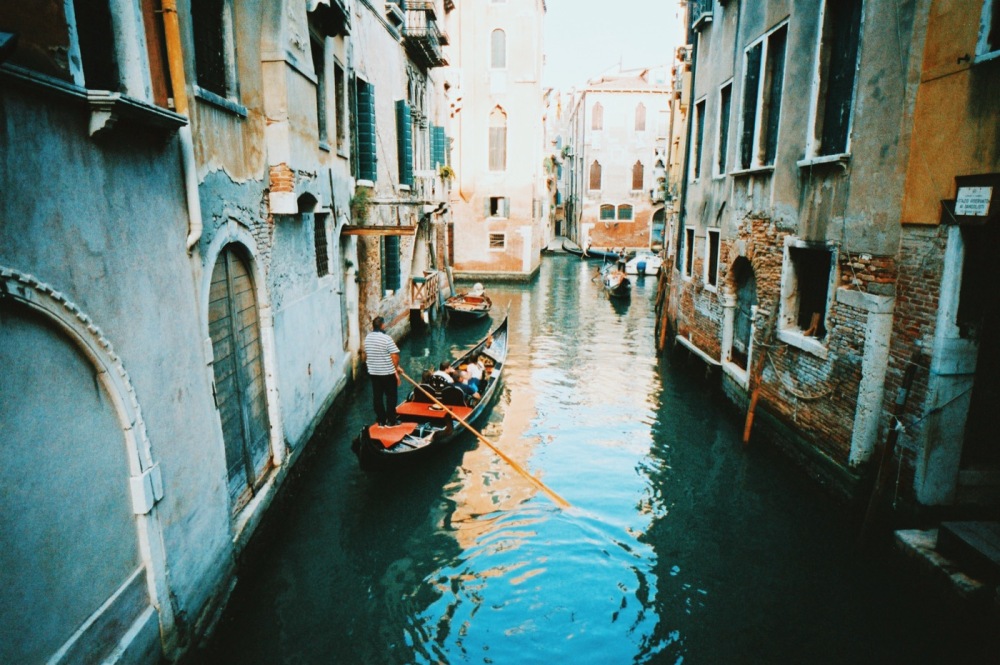 They still looked pretty cool though. 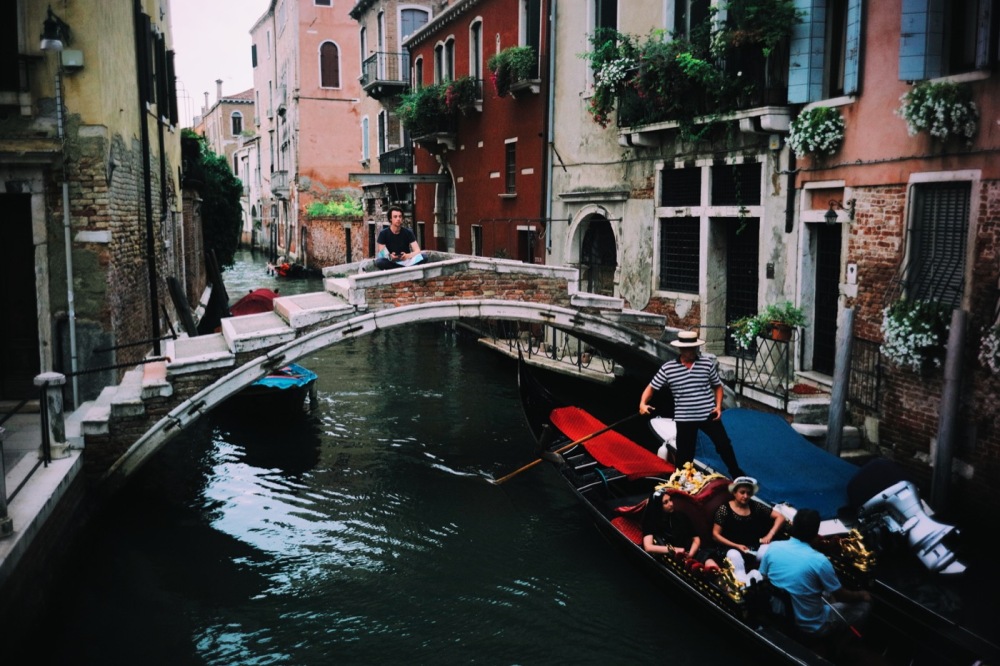 The first few days we were there, it was clear that the weather was going to be much cooler than it had been before – settling in the mid to high 20s. This was a huge relief from the oppressive heat we’d been stung with the previous weeks.

Not only was it cooler in general, but there was a decent amount of heavy rain. So much so, that Grace had to get a fetching blue poncho.

There was something beautiful about seeing the rain fall on this city, even though we were keeping a careful eye on the water level to see how far it would need to be pushed before spilling out and onto the bridges themselves. Apparently this isn’t uncommon. It’s a strange sensation to feel like you’re witnessing somewhere slowly sinking. 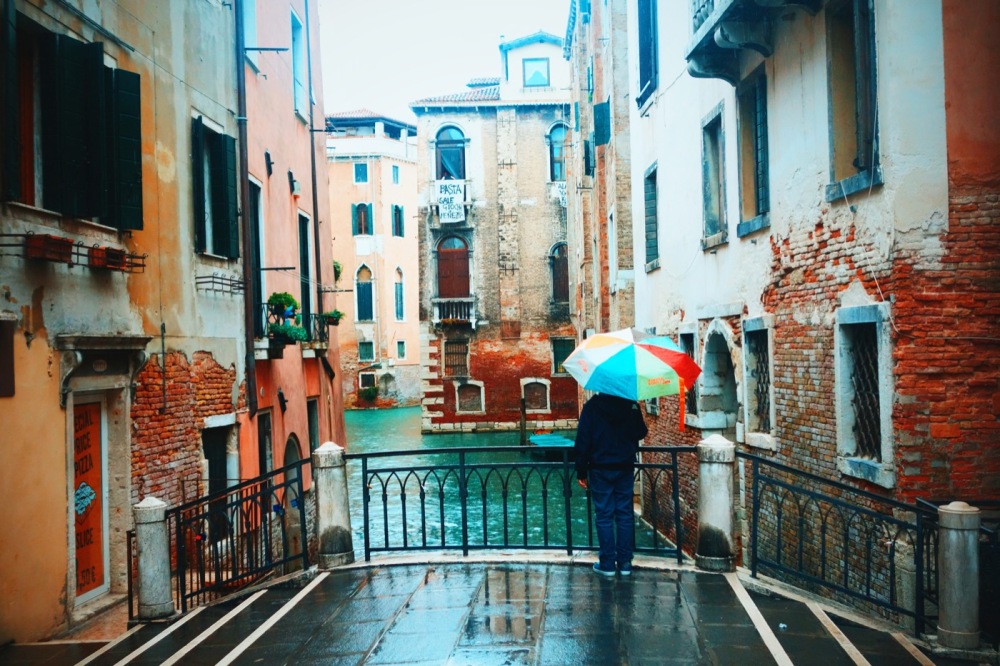 The most enchanting part was at night though, when we sat inside watching the lightning crack across the sky – lighting up the tiny streets, with the thunder echoing along them not long thereafter. The whole scene conjured up the kind of imagery you would expect from a dark, Victorian era novel. I loved it. 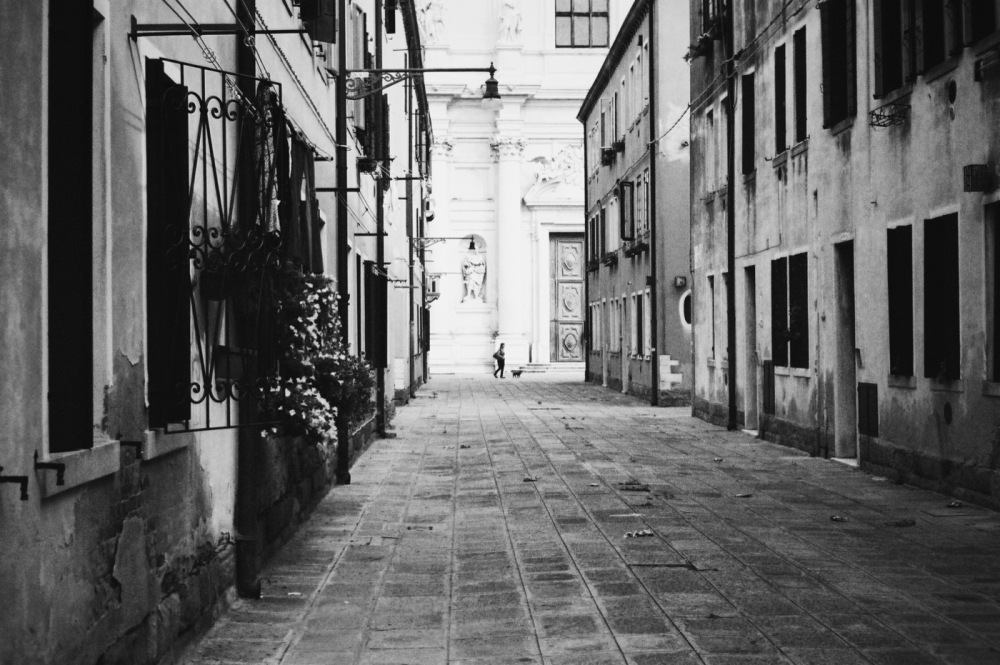 The city itself is not too big in terms of space it takes up, but it contains a warren of tiny side streets that you could lose yourself in for hours. Maps were a necessity, though not always helpful – and you had to rely on various (confusing) yellow signs that pointed either in the direction of the San Marco Square, the train station, or the bus station. It wouldn’t be uncommon to head one way, and then realise you had come in a giant circle. That’s all part of what makes this place so great though. It is full of charm and character, and you never knew what you were going to stumble across. 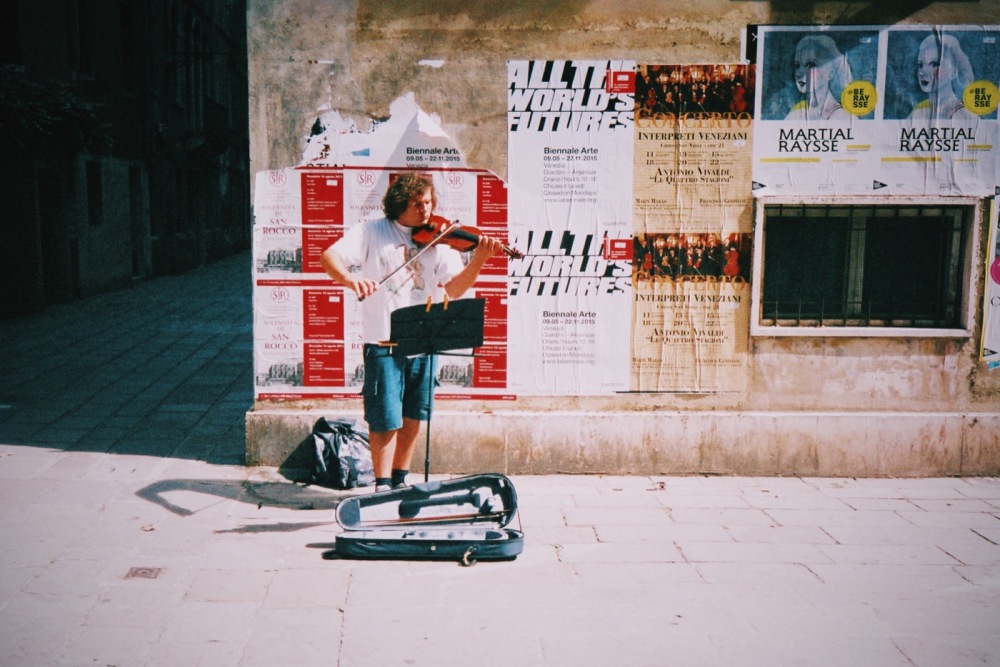 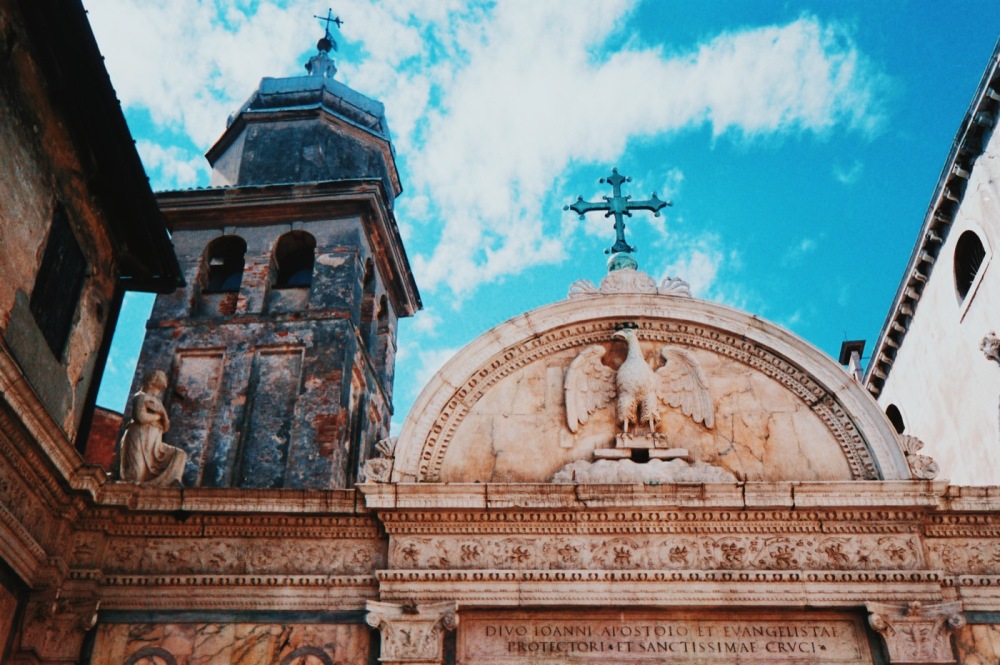 Amsterdam has bikes, and Venice has boats. Whilst the two cities both have canals, their relationship to them is markedly different. Here, everybody seemed to own or have access to a boat. People seemed much more comfortable with the water in general. After all, there was only two options: walk, or get on some kind of vessel. 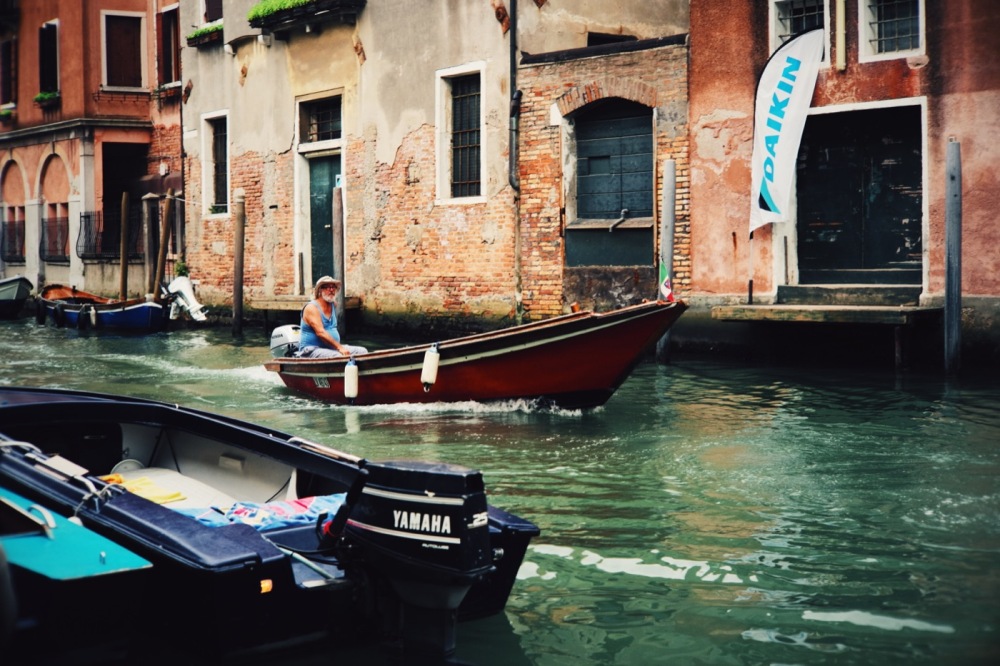 I loved how people would just cruise along, pull up outside a bar, and tie their boat alongside their friends’. Once they were done, they’d just come out, unhook, and sail away back home. It seemed idyllic – though it made me wonder if you could get done with drunk boating after a few shandies. 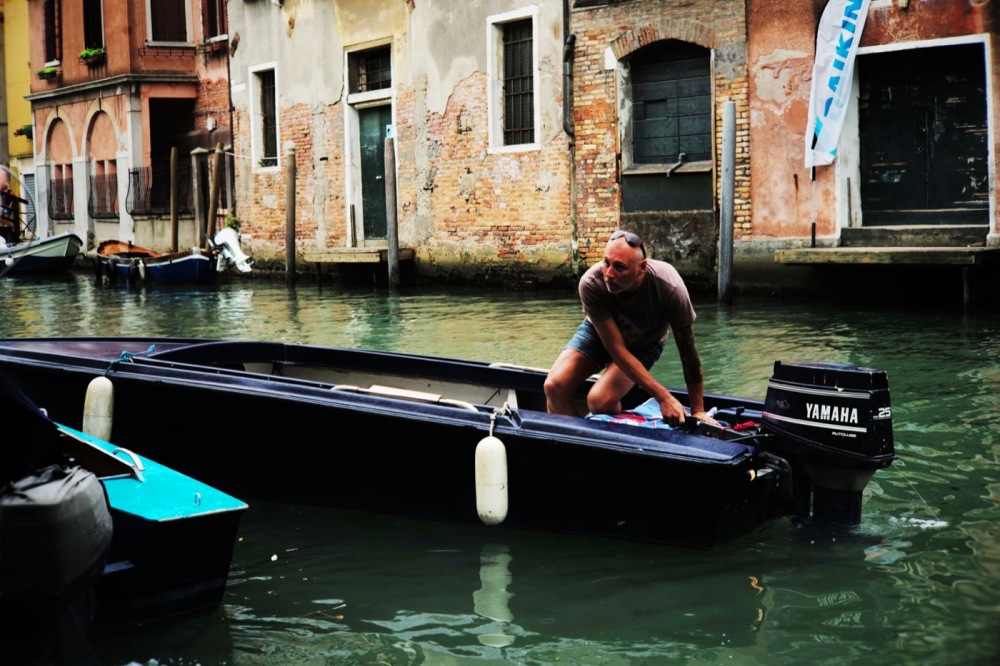 If you look closely, you’ll spot that the otherwise unremarkable boat in the bottom left had a fairly beefy stereo system installed at the front…

When people heard that we were coming to Venice for 5 days, a lot were fairly dismissive – saying that we would be bored, or that we could easily ‘see it’ in under 2. I have to say, that wasn’t my experience at all. If anything, I wish we could spend weeks and weeks there.

There’s definitely a difference in attitude between sightseers or ‘daytrippers’ who just want to tick places off a list, and really letting yourself sink in and experience the atmosphere of a place. It’s the exact same sort of approach that you need to take visiting Glasgow; it’s not somewhere to just drop in and take a tour around. You need to spend time getting to know it. Only then will you be able to properly fall in love with a place.

Whilst the main route through the city was filled with tourists and crappy over-priced restaurants designed to cater to them, the real magic was to be found elsewhere. Venturing literally down one street away from the hubbub, you could hear the noise gradually die down into complete silence. It was almost unbelievable, and I stopped Grace a few times just to listen to it – almost as if we had turned down a volume dial.

We spent ages one day just wandering around the Jewish Ghetto area, and hardly saw another soul. 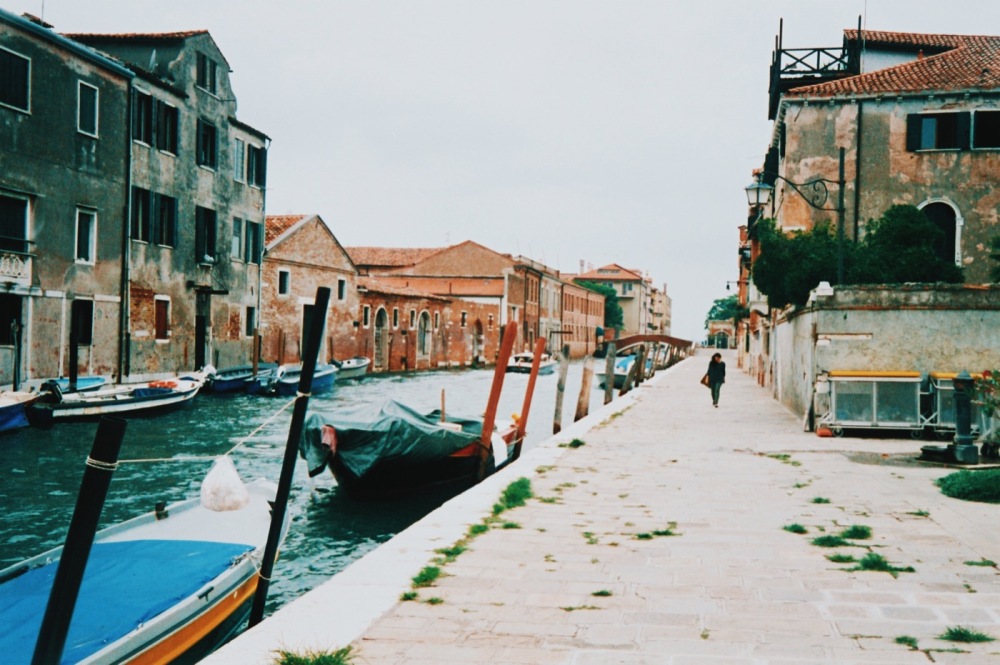 The buildings were amazing, and all around we heard the sounds of life echoing from within. There was an undeniably spooky sense about the place, as if it was somewhere time had forgotten. It’s difficult to explain, but the old heart of Venice felt untouched by the rabble of the tourists with their selfie sticks; like it had already seen many things, and would remain to see many more. It was intoxicating. 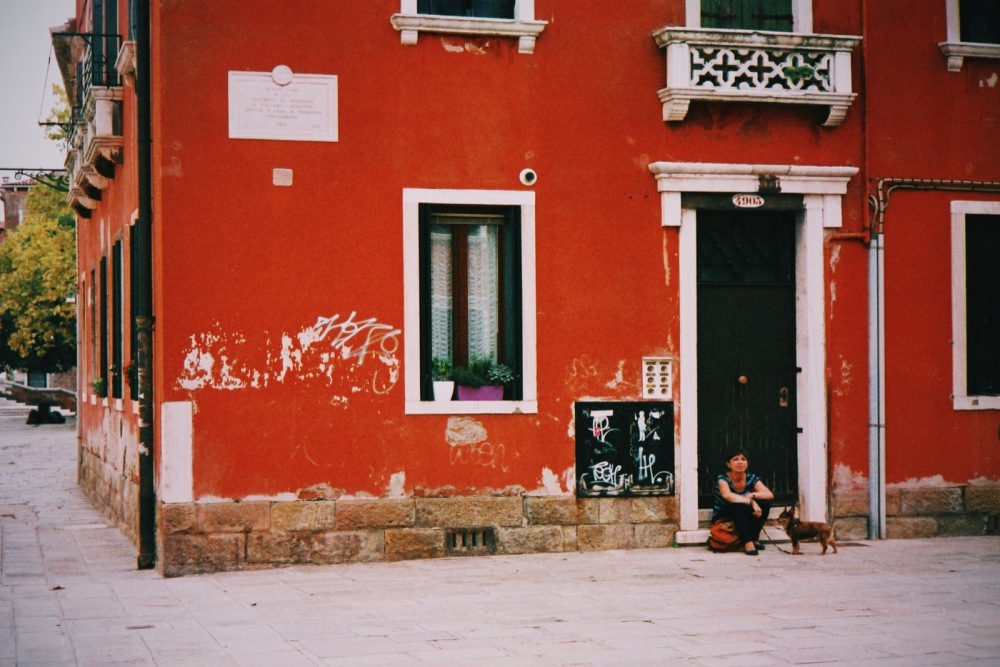 As a side note, I’m not really sure what drives people to perpetuate the idea that Venice smells bad. The whole time we were there, we didn’t smell any open sewers or anything like that – in stark contrast to the likes of Rome, Athens, or even Glasgow.

Forget San Marco – spend time getting lost in this area, soaking up the atmosphere. It helps if you are interested in the textures of decaying old buildings mind you.

I’ve said this already, but the real trick to enjoying Venice is to take things slowly. There’s no point treating this place as somewhere to just check off a bucket list; it has to be savoured, and explored slowly – like how the dwindling Venetians that are left treat life. 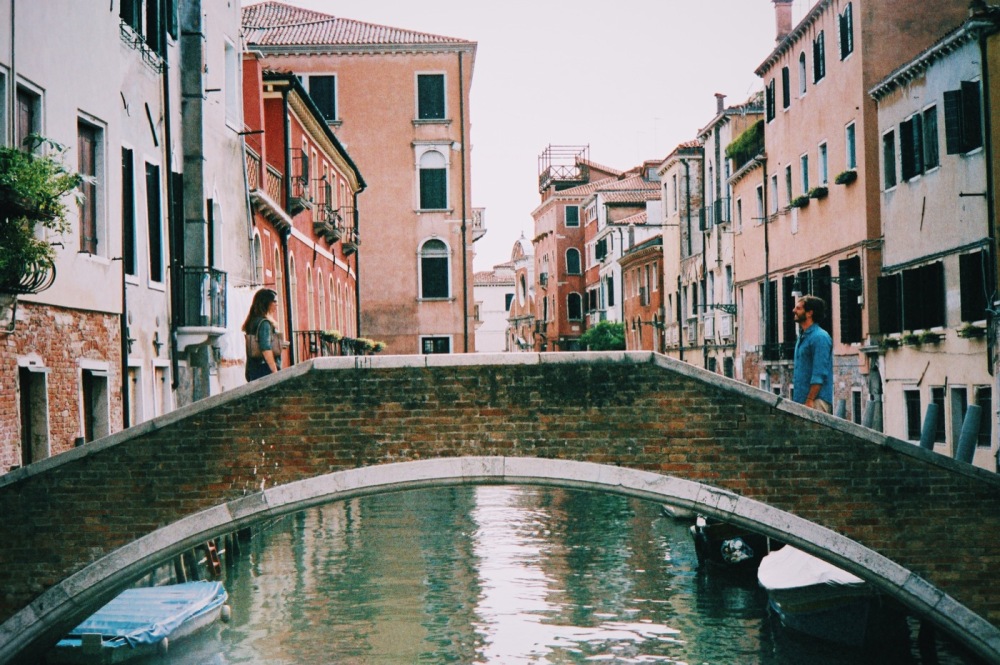 One of the best ways to do that (and one of our favourite things) is to explore the various traditional bars in Venice (called ‘bacari’), where you can enjoy cheap local wine (‘ombre’) and eat from a whole selection of different tapas style foods (‘cichetti’) that each place serves differently.

Whilst some of them do attract some more adventurous tourists, the majority of them remain hidden down side streets, immune and invisible to the hordes of day-trippers that rush by in their desperate bid to snap a selfie in front of the Basilica.

I don’t think I have any photos of the cichetti itself, because it never looks good in pictures – but there was a whole assortment of meatballs, sandwiches, seafood, and different cheeses to nibble on as you moved leisurely from place to place. Below I am enjoying some meat wrapped pickle thing. Delicious. The whole experience was very civilised, and right down our street. Who could get bored of this in 2 days? 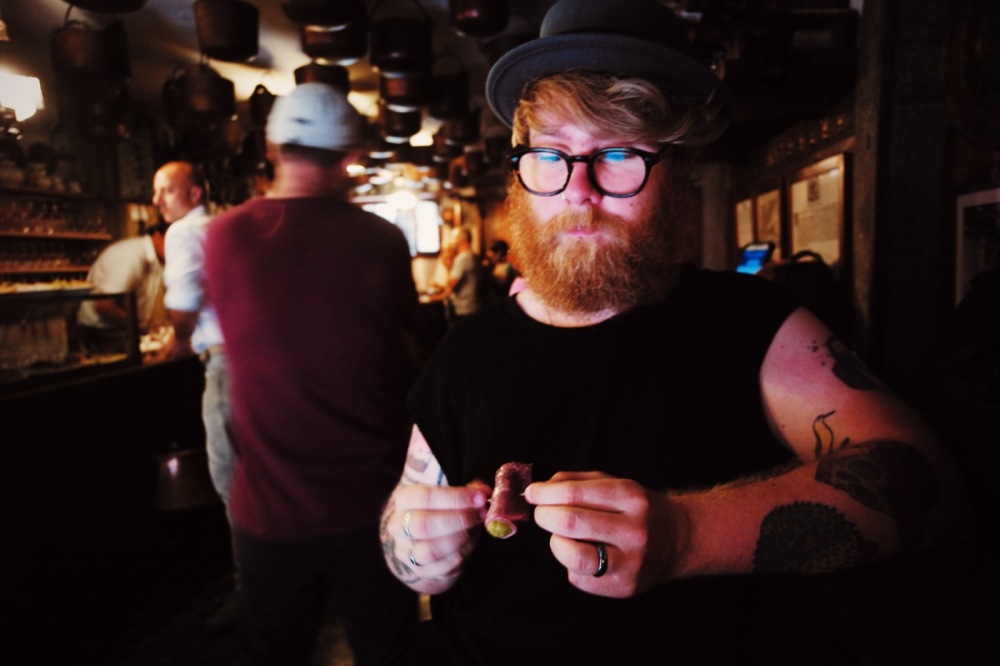 Two places in particular stood out, that we were lucky enough to find after recommendations from friends in Italy. The first was called Osteria al Portego, which sat nestled in the corner of a back street, opening out onto a small square where people would sit, chat, and drink wine. It also had the best cichetti selection that we came across. More than once we ended up just filling up here rather than going out to a restaurant.

The other place was al Timon, in the Cannaregio area, where you could get a plate full of cichetti, and sit by the canal outside.

They even had a dedicated boat permanently moored to give some extra seating space.

There were loads of cool places around this area though, and around 6pm it cam alive. 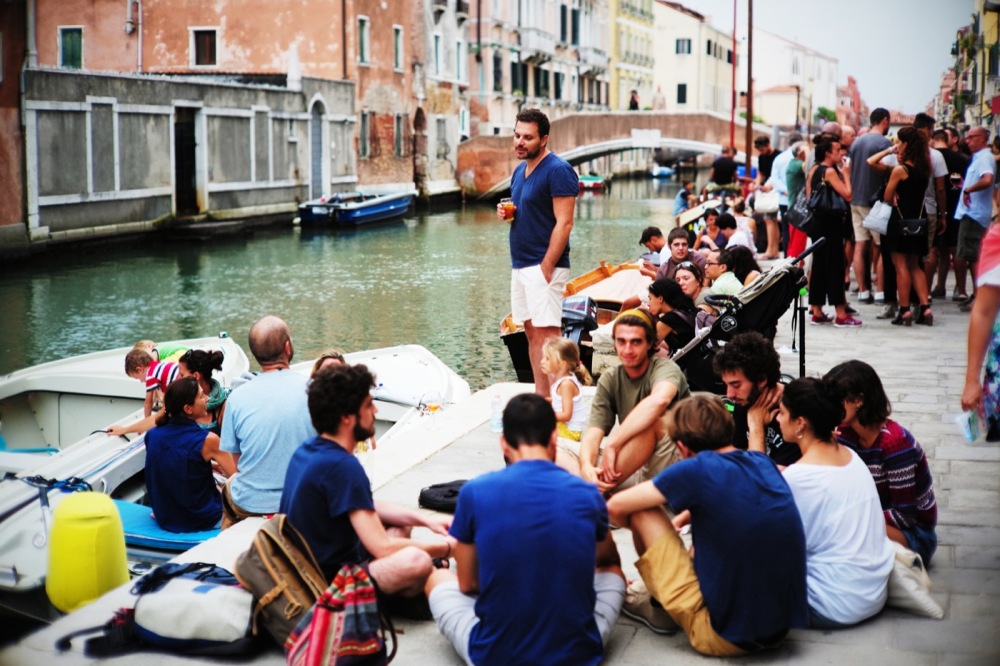 We spent more than a couple of evenings down here, drinking wine and watching the boats sail by.

To sum up, here are my protips for Venice: