Last year Grace, Al and I embarked upon the trip of a lifetime to spend three weeks in Japan. We wrote about it in a shared blog at the time here. Some time has passed now, and that whole adventure seems like a distant memory, or a surreal dream. I didn’t upload any of the pictures from the trip to this blog, and I’ve decided to do a series now – taking a look back at what we got up to with the benefit of hindsight. Because of the nature of the shared posts before, the amount of images we could upload was limited, so it will be cool to let some of the others see the light of day. There will probably be a bit less words and a bit more photos too, so hopefully it should be interesting.

The first set of pictures we took was on the very first night we arrived. We were staying in Shibuya – home to the famous junction where hundreds of people cross the street at once. I vividly remember stepping out of the train station at about 9 or 10pm to a sea of faces, neon lights, and a buzz in the air. It was like being transplanted into a hyper-real version of every version of Tokyo you’ve ever seen on TV, and it was truly intoxicating. I remember our AirBnB host meeting us to show us where the flat we’d rented was, and he was chattering away politely asking questions, which was nice… but I kind of wished he would stop to let my brain try and process some of what was going on around me. Coming off a 20 odd hour journey made it tough enough to converse, and to be confronted with Tokyo at full pelt simultaneously was like being on some wild acid trip. 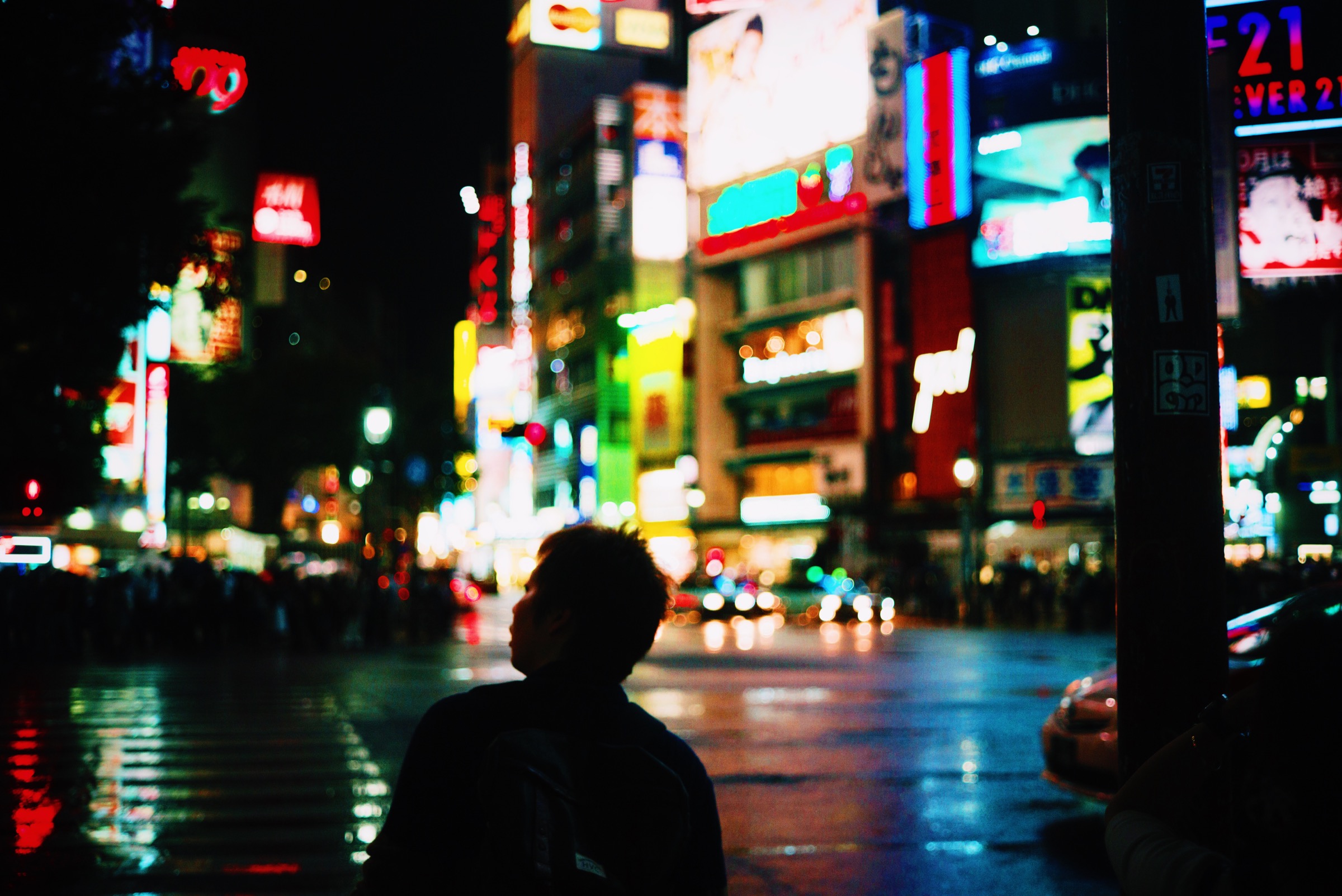 What made that night even more special was that the rain. It was the one and only time on our whole trip that it rained, and the streets ended up glistening wet, reflecting the bright lights from above, and producing the most wonderful colours. I almost wish it had rained more when we were there. 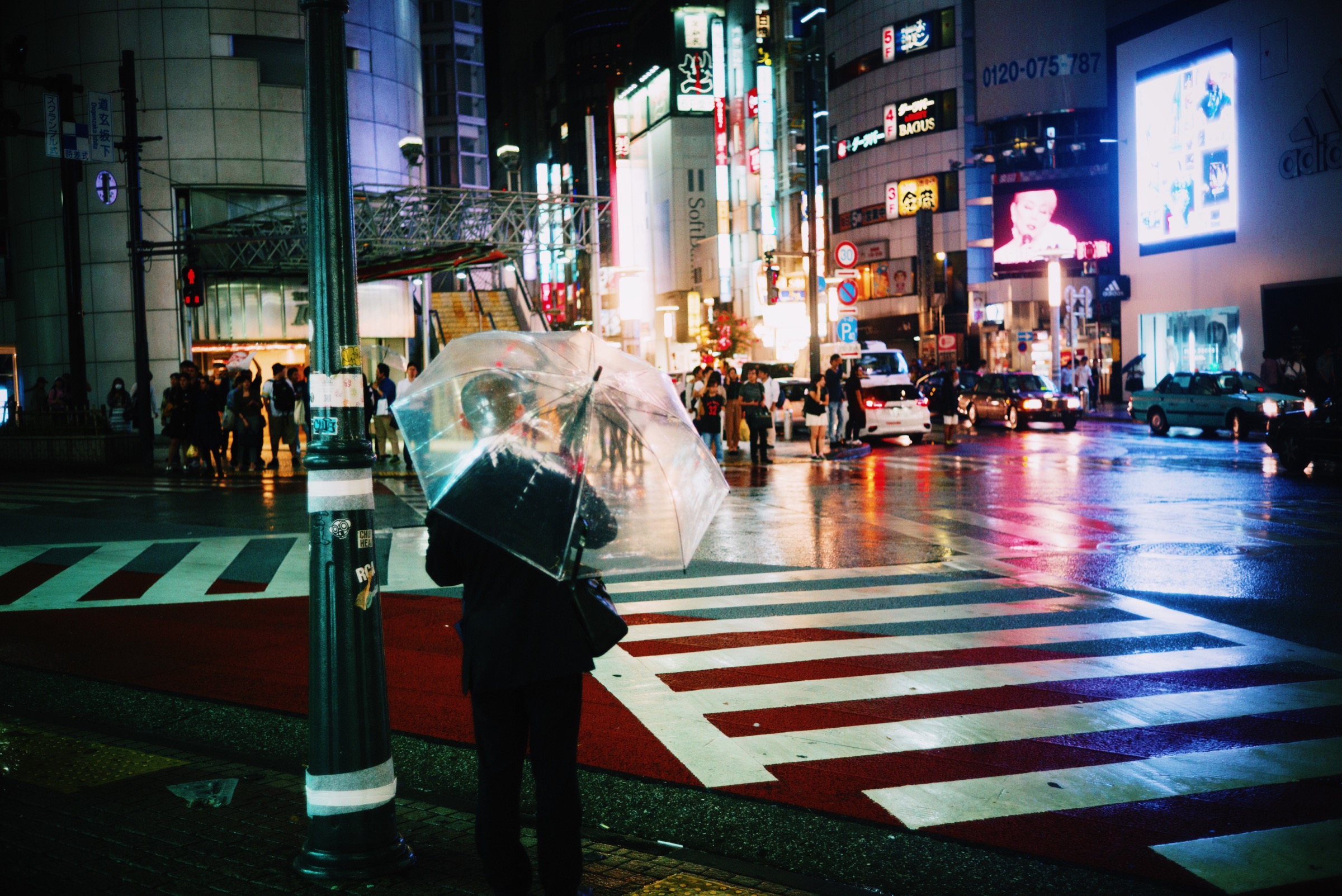 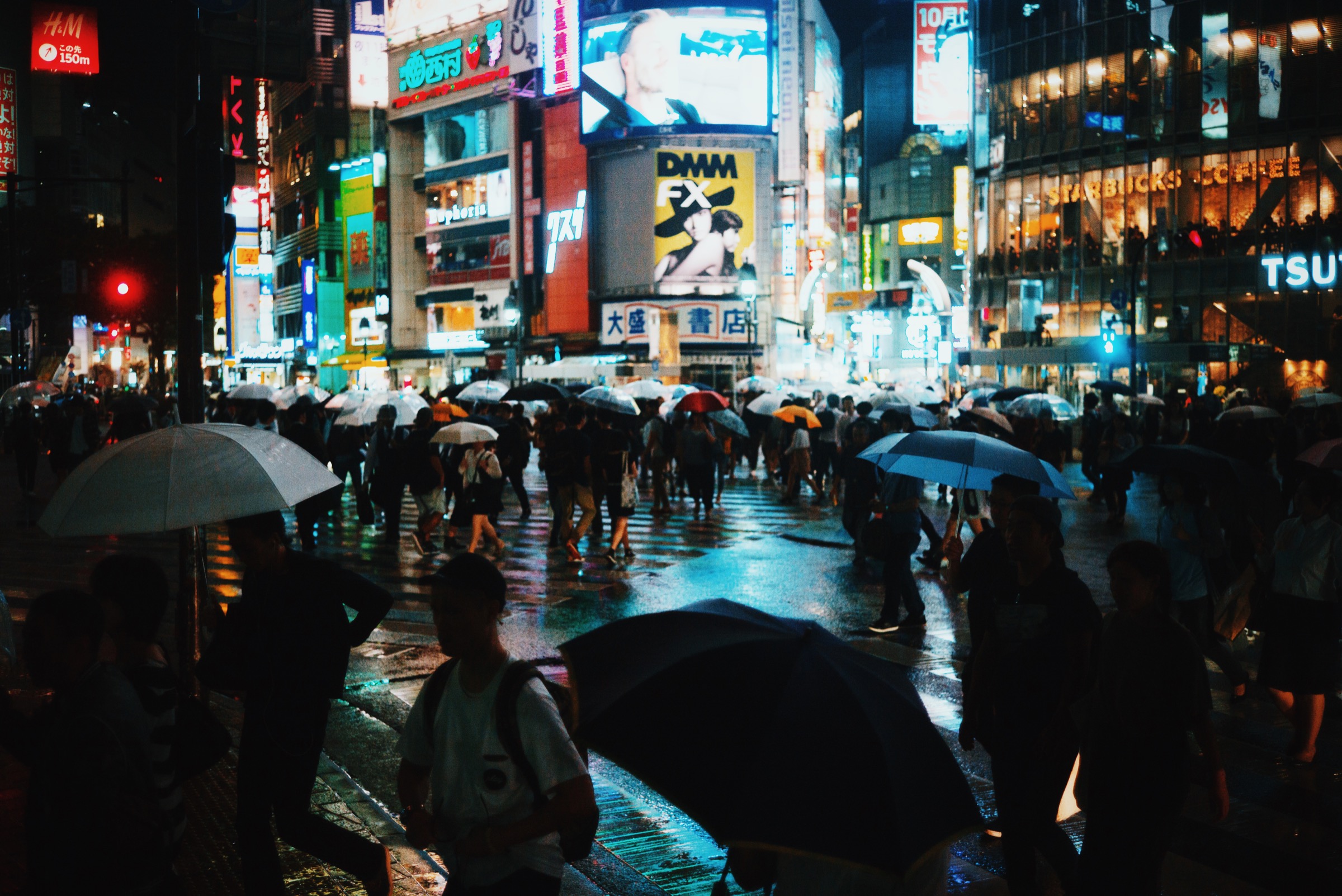 We quickly realised why nobody wore coats, and stuck to umbrellas instead – as despite the rain, it was still very humid, and jackets just made you feel sticky and minging. Carrying an umbrella was not conducive to taking photographs though – the one down side. 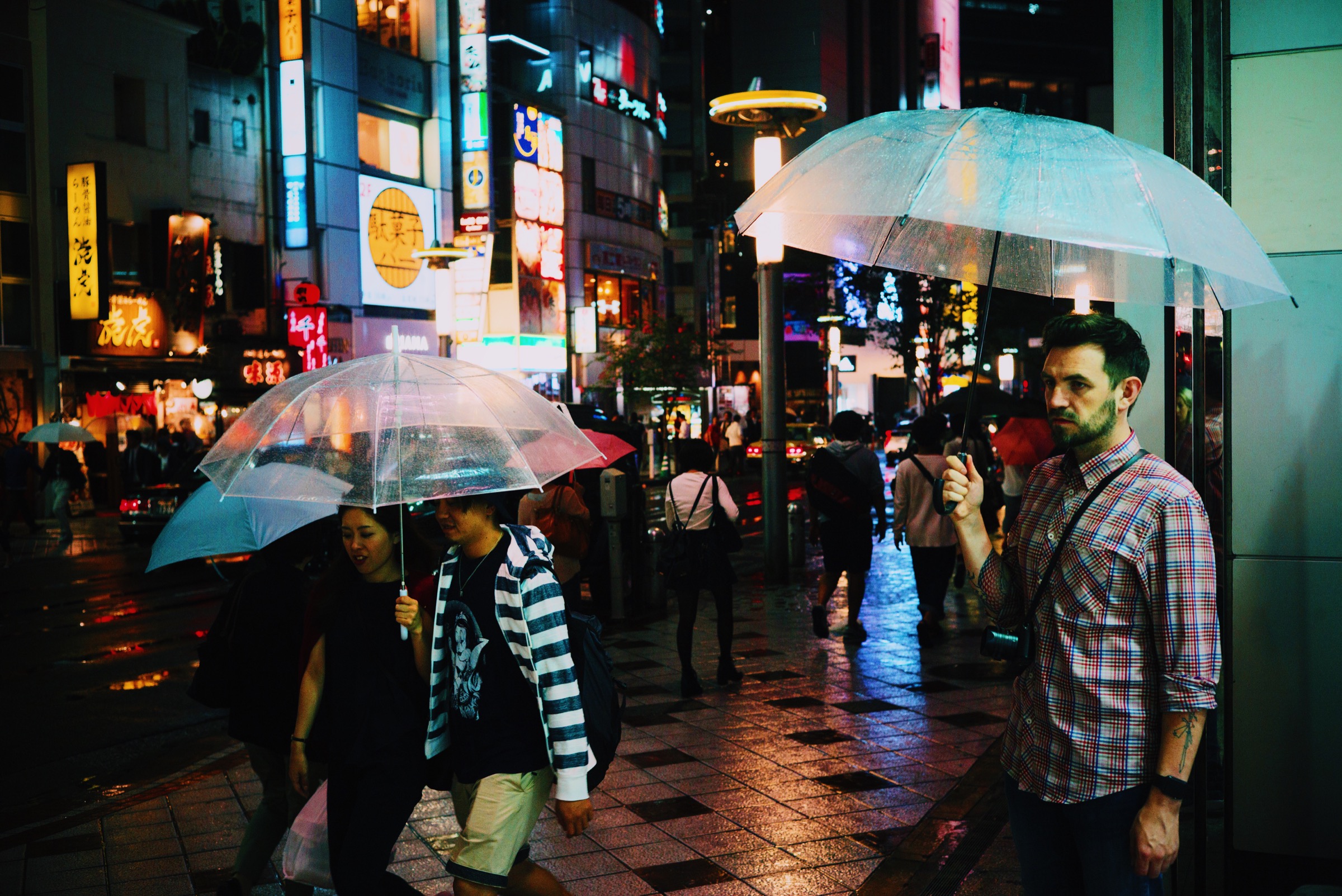 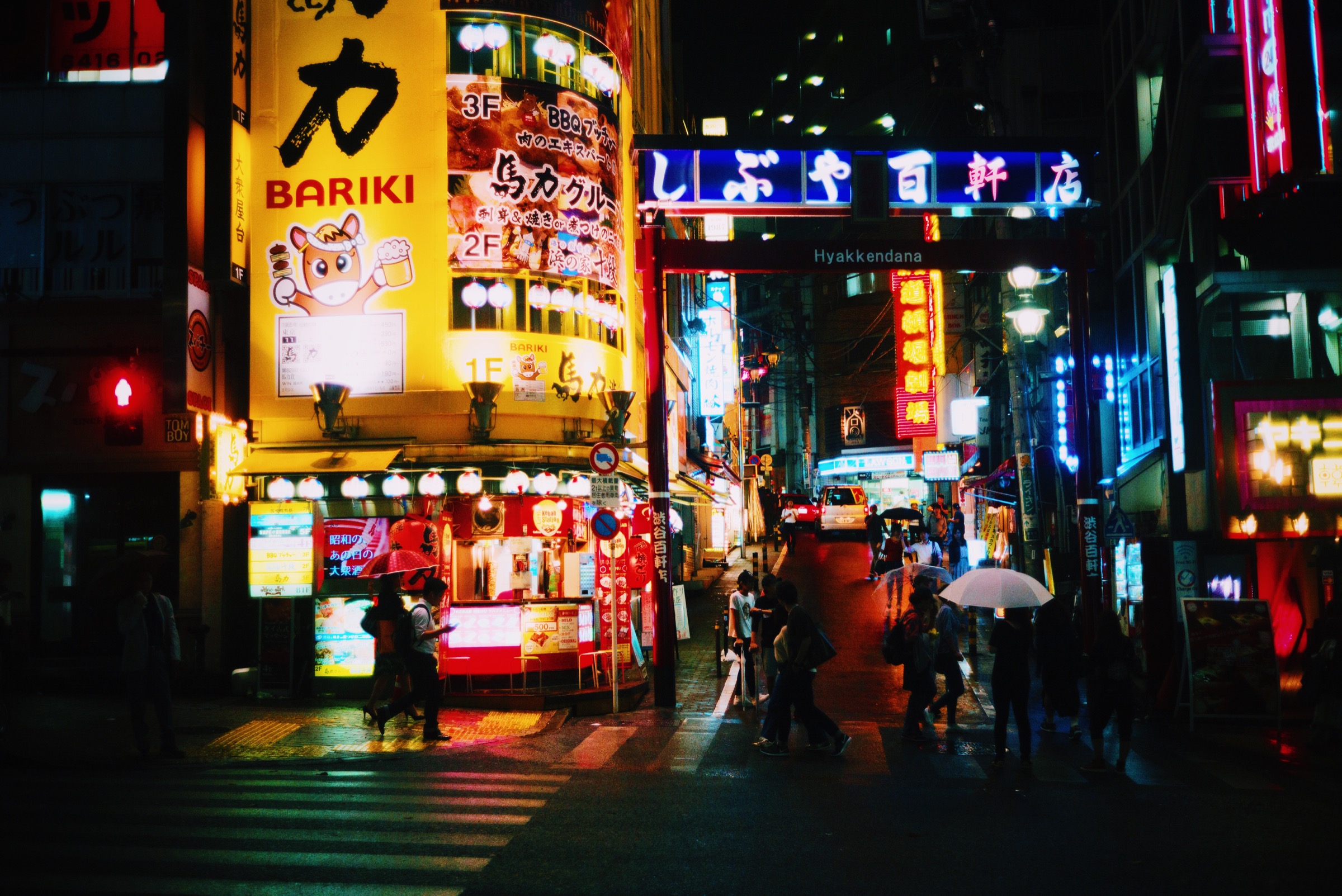 Japan was as wild as to be expected, with strange things going on everywhere. 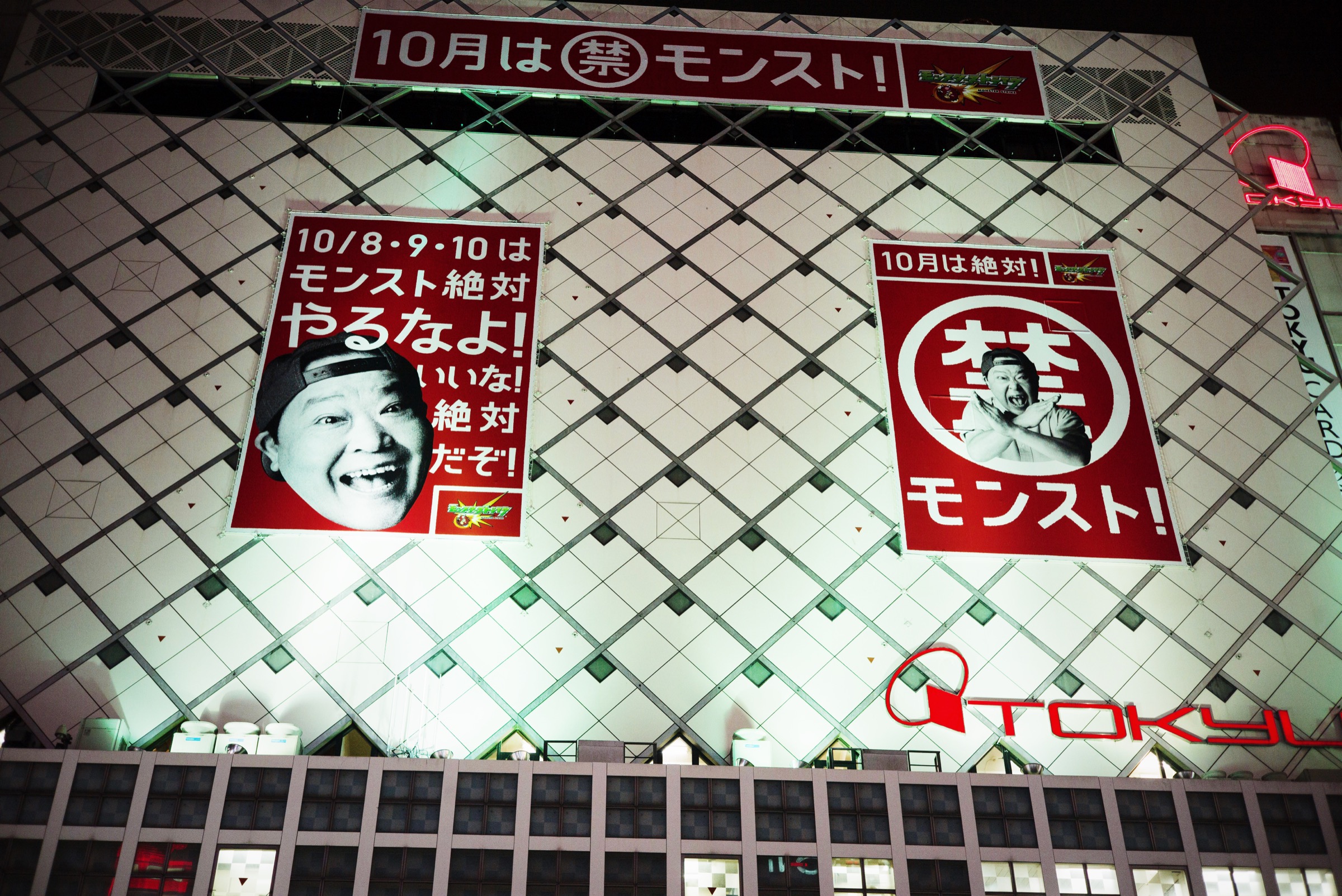 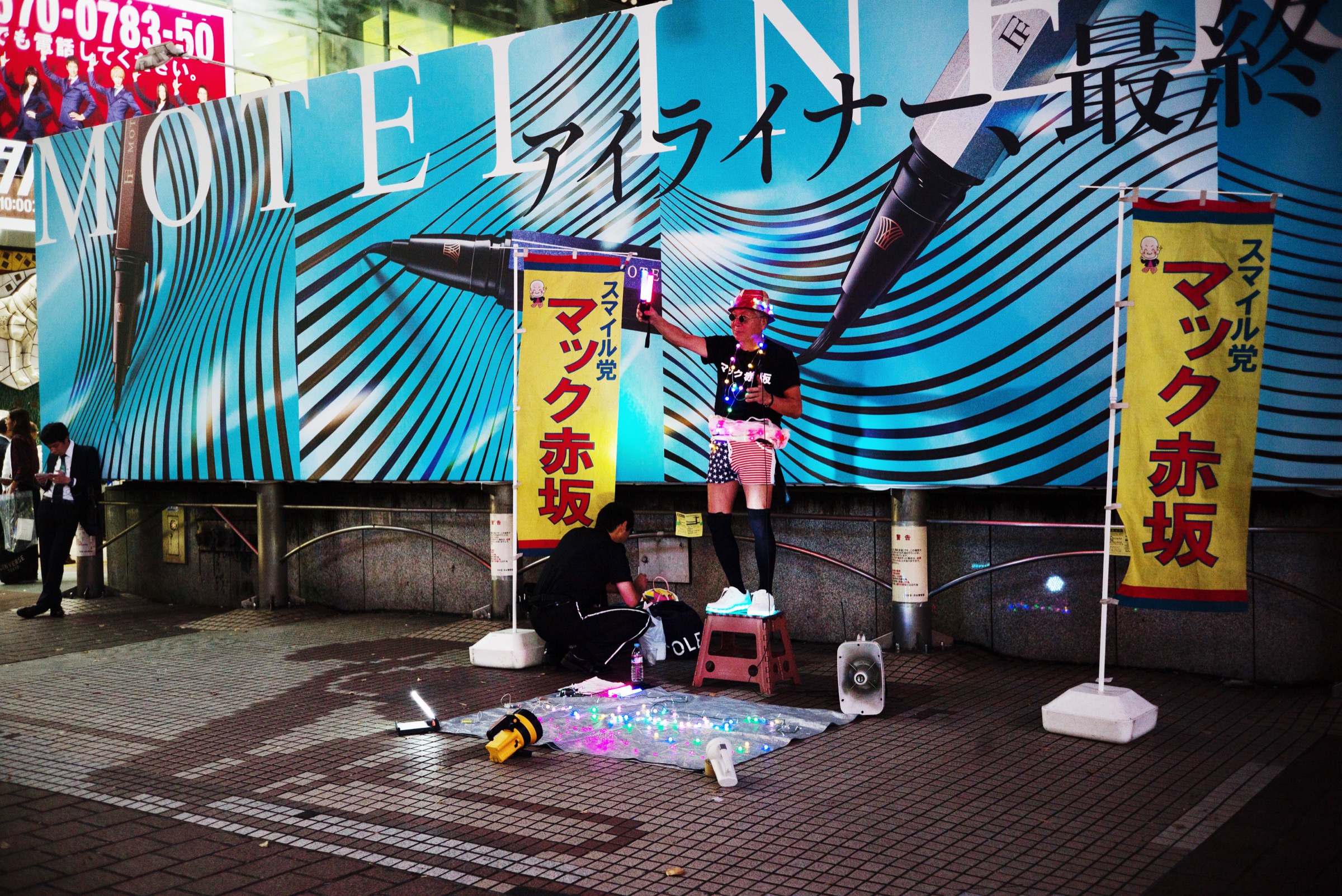 I had hoped to work out how much we were walking every day, but forgot my FitBit’s charging cable at home, which is of course some annoying proprietary thing. We went to some electronics shop to see if they had one, but eh… it turns out the choice was a bit too overwhelming. There were cables of every kind, colour, and length covering walls as far as the eye could see… a mission for another time. 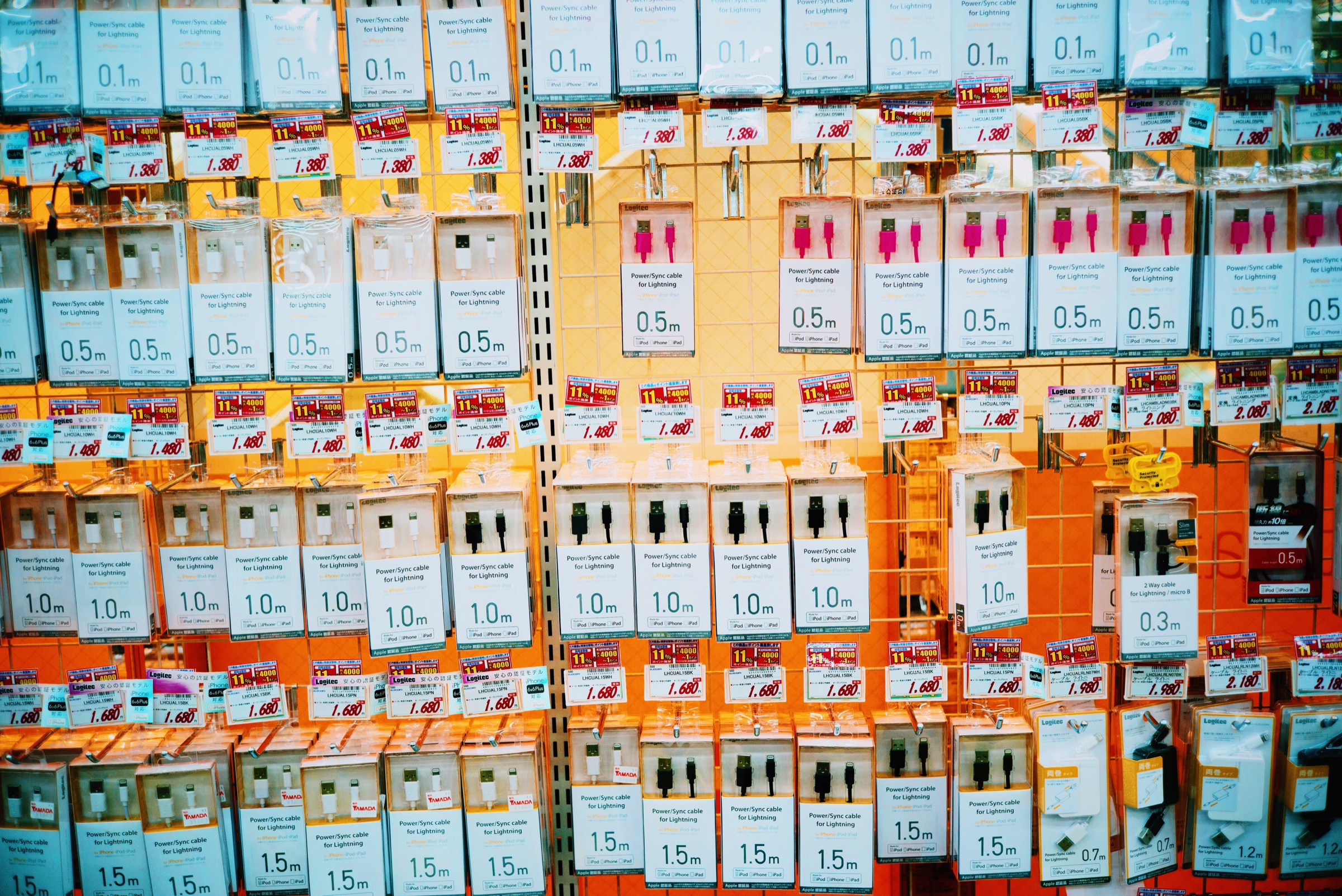 Hot and cold coffee from vending machines that were everywhere. 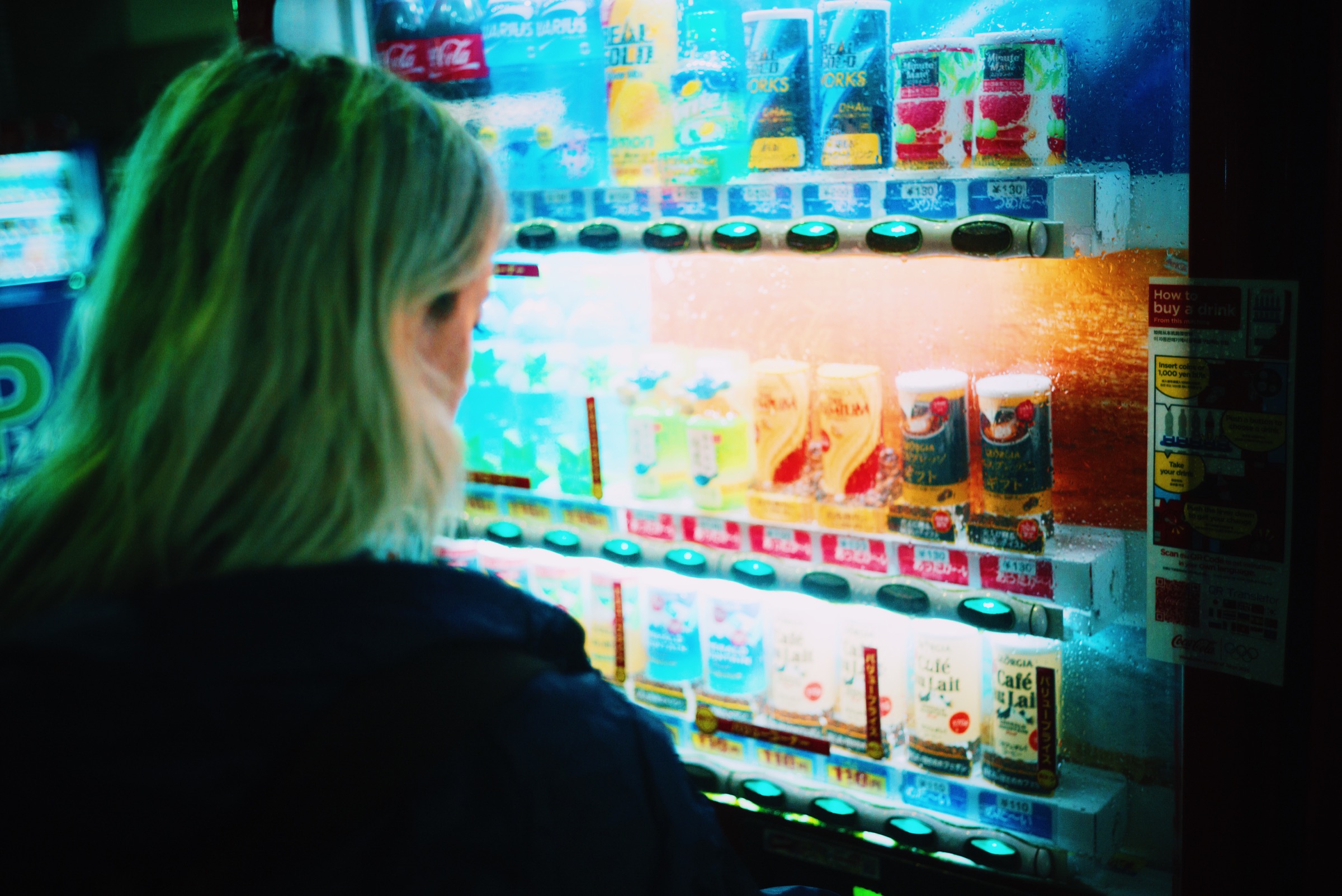 After a walk around, we crashed out, ready to explore the next day. 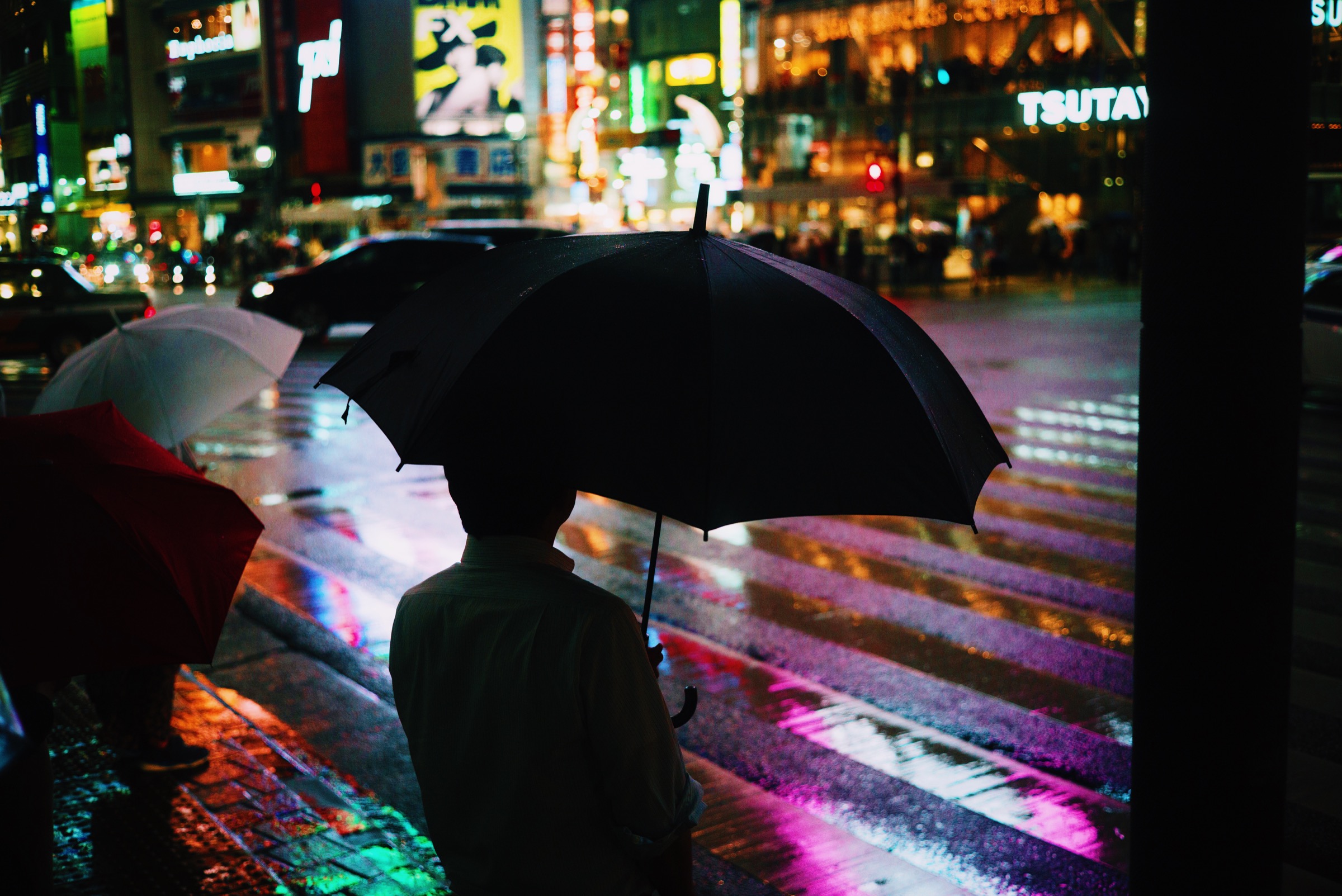