In the first day or so in Japan, we spent most of our time acclimatising by exploring Shibuya and the surrounding areas. It truly felt like we had been dropped into a movie set, and it was difficult to resist just taking pictures of everything we came across.

I vividly remember us going to a supermarket to get a drink, and having no idea what we were confronted with in the vast fridges… and how awesome it was. 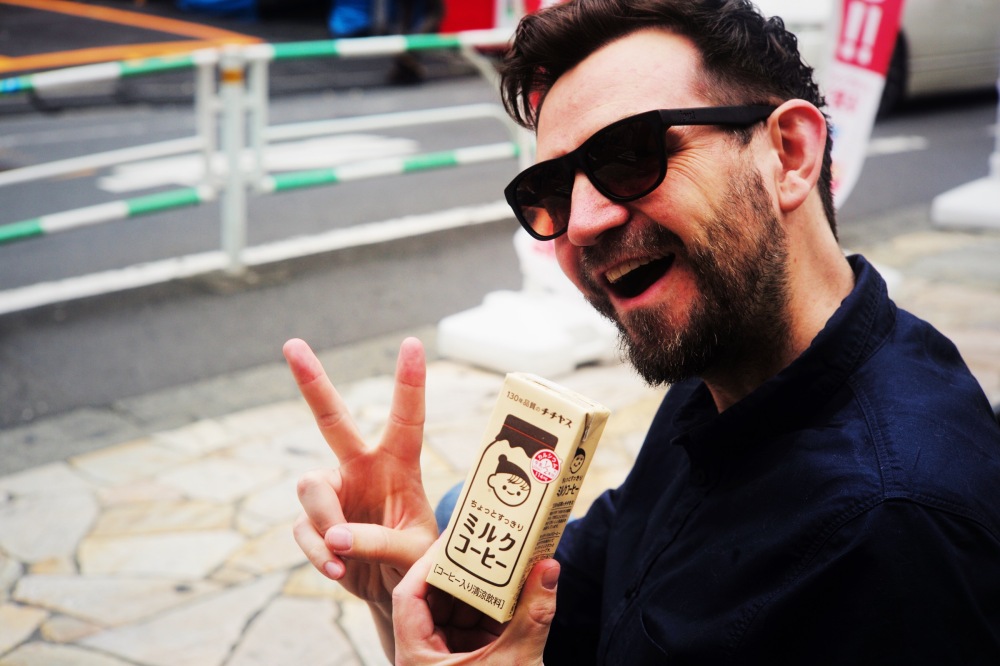 Everything was so different and all encompassing that it felt like we could barely go a street before we had to stop and just let it all soak in. We hadn’t even been there a day yet, but it was so unlike anything any of us had ever experienced before, that it seems safe to say that we would have happily spent months just wandering about at that moment in time. 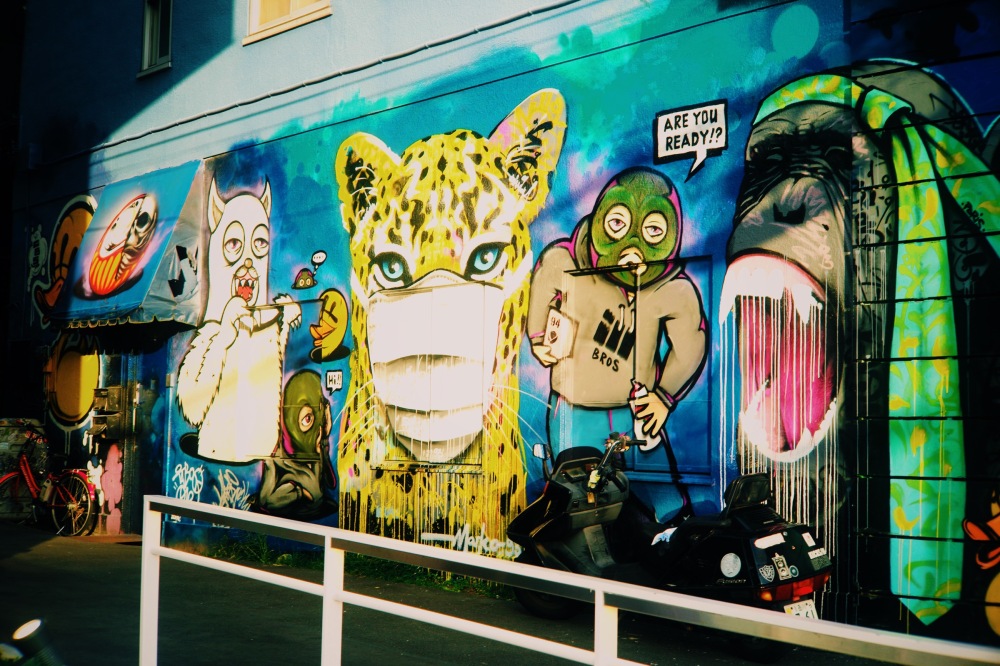 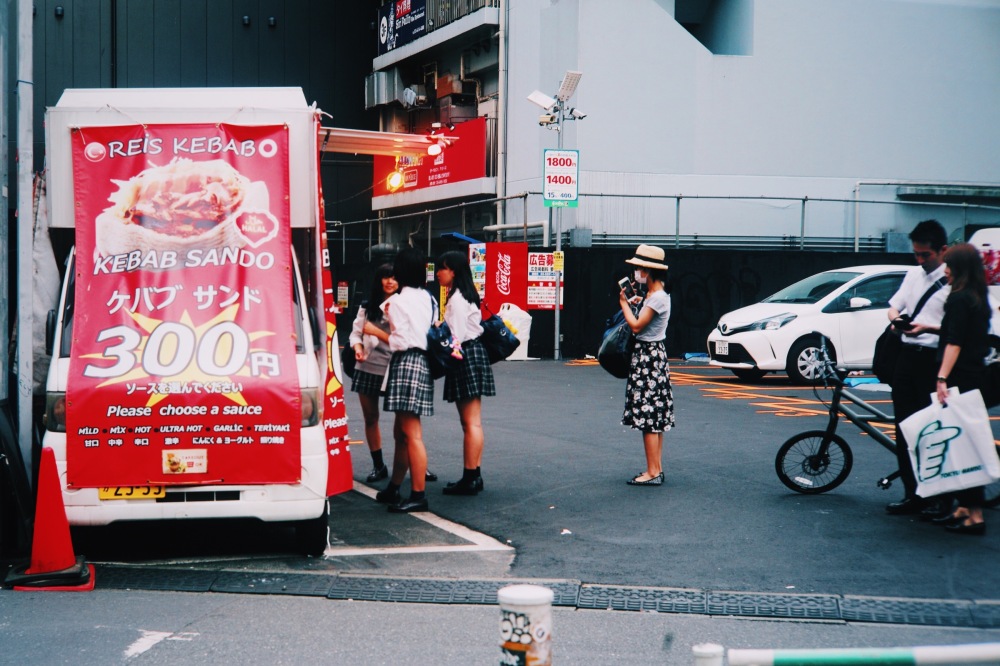 We dived into one of the many ‘arcade’ style places on the street and had a look about. I’m not sure if we even tried any of the machines, but I do remember taking photos on some weird ‘beauty’ machine which was like a Passport photo machine, but extra kawaii. 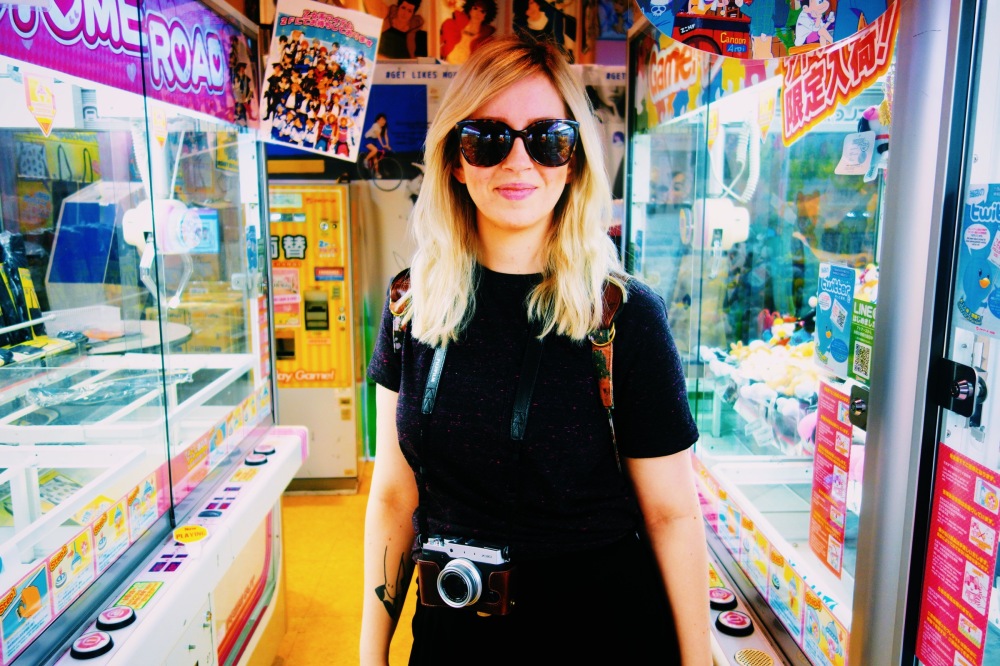 Even the most mundane of scenes were vibrant and interesting, and we wandered around in a daze, snapping away. 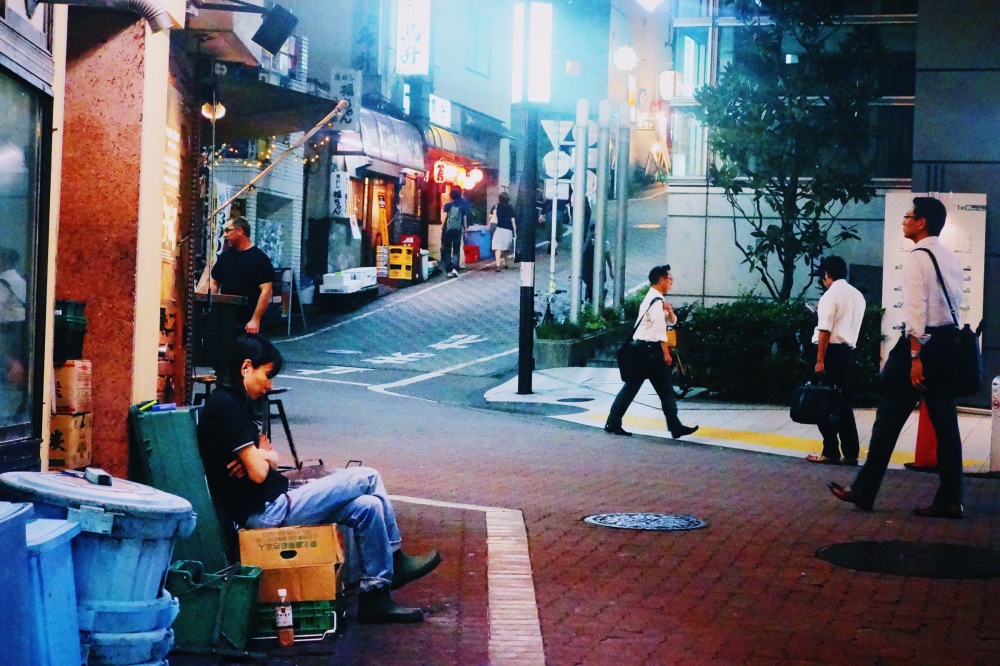 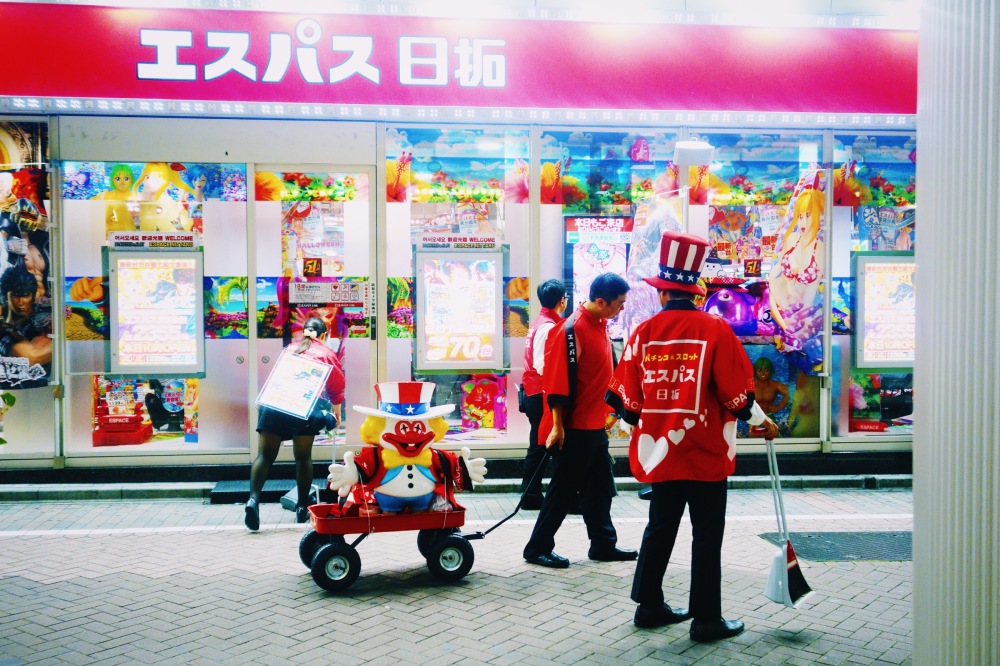 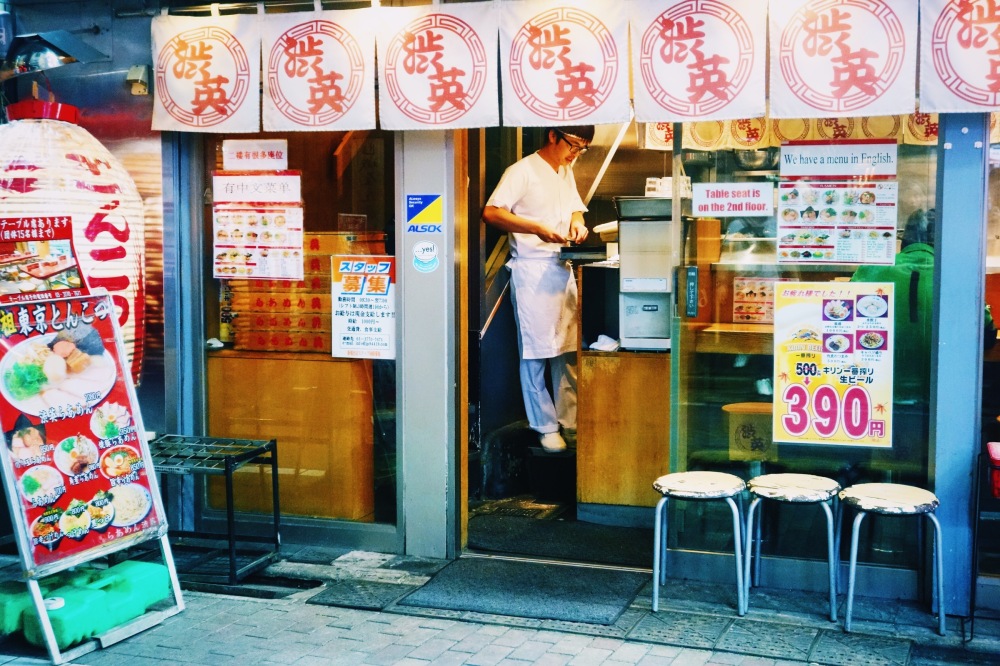 I wonder if Westerners have a stereotype for taking photos of weird things in Japan, like the reverse is sometimes true. 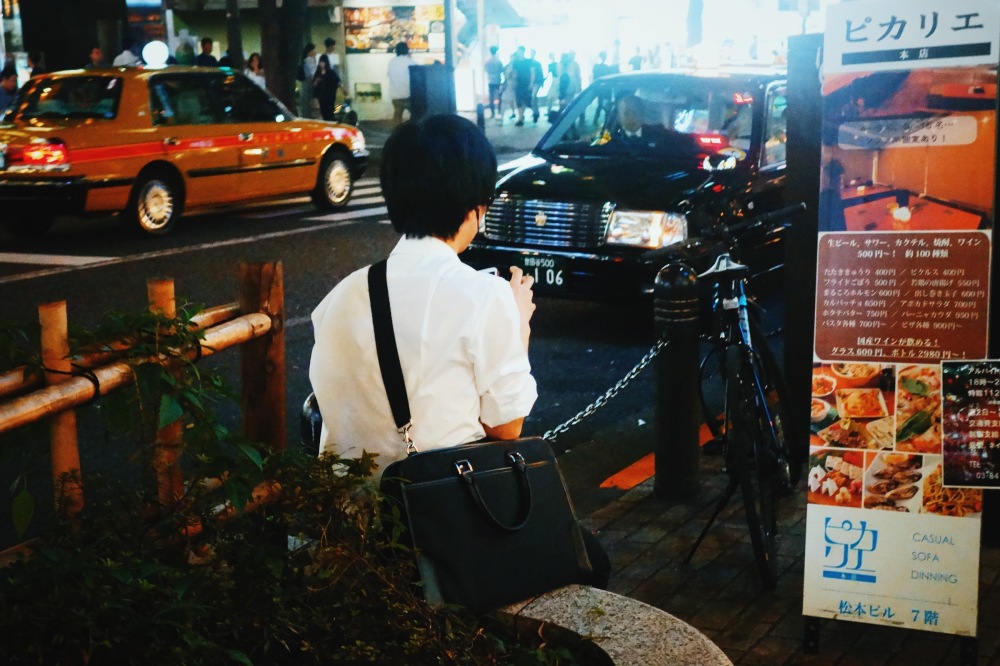 Look at the size of that fag.

There were tiny bars everywhere, in unusual and unassuming places.

We ended up having dinner in a place recommended by our AirBnB host. Trying to navigate somewhere with only Japanese signs was taxing enough for our first day, never mind trying to decipher what we wanted on our own.

We ended up having some interesting dishes, including something that literally looked just like chives standing upright with an egg on top of them. Sounds pretty terrible, but it was genuinely one of the best things I’ve ever tasted in my life. I have no idea how, or what they did to those chives, but it was great. For a look at it, check out Grace’s picture here.

We hadn’t been there long, but it was already pretty clear that there weren’t many foreigners around (proportionately); that most people either didn’t speak much English (or were too shy to do so); and that people were genuinely friendly and interested in where you were from. This was confirmed come the end of the meal when the waitress asked where we were from in broken English, before presenting us with this complimentary dessert plate shortly afterwards. She had obviously gone and Googled how to say thank you in Scottish (Gaelic), which was a really nice thing to do, and something that still makes me smile when I think about it. Interestingly enough, you don’t tip in Japan, which means that it wasn’t done out of some fishing expedition. I will also admit to not knowing what the Gaelic said until I Googled it myself, but that’s another story.

One of the cool things about working for a relatively small company with people all over the world is that there is usually someone pretty close by no matter where you go. As it happens, my wonderful friend and colleague Naoko lives in Tokyo, and there was a local WordPress meetup happening, so we headed across town to meet up with them. It meant navigating the transit system though…

To be honest, it was surprisingly easy – especially with the help of Google Maps timetables. Things run frequently, orderly, and on time.

People really do get on the trains, sleep, then wake up right at their stop. It was pretty wild to witness.

It was really cool to see Naoko in her home patch. When you are thousands of miles from home in a totally alien environment, meeting someone who you have a connection with that can give you real life experience and insight is invaluable, and makes the world feel a lot smaller. 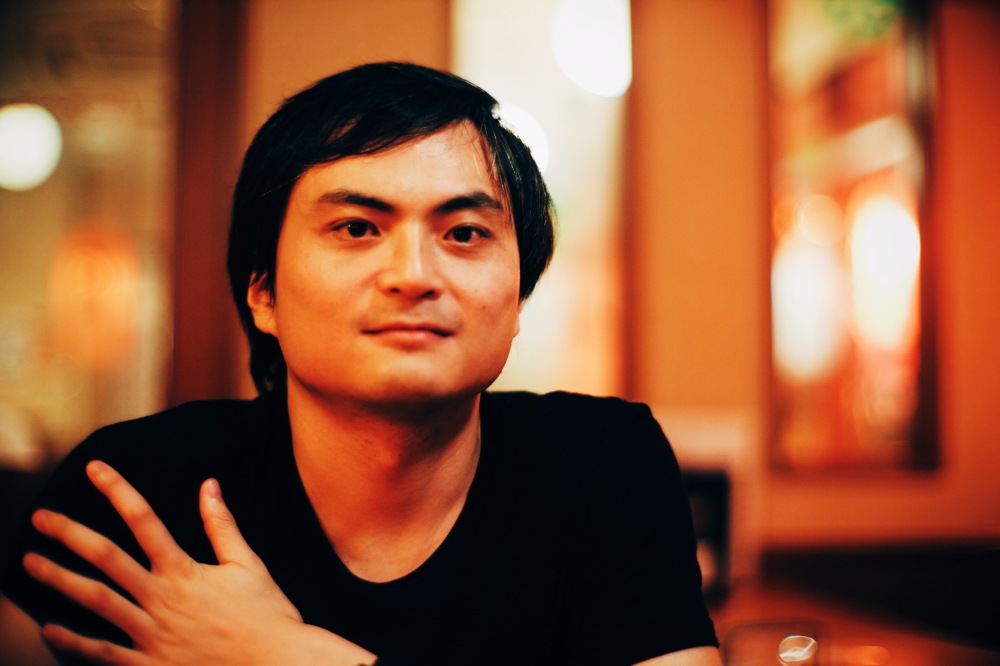 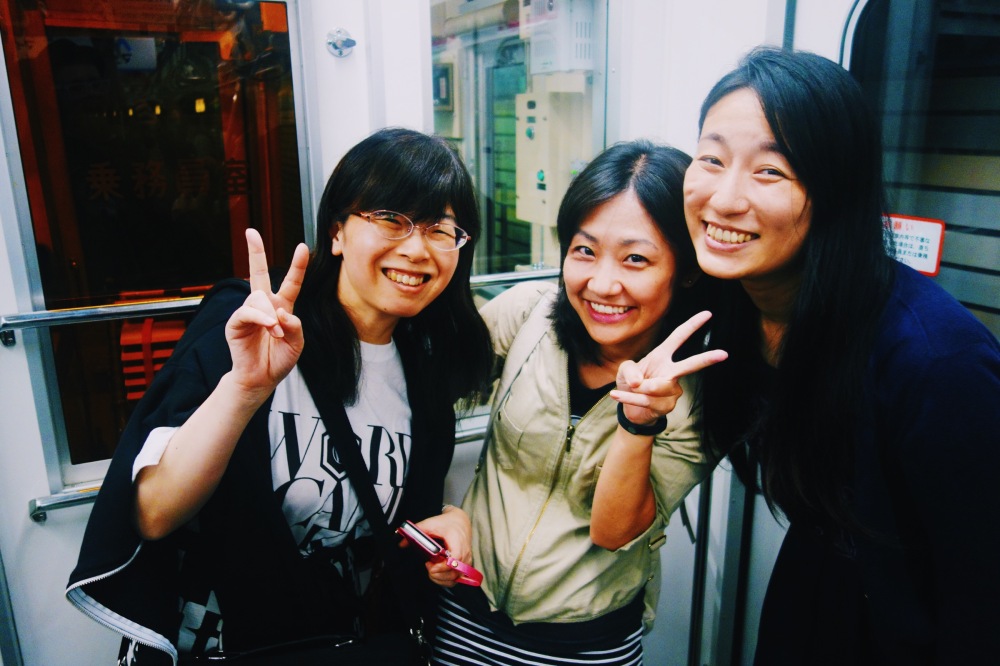 To cap things off, in true Scottish style we ended up drinking far too much in a wee dark bar near our hotel. It’s amazing how travelling can make you feel far too uncool for a place. 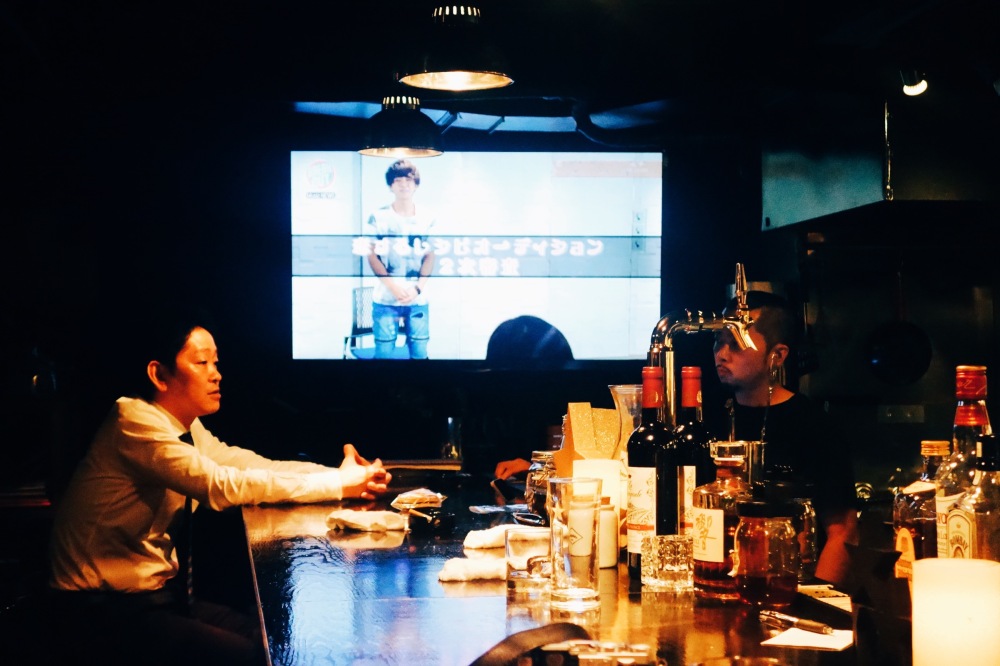 The barman was really nice, and before we knew it, we were sampling a whole bunch of spirits that his gran apparently made. They were delicious. 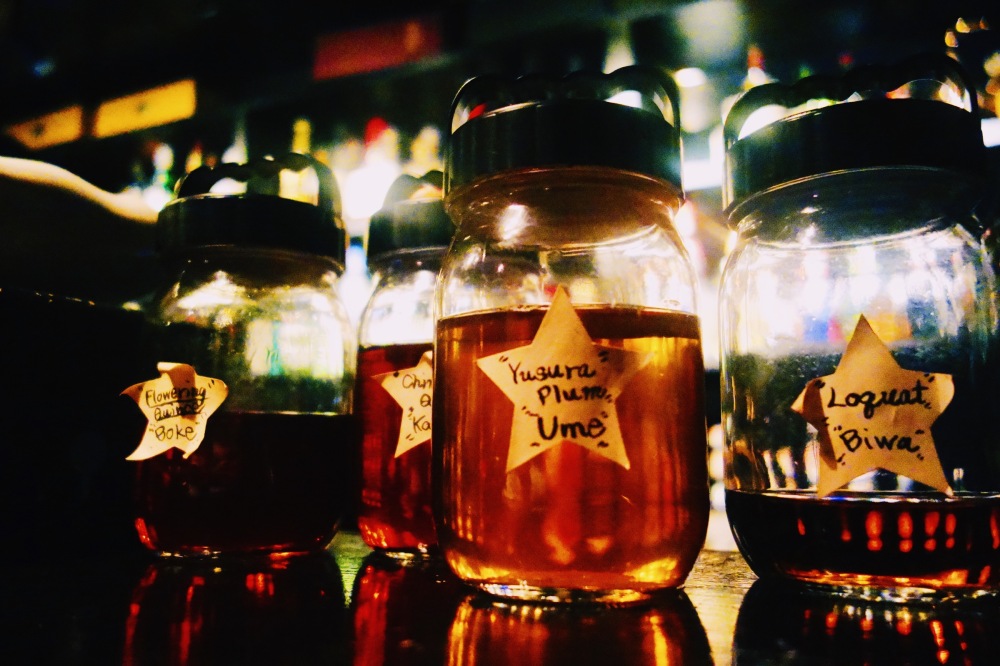