My pal and former colleague James is a pilot, and he had offered to take me up on a flight sometime, should our schedules align. Since my time is a bit more flexible at the moment because of my sabbatical from work, I went through and met him on the East Coast for a jump from Fife to Prestwick. 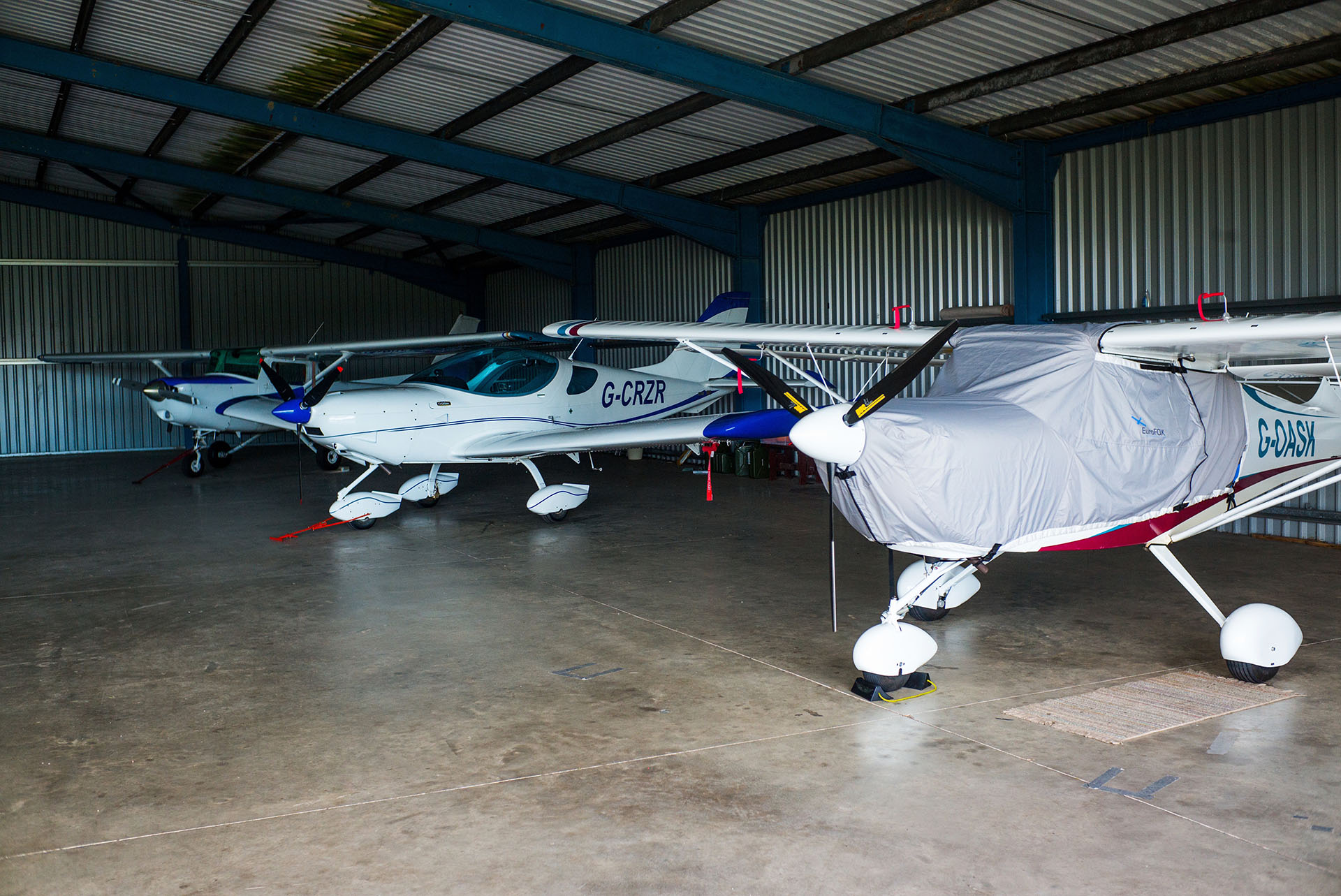 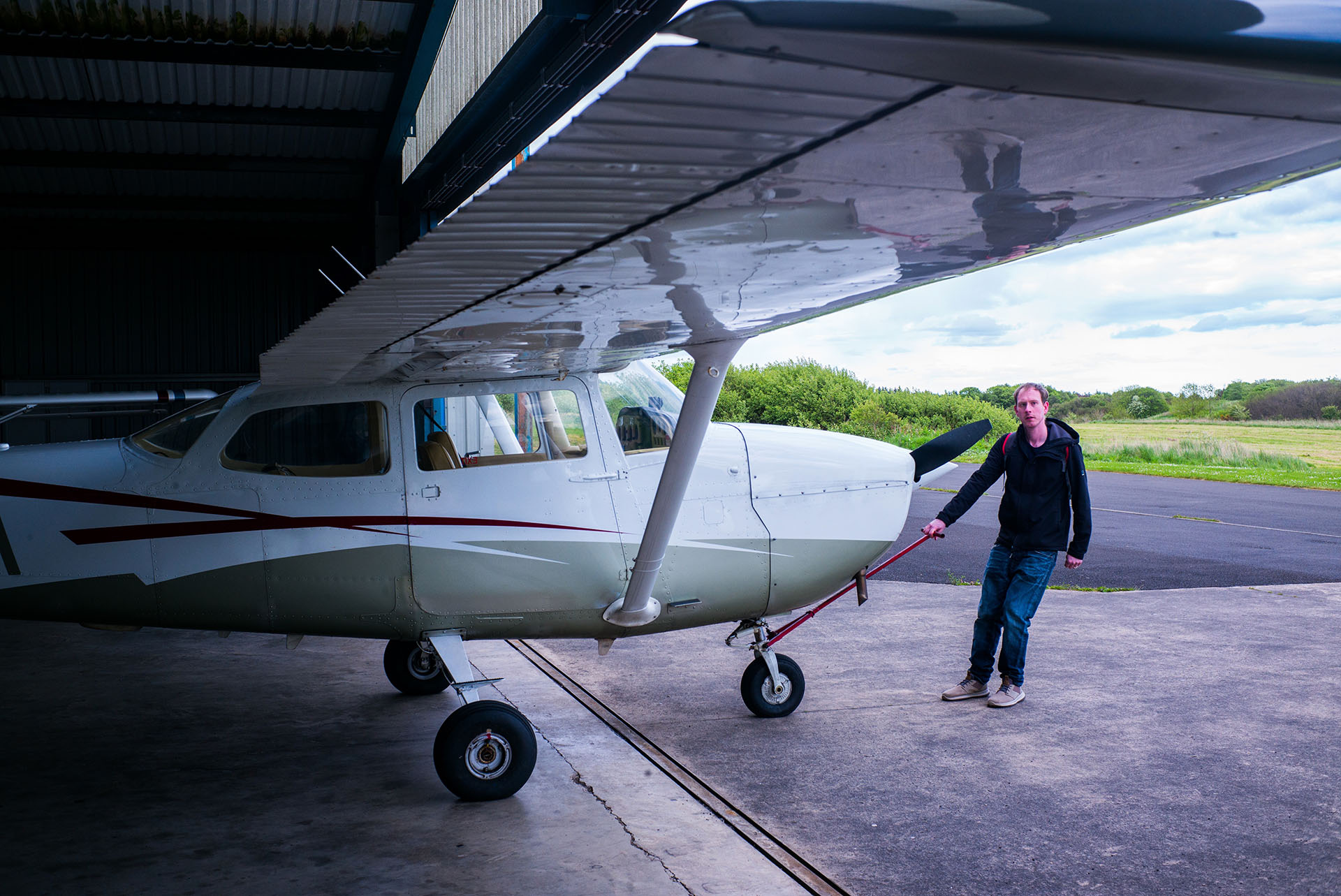 Here is the wee beauty of a plane that we flew over. It is apparently from the 60s, and felt like being in a vintage car… souped up with modern electronics, including WiFi. I can barely get WiFi on a British Airways flight. 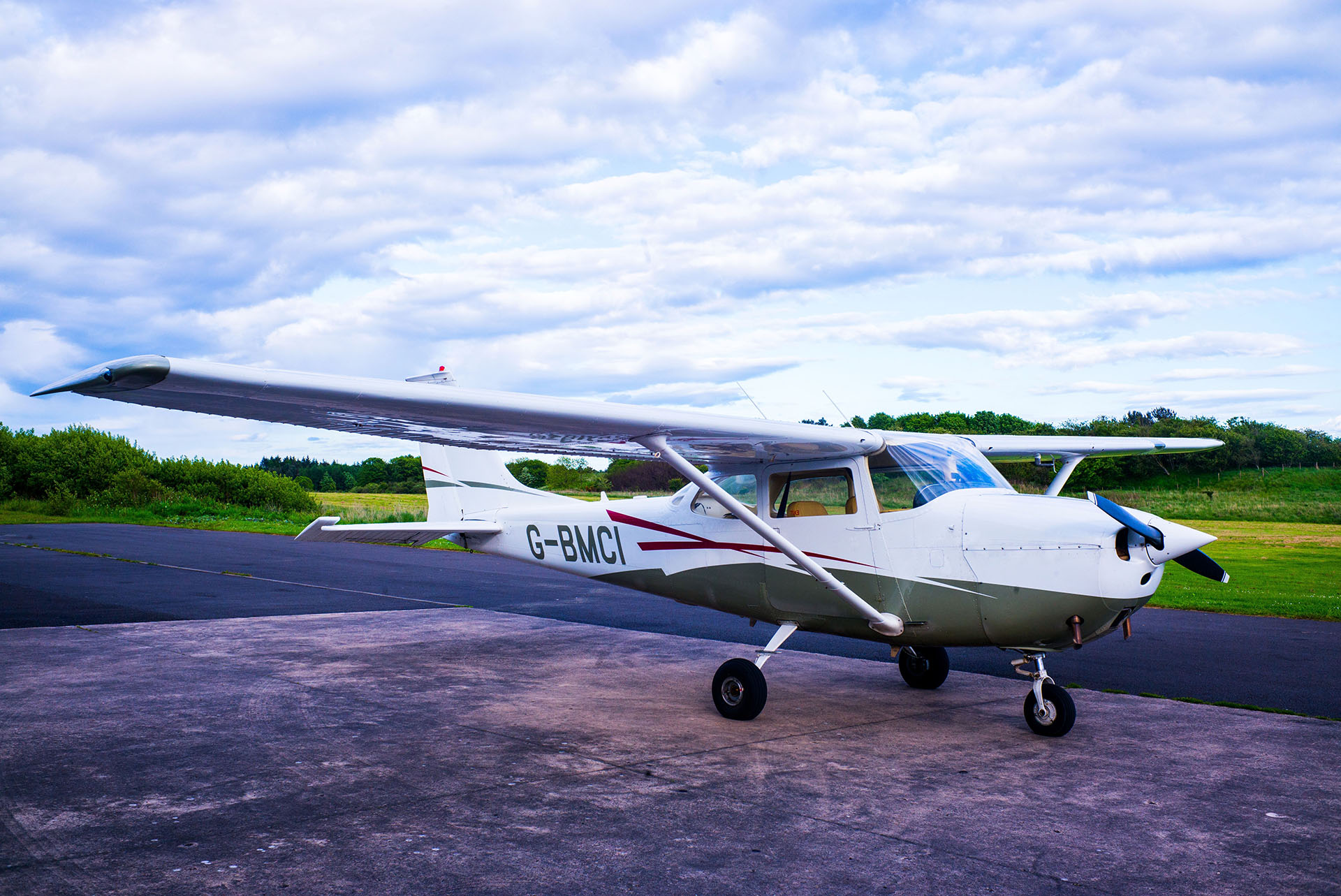 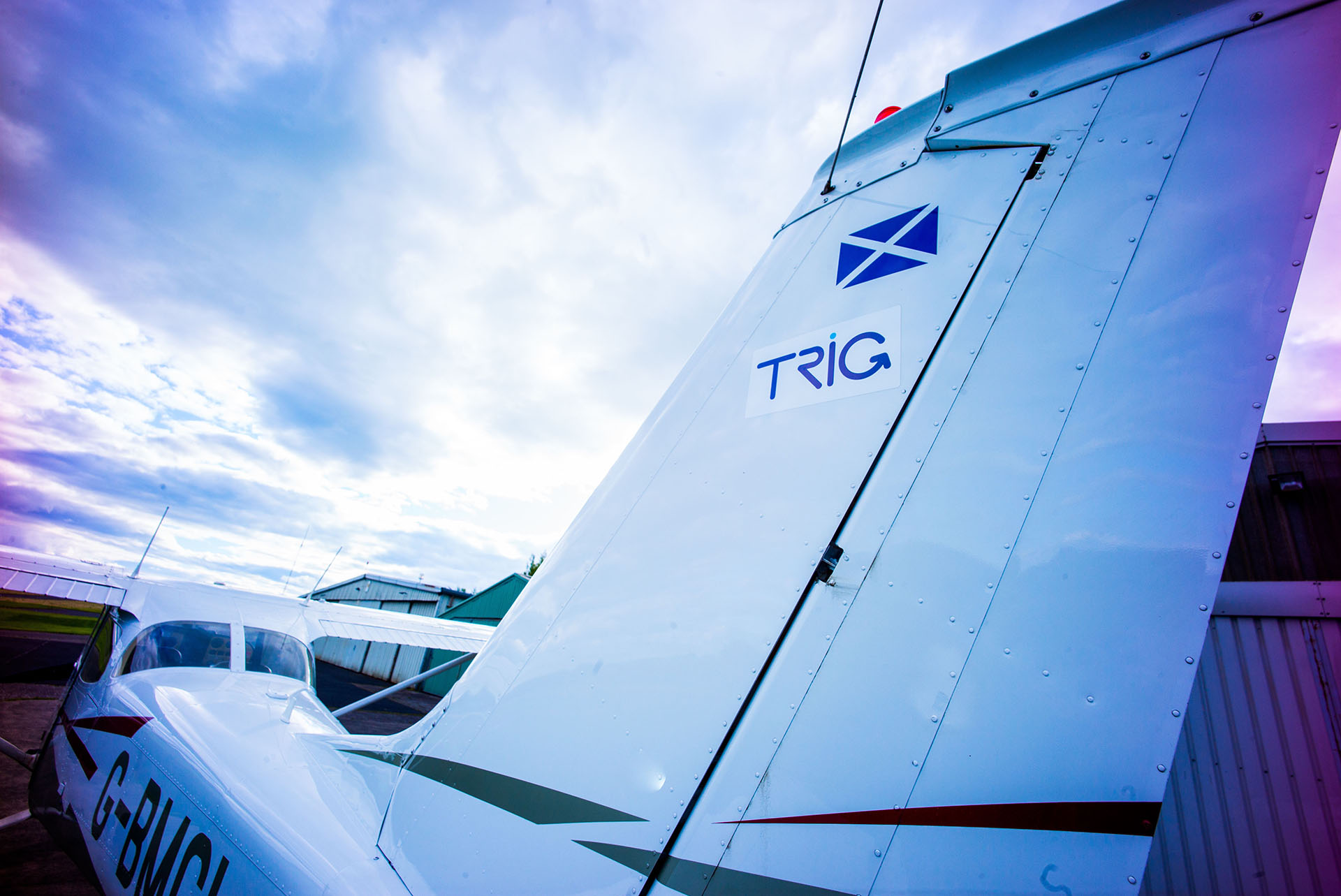 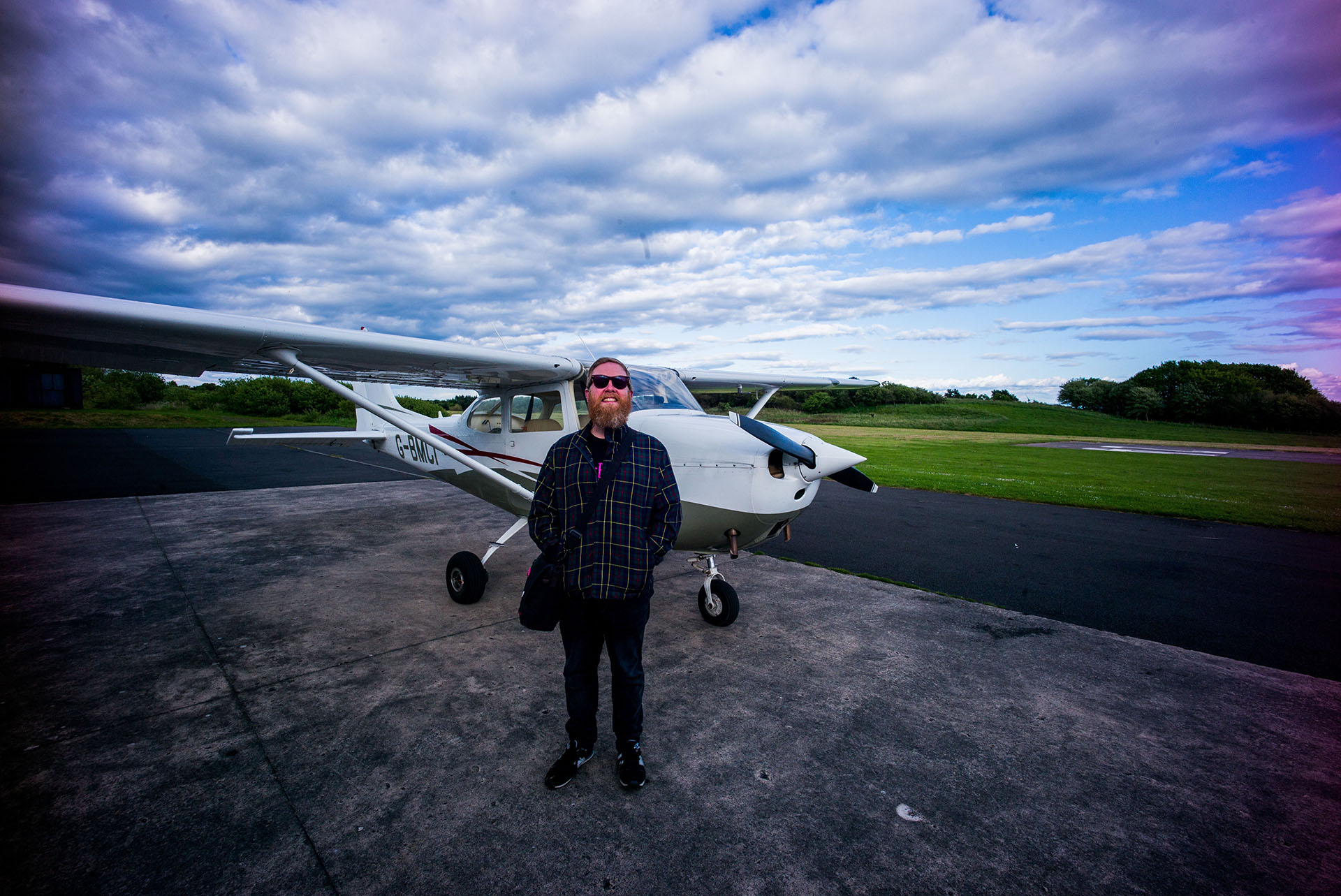 The cockpit was awesome. 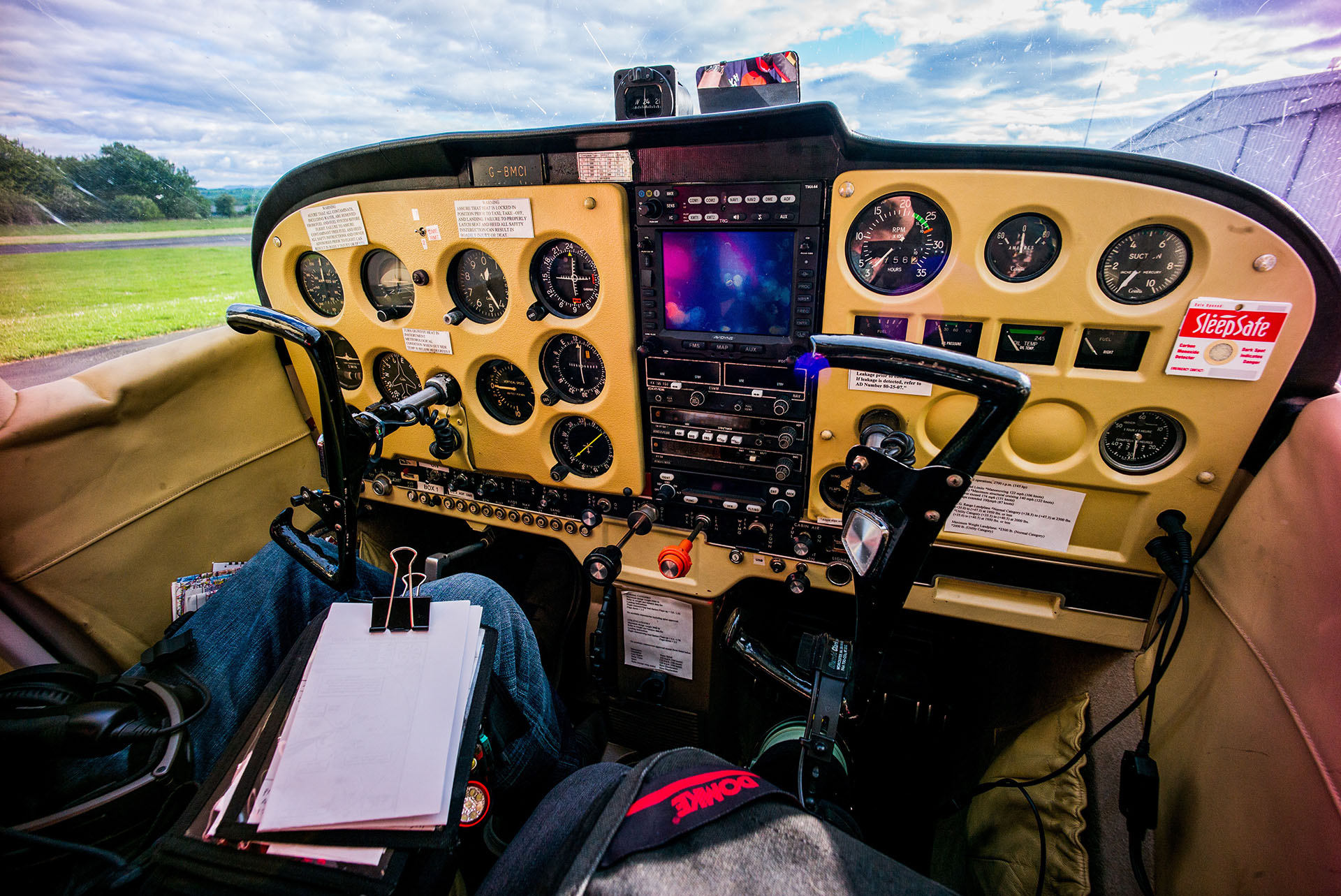 The view was amazing, and reminded me of just how green Scotland is. 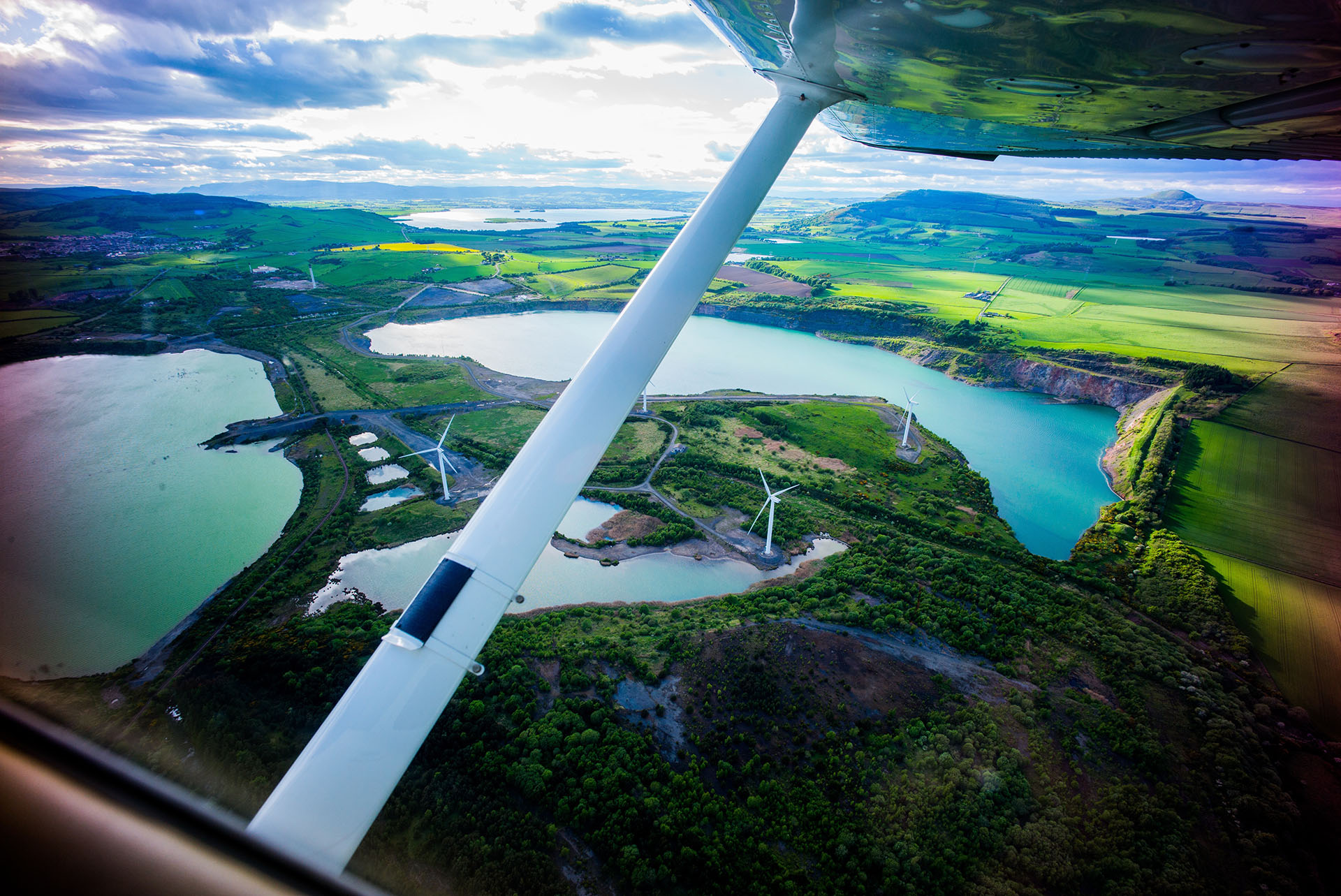 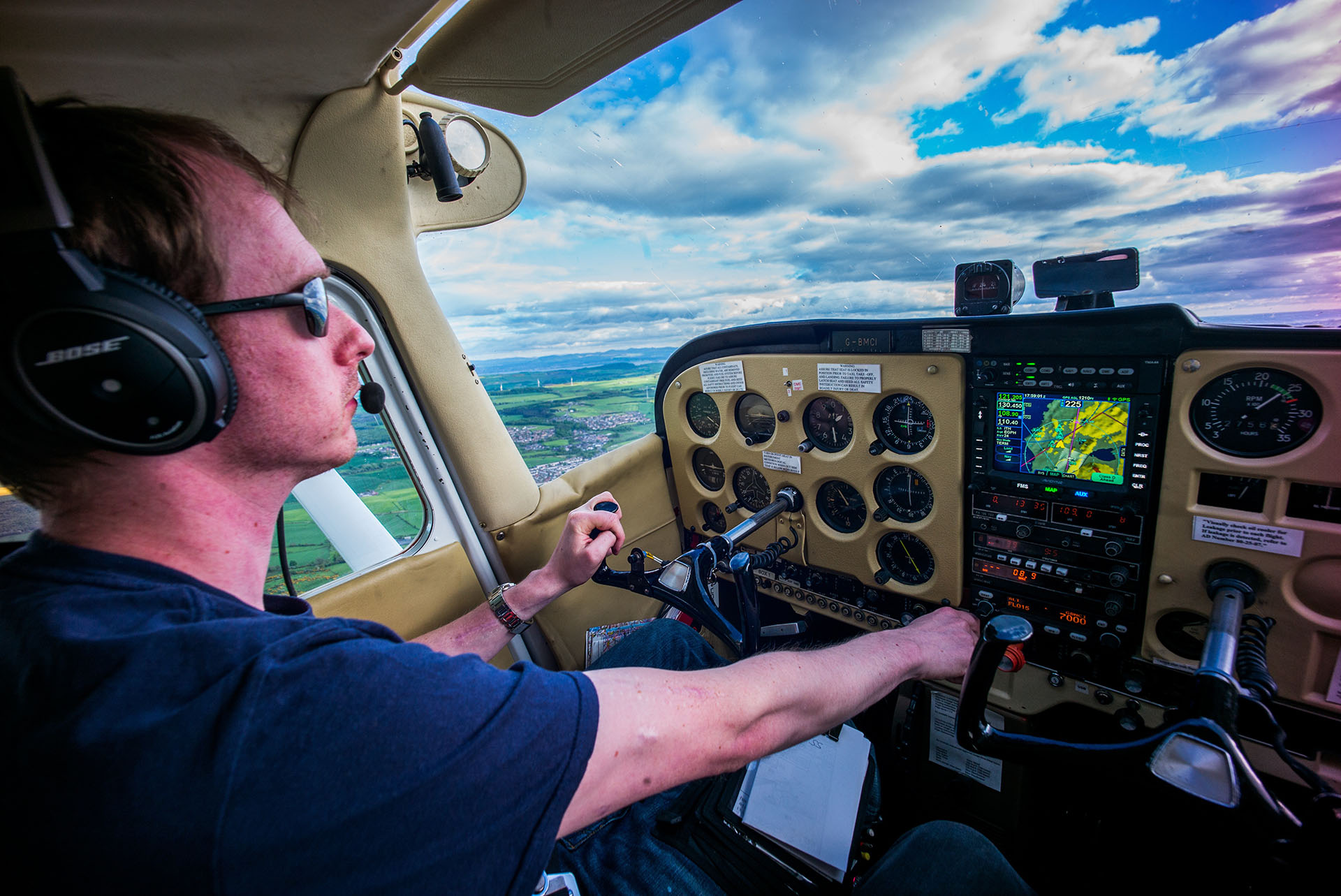 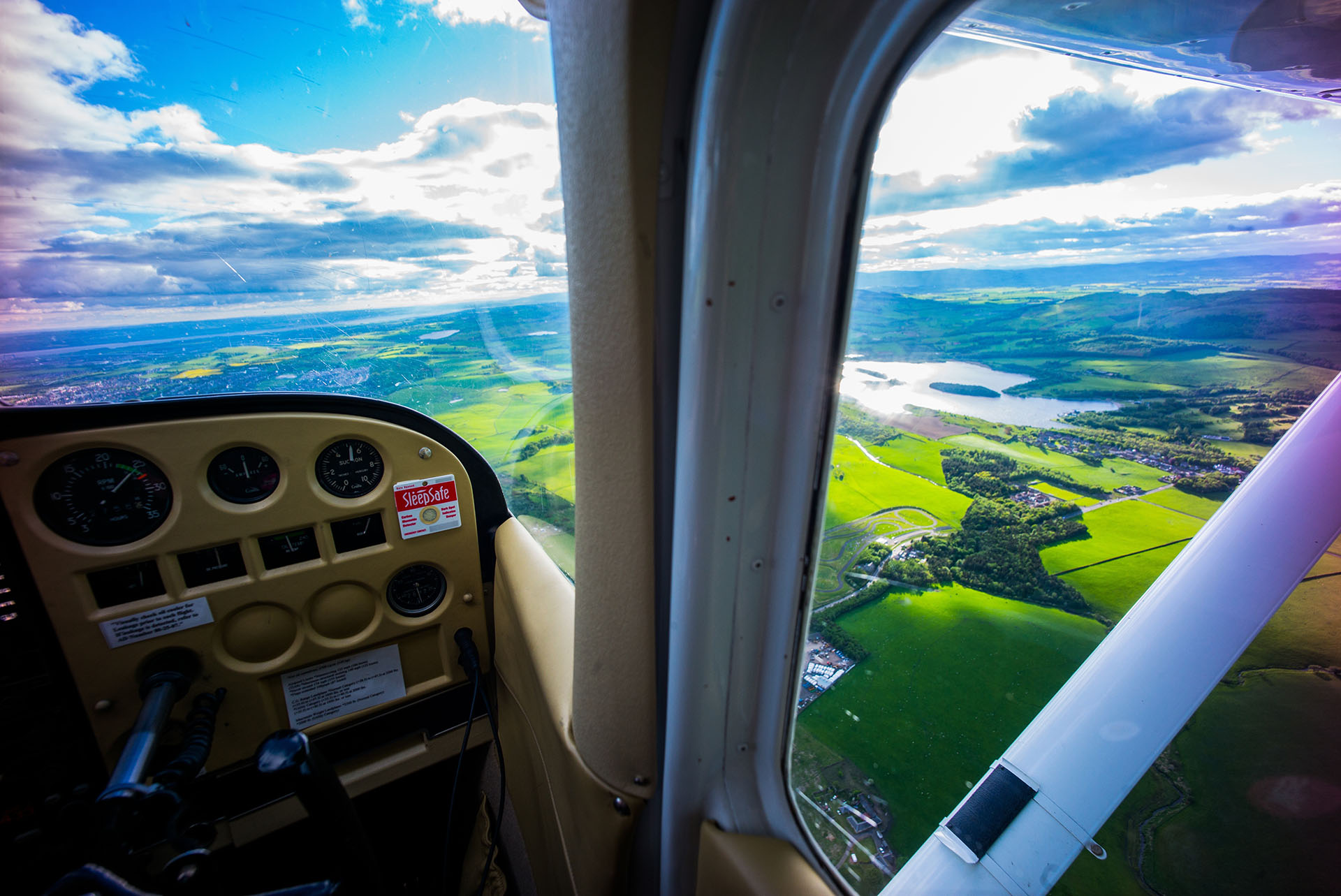 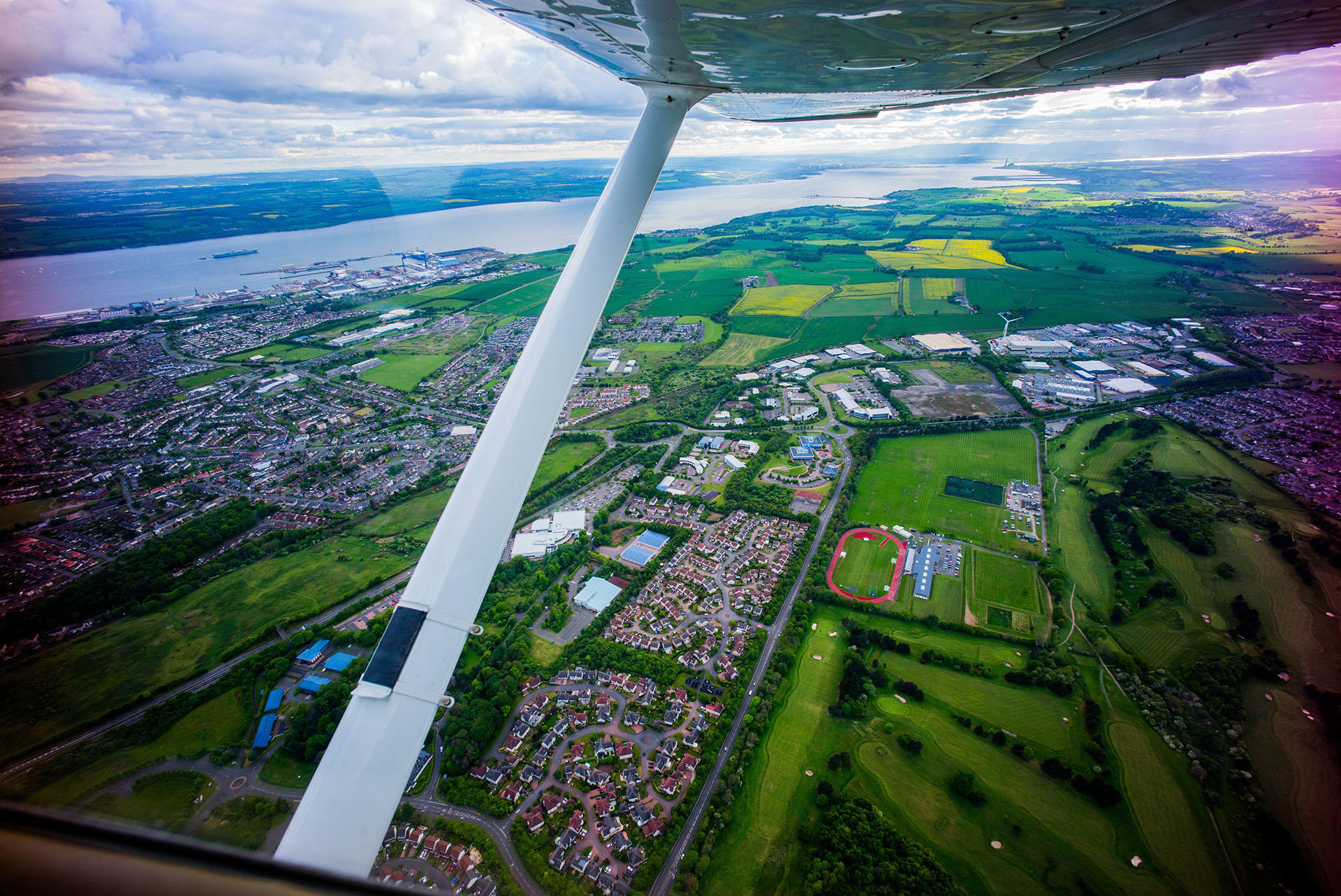 We got permission from air traffic control to divert over the Forth and have a look at the famous bridges. 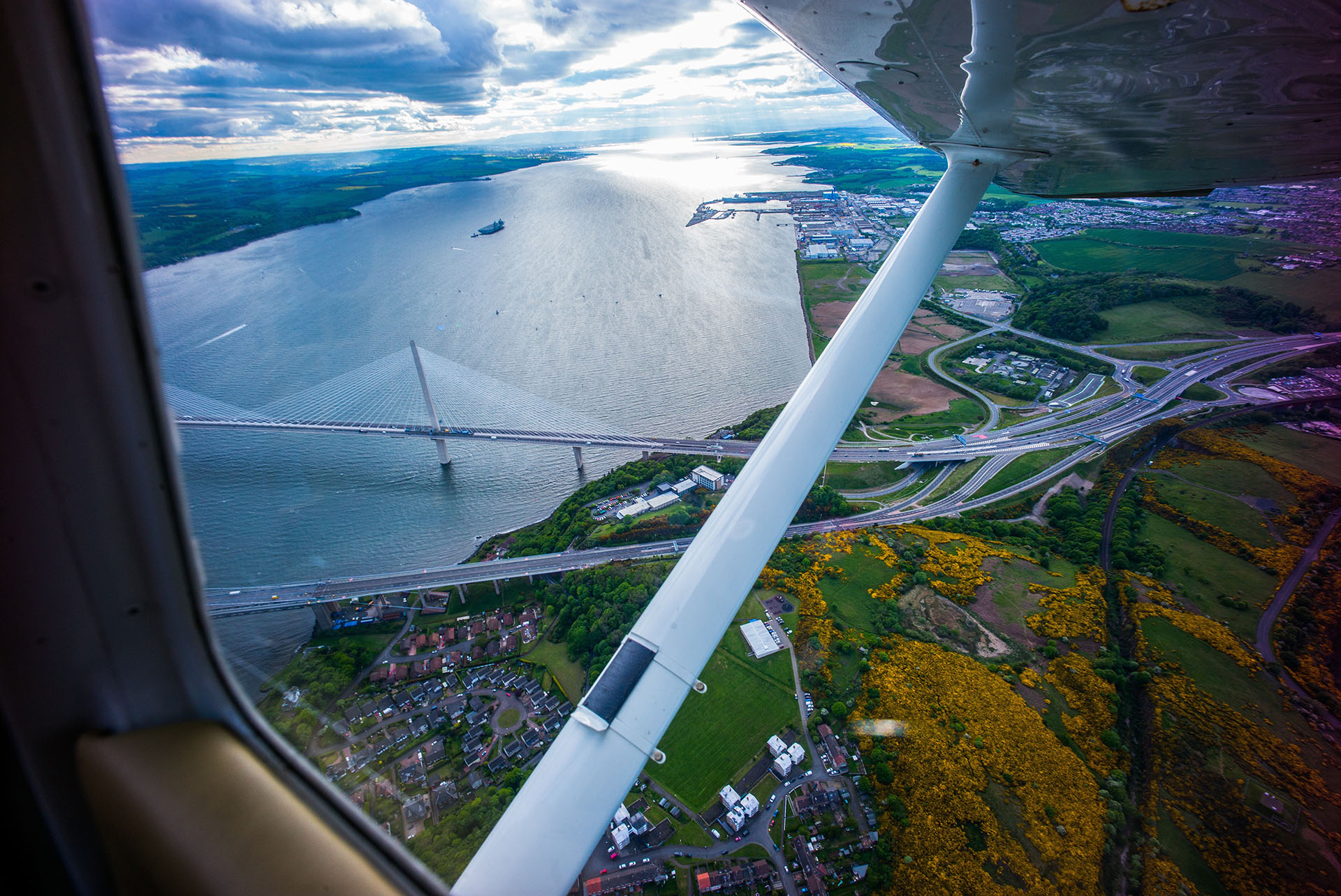 This was pretty surreal. 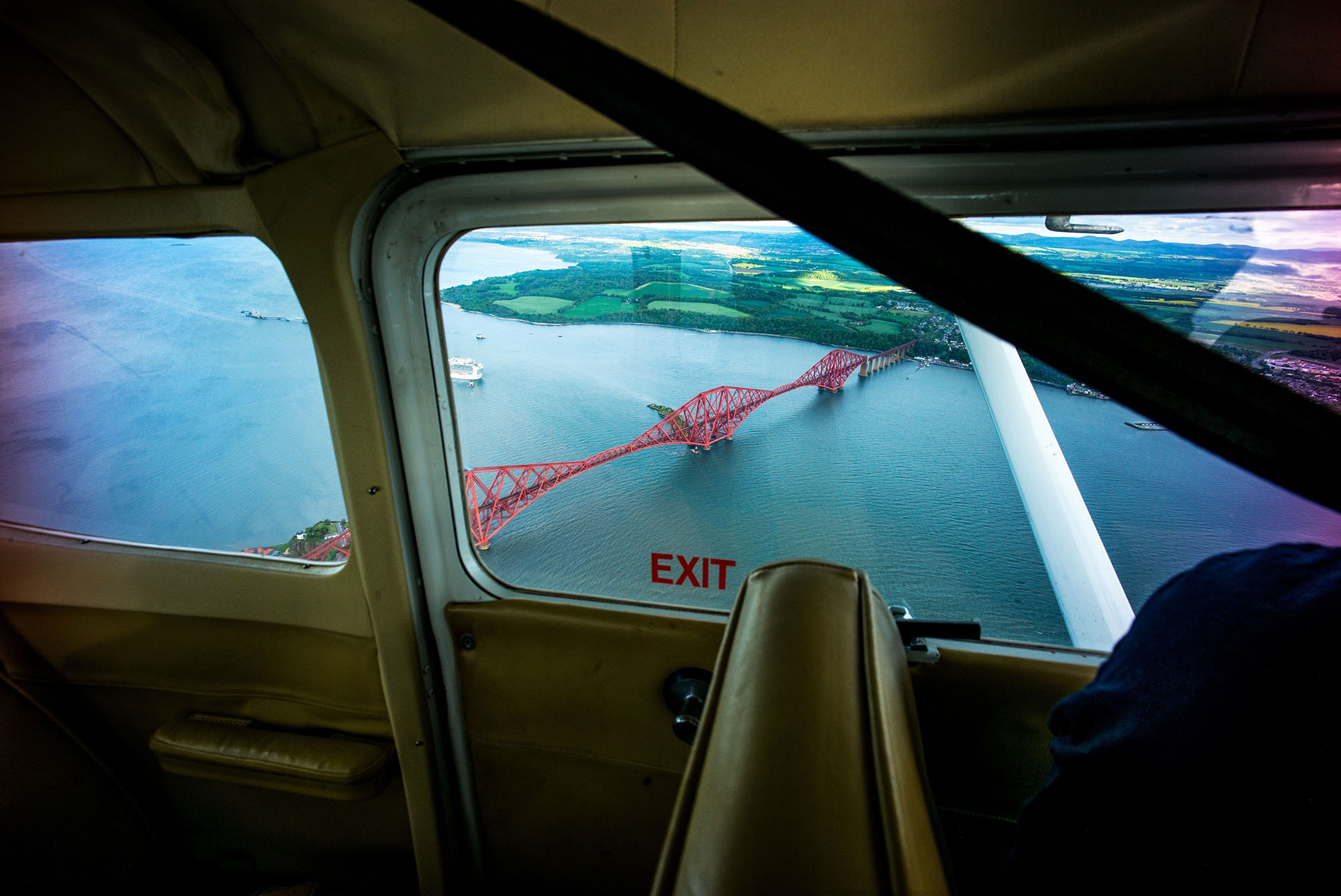 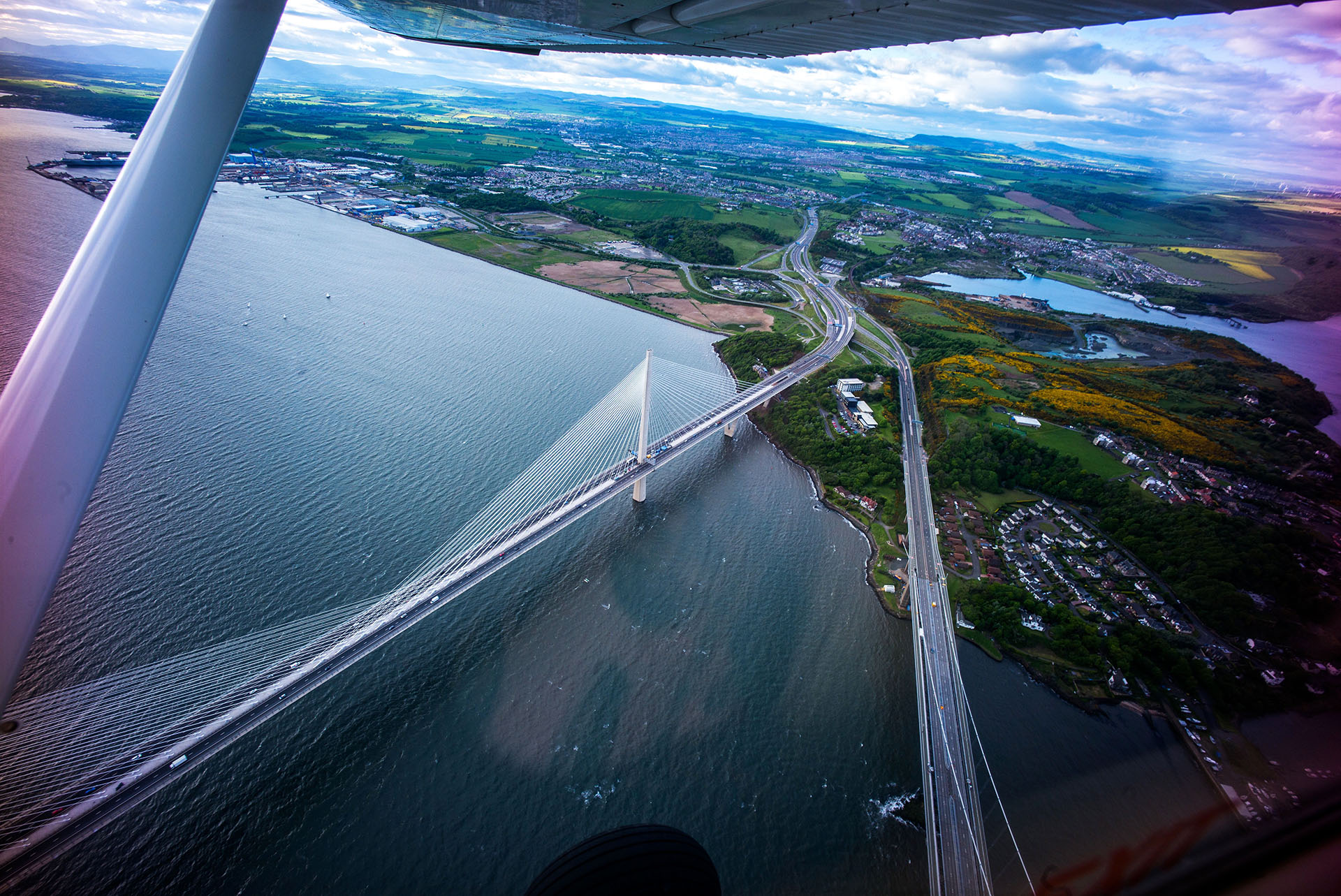 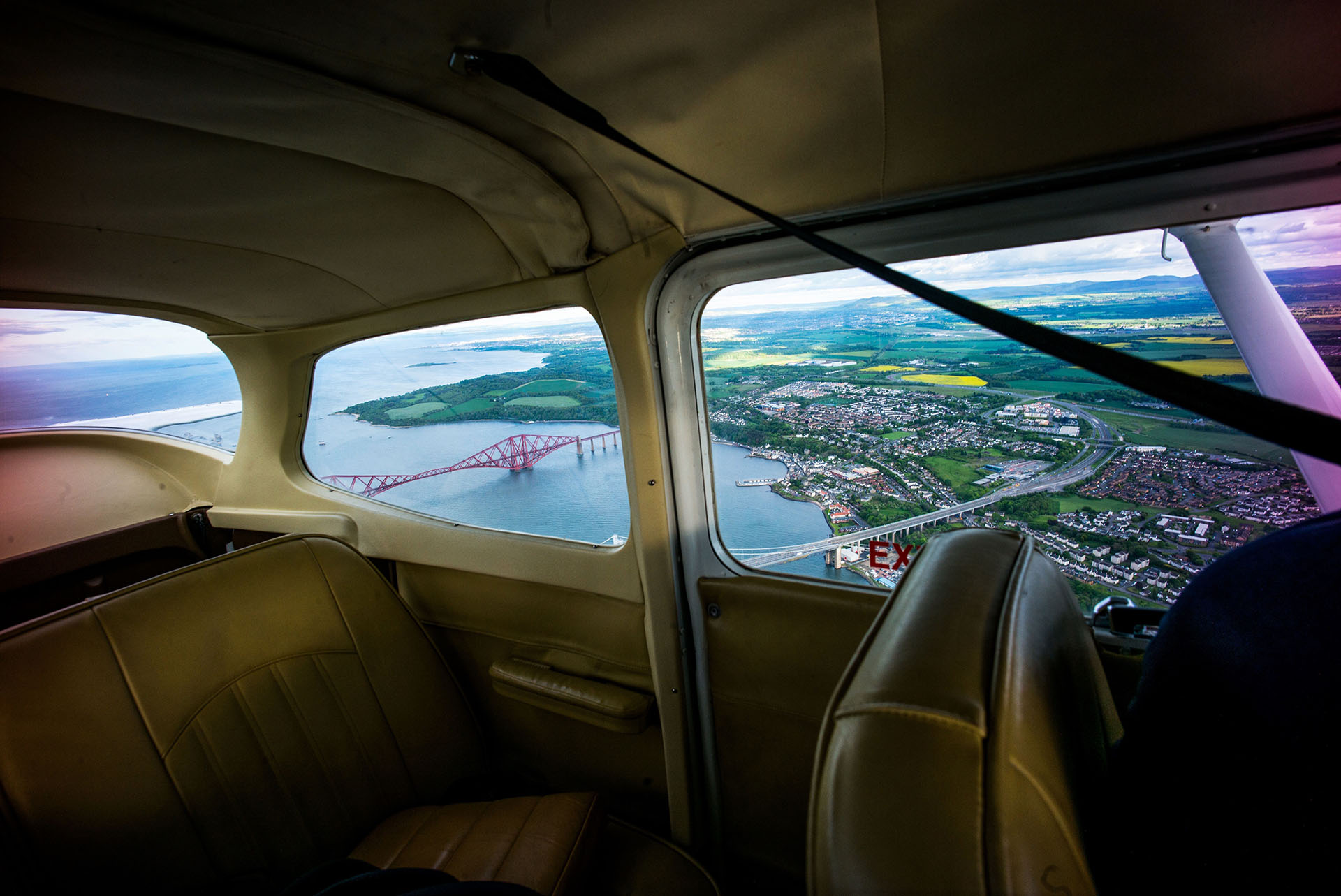 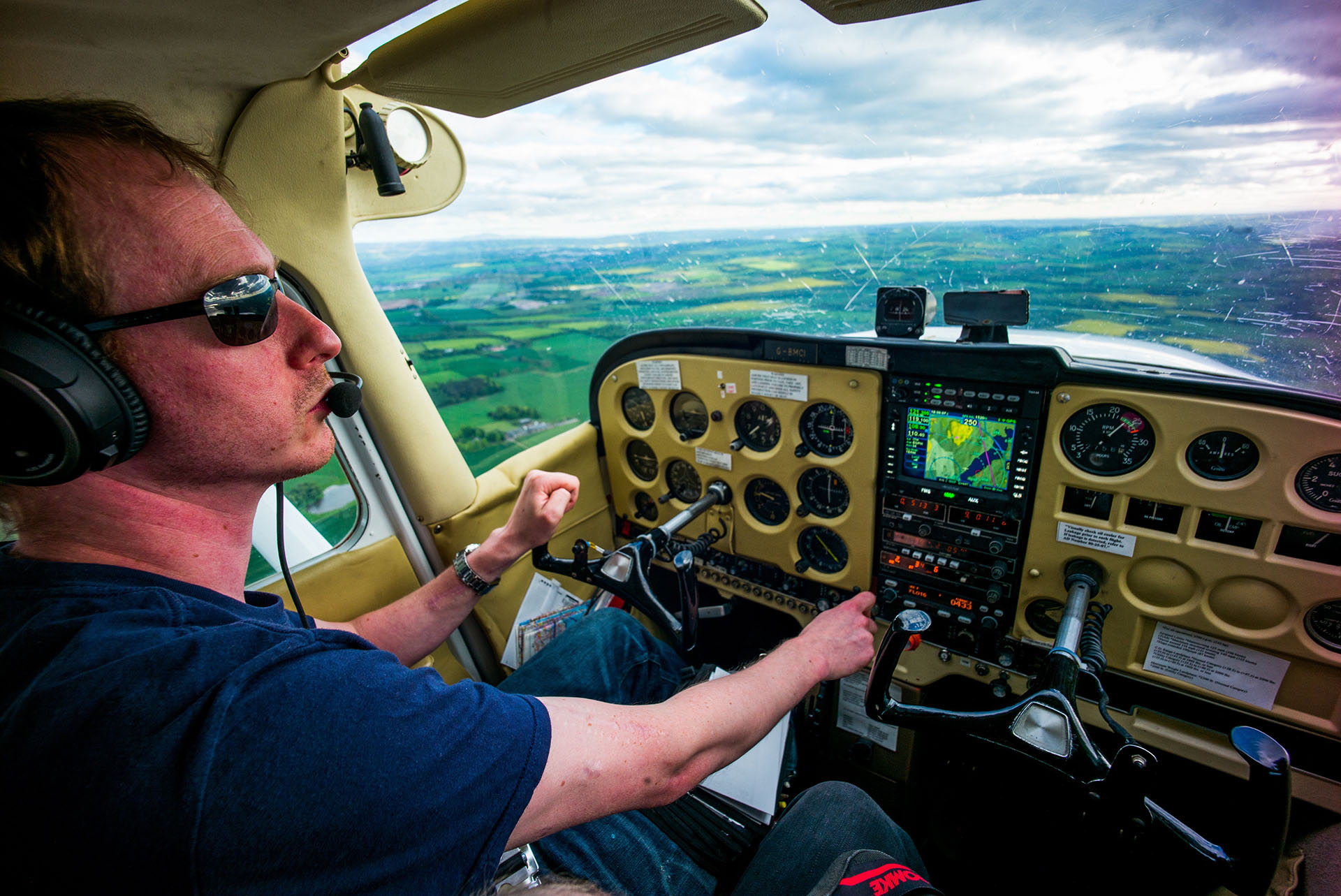 I also never realised just how many castles and castle-like buildings litter the countryside. 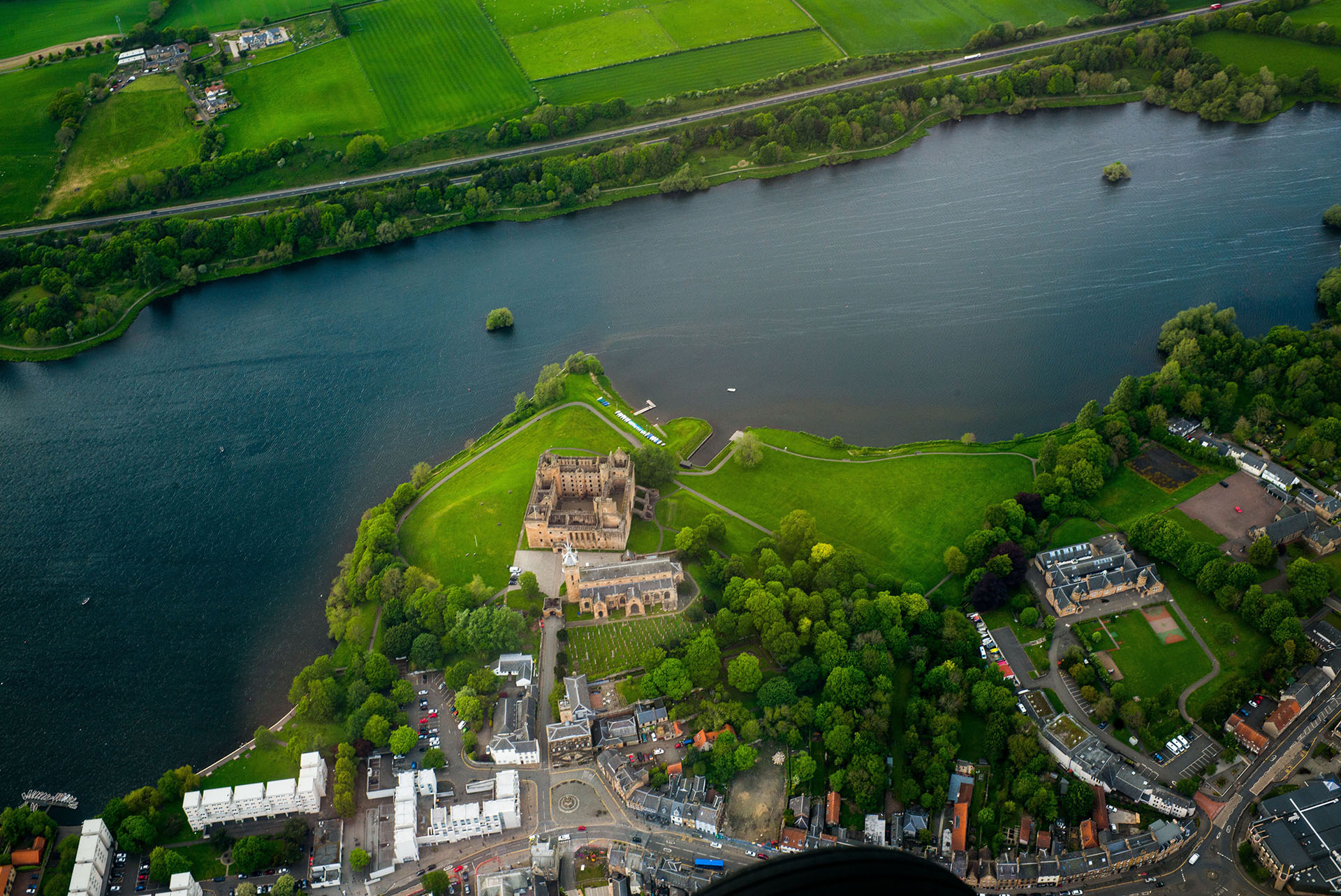 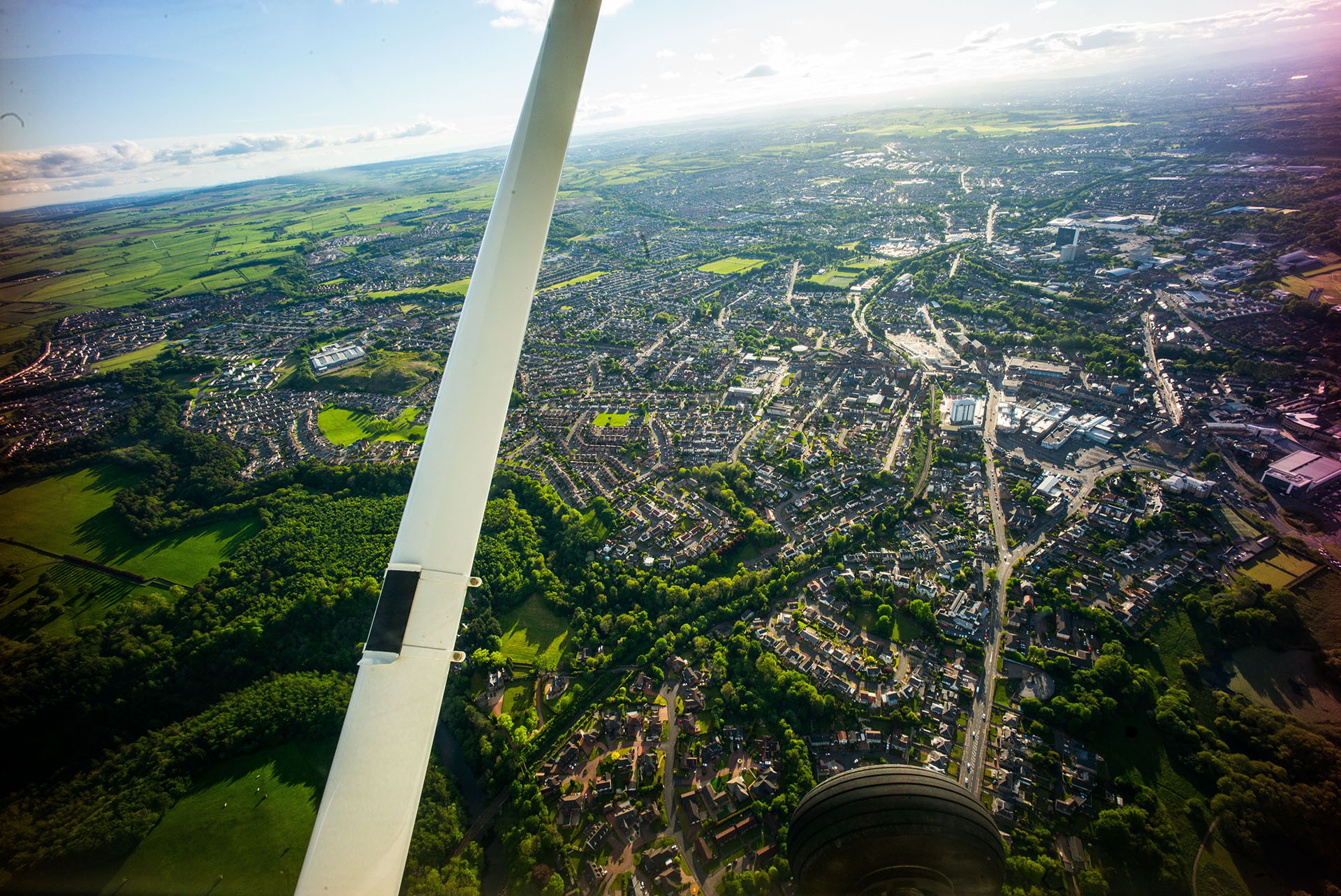 We did a loop over James’s house, which was pretty cool to see from the air. 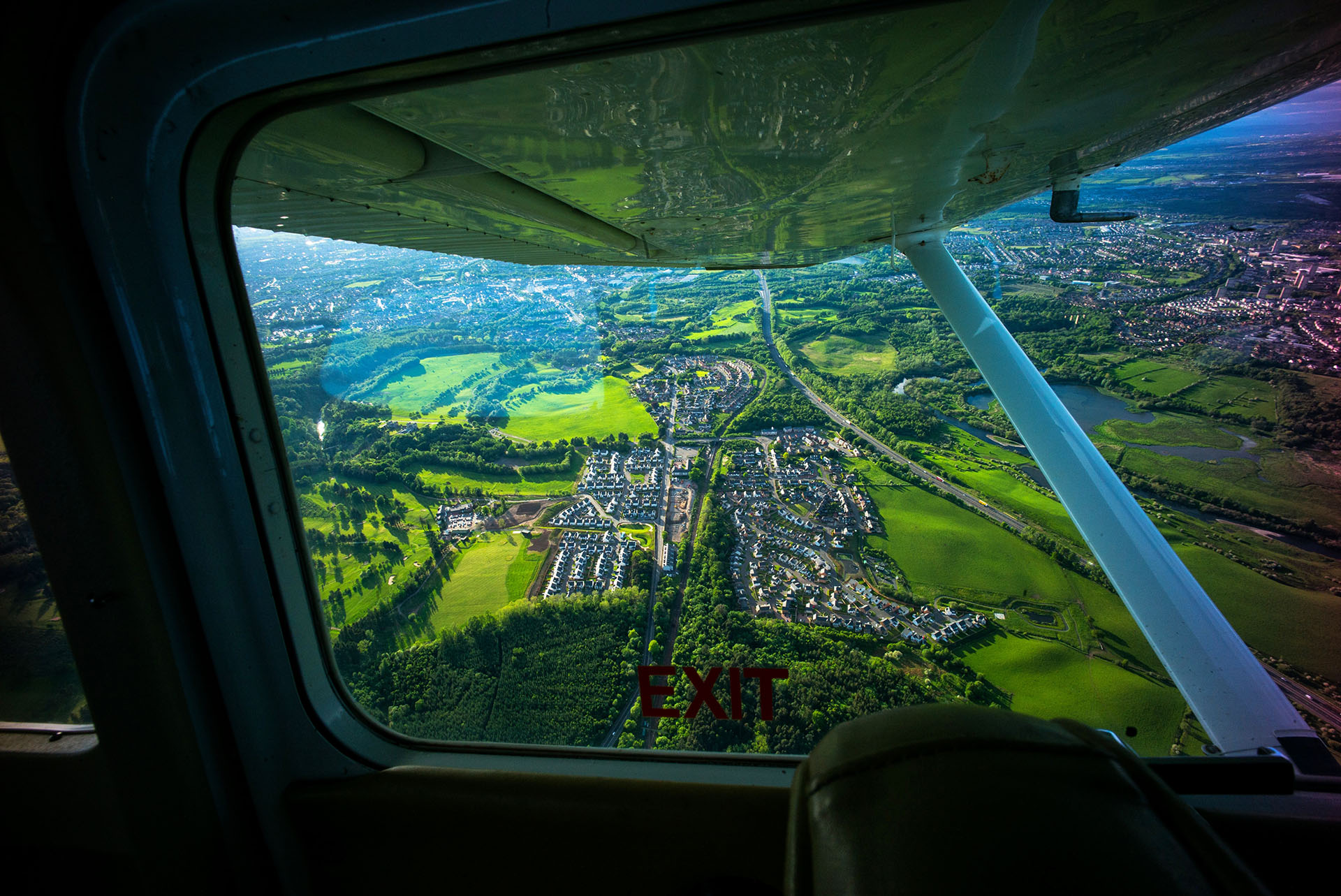 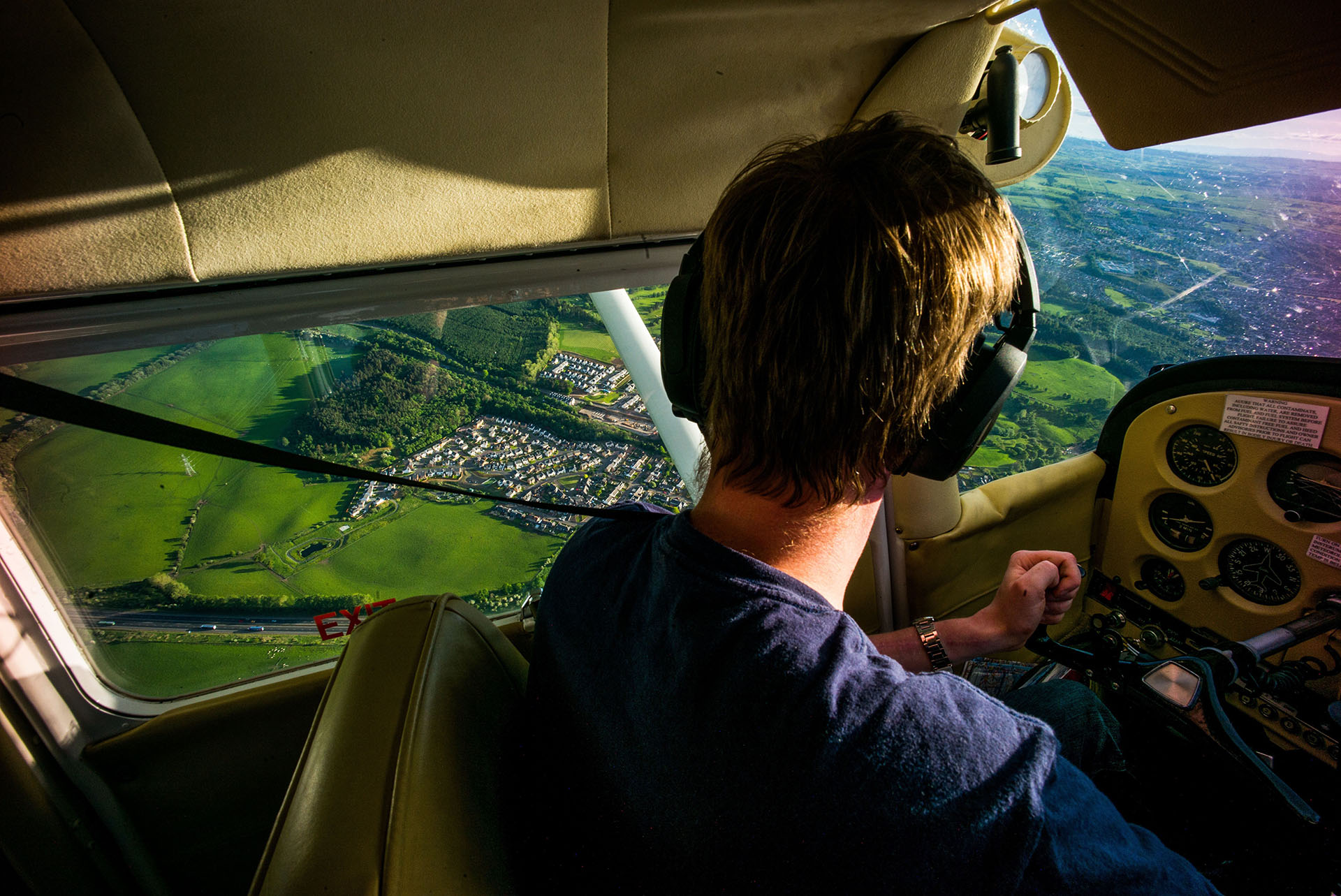 We also flew over Whitelee Wind Farm, which was pretty amazing to see. 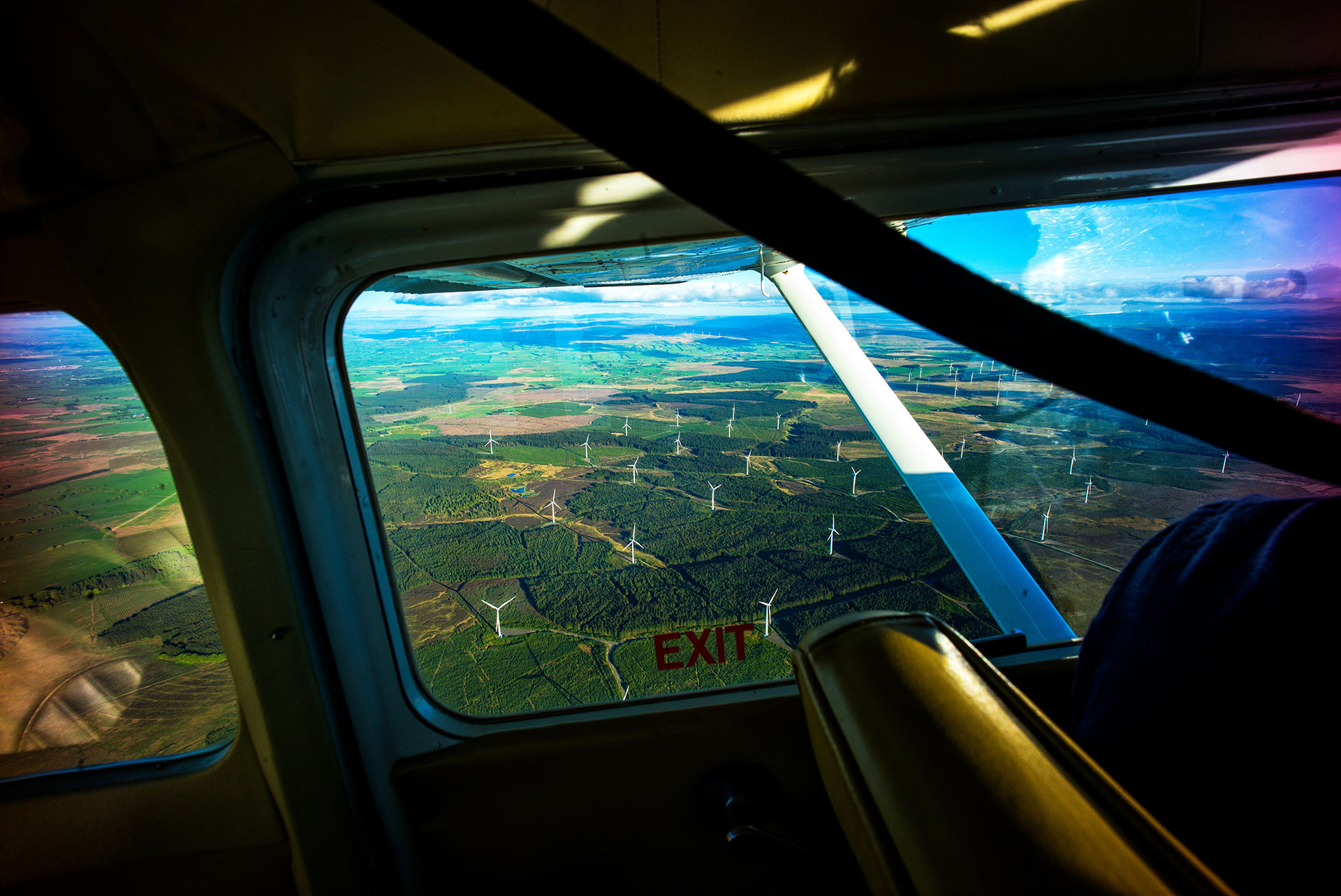 Flying through a cloud was pretty bizarre. 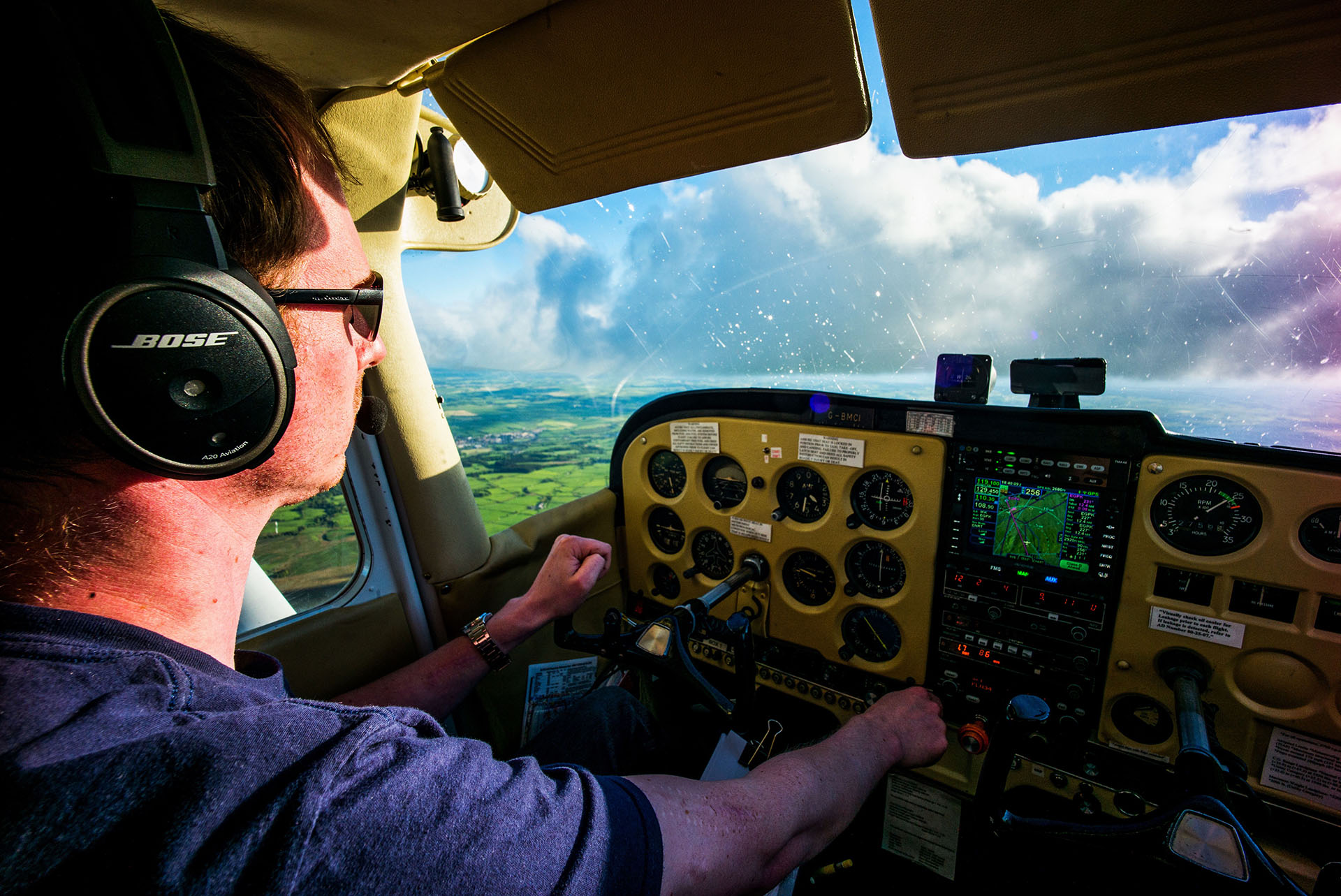 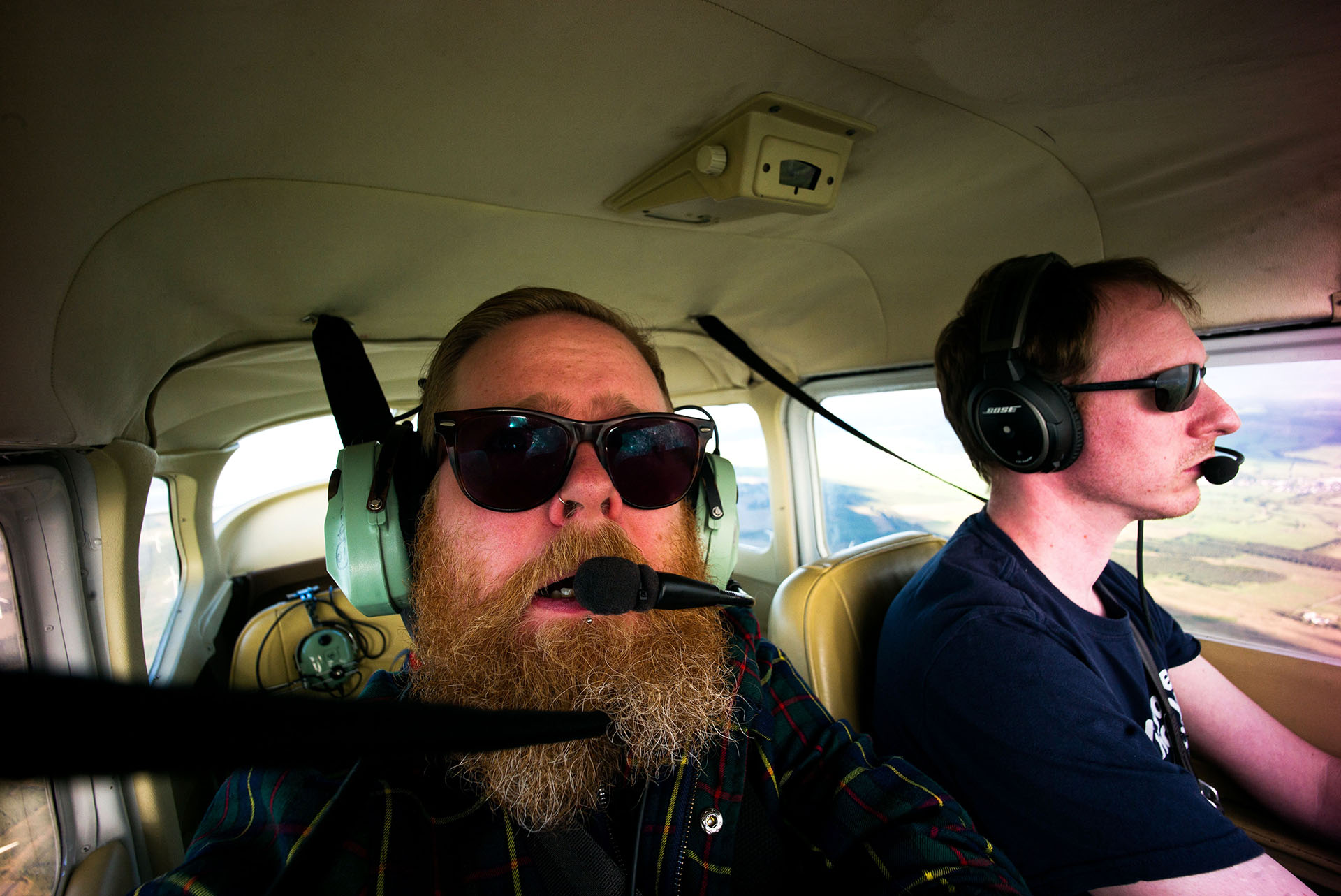 The take-off and landing was the smoothest I’ve ever experienced, which I was surprised about. I expected a smaller plane to have a much more obvious bump… but it was really just like being in a car, in the sky. What was weirder was just strolling out of Prestwick Airport through some side gate. 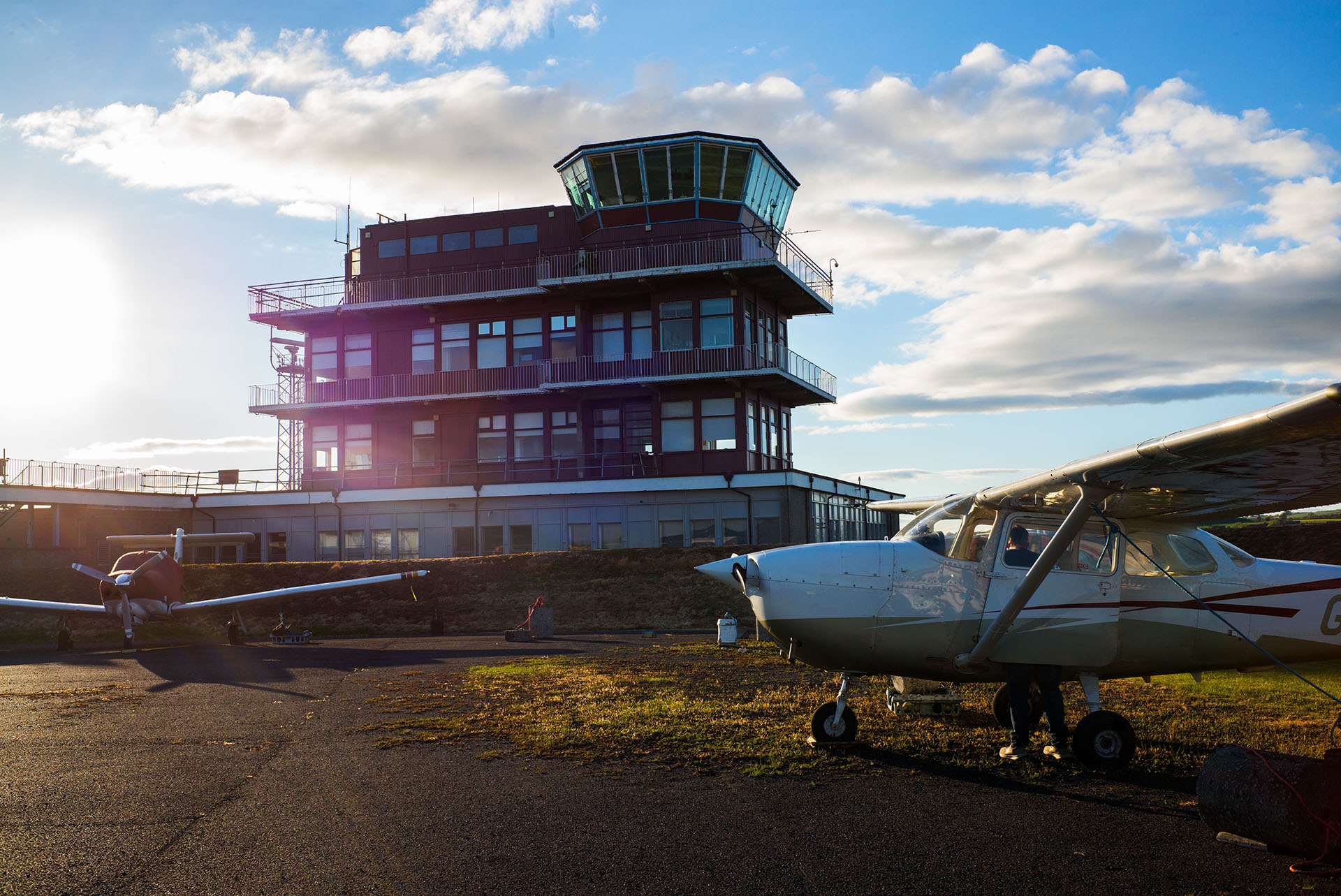 I could never be a pilot, but it was a pretty amazing experience. Thanks James! 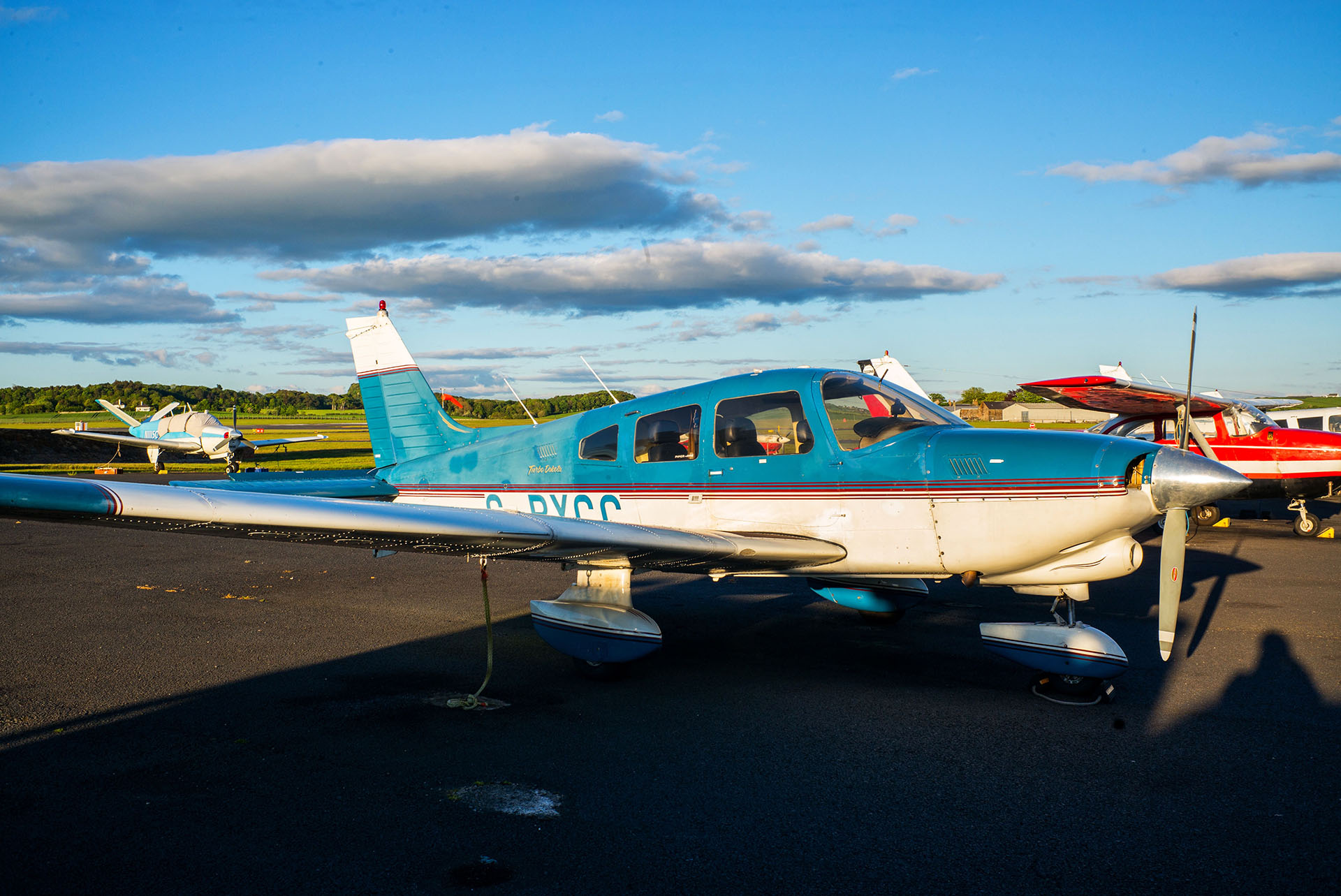 Here’s the flight path we took, from flightradar: 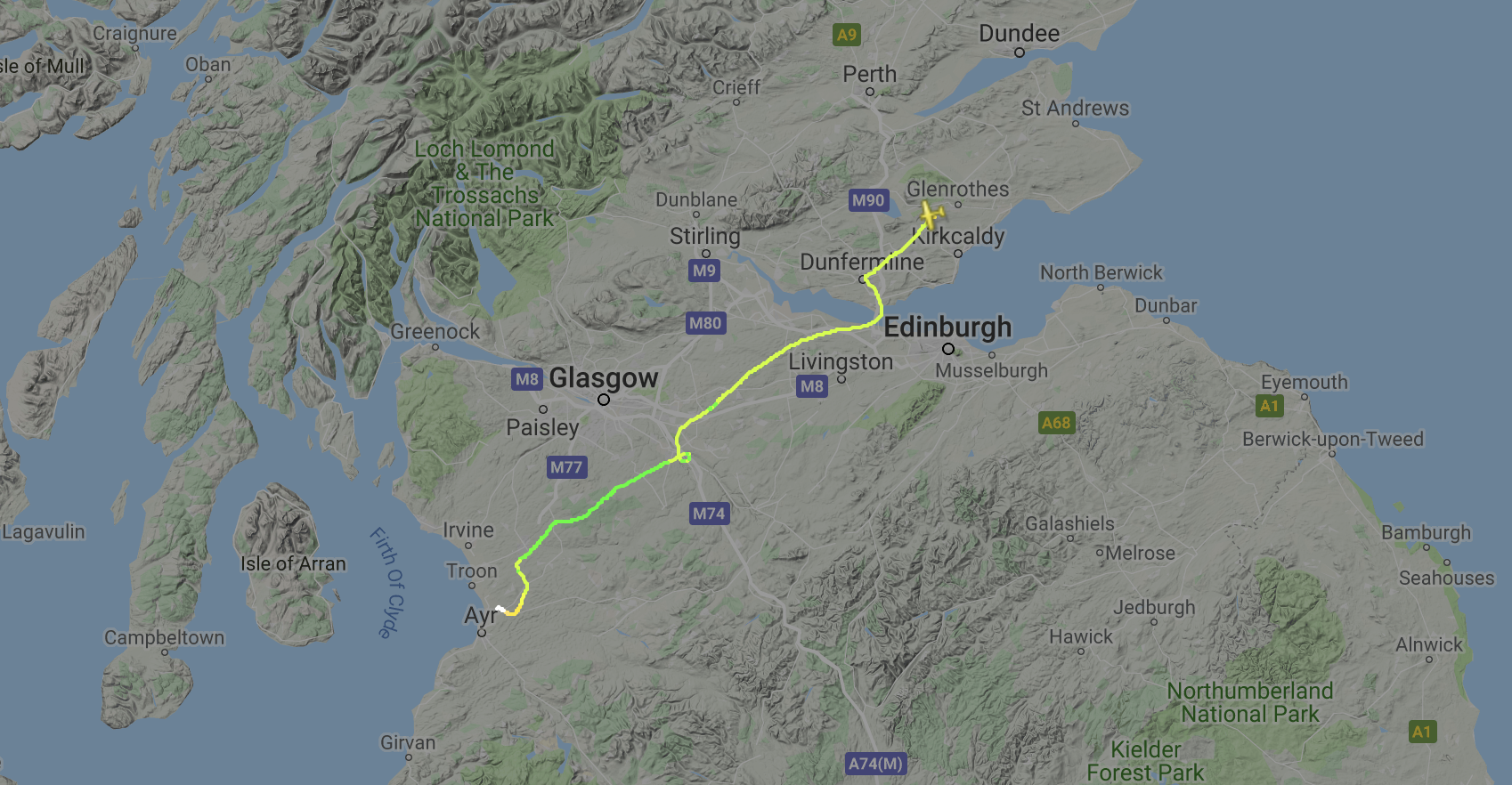 3 thoughts on “An Evening in the Sky”