When I was at the PhotoPlus Expo in New York back in 2017, I came across an interesting little gadget that I hadn’t seen before: The Lume Cube. 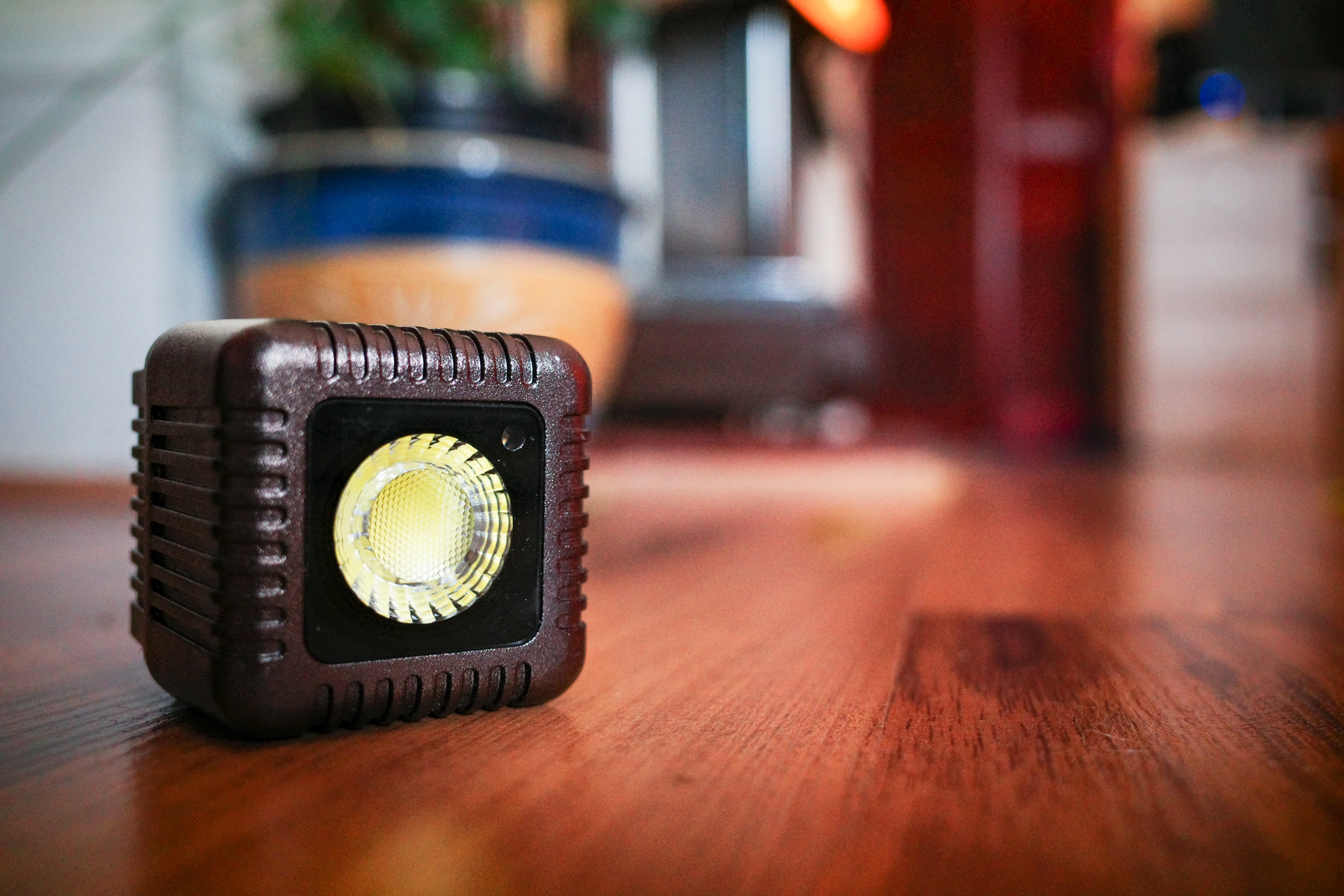 The Lume Cube is a small-but-powerful LED light which apparently came to life after a Kickstarter campaign. It is pretty tiny, coming in at just 1.5 cubic inches – that’s roughly the size of a Polaroid Cube, or mini GoPro camera. It can operate as a slave flash, but also has a constant model light with varying brightness settings.

I often shoot in low light, and even at f0.95 I sometimes find myself wishing that I had that little bit extra fill light, without having to cart a flash about. The Lume Cube seemed perfect, so I got a hold of one to try out. 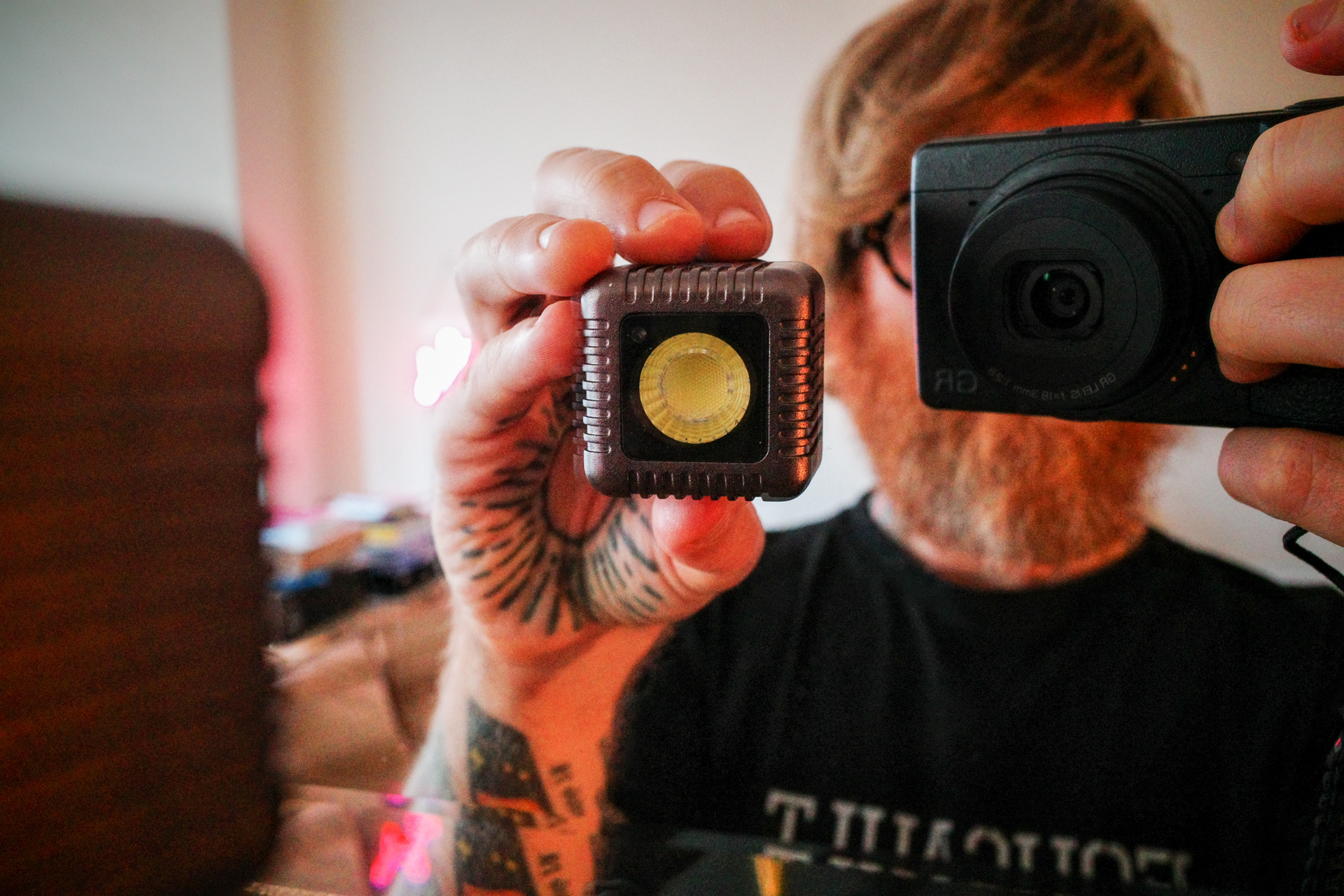 Note that since I started writing this post – back in the mists of time – a new version of the Lume Cube (2.0) has come out. This specifically talks about the original, but a couple of my criticisms have apparently been addressed with the update.

There are two buttons on the Cube itself, which control its operation. One of the buttons turns the light on, and gradually increases the brightness. The other button turns the Cube off. It couldn’t really be much simpler. 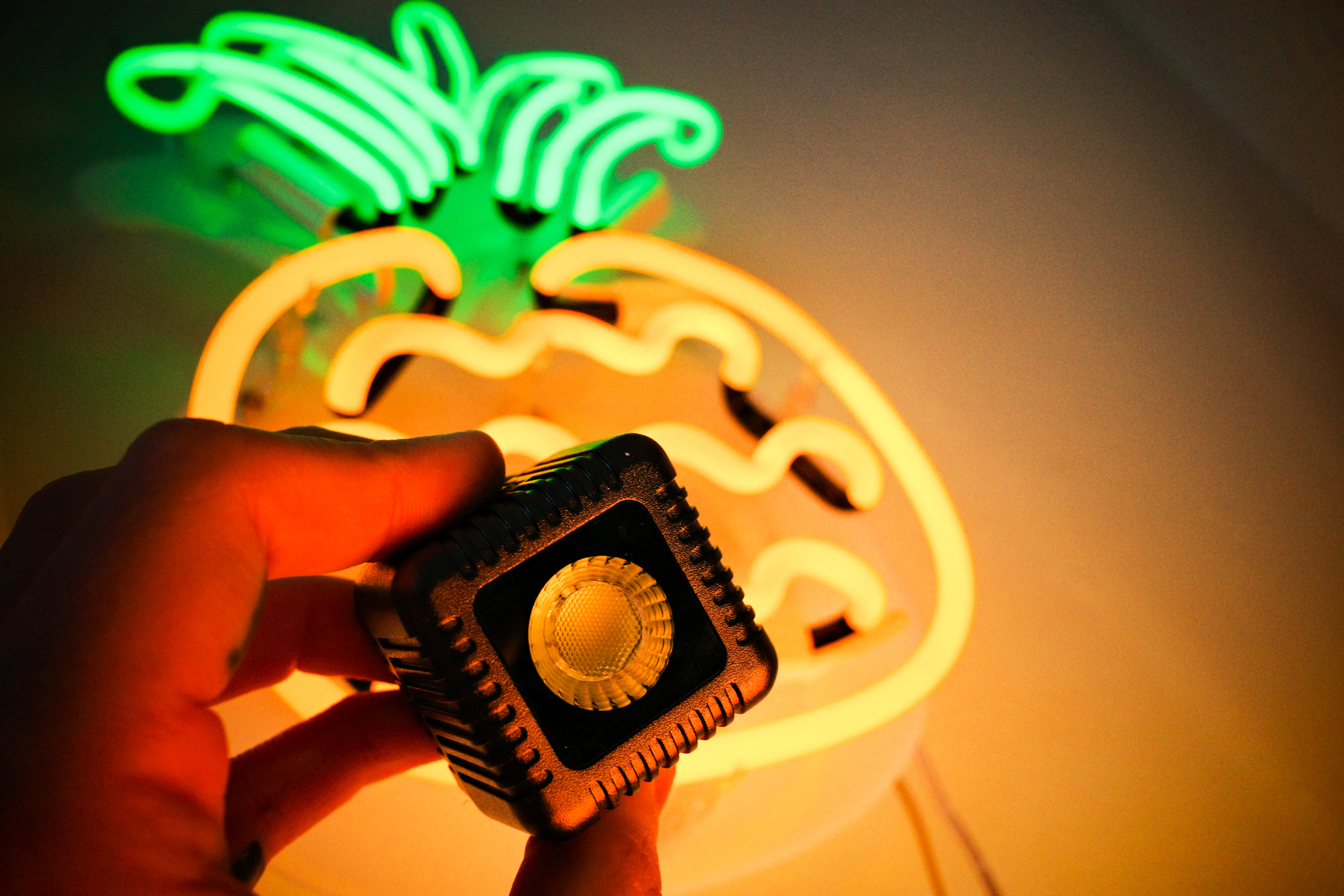 There are a bunch of accessories available for the Lume Cube, including diffusion filters (more on that below), and physical connectors to couple up with different devices such as a smartphone, drone, or GoPro. Unfortunately these are all pretty expensive, and some have a proprietary fit. However, the good news is that there is a standard thread mount on the bottom of the Cube, which means you should be able to find cheaper third party brackets and stands which will work for some applications. To give you an example, the Lume Cube’s hotshoe mount costs a whopping £28 in the UK, whereas you can pick up this Smallrig hotshoe mount for just £7. A fairly significant difference.

One of the features that the Lume Cube is known for is just how powerful a punch it packs in such a small package. However, that is also a bit of a problem, as there is no built-in diffusion. Even on the lowest setting, the output is extremely bright – seeming more like a flood light than a flash. For that reason, it requires some heavy diffusion before it can be used as a straight-on fill or video light. There are some official diffusers available, but again… they come with a hefty price tag. The main set costs about £30 in the UK, but also requires something called a ‘Light House diffusion cage’ to attach, which is an additional £55. That means that a diffuser basically costs about the same as a single Cube itself. In my opinion, that is far too expensive, and pretty unfortunate.

In the end, I DIYd a solution with some diffusing gels and a rubber band that did the job for £1.50, though it seemed like the Cube got hot pretty quickly with this method, and I’m not sure if it’s really going to be of much use longer term. 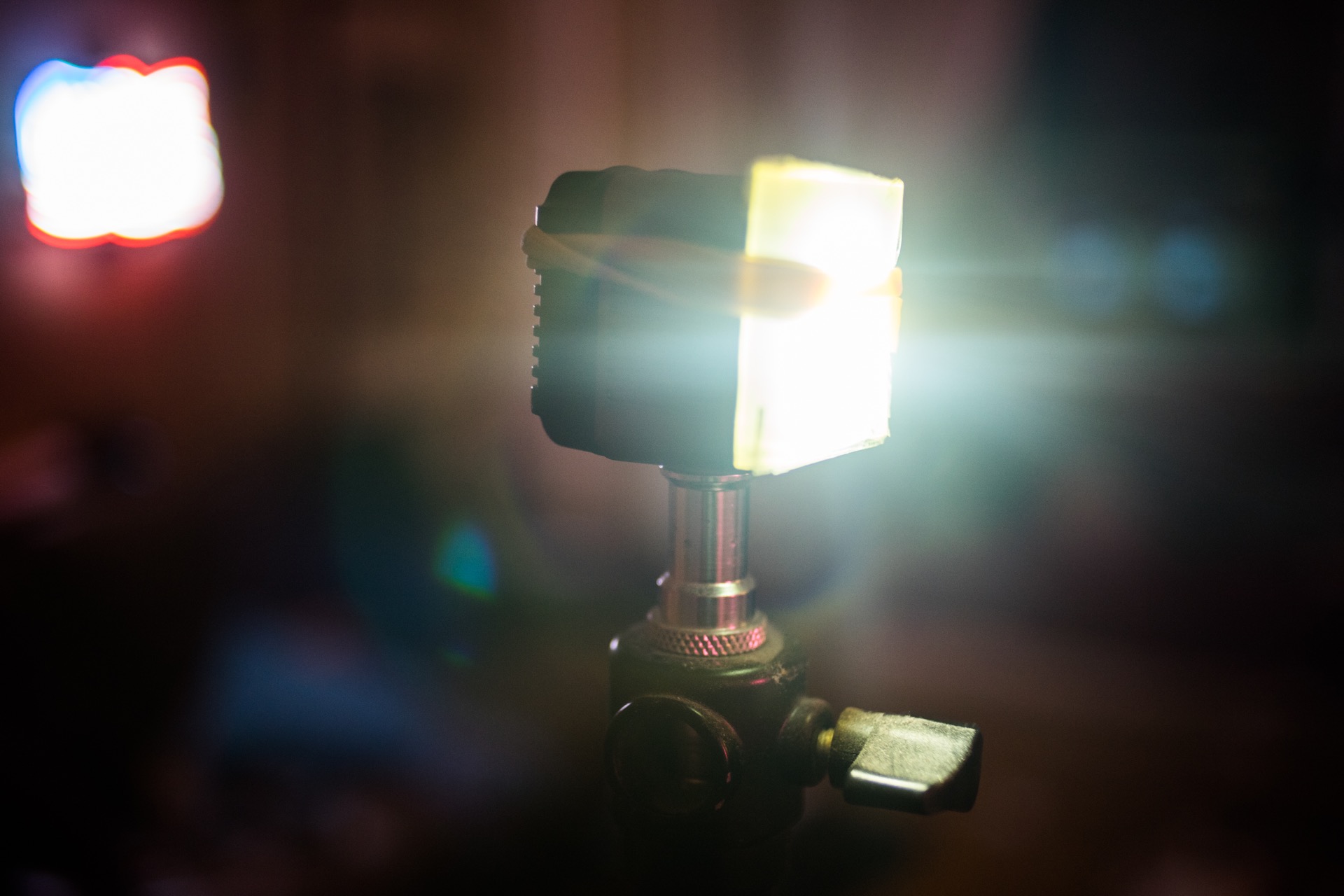 The Cube connects over bluetooth to a smartphone, and is then controlled by a dedicated app. Notably, you have to register the serial number of the device to access the settings. Hopefully this is a one time deal and there won’t be any issues if you get a new phone…

Bizarrely, the Android app appears to be ‘unreleased’, despite the Cube having been around for a while. Not really good enough when you are shelling out a fair amount of cash on an device which touts its mobile phone compatibility. 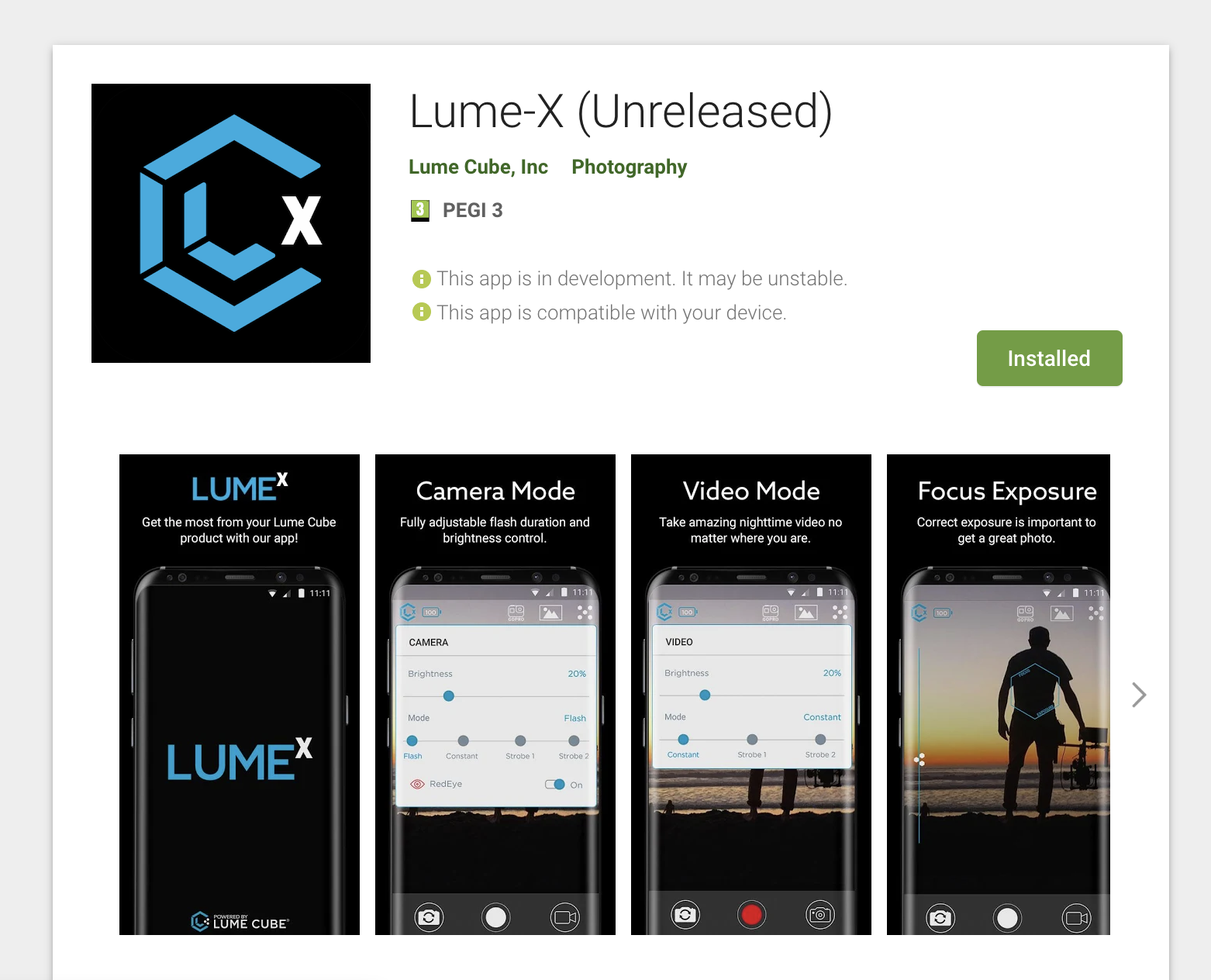 Once connected to the app, you can:

Overall, the app is alright, but only seems worthwhile for the ability to adjust the brightness of the cube to a finer gradient.

Things to watch out for:

To boil it all down, here are the main things to be aware of if you are considering one: 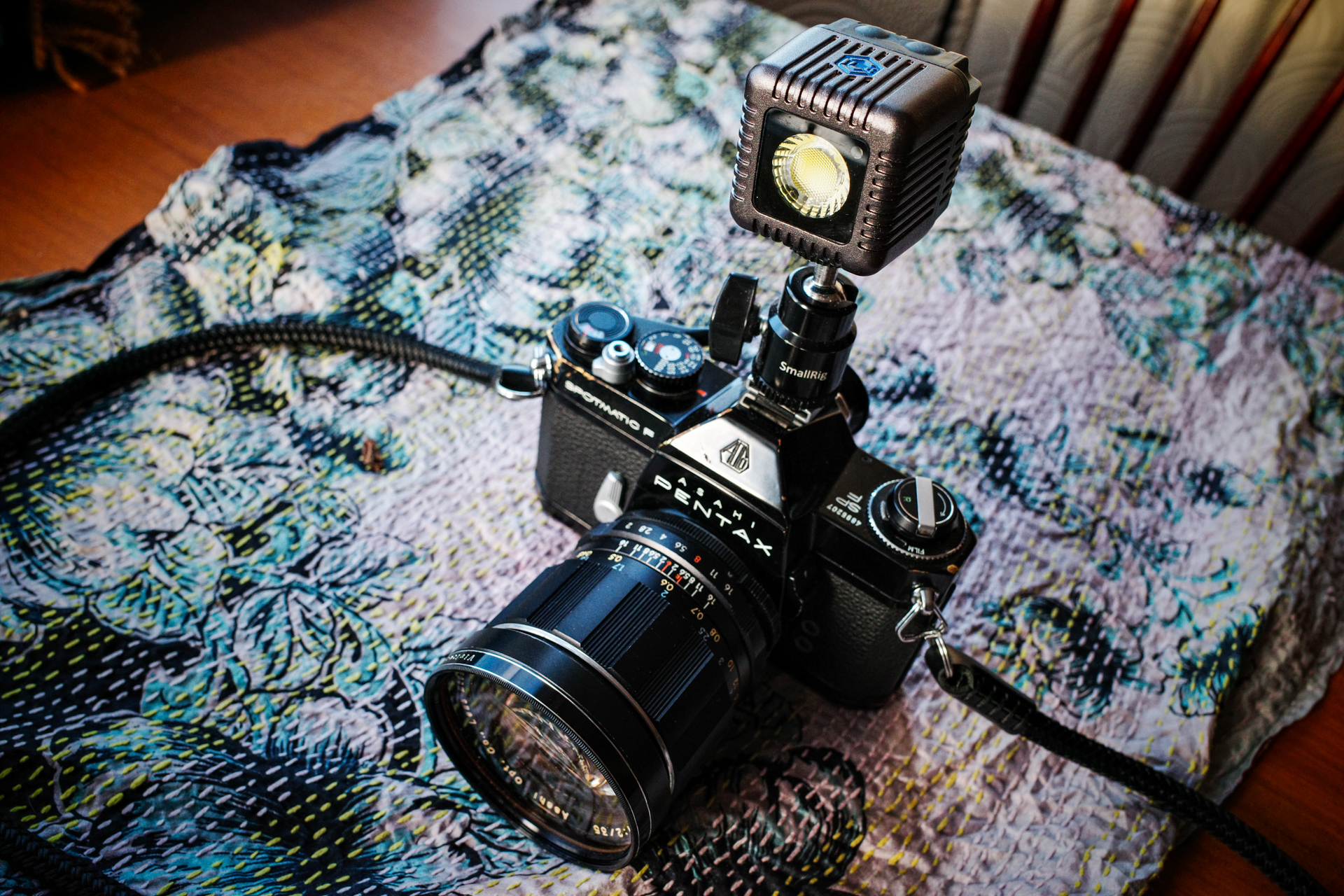 As I mentioned at the outset, I got the Lume Cube primarily to use as a portable fill light for dark situations where I needed that little bit extra. In reality, the light output was so strong that even with my DIY diffuser it wasn’t all that useful, and as a result it’s mostly sat on my shelf in the pile of ‘great idea in theory, but…’.

When I made the conscious decision to try and make more use of the Lume Cube, rather than let it languish in my bag, it did occasionally come in handy.

Below, I subjected my reluctant test-subject to a couple of shots, one without the cube as a fill light, and one with. Both were shot at f2.4 / ISO 1000, with the lowest or second lowest brightness setting, and have had some light post processing.

As you can see with the second shot, the result can easily just seem like a direct, non-diffused flash.

I did spend some time playing about with coloured gels, as being able to experiment with ‘creative’ lighting setups is one of the benefits of a tiny device like the Cube. 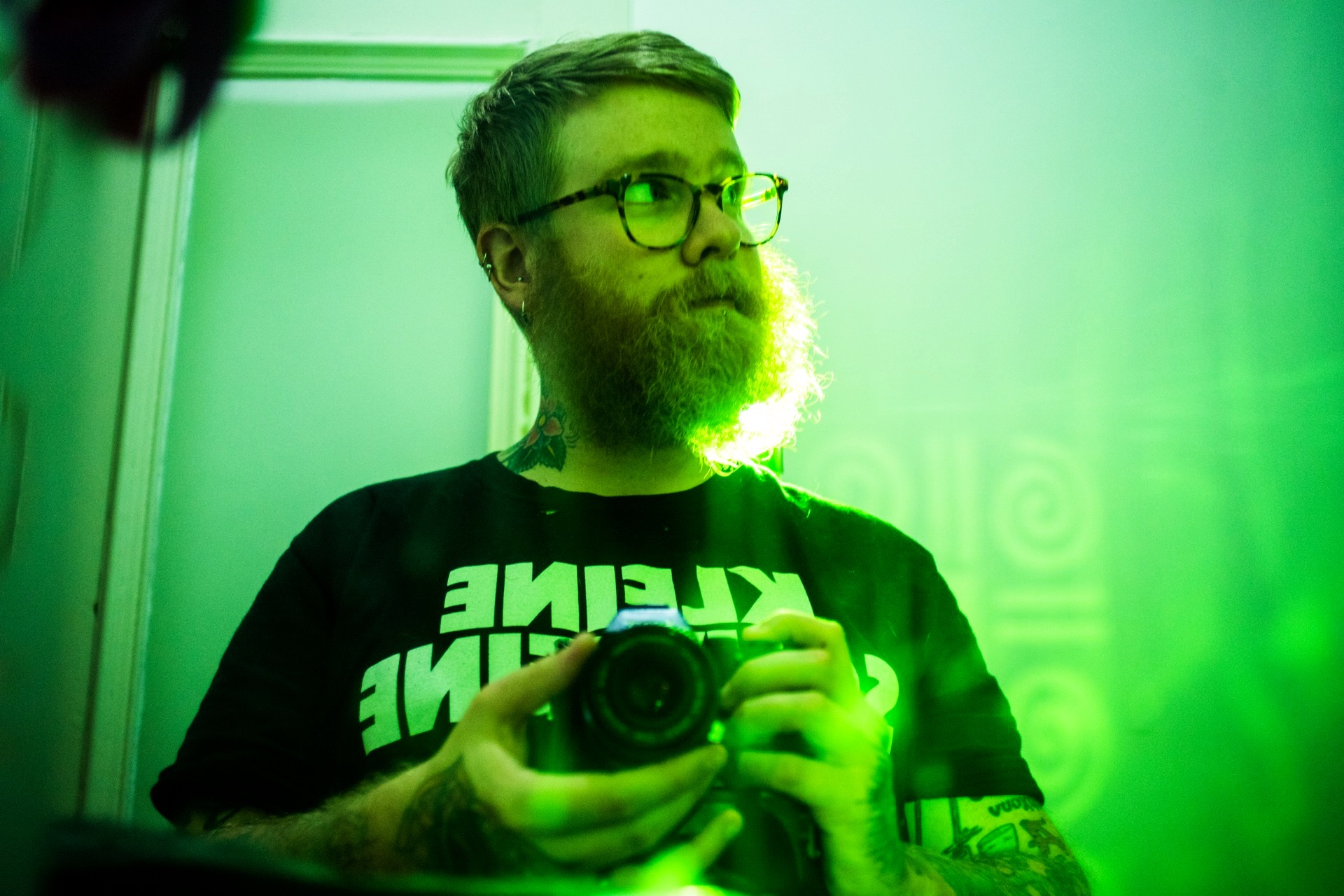 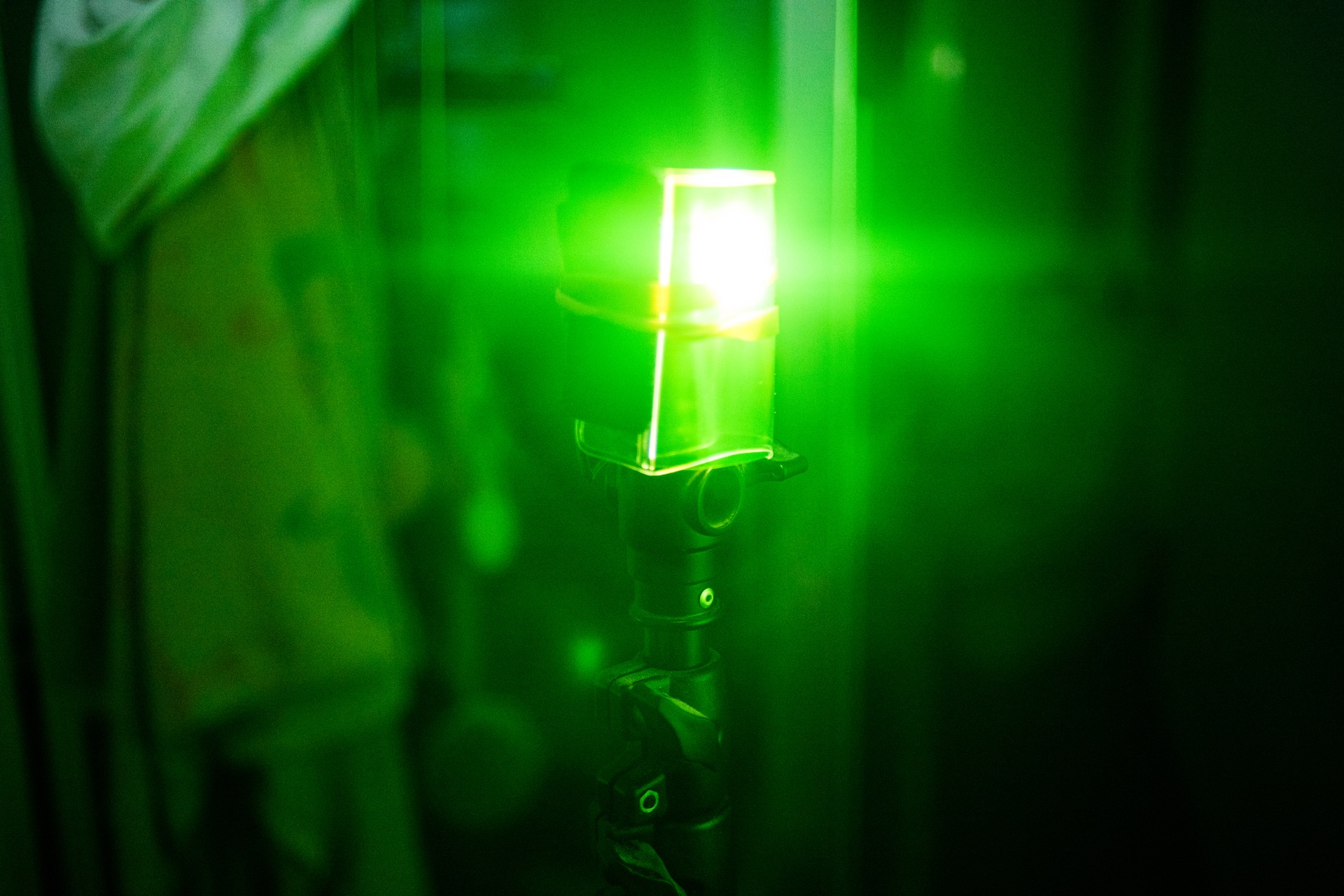 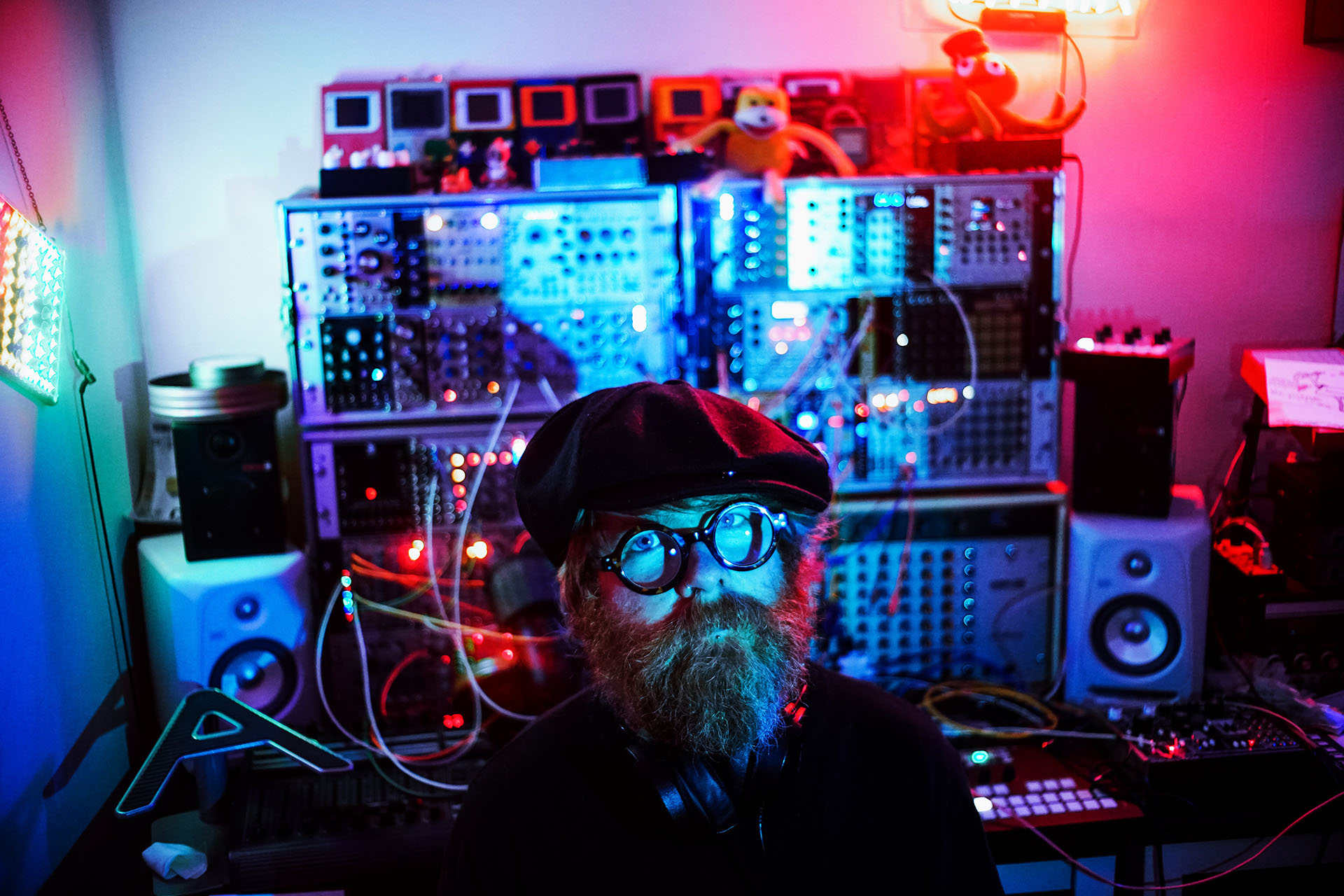 With the right gel strapped over the front, you could also match the temperature of the Lume Cube more closely to the ambient light, so it looks less like an obvious fill. 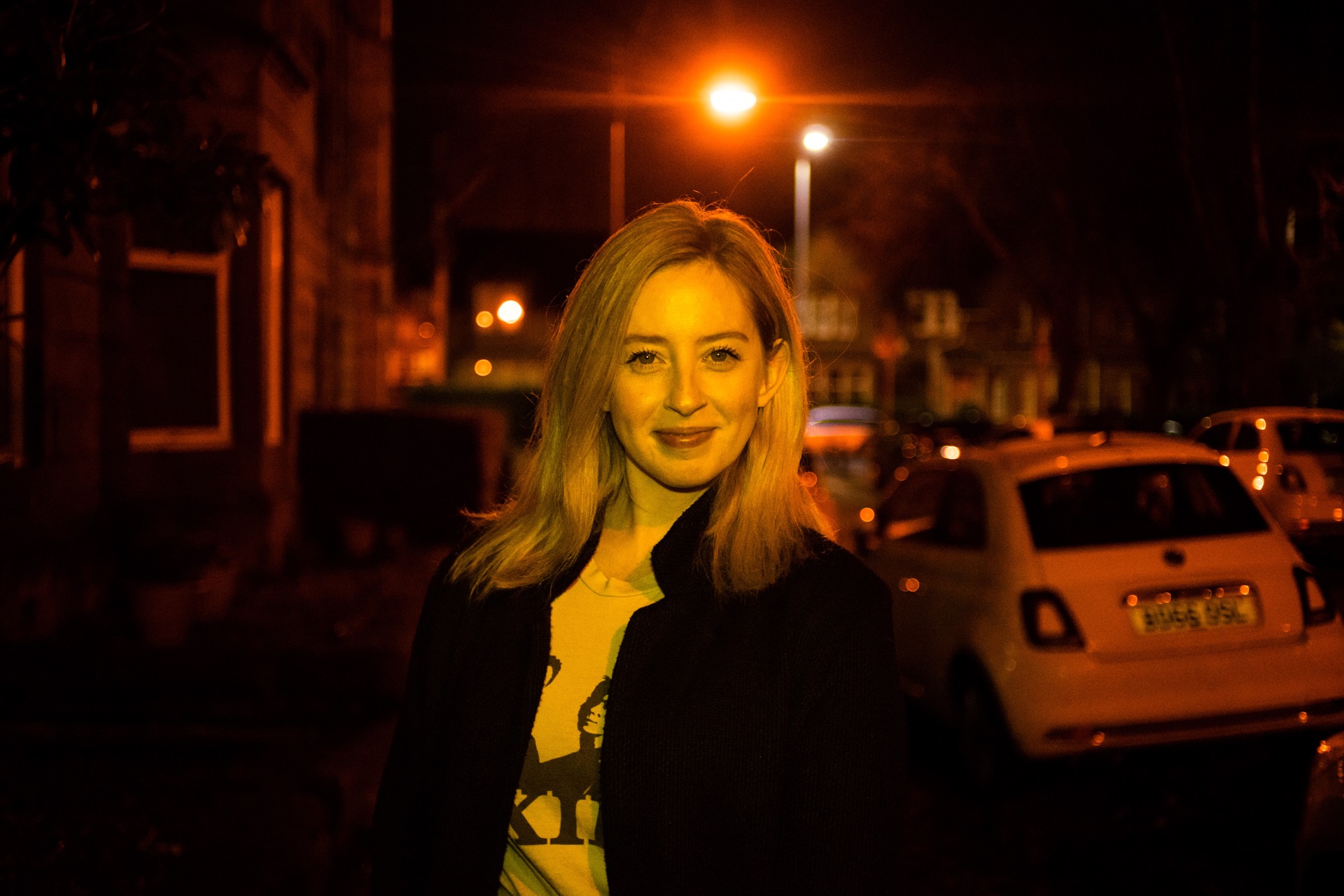 For an official set of RGBY gels that slot into the Lume Light House, you can expect to shell out an additional £30. I personally just got a cheap set of samples from eBay and used them with my trusty rubber band instead… but it would be nice if this was part of the package.

I wish I had found a cool way to use the Lume Cube underwater to make use of it being waterproof, but eh… I didn’t.

I really want to love the Lume Cube. It is small, sturdy, and should be the perfect compact lighting accessory. The trouble is that I have to push myself to find ways to use it, and I do wonder whether or not the situations that I’d really need it for better pictures are actually fewer than I initially expected. I put off finishing this blog for over 2 years, because I was convinced that I’d end up finding more scenarios where the cube would come in handy, but alas…

Ultimately, I longed for the Cube to have a lower output level available without having to use the mobile app so that it could be used for casual low light portraits. Because the minimum brightness was so high, it ended up overpowering scenes annd dazzling people. The lack of diffuson was also a problem… and while my rubber-band diffuser/gel-holder did the job, it was clunky and I was just waiting for the time when it would inevitably go on fire… still, a risk I was willing to take rather than paying the additional money for the propietary diffuser package.

It seems like the Lume Cube was trying to be the answer to a host of different problems, and not quite getting any of them 100% right. Realistically, it’s probably a brilliant GoPro companion light… or a mini studio flash, but that isn’t how it was marketed.

From the Lume Cube site:

As a run-and-gun content creator, you never know what lighting setups will be needed to nail the shot. Every new setting presents new lighting challenges, and ultimately different lighting requirements to achieve professional-quality results. The ability to change your lighting placement on-the-go and adjust color, diffusion, intensity and more truly allows your lighting to be as dynamic as you are!

In contrast, see what kind of language the competitor LitraTorch uses:

Irrespective, the main selling point of the Lume Cube is obviously its size. You can fling it in your bag for any shoot and it barely takes up more room than a couple of rolls of film. Compared to other lights, this is a considerable benefit, and theoretically means you will always be prepared, irrespective of what conditions you find yourself in.

The verdict? The Lume Cube is a device with lots of potential that sadly didn’t quite hit the mark for me. Its powerful output and small package is impressive, but the lack of diffusion and minimum brightness setting means that it was over-kill for most situations… and the limited capabilities as a slave flash meant that it wasn’t especially useful as a handy studio light replacement either.

If you are just after a high powered model light in a small package, then it might be worth scoping out the updated model, which appears to include some diffusion options by default. Given the decreasing amount of daylight of the Scottish winter, I’d almost be tempted to try it out myself… because it really is very nicely built. However, with the proliferation of cheap, RGB LED panel ‘video’ lights, I am going to give one of them a bash first.