Prepare for some serious consumerism.

The next stop in our exploration of Tokyo was Akihabara, known as the ‘electric city’ for its myriad of electronics shops, including some of (literally) the biggest in the world.

We ventured inside one of the massive multi-storey shops, and were confronted with a true assault on the senses. Everything you can think of was crammed in there, with the volume turned up to 11. 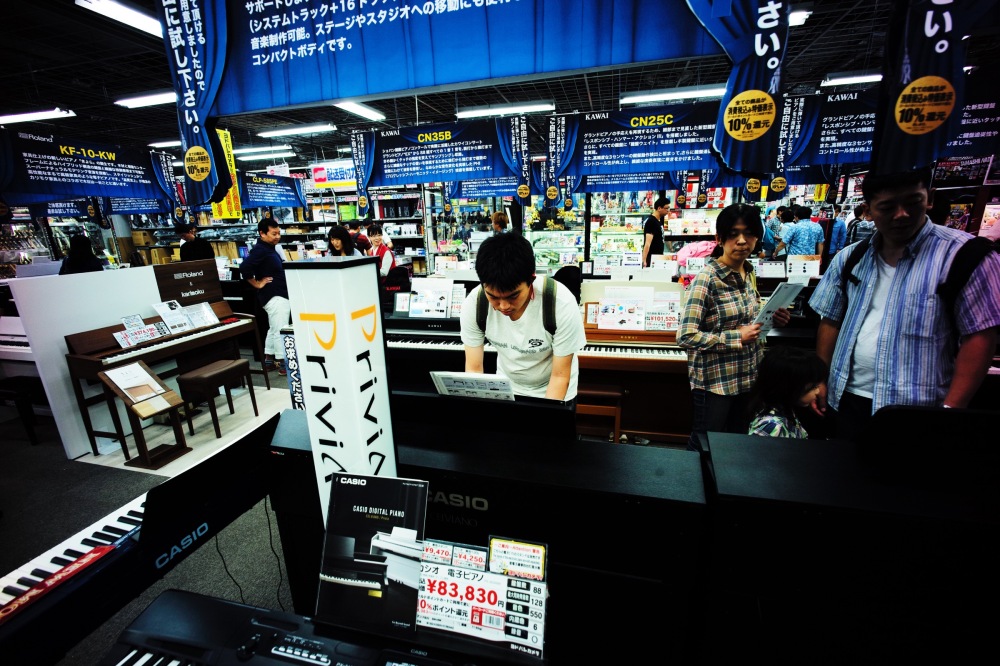 There was the biggest selection of camera gear I’ve ever seen. 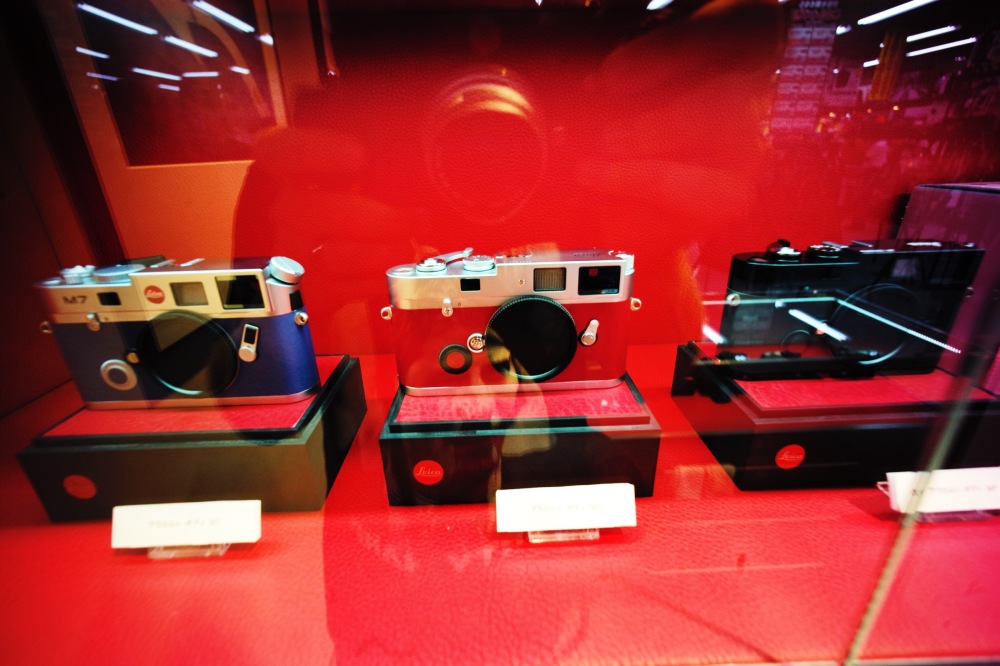 Including a whole host of film related stuff, which was heaven. I picked up a bunch of rolls of Fuji Natura 1600, which people pay an arm and a leg for to import back into the UK. I still haven’t shot it yet. 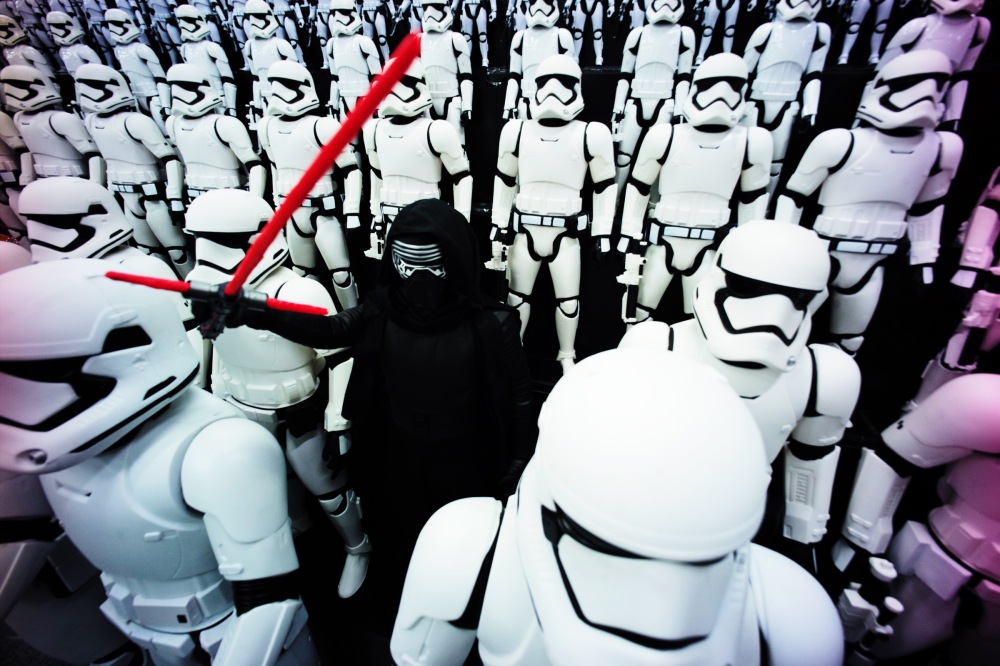 As it stands, we didn’t last too long in there. The noise was deafening, and as we were leaving, I saw a small Japanese girl covering her ears and screaming. I know how ye feel, hen.

Not everything was as manic as that place though, and we found some cool wee places to check out. I ended up buying a Voigtlander 15mm at this delightful wee camera shop, which is what a bunch of these pictures were shot with. The level of service they offered was impeccable compared to back home – cleaning my existing lens and wrapping it up beautifully. 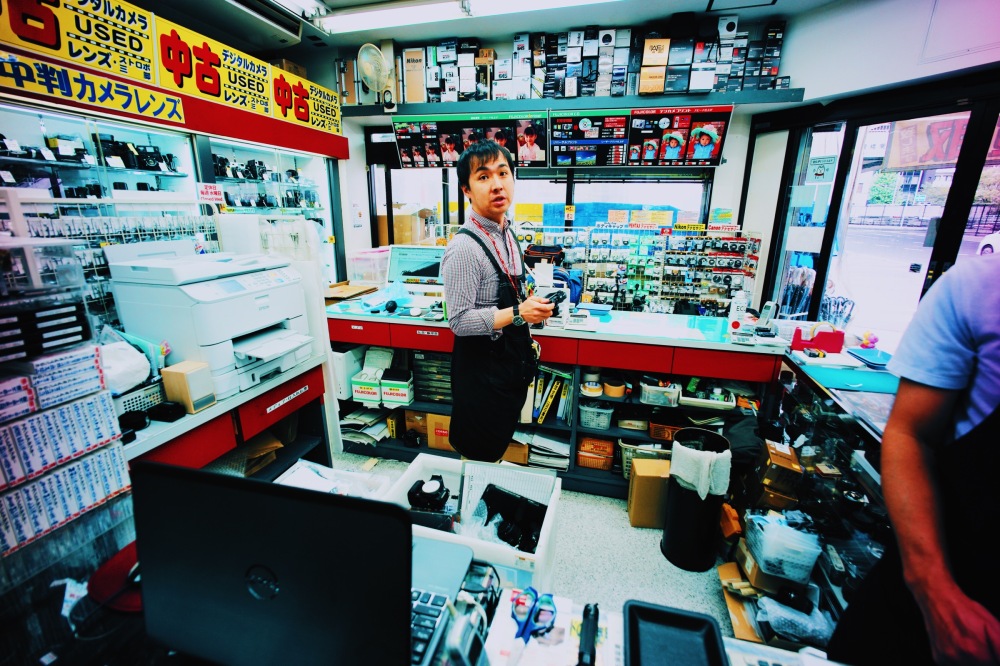 Another cool place was ‘Super Potato’, a vintage gaming shop found at the top of a multi-storey building, which contained piles of consoles, games, and other paraphernalia, all crammed into a tiny space. The choice and range of stuff they had was pretty wild, and overwhelming. 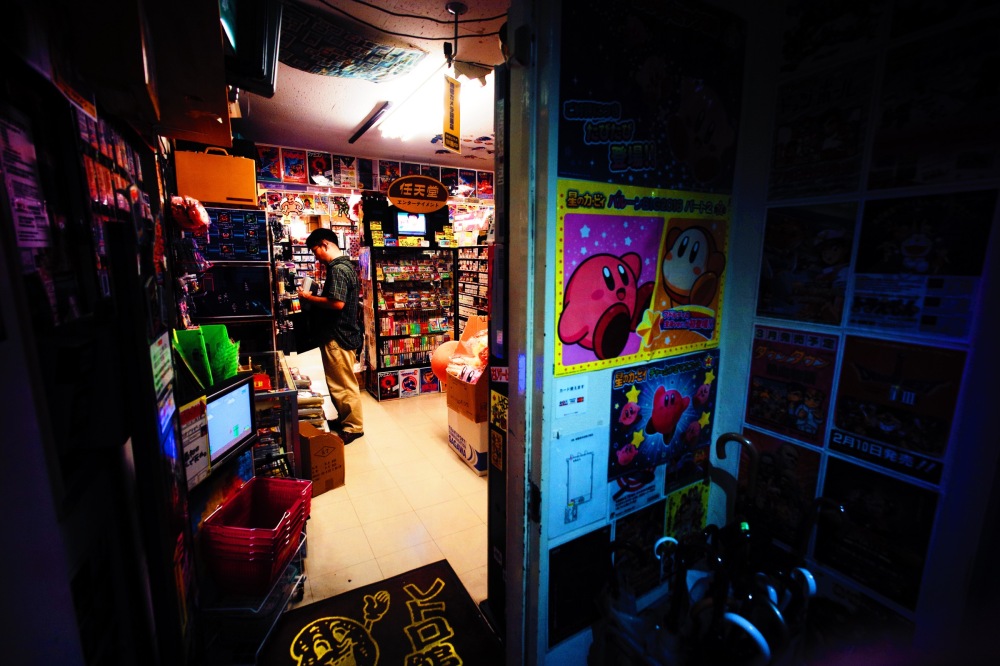 I’ve never seen as many SNES in one place. 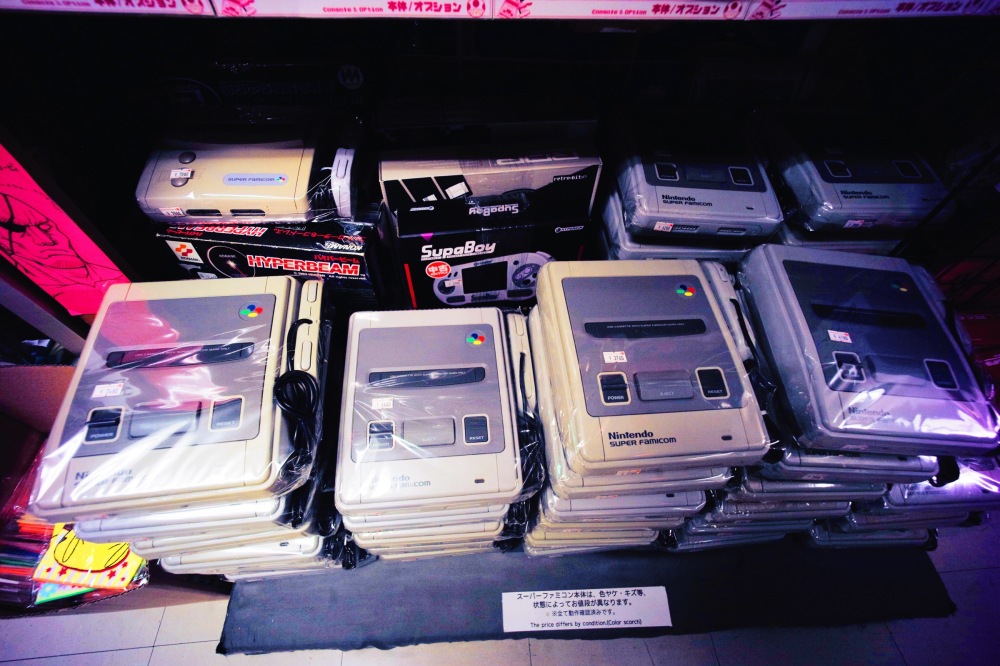 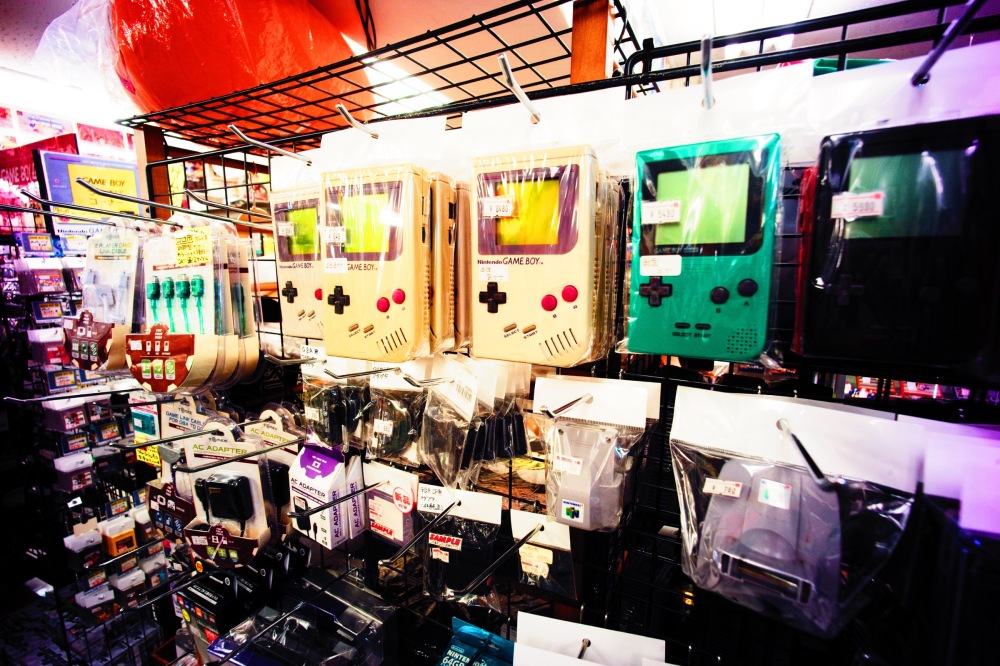 I didn’t end up buying anything, as the prices weren’t particularly different from what I could get things for back home, but it was just cool to have a look about, and know that somewhere like that exists somewhere in the world. 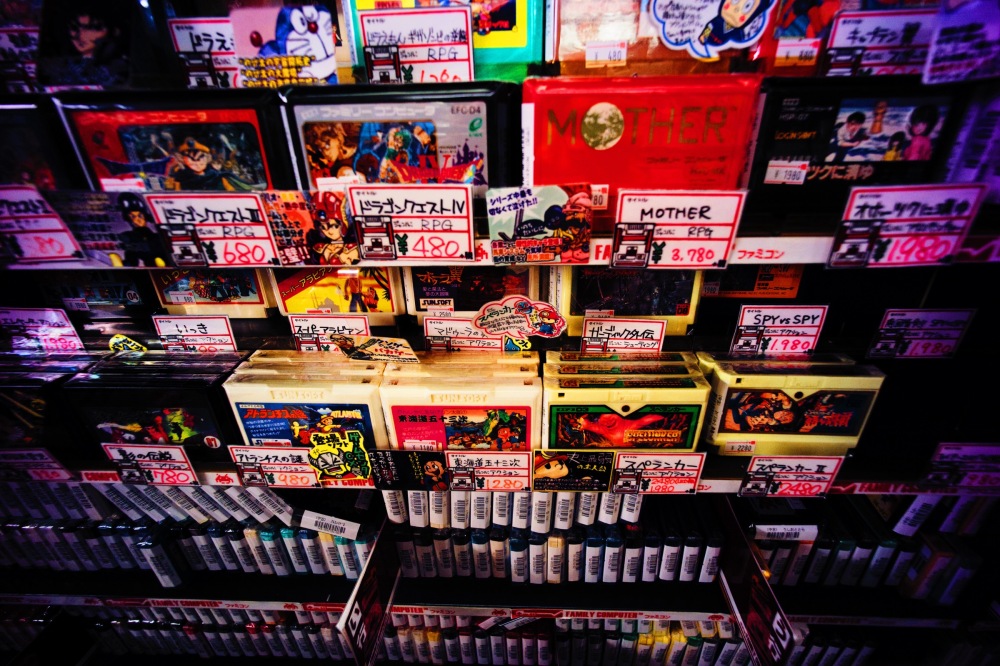 Other shops carried a host of weird and err, wonderful figurines…

I think my favourite had to be this one though, which looked bizarrely like Nicola Sturgeon:

Outside, the usual Japanese promotional madness was carrying on. 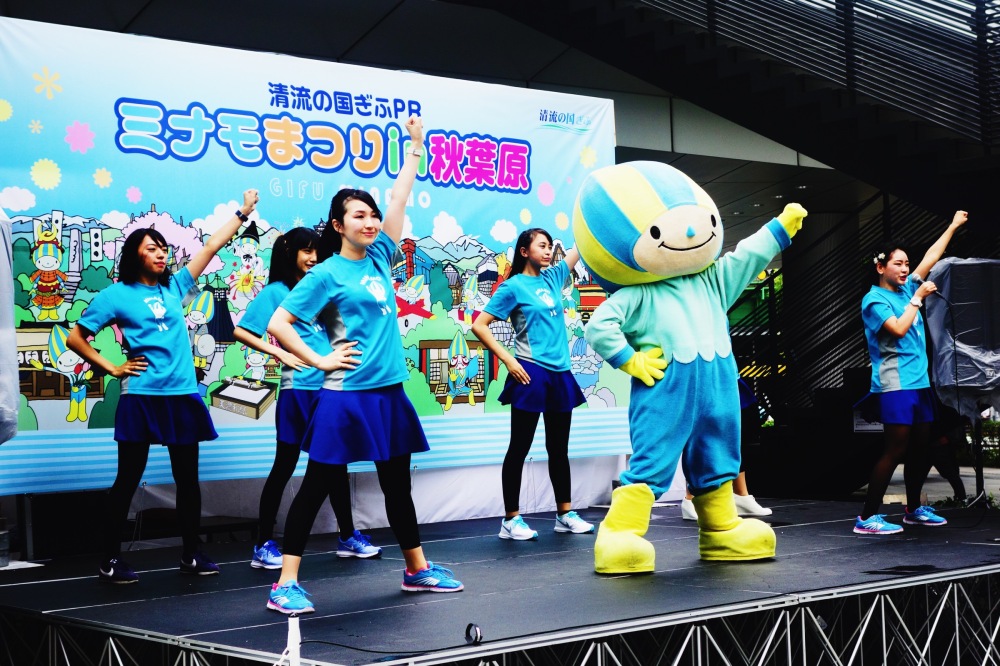 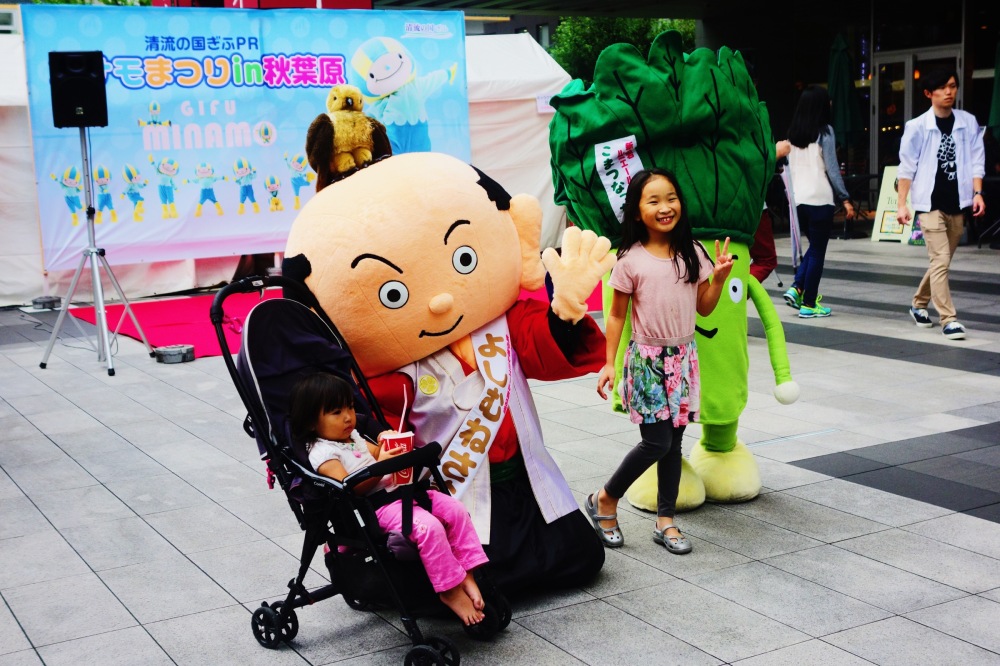 On the streets there are these mini toy vending machine things everywhere. A lot of it is the same kind of thing, with Pokemon keyrings and other bits and pieces. If you looked hard enough though, you could find some really bizarre stuff. For example, we managed to find a solid gold jobby in Akihabara:

We stopped for a burger at an American style hot dog place. Normally when abroad I’d avoid these kind of places, but in Japan, everything is interesting, including their take on Western culture. 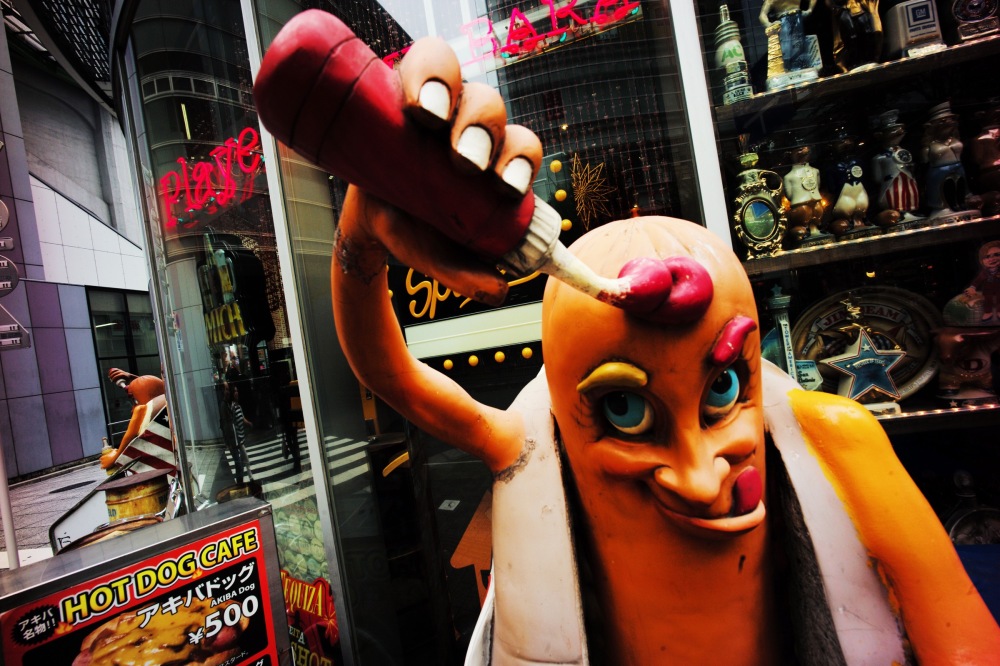 A photo of our weapons of choice for the trip…

The next stop was a huge multi-storey complex thing called Don Quixote. 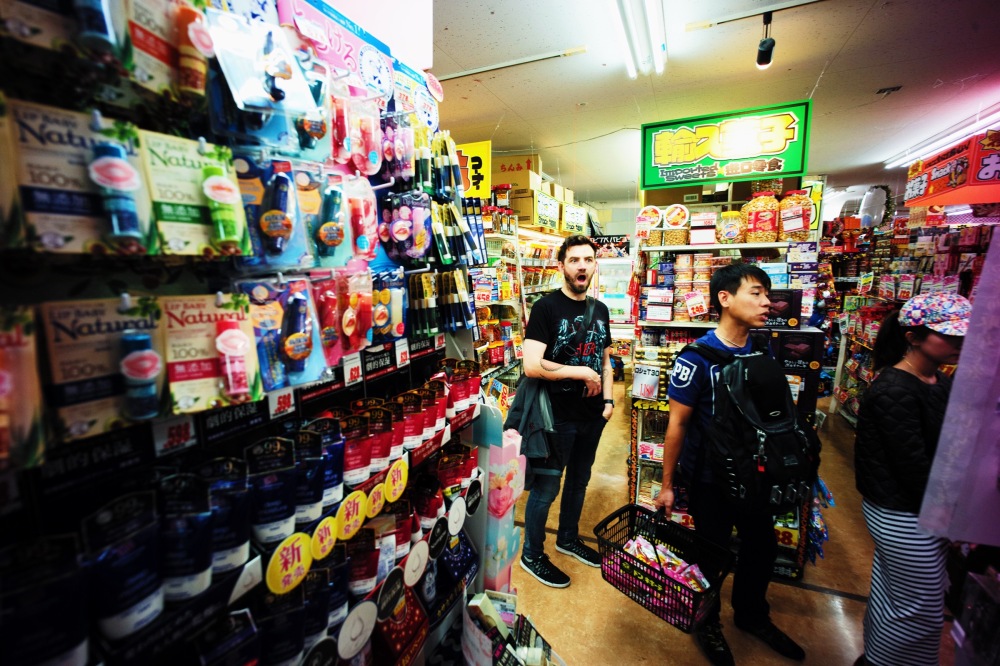 Don Quixote is this mad shop that is a weird Japanese version of ‘Your More Store’ (remember them?). It sells pretty much everything, from sweets to cosmetics, to plastic fruit…

If you’re after a cutesy Halloween costume, you’re in luck.

Or eh, a not so cutesy one.

There was a bizarre selection of sexually related items as well.

Including out and out sex toys. I’ll avoid going into the details of what was on offer up here to spare you.

Up and up you go, where there’s even a level dedicated for a supposedly famous J-Pop group.

Go up even further, and you hit this mental arcade. 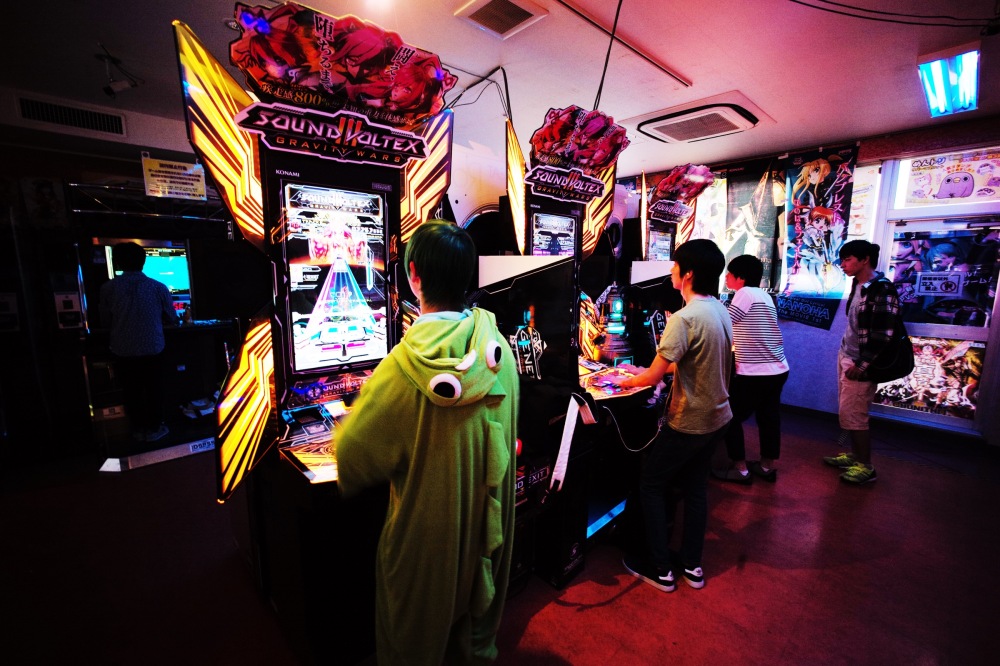 This floor was full of kids playing games at an unbelievable speed – like all of the insane YouTube videos you might have seen in the past. We wandered about in a bit of a daze, watching and taking pictures (though apparently this was frowned upon). 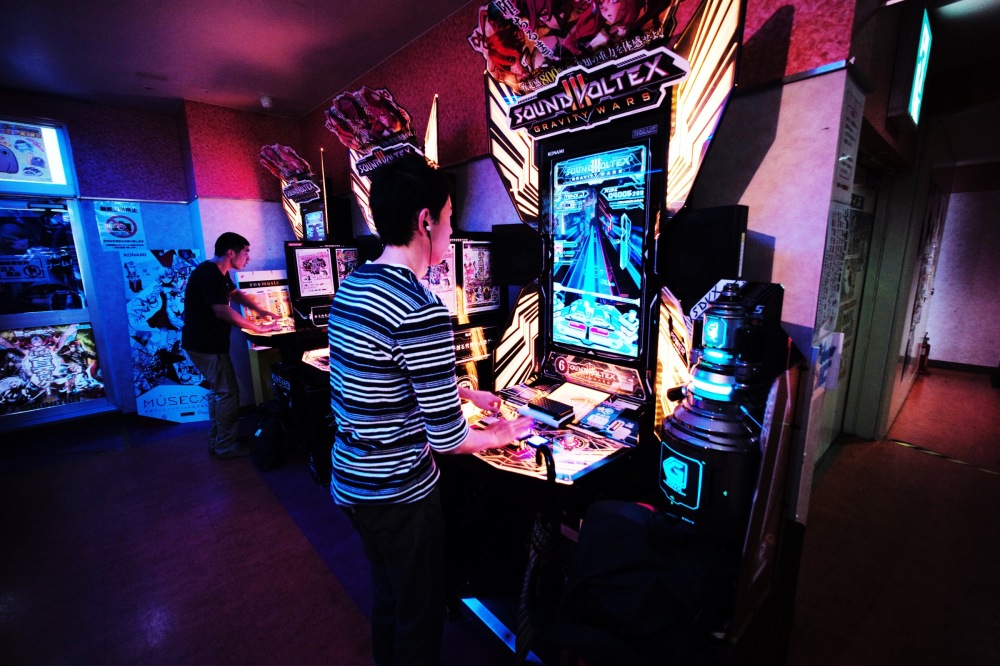 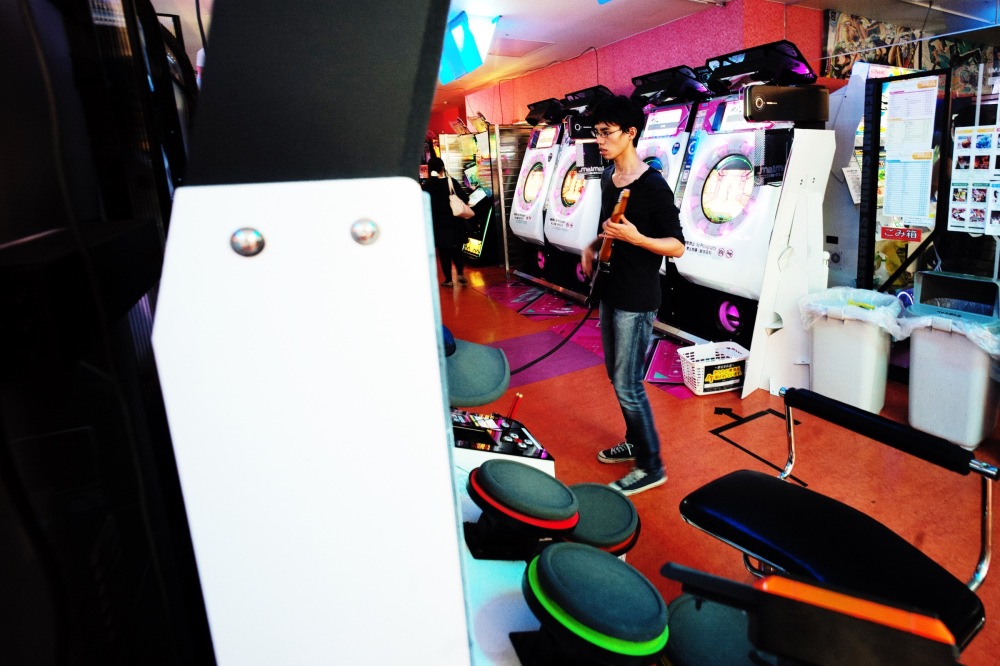 On the very top floor, there were gambling machines. This place was so filled with dense cigarette smoke that we literally just did one lap and went straight for the exit without taking any pictures. It dawned on me that all of those weird high rise buildings in Pokemon Gold on the Game Boy suddenly made sense after all of those years. It’s as if they were perfectly modelled on places like Don Quixote.

At night, the city lit up like a Christmas tree. 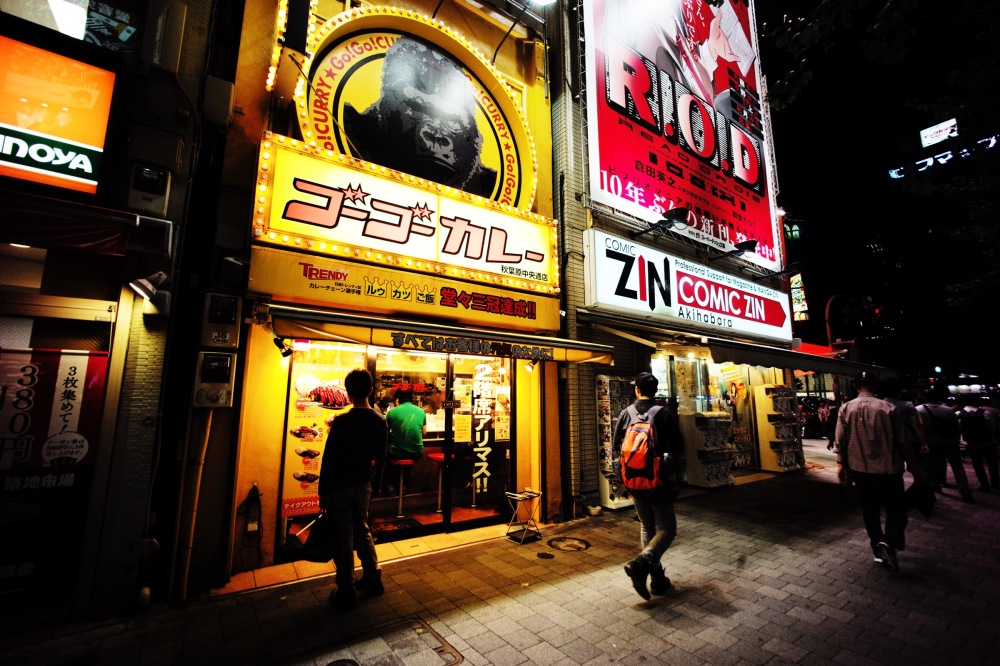 We spent some time just wandering about, taking everything in. The beauty of Japan is that there is always something interesting to see, and photograph. 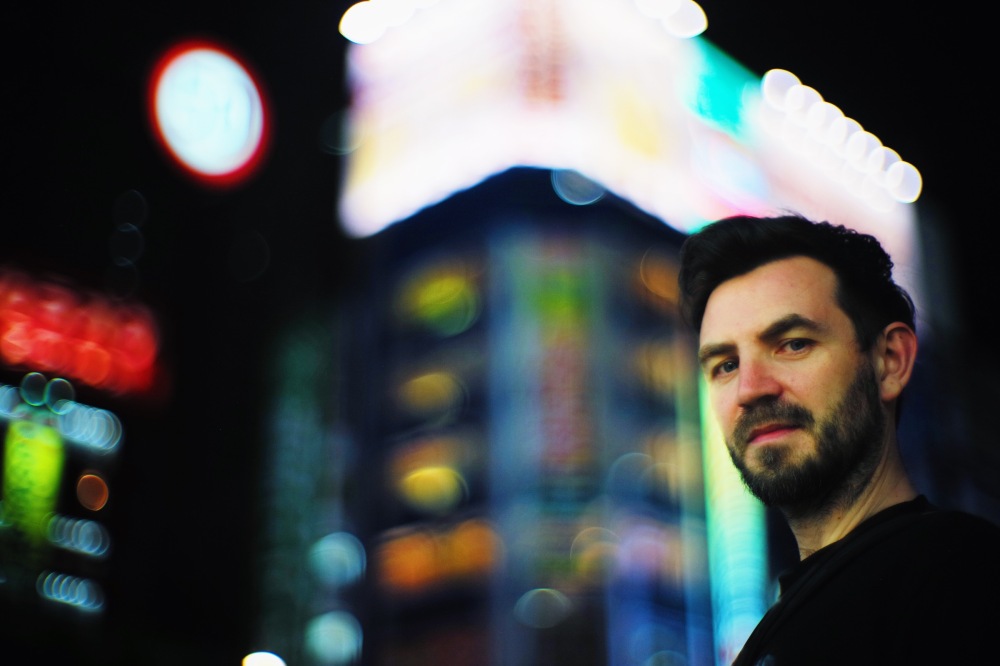 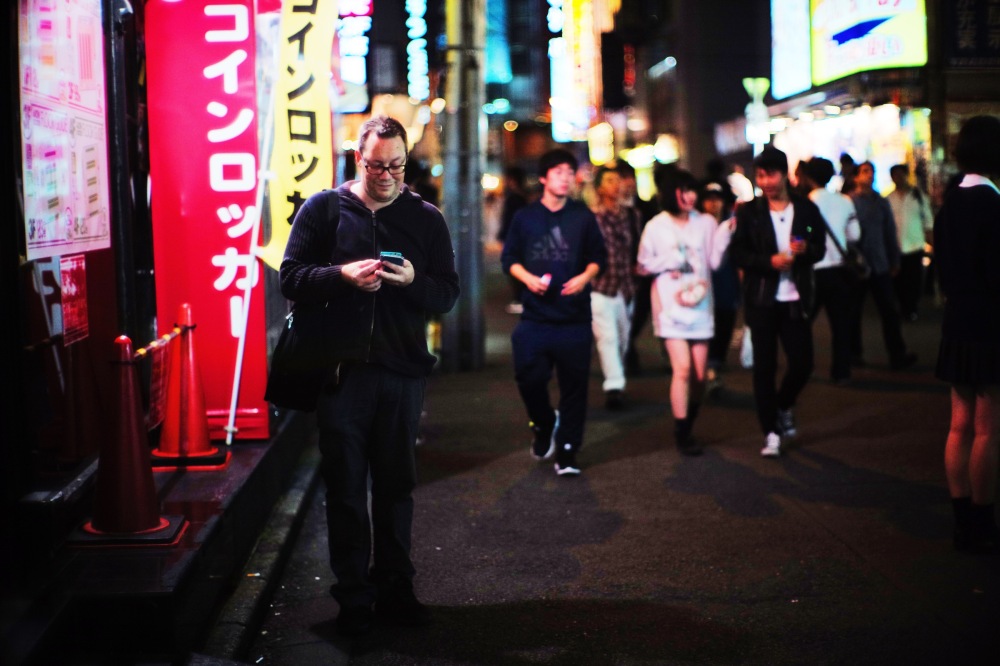 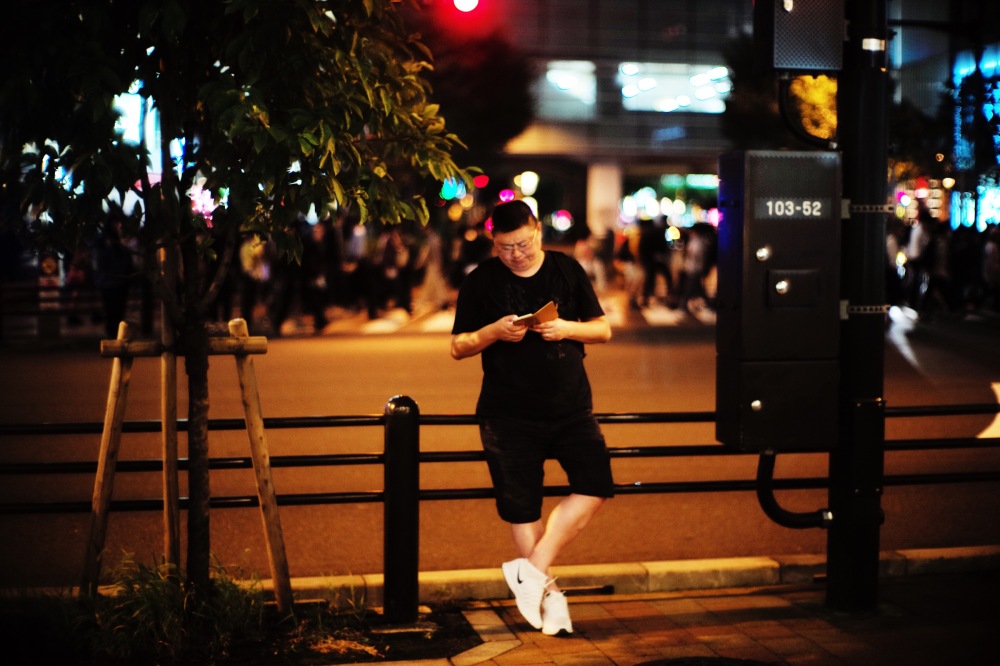 One of the infamous facets of Japanese culture is the ‘maid cafes’, which are abundant in Akihabara particularly. We watched as girls would go up to guys in the street, to try and entice them into their establishment. It seemed uncomfortably like they were soliciting prostitution, but it’s apparently not the case. Rather, you go along, drink overpriced drinks, and these girls act cutesy in a weirdly sexual non sexual pantomime. Either way, the girls were pretty persistent, though they didn’t seem to approach any foreigners, interestingly enough. They also didn’t like it if you tried to take their picture, so there wasn’t too many good ones in the end. 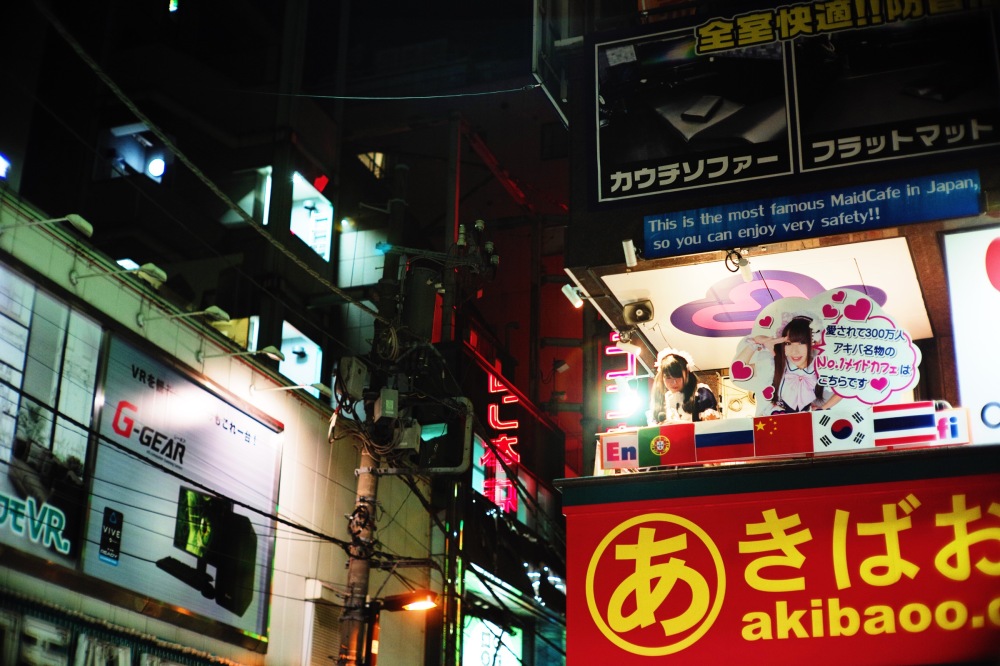