For whatever reason, I’ve always had a bit of a mental block when it comes to shooting street photos in Glasgow; something I wanted to change in 2018. It hasn’t been particularly easy, as daylight hours are limited in the Scottish Winter, but I’ve made an effort to allow some extra time to kick about town with my camera before doing whatever else I’ve had planned.

It’s been pretty interesting to actually spend a bit of time just walking about town, as it’s something I don’t really do much any more since moving from the centre a few years ago. There are lots of subtle changes that I haven’t noticed until taking the time to look. One thing in particular has been a marked increase in the number of people sleeping rough on the streets. Normally, I avoid taking photos of those who are hard up, as it can all too easily feel exploitative, but it has become such a visible issue in Glasgow that it felt it did those people more of a disservice to not represent that somehow. The sight of one guy in particular who was sat outside one of the biggest churches in Scotland spoke volumes.

For the shots themselves, I’ve been using my trusty Sony RX100. It’s a beaten up, unassuming camera with a silent shutter, that is far less invasive than shooting with an SLR or rangefinder. I’ve also made a decision to stop being overly concerned with what other people will consider to be imperfections with street shots, and keep those that I like personally. 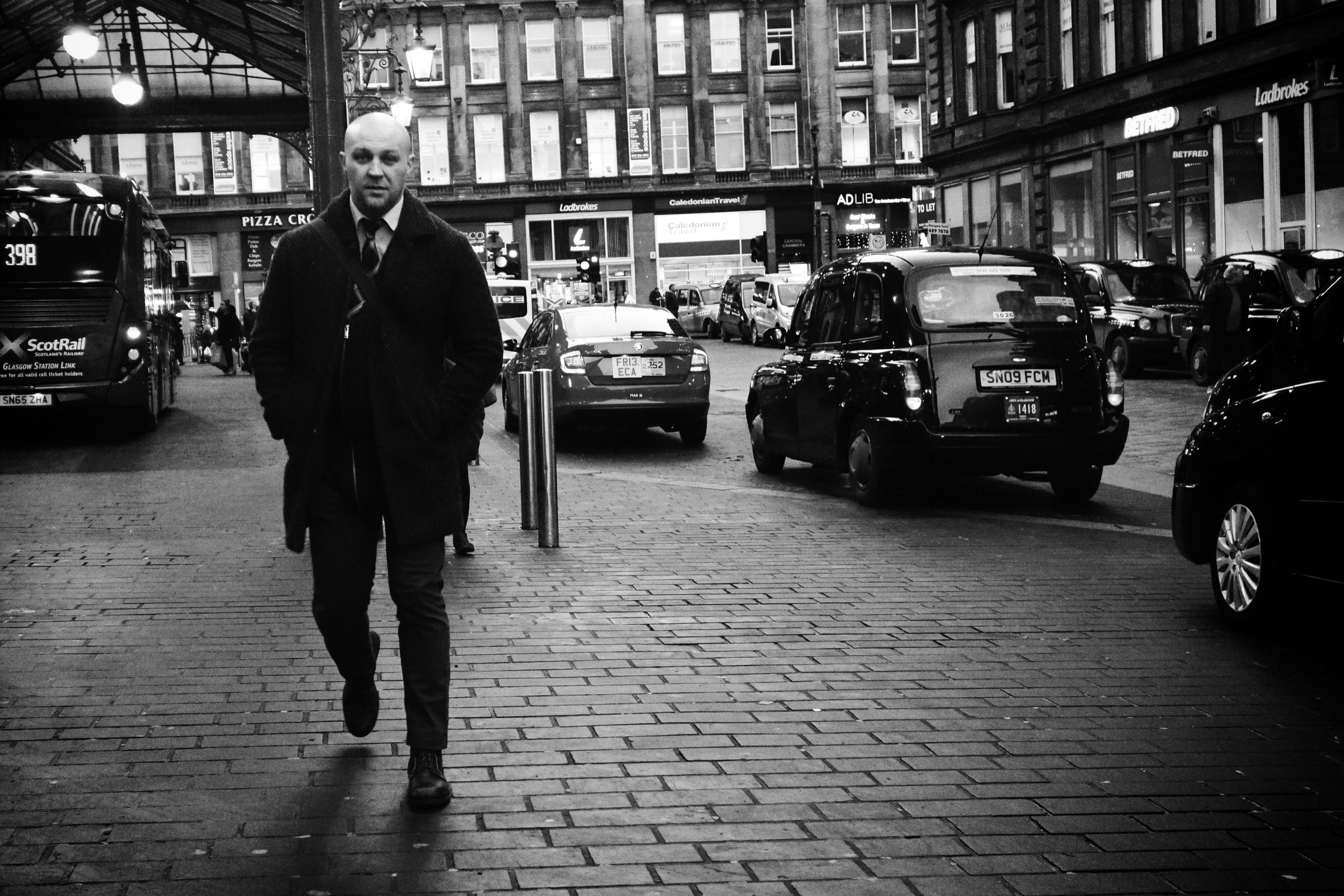 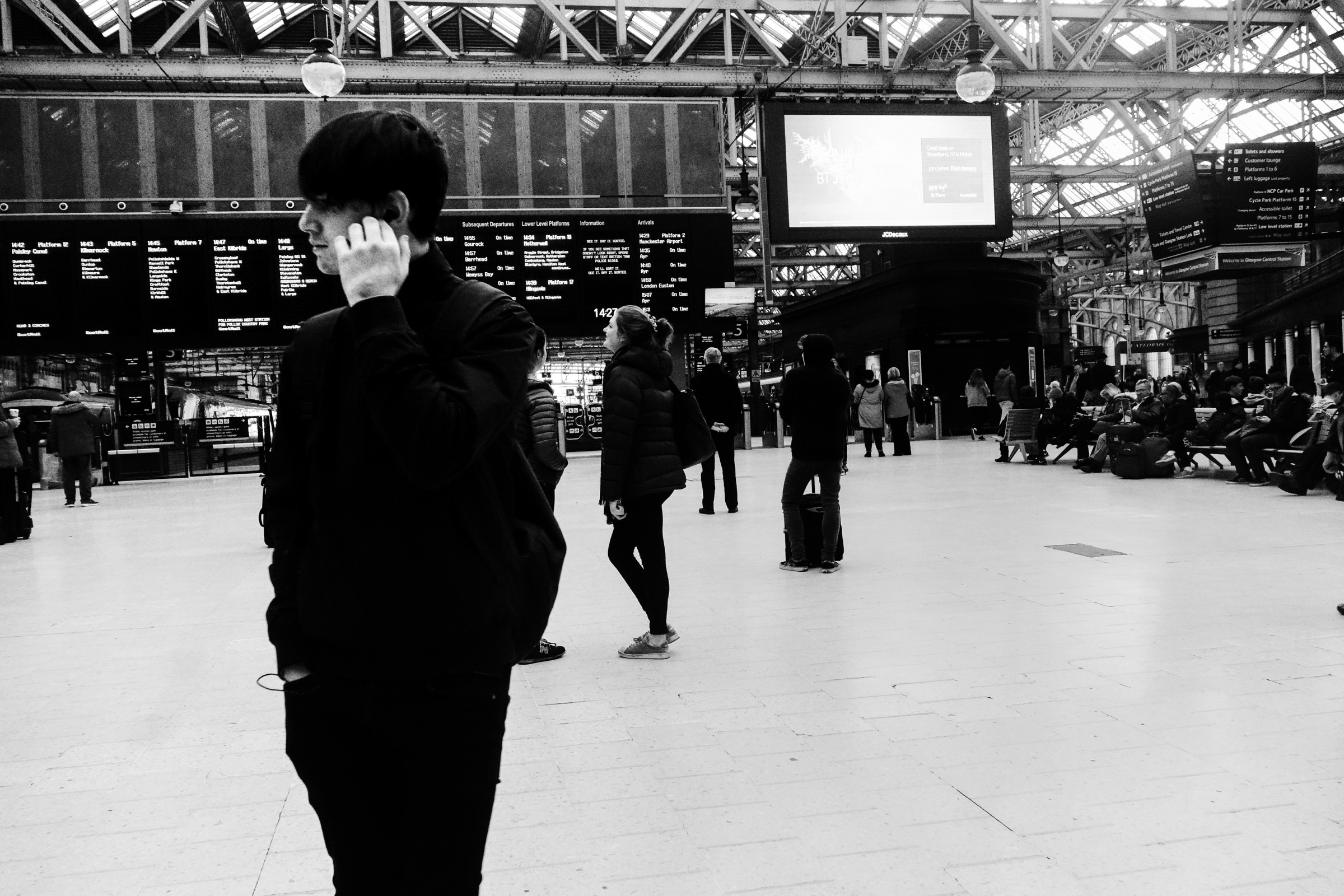 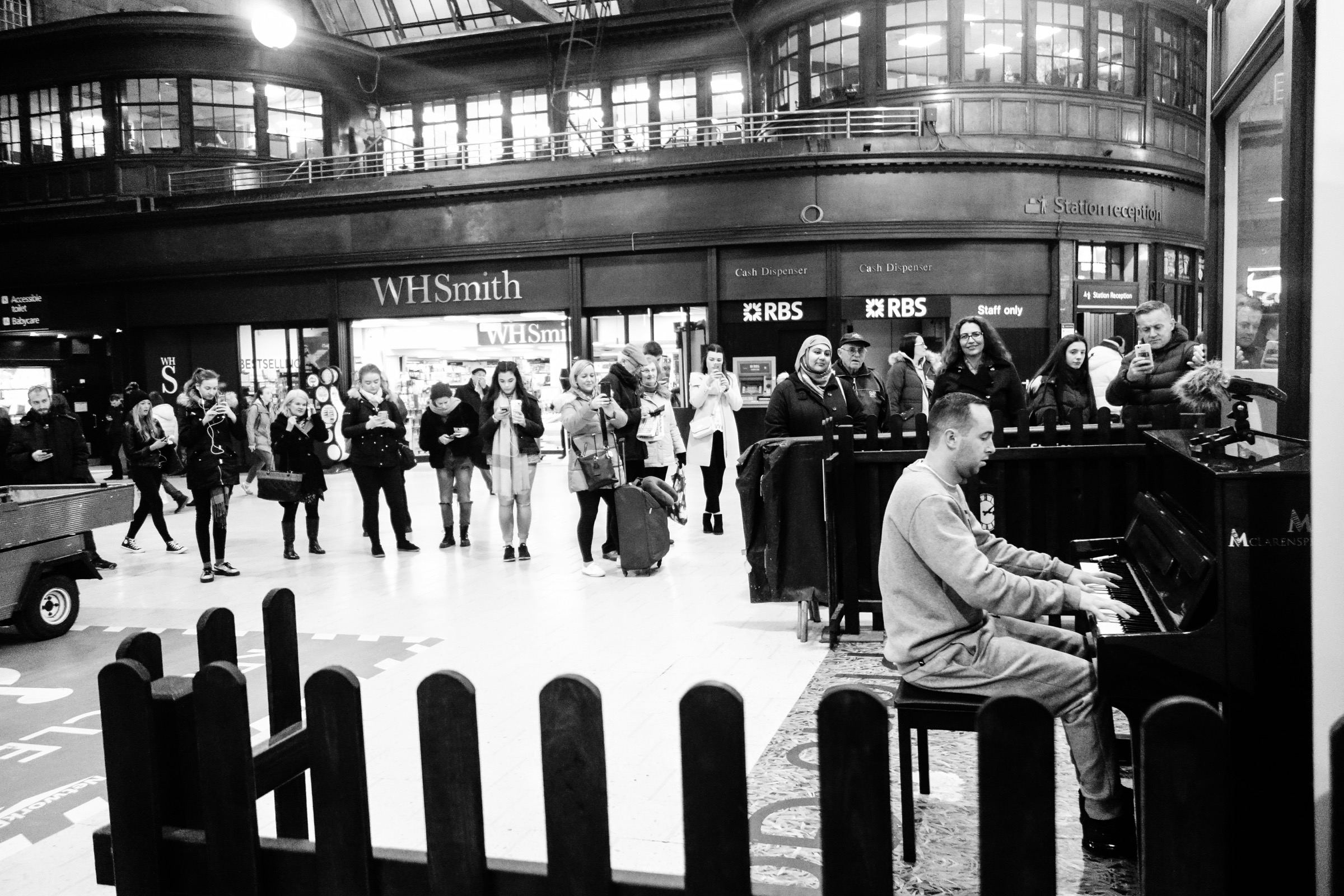 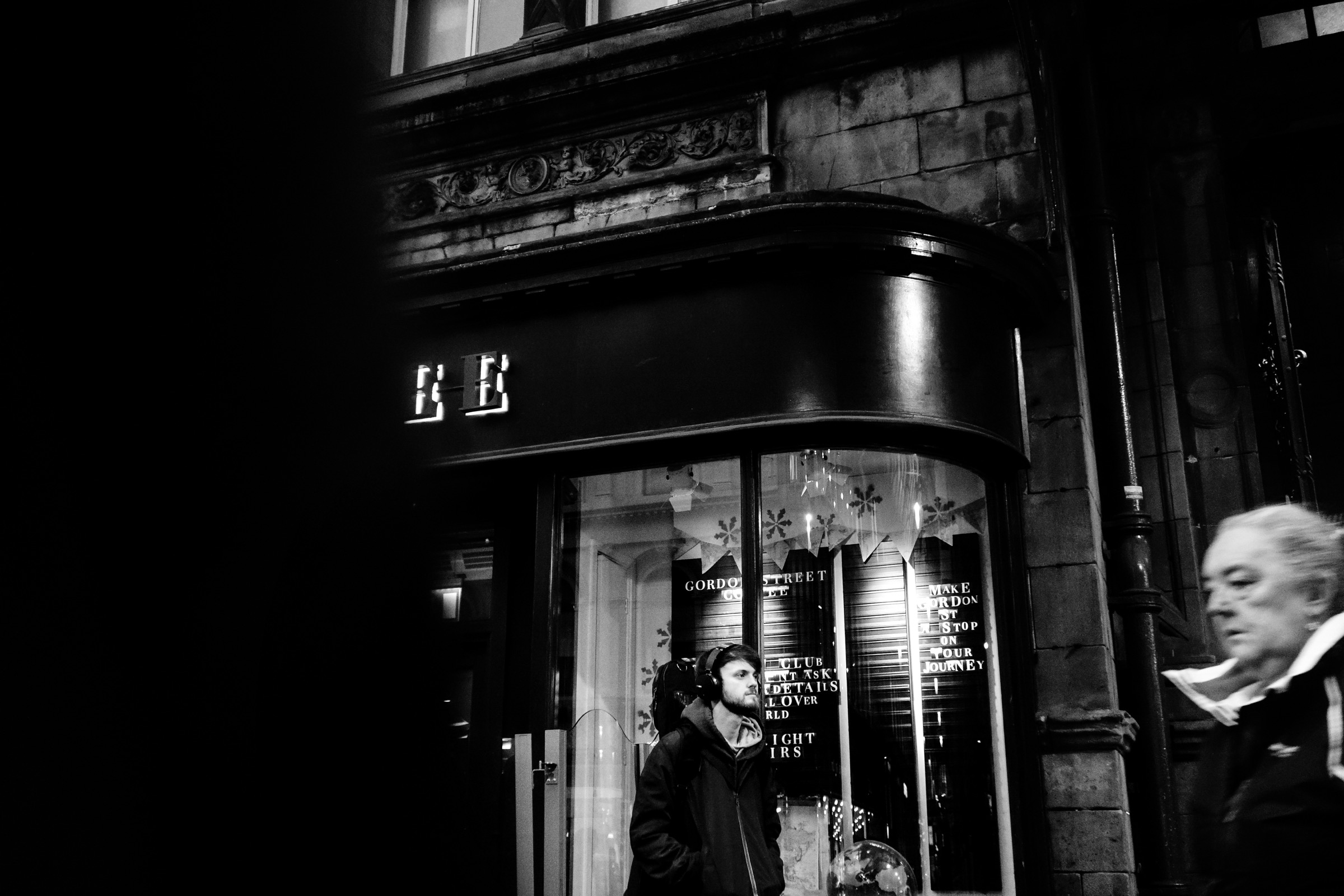 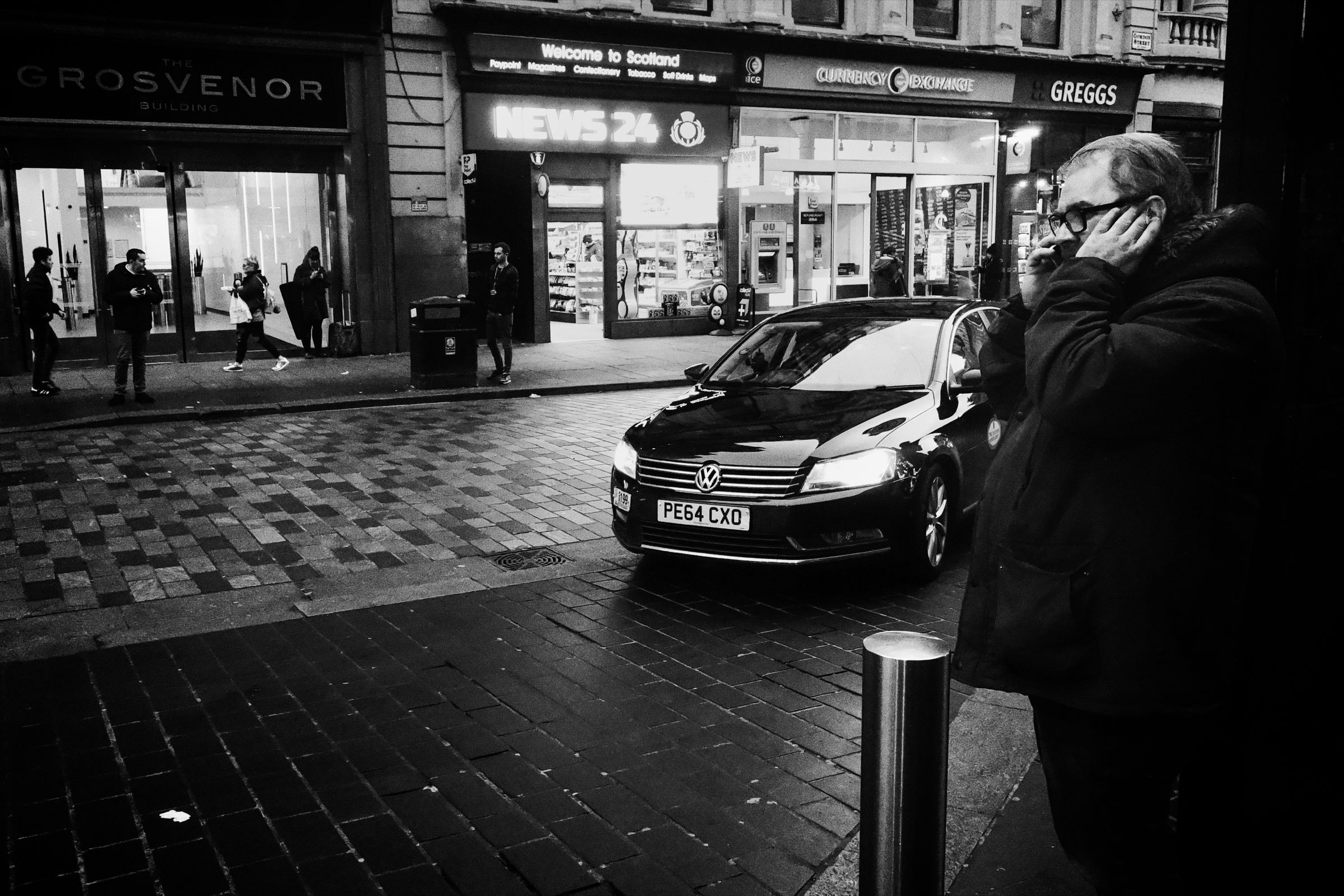 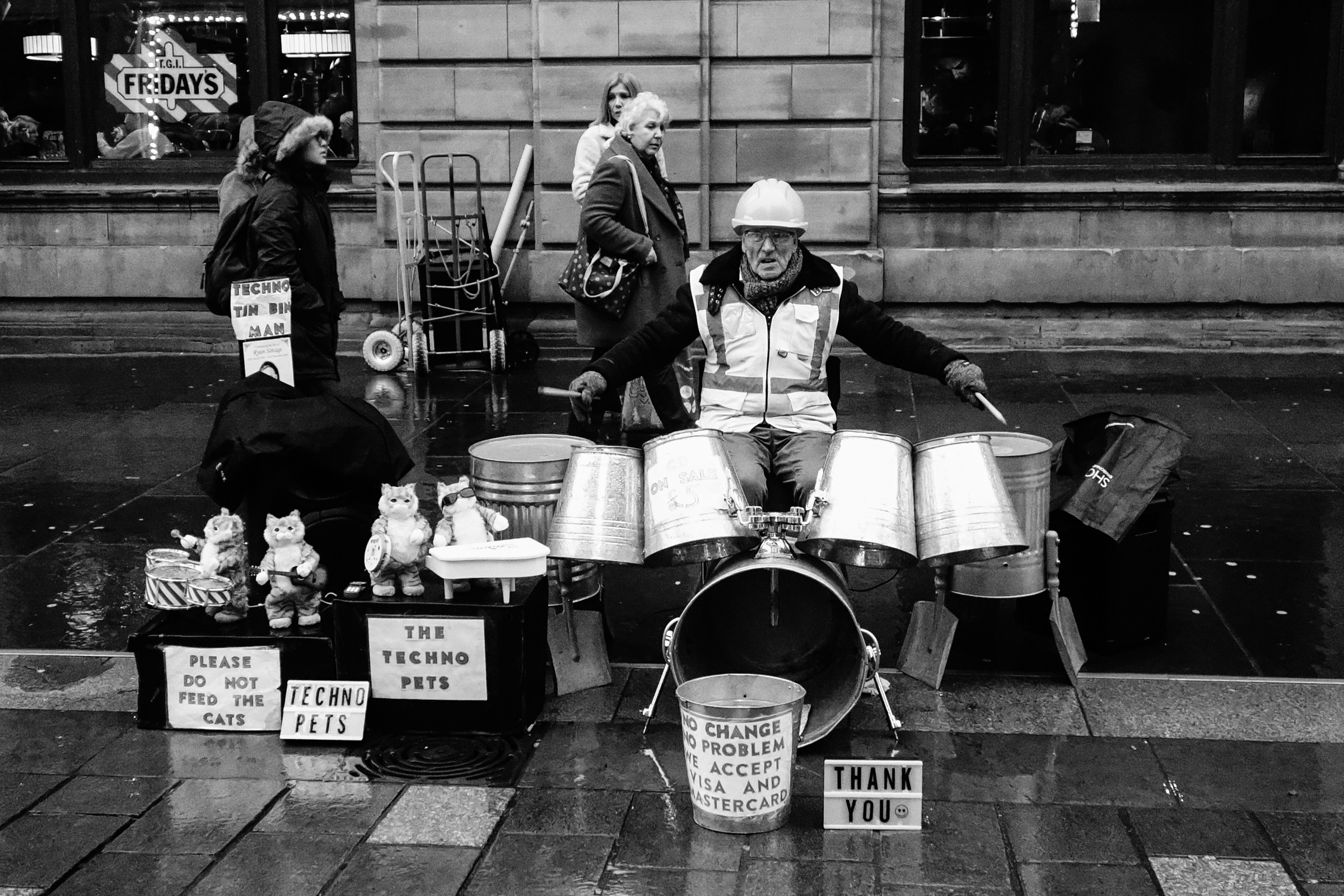 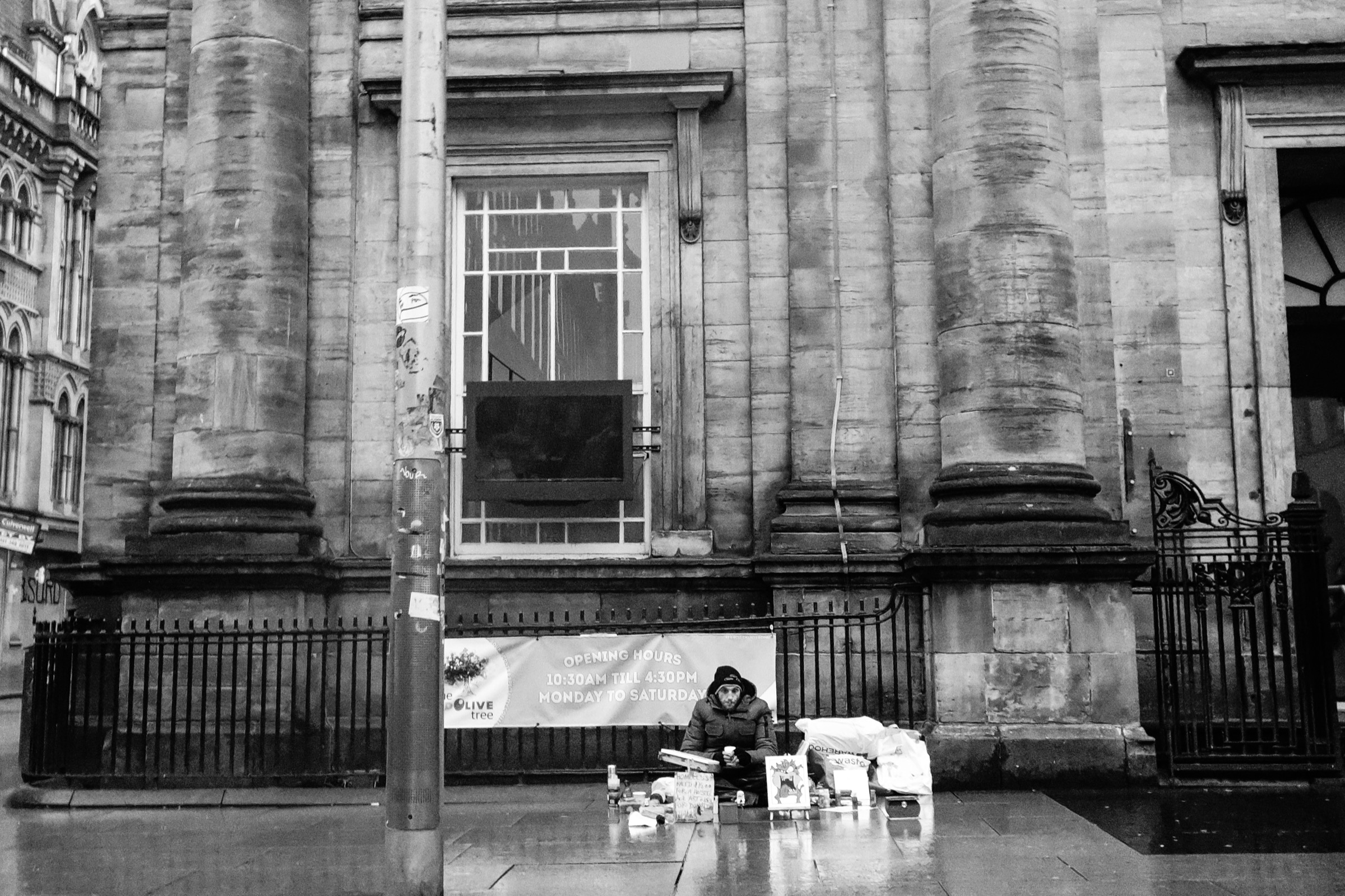 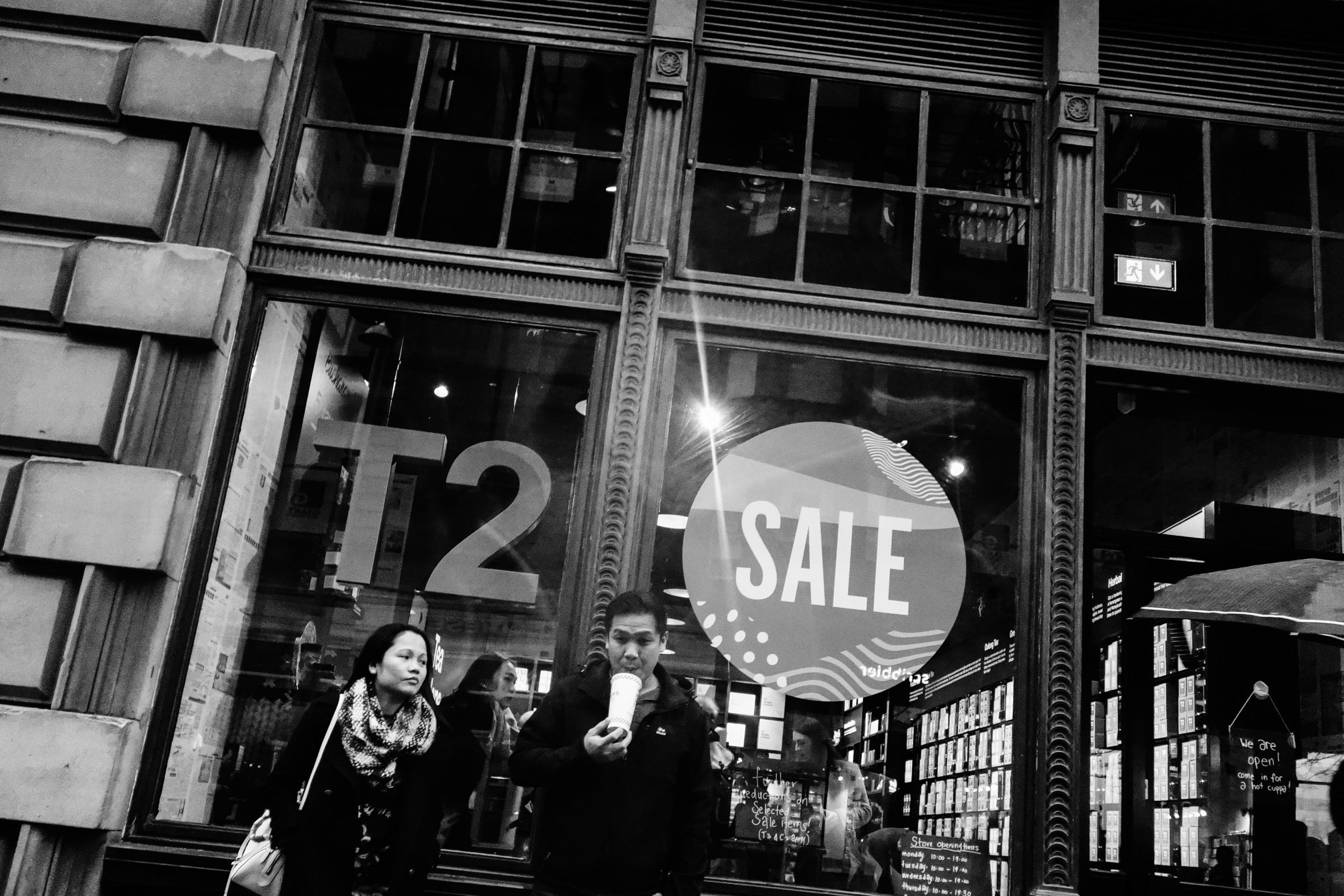 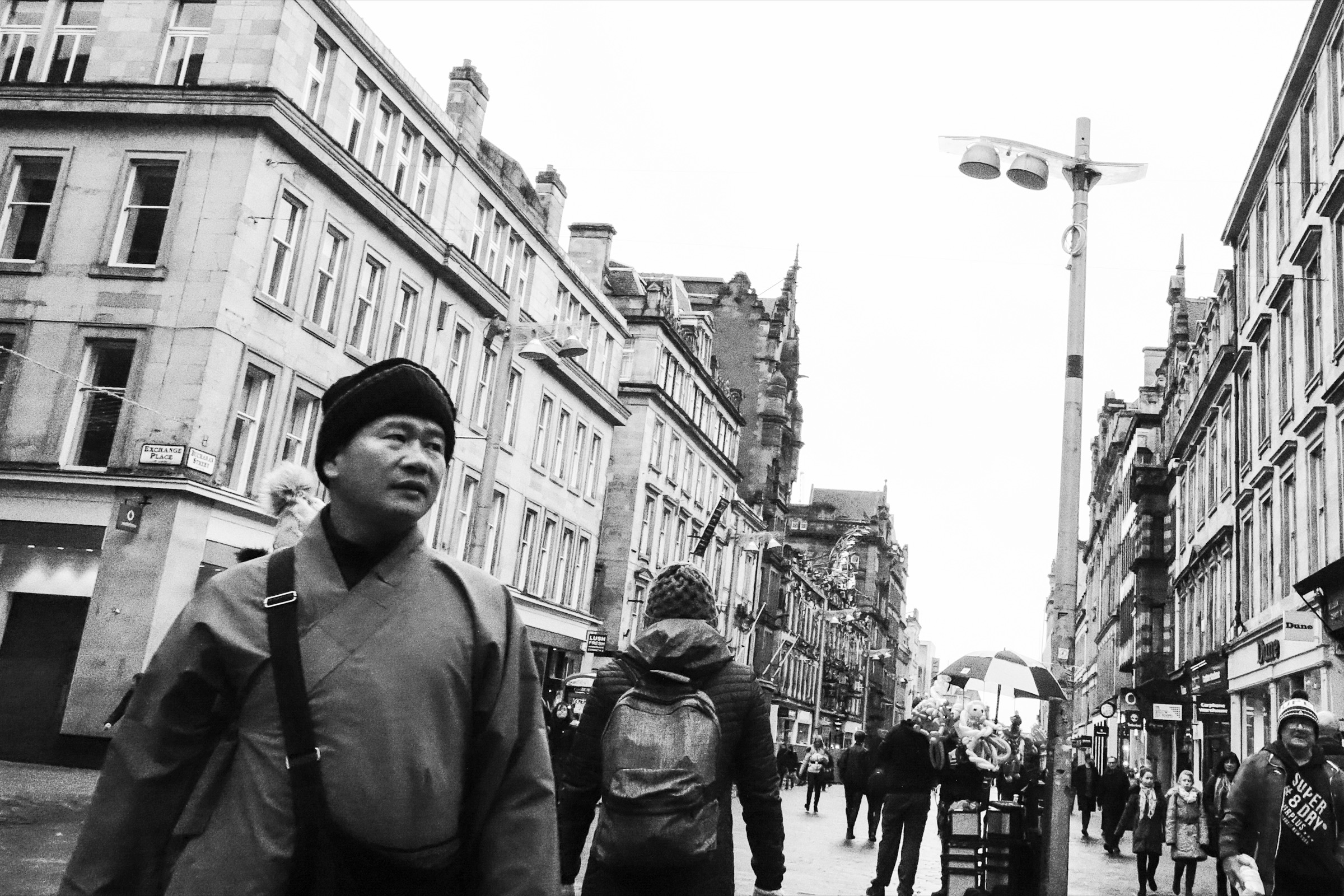 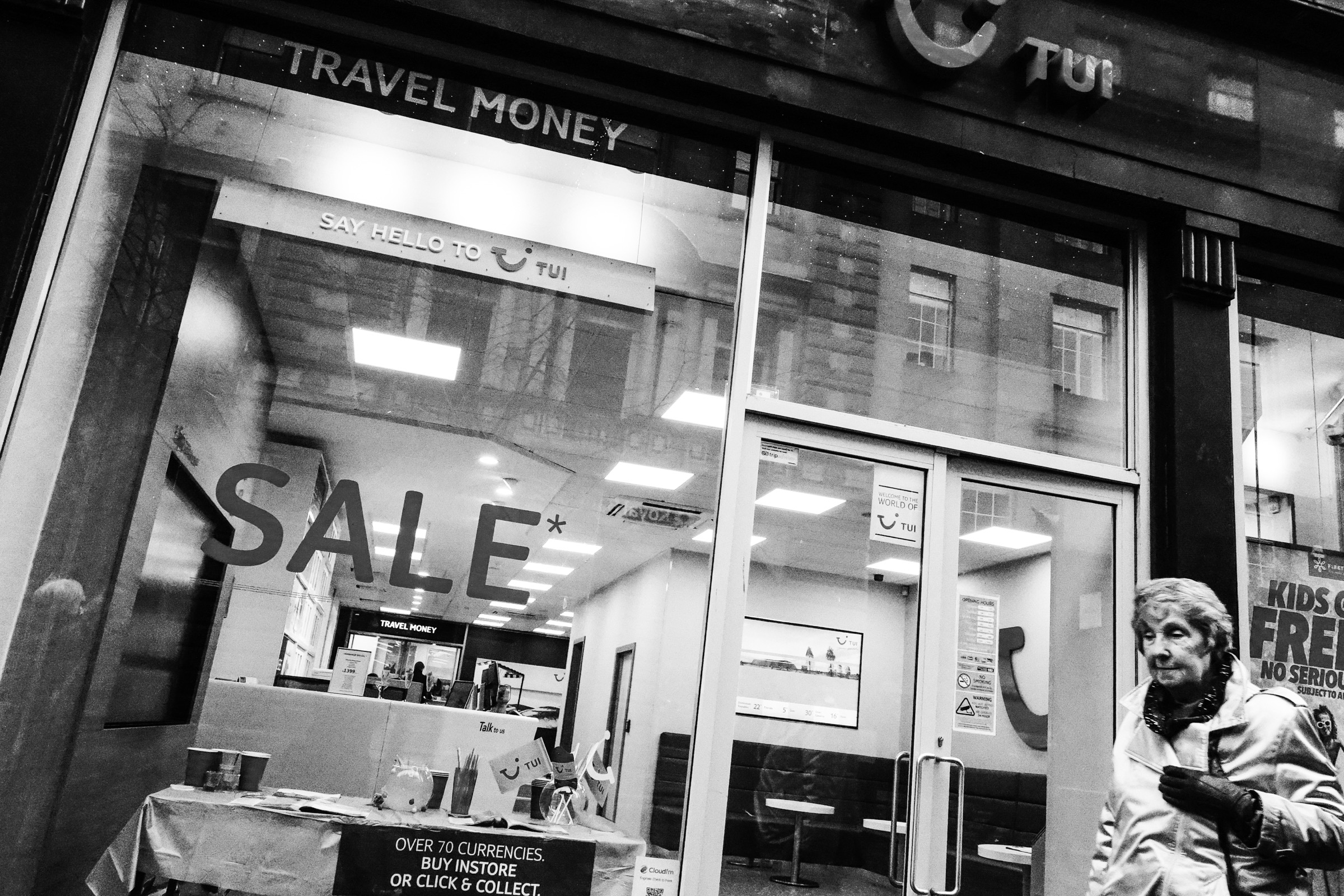 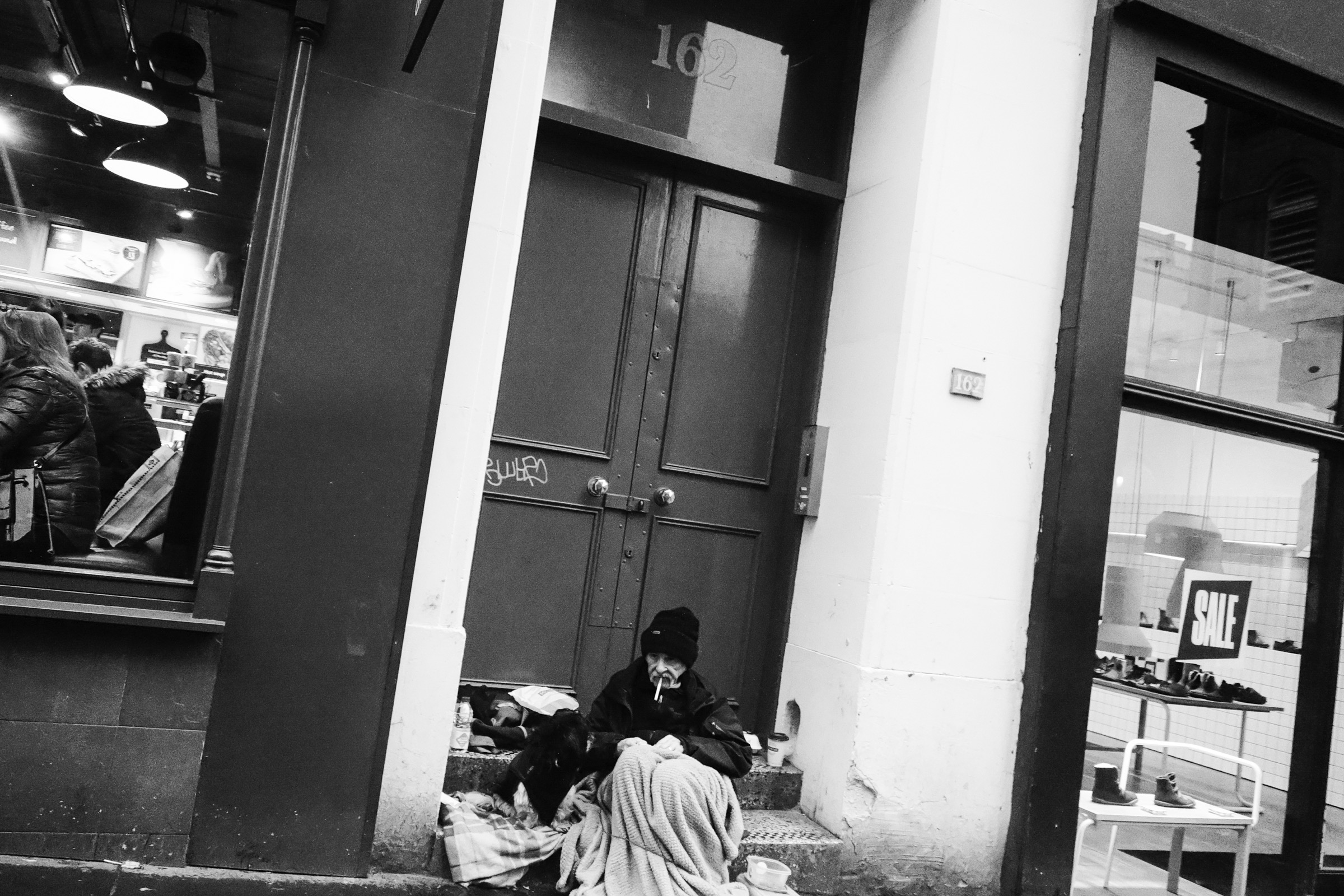 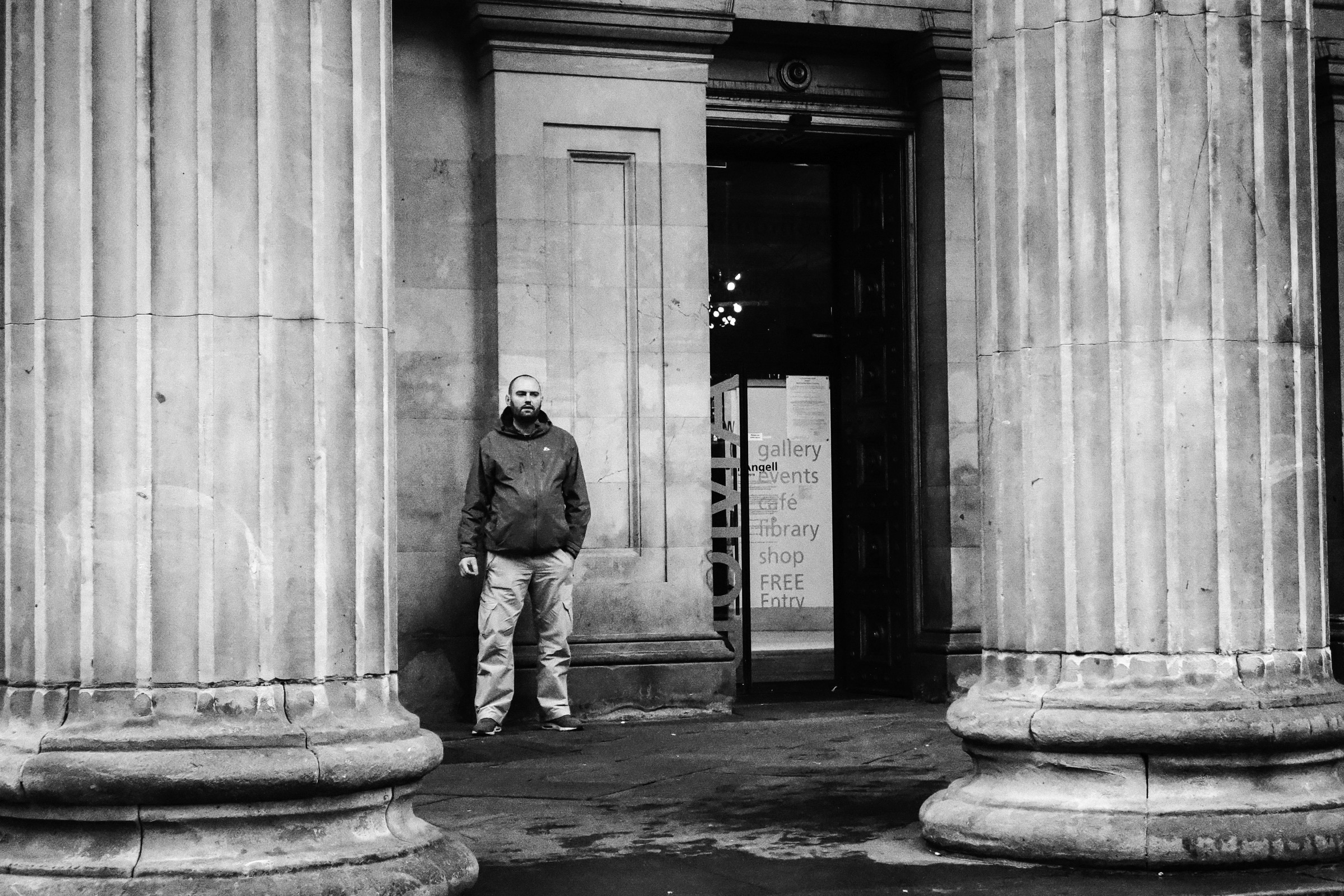 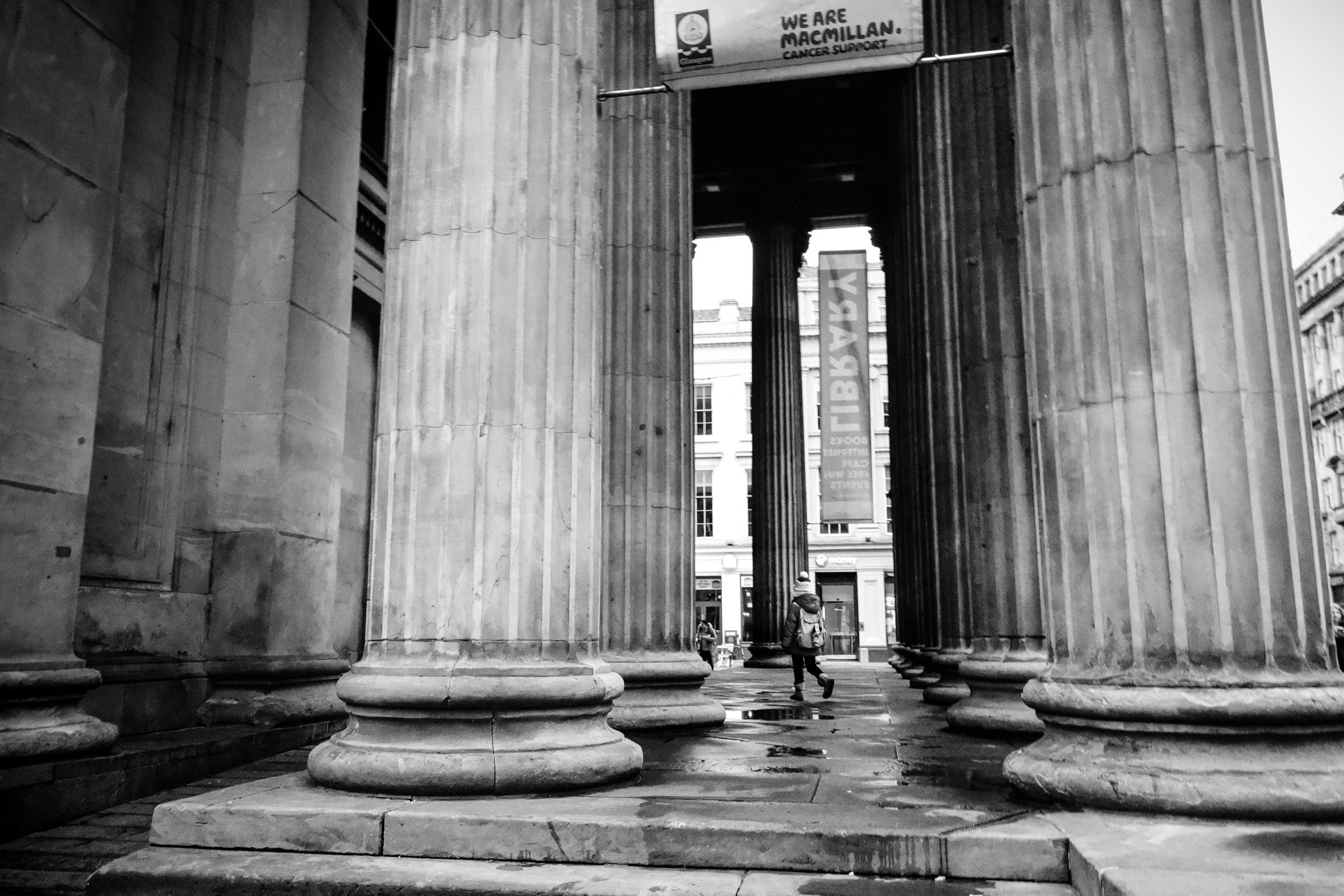 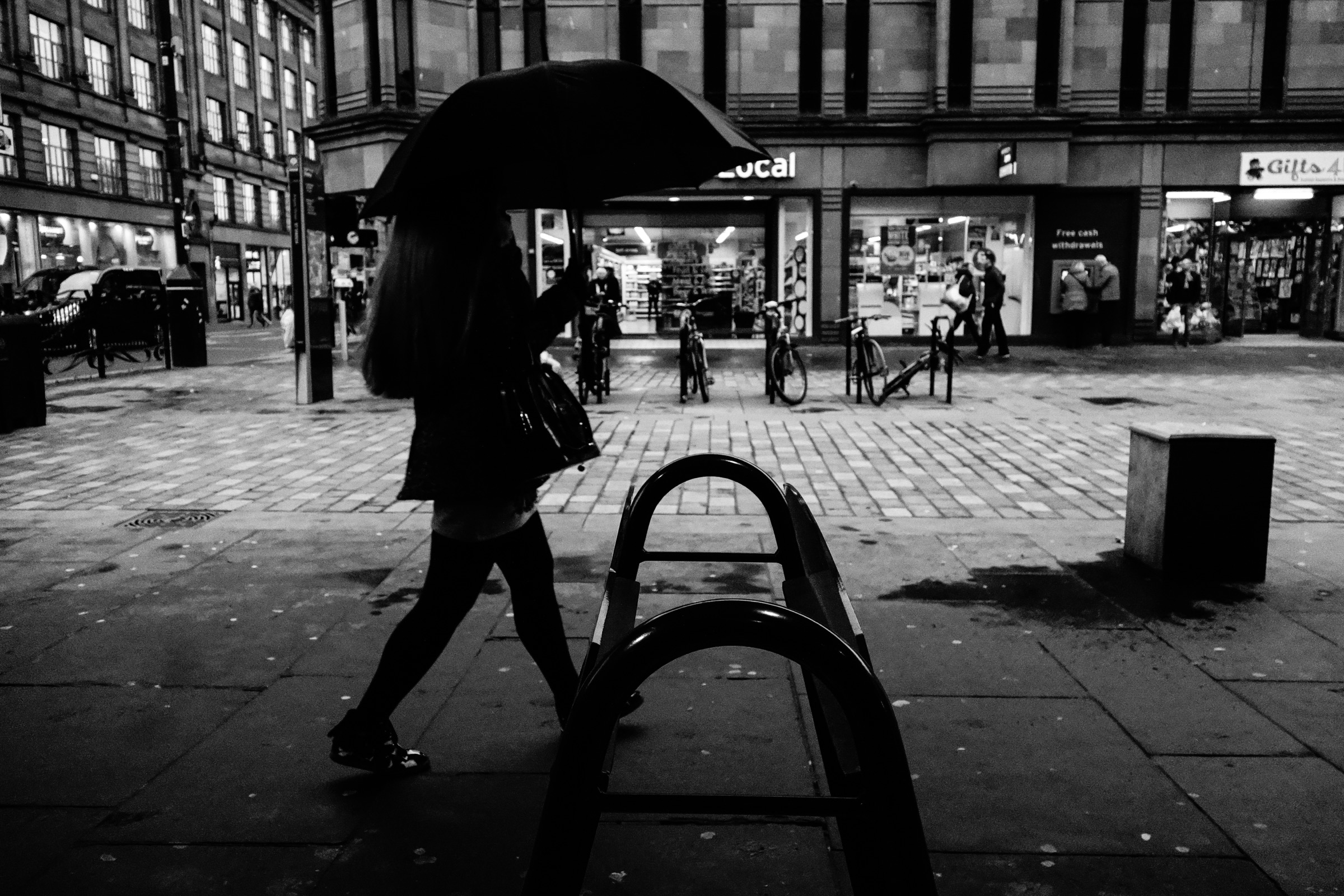 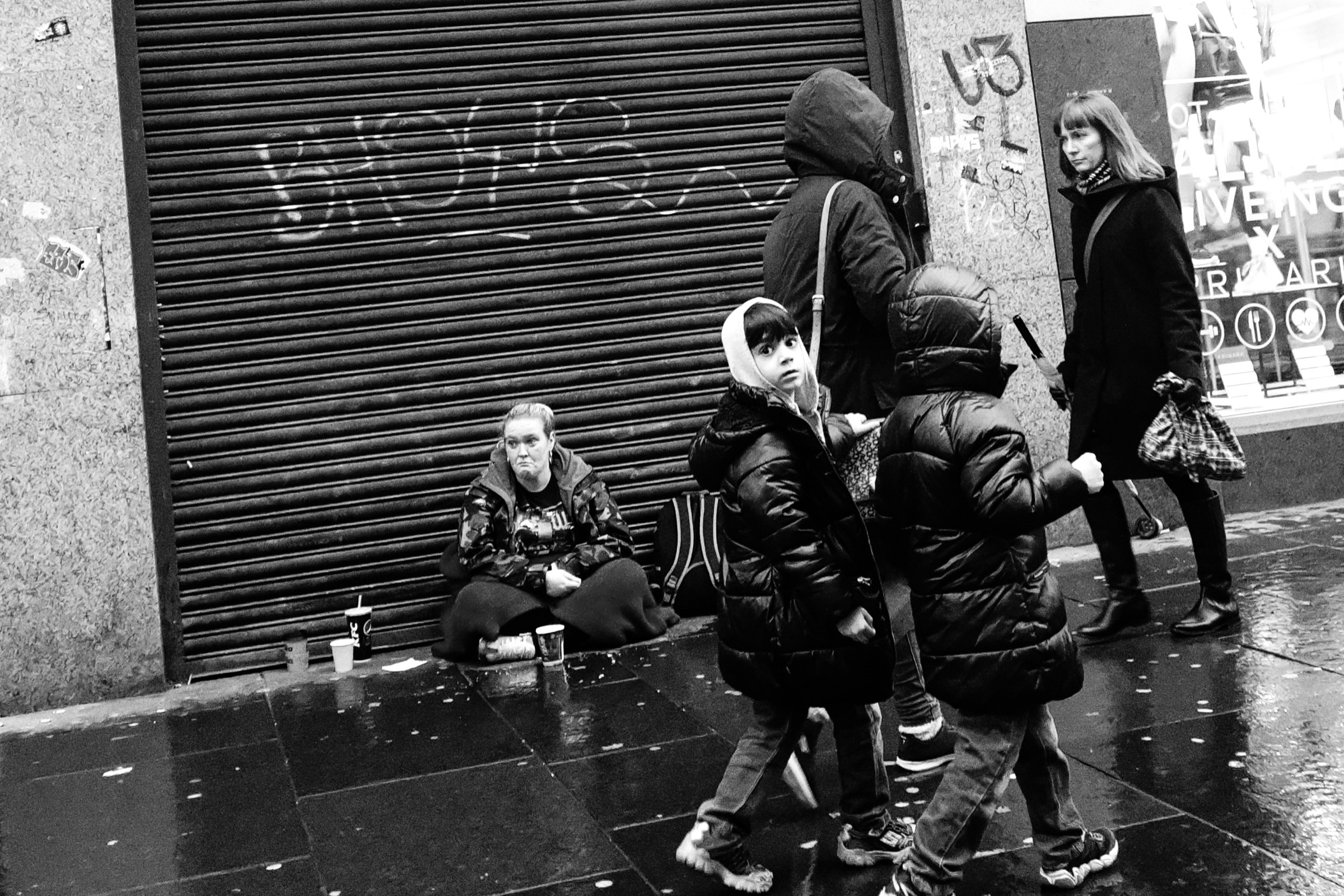 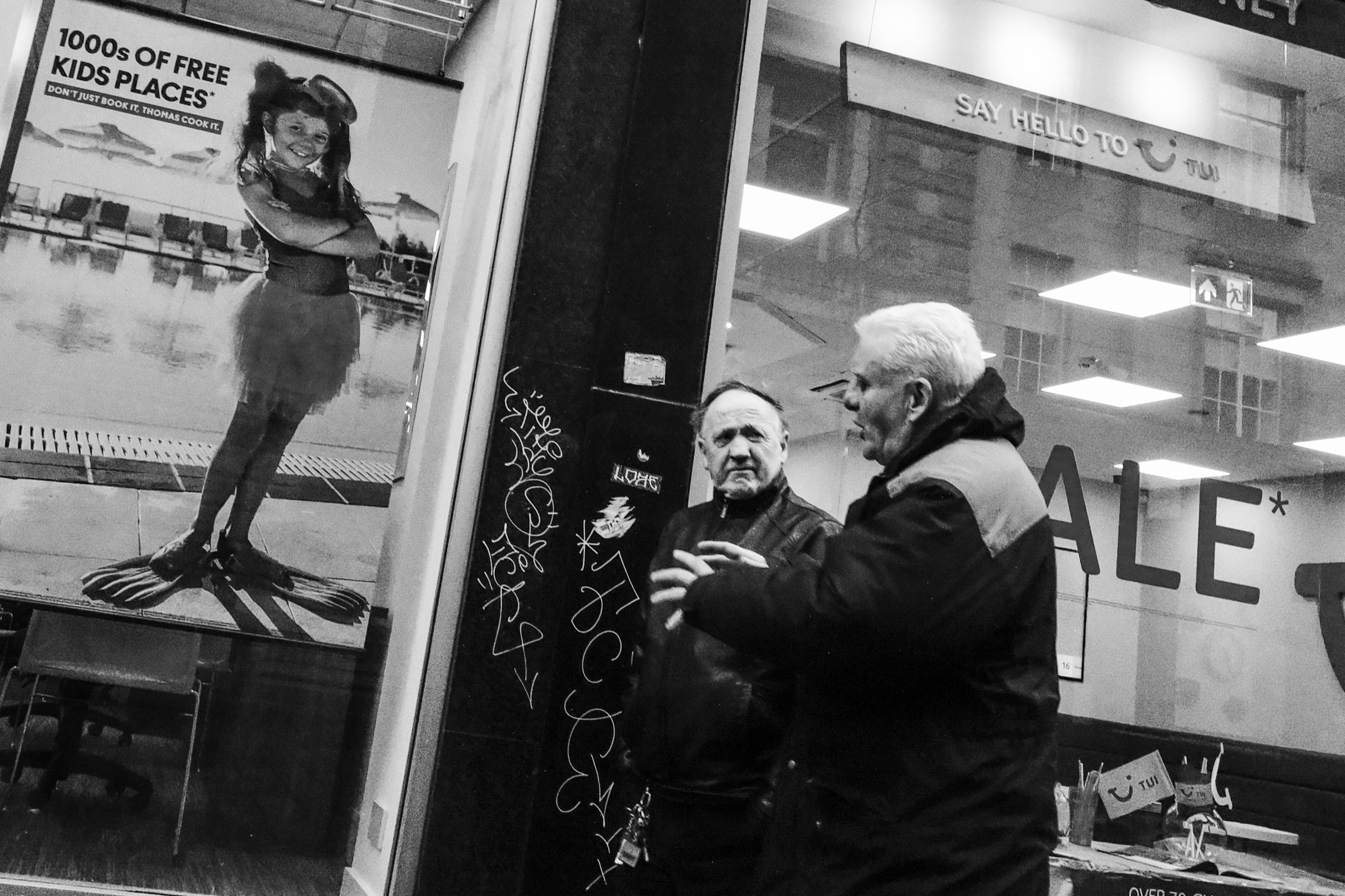 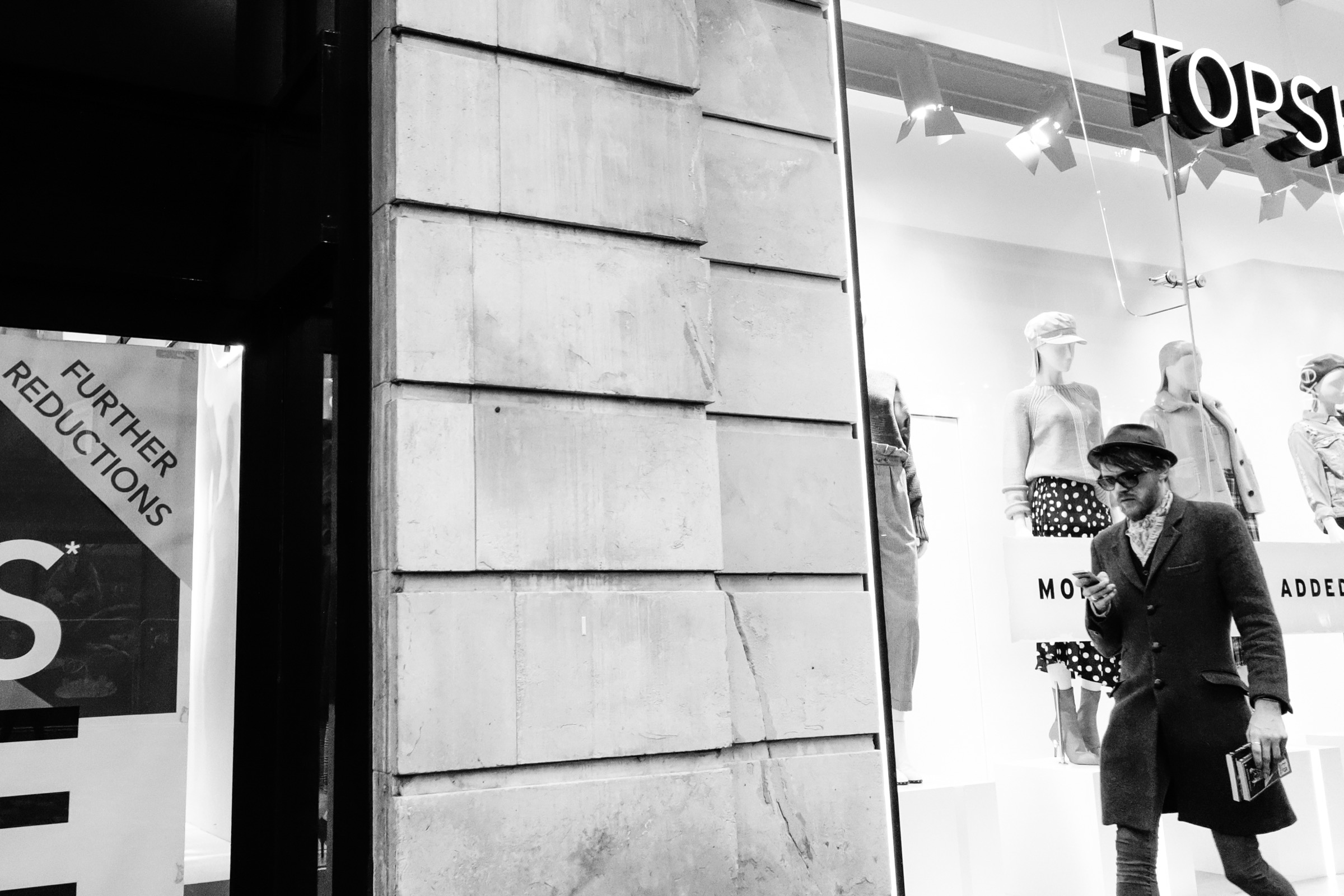 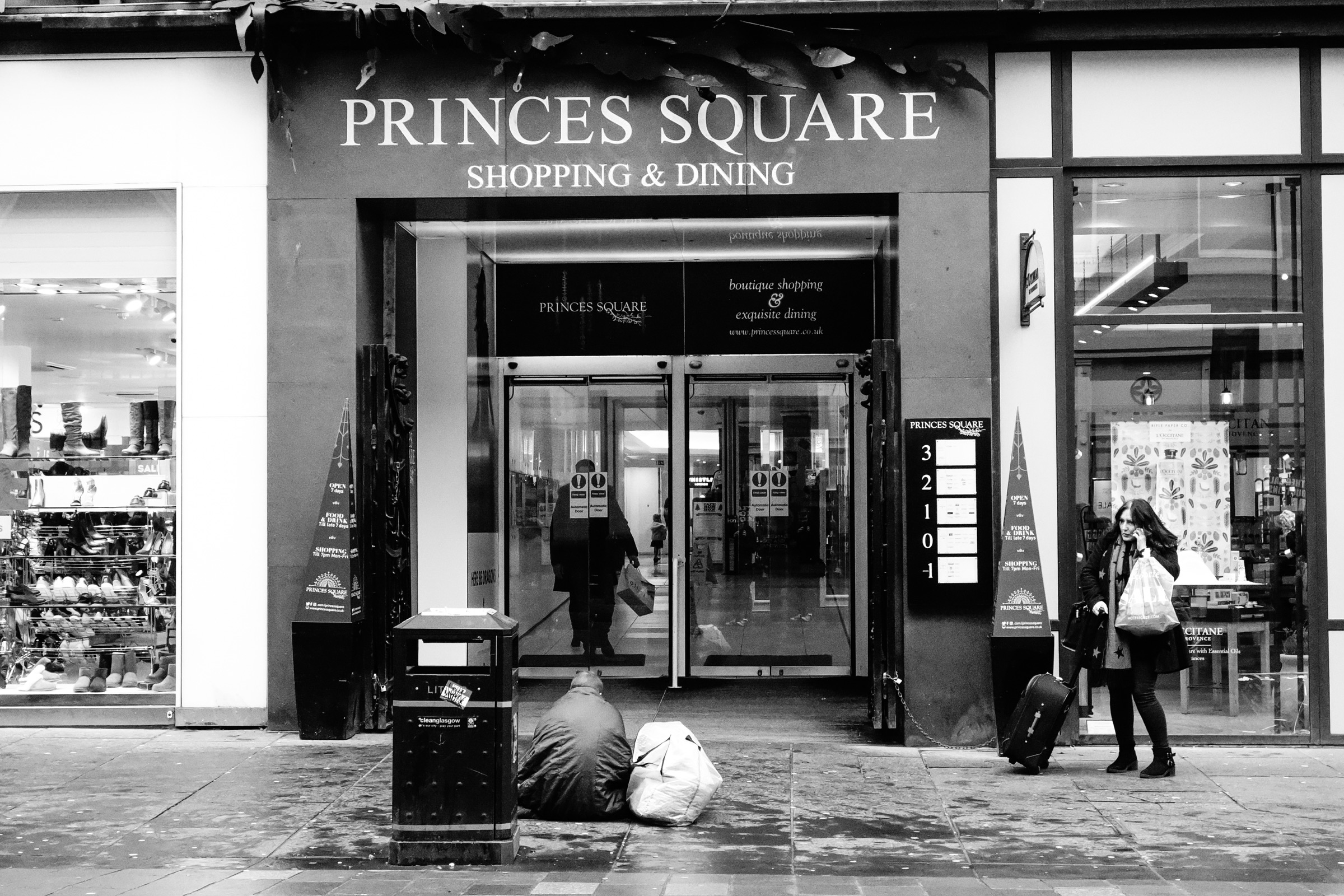 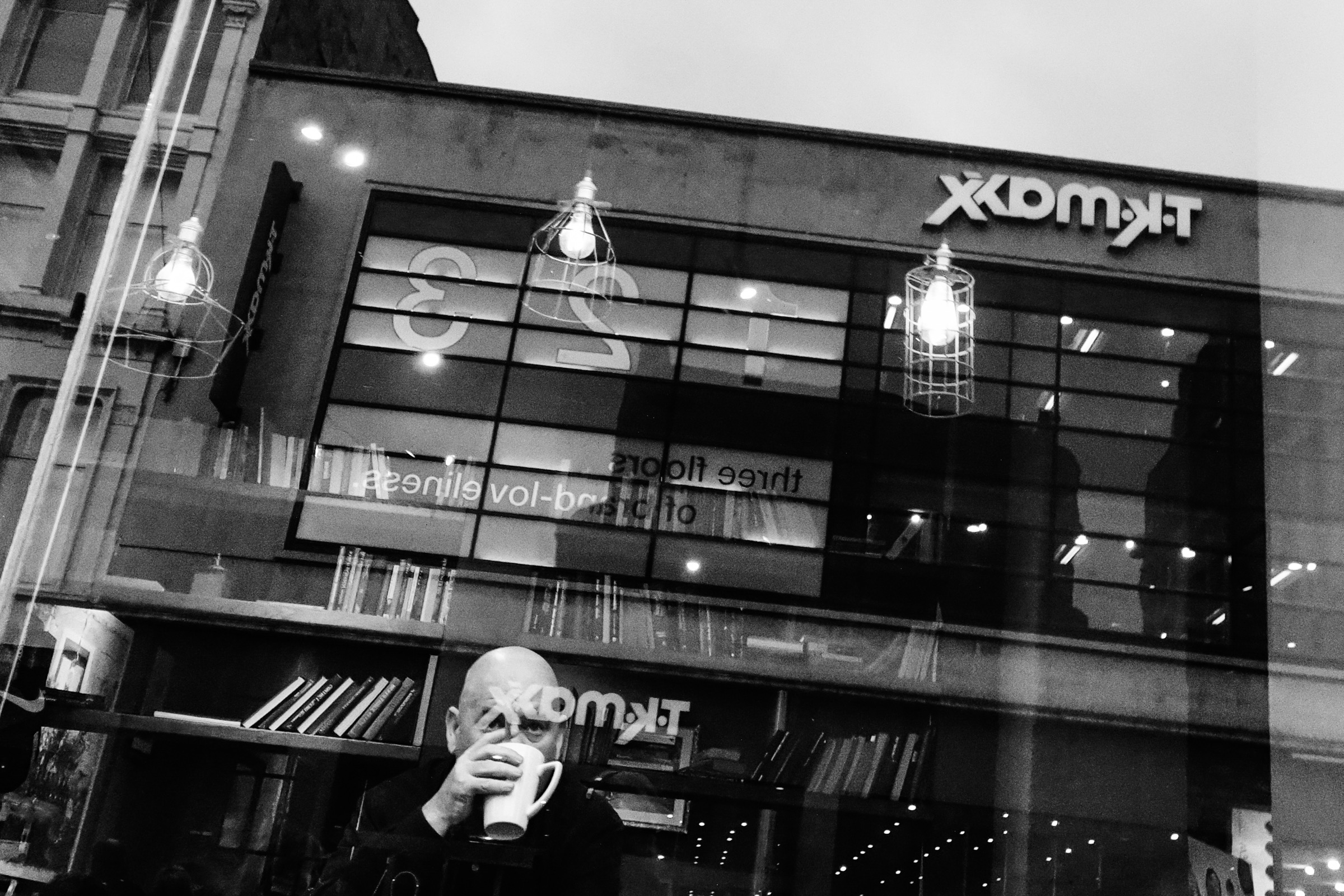 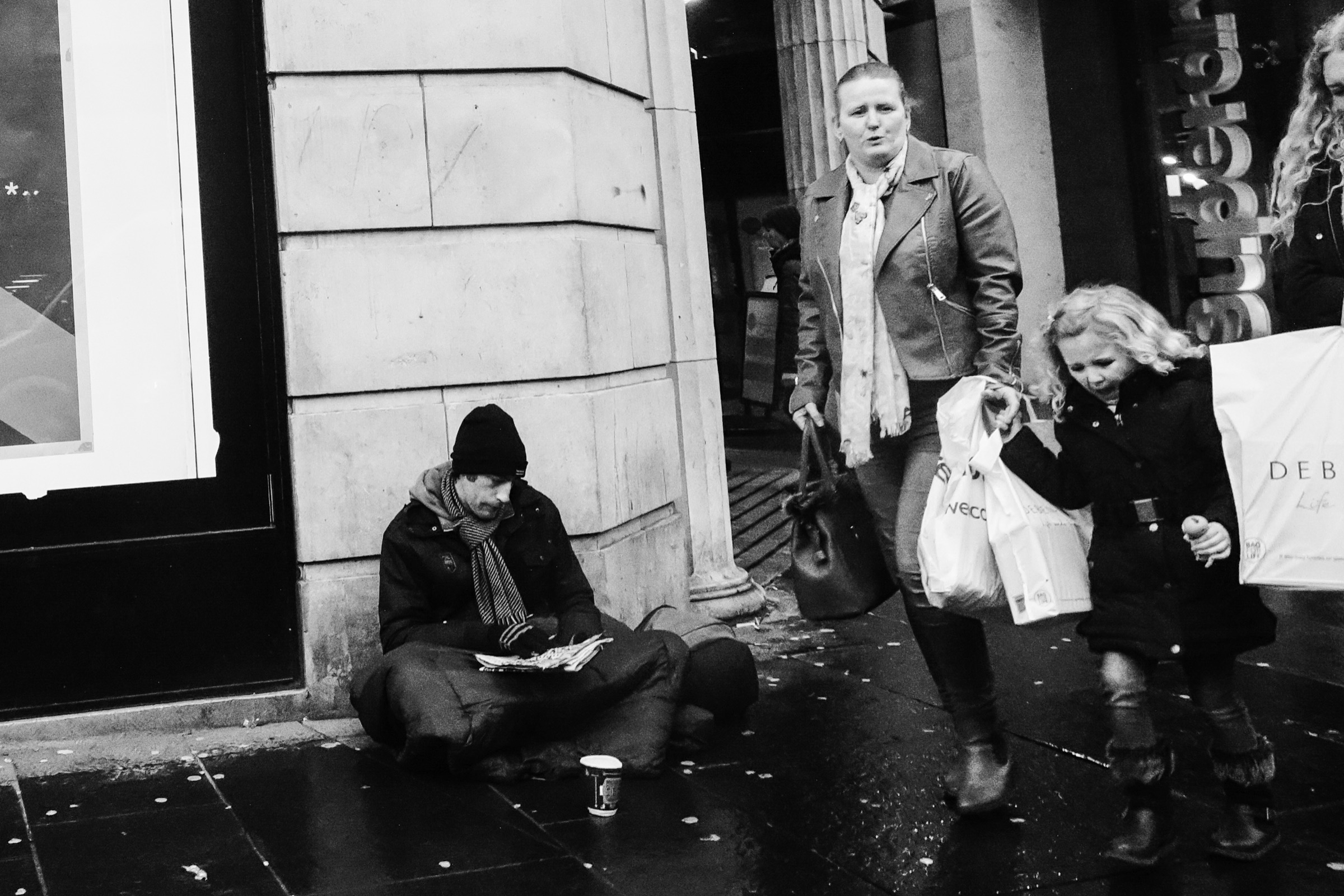 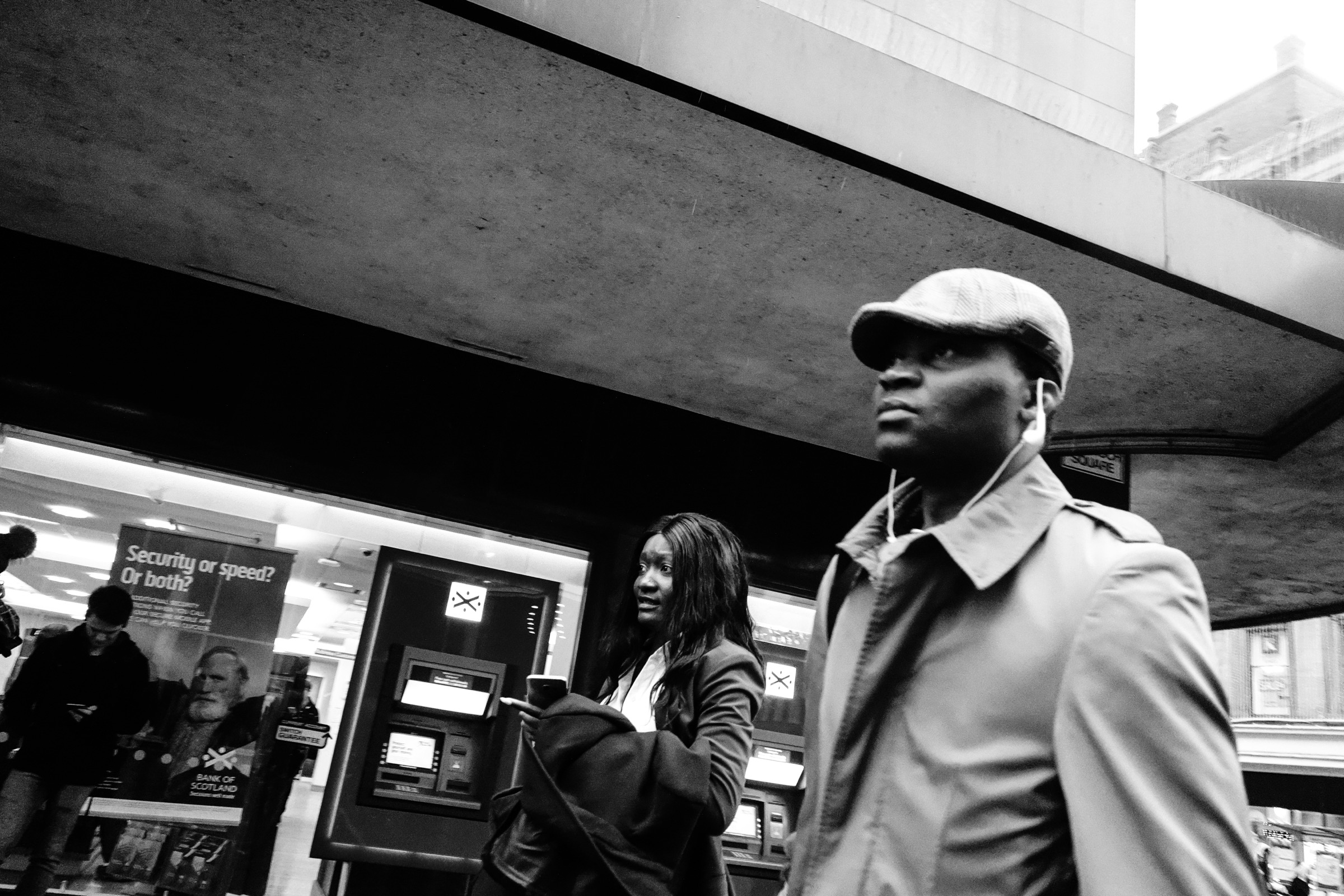 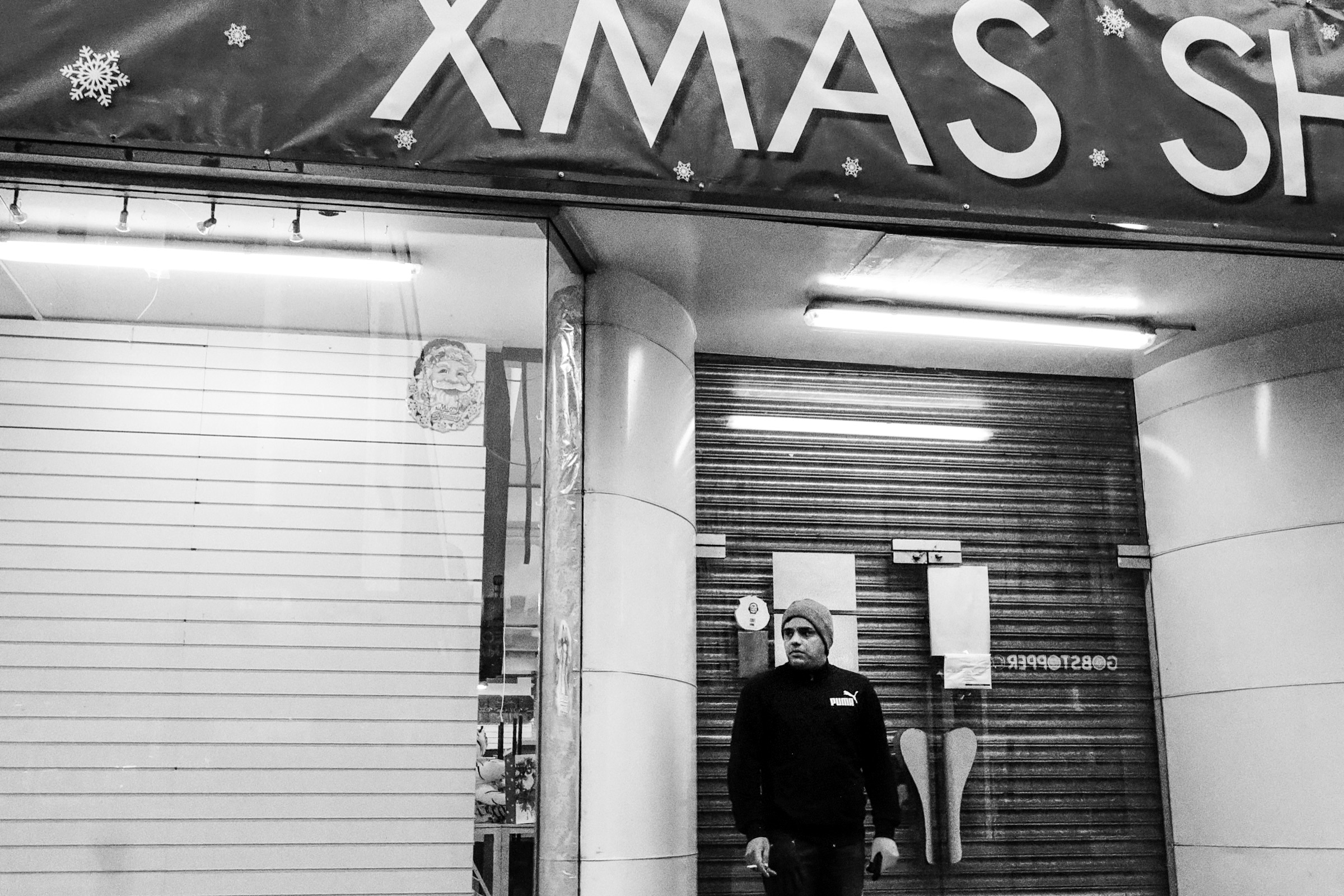 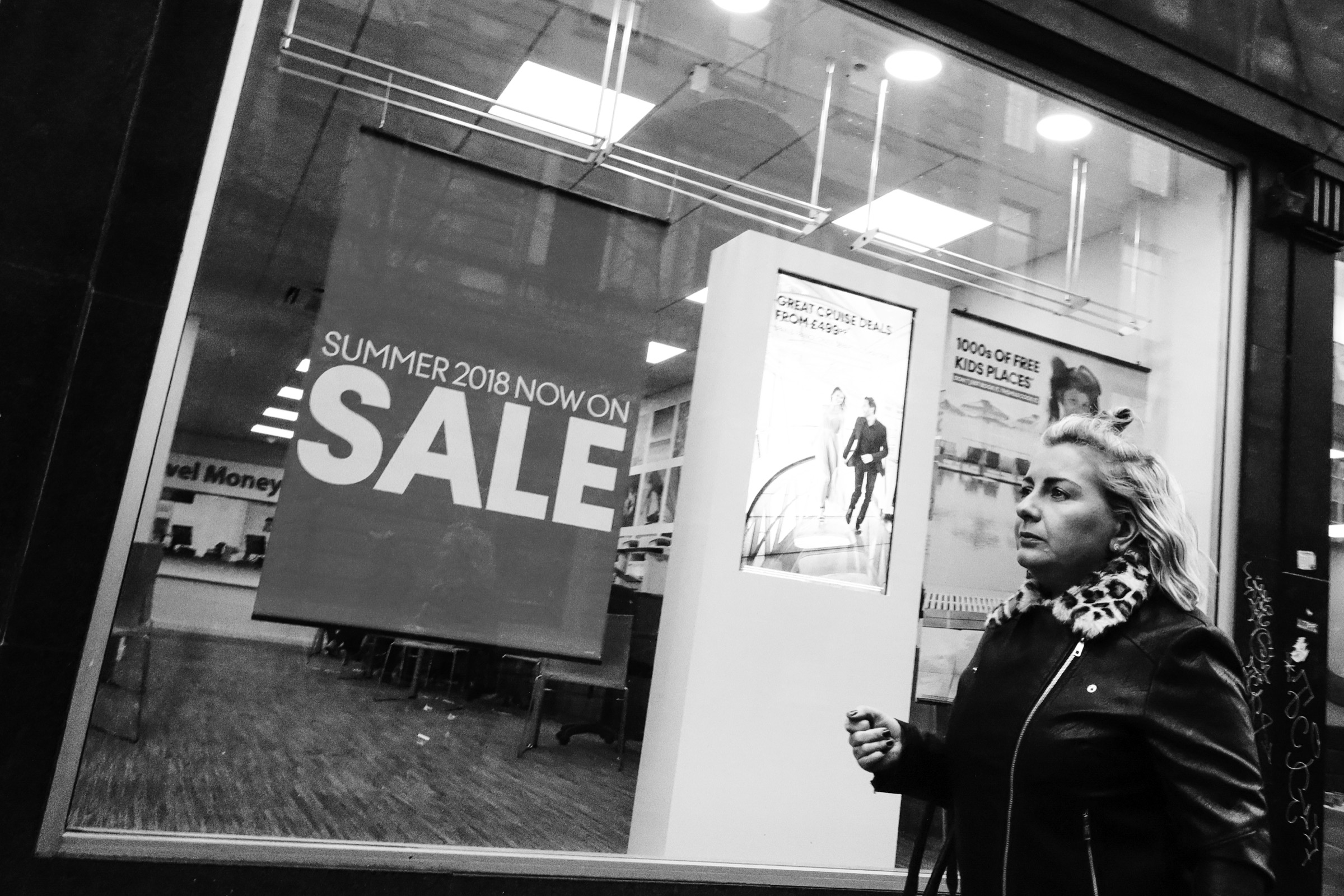 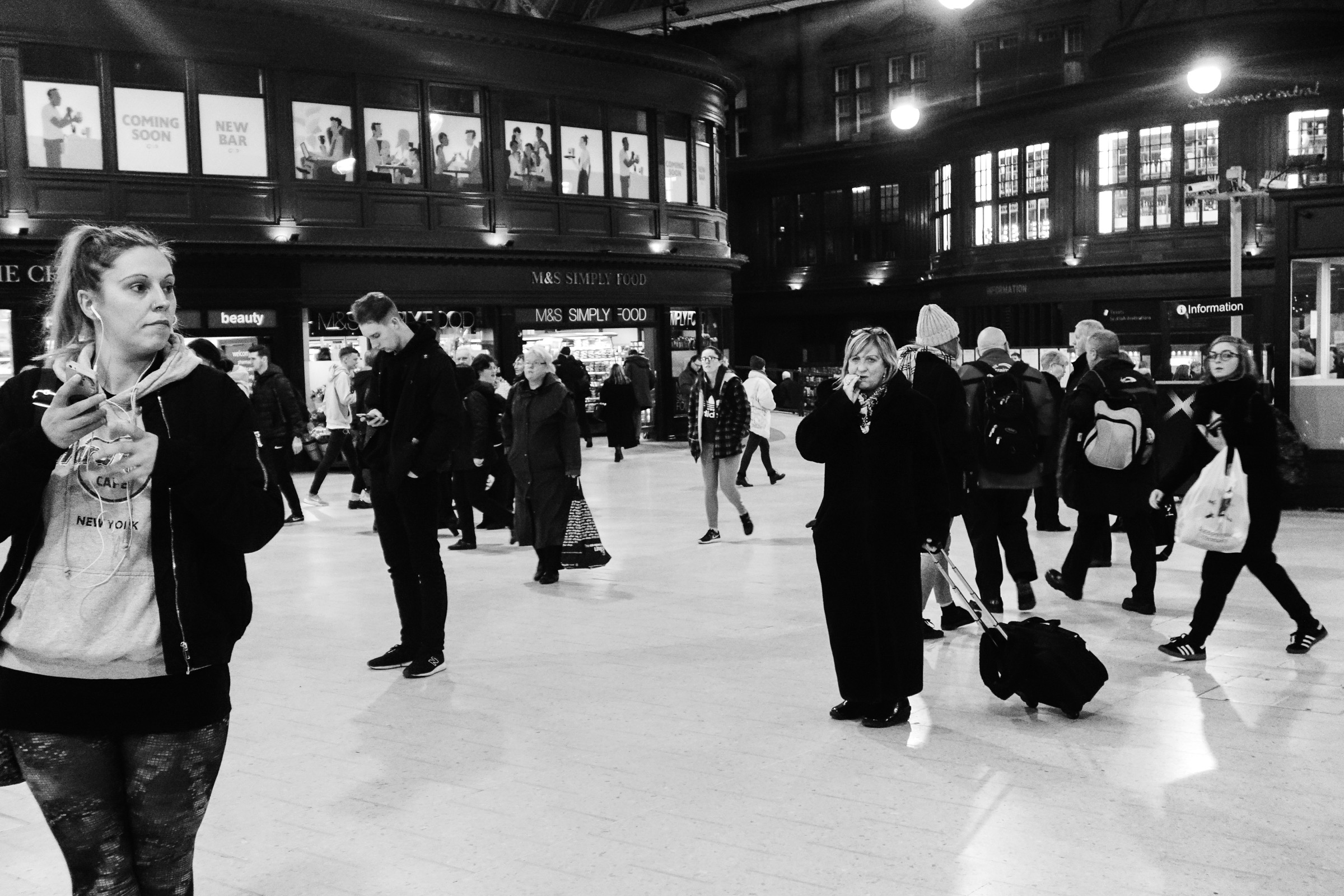 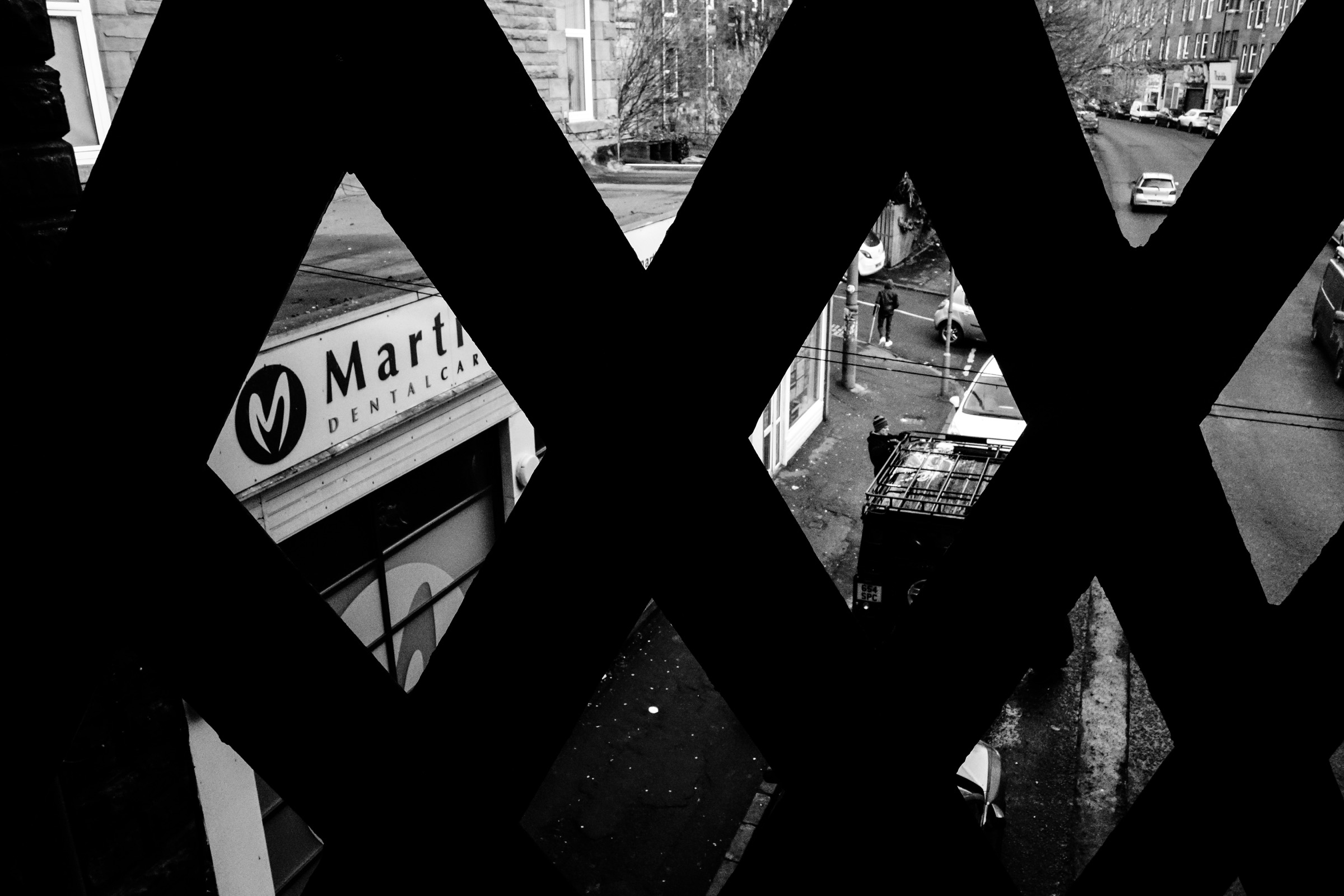 3 thoughts on “Glasgow Street (vol i)”