I’ve been taking photos for a long time, and have years worth of pictures that comes to around about 500GB in total. Luckily, I don’t keep RAW files after I’ve processed them, or that figure would be astronomically higher.

Either way, the disk space required to store all of these photos means that I can’t practically keep them all on my laptop. Instead, I keep about a year or two’s worth of pictures on my computer (synched to Dropbox as well as backed up elsewhere), before transferring them onto an external drive (which is also backed up off-site in a couple of places).

The problem I constantly run into is when I need to get access to the pictures that are no longer on my laptop. I could of course go and plug in the external drive to find them, but it’s a bit of a faff, and I’m not always in the same place to be able to do that. The various backups that exist are either designed for a large disk failure, or simply don’t have an interface that means you can find individual images quickly and easily. Most of them simply display a list of file names to be restored, which isn’t all that helpful when you are looking for a picture from 3 years ago.

As a result, I’ve always been on the lookout for a backup system that will do the following:

In the past I’ve tried various things, including Dropbox, Google Photos, Flickr (which I’ve written about here), and Amazon. Ultimately, all of them had issues which made them unworkable. Google and Amazon did not retain any kind of folder structure – instead organising images by date taken – which was no use for someone with a lot of film photos that were scanned on different dates. Dropbox didn’t really support external drives very well, and Flickr seemed like a decent alternative, but it turned out to be impossible to manage hundreds of folders and sync changes effectively, so I gave up on that option.

I threw in the towel for a while, but recently decided to give things another bash.

Amazon now offer unlimited free storage for photos (jpeg/jpg only) for their Prime customers. If you have a student account, this comes in at about £39 a year (£79 for the regular price). This also gives you access to a bunch of other things like their TV service and unlimited free next day delivery, but I don’t really care too much about any of that.

The issue with Amazon and how they sort photos still remained, but it turns out that they have updated their service so that you can create albums based on the folders in your Amazon Drive storage. This seemed worth exploring, but soon became a bit too fiddly and manual a process – as expected. However, I discovered a third party service called oDrive which handles things far better than Amazon. Not only does their app synch changes in a far more logical way, but it also comes with a thumbnail gallery web style preview of the original folder structure (!). This is similar to Dropbox, but gives a lot more control so you can manage external drives in a far more sensible way. 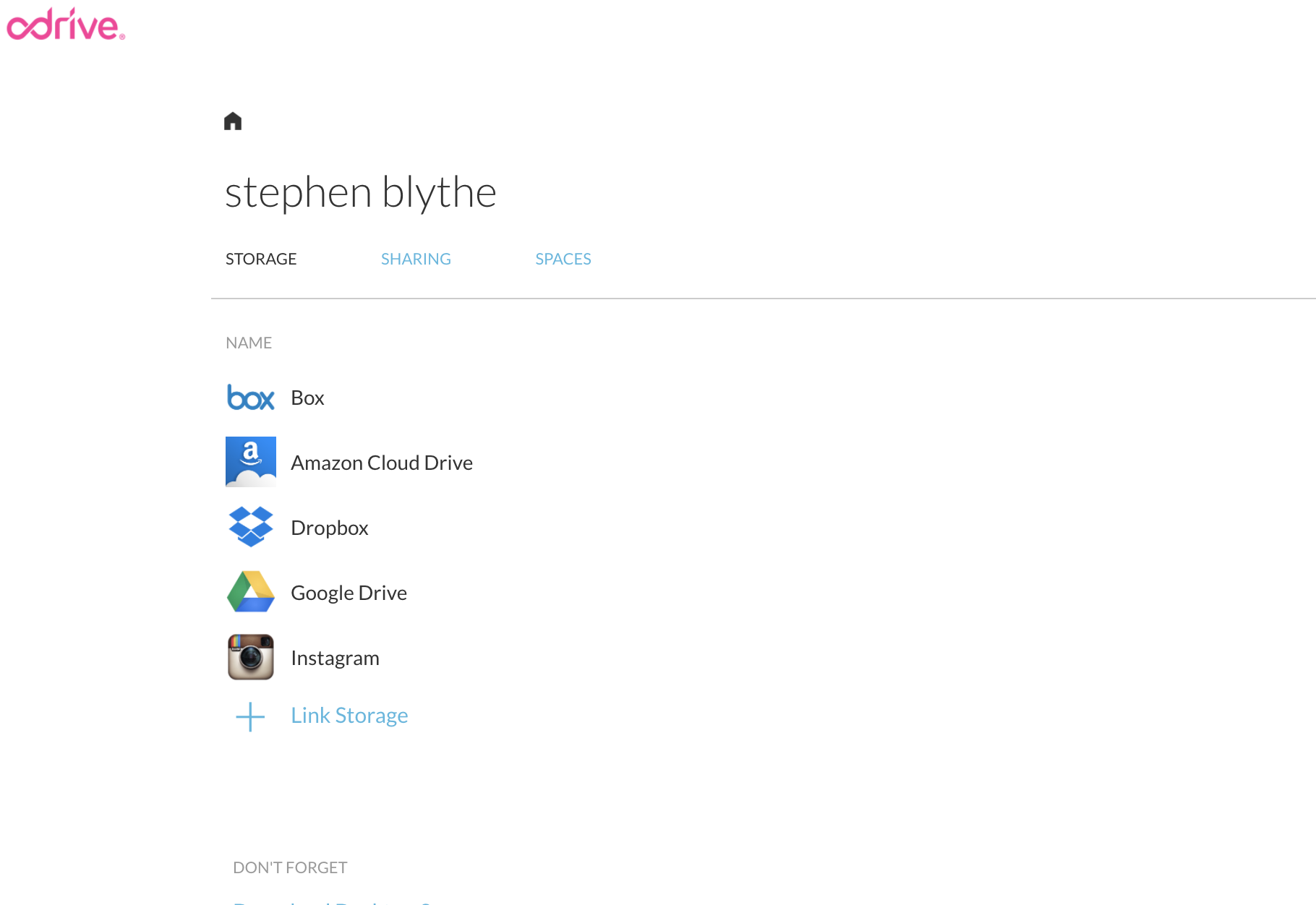 oDrive essentially acts as an interface for your cloud storage services. You have a single folder which then has directories underneath that for each one. Files and folders that are stored online are represented by *.cloudf placeholders, and those that are stored locally are also synched online. At any time you can ‘sync’ a folder so that all of the contents are downloaded to your computer. To ‘unsync’ a file or folder means to remove the data from your local storage, and leave it online. 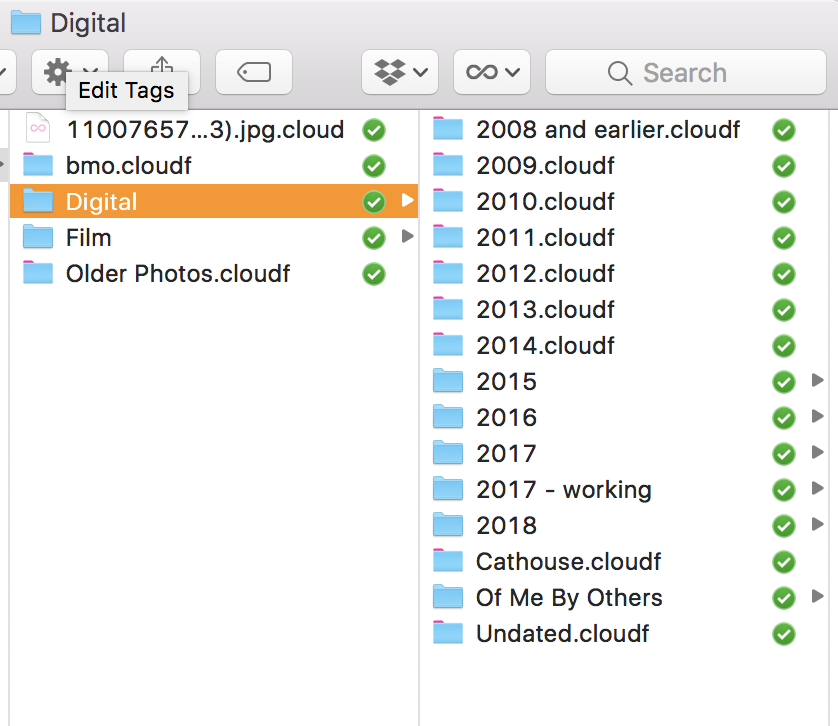 The setup I am currently using is as follows:

For my external drive, I synched all of the folders to my Amazon Drive using oDrive on a laptop which I left running solely to complete this task.

There are a couple of issues that I’ve run into: 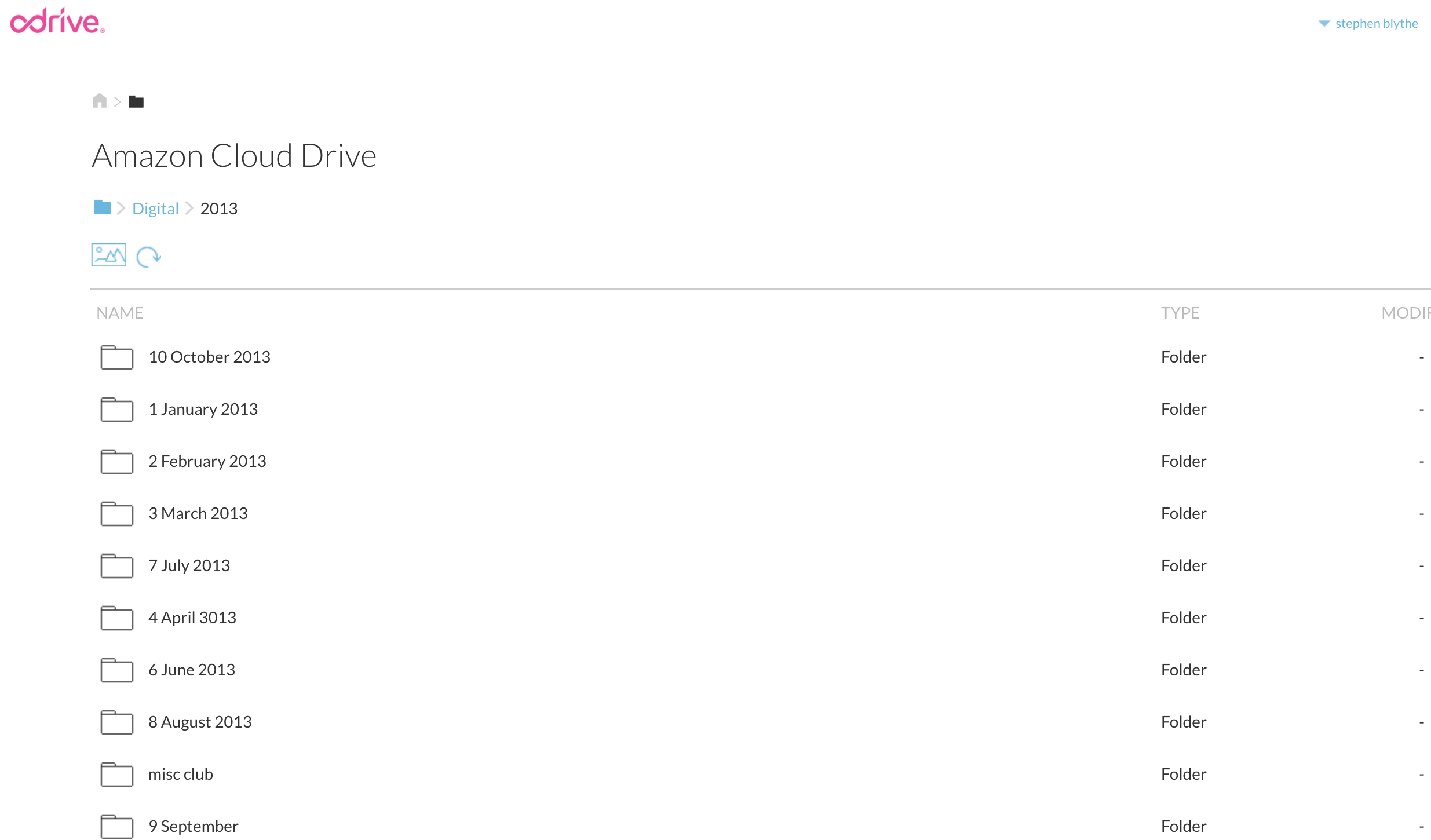 However, overall I’ve found it to work nicely. The web preview with thumbnail view has been invaluable when trying to find specific old pictures. 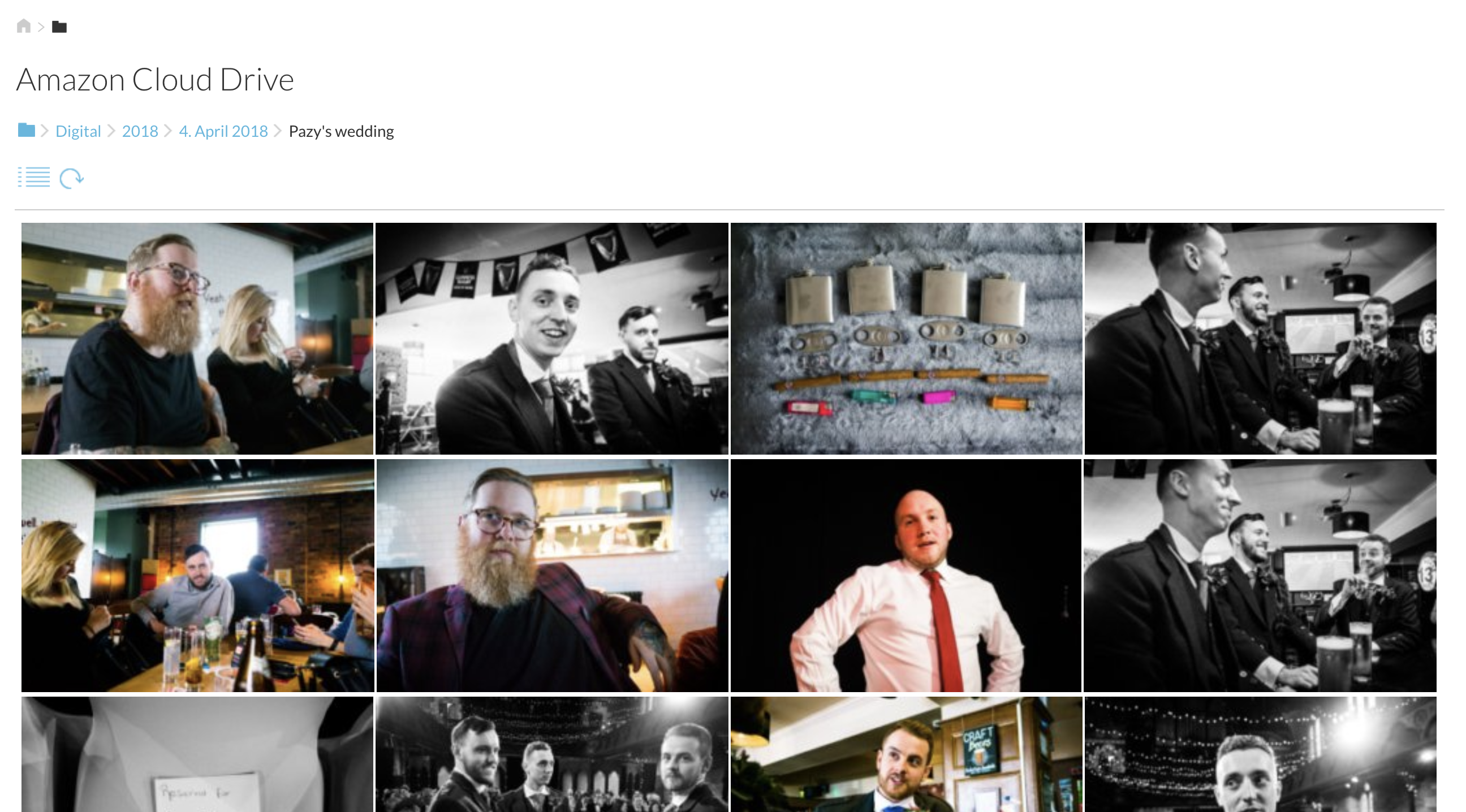 I’ve been running oDrive as a test for a good few months now, and I like it a lot. Aside from a few minor niggles, it seems to have finally provided a solution to a problem I’ve been trying to fix for ages.