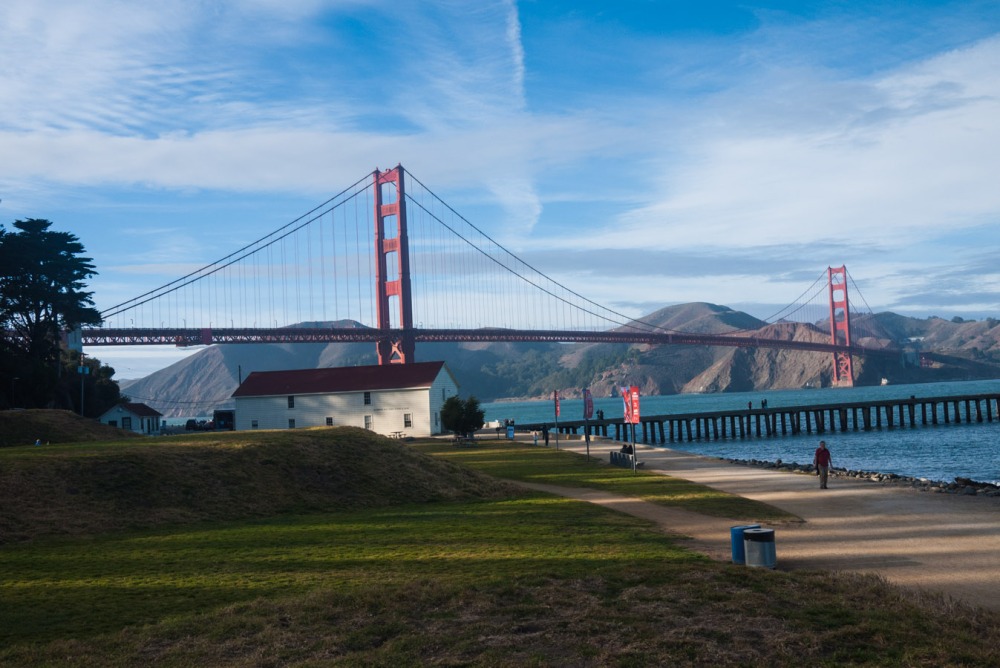 This past week I got the chance to go out to San Francisco, to meet up with some of the other folks who work on WordPress.com for the first time. 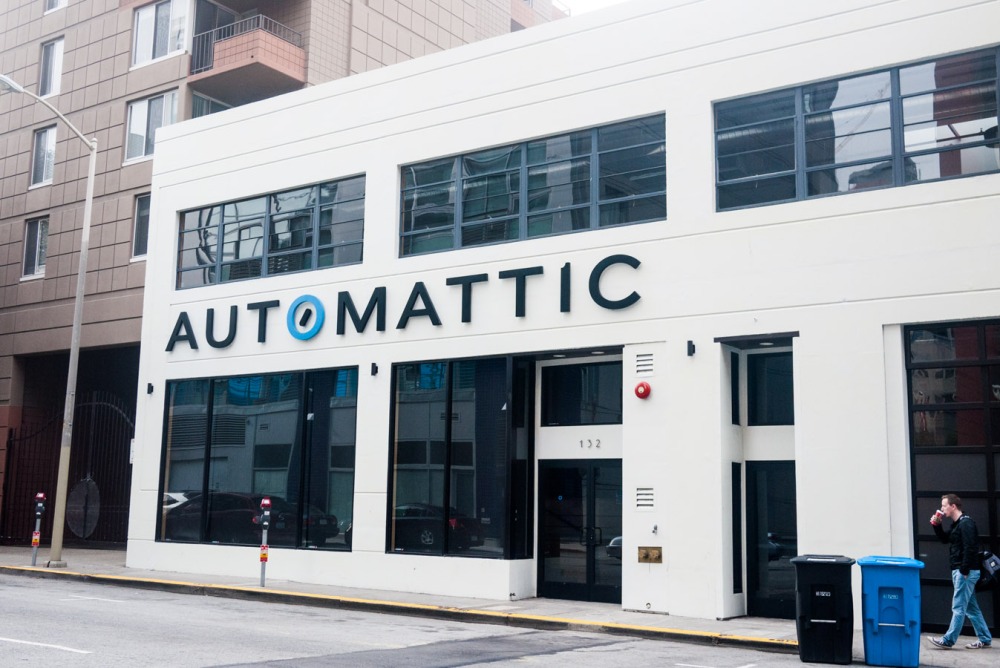 I grew up hearing a lot about Silicon Valley, and the burgeoning tech world that was its spiritual home, so it was somewhere I’d wanted to visit for a long time. To get to go and be a part of things was pretty crazy, and something that the teenage Stephen, sitting on IRC and coding forums always sort of dreamt about.

The city had an exciting air about it, where you felt like you were really in the midst of things being created, and explored. Every corner that we turned, there was another tech giant’s HQ, or a hastily thrown together office for another startup that had rapidly expanded and outgrown its previous digs. Huddle, Twitter, Optimizely, Google, imgur… the list just goes on and on. For a web geek, it’s a cool place to be. 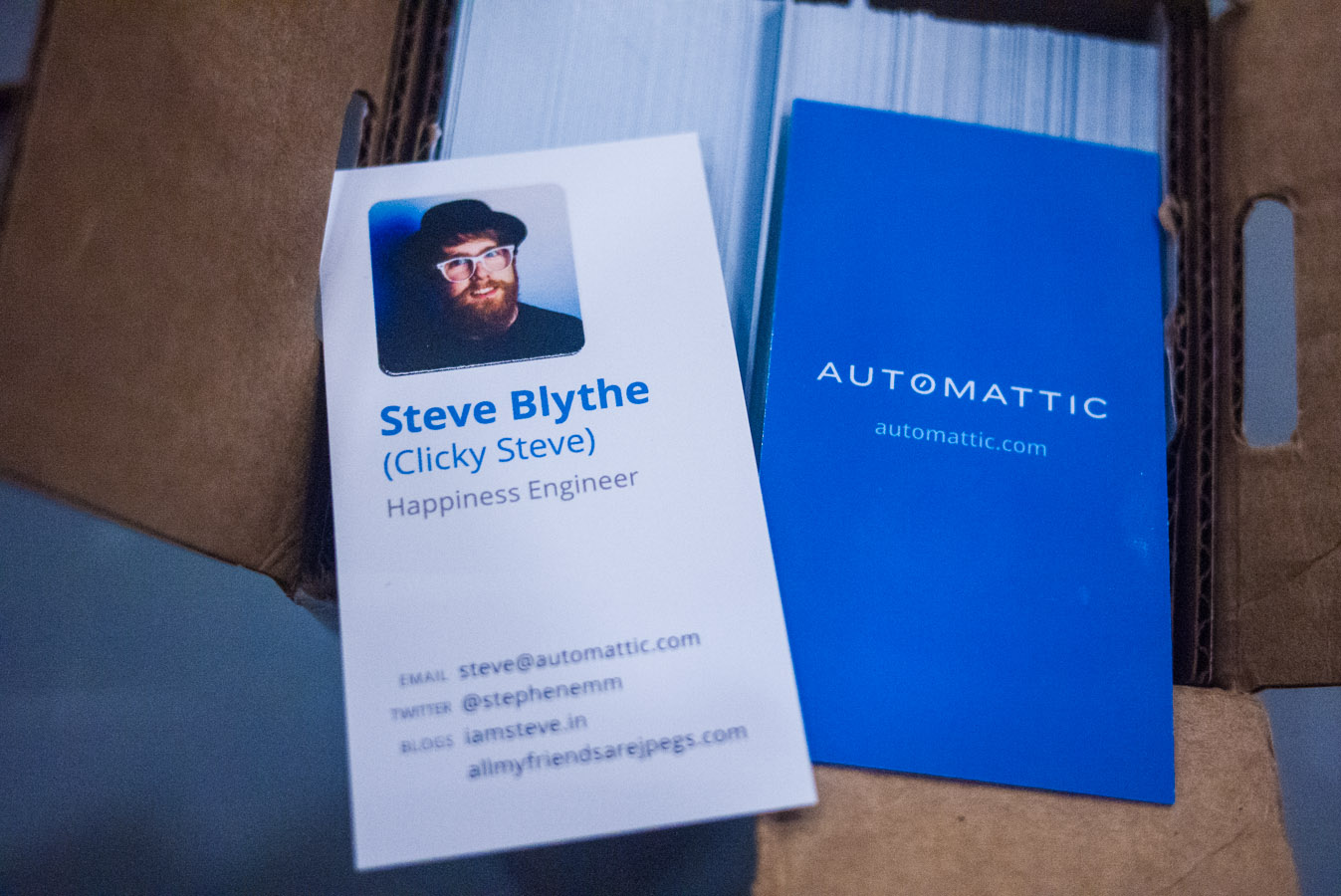 However, one of the things that really struck me was the huge, visible disparity between the wealthy tech industry, and the poverty in San Francisco. Massive buses that were used to ferry employees for the likes of Google rolled by, and it was pointed out to use that they had become hated by many residents; seen as signs of gentrification – something I’d never even considered before.

Step outside the offices of some of the biggest names in the world, and you’re confronted by streams of homeless people sleeping in door corners, franticly searching through bins, and getting arrested for shoplifting a couple of loaves of bread. This is a place of stark contrast and contradiction as well as innovation.

There were a number of us who had flown in from out of town, and were staying in a few old apartment buildings, nestled in amongst the typical tree-lined streets that you always see in the pictures. It wasn’t a million miles away from what bits of Glasgow feel like, especially with the high ceilings.

Here’s the room I stayed in: 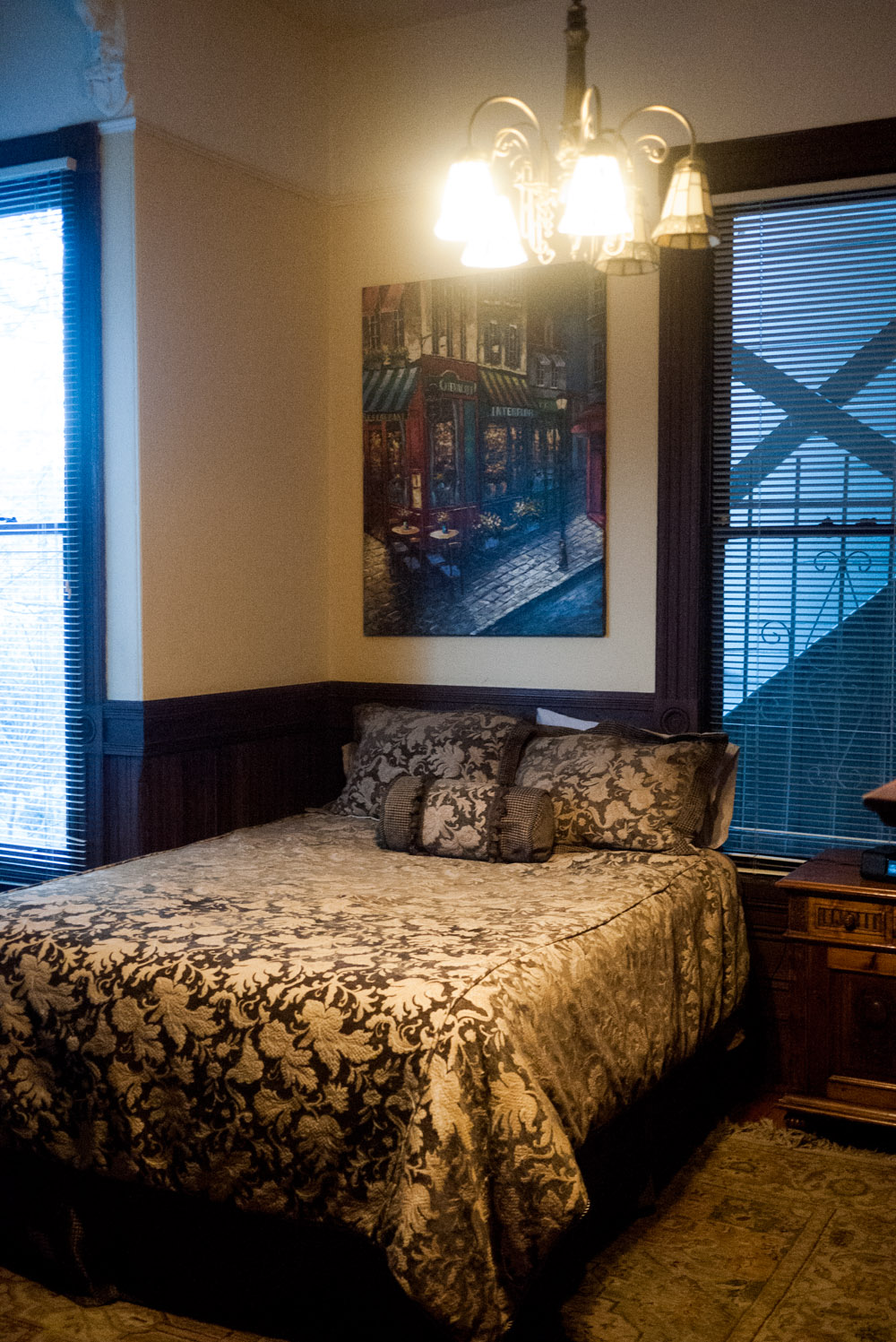 I like that they put a painting of a fire in the fireplace rather than covering it up: 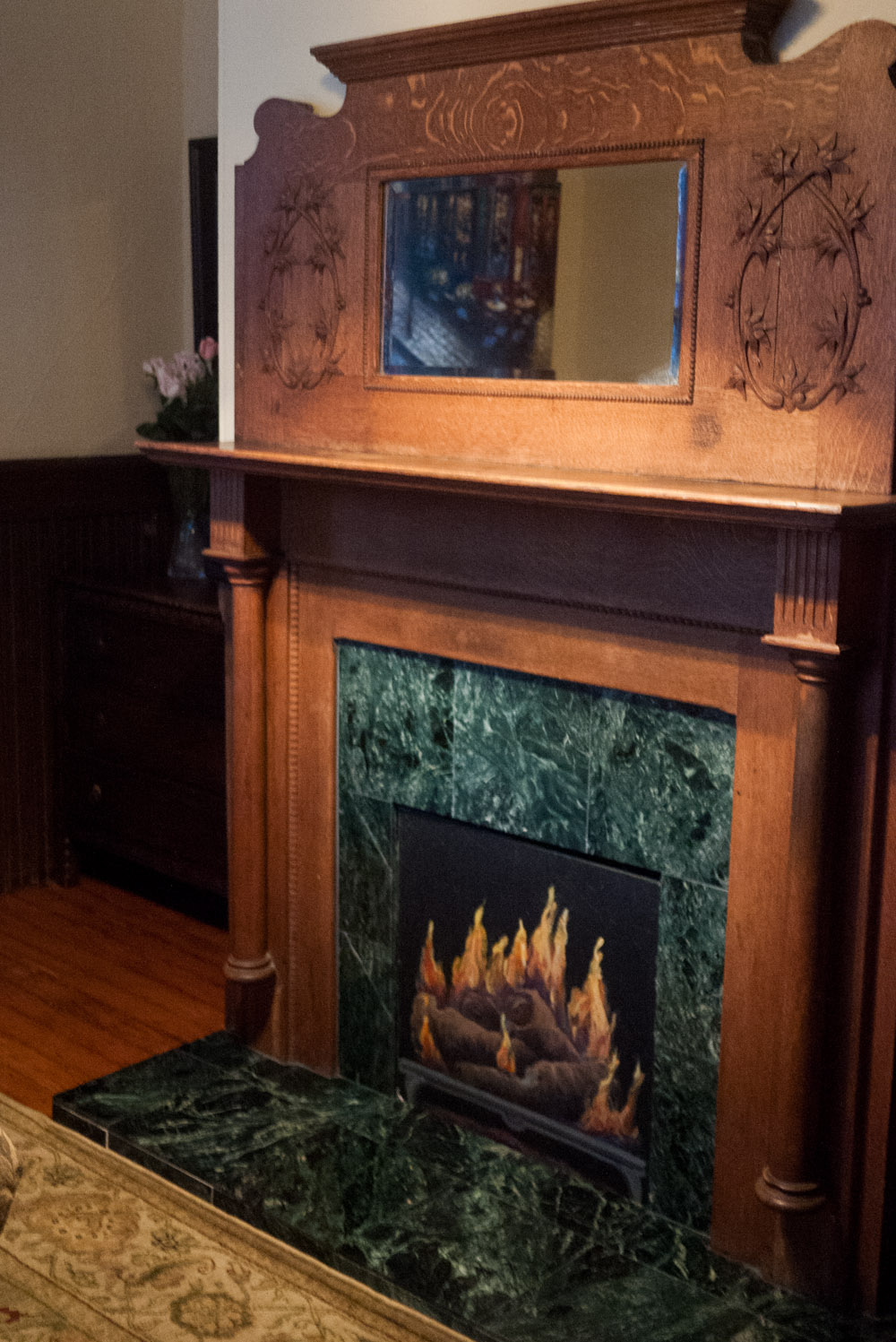 Most of us that were visiting for the week are on the ‘Happiness’ team. When we spotted this wall, we really had no choice but to grab a picture (and quickly, before we got chucked out of the parking lot that it sat alongside) 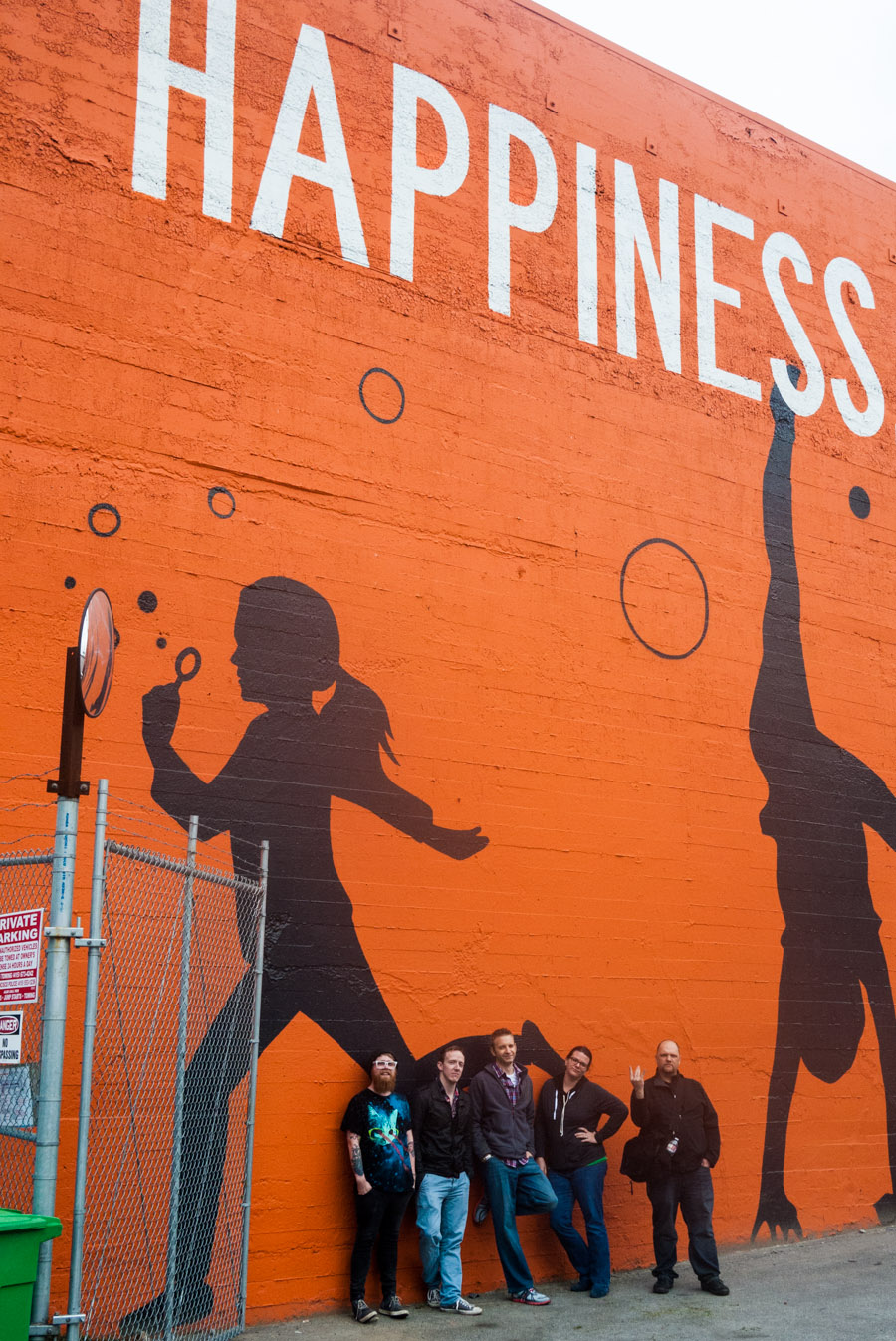 This is the inside of the Automattic HQ. Once a gym of some description, it’s now been totally done up to be a pretty amazing space. The pictures don’t really give a proper idea of the scale of the main room inside.

Perhaps ironically, despite having an office that most people would kill to get to go to everyday, Hawthorne (as it is affectionately known) usually only has a handful of folk in it at any one time – with everybody working remotely across the world. Even those who live nearby appear infrequently. Instead, it is like more of a meeting place. Everybody at Automattic can unlock the door from anywhere in the world by using their phone, and so I like to think of it as a sort of bothy – a place that’s always there as a sanctuary when Automatticians (the name for employees) need it. 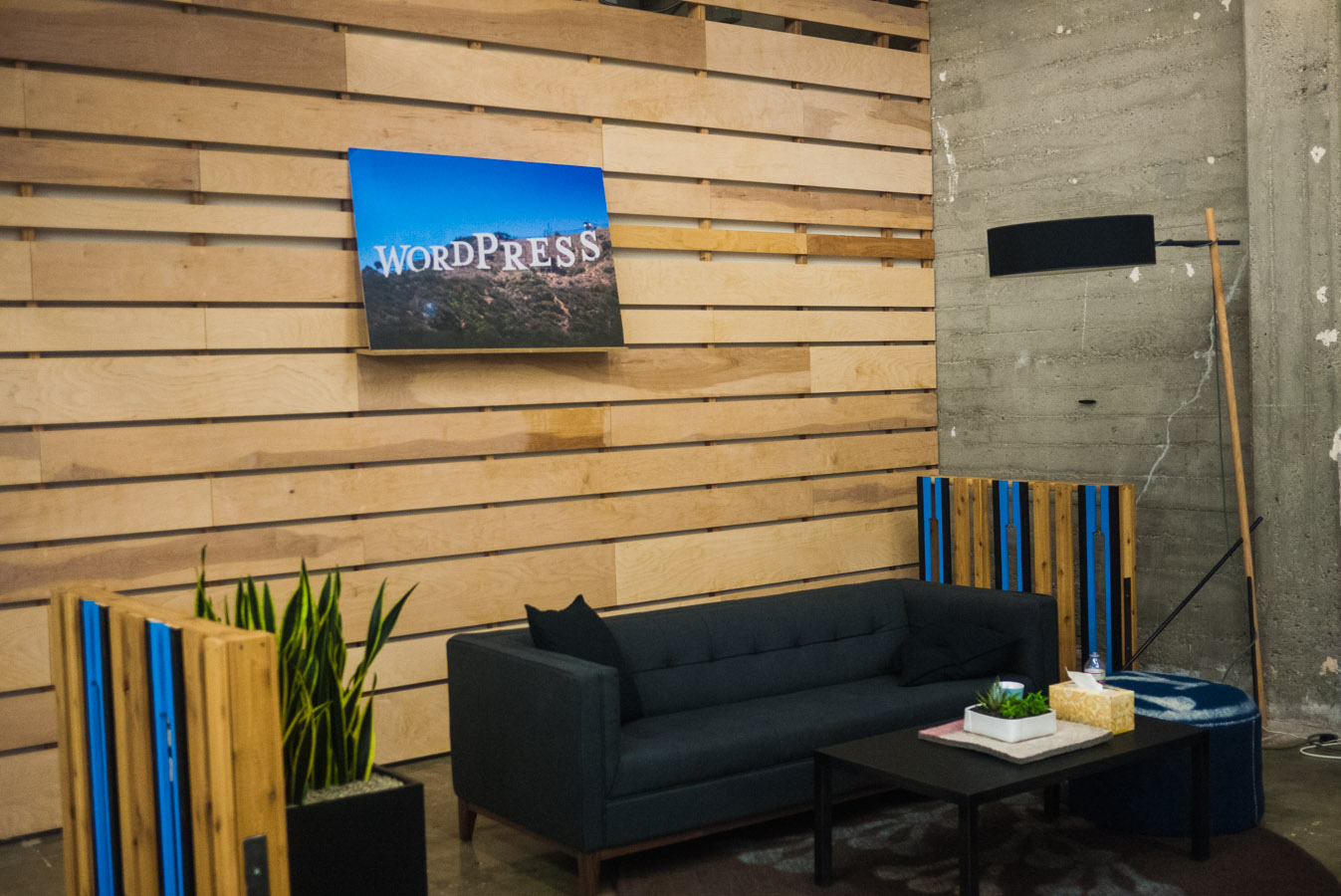 There’s a full kitchen to have lunch in:

With more alcohol than some bars I’ve been to. (and no blended whisky to be seen!)

and a fridge full of beer, juice, and whatever else you might fancy

and if that runs out…?

complete with piles of WordPress swag that you’re encouraged to take what you need from. The Year Without Pants is a book written specifically about what it’s like to work here. 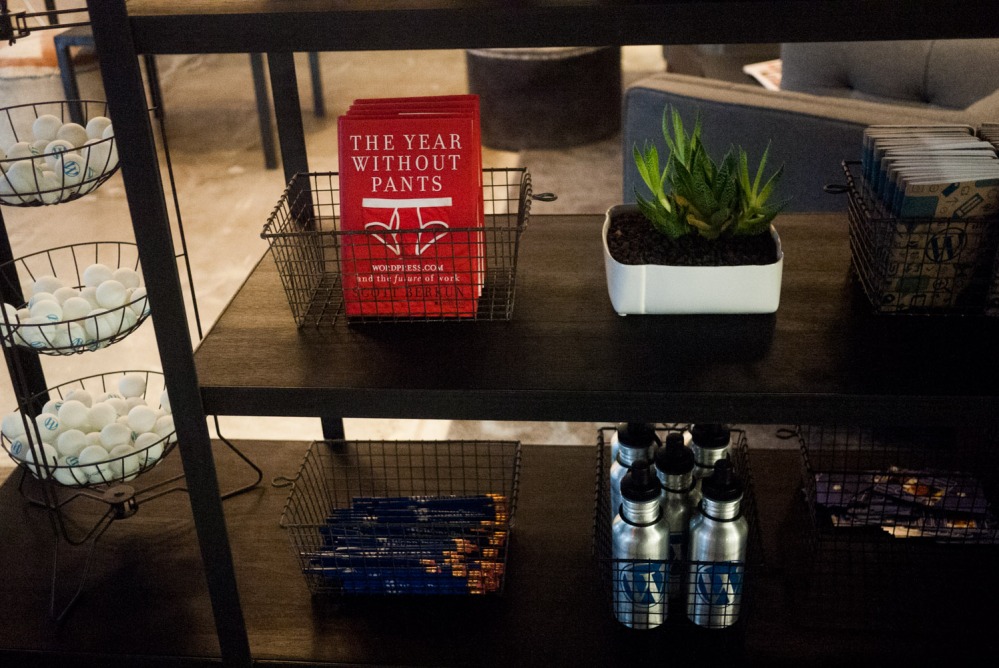 I am pleased about this Polaroid Landcam. 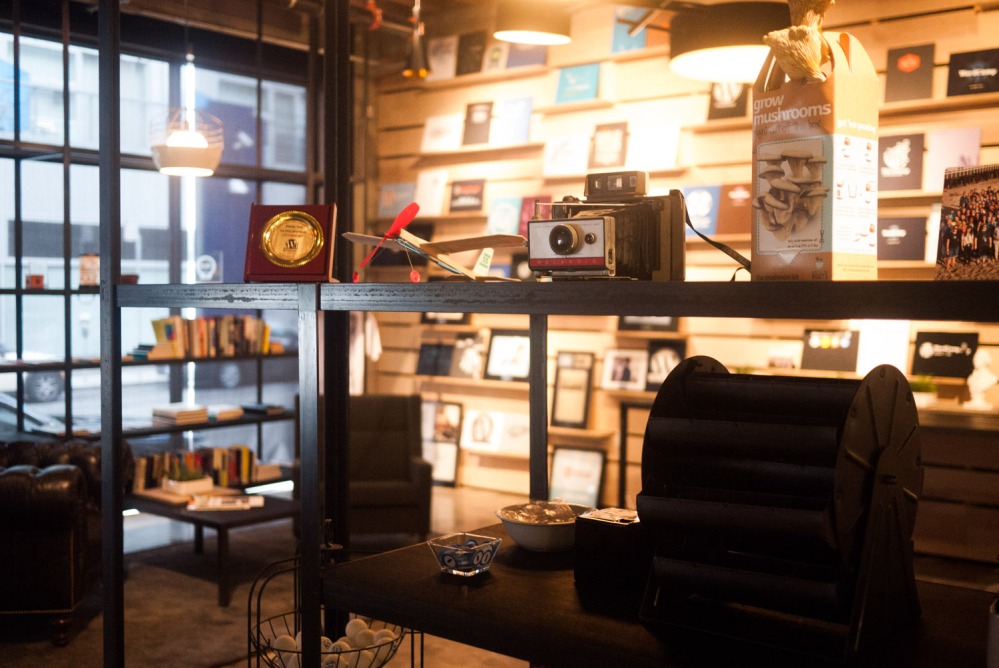 and some interesting bits of art 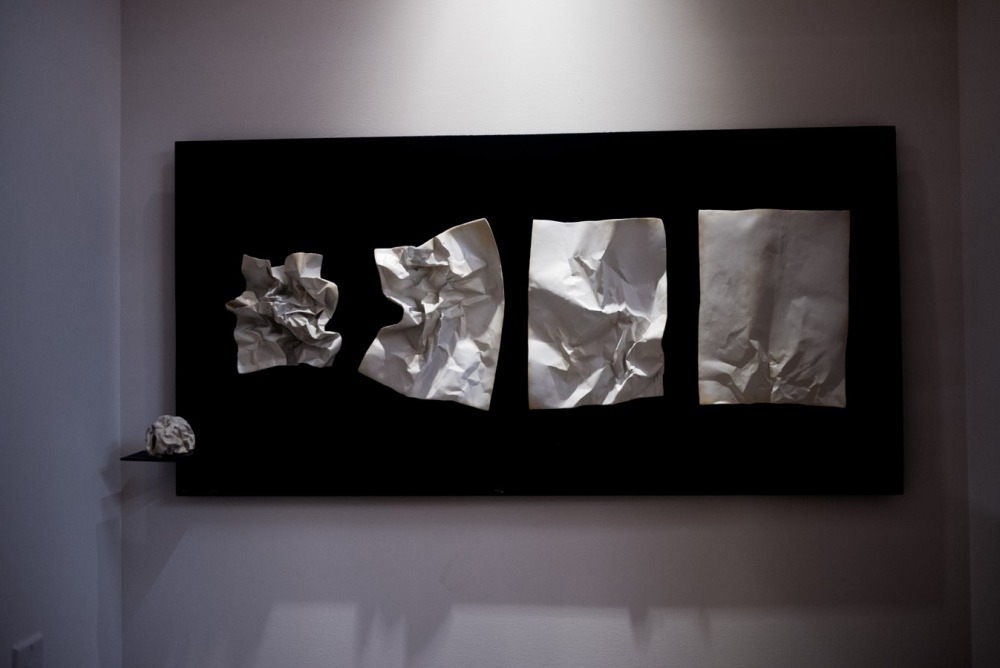 The N64 sealed the deal for me. After a lot of wine, and a lot of Mario Kart, a fellow Automattician (from Ohio) said:

“I almost just said I wish my office had an N64”

Even for those that have been there a long time, it still seems to be a big mindset shift to realise that “at Automattic, you can pretty much do whatever you want”. As someone else pointed out, people seem to go through waves of “this can’t be real” to “OMG this is awesome!”, which is a pretty accurate description. Total autonomy is one of the major parts of the philosophy of Automattic, but it’s difficult to shake the idea that at somepoint somebody might come along and tell you that it’s all been a big mistake, and to get back to ‘real’ work. 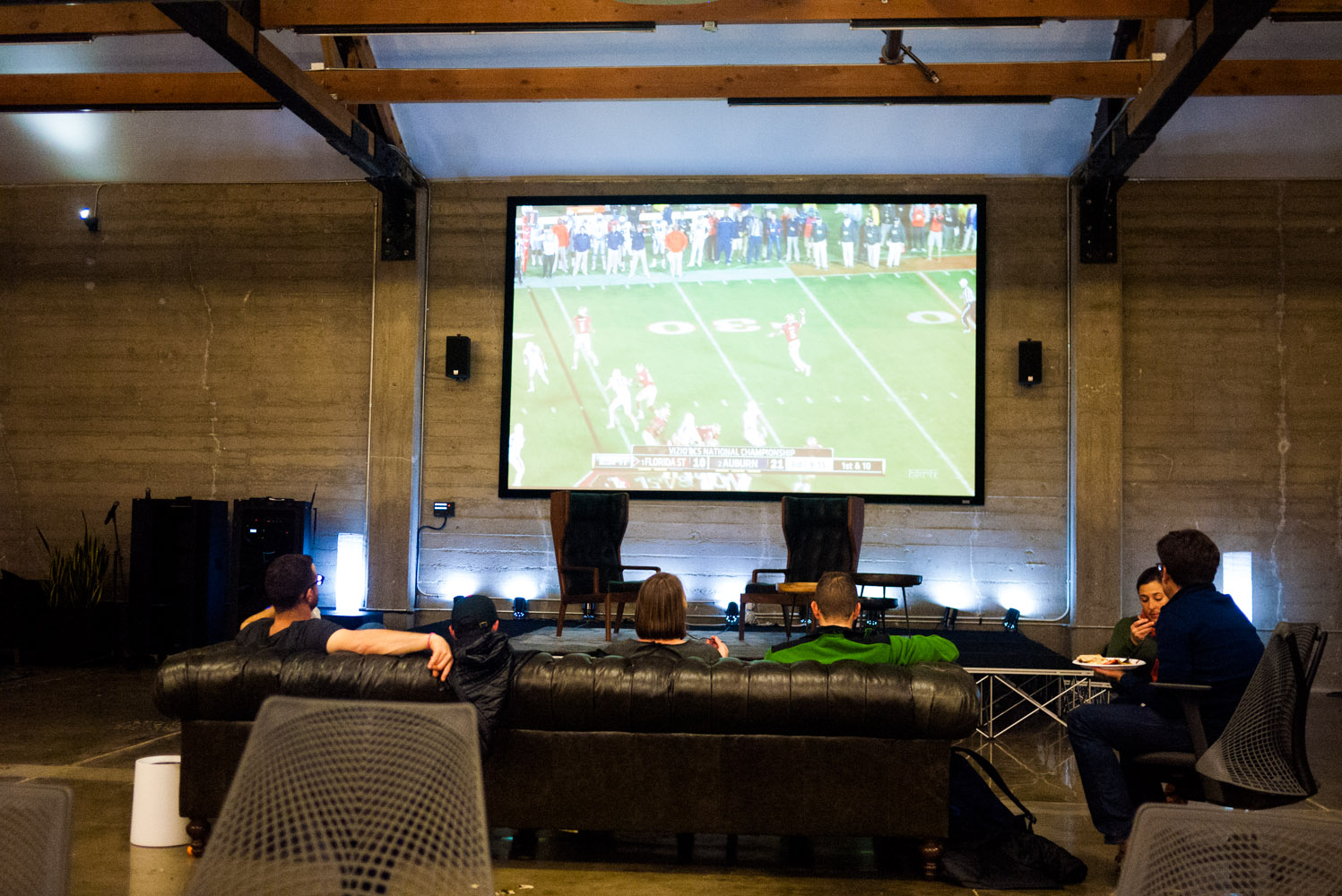 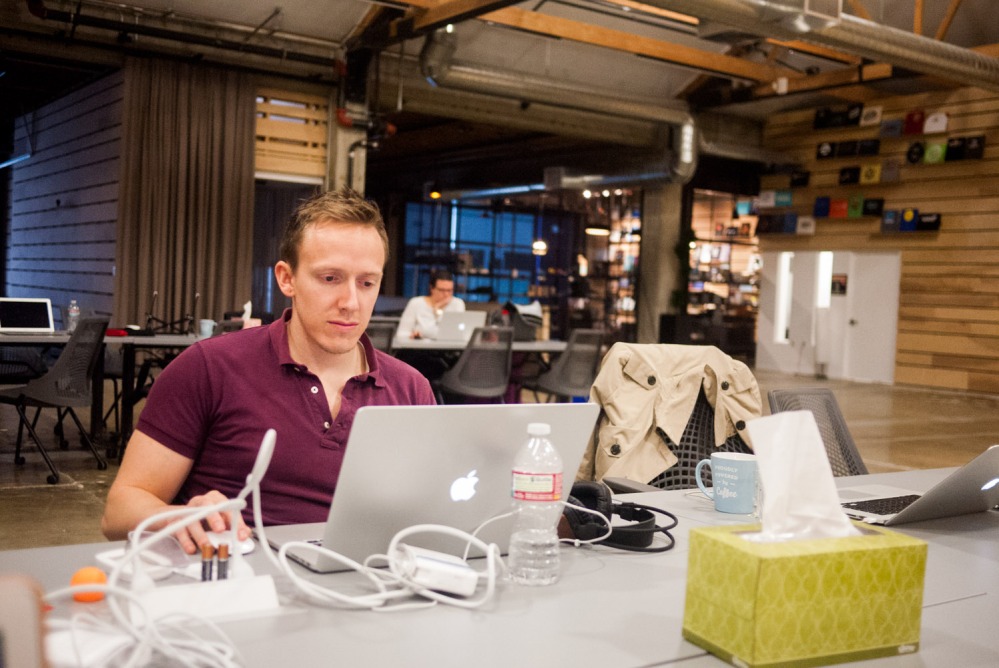 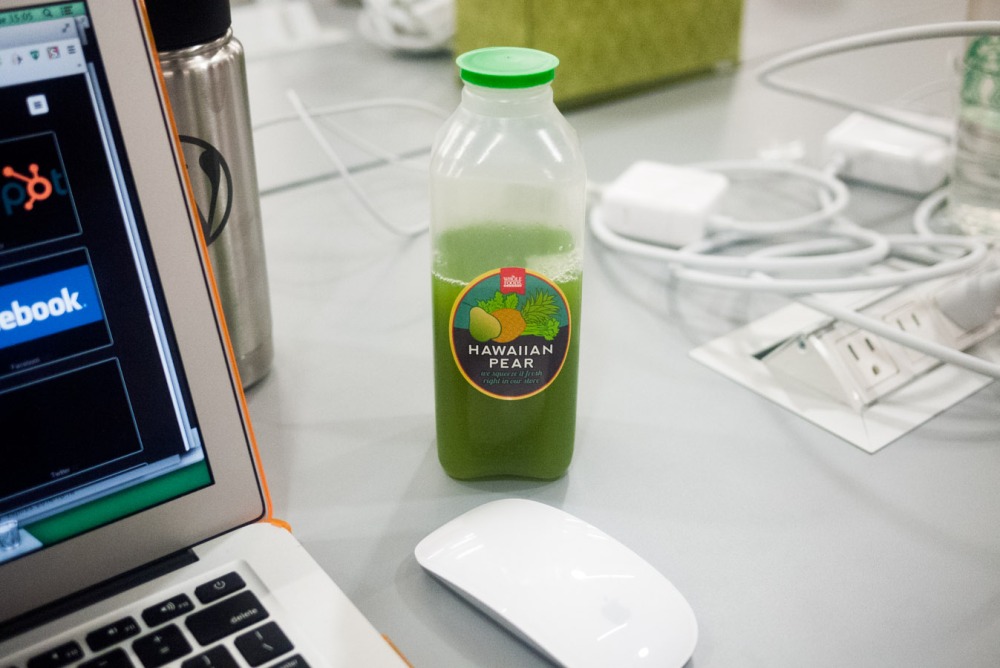 The W logo is everywhere, but unlike other companies, it doesn’t feel like an imposition. It’s a place you feel proud to be a part of – something you want to help build.

which sadly was ‘American’ chocolate, so not really proper chocolate at all. If you’ve ever tasted Galaxy or Dairy Milk, then you’ll know what I mean. 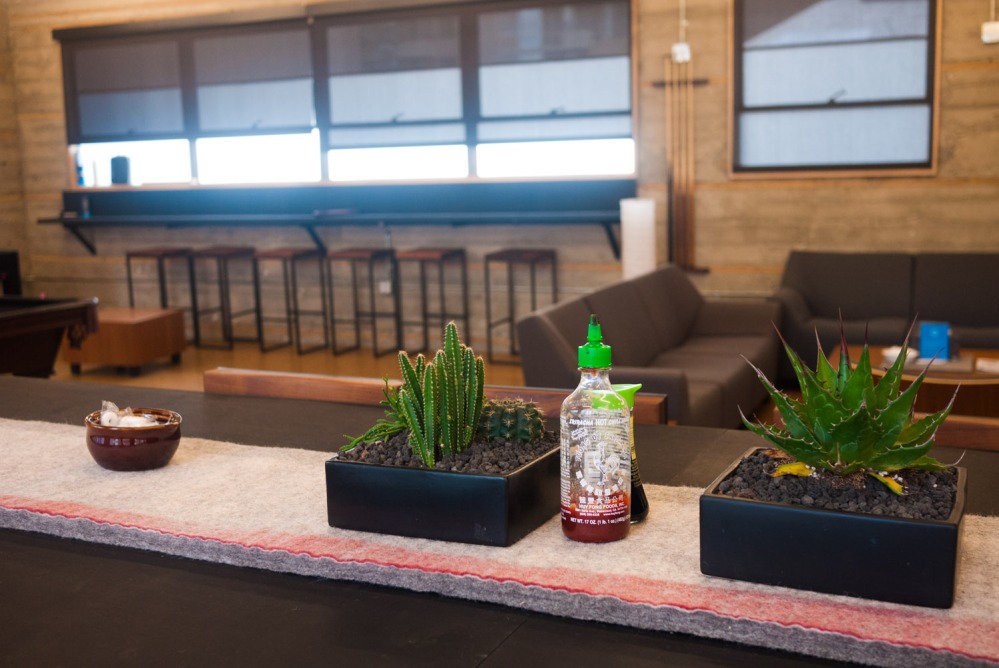 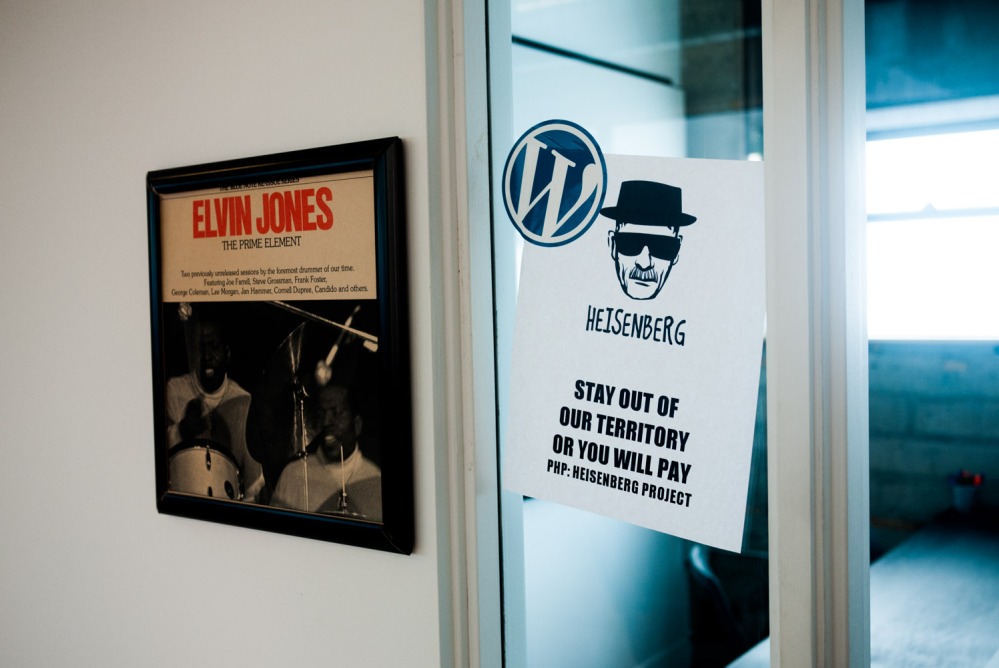 Coming from a wee town in Scotland, to end up in San Francisco as part of a team that powers a massive chunk of the regular web (21% at the time of writing, I am informed) is pretty crazy. It’s an overwhelming experience to go from your bedroom, alone, sitting on Skype, to being at the Automattic HQ with a bunch of people that you’ve only ever spoken to online. 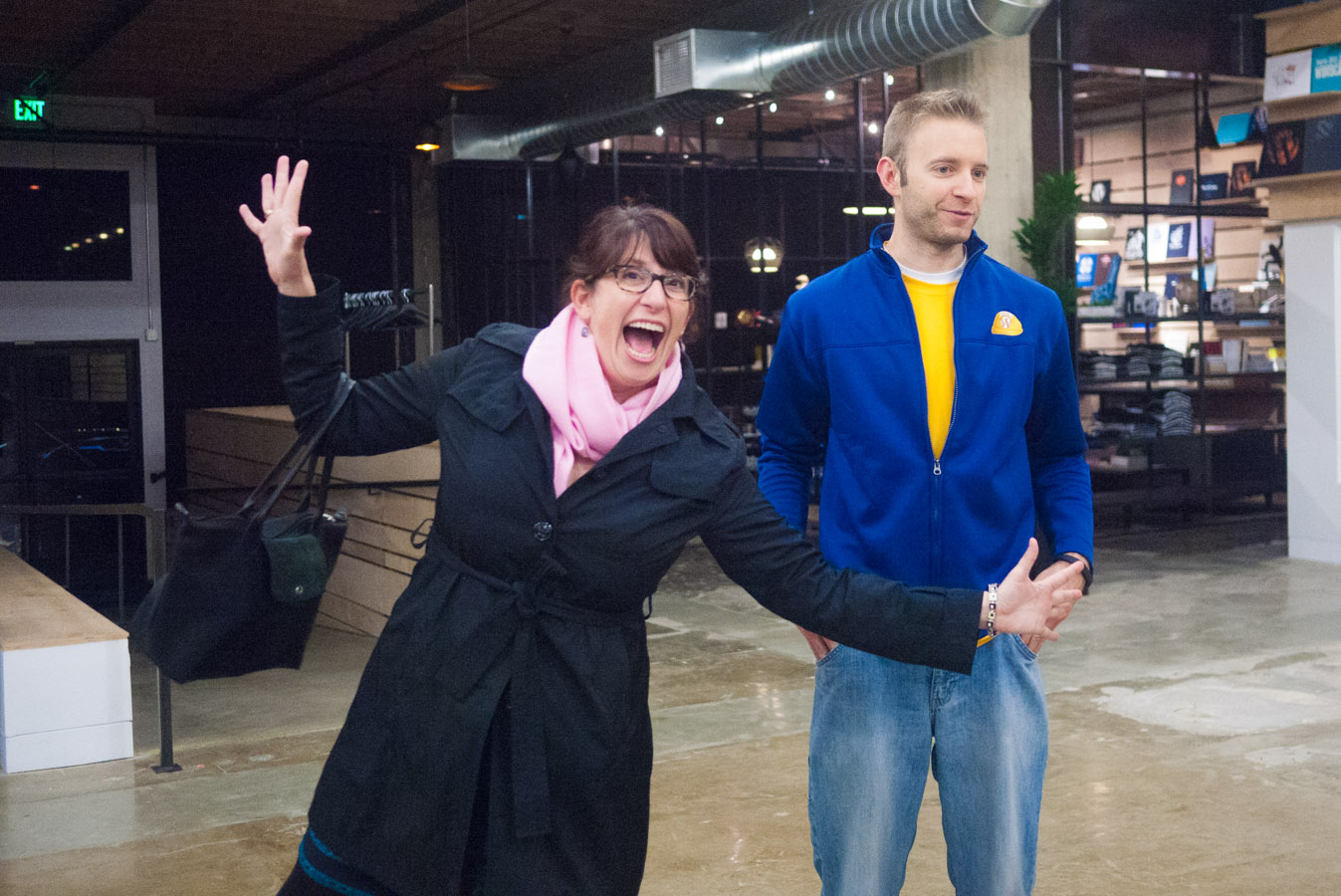 Meeting people off the web is nothing new for me, and so that in itself isn’t the weirdest bit – although it’s never something you properly get used to. Instead, it was the realisation that as we sat there in Hawthorne, surrounded by this bunch of amazing folks, and all of the WordPress logos everywhere, that actually we were still just a tiny fraction of the company. People were still online – still spread out all over the world. It’s both a daunting and comforting sensation to have that sort of network.

It’s no wonder that Automatticians end up so tied to each other. Even leaving aside the intense experience of meetups, another of the tenets of the philosophy is that ‘communication is oxygen’. Even in person, there were chats going on over Twitter, GroupMe, e-mail, P2 (the internal forum style WordPress sites used at Automattic). It could easily be seen as too much for people not used to it, but when you live on the web, it feels as natural as… well, breathing.

This brings quirks of communication. At one point, one of the guys who was sitting near us asked in our Skype team group chat where the upstairs was – and got an answer from someone halfway across the country, rather than someone sitting nearby. To most this sounds like an awful thing to contemplate, but the blurring of mediums is something that is embraced; there’s no tension over what means you use to communicate. They all meld into the one. 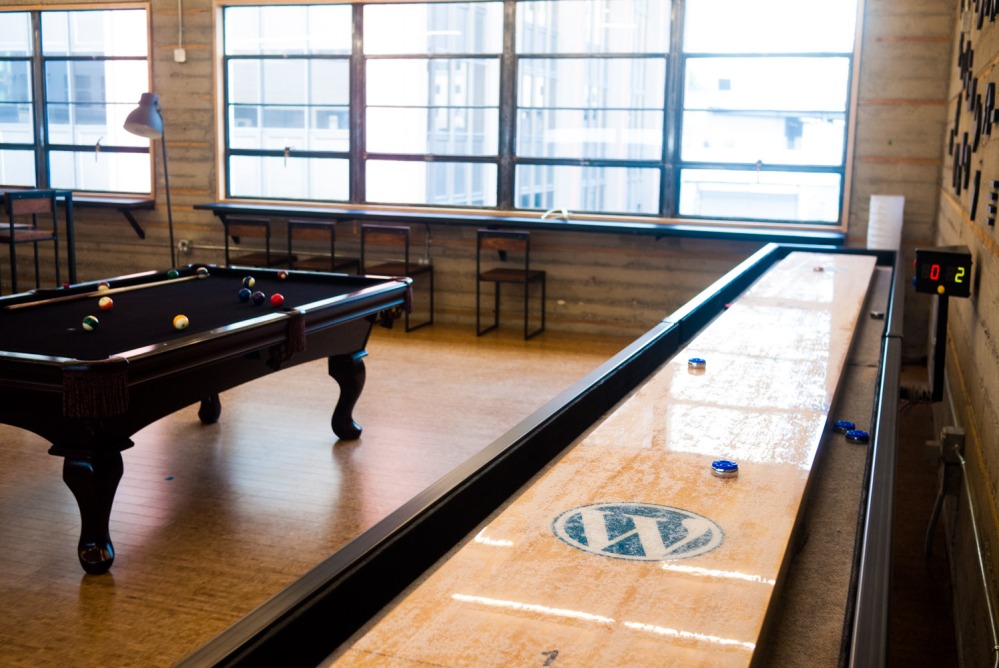 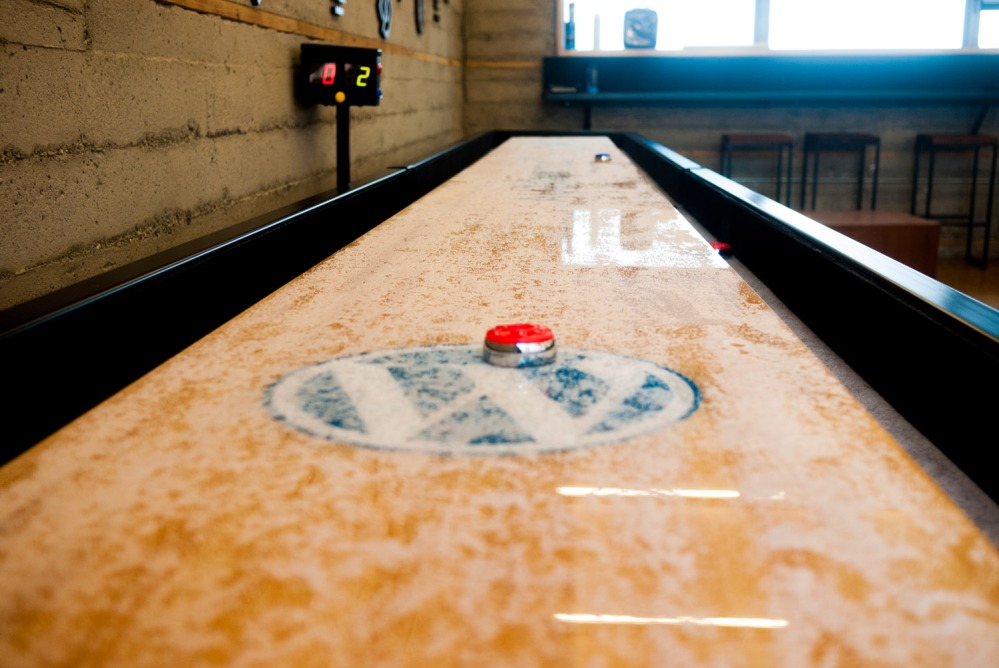 The North Americans (Joey from Vancouver, Dustin from Ohio) took on the UK (me from Scotland, John from London). 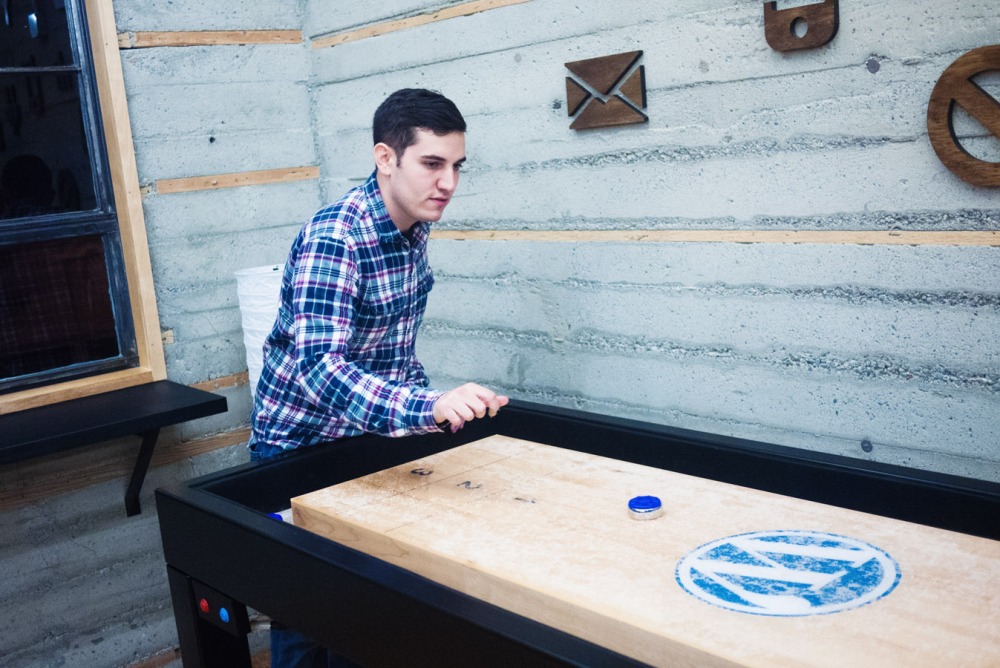 Despite never having played before, I’m pleased to report that the UK took the match. This should not be seen as an endorsement of the Better Together campaign.

The colour balance on these are a bit skewy; late-night intoxicated editing is to thank. 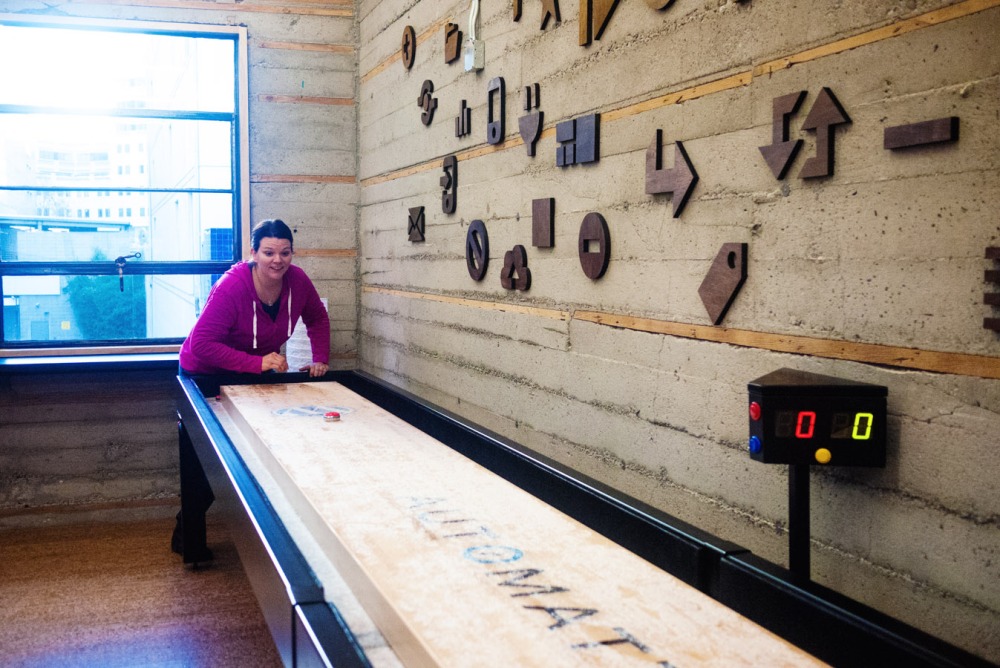 I’m wary of banging on about just how amazing all of this is, as I’m sure my friends are already sick of hearing about it, but the thing is, it really is hard to wrap your head around that there is a company out there that values and trusts their employees to such an extent.

Hearing “We’re really confident about who we hire. You’re smart people; we know you’ll make good decisions.” is as liberating as it is a bit scary. I’m in awe of the folk I work with, and that I’ve gotten the chance to be a part of it all. 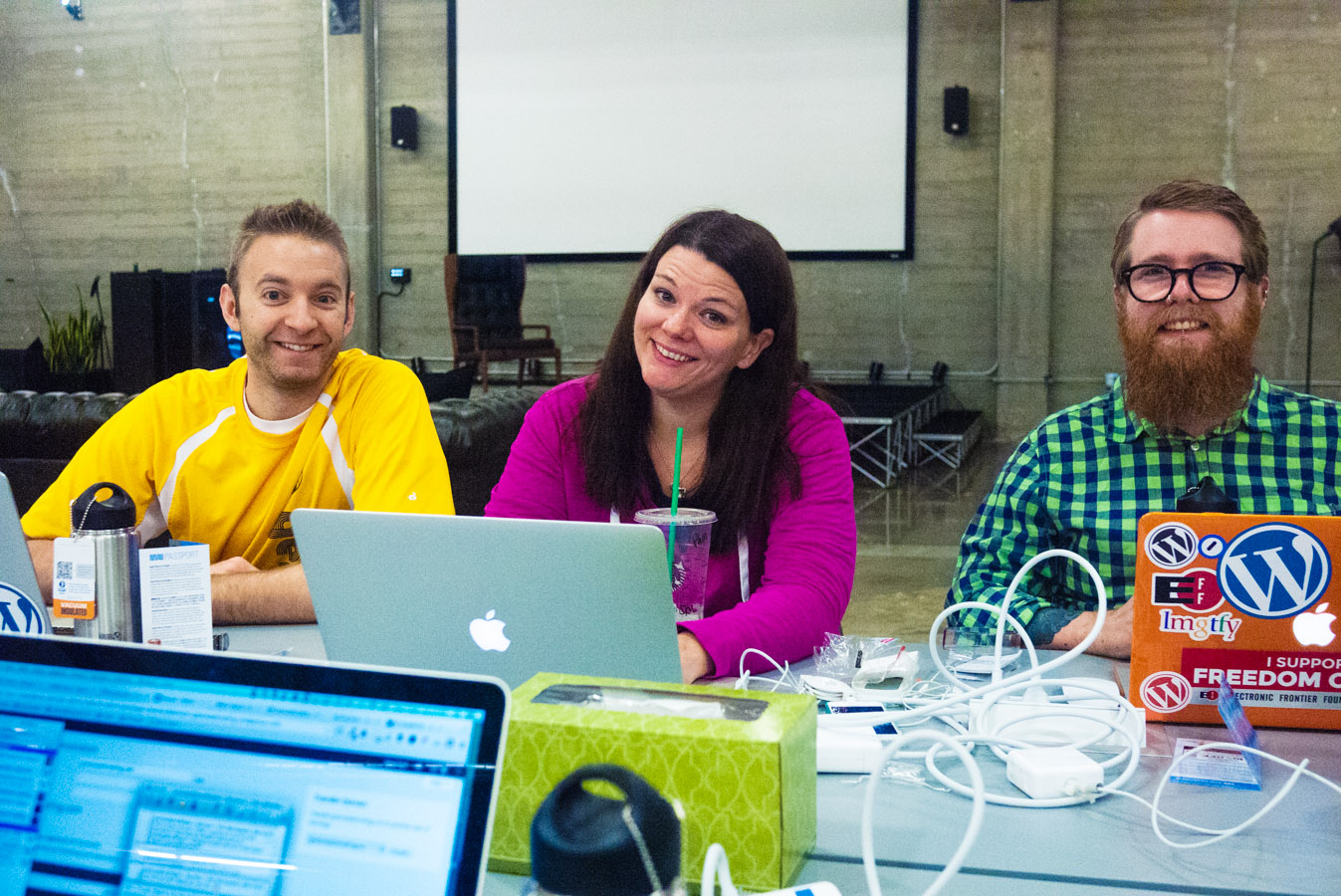