Back to San Francisco for the remainder of the digital pictures from the trip. There are a pile of films to be developed too, so they’ll come later. 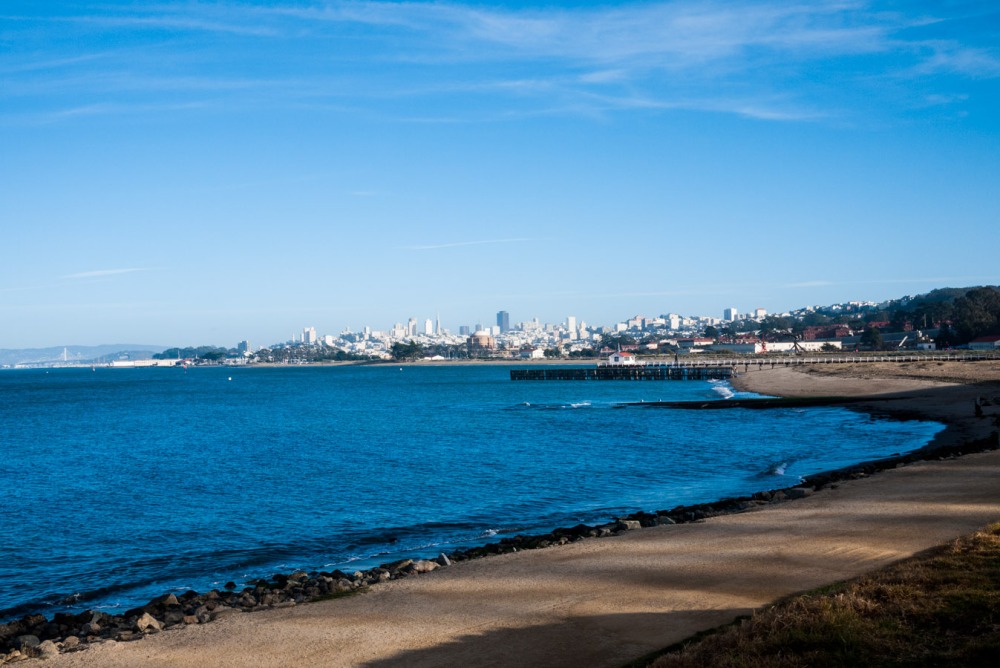 I switched from proper shirt and sensible-ish glasses to beanie hat, skinny jeans, white glasses, and full-on hipster t-shirt at this point. 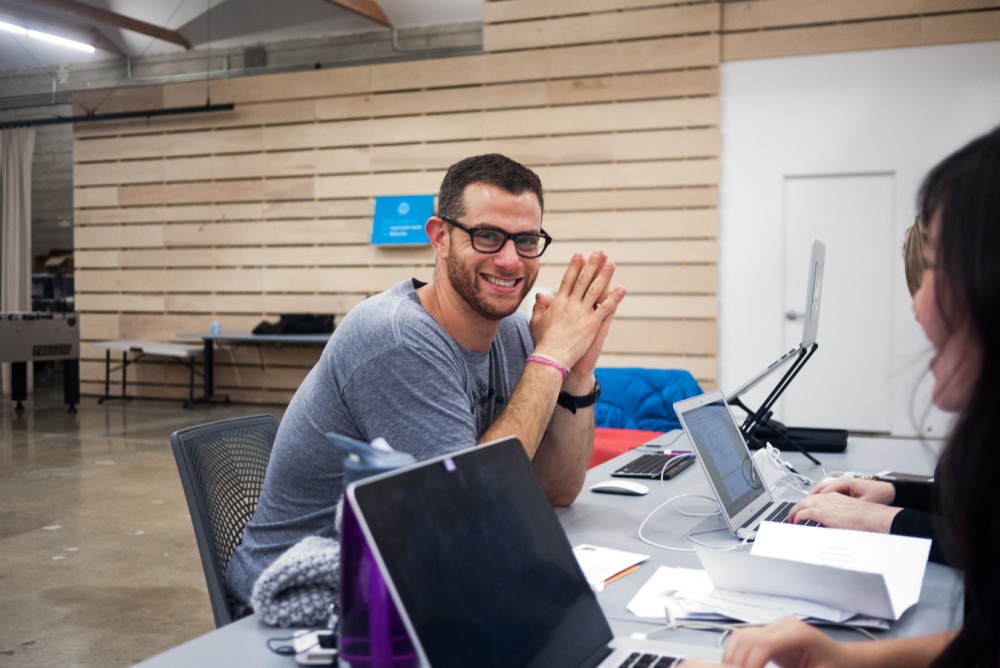 Here is a box of $75 worth of donuts. I’d been assured they were some of the best in the world, and they also had gluten free. I’ve not had a proper donut in ages, so it was amazing. Also, is it donut or doughnut? This transatlantic malarky has screwed up my spelling. 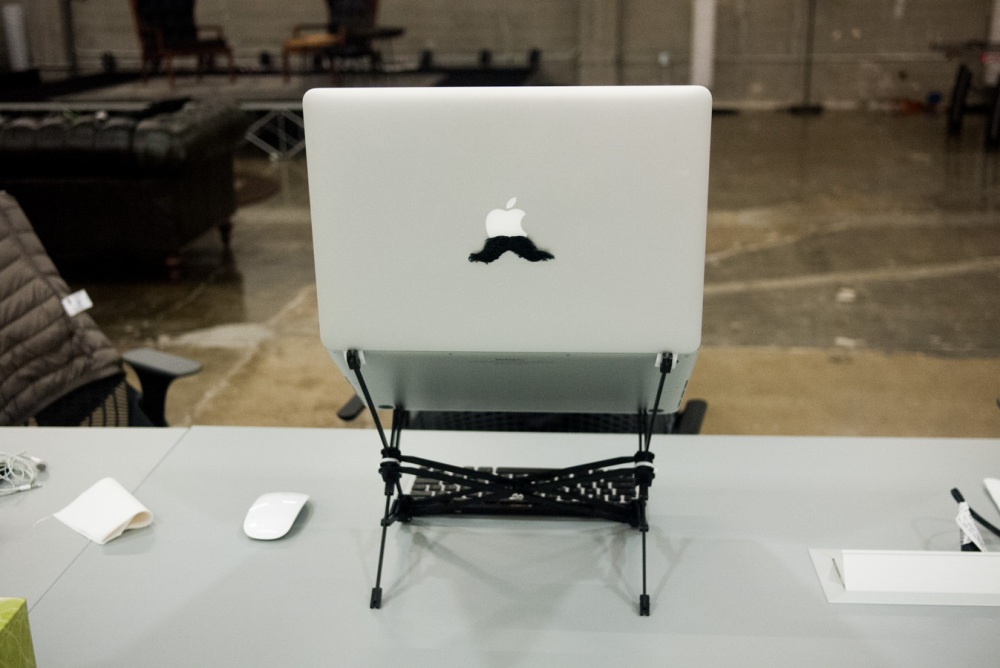 There isn’t a PC to be seen anywhere. “It’s an Apple town, for sure.”

This is Jeff, making an effort to look decidedly more menacing than he actually is.

As luck would have it, Pam‘s birthday fell on the Thursday that we were there. Finding this out, some of the Automattic crew put out a request over an app called taskrabbit to see if somebody would make a cake with certain specifications. Someone replied, and as luck would have it, turned out to be a WordPress.com blogger. Can’t get much more suitable than that. There were some jokes that the other people who responded were Tumblr users, but no comment. 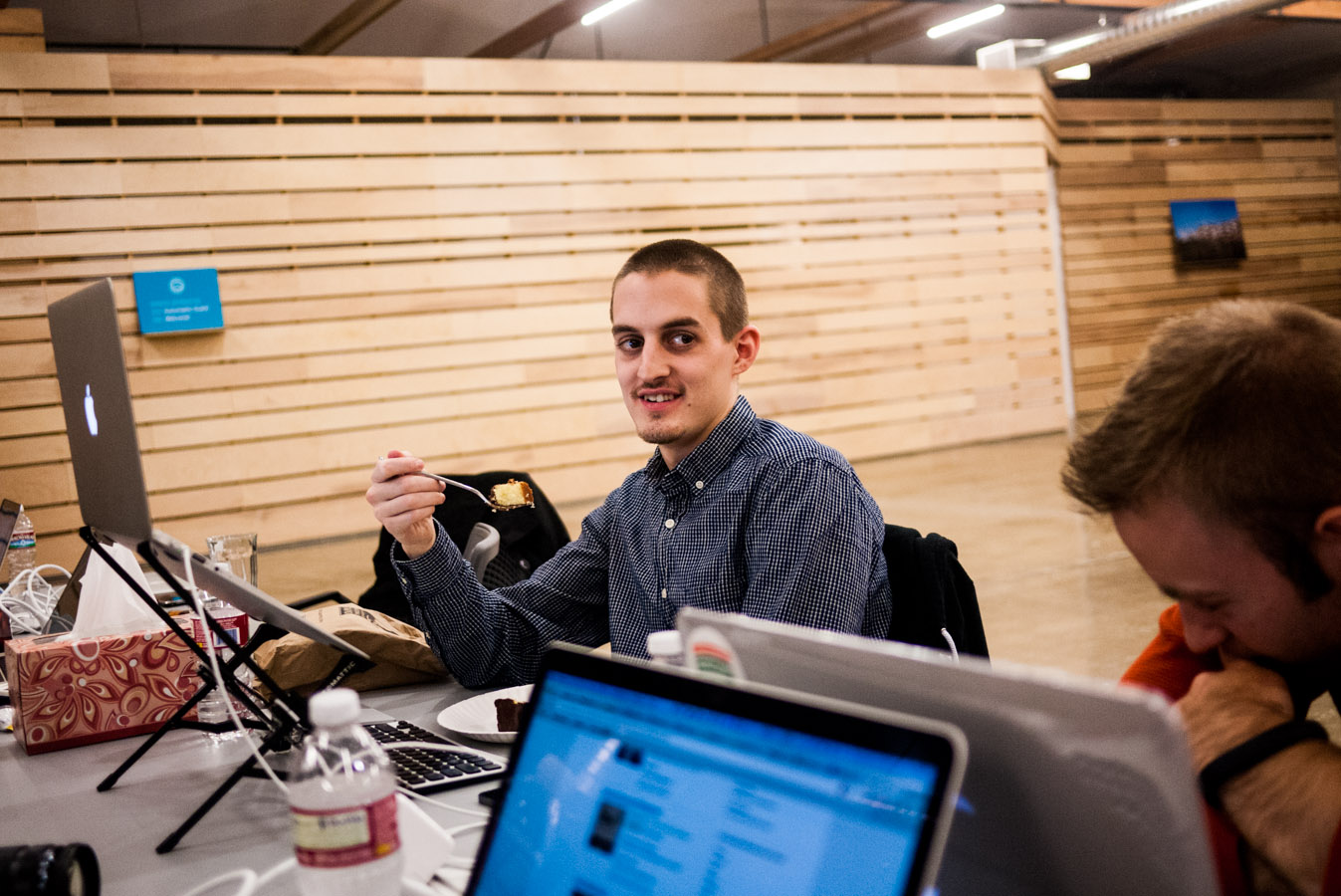 It was a day filled with doing cool things in San Francisco.

Look at these crabs.

eating the famous clam chowder in a Bistro on Fisherman’s Wharf… after being terrified by the World Famous Bushman – a celebrity homeless person.

It came in a bread bowl, which was so good I had to eat some of it, even despite its gluten filled ways. 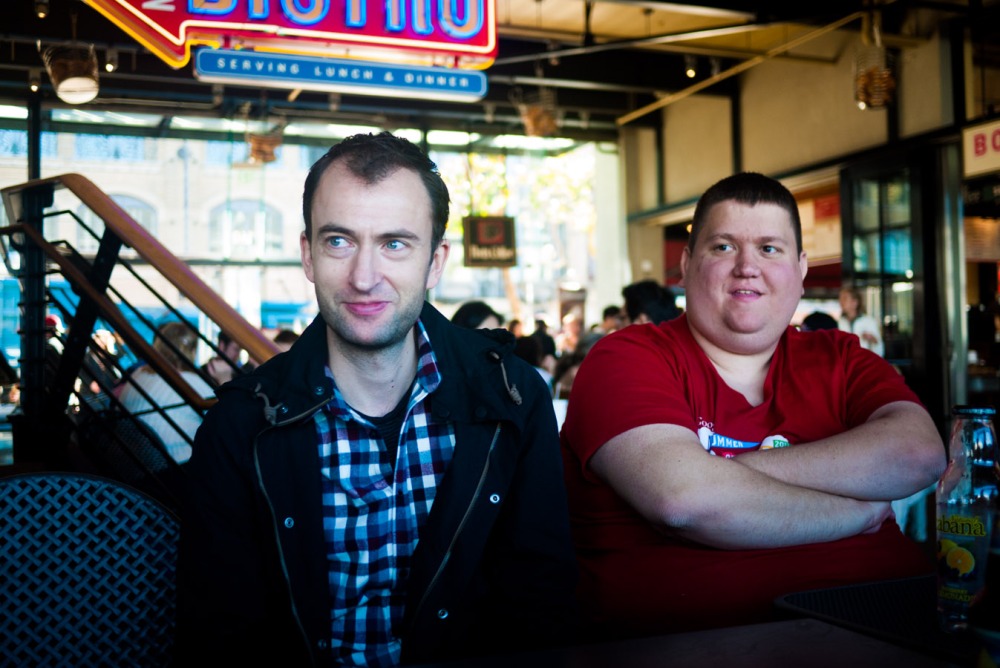 …and then onwards to drink Irish coffees in a place that reportedly was the first in America to serve them. 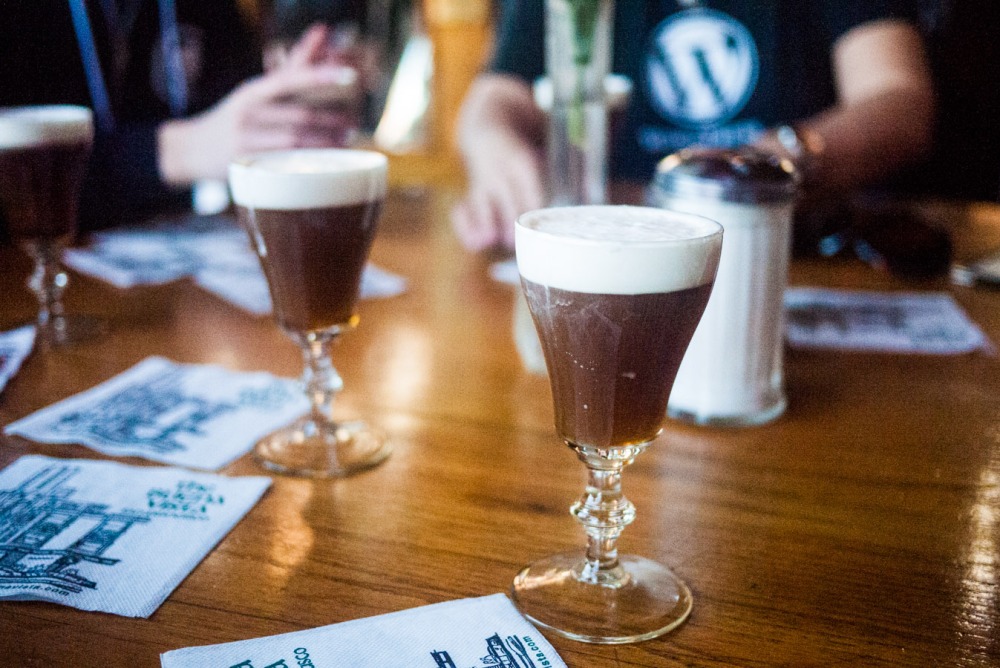 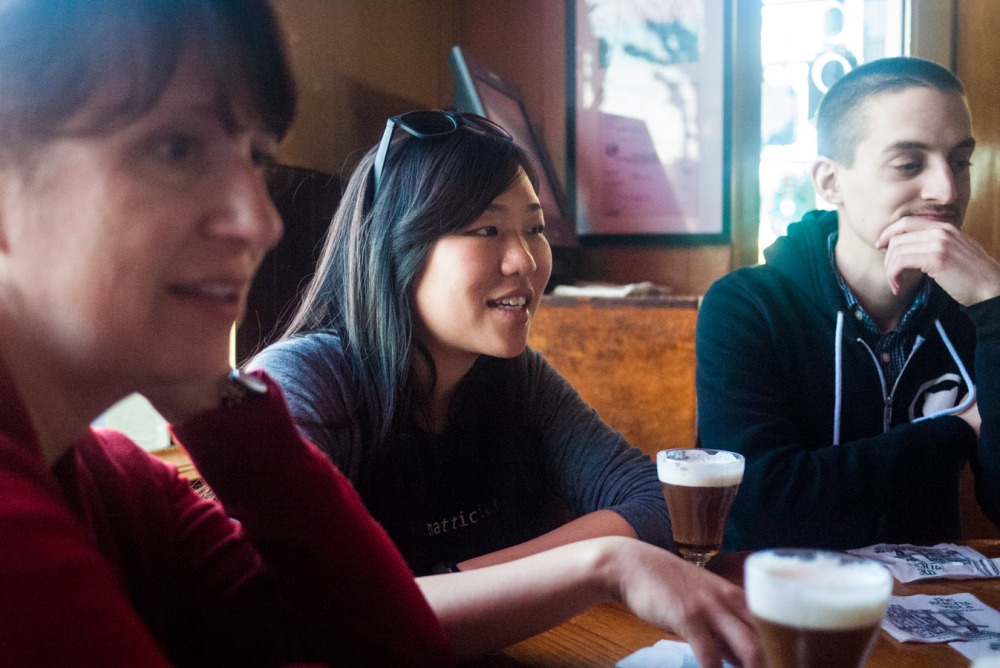 What could please a bunch of geeks more than a trip to a museum of playable, vintage arcade machines? 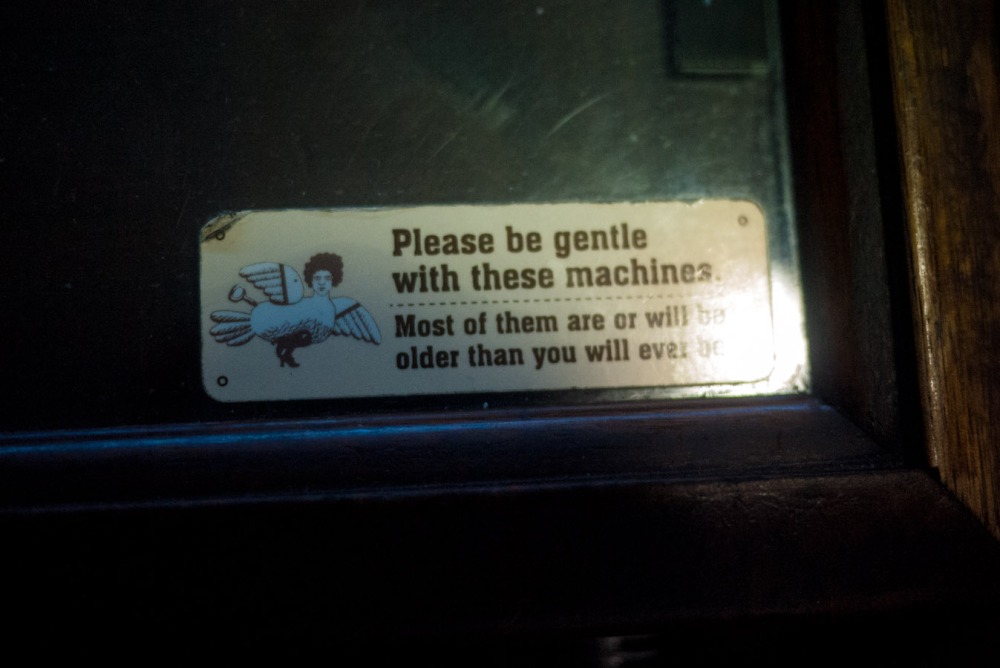 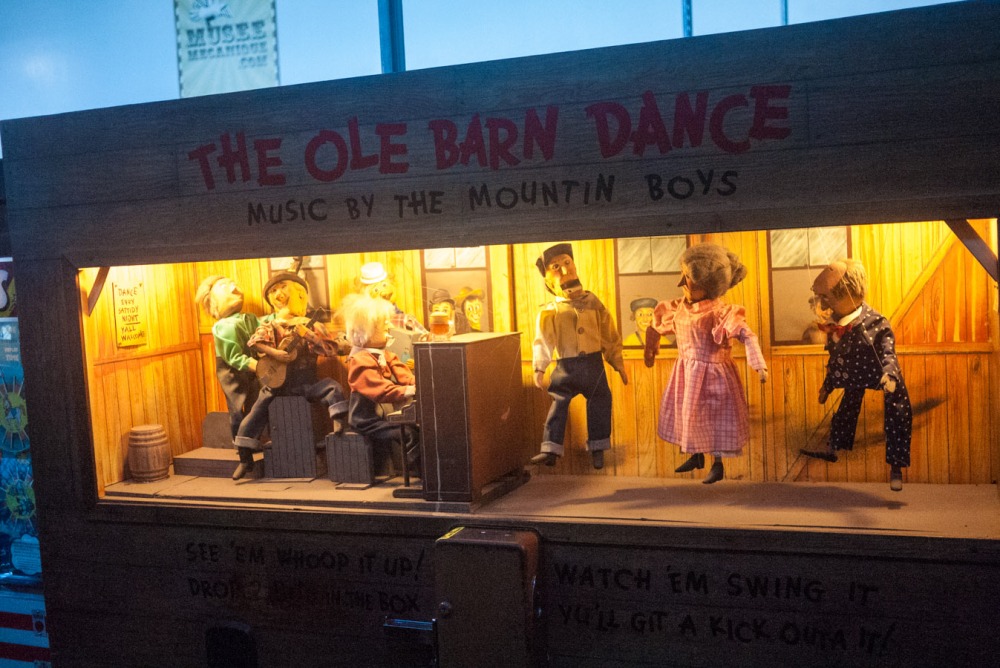 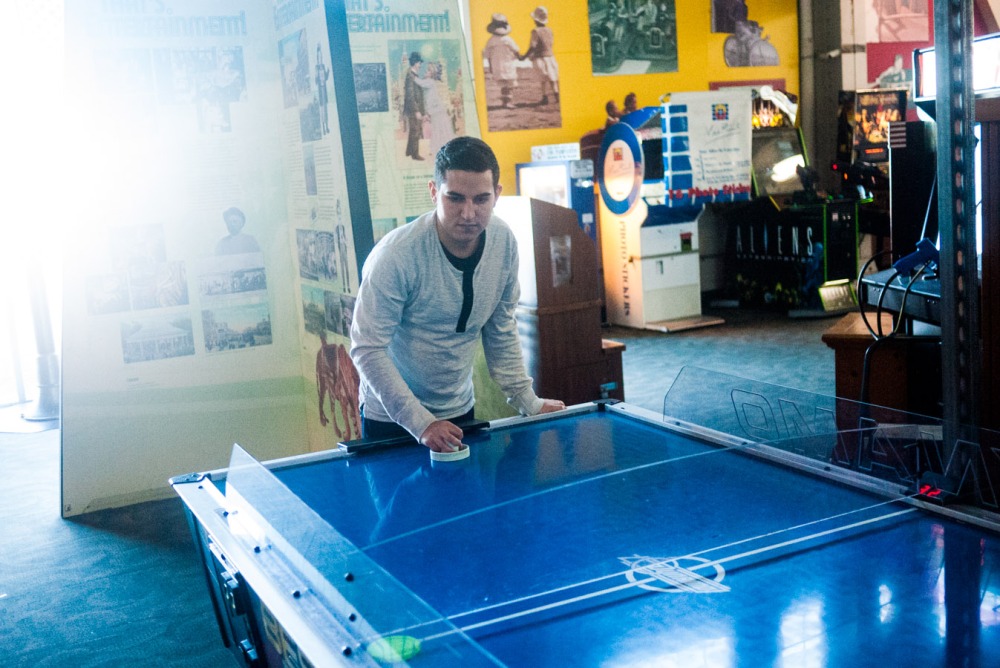 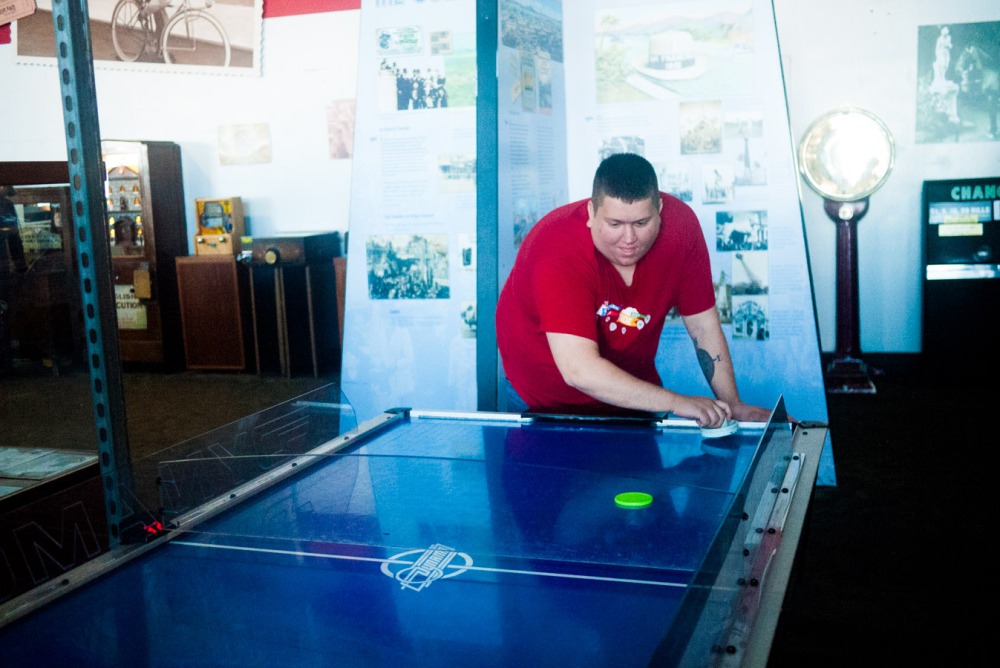 but definitely not the weirdest. 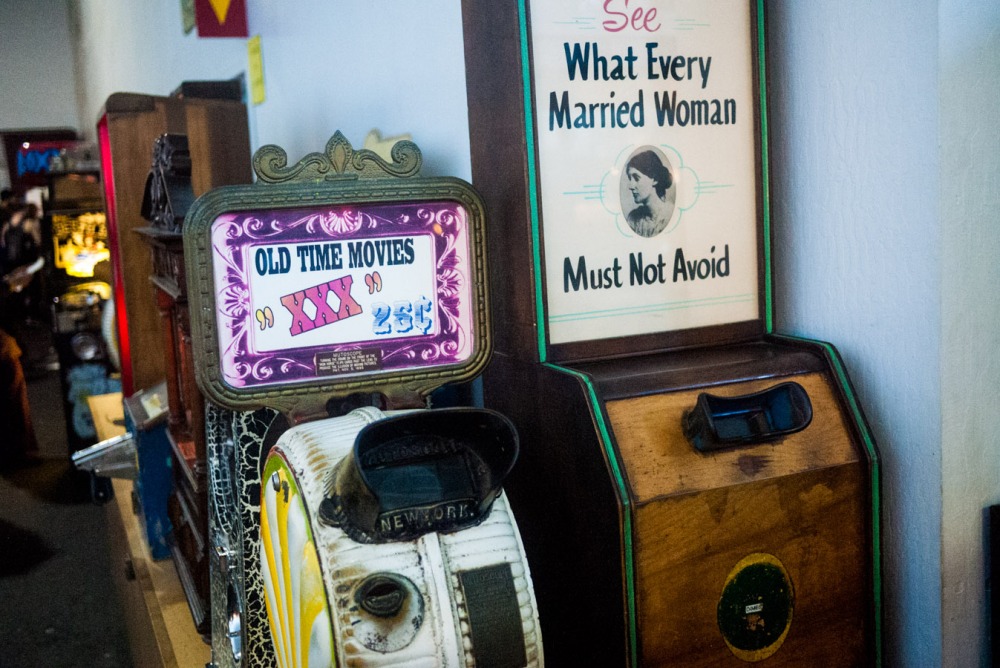 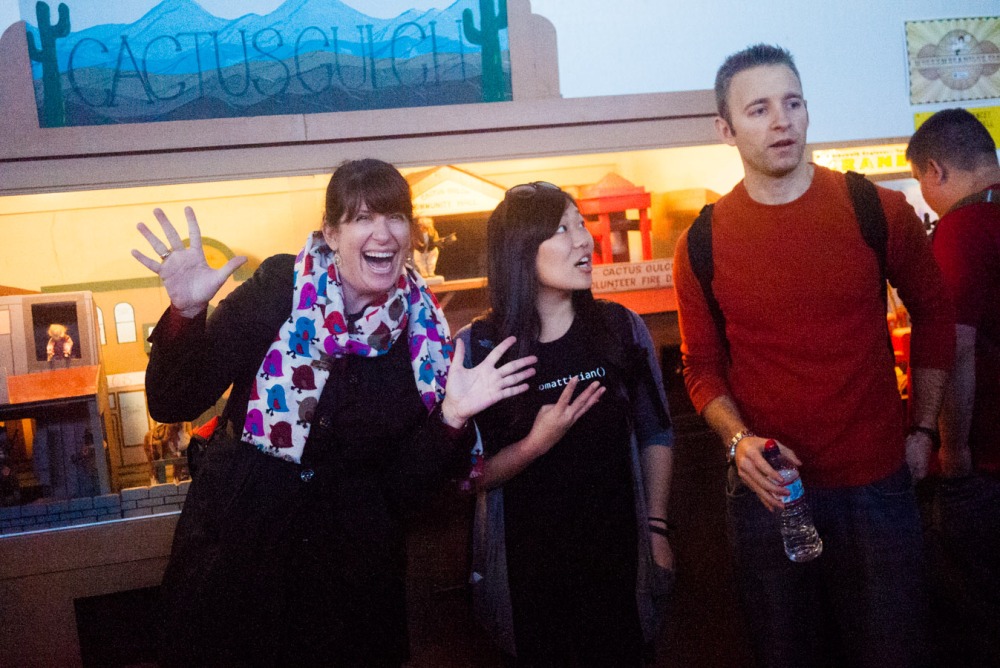 Whac-A-Mole. Something every kid in the UK sees on American shows, but never gets to play in real life.

There erupted a bit of a competition. 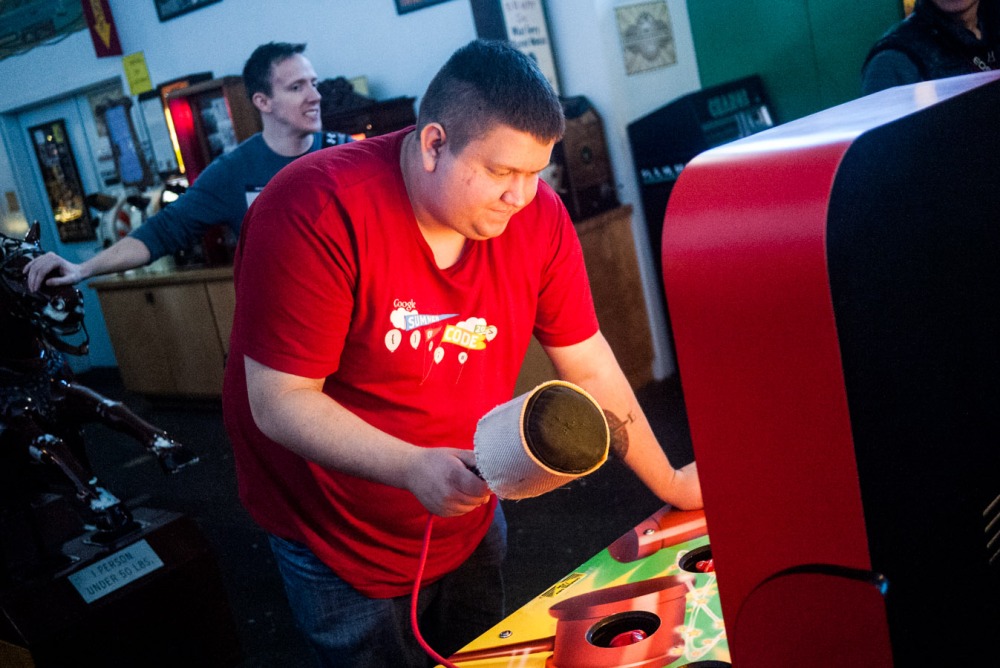 At which I didn’t do too well.

but which Joey took by storm.

obliterating the machine’s high score by about 200 points.

Rolling back to Hawthorne at 4.30pm.

Note to self: Homemade Irish coffees are not as good as ones bought in bars who have served them for decades. 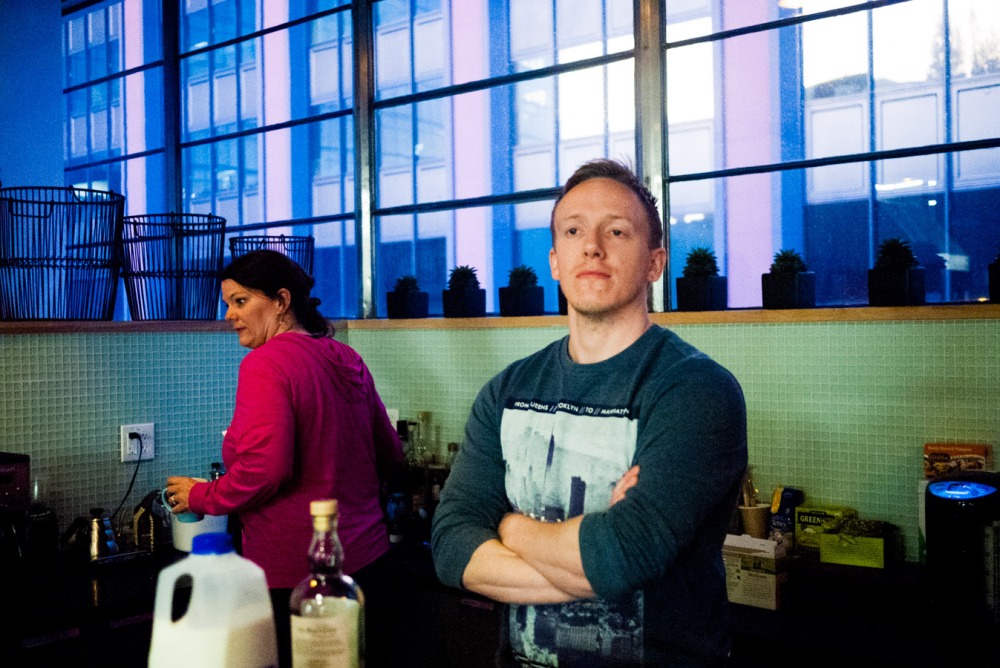 What sort of office do you actually want to spend time hanging about in? 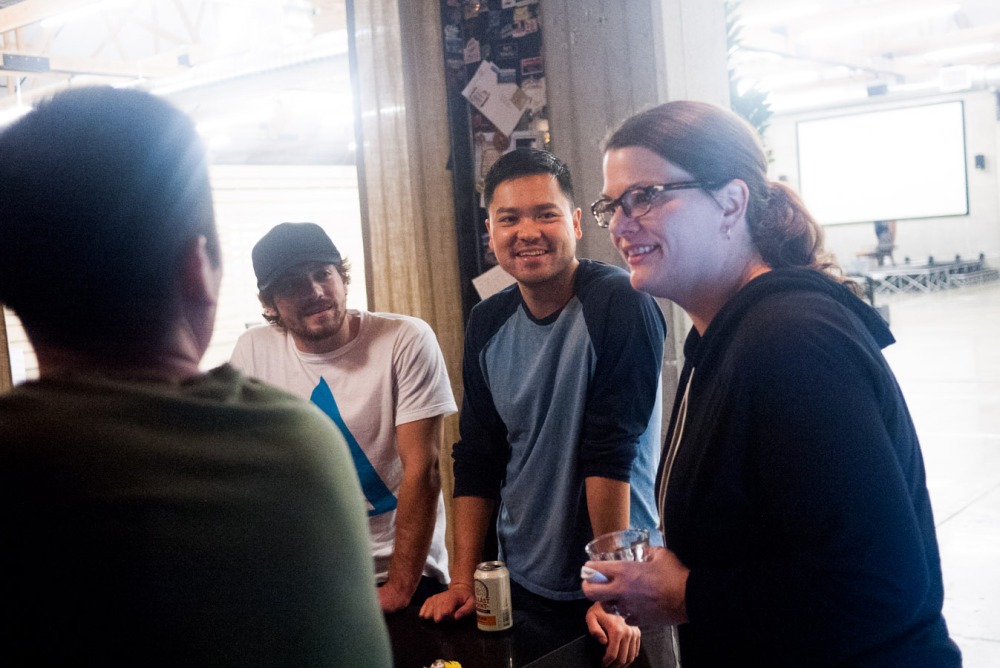