This past weekend, Al, Gordon and myself headed to the ‘Craft Beer Rising’ festival that was being held in the grounds of the Drygate brewery. 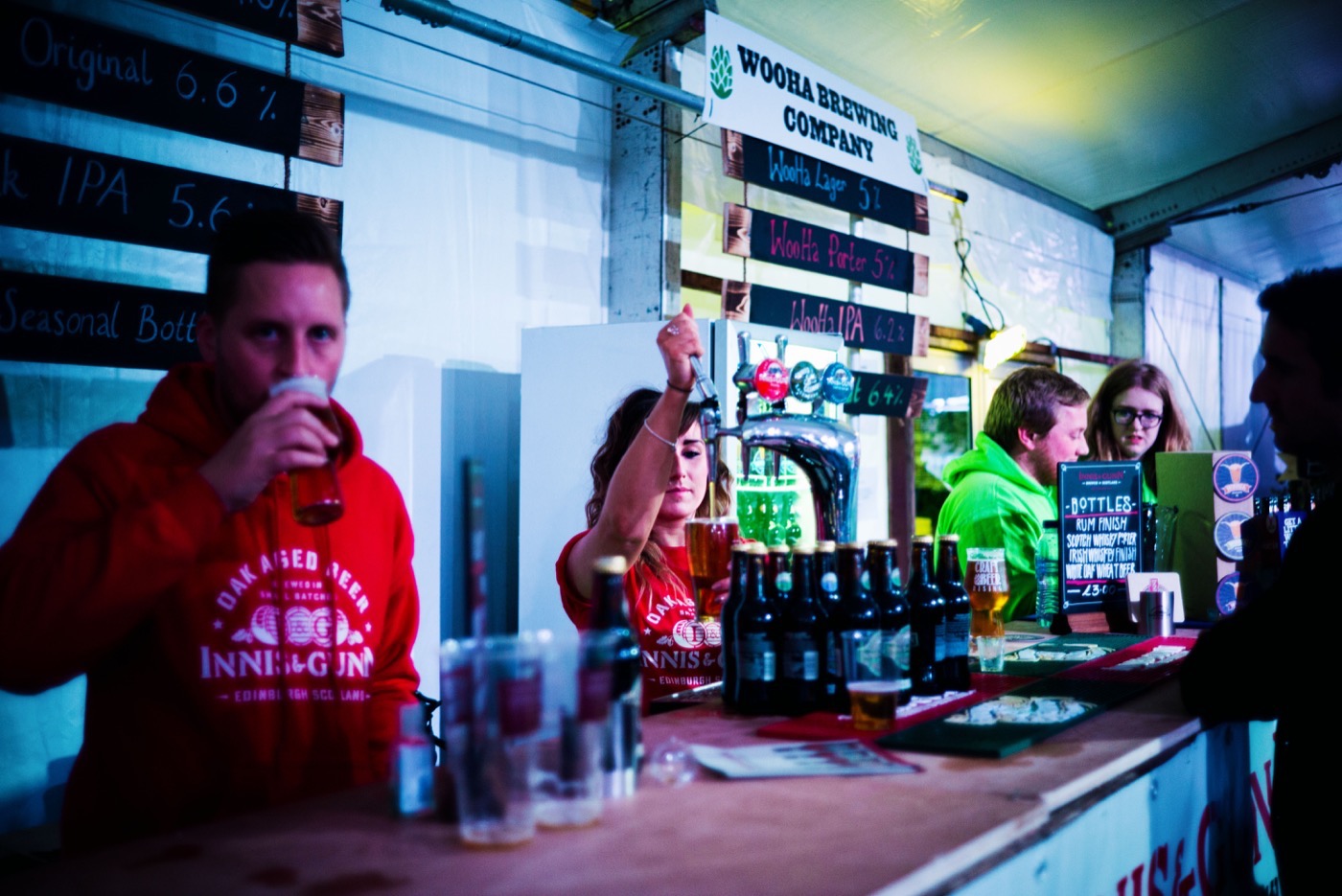 The idea was pretty simple: Buy a ticket, get a glass, and pay for the beers you want to try, in a variety of different volumes – or get free samplers first. 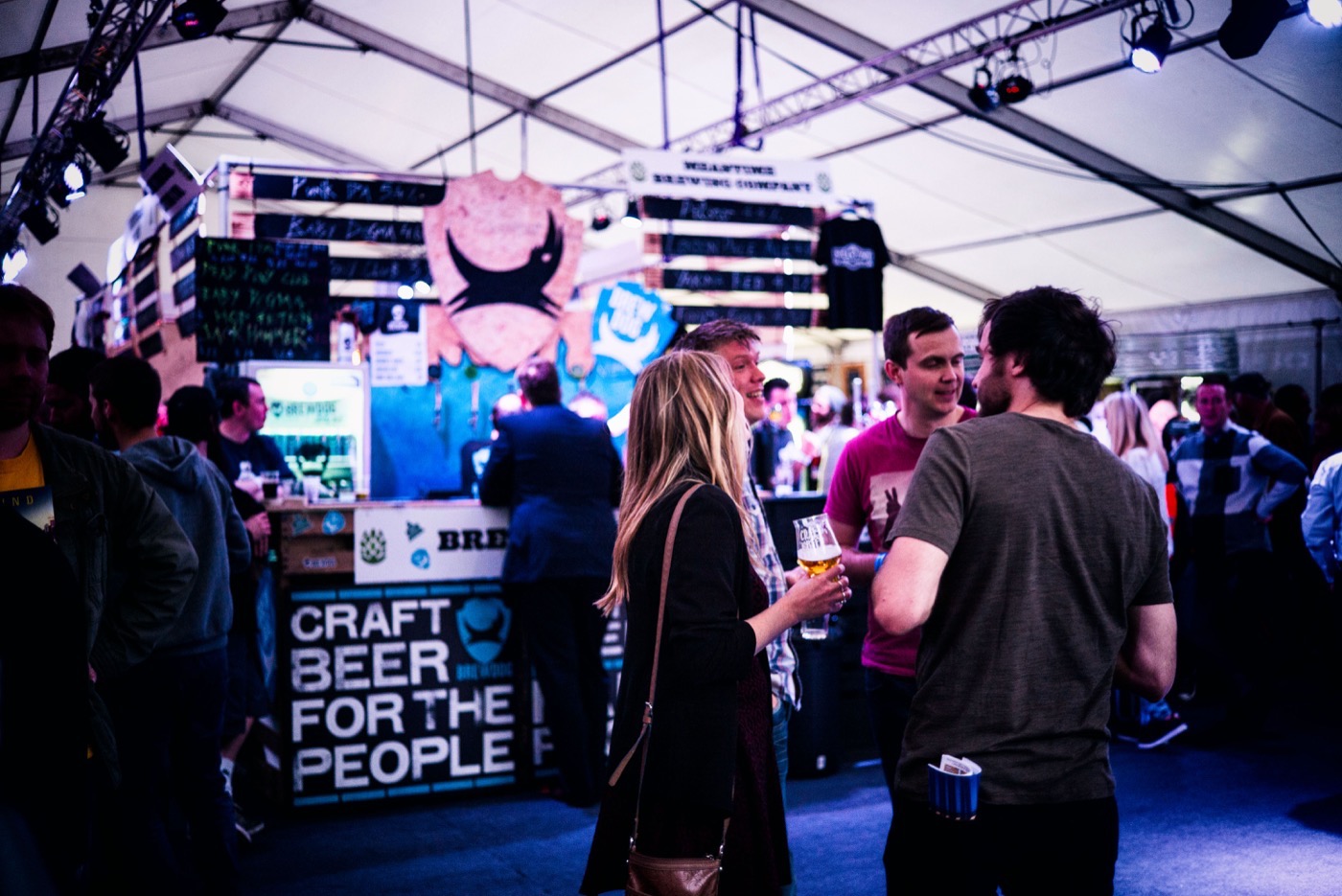 Bizarrely, it seemed like Drygate themselves didn’t have a stall, though I’m not personally a huge fan of their beers – so it didn’t matter too much. There also seemed to be a bit of a lack of seating about, leading to improvisation. 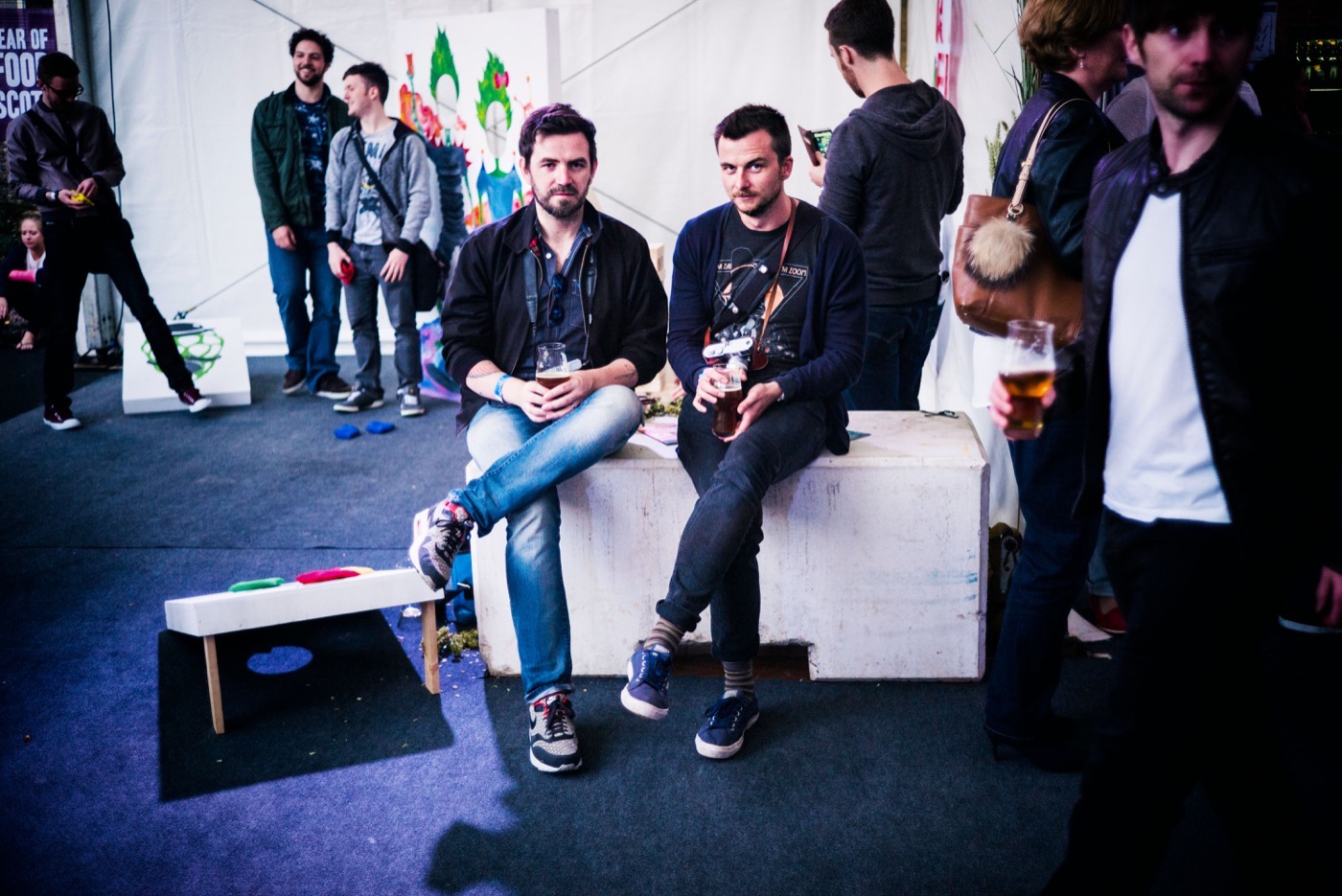 When we arrived, a couple of people had clearly been on the bevy for a while, and were a tad worse for wear. That was the exception rather than the rule though, and generally folks were merry but not completely pished. Throughout the night we ended up chatting to a bunch, and I took the opportunity to test out my new lens – a Leica Summicron-C 40mm f2. It turned out to be a great focal length for this type of thing. 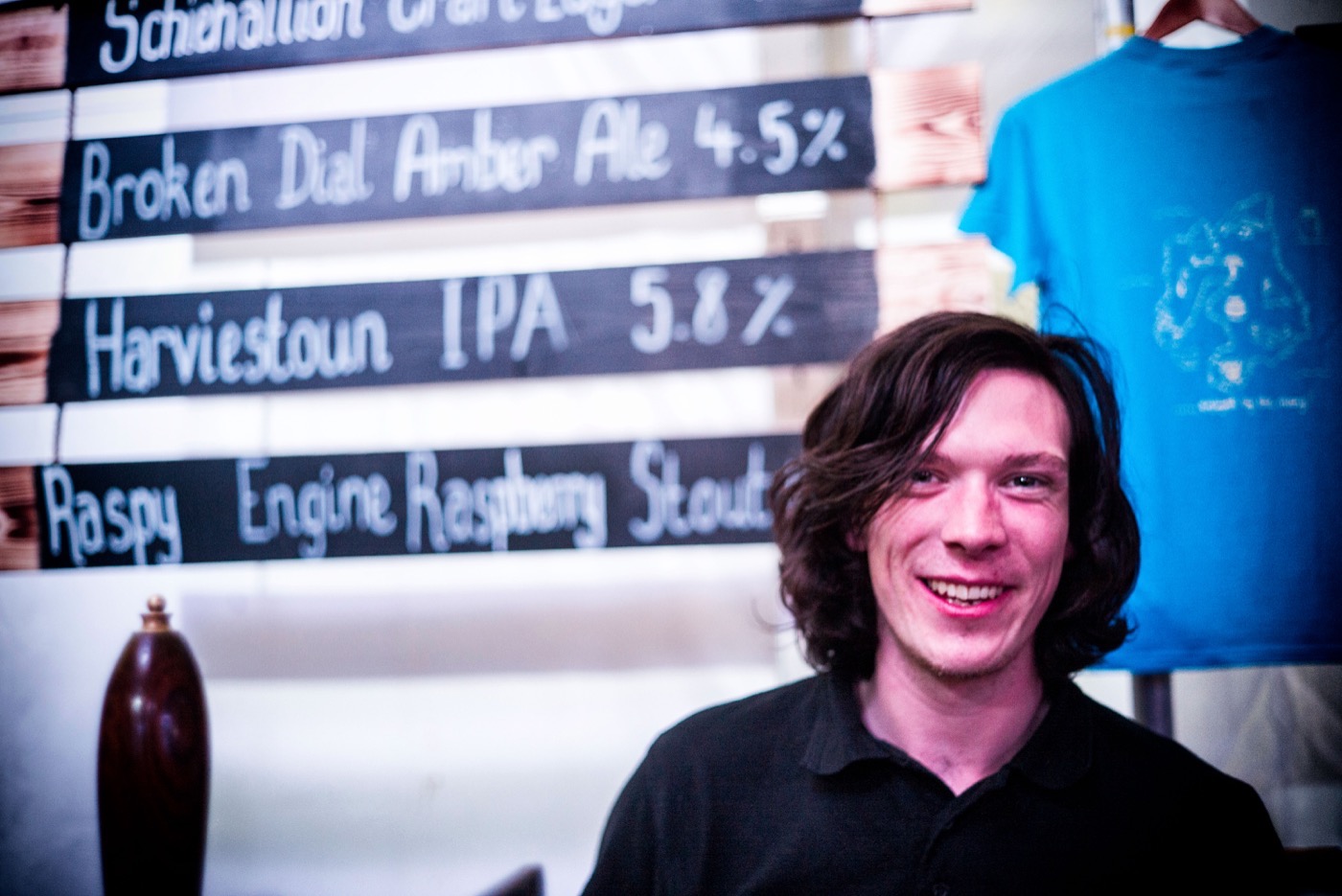 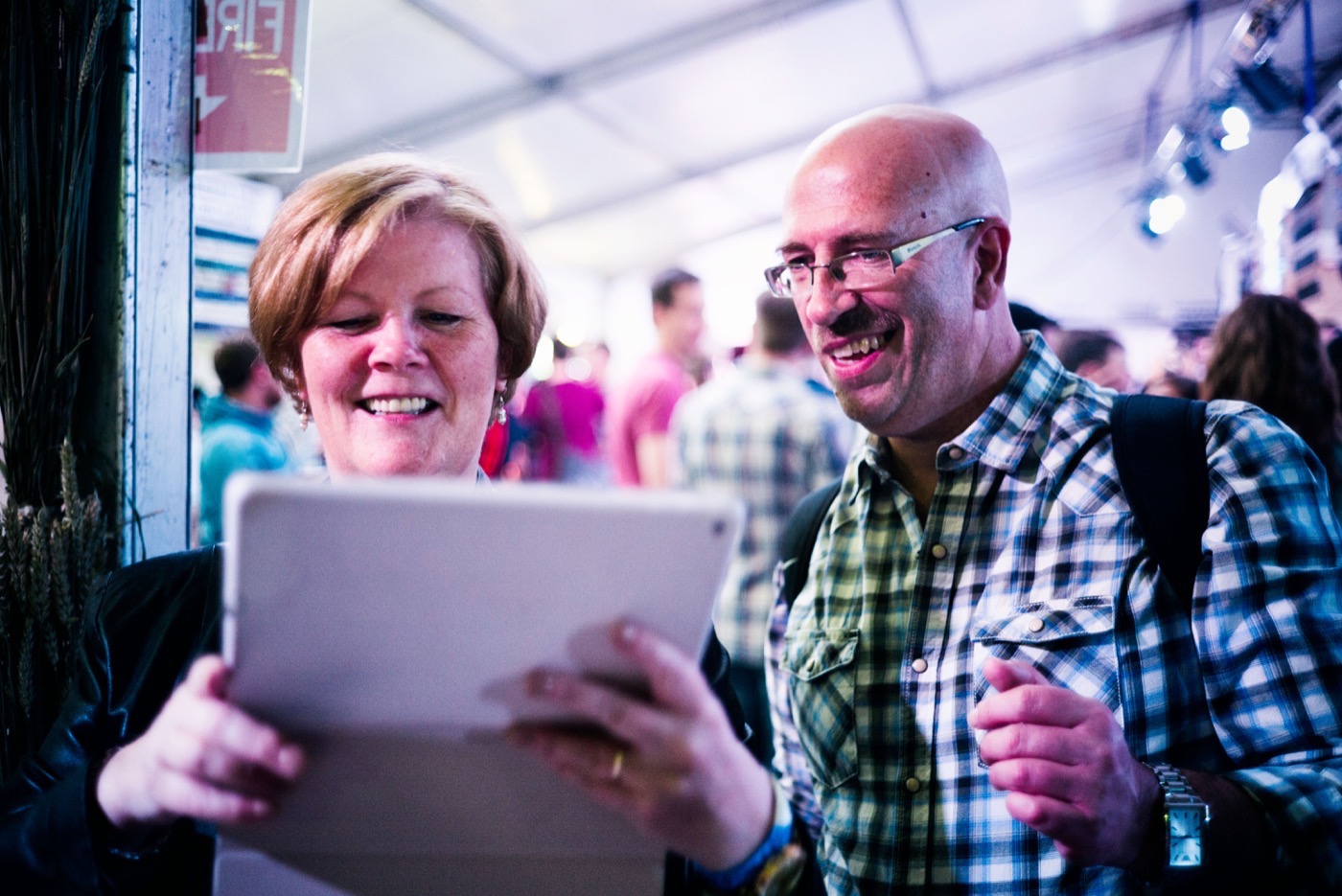 Times like these are when the fabled Scottish/Glaswegian friendliness really shows itself. We’re good at drinking in big tents. 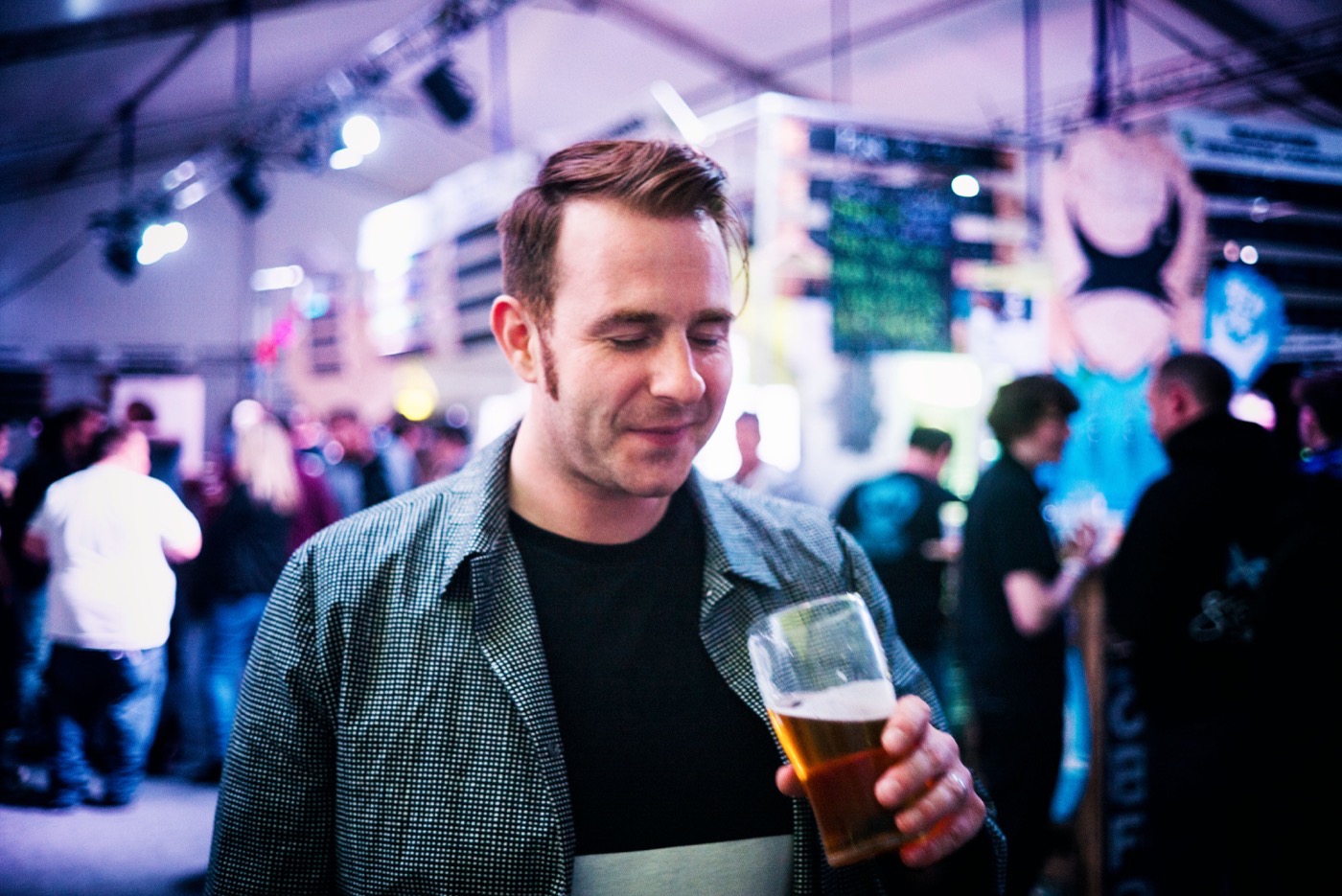 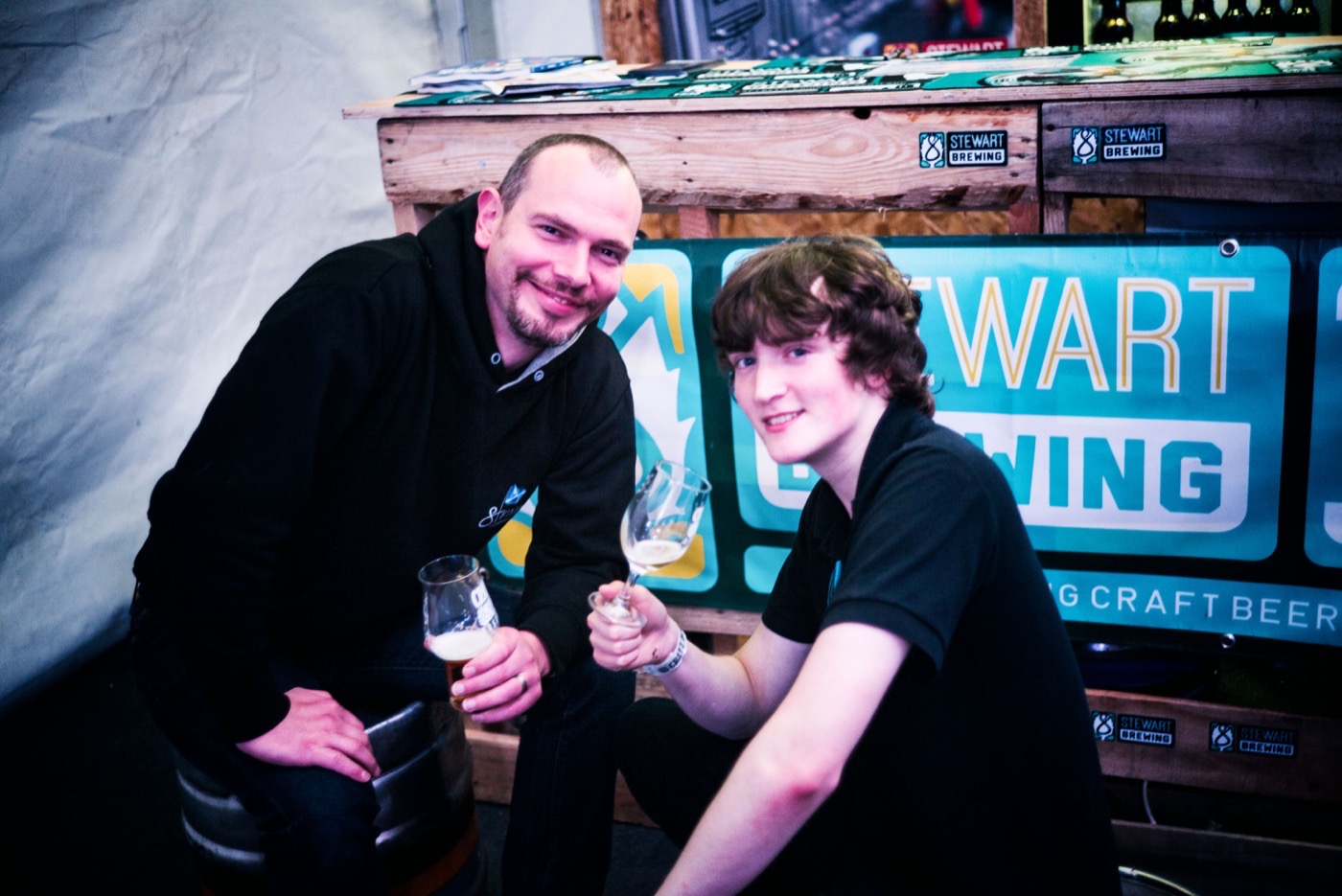 The selection of beers on offer was pretty good, with pretty much all of the usual suspects represented, but also a decent number of smaller breweries. 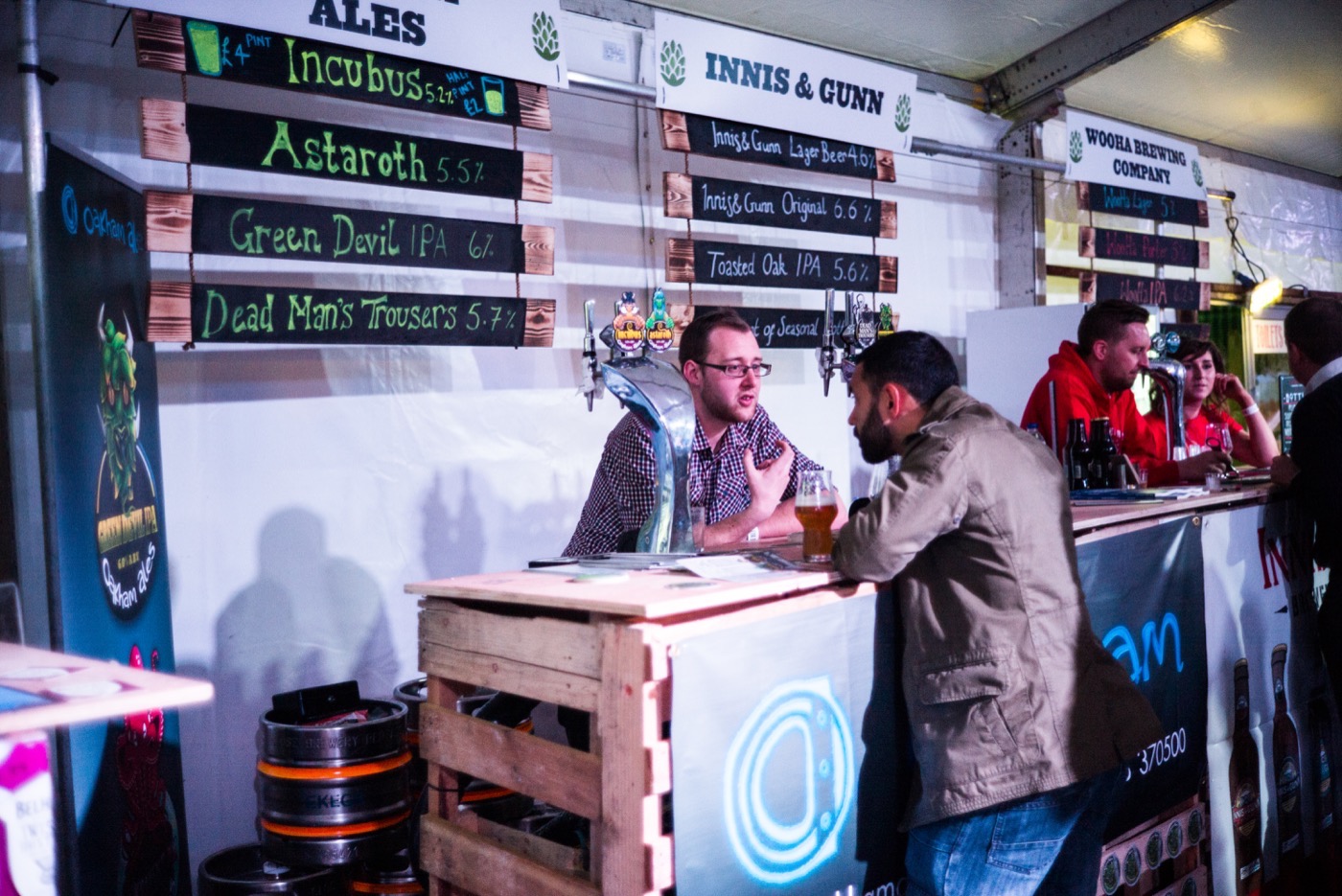 Brewdog just had their standard draughts with them, which was a bit of a shame; I thought they might have had some experimental brew to show off given their reputation. I’ve been to beer festivals in the US before where each brewery released exclusive beers just for that day, so it would have been nice to see more of that kind of thing. 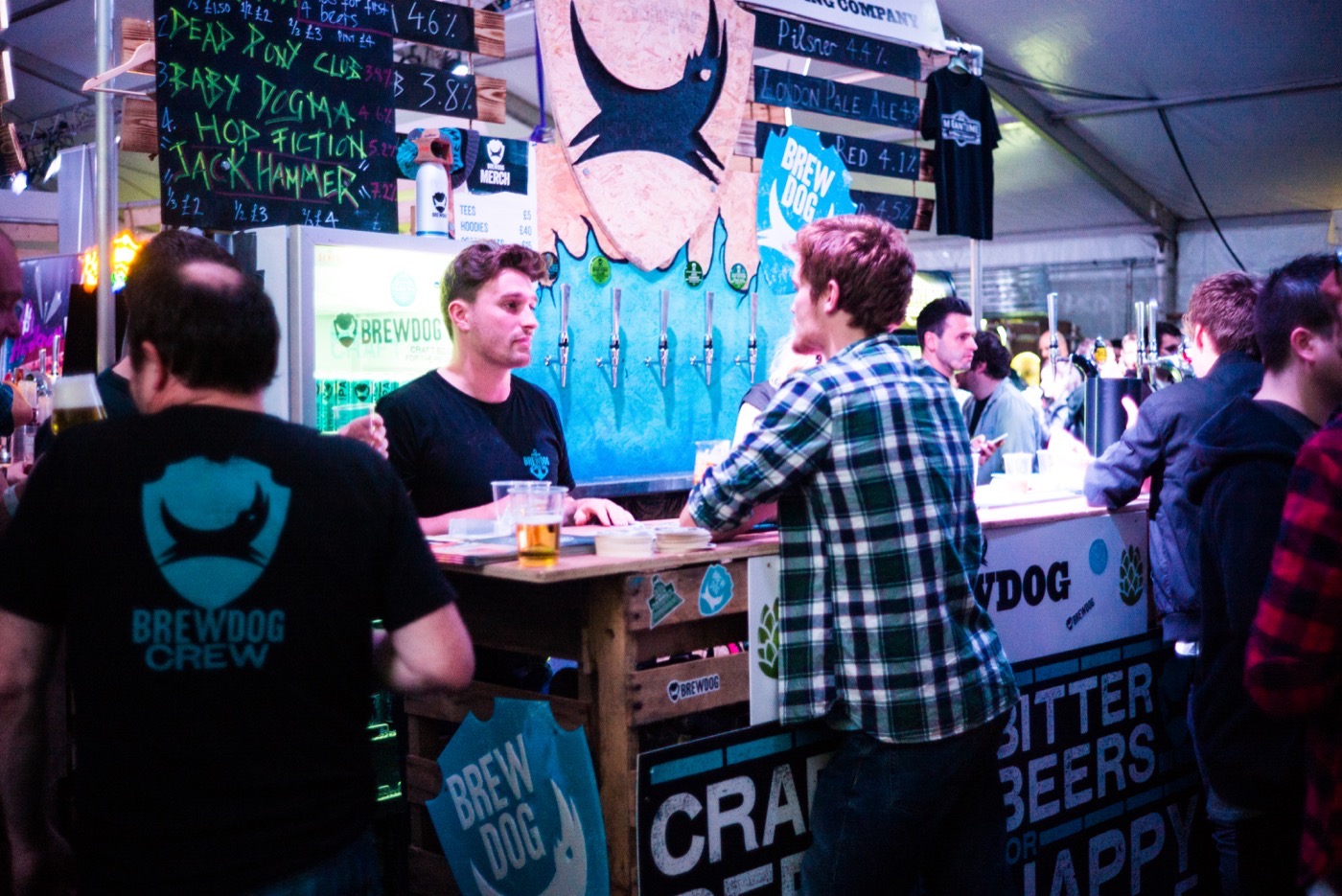 There was some surprising companies present amongst the vendors, like Guinness. I get that the larger commercial operations help to fund these events, but can’t see any reason whatsoever for Budweiser to have been there. It seems pretty strange and hypocritical given their recent anti-craft beer marketing in the States. This sort of thing is only really possible because there isn’t a legal definition for ‘craft beer’ like there is in the US. Achieving that is notoriously difficult though. 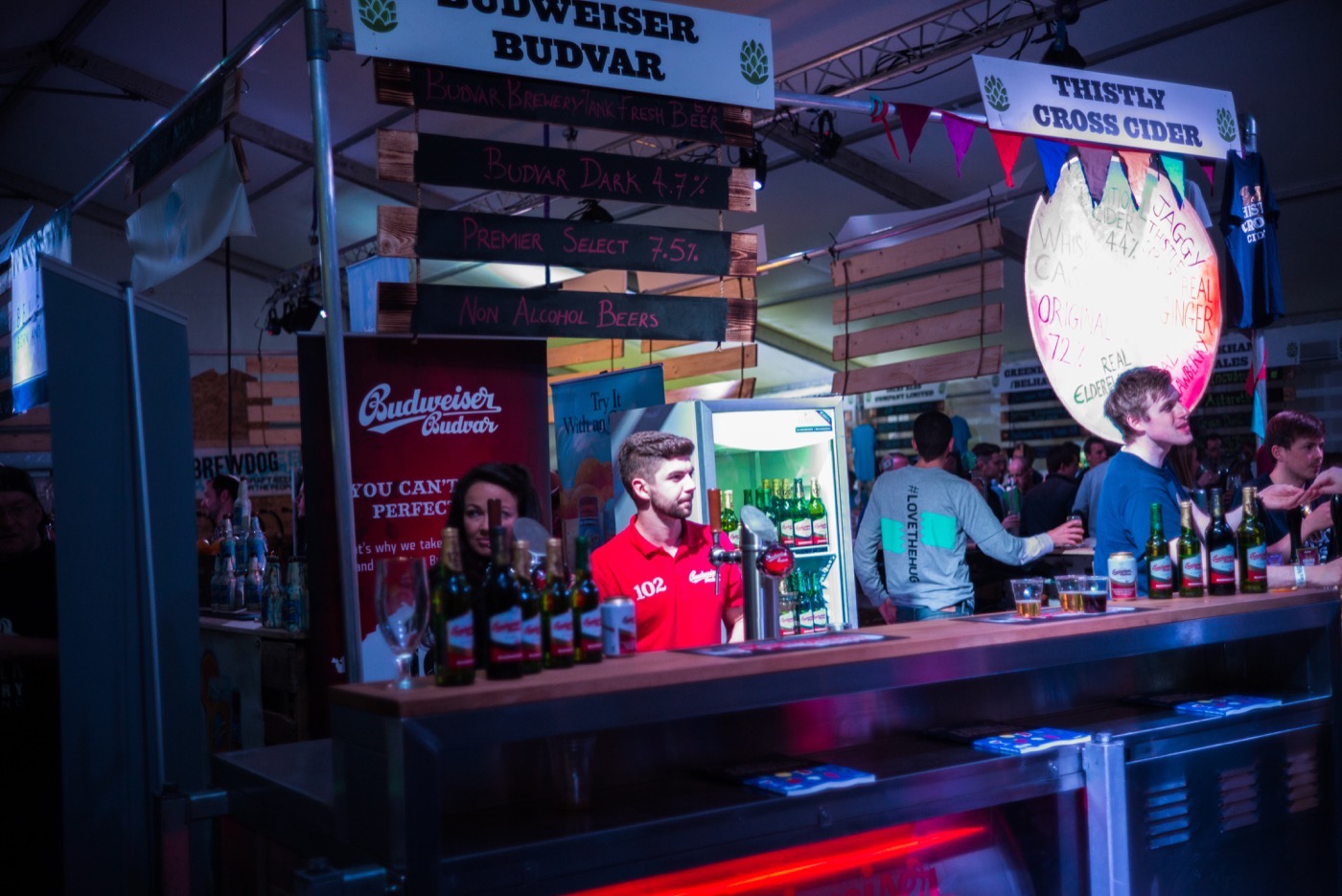 I wish I could tell you what I tried, but there wasn’t any sort of guide to what each beer was called, and I didn’t keep track. The main one that sticks out was a ‘raspberry stout’, which tasted a bit like drinking a liquidised Ruffle bar. Tasty. 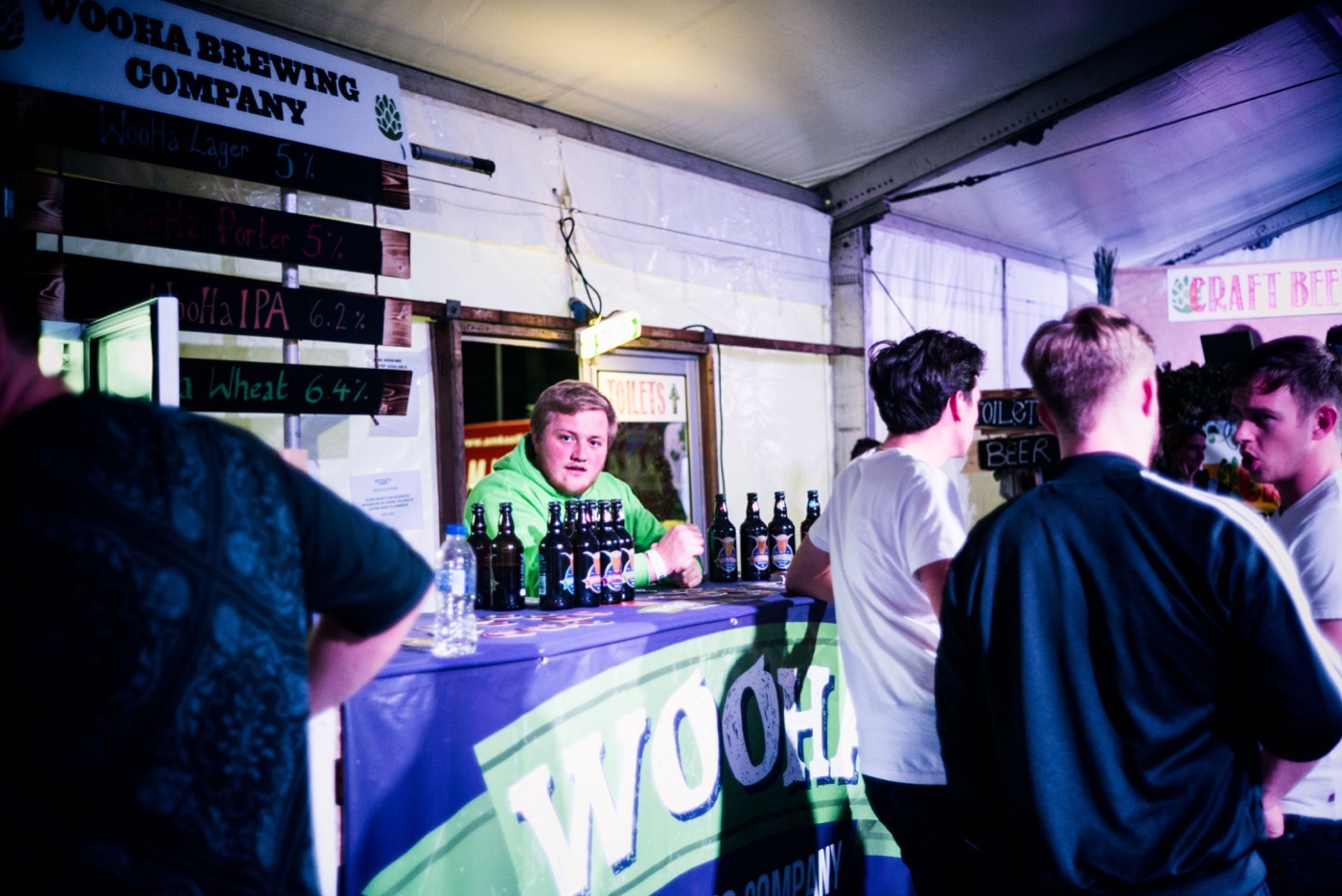 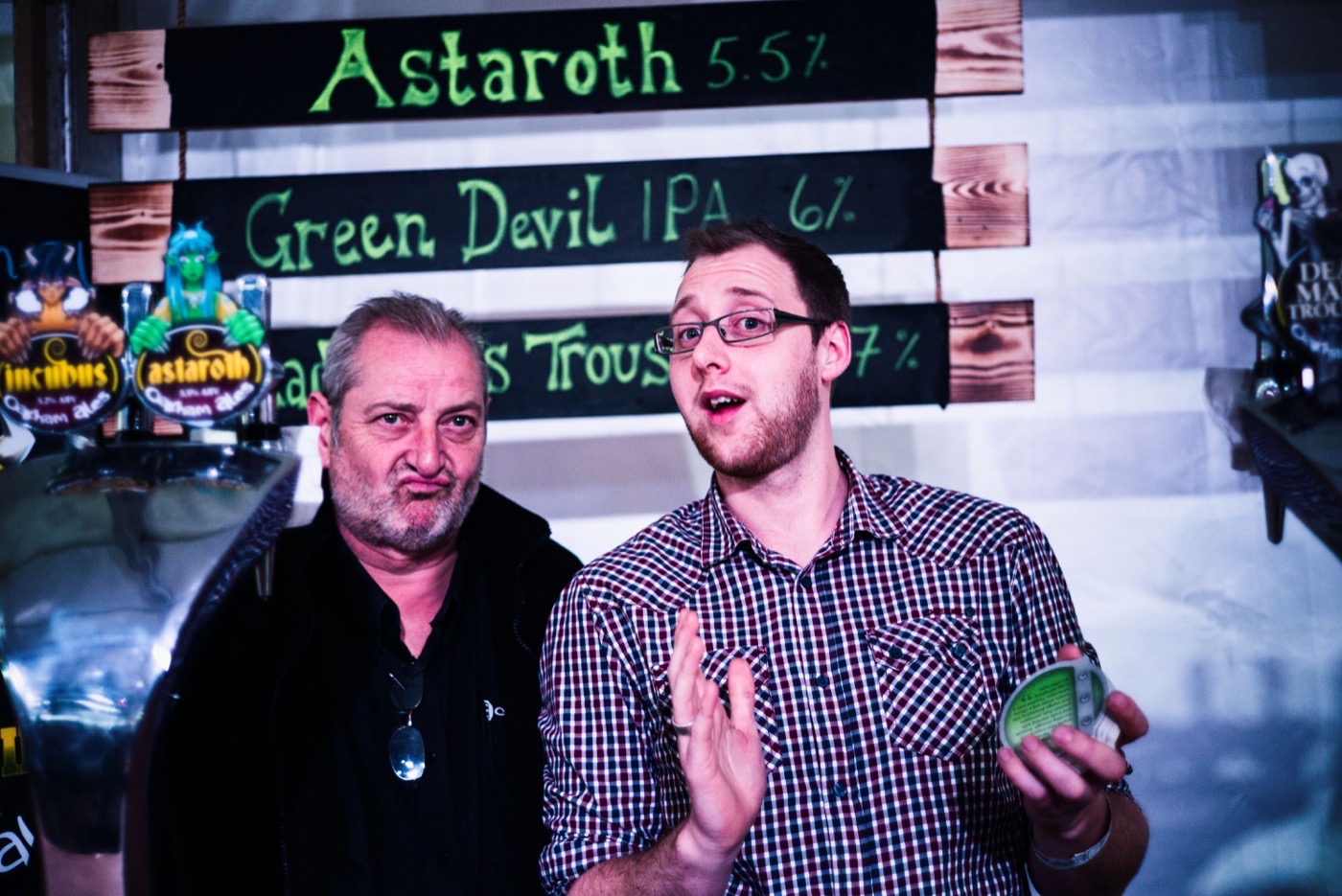 Overall, it was a pretty great night – though I paid it next day with the hangover. 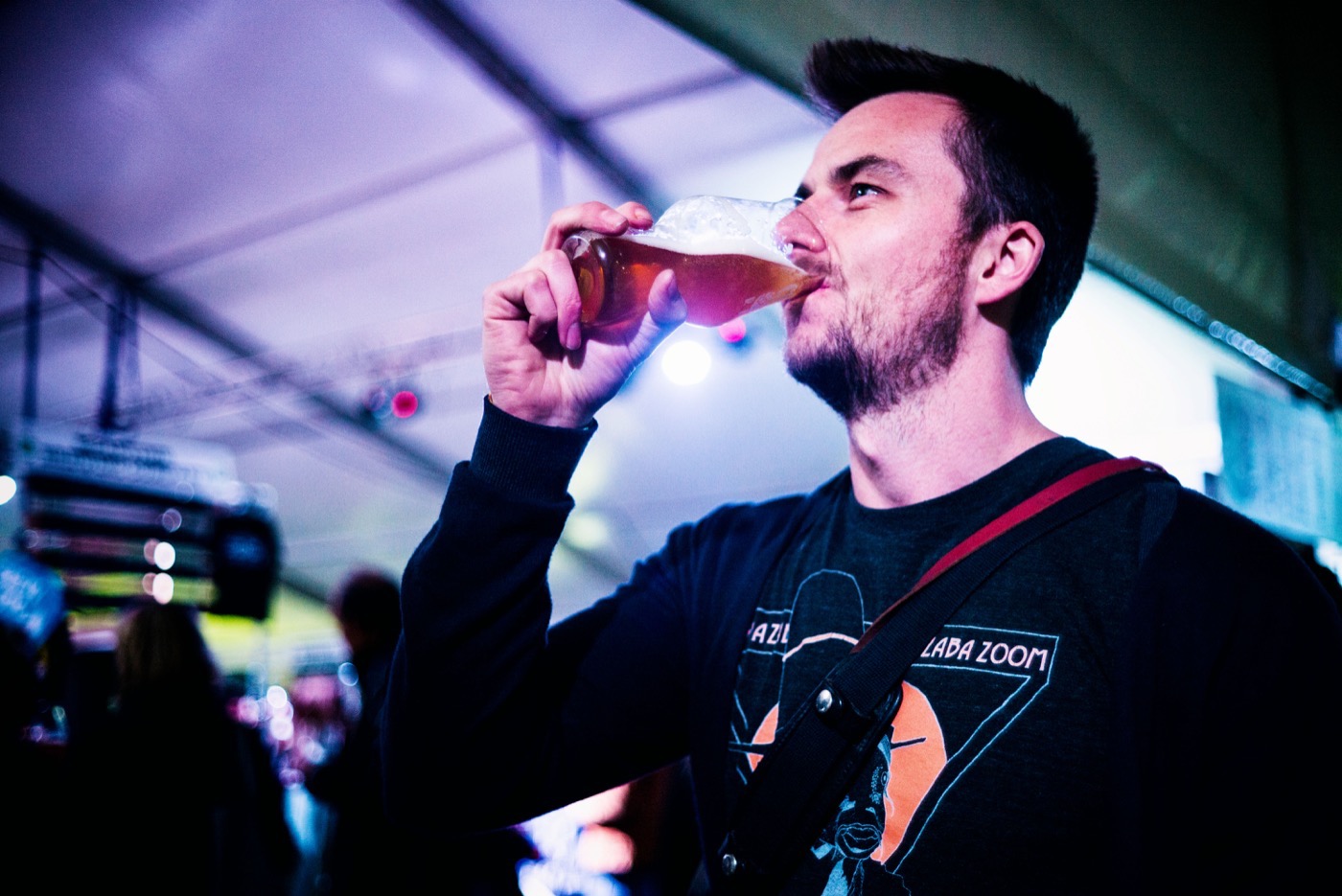 I also discovered a fairly deep scratch in my Leica’s LCD screen in the morning – just to add insult to the injury of a cracked viewfinder window from the previous day. Luckily, it’s just a cosmetic problem, but still pretty annoying. I’ve bought some heavy duty screen protector online since, so hopefully it won’t happen again. 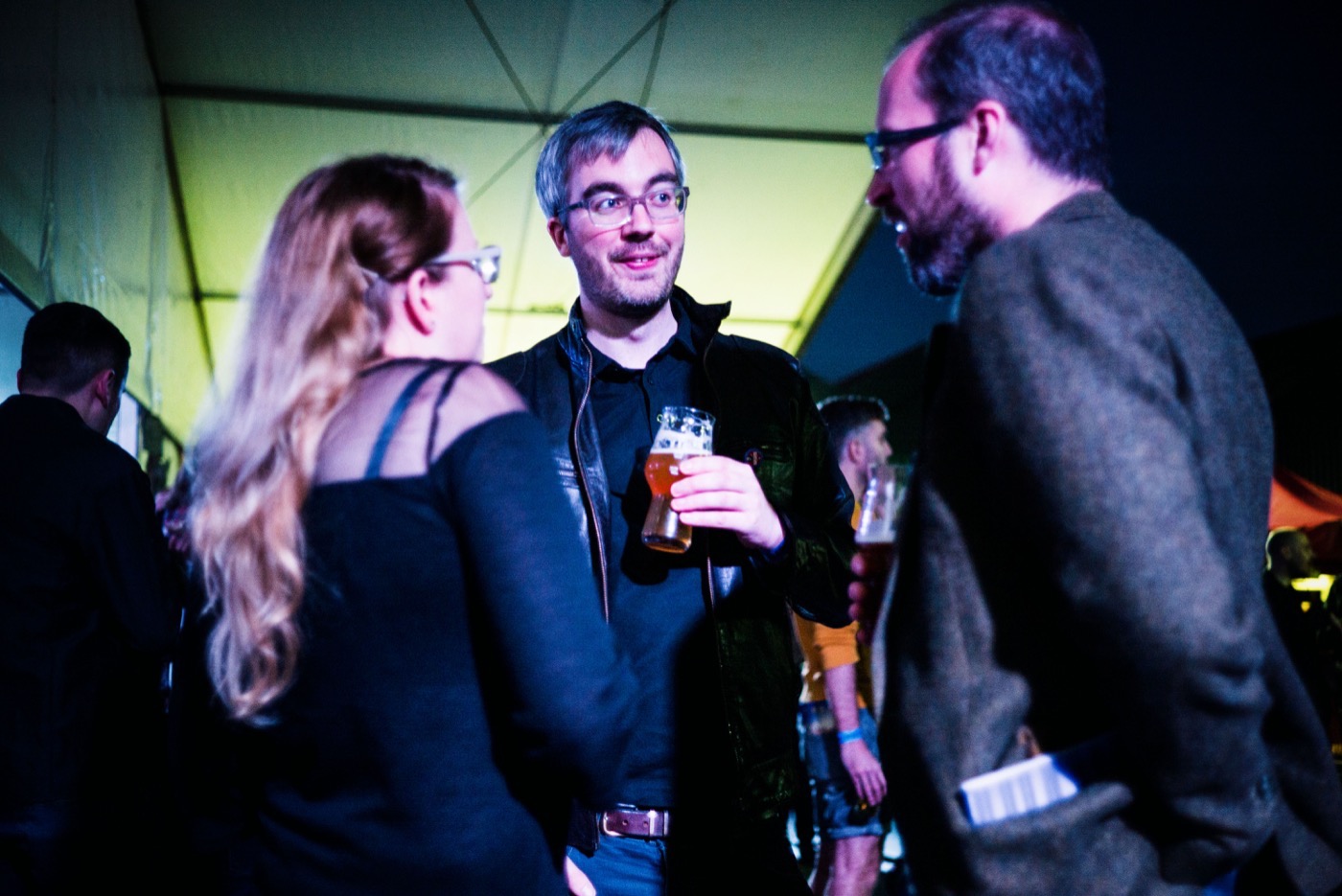 I’ll definitely aim to make it along next year if it reappears for a third time. 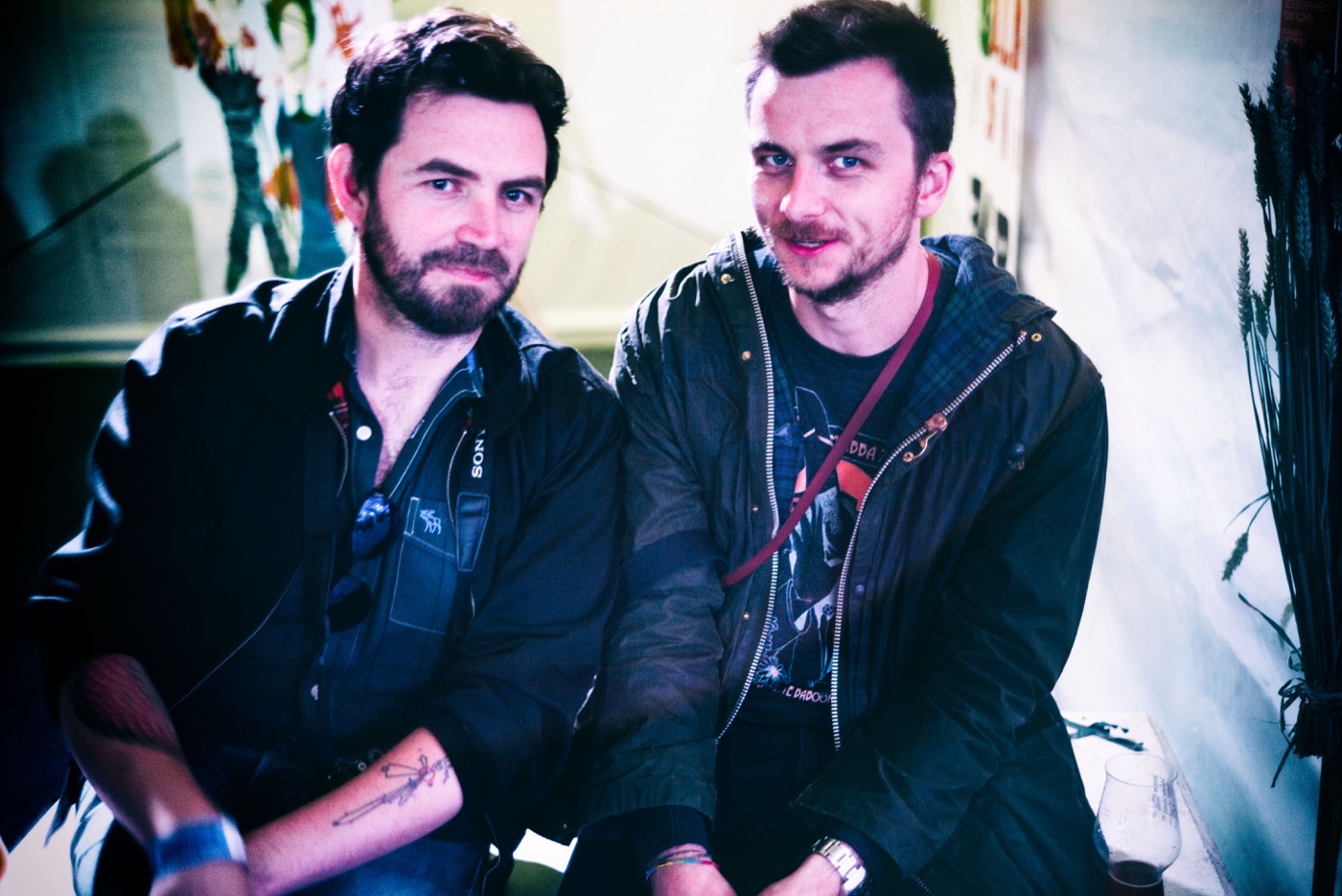