We are finally, properly back in Glasgow after a few months of galavanting around the US of A, Iceland, and then Wales. There are some more travels planned for December, but we are relatively stationary for a week or two.

I still have a blog to write about our time in Reykjavik, but that’ll take a bit more time than I have at the minute; what with all of the lazing around on the couch I plan to do. Did I ever mention that I’ve never watched all of the Star Wars films before? That needs to happen before this new one appears.

Anyway, despite aiming to not get drunk the first weekend we came back, Glasgow is not a city that makes half-hearted aspirations like that easy to stick to. We headed out to the newest Brewdog bar that had opened up in the heart of the Merchant City whilst we were away: the ‘Doghouse’. 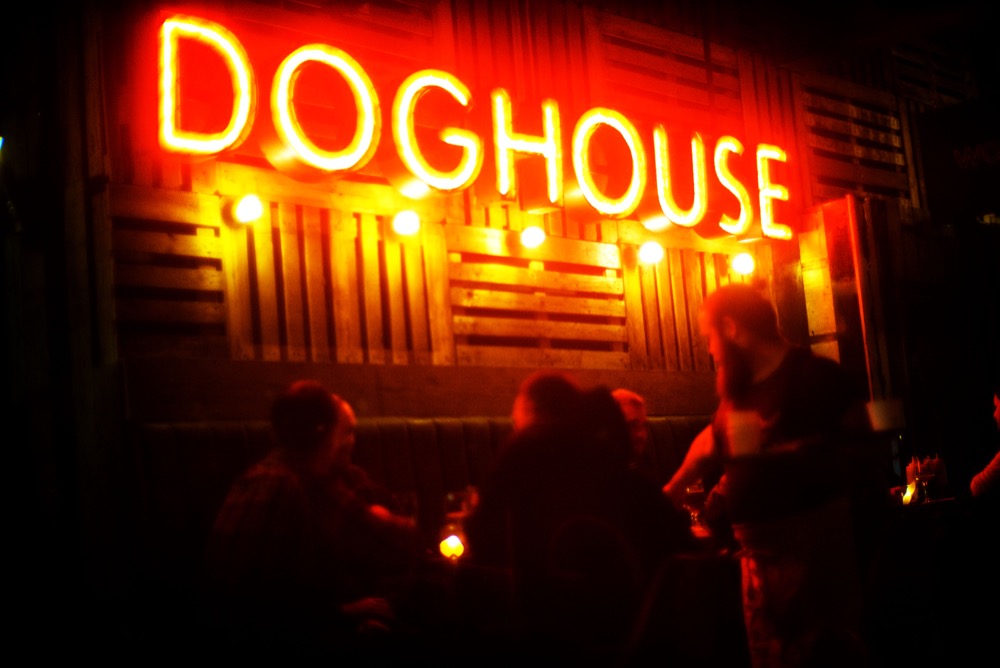 This place is a lot bigger than my usual haunt in the West End, and feels pretty different. There’s much more of a focus on food, and it doesn’t have quite the same homely atmosphere. However, minor things aside, it is actually a really cool bar. 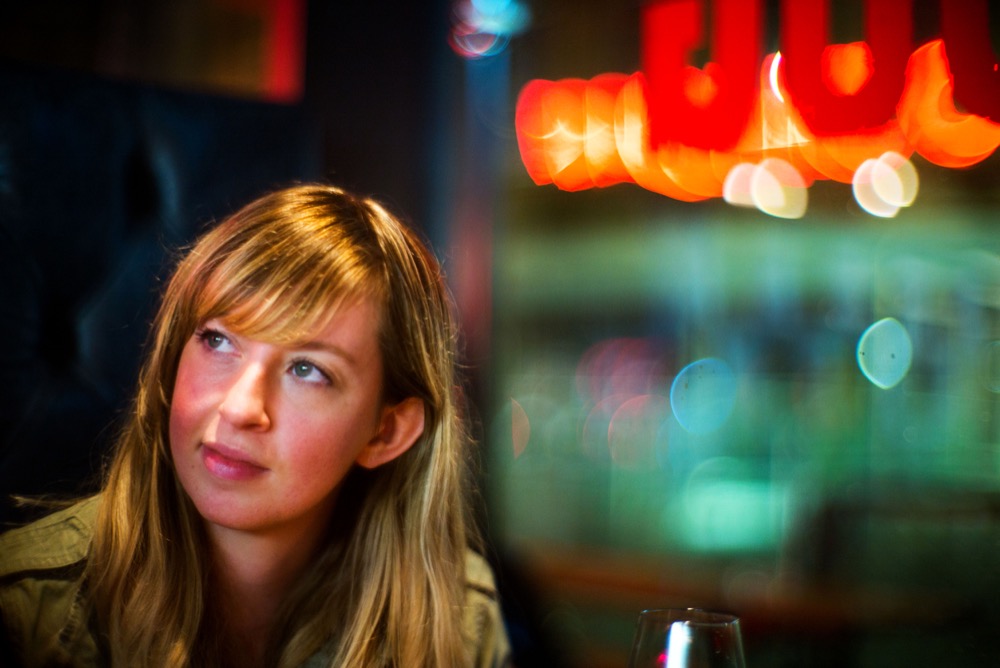 I particularly loved the neon lights, and how the 50mm f0.95/Leica M combo captures them. Al said that any place with neon lights was a winner; a sentiment I can completely get on board with. They just look so fantastic… especially when they aren’t overdone. 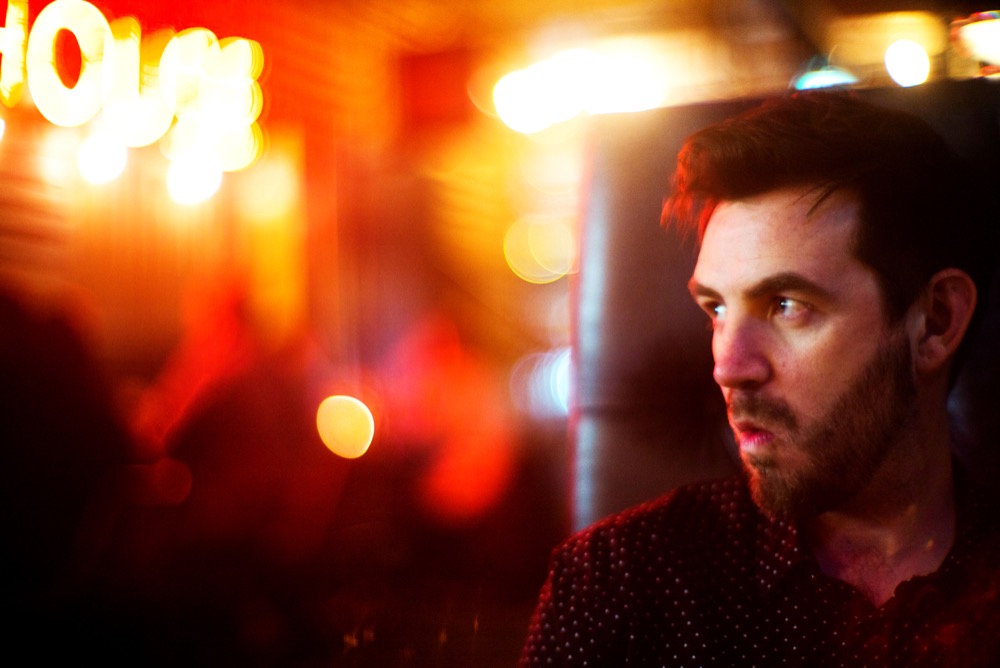 This place wasn’t just a bar, but has a bottle shop attached to it; complete with a whole host of unusual beers that you’d be hard pressed to find anywhere in Glasgow – and almost impossible to find in the City Centre.

I wonder how much of the decision to open this place was directly in response to the opening of the Drygate brewery up in the beginnings of the East End. Either way, there’s been a sore lack of dedicated craft beer pubs in the centre, so this is a welcome addition. 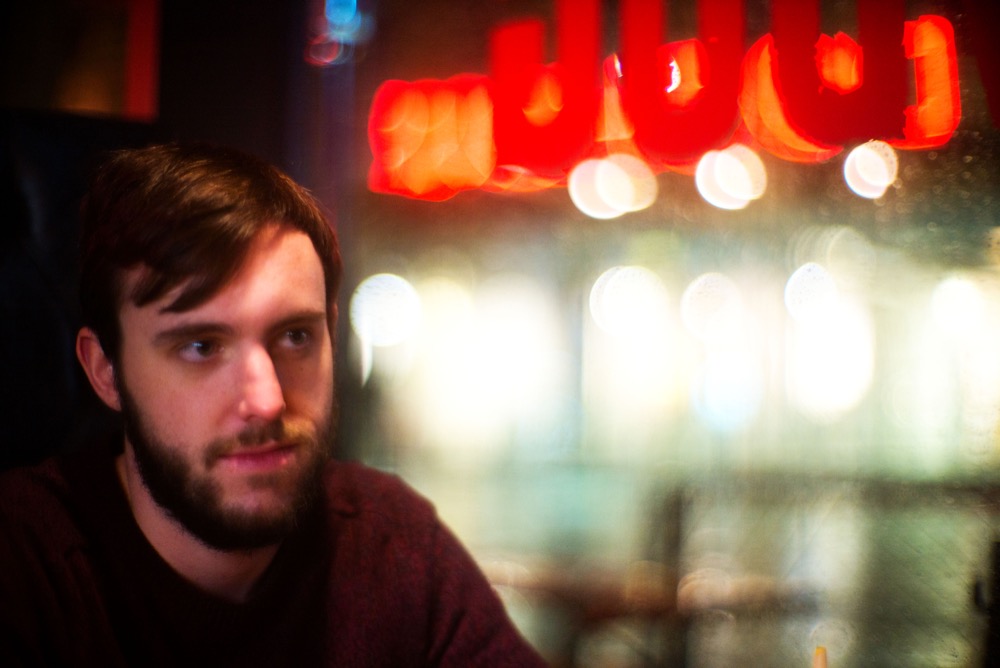 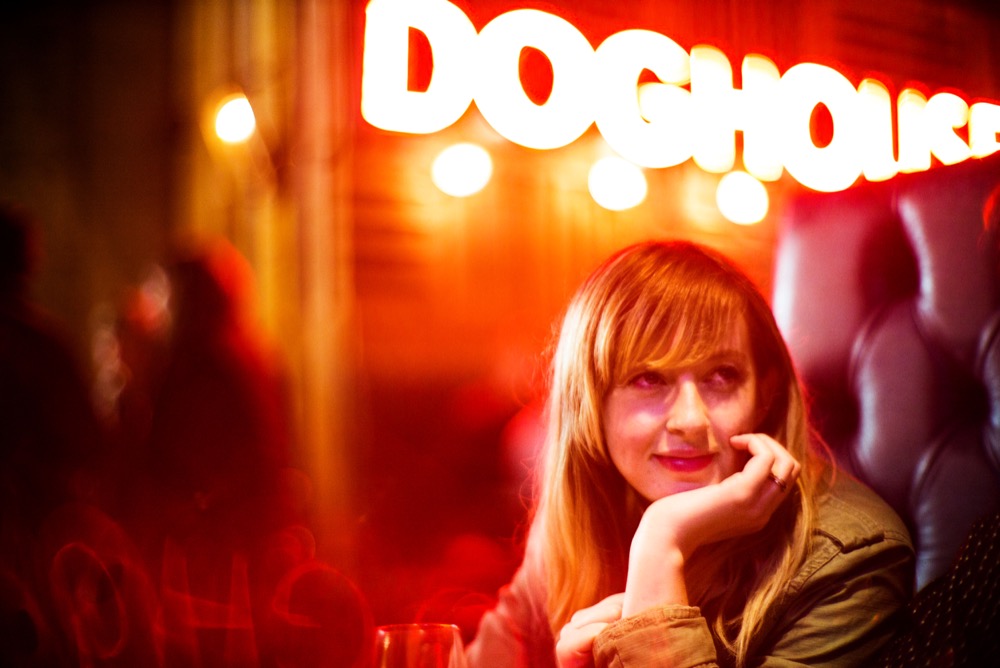 There was, predictably, a fair amount of camera chat. 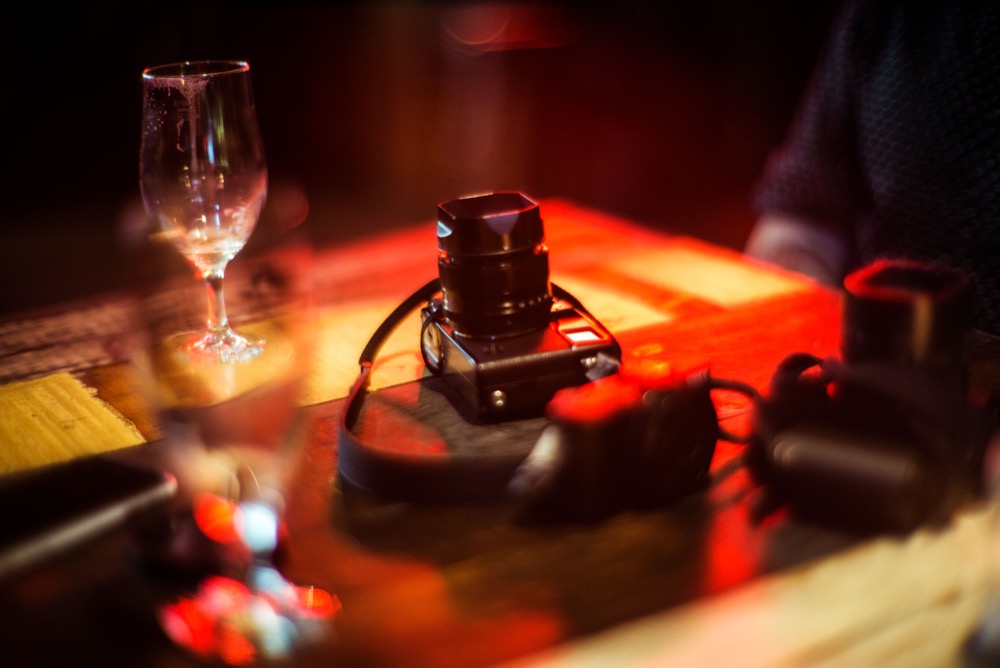 It may be one of our last chances to get pished with Gordon in a while, as him and Roberta are about to have a baby, and run away to the sun in France sometime soon. God speed. There’s not really any photos of him as we were on the same side of the table. Sorry Gordo. 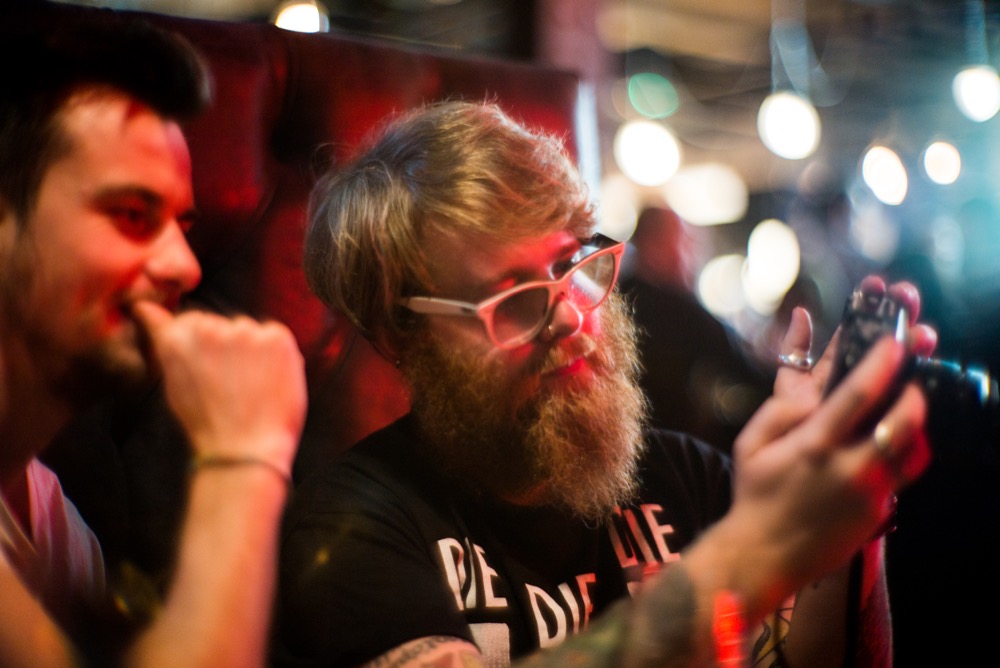 Just look at those lights. Looks like my UV filter was flaring a bit, resulting in the letters appearing in the bottom in a swirly fashion, which looks pretty cool. 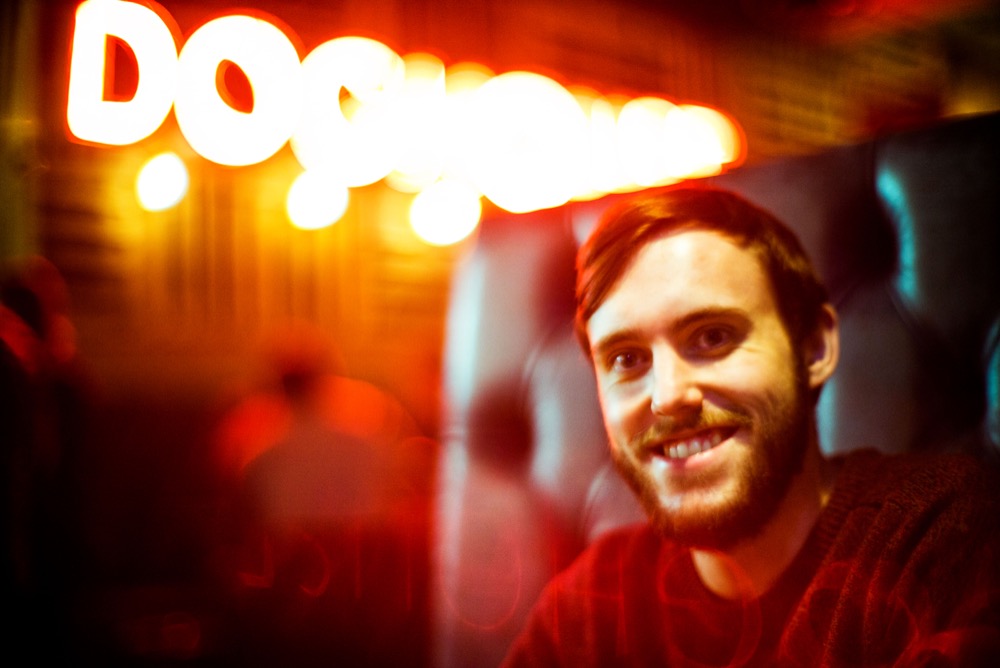 Al spun us some story about how he was going to Edinburgh early the next day and didn’t want to be hungover, so we should arrange to meet up early and just have a few drinks – to avoid being up ridiculously late. As a result, we headed in at 4.30.

I’m not sure why we keep agreeing to this as a good plan, since the round system meant that we had had at least a good five or six super-strength beers each whilst we were there, and then headed back to Al’s to demolish more beers and a ridiculous amount of spirits. The more I think about it, the more I think that this might just all be a cunning ruse by him to get us out to drink for longer. 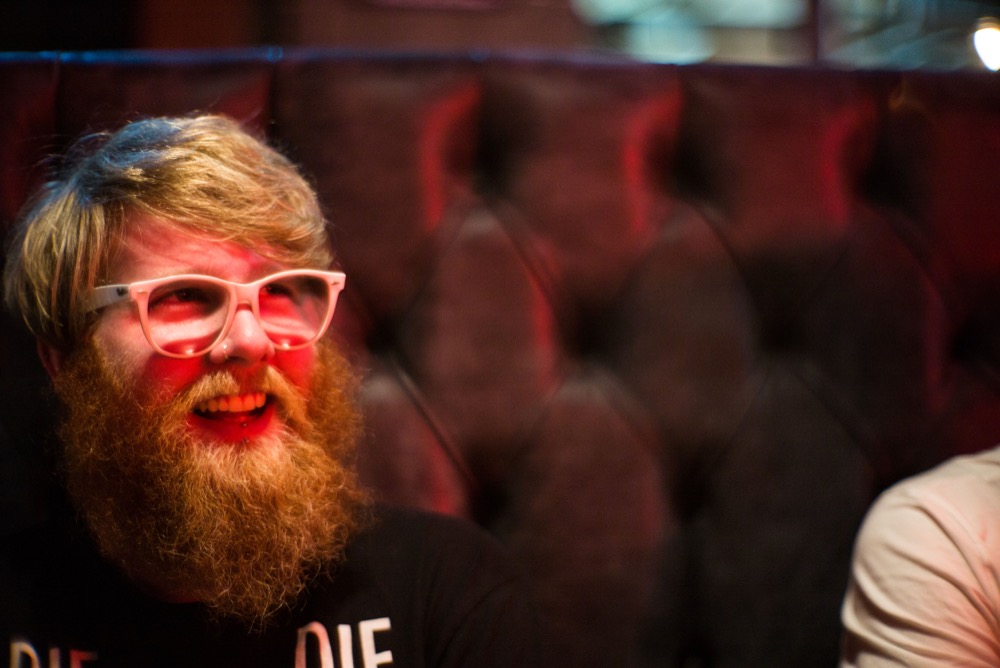 Anyway, I’m not sure whether or not this new place will replace the West End Brewdog as my preferred destination, but there’s no doubt we’ll be back fairly soon. 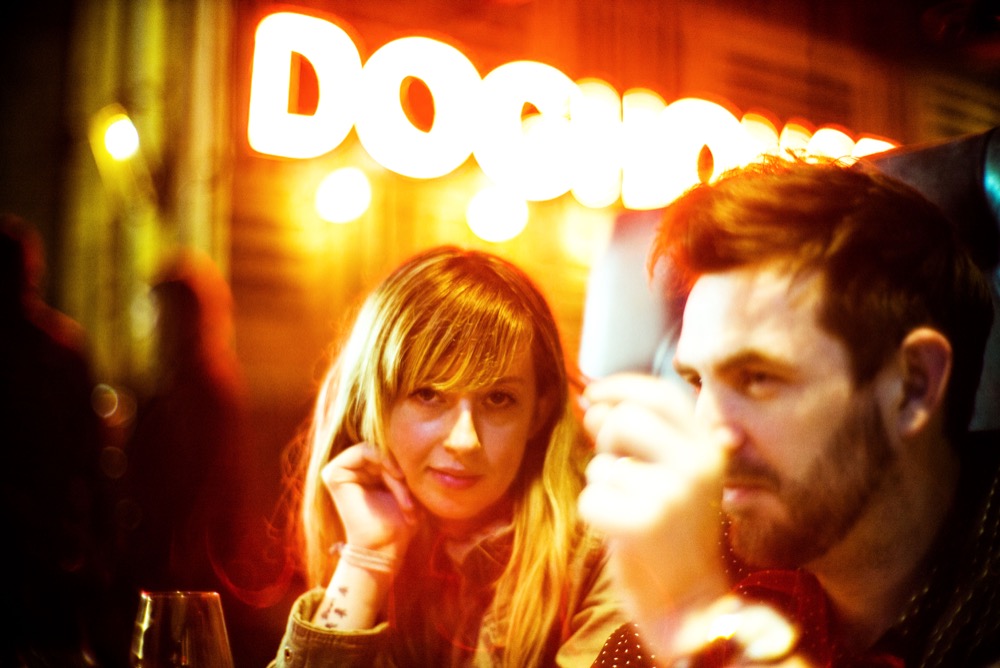