After our trip to Brussels last December, we headed down to Amsterdam to spend Christmas with my parents. I hadn’t realised quite how close the two cities were, so we ended up ditching the ridiculous original plan to fly back to Scotland and then back out in the space of a few days, and instead opted to get the train, and arrive a few days early. Crossing into a completely different country in just a couple of hours, and by rail was a pretty cool experience. 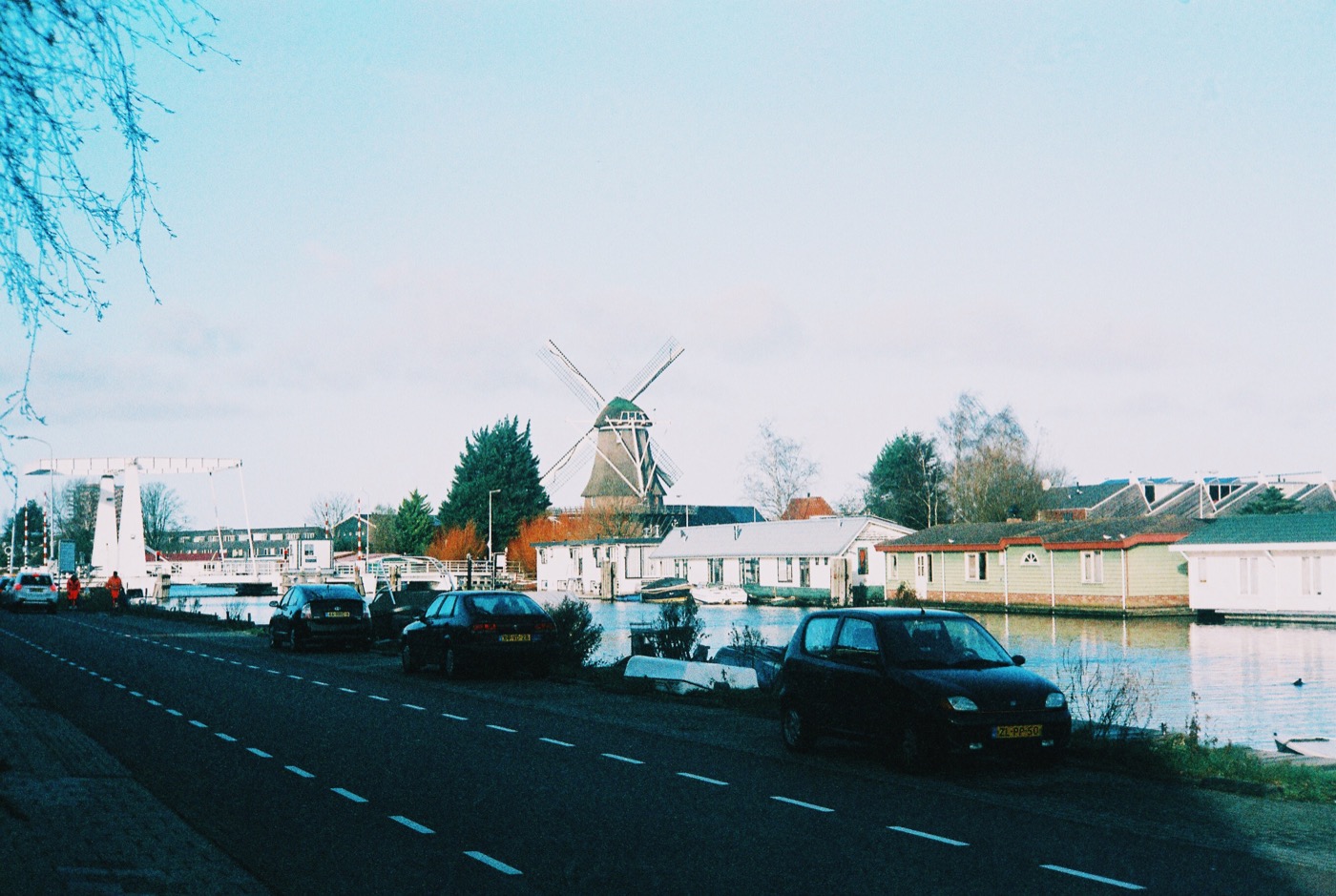 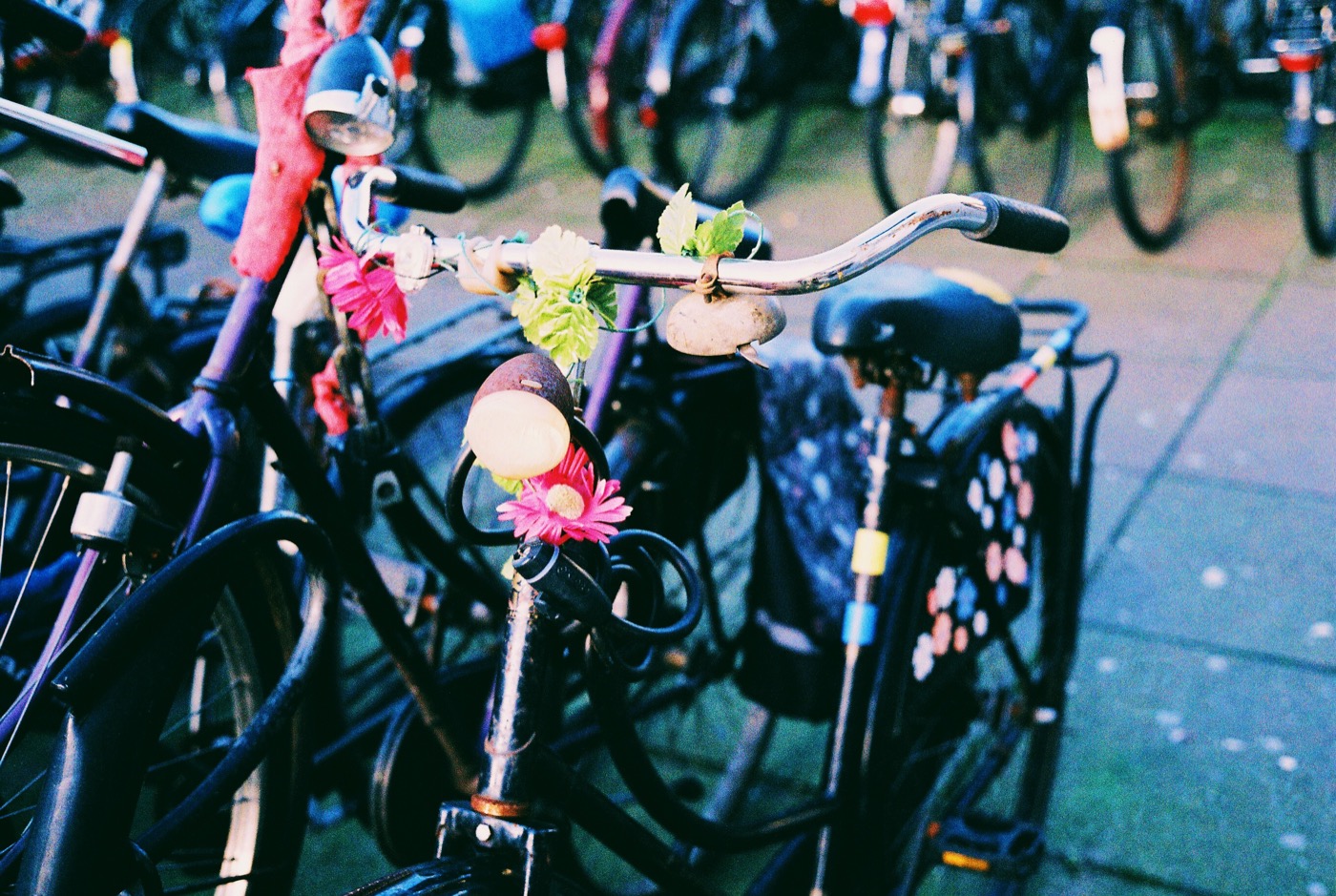 Bikes, bikes everywhere. Bikes as far as the eye can see. 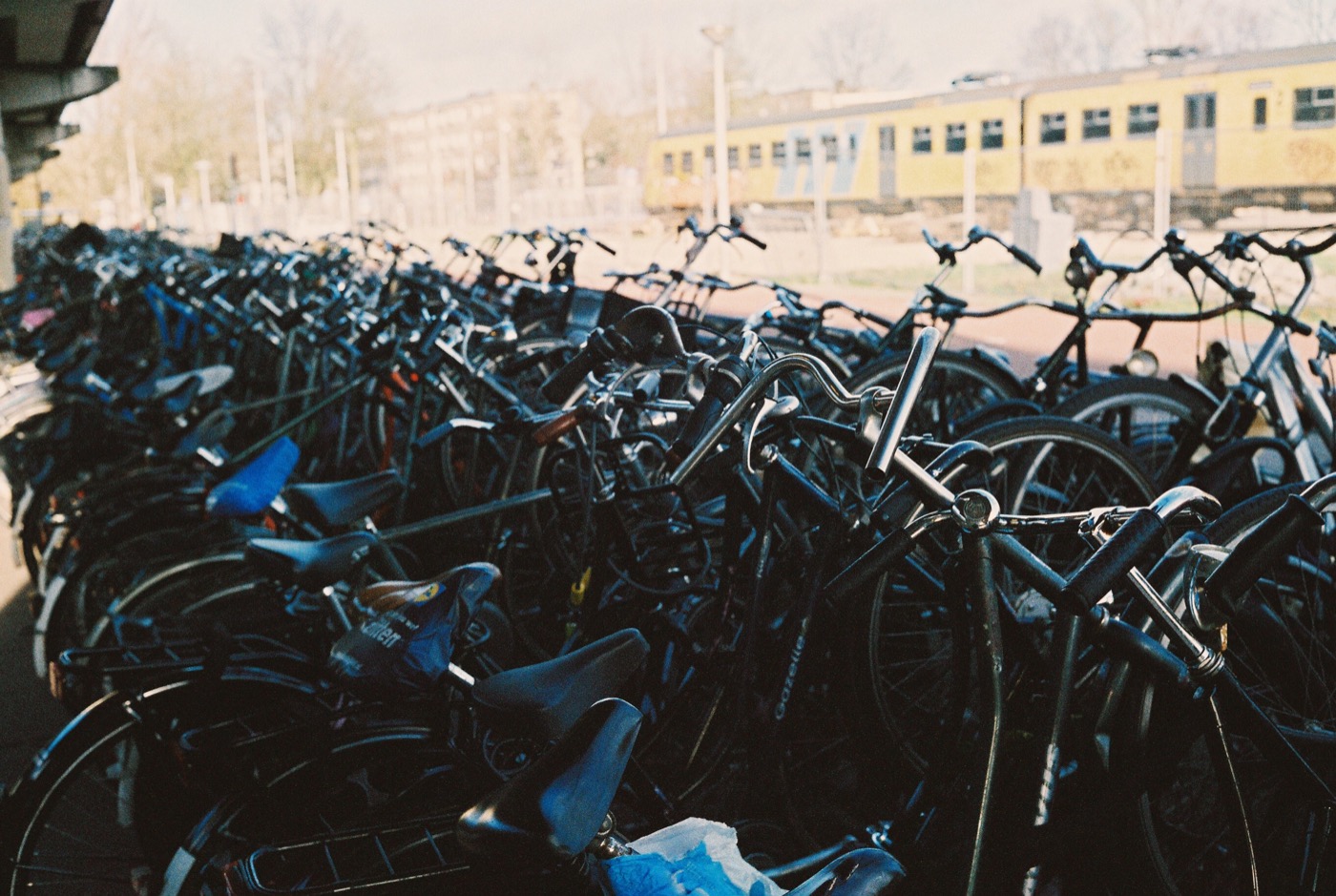 These are some geese that wander around near my parents’ house. I’ve not had a good history with geese. 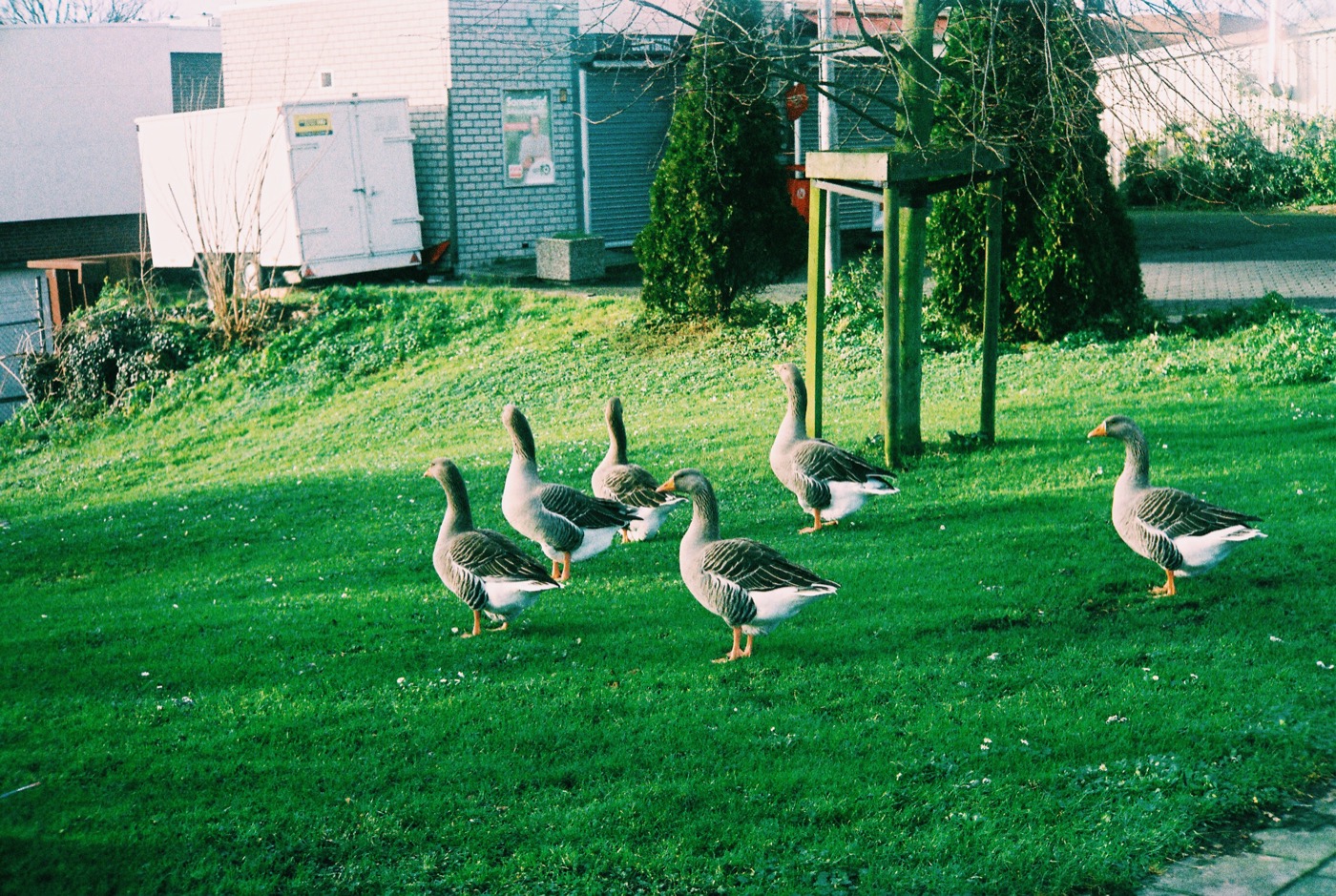 Wandering around the city in the winter time was pretty cool, even though the Christmas markets we came across didn’t have a patch on Brussels’. 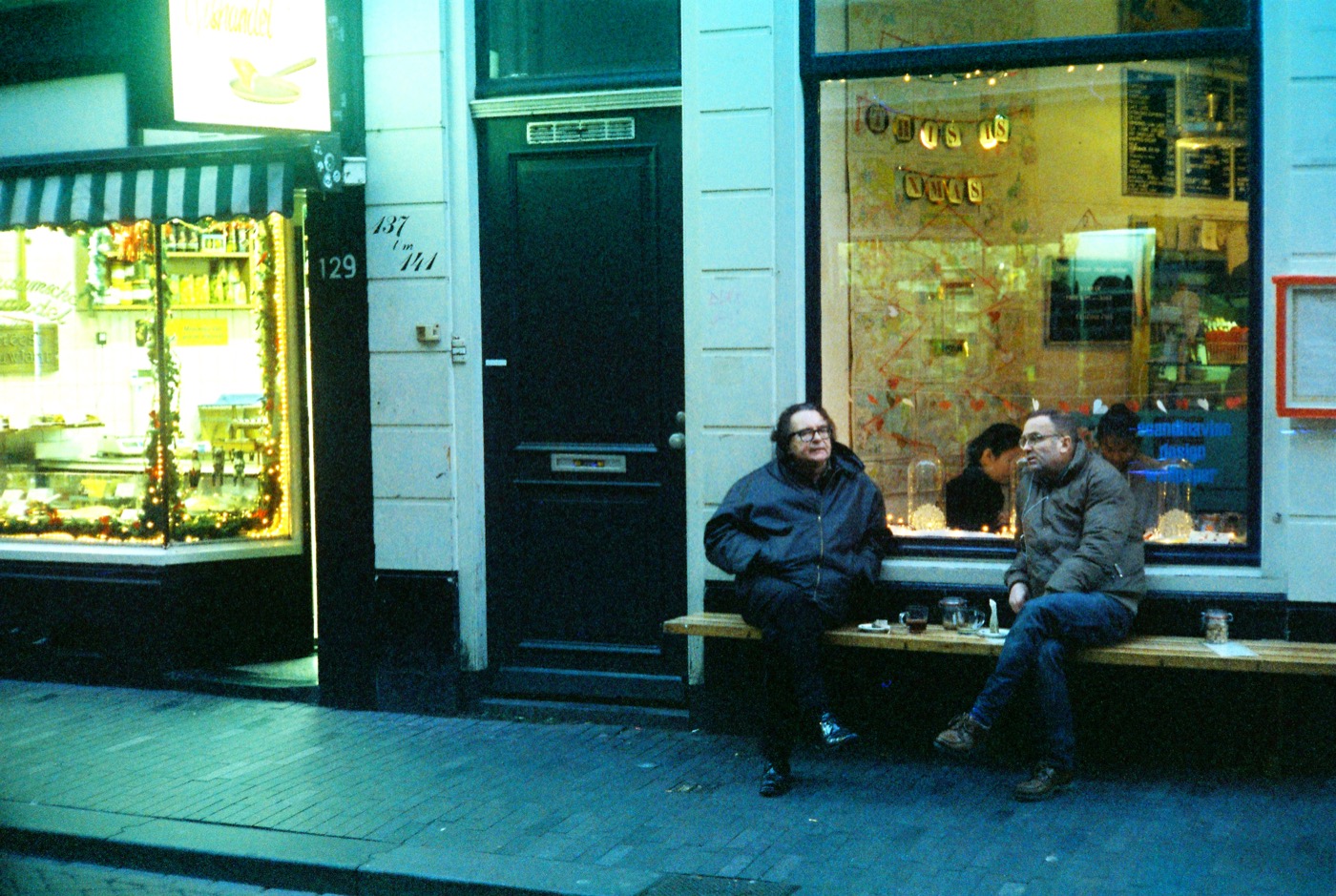 I liked the swan floating down the canal in the red light district. 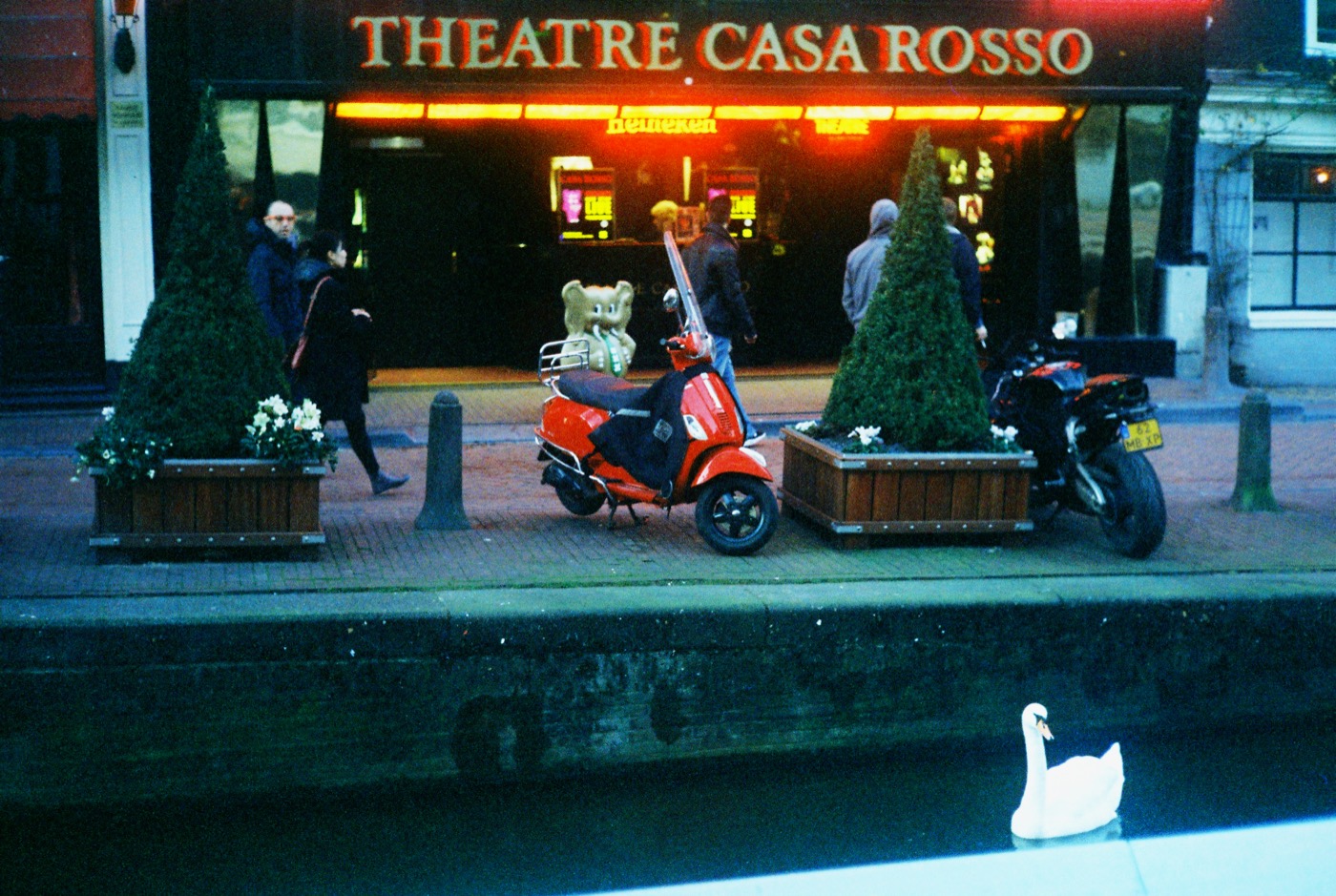 My sister had flown out to join the party, and we found a pretty cool cafe in the centre with some neon. I am a sucker for a good neon sign. 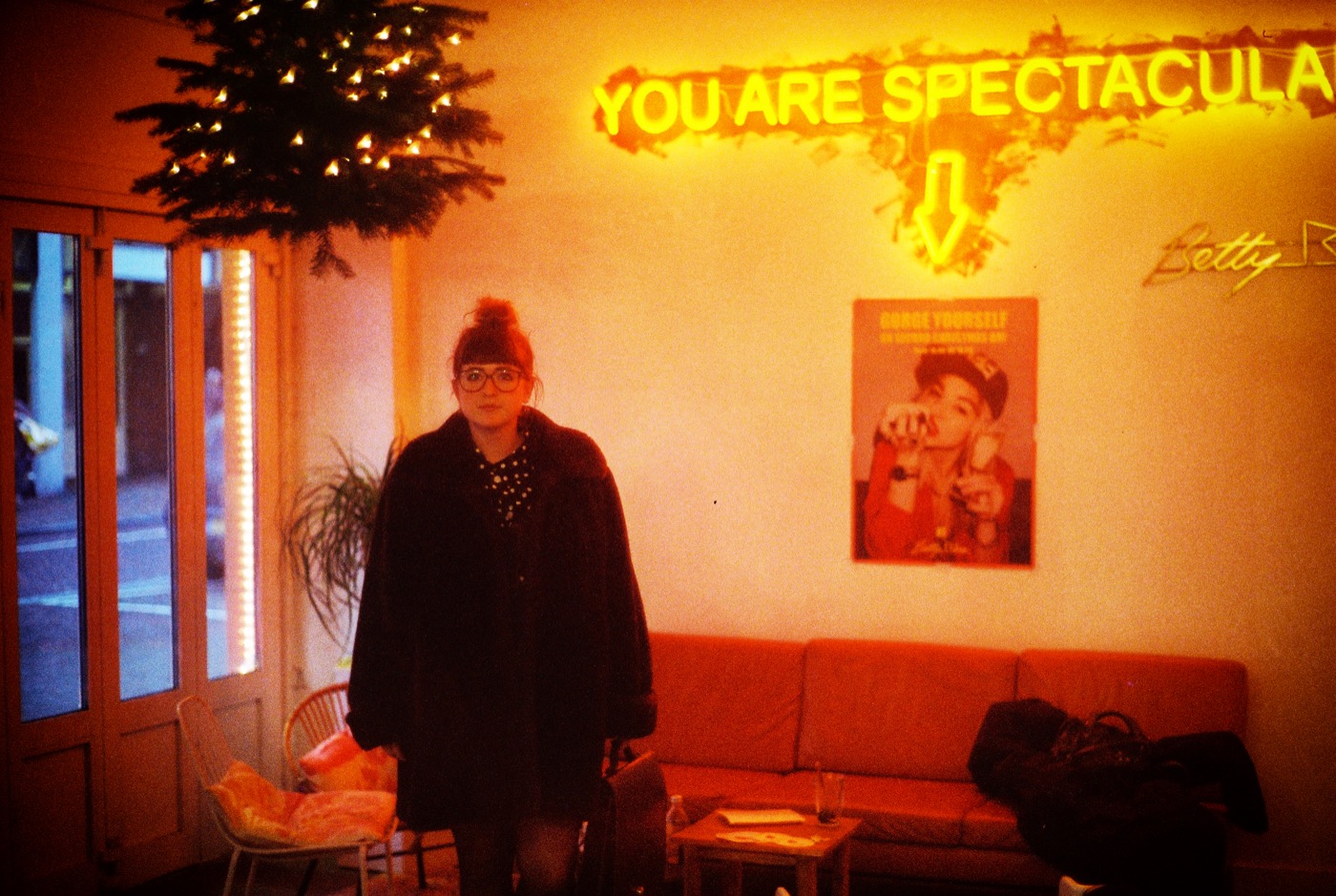 I tested out some Cinestill 800T – my first roll of the popular film that was originally designed for the motion picture industry. It’s easy to see why people like it so much; the colours come out beautifully – especially in unnatural light. 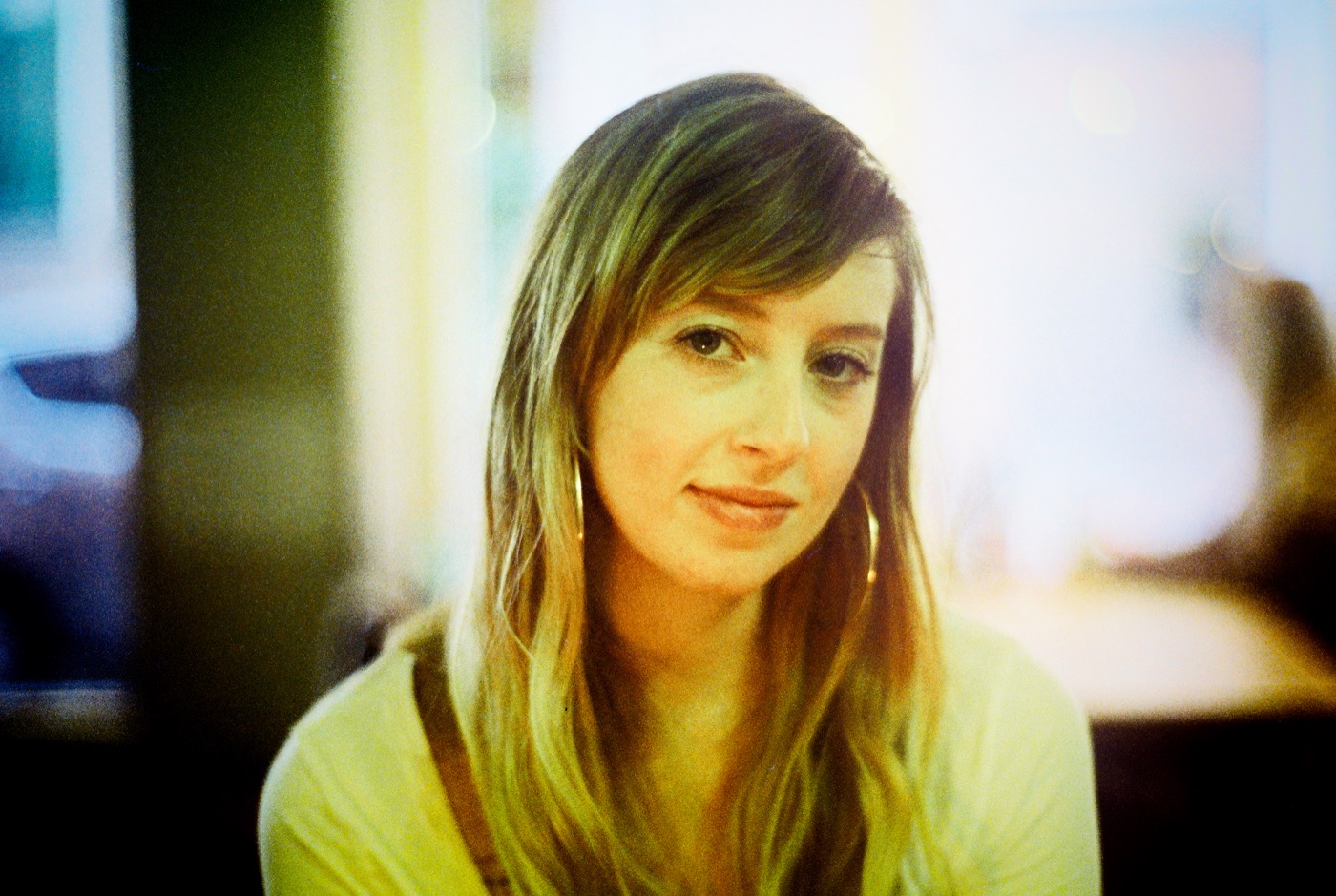 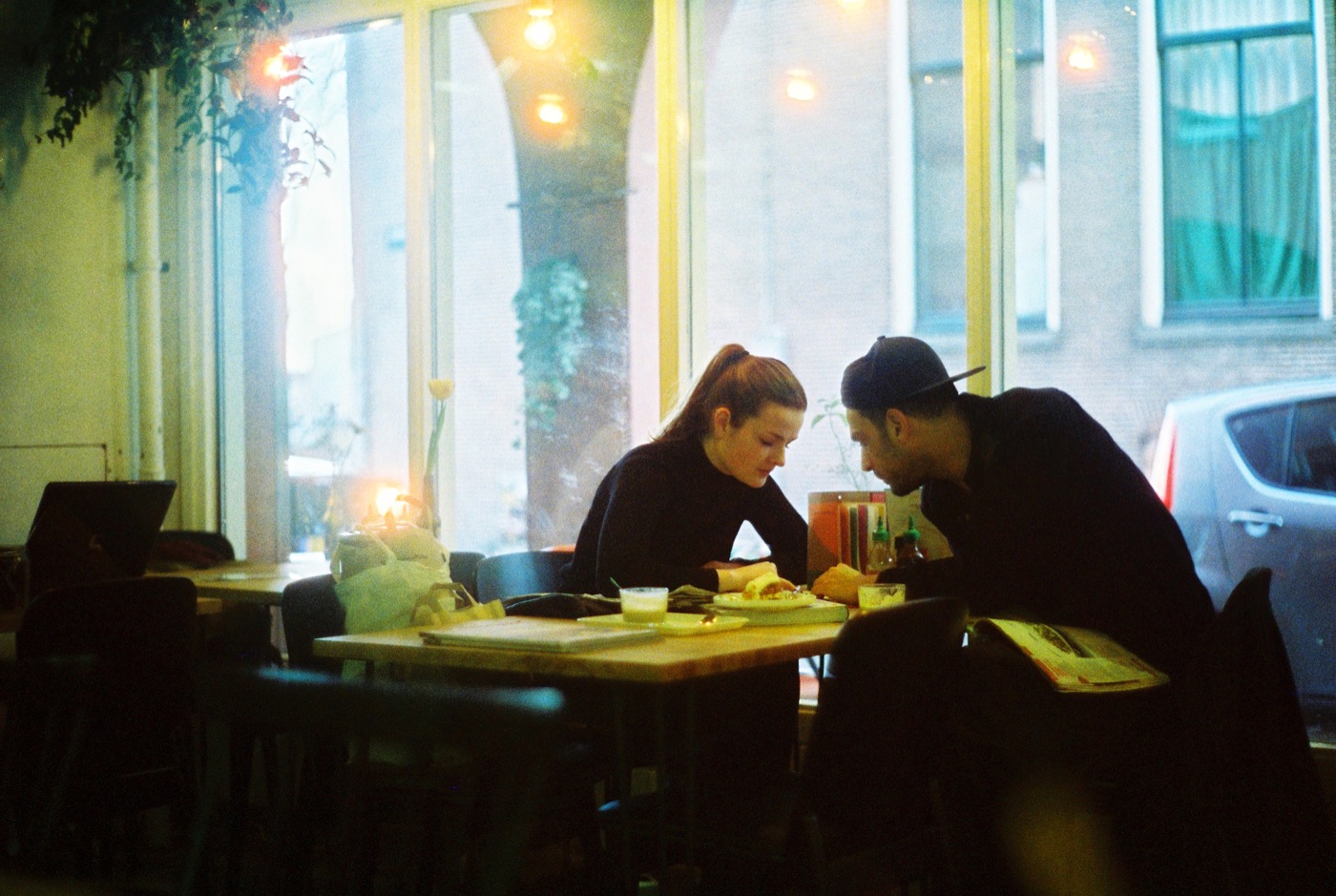 I’m going to have to get some more of this stuff before we go to Japan in October. It’s awesome coupled with a shallow depth of field. Just a shame that each roll costs about ten quid at the cheapest! 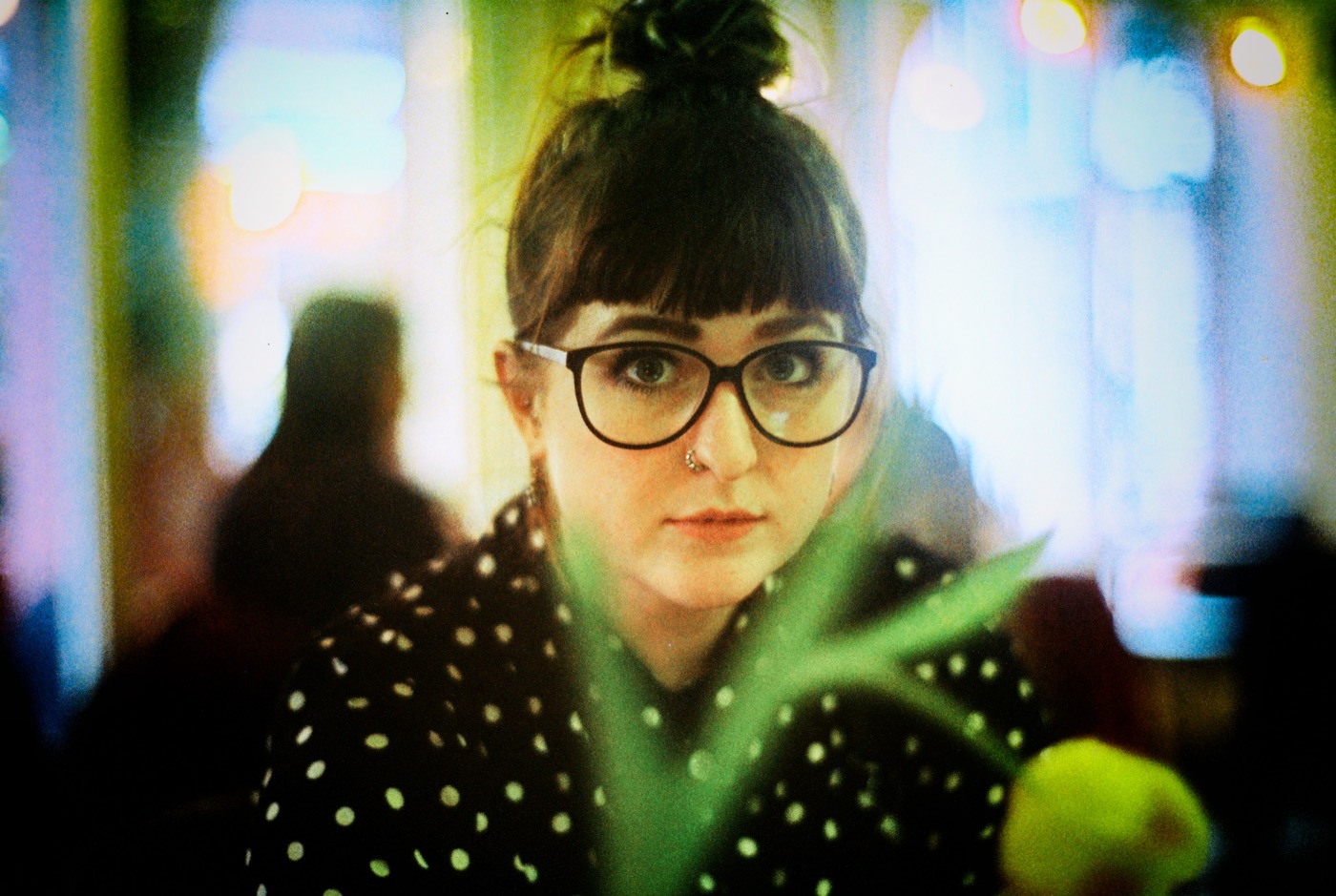 We took a day trip down to Utrecht while we were there – which was a relatively short train journey away. 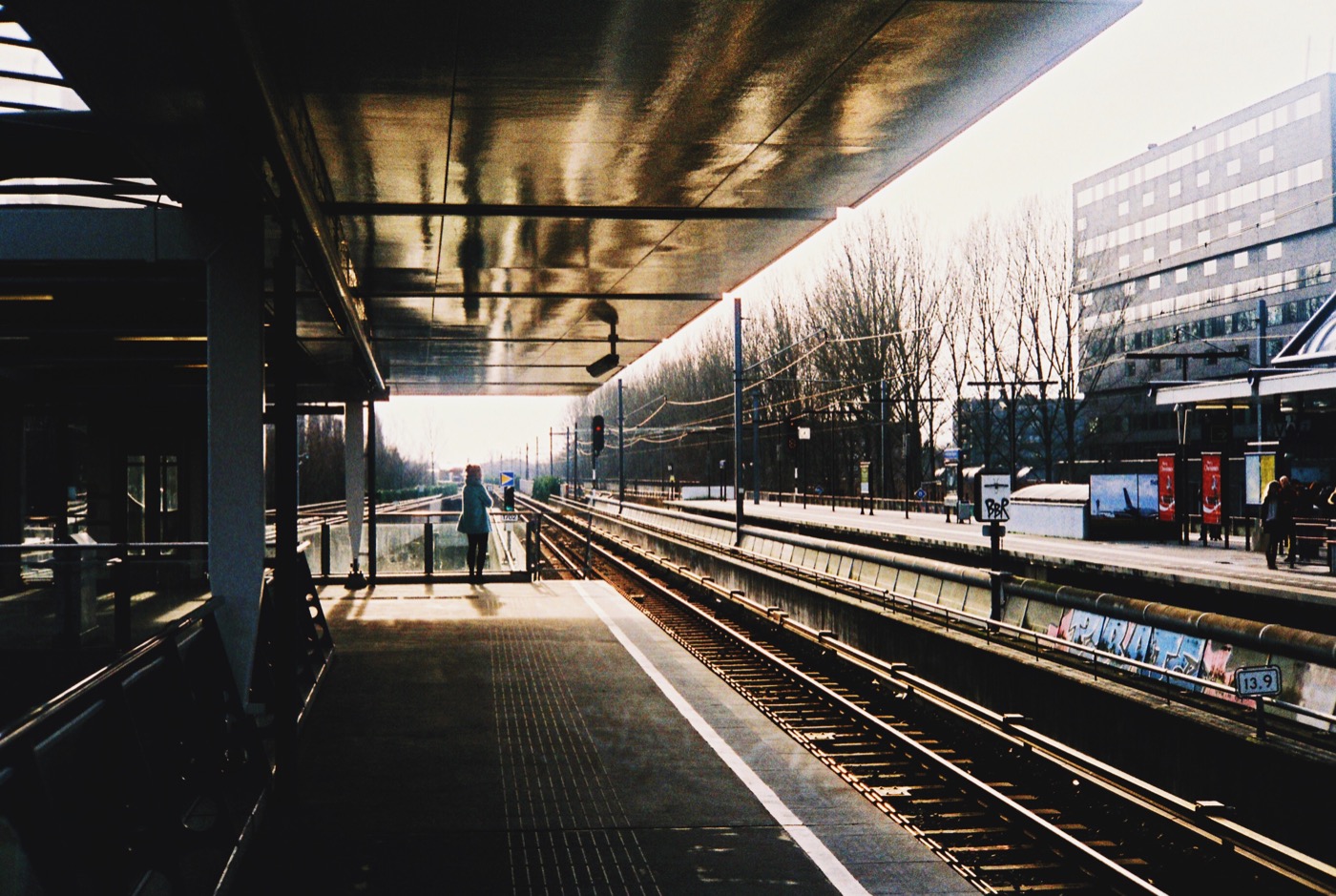 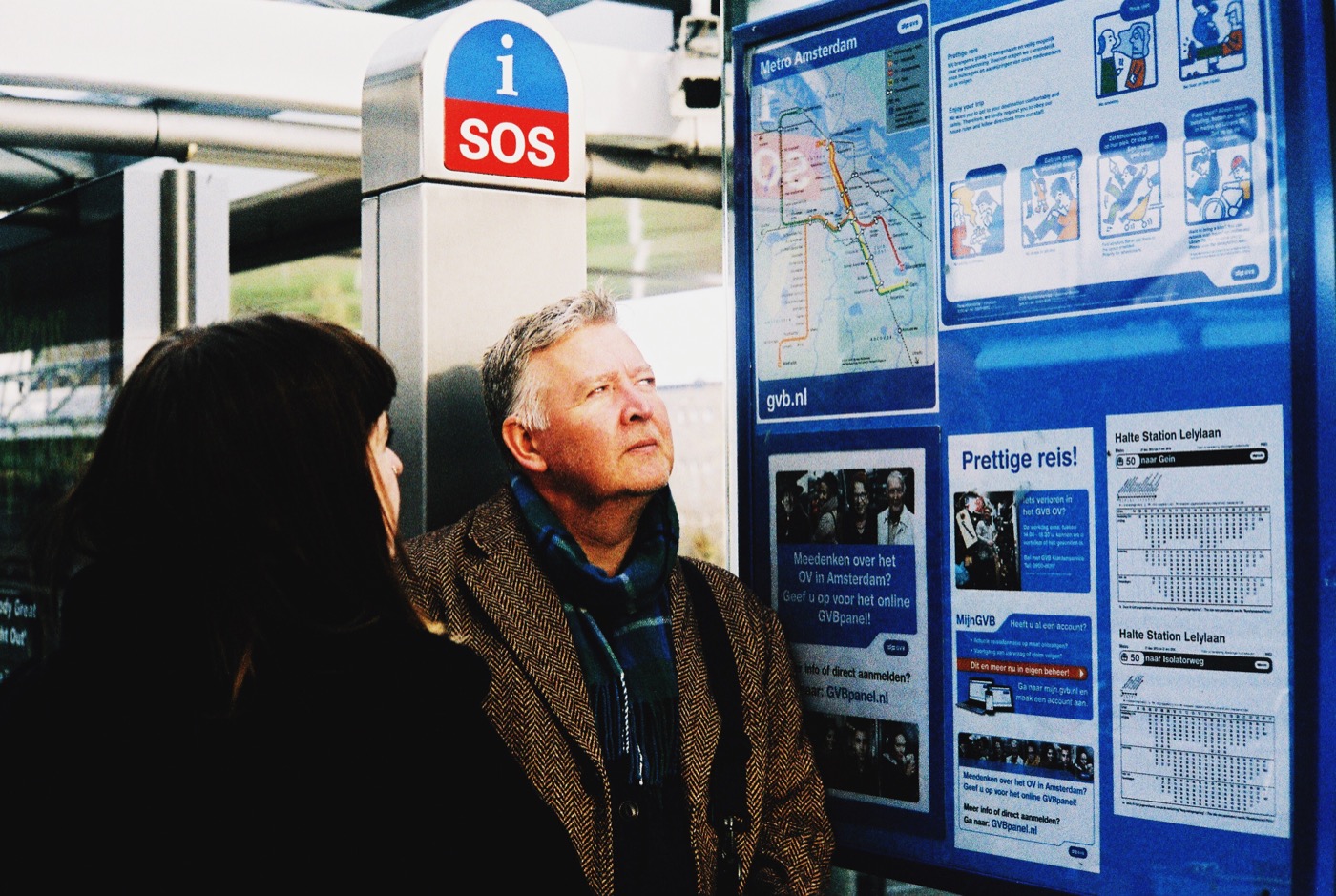 Utrecht is a much smaller city than Amsterdam, and has a lot less tourists… or at least a lot less of the stag do kind, and more of the quieter, coffee drinking kind. 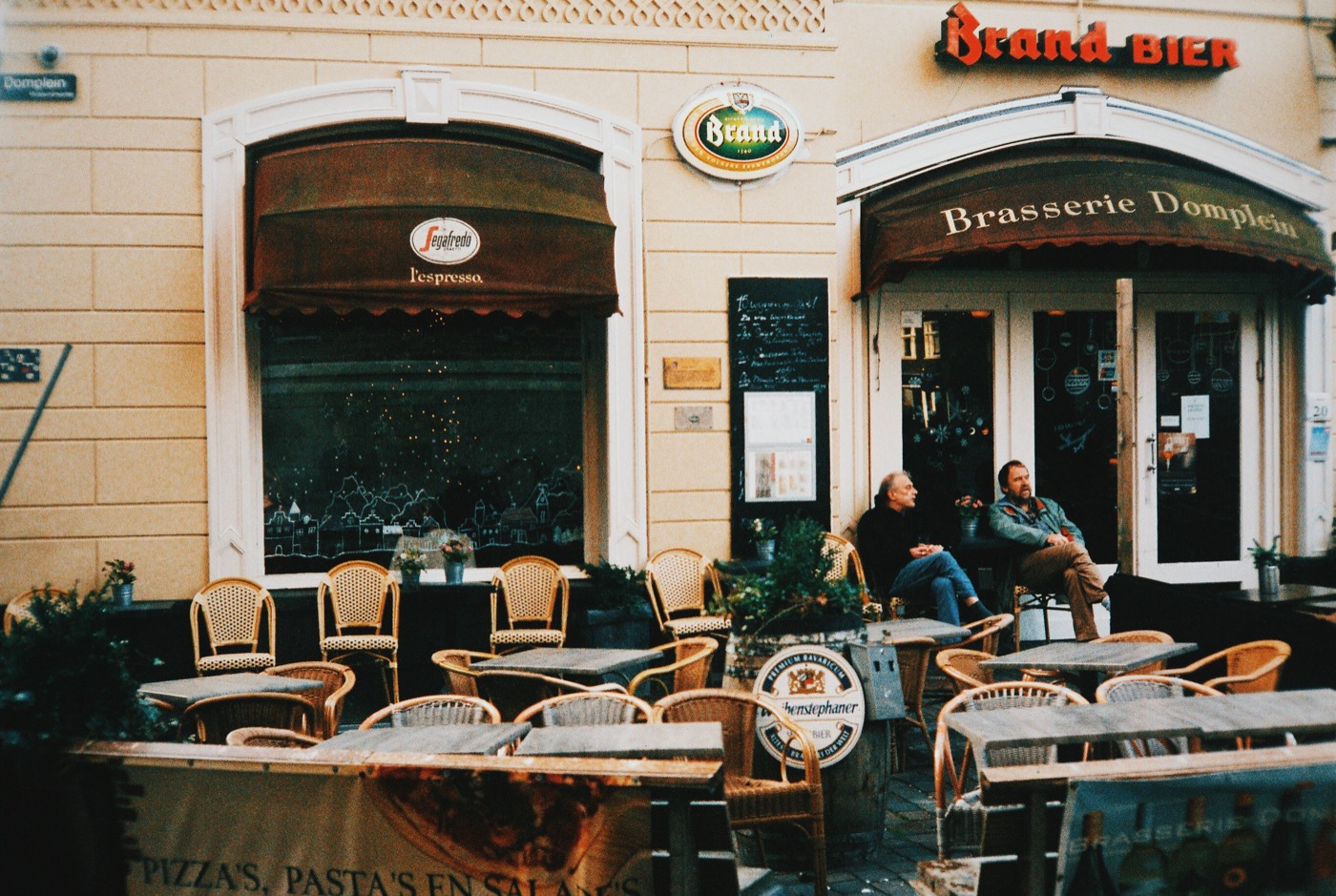 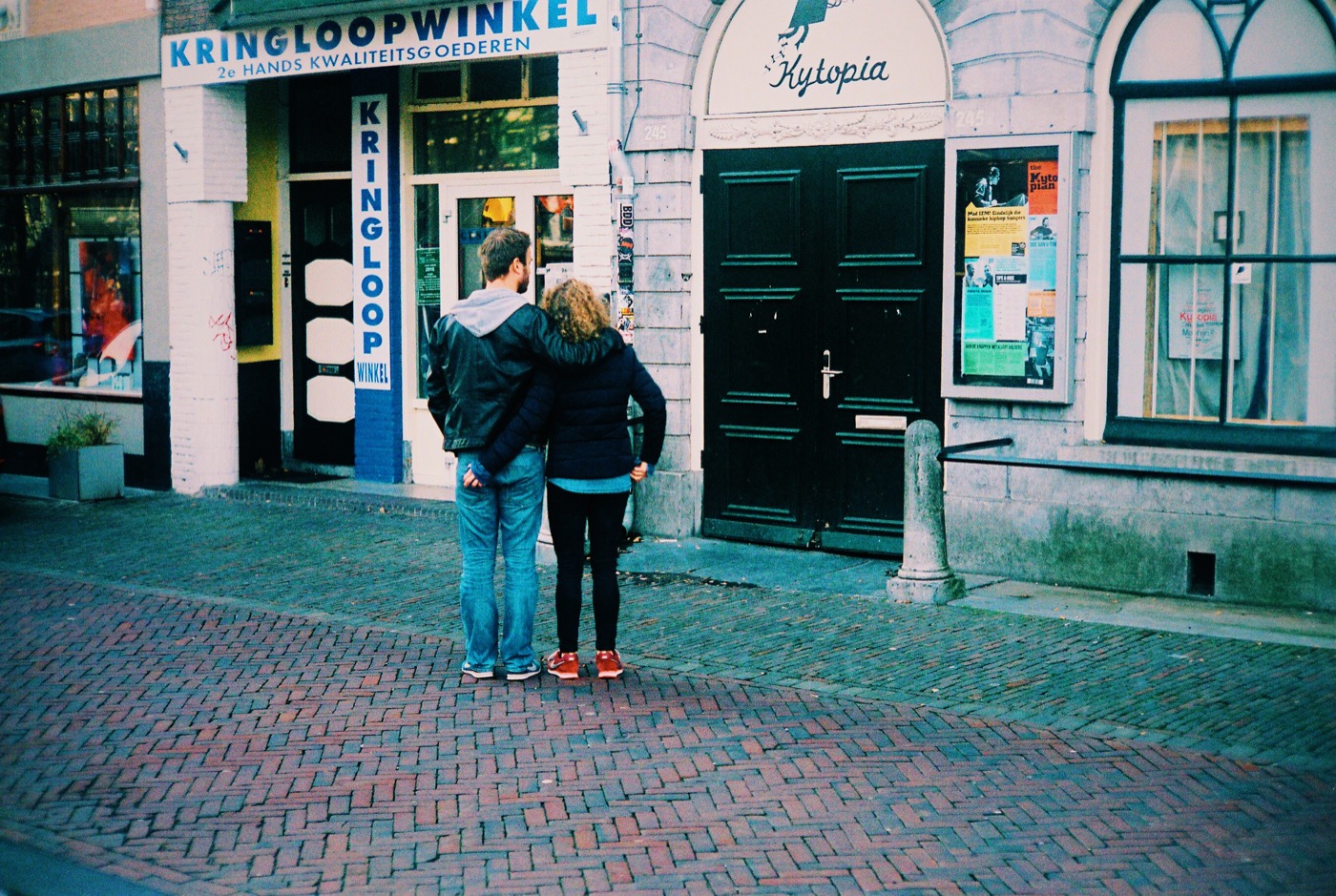 We didn’t expect to find another branch of Mannekin Pis chips down near… Apparently the favourite Belgian chip shop in the Netherlands. 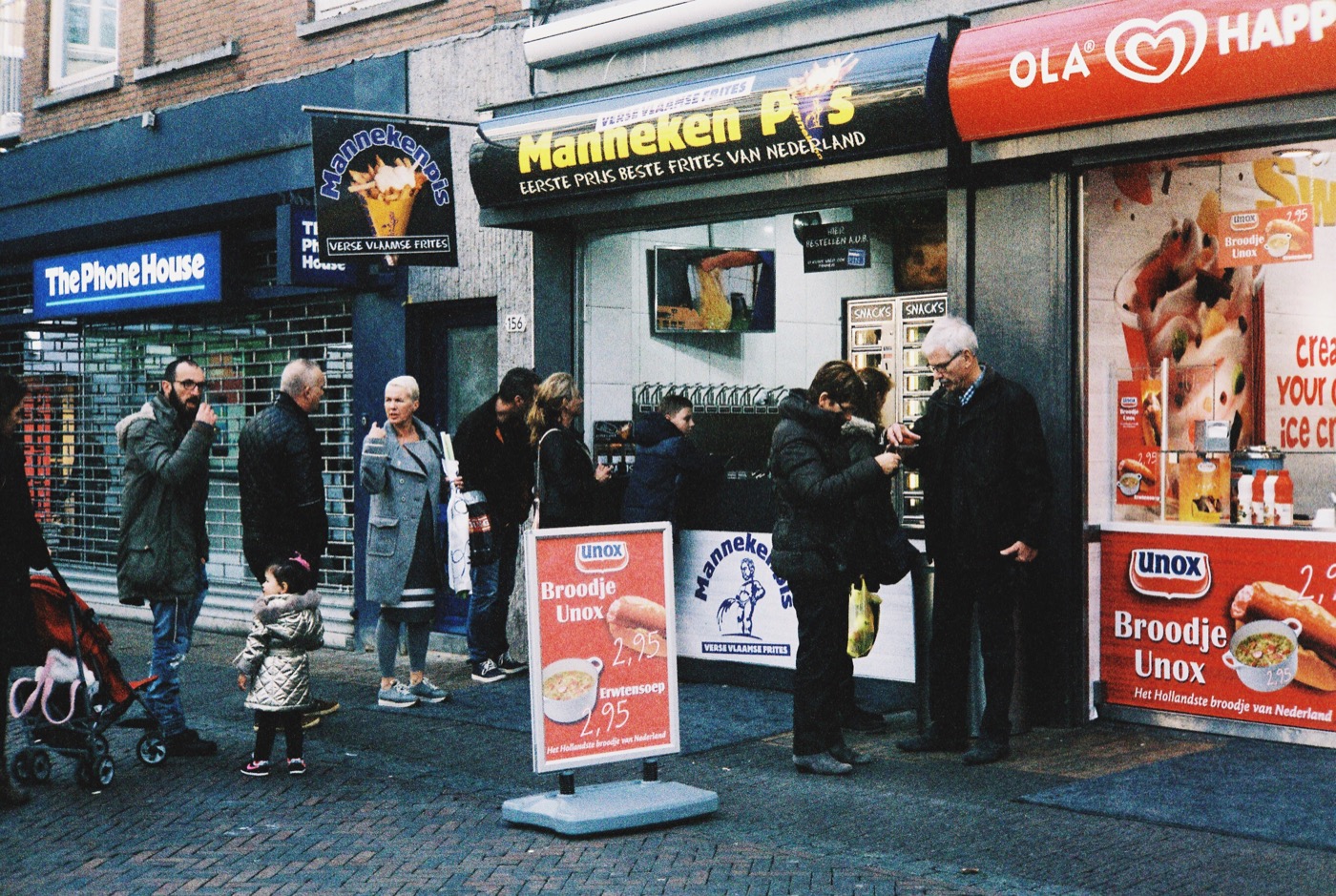 The main ‘street’ sits alongside a long canal, which looked particularly nice in the winter. 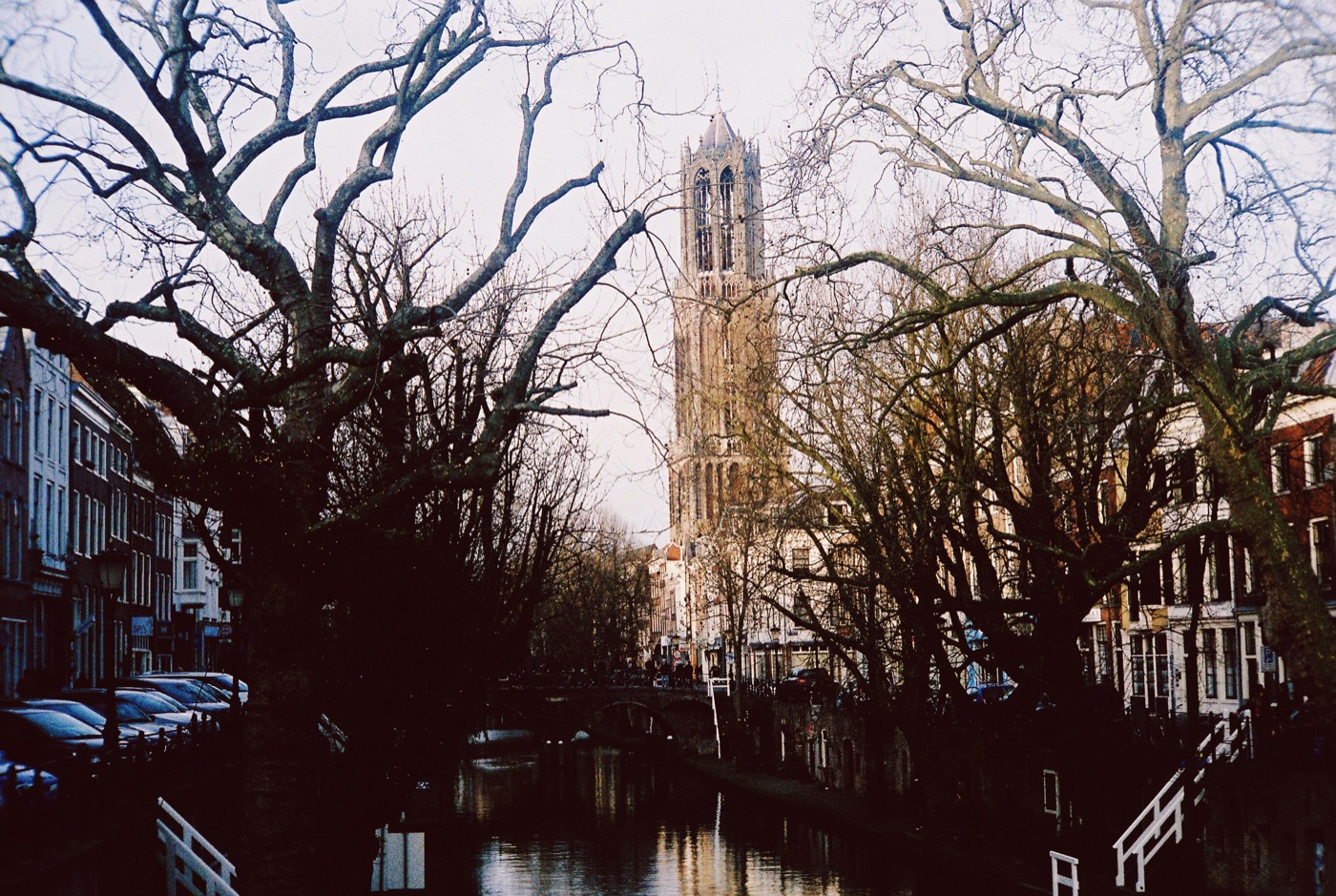 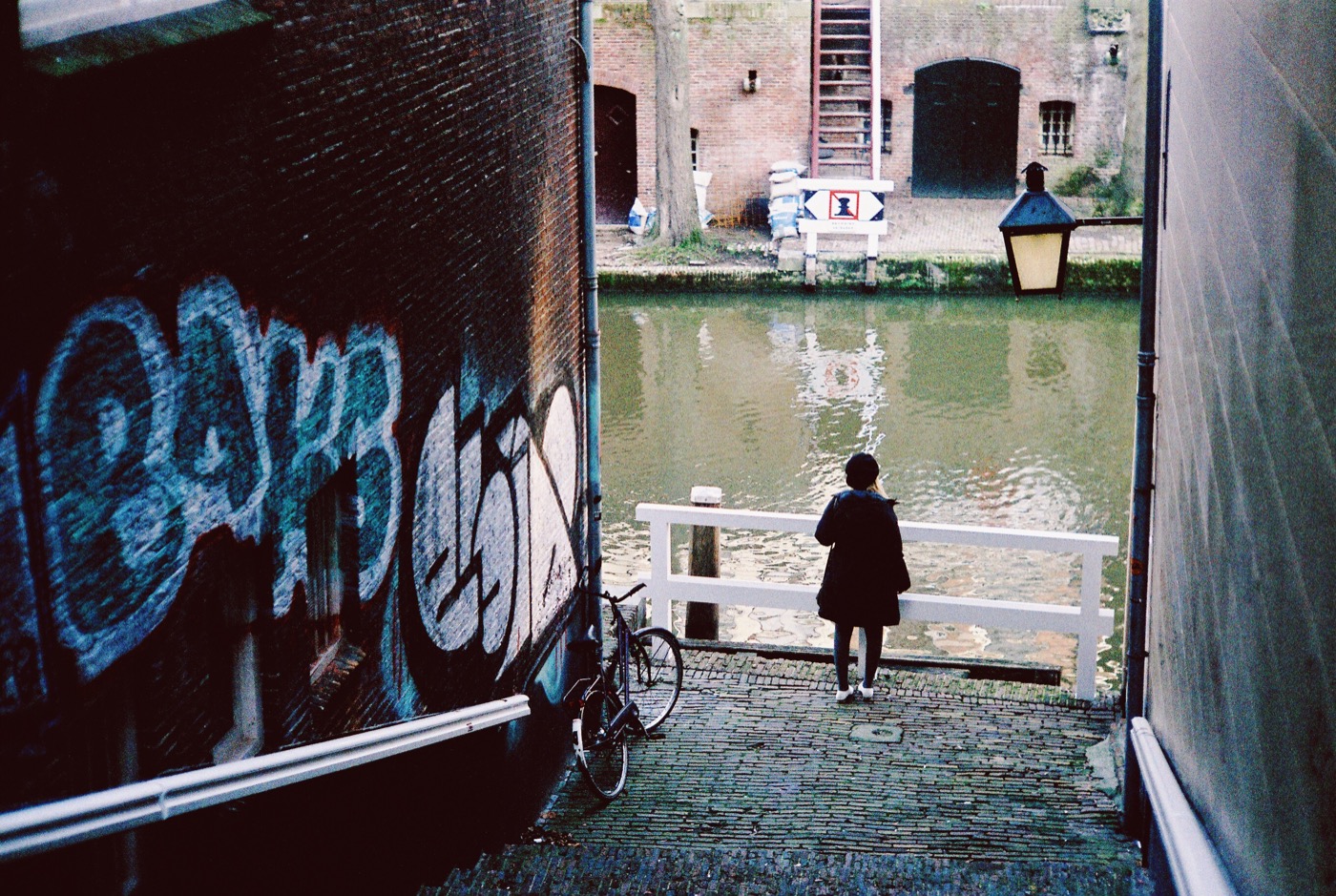 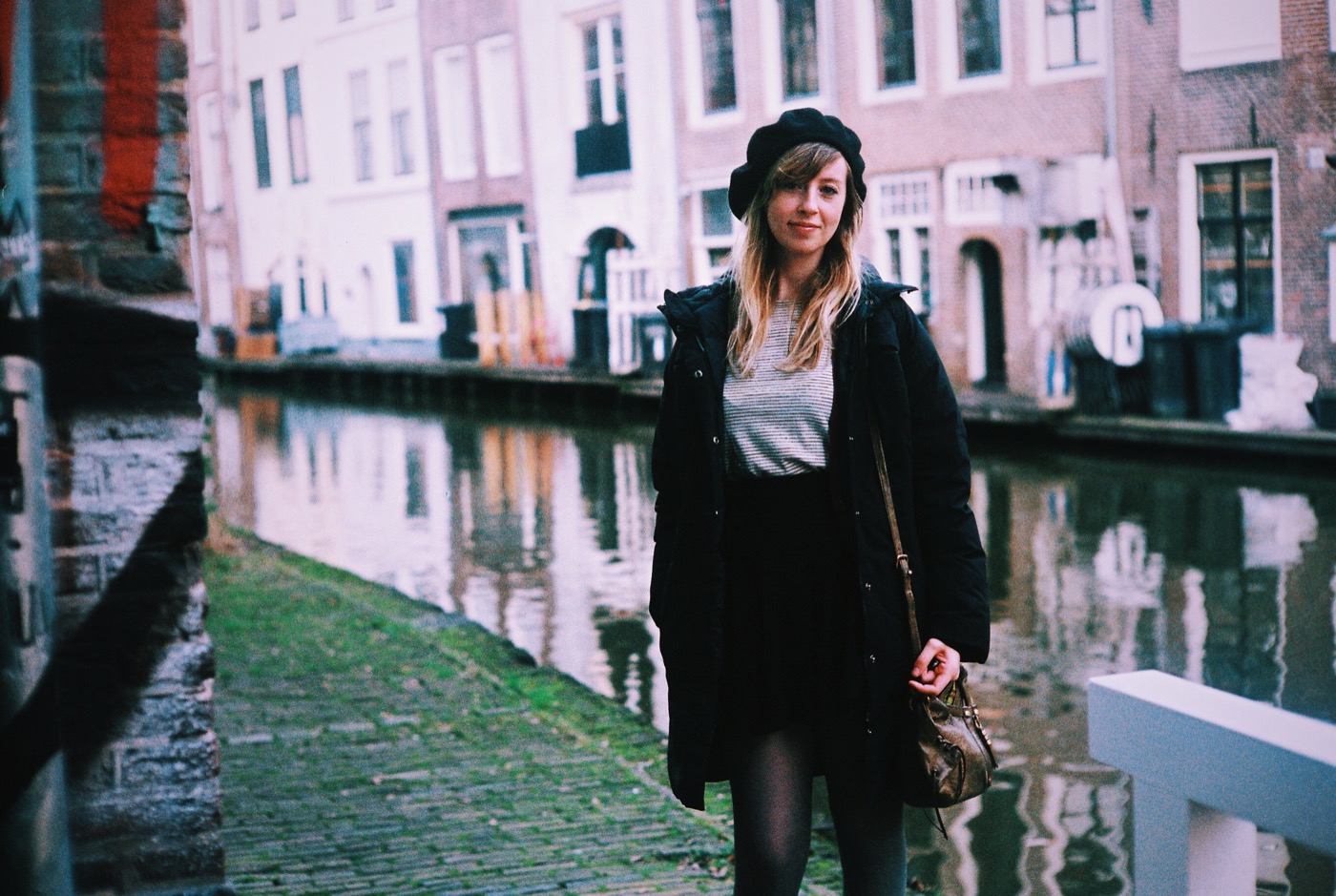 There appeared to be a lot of cats who live in shops, and stay in there even when they are closed for the day. They weren’t too difficult to spot, as they stared out at the world passing by. 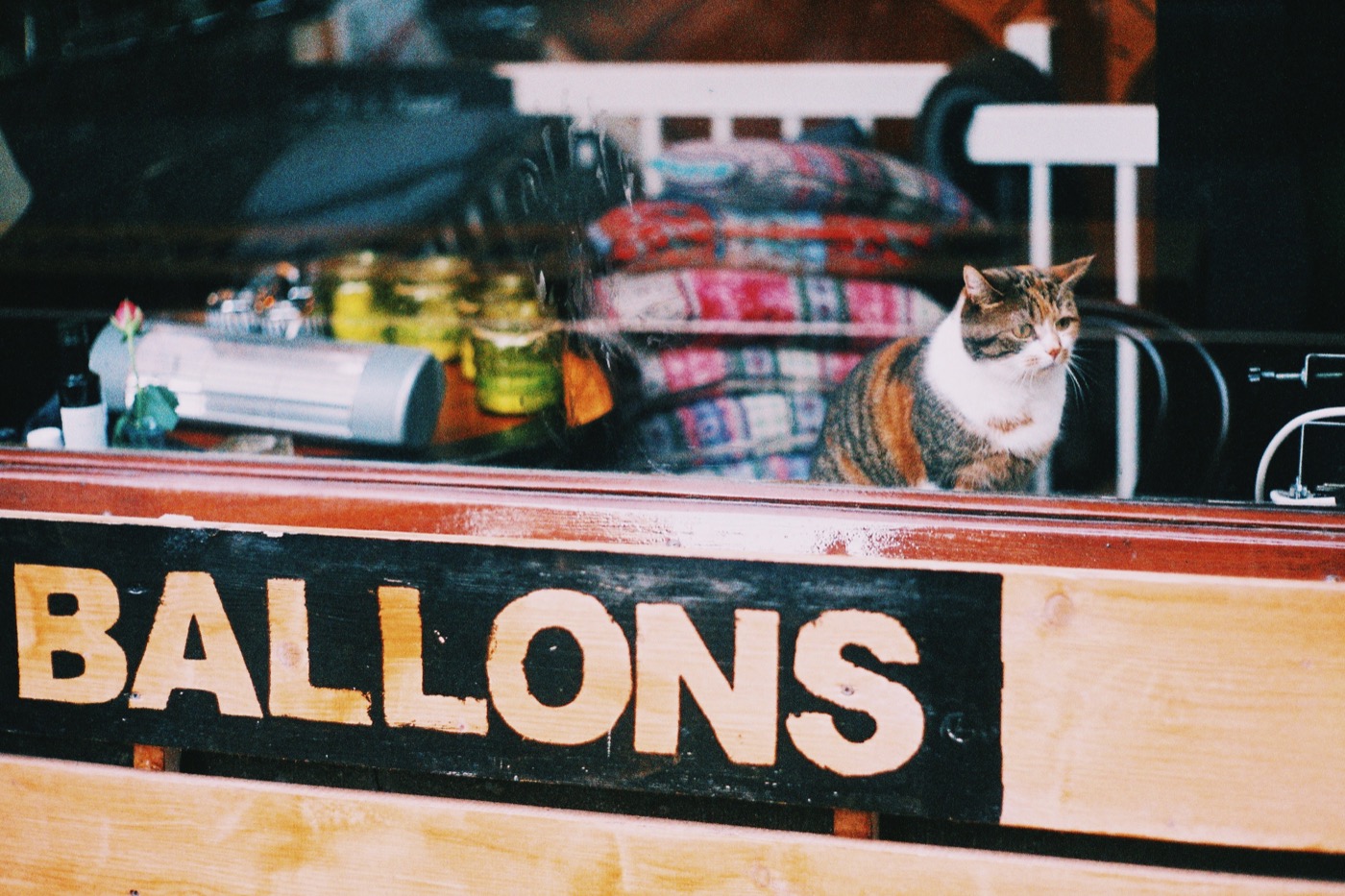 Things were particularly quiet as it was just after Christmas, with a lot of the shops closed for the day. There were some notable exceptions mind you… 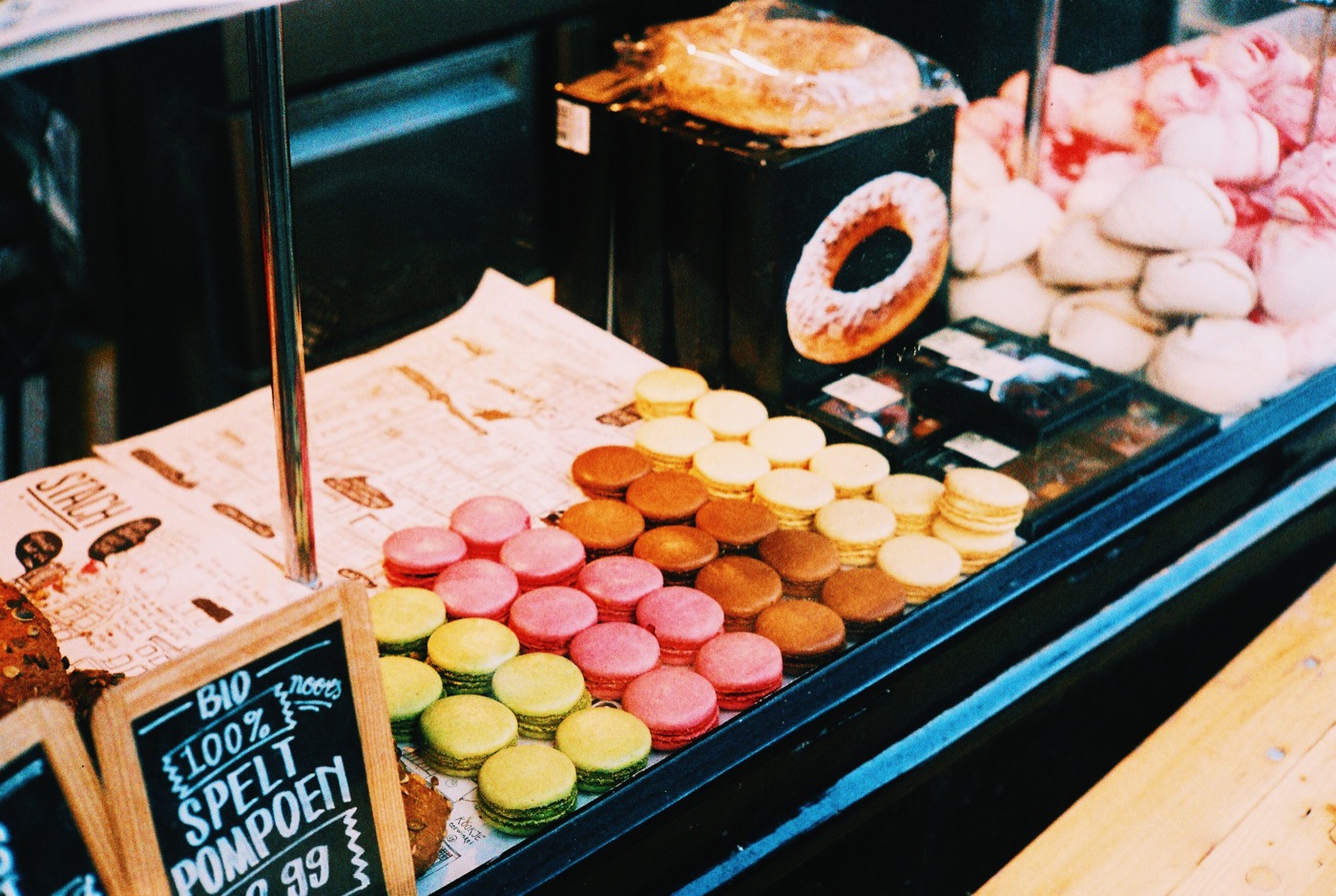 After a long hard day of wandering around looking at cafes, we headed to a wee bar for a few pints. 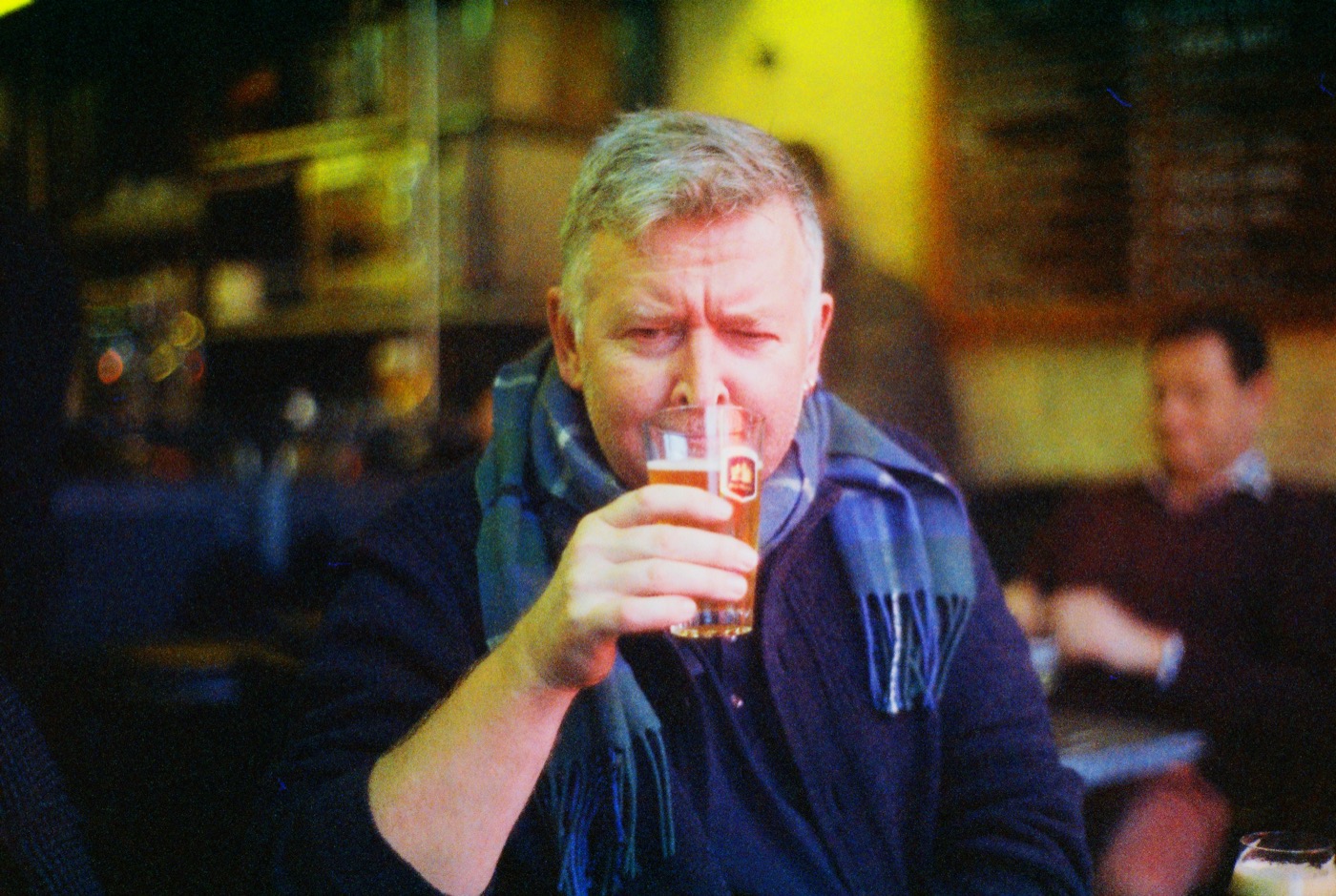 There was a fairly big selection – most of which I’d never heard of before. I took the chance to have some more lambics whilst we were in the region, and had to laugh when the barman gave me a sincere warning about their alcohol strength. “Be very careful. These are very strong.” 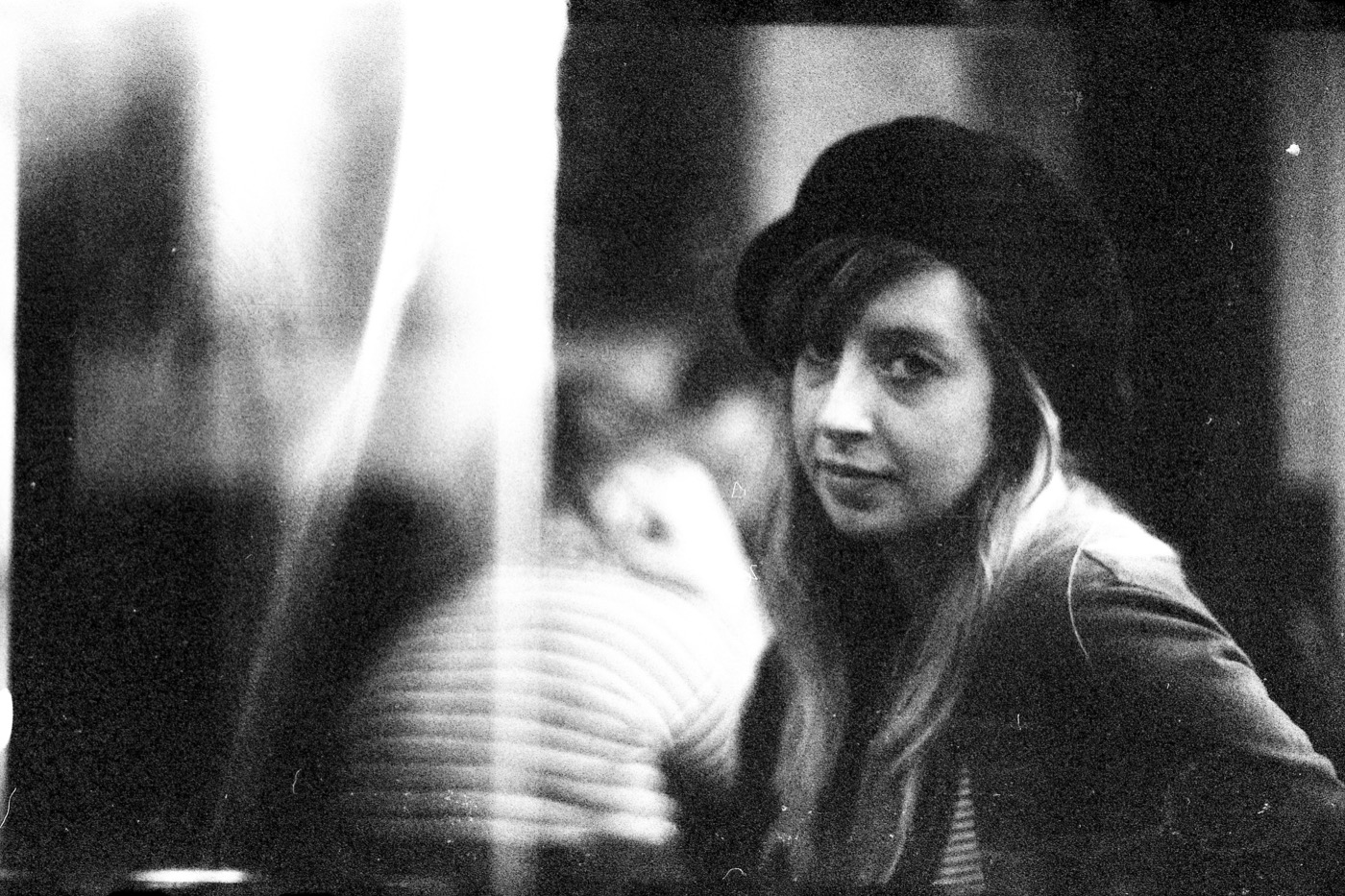 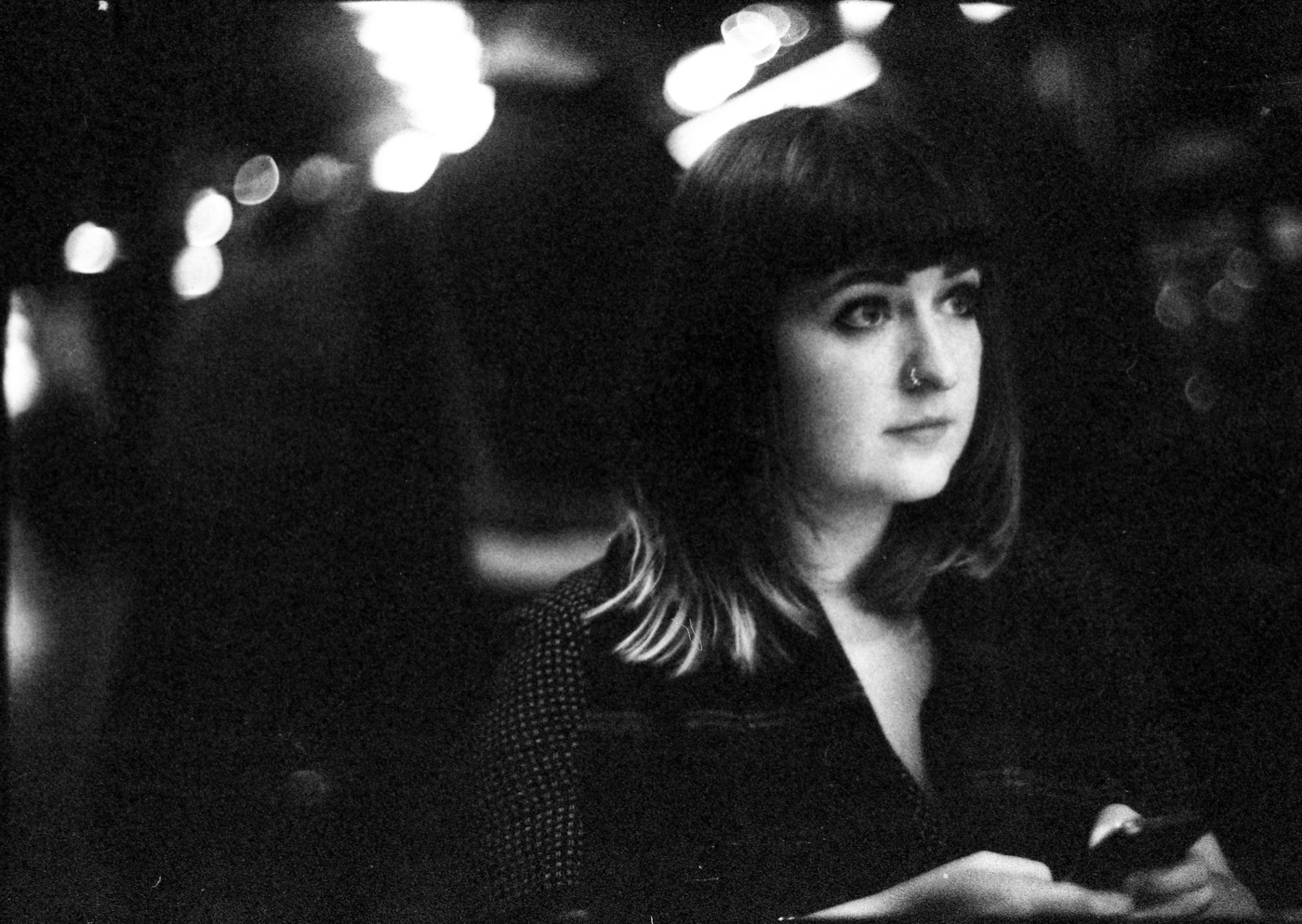 I finished up the roll of Cinestill here, and couldn’t resist getting a shot of this guy outside. I’m pretty sure he saw me, but after a few of the strong Belgian beers I wasn’t too concerned. 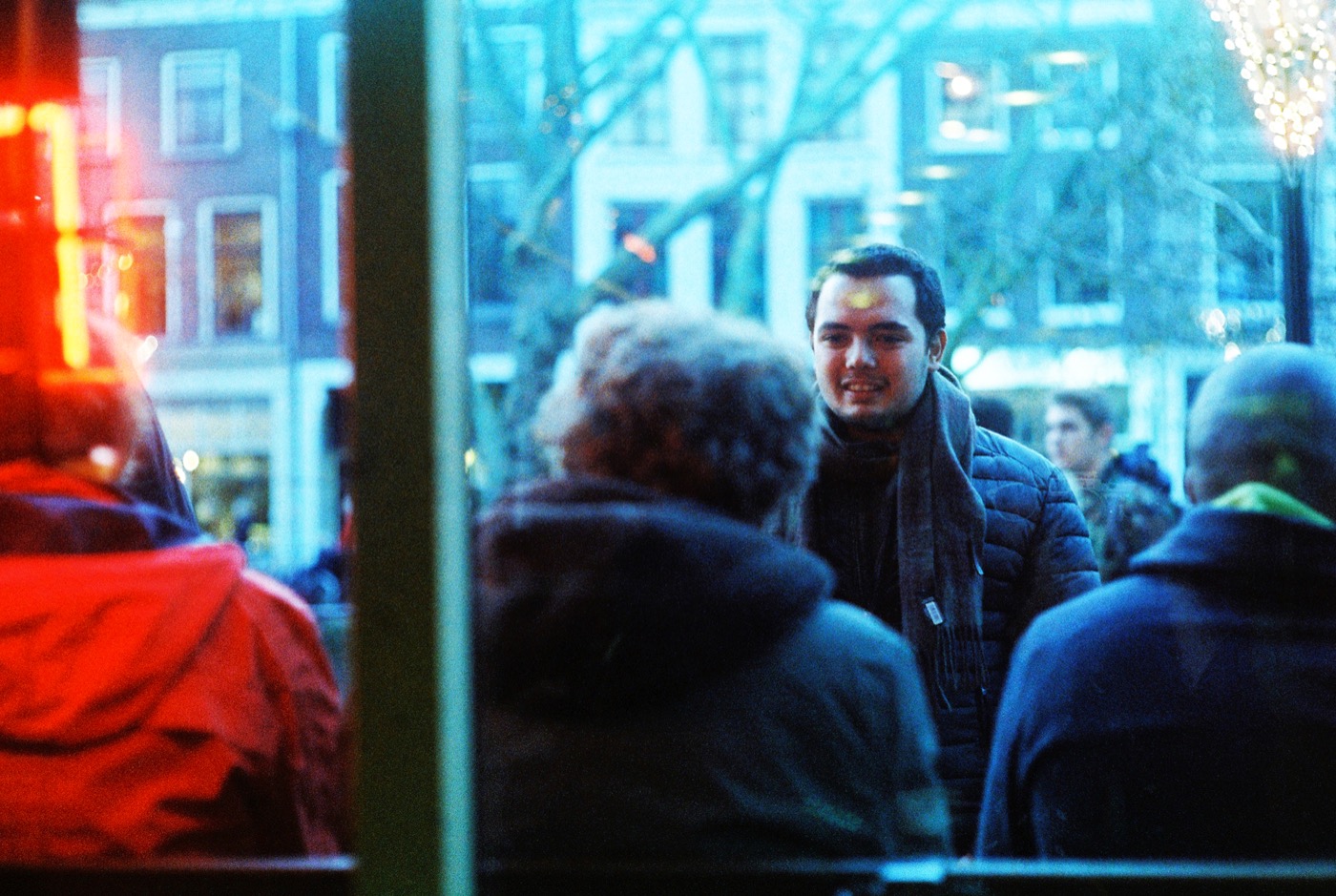 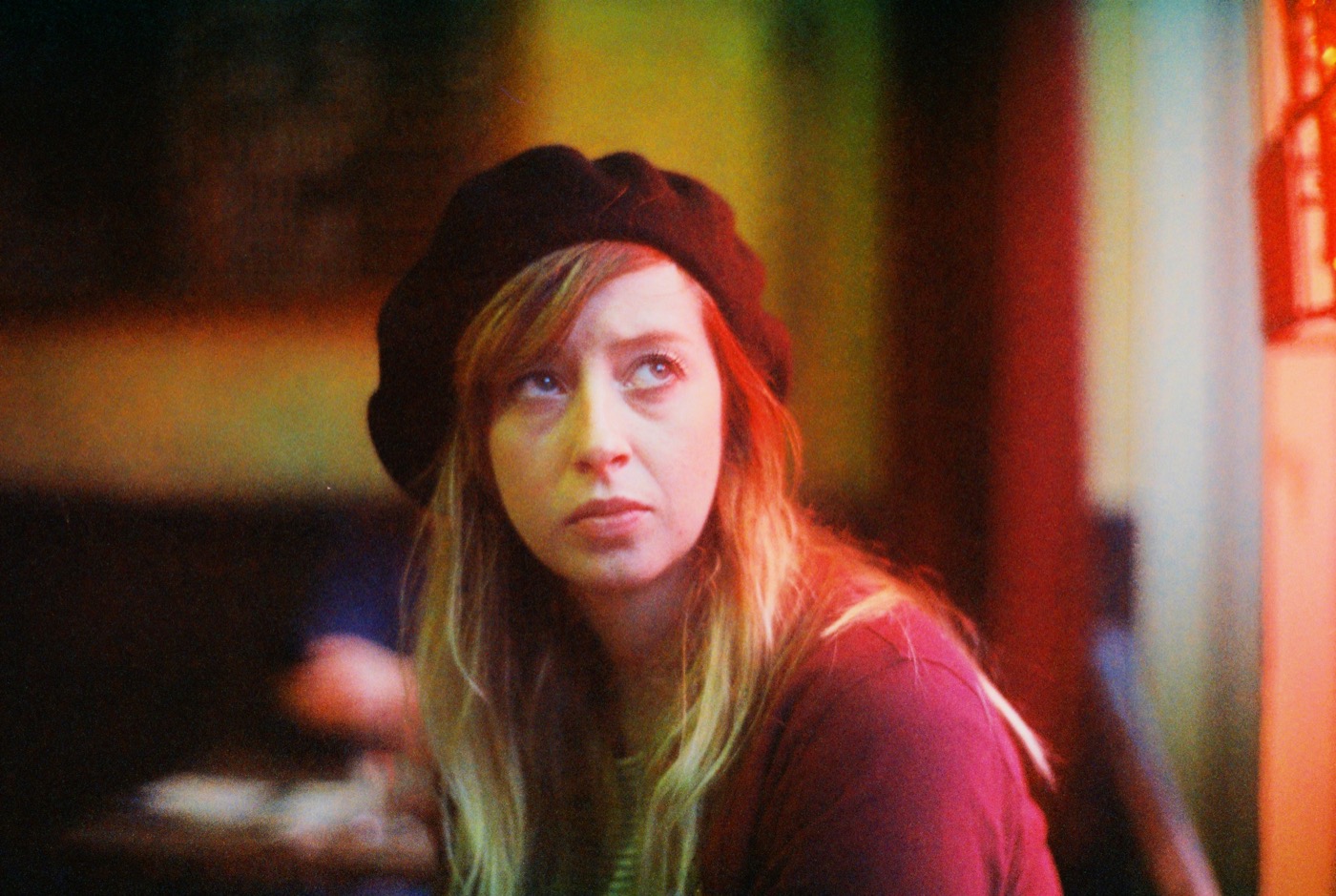 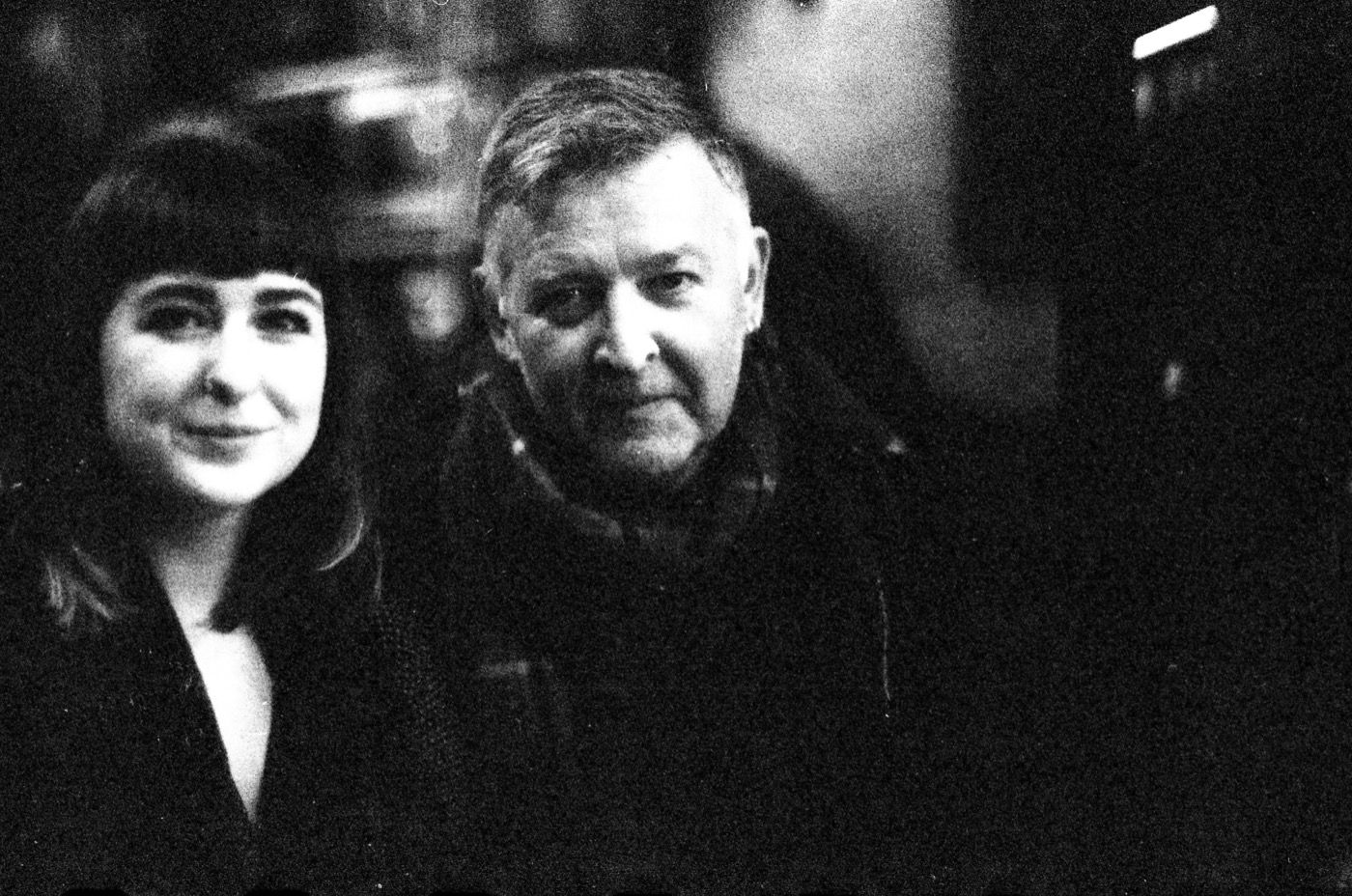 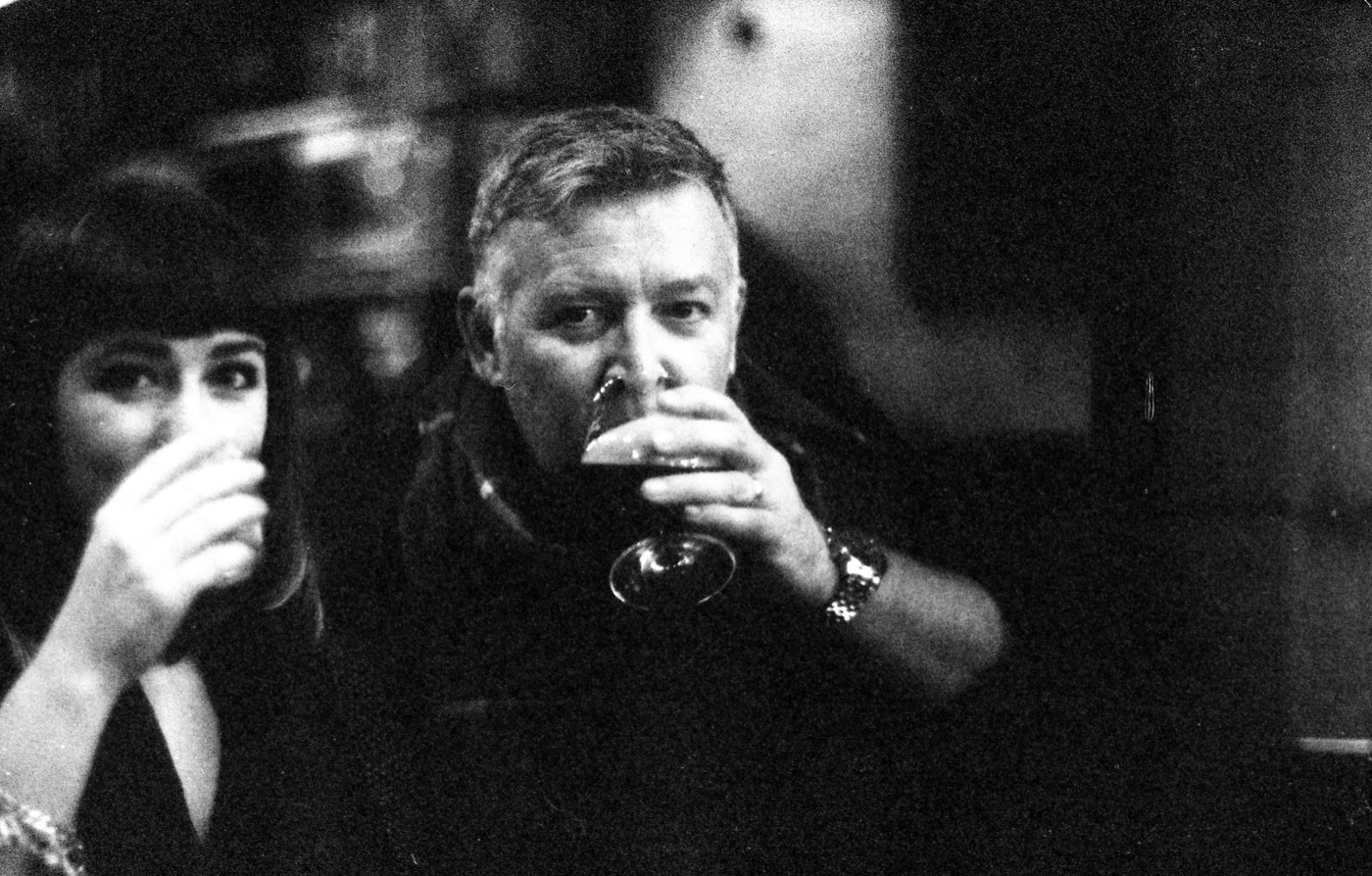 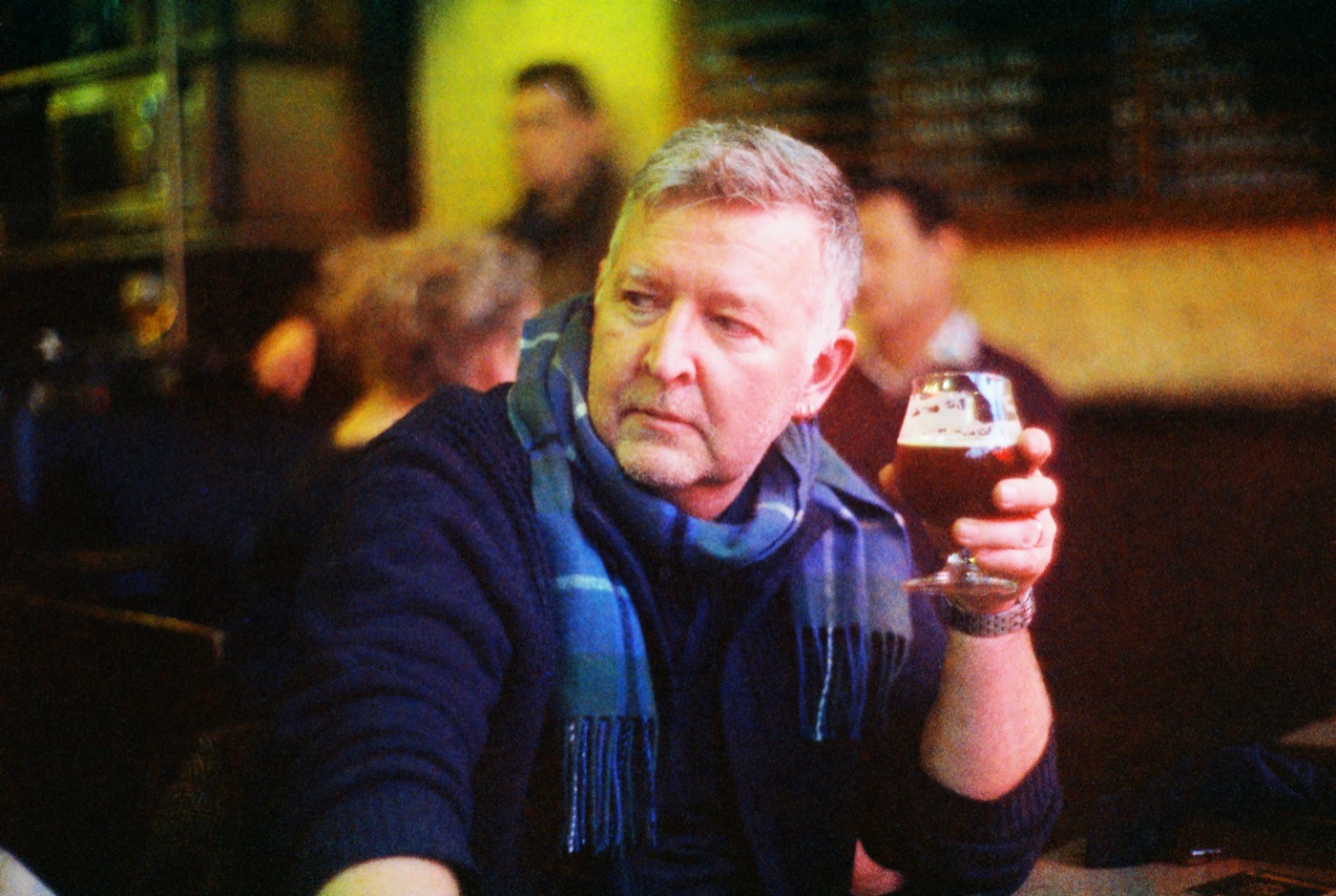 I definitely need to get some more of this Cinestill stuff. 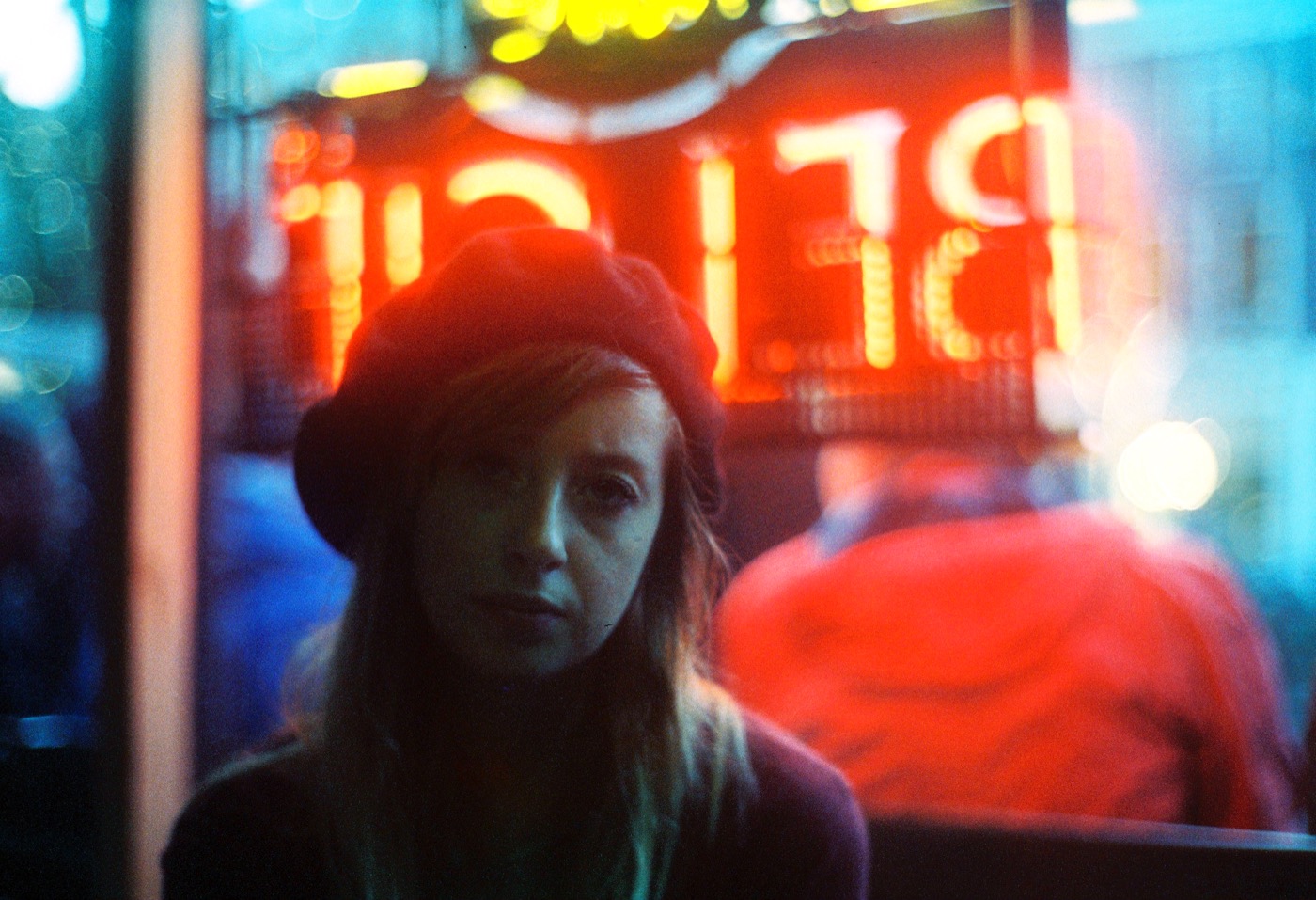 I quite liked spending Christmas abroad… especially somewhere that feels like Christmas. 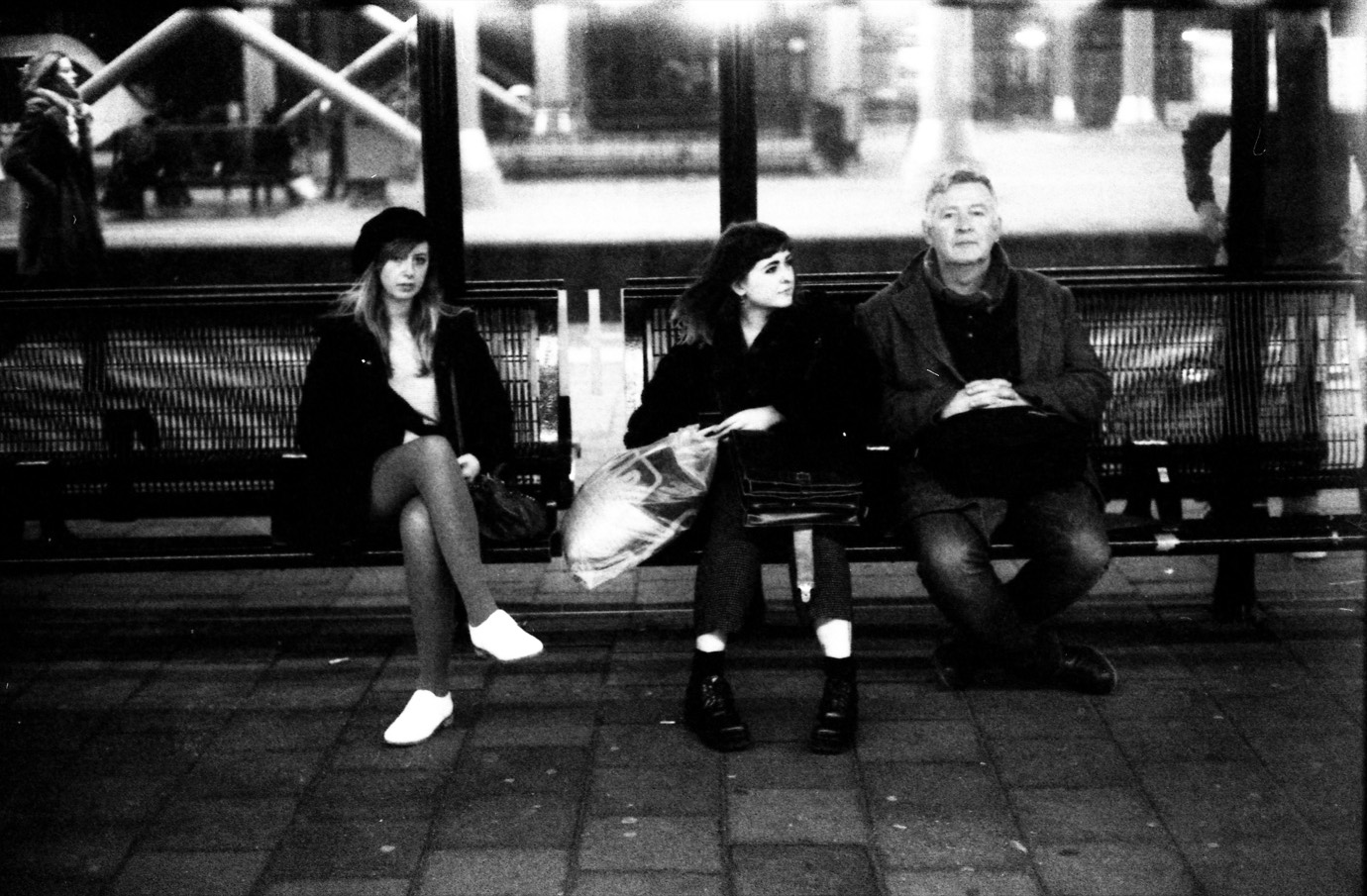