The time had come to leave the bustling metropolis of Tokyo behind. We were taking on a rather traditional Tokyo > Kyoto > Osaka > Tokyo round trip, and Kyoto was next in line. We took the Shinkansen bullet train, which got us the whole way in a shade over two hours.

I had been a bit apprehensive about getting the tickets, as it seemed like there were a lot of options and complicating factors that would make communication difficult, but as like most things in Japan, it was pretty straightforward, and made even more pleasant by how polite the staff were. 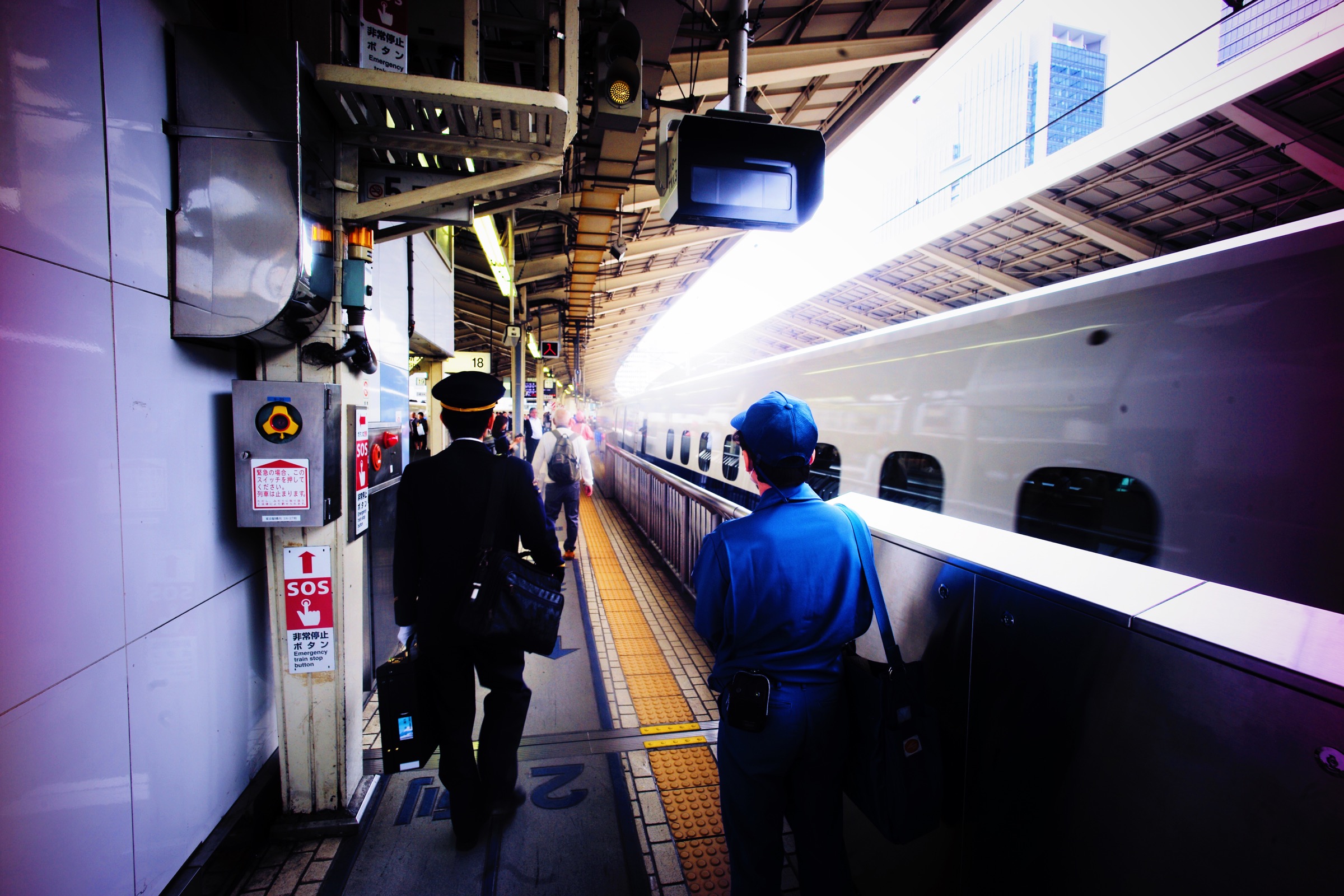 The journey itself was most enjoyable, with wide comfortable seats, and people respectfully minding their own business. I’m pretty sure I fell asleep while the outside whizzed by at tremendous speed. 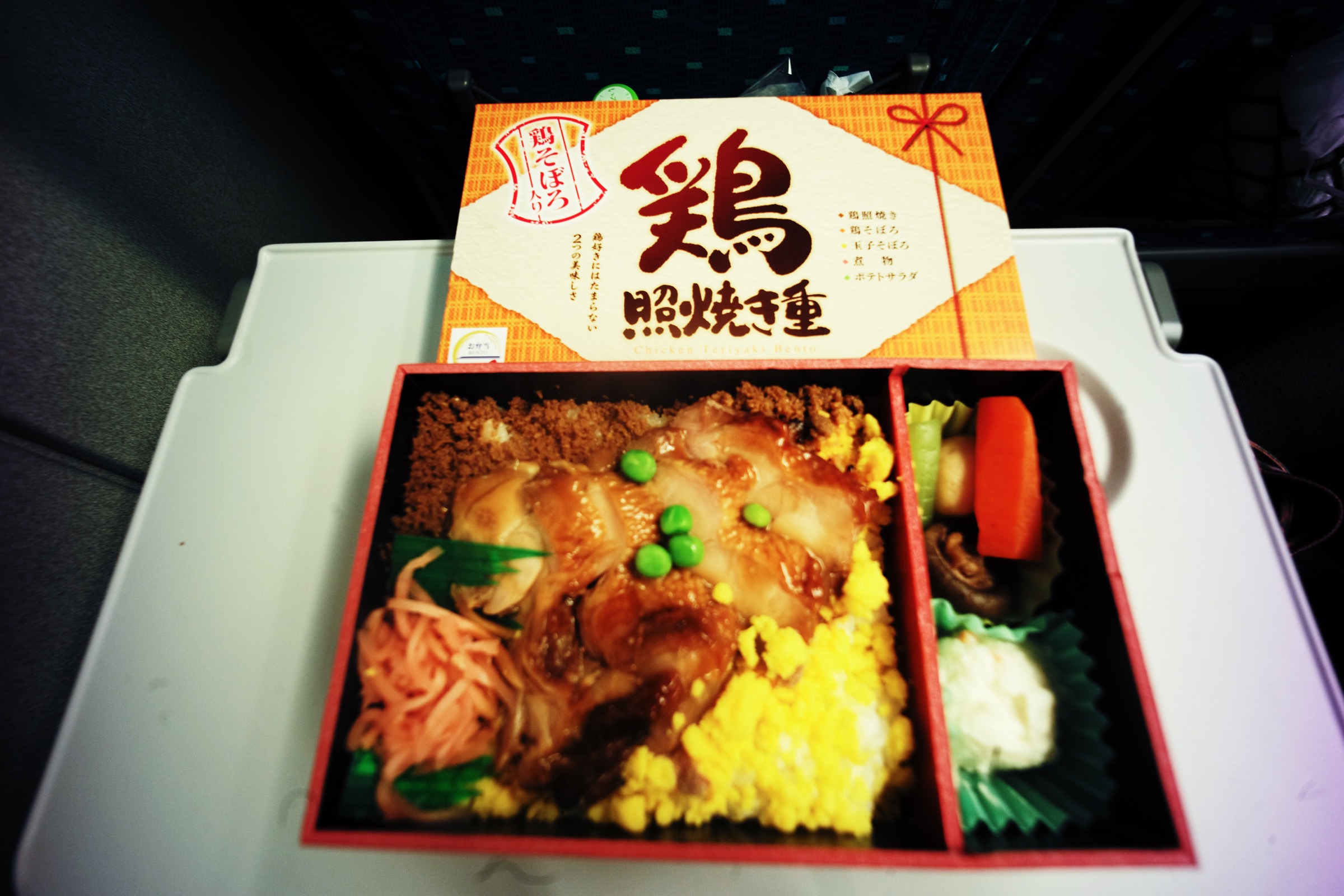 We decided to stay in a capsule hotel for the first night, to see what it was like. Originally designed so that salarymen who had missed their last train home wouldn’t be stranded, the one we picked was a bit fancier than they usually are. 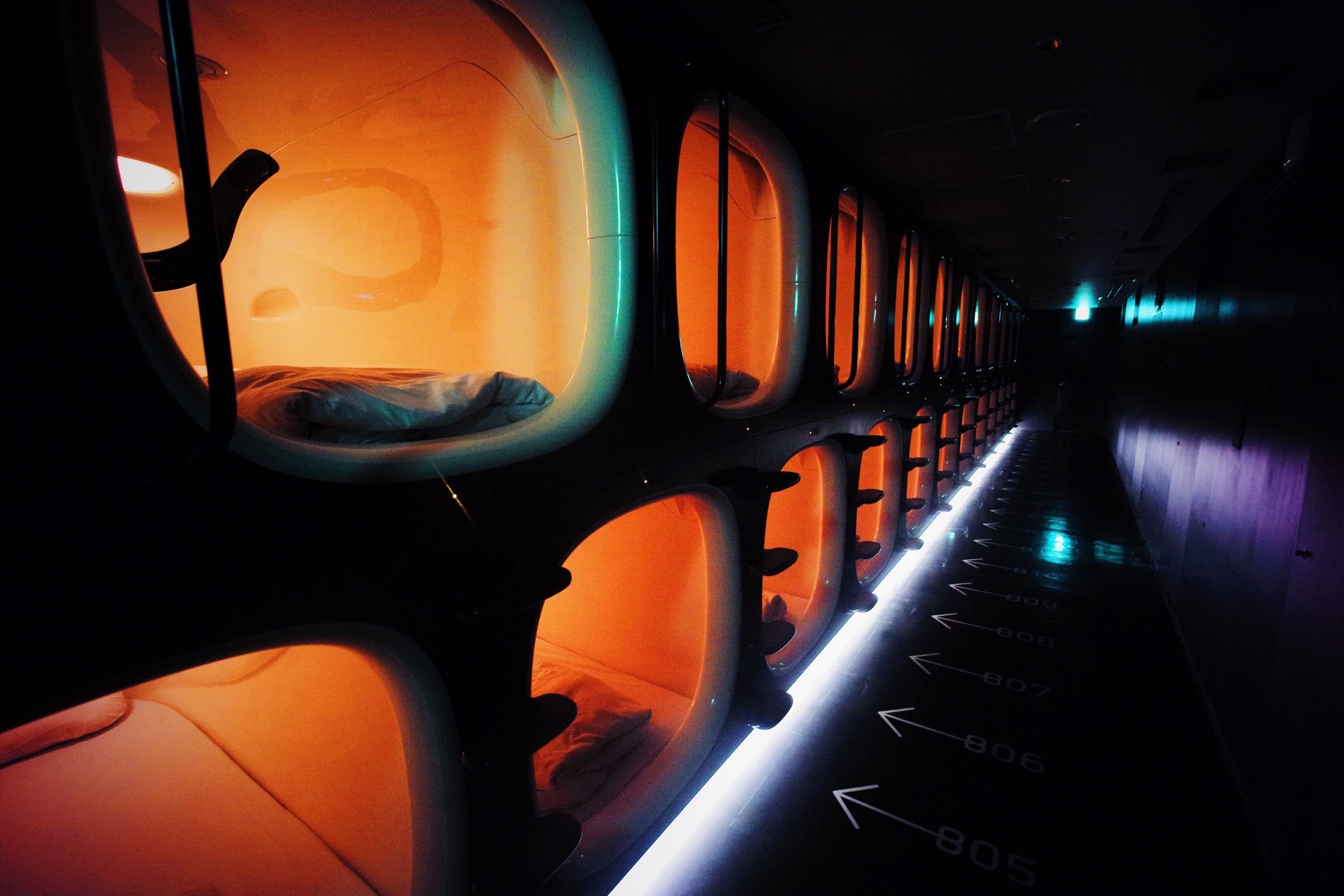 The capsule hotel was really a step up from a hostel in lots of ways, but was extremely clean and modern – almost like stepping into a spaceship. There were separate floors for men and women, and you got a kit for sleeping and showering including things like slippers. 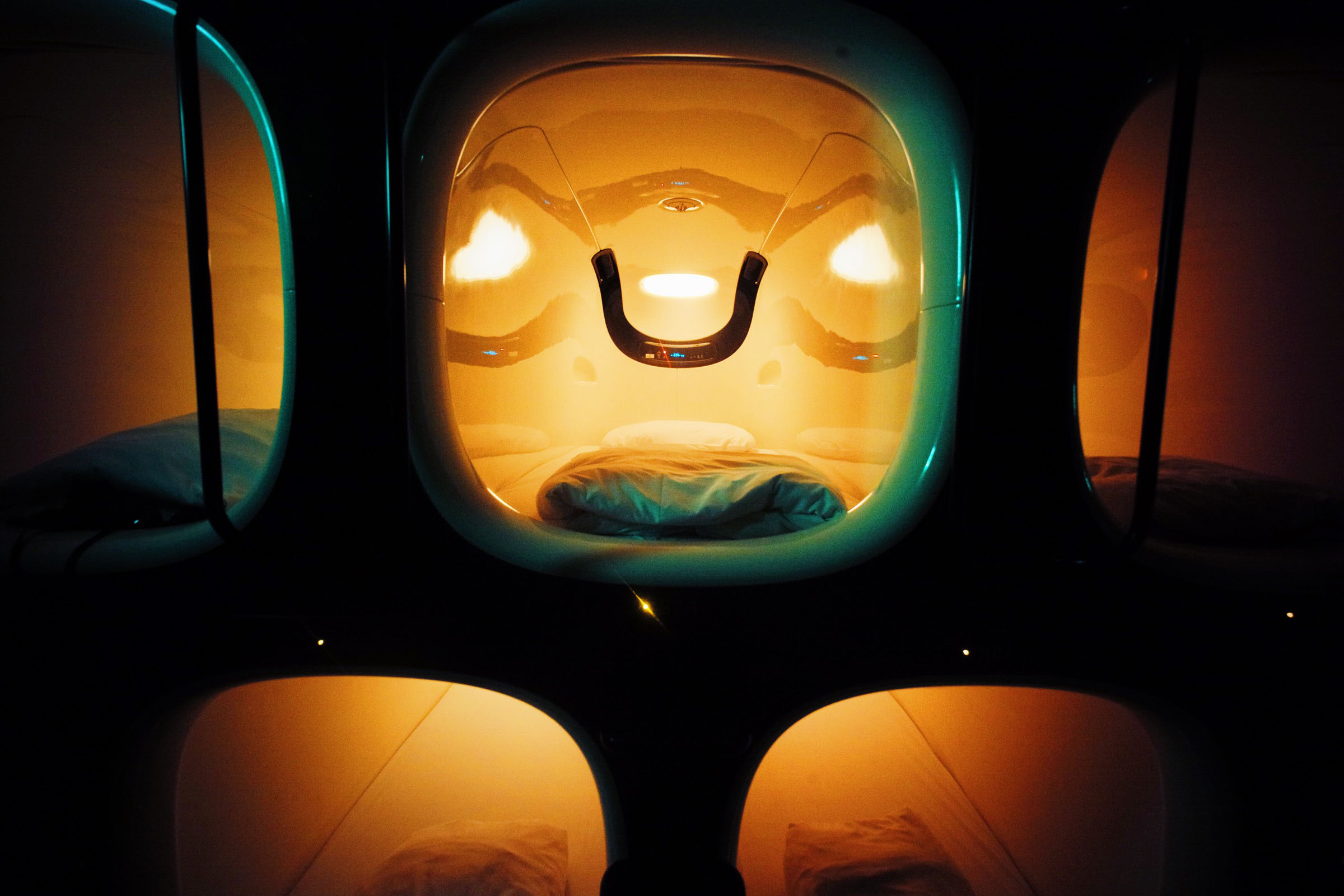 The pods themselves were bigger than you would expect, and didn’t feel claustrophobic at all. You could sit up fully, and they were pretty comfortable though they did have some kind of space age pillow that was supposedly designed for the perfect sleep, but was ridiculously uncomfortable. That said, I did sleep like a rock, so maybe it worked. The ‘alarm’ woke you up by slowly turning on the lights at your desired time to wake you gently. Unfortunately, I didn’t set mine properly, and I was woken up with 15 minutes left to check out by one of the staff. Whoops. 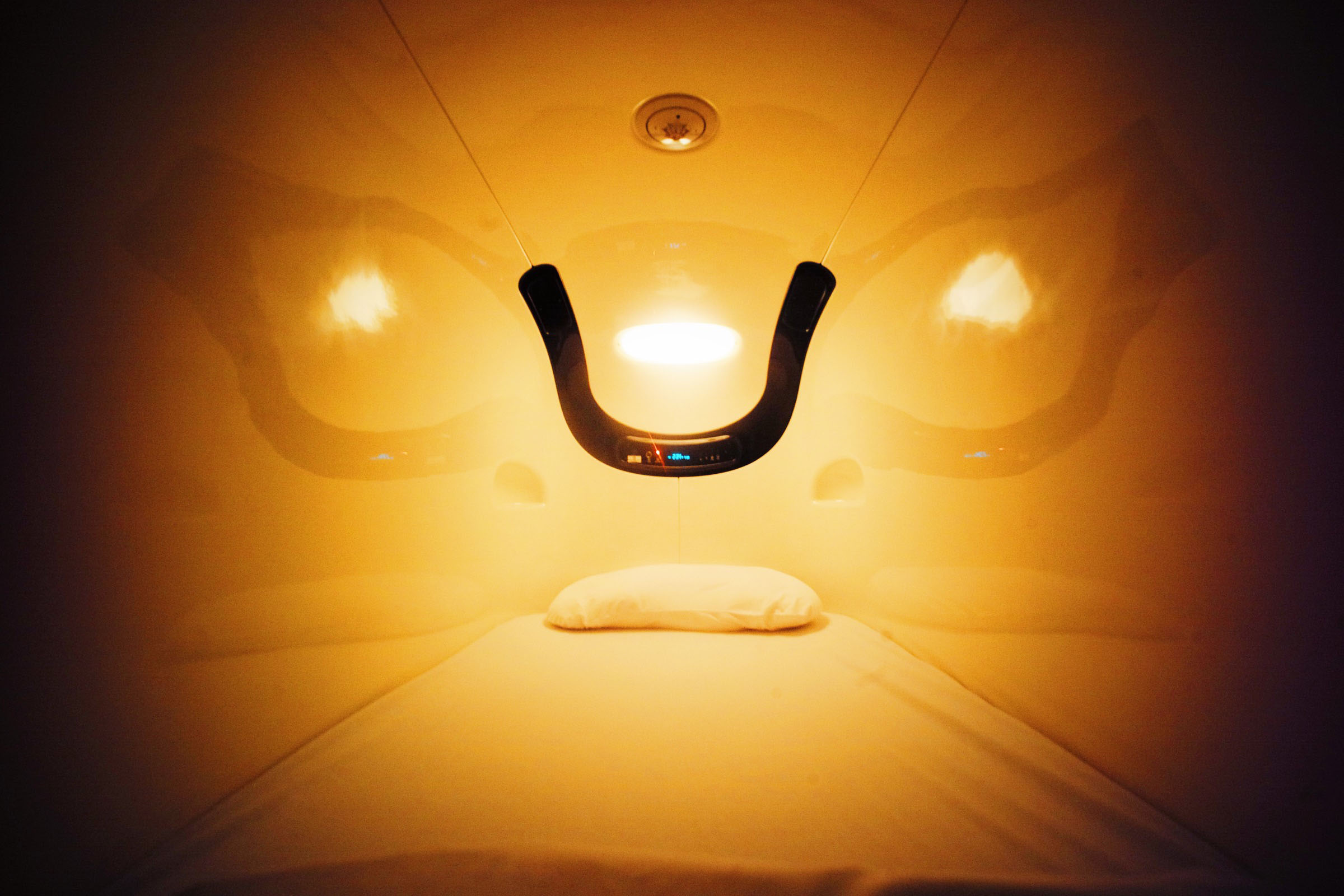 As a place, Kyoto immediately felt completely different to Tokyo, and in all honesty, we weren’t all that impressed at first. There were some cool bits and pieces – but there were far more tourists here than we had encountered at any point thus far, and it kind of pulled us out of the immersiveness of the trip a bit. The centre itself wasn’t particularly unusual or exciting, and we even struggled to find a decent bar. 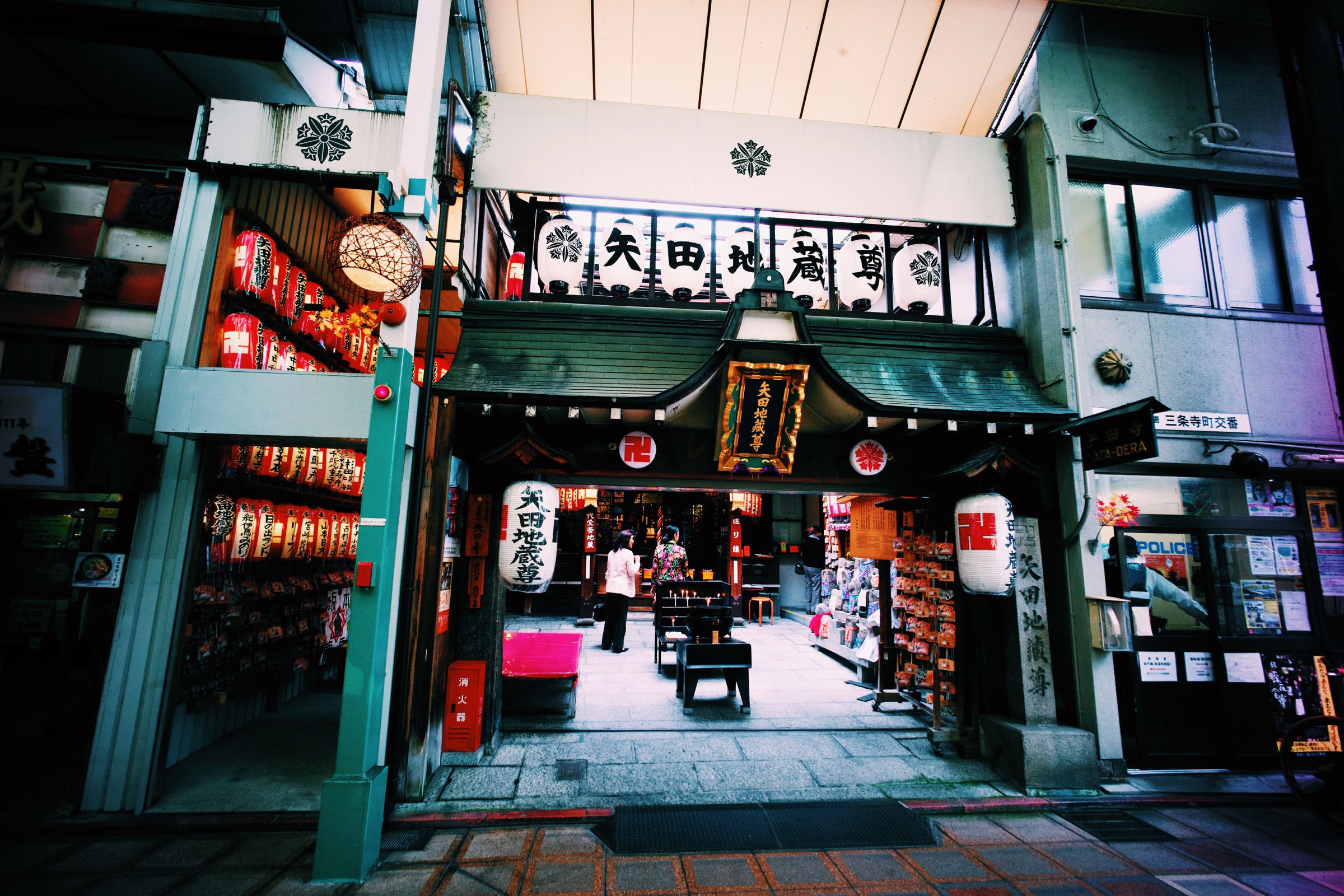 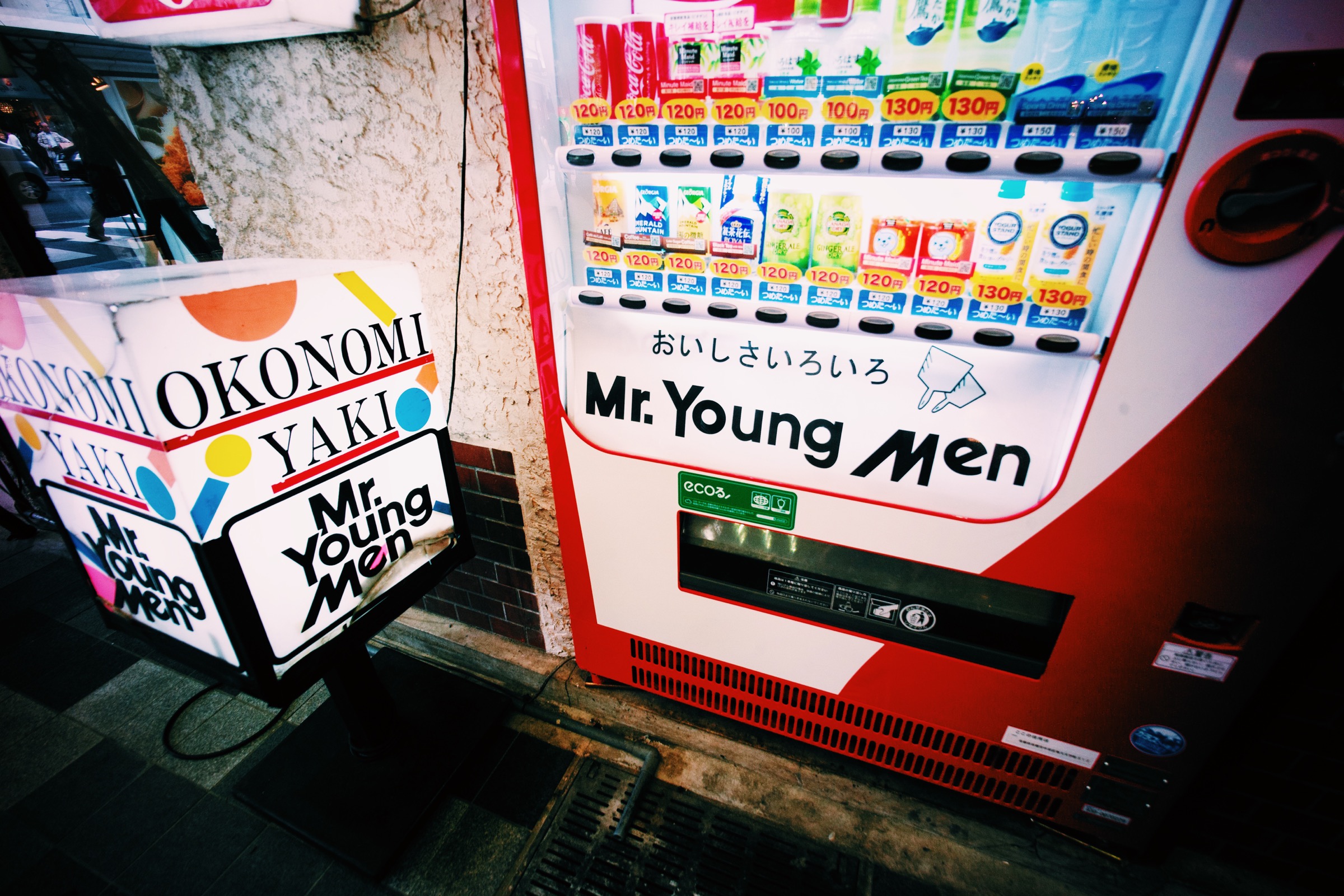 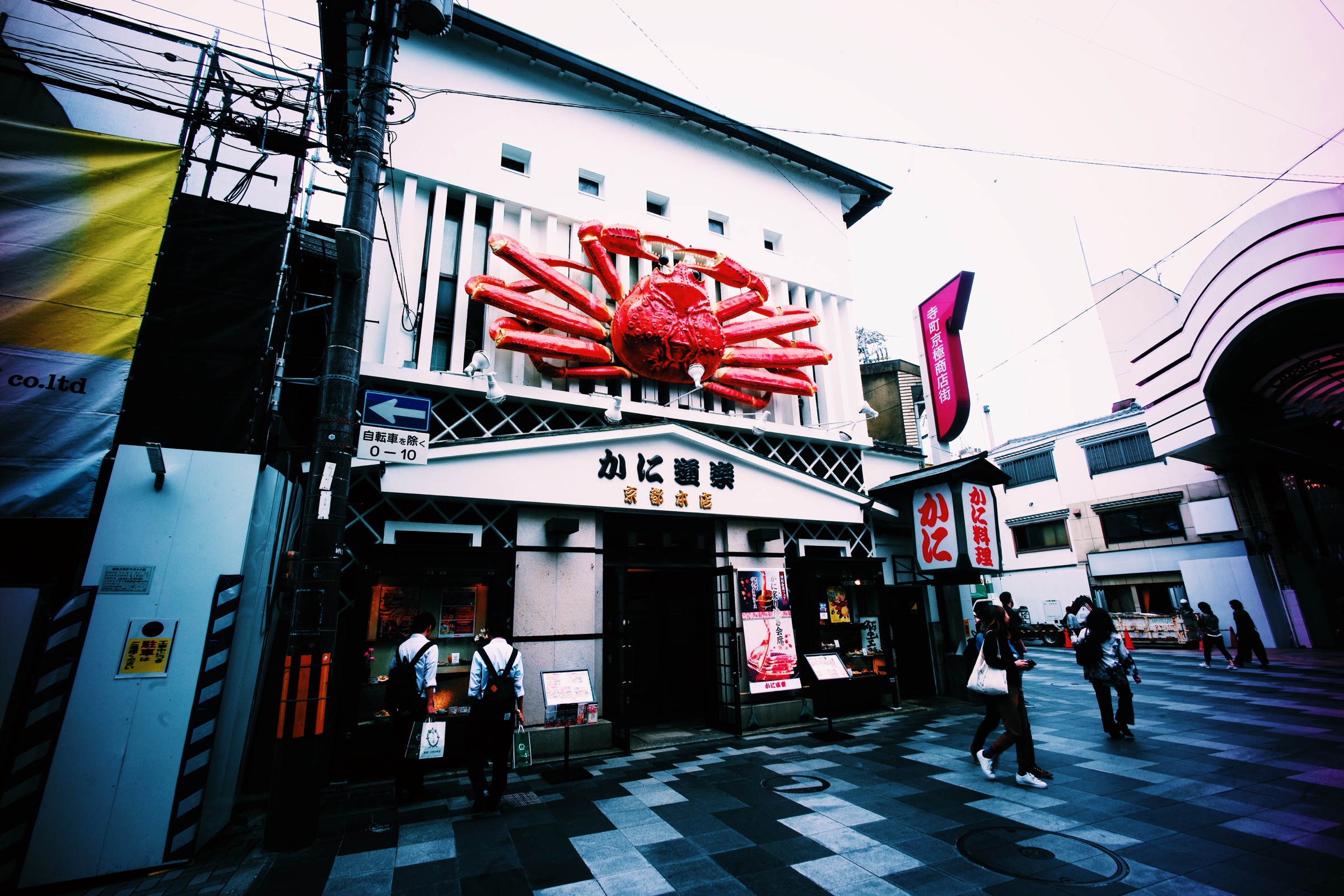 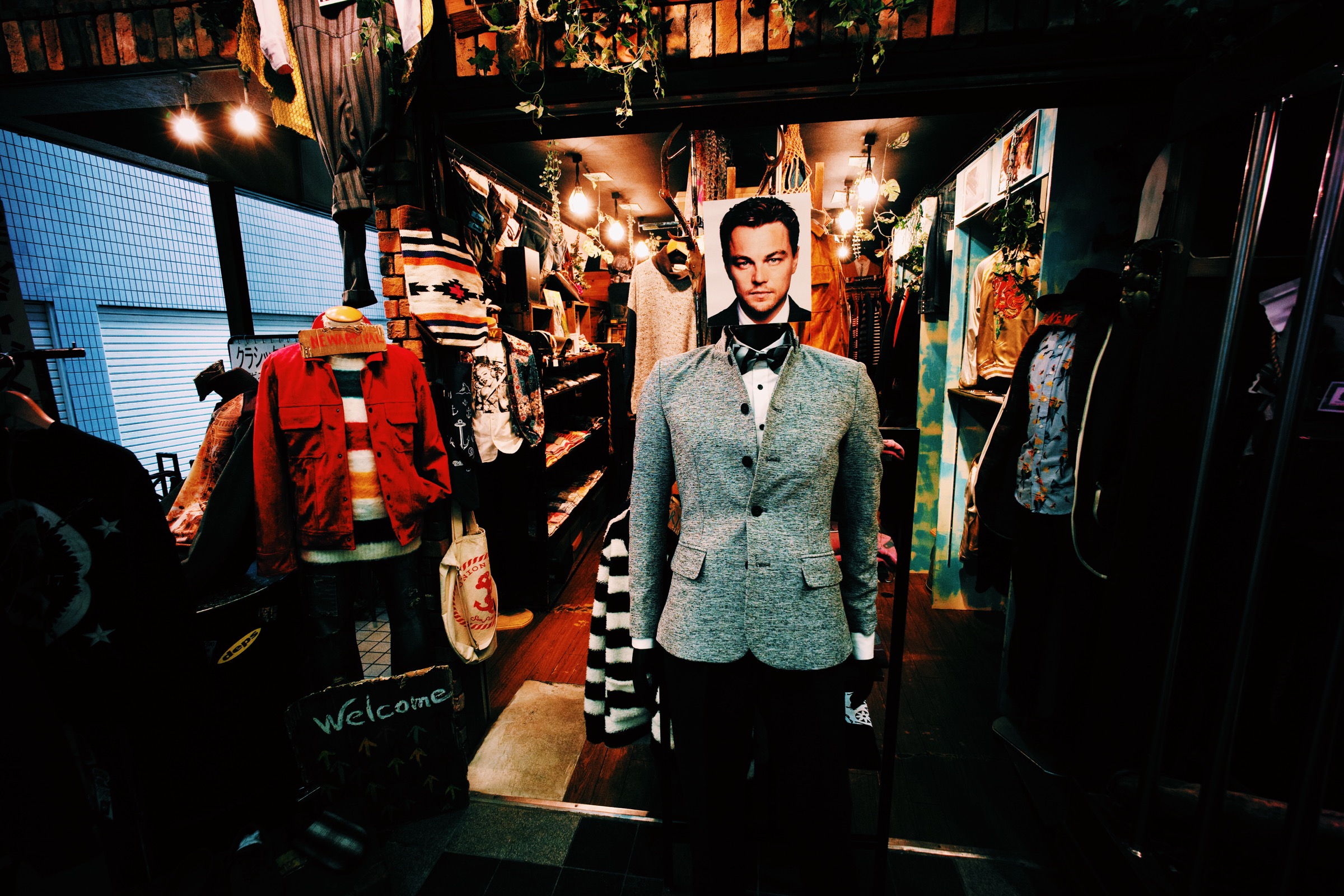 We did find a few of the fabled different KitKat flavours though. 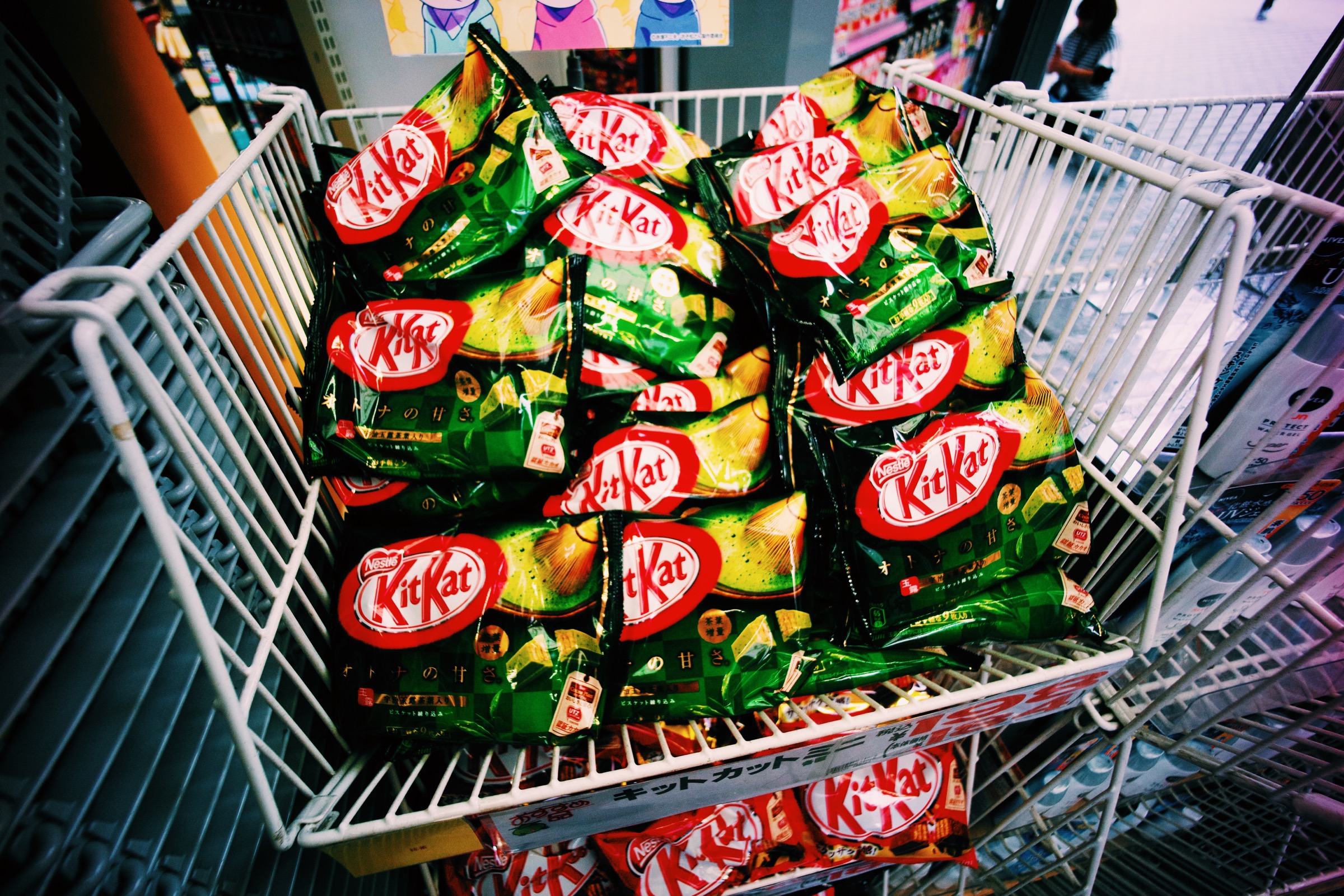 I can say this with certainty: green tea KitKat is not for me. 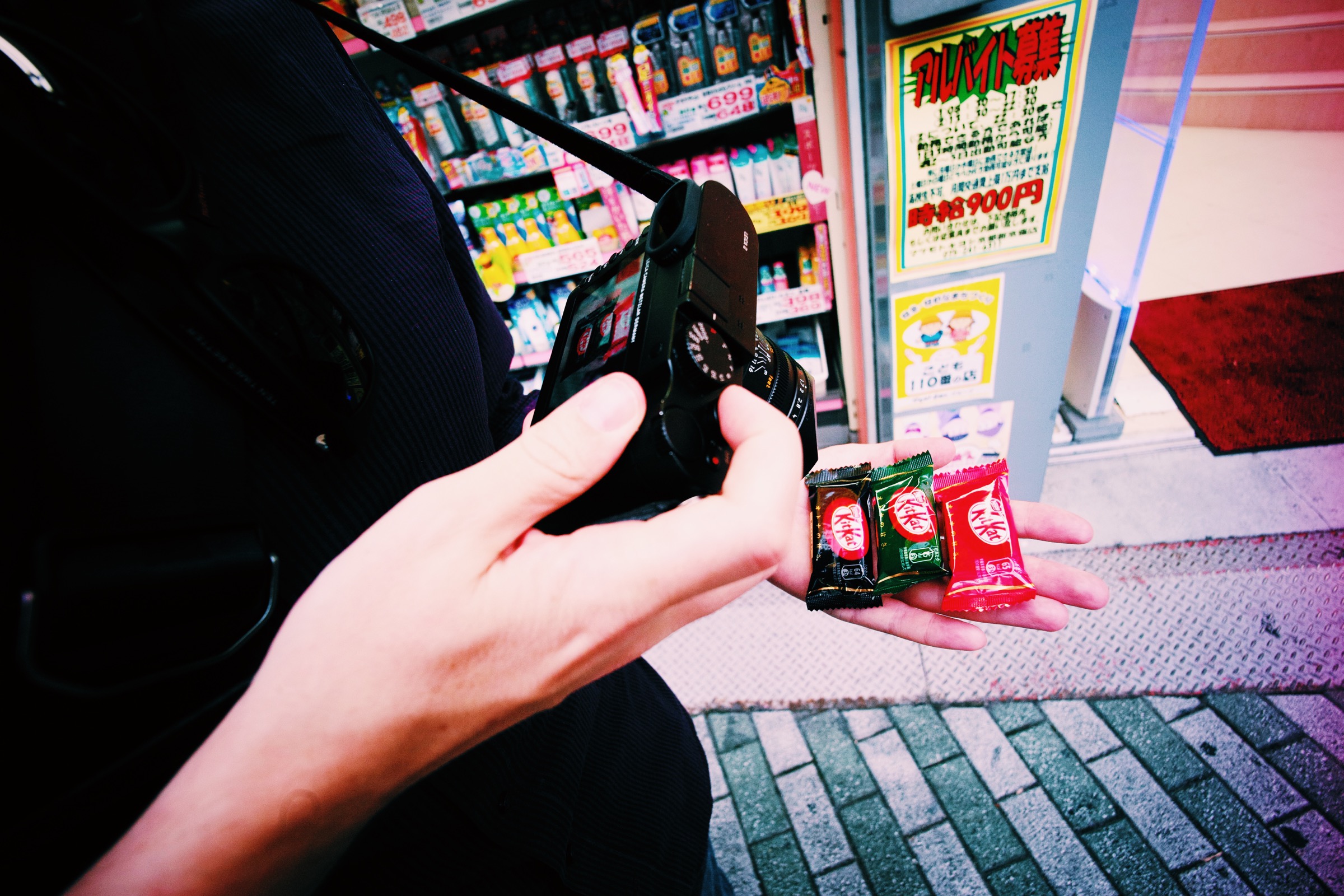 We did manage to find a few cool spots though, and had our fix of sake and plum wine. 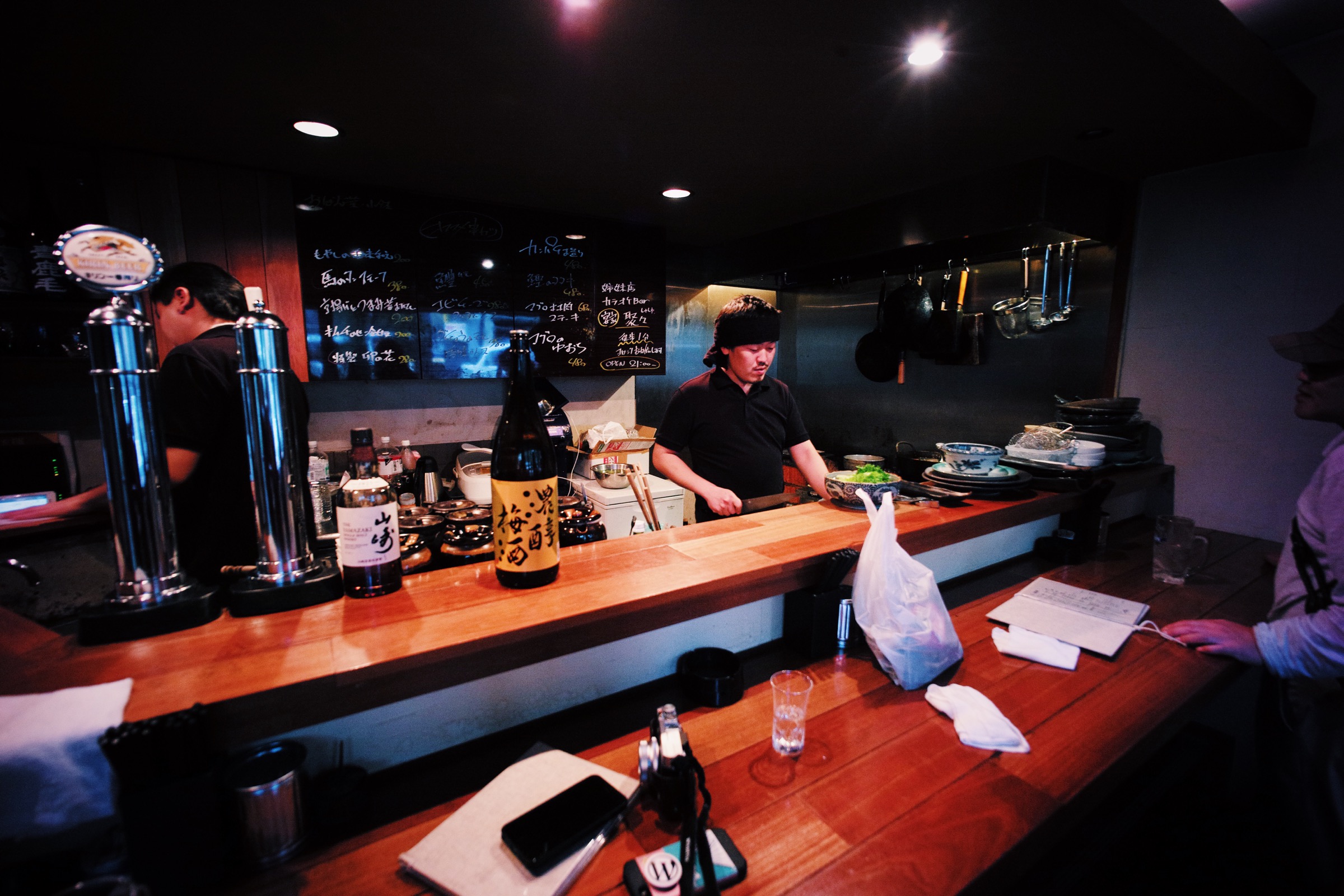 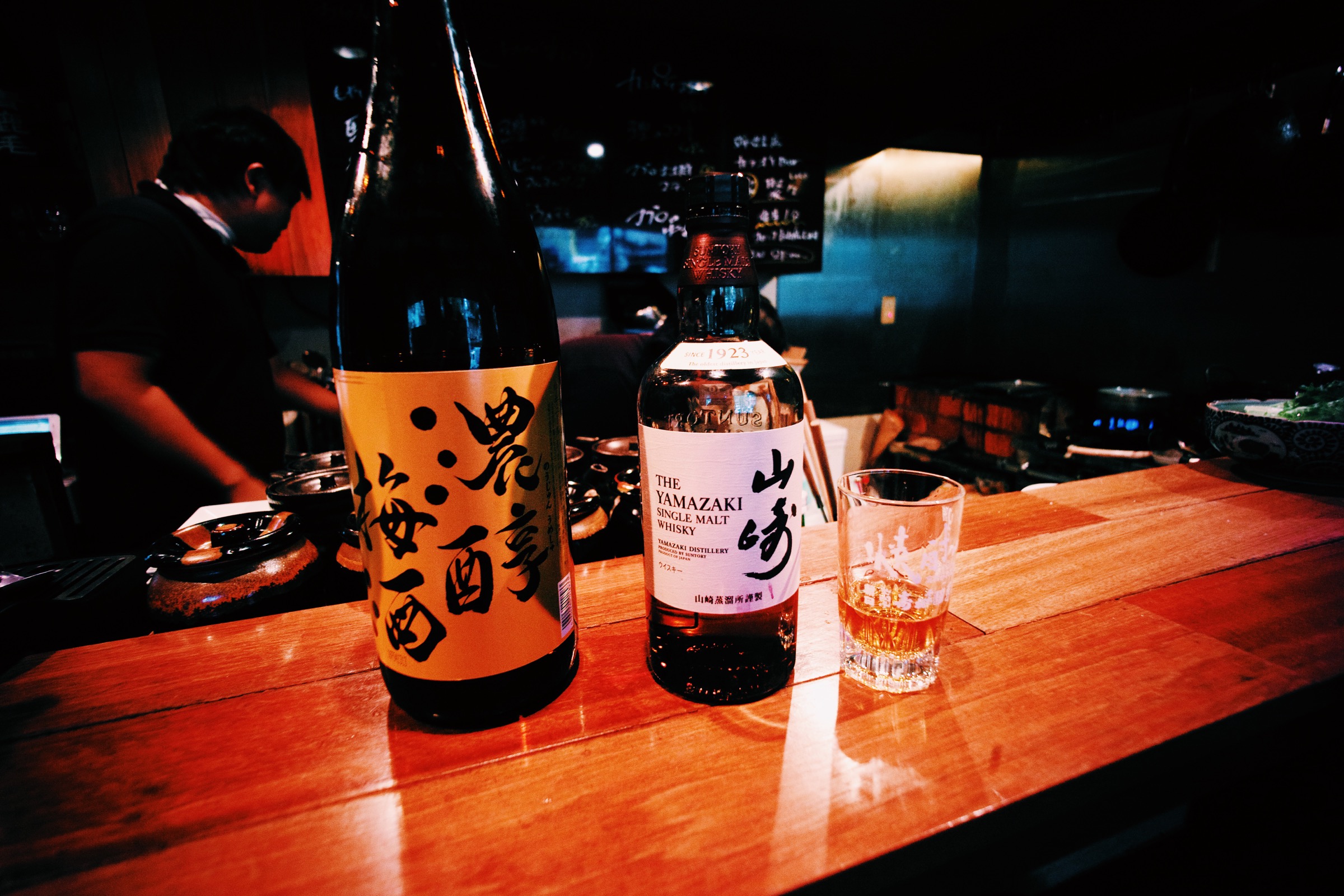 We wandered about to find somewhere to eat. We had heard that in some places you might be turned away at the door and told that they were full up if you were foreign, and Kyoto was the first place we experienced that. This apparently is often just out of anxiety on the part of the hosts at the prospect of having to speak English, but when it happens to you it’s hard to not feel slighted. Turning people away from your business based on how they look isn’t exactly something that sits well with me, no matter what the culture. 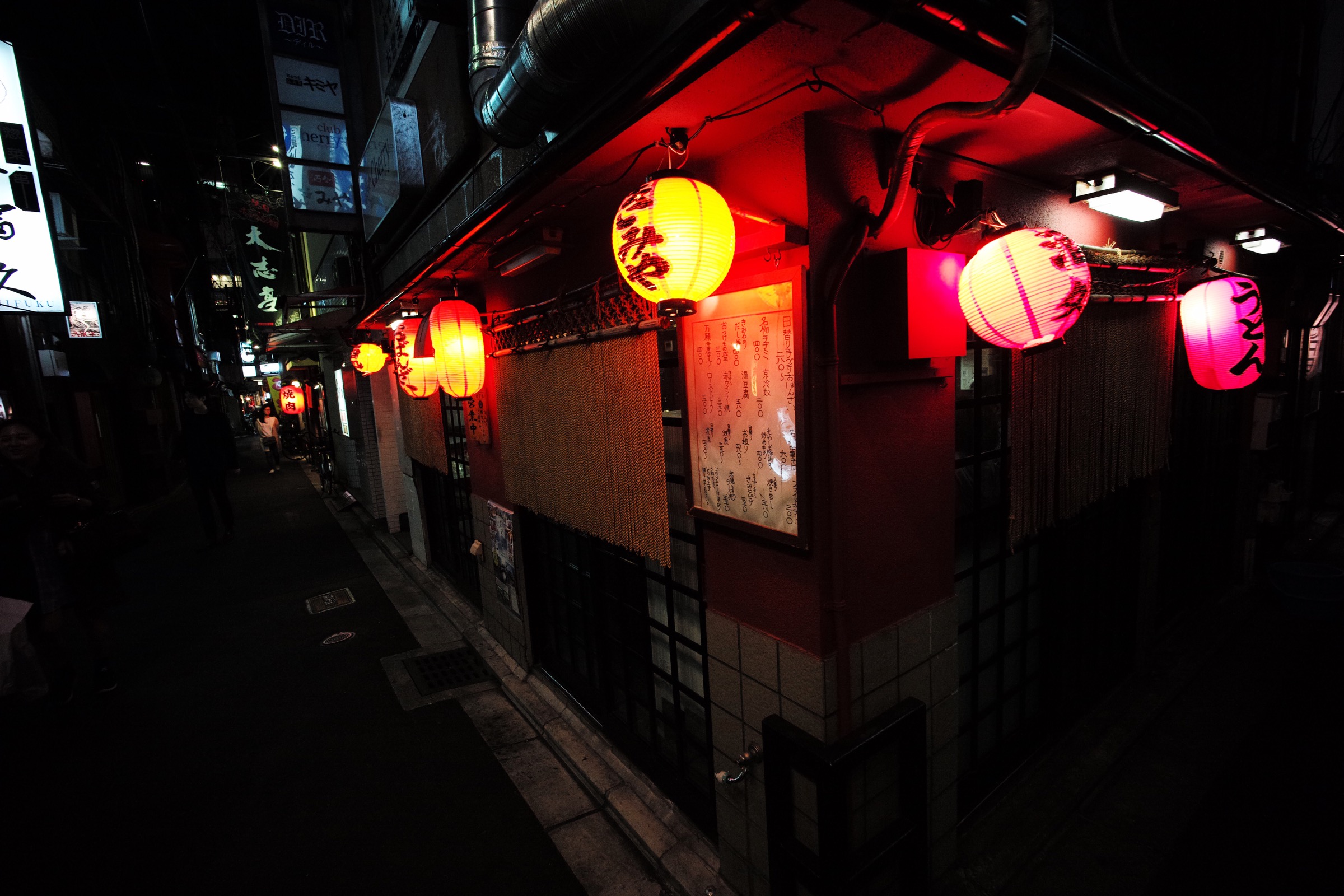 We didn’t have to go too far to find somewhere else though, and I’m glad we did get turned away in the end, because we ended up at a more traditional style restaurant with recessed seating, where you took off your shoes and the waitress (not sure if that’s really the best word) came to kneel by the table to serve. 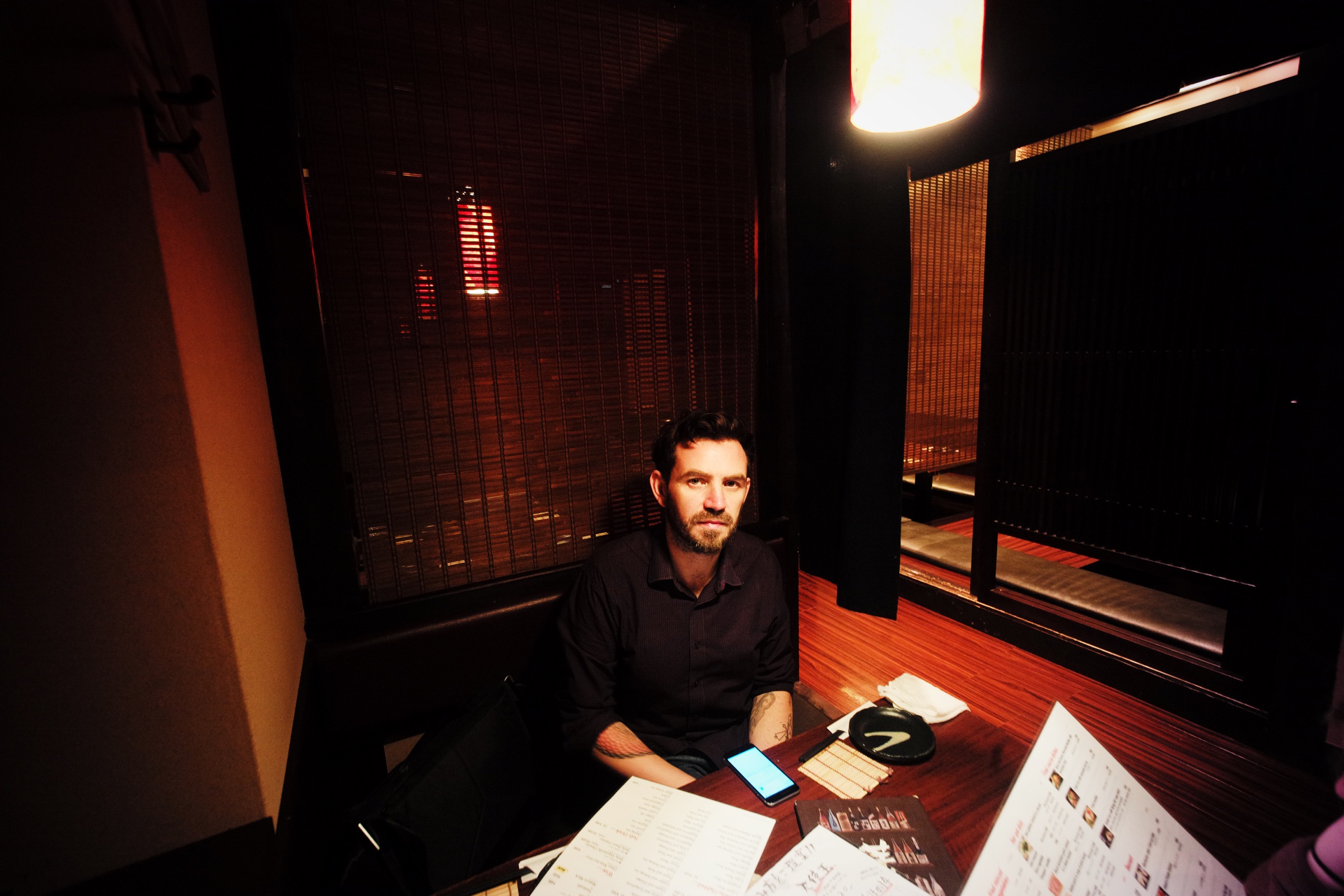 I took the chance to have horse meatballs since… YOLO… and I figured that we had been unwittingly doing so in the UK for years anyway. It wasn’t too bad. 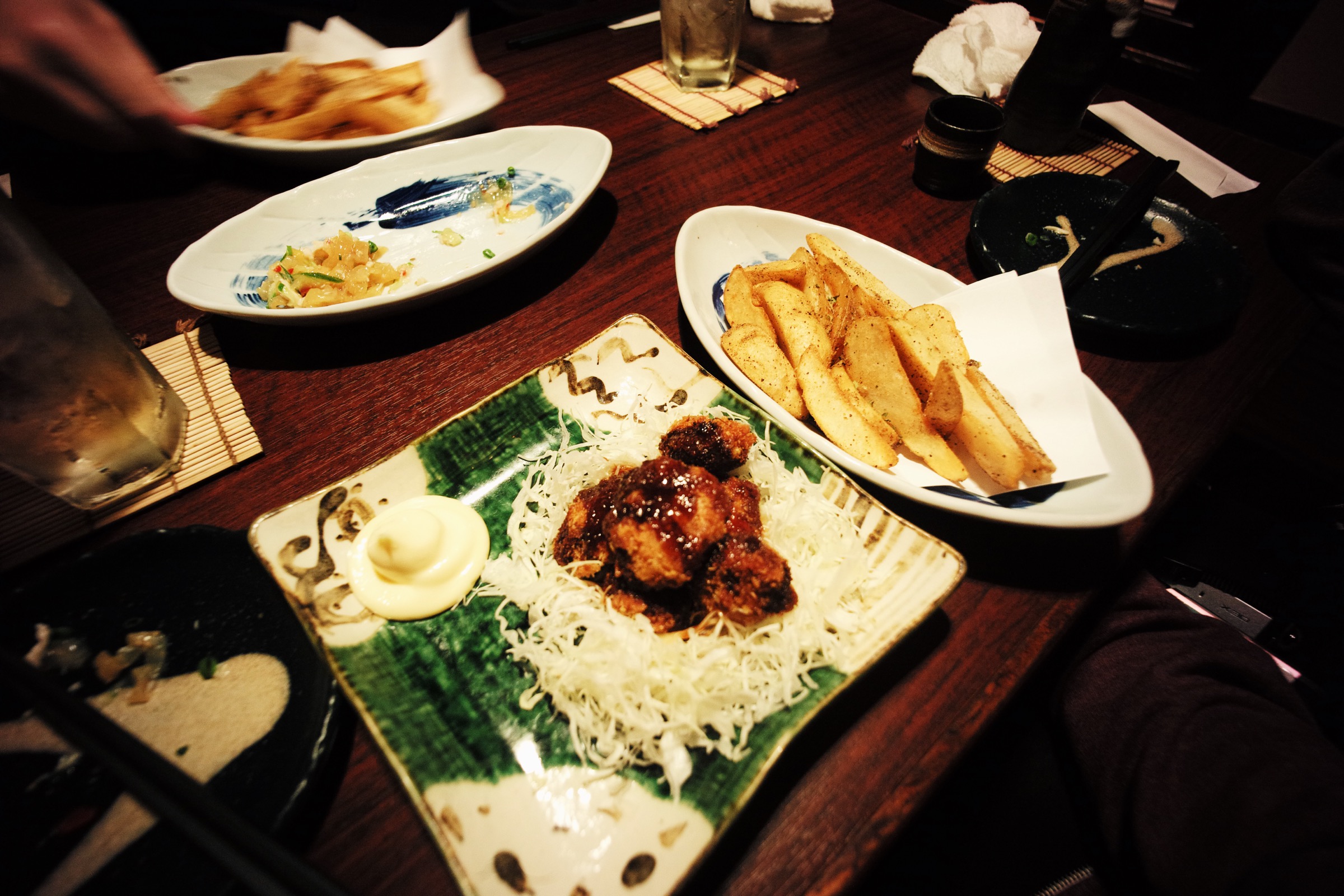 The next day, we had a fair while before we could check into our AirBnB, which was on the other edge of the city, so we left our bags in the capsule hotel’s lockers, and set off to explore a bit further. Luckily, the countless shrines that make Kyoto famous more than make up for the rather disappointing first impressions from the centre. 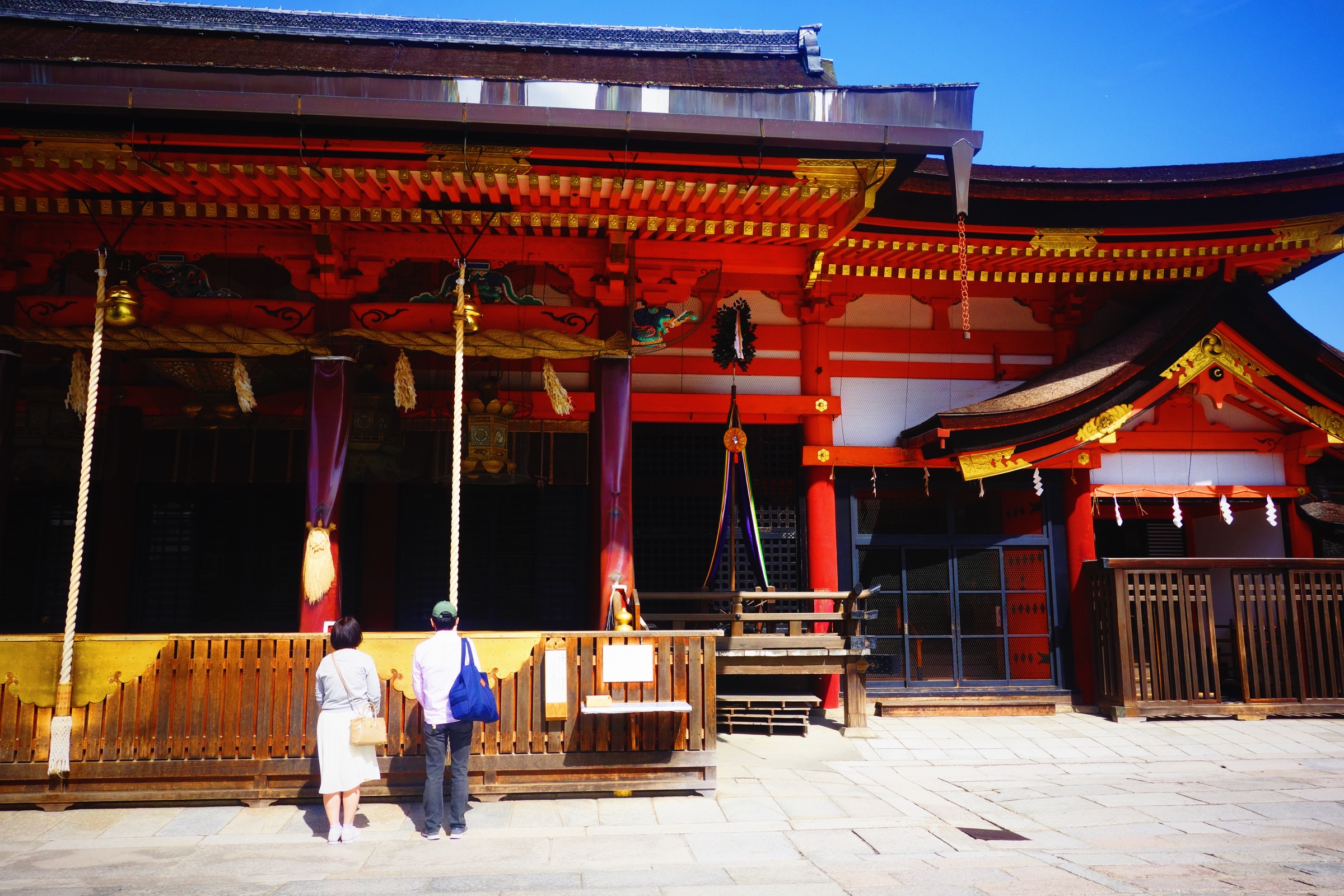 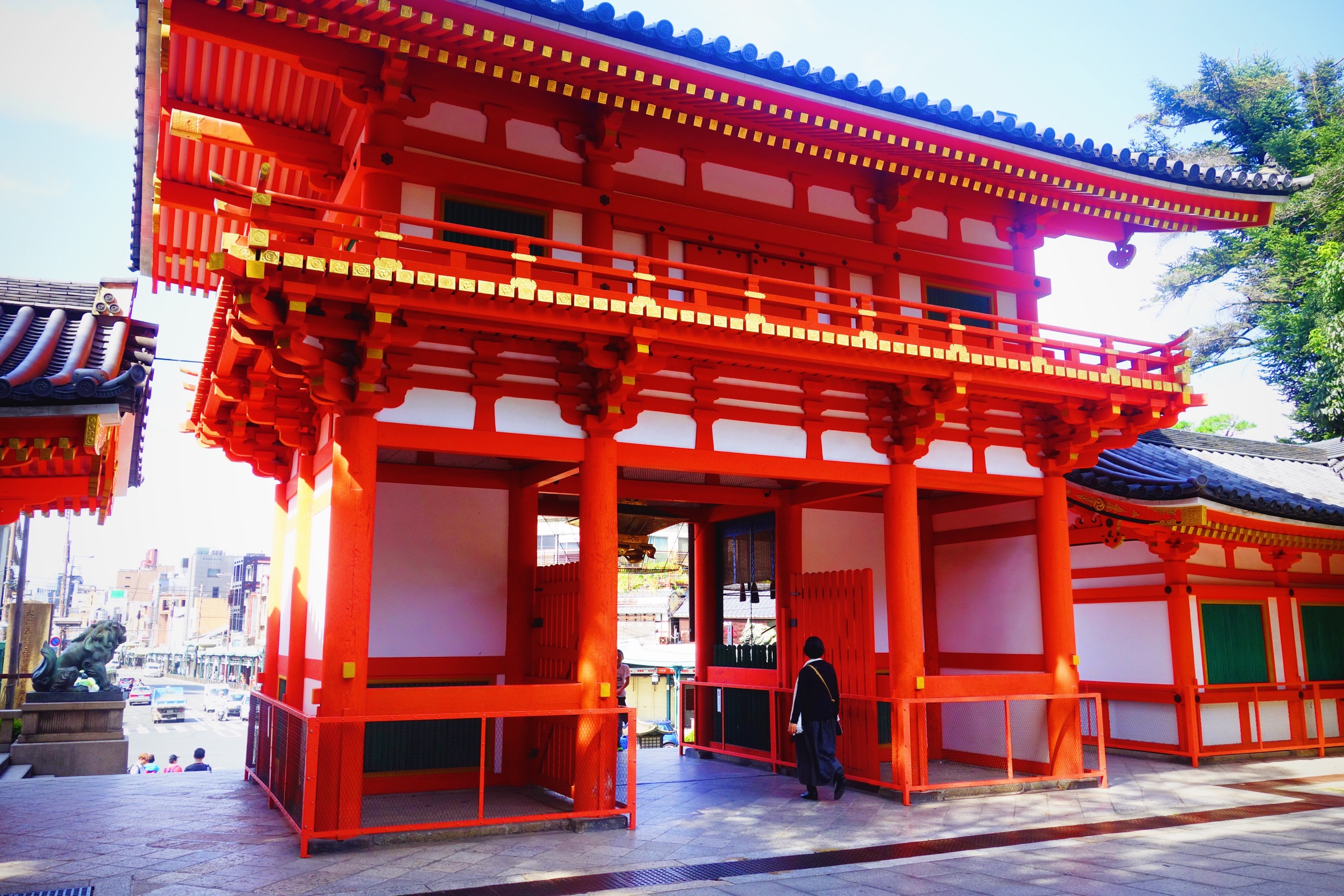 At this point, our perception of Kyoto began to change, and you can probably see why. 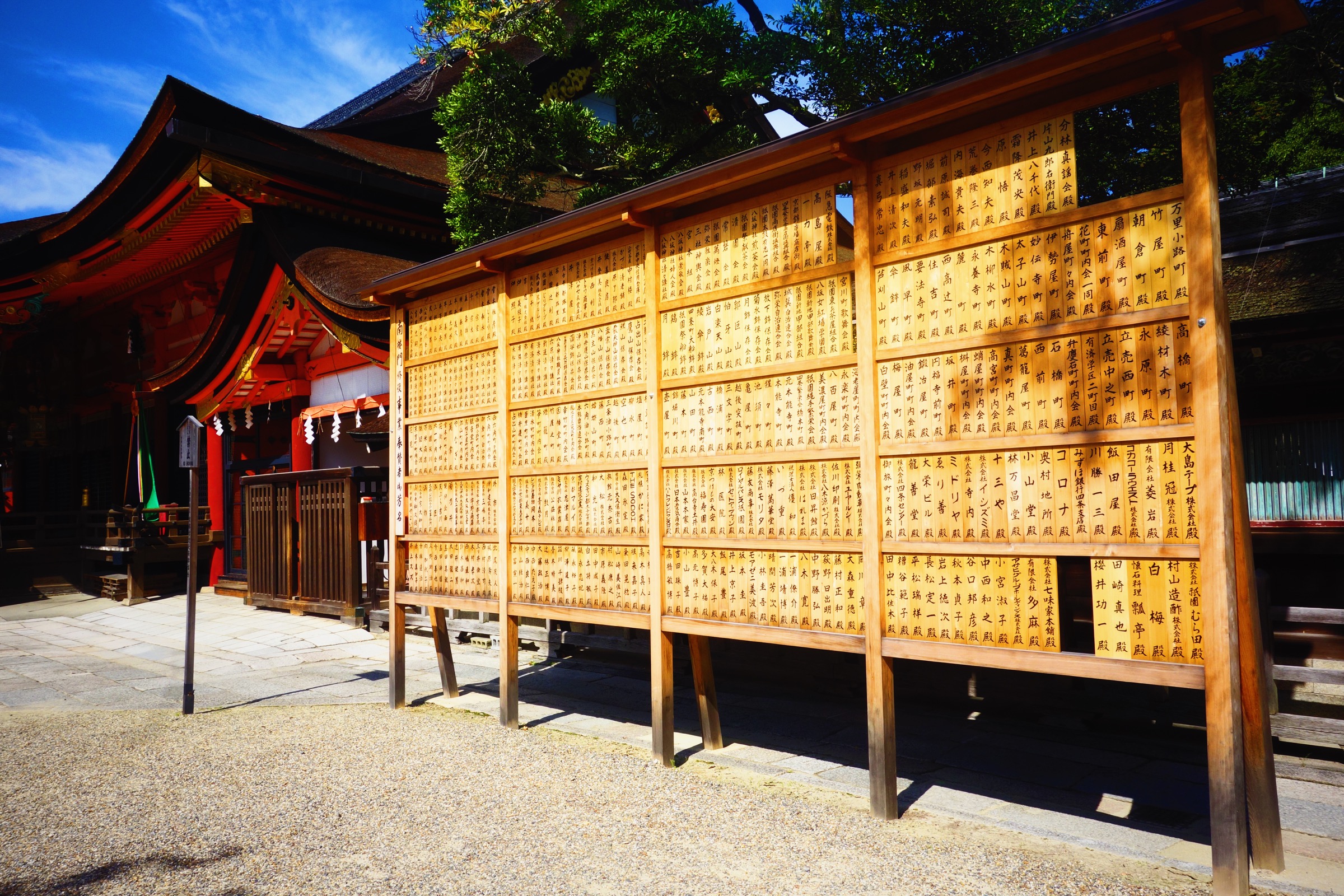 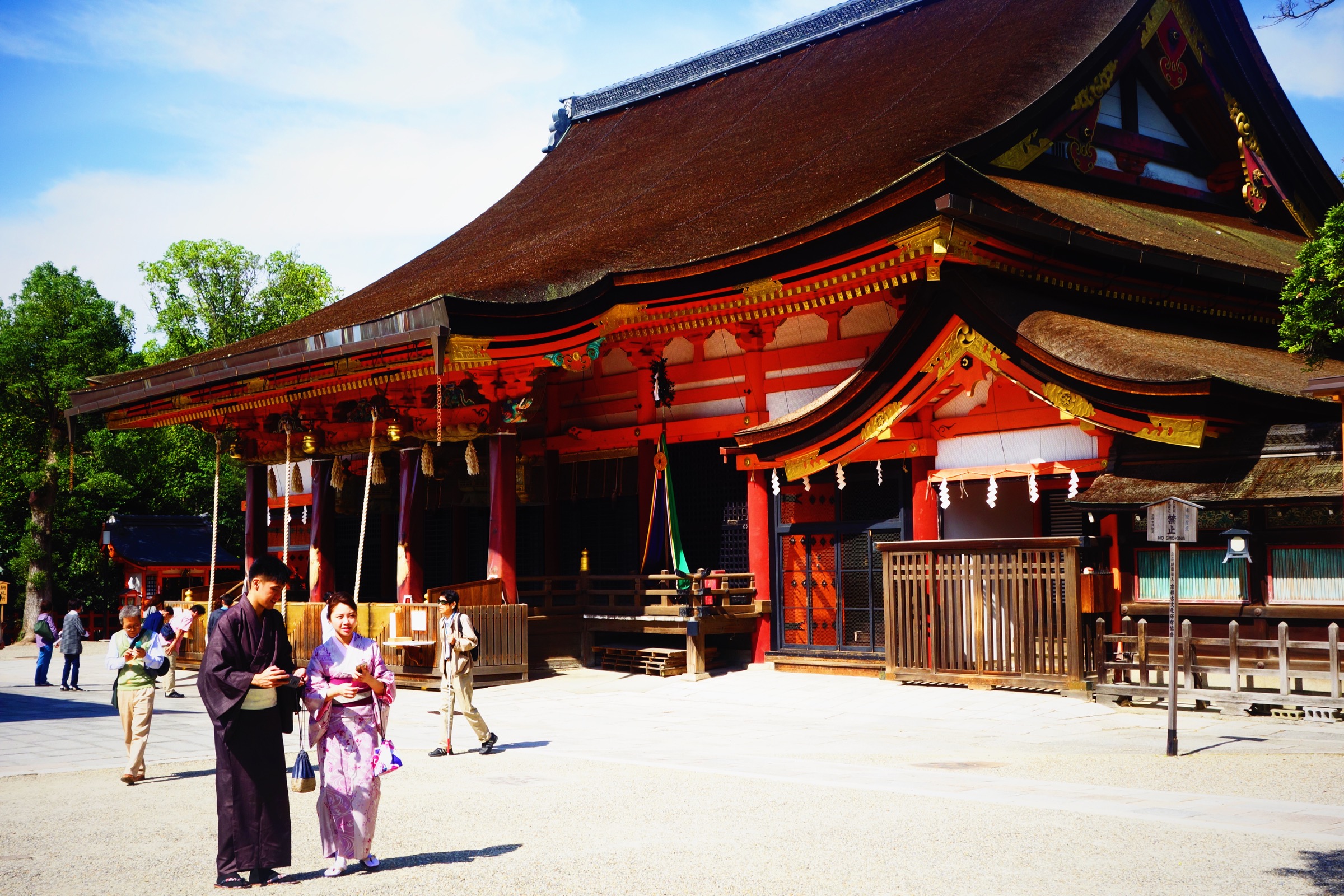 It doesn’t seem like Kyoto is a particularly great place to hang out and eat or drink as you might expect from a city, but that doesn’t take away from the undeniable charm of the place – or how unbelievably beautiful parts of it are.

We spent a whole day wandering around, getting lost (largely because of my bad map reading), and stumbling upon the most amazing temples. They were everywhere. It was a very different experience to other parts of our trip. Of course, I stupidly didn’t charge my camera batteries properly for this leg, so resorted to shooting film for most of the day. Those pictures will appear in another post at some point. To that end, you might be wise to consult the photos of my companions from our blog written at the time here. 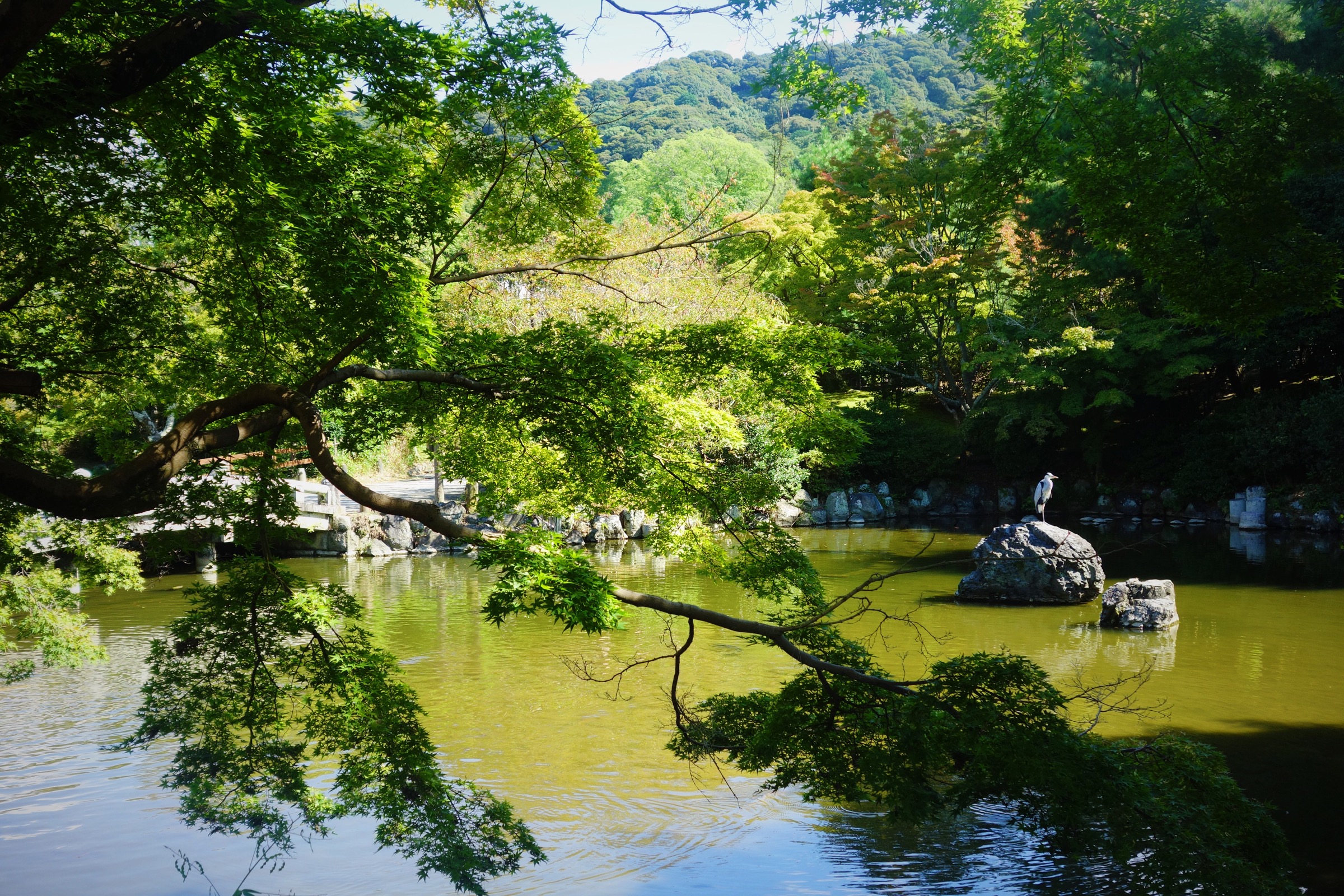 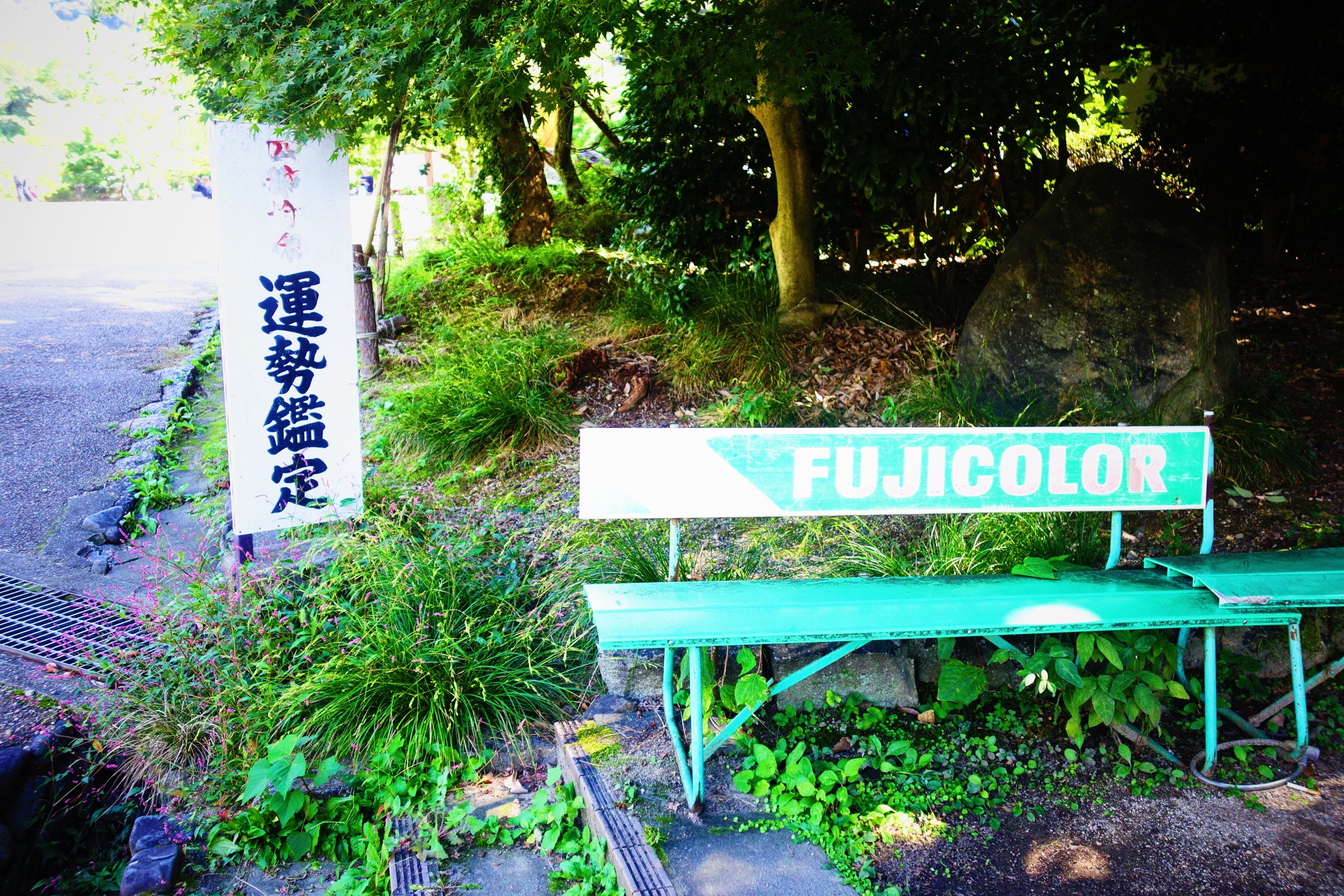 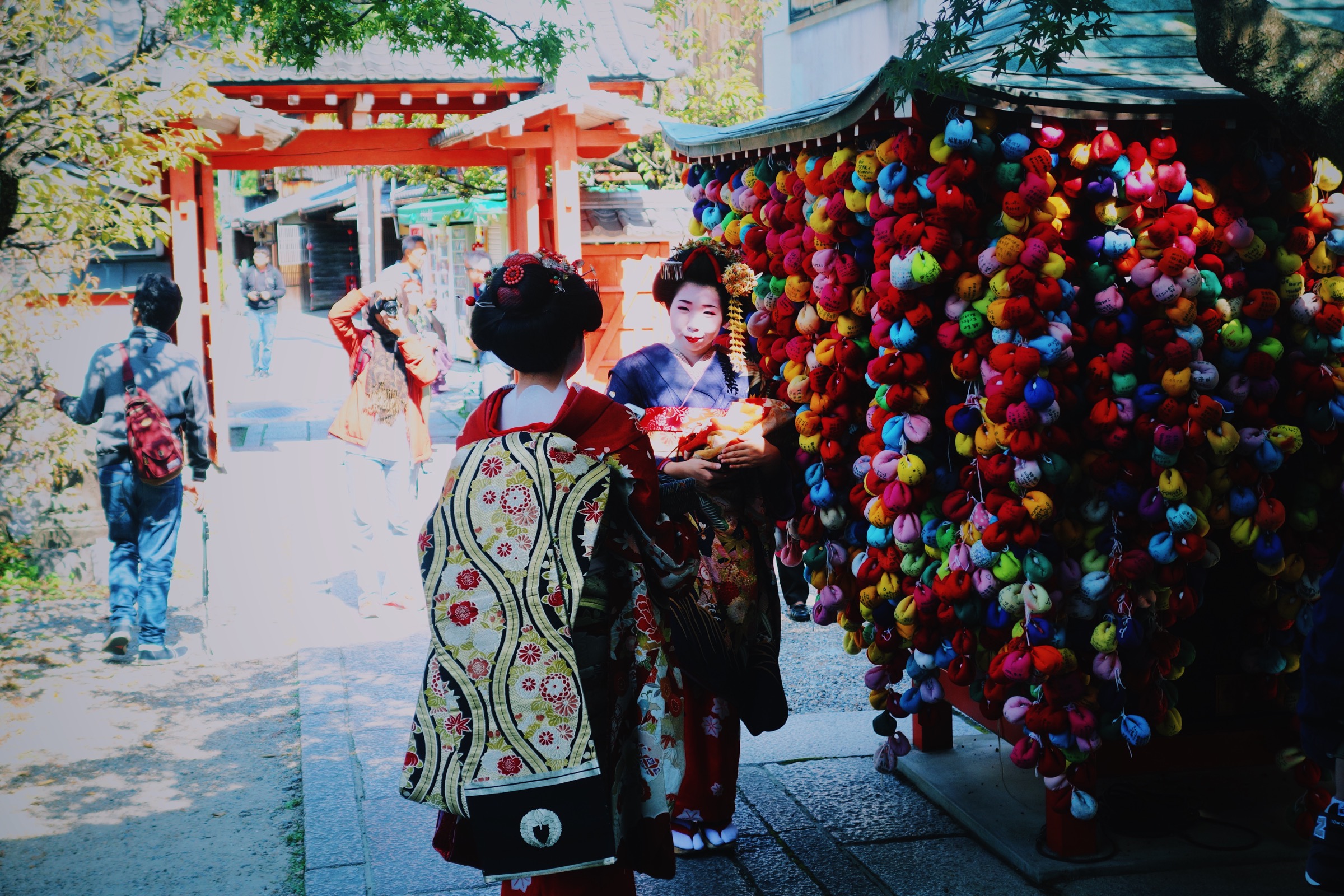 At the end of the long day, we finally found our AirBnB and managed to get in. It was far out from everything, and it took us ages to find – but we managed. Of course, the problem then was that getting the key itself was like something out of the crystal maze, with locks contained within locks within locks. That’s one of the issues with AirBnB in general. The last thing you want to discover when you are exhausted and thousands of miles from home in a strange place with no internet access is that you can’t actually figure out how to get in. When we did though, it was pretty good, and we took some pictures on the street before heading to bed. 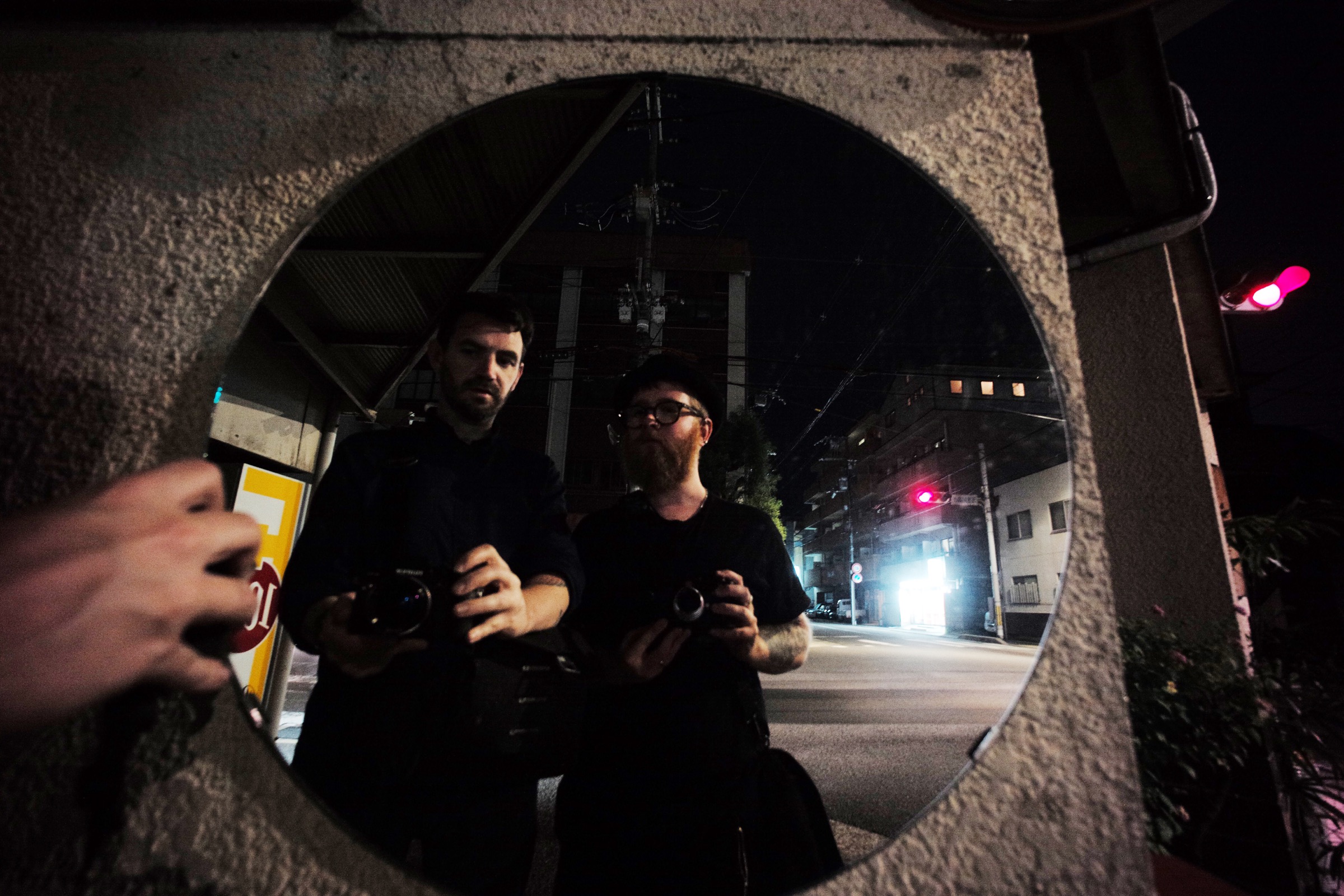 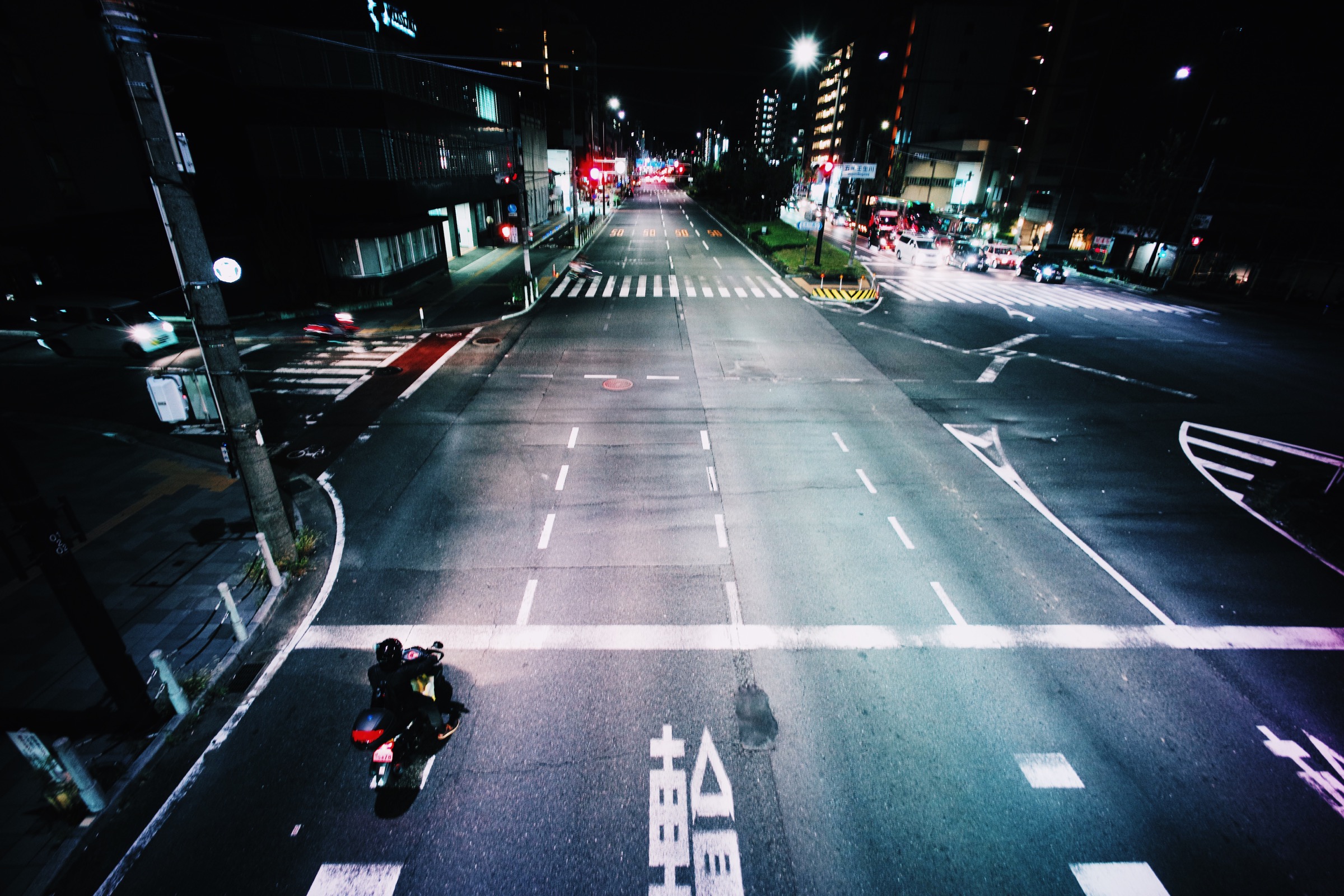 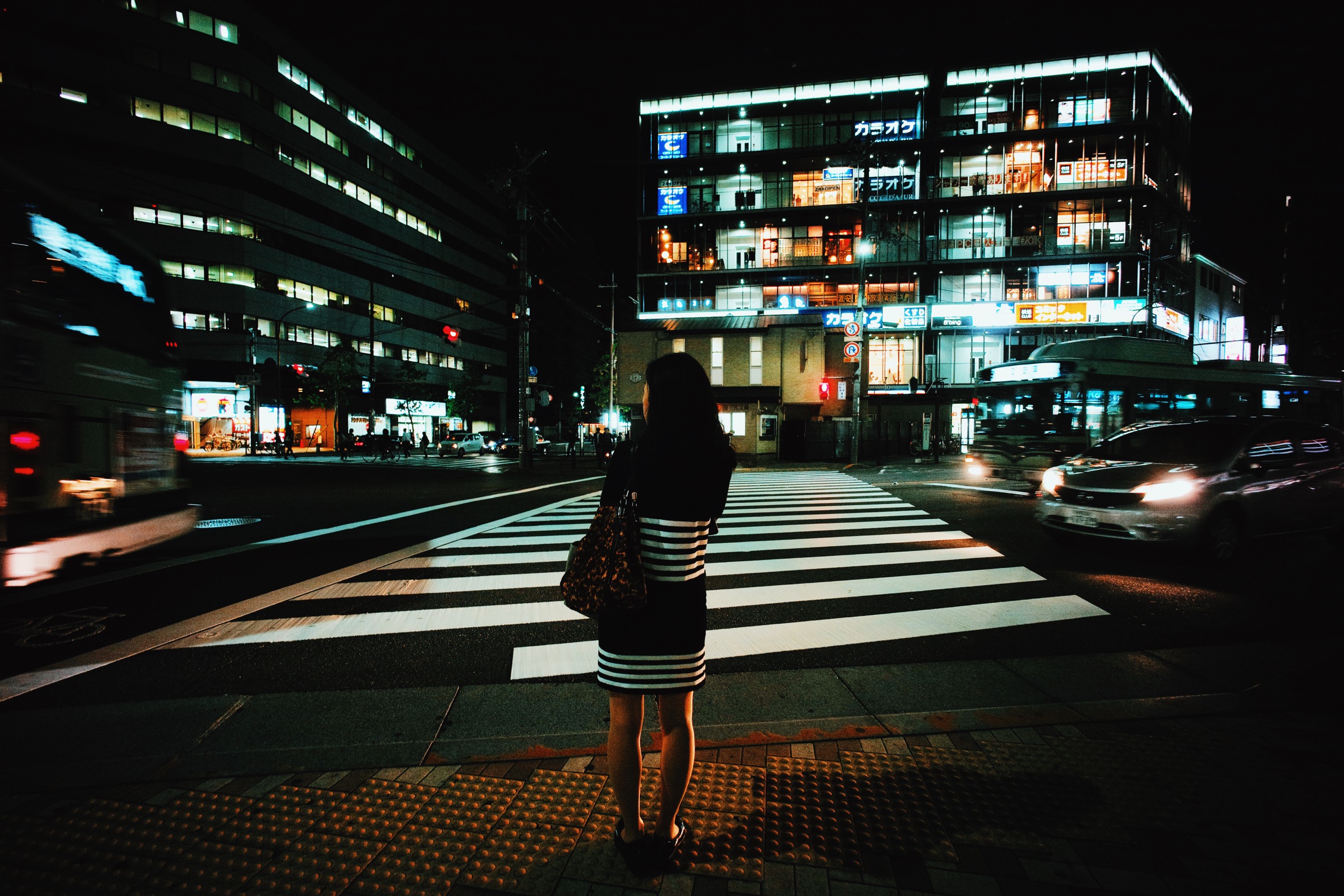