At this point, the timeline of when exactly things happened gets a bit hazy. This is partly because the three of us did our own thing for a day or two in Osaka, and things fell out of synch a bit. This wasn’t because we were sick of each other necessarily – though it was probably smart given we were spending 3 weeks in close proximity – but more so because one day one of us didn’t feel great, or was exhausted/hungover/wanted to see something different, etc. As it so happened, Osaka was a bit of a welcome break in many respects, as it felt a lot more chilled out than the time we had spent in Tokyo, which was GO GO GO GO a lot of the time.

No matter what was going on, there was endless supplies of ramen to be eaten (gluten intolerance be damned), and always a new set of dancing girls along the canal, with fanatical middle aged male fans inexplicably dancing along and singing every word. 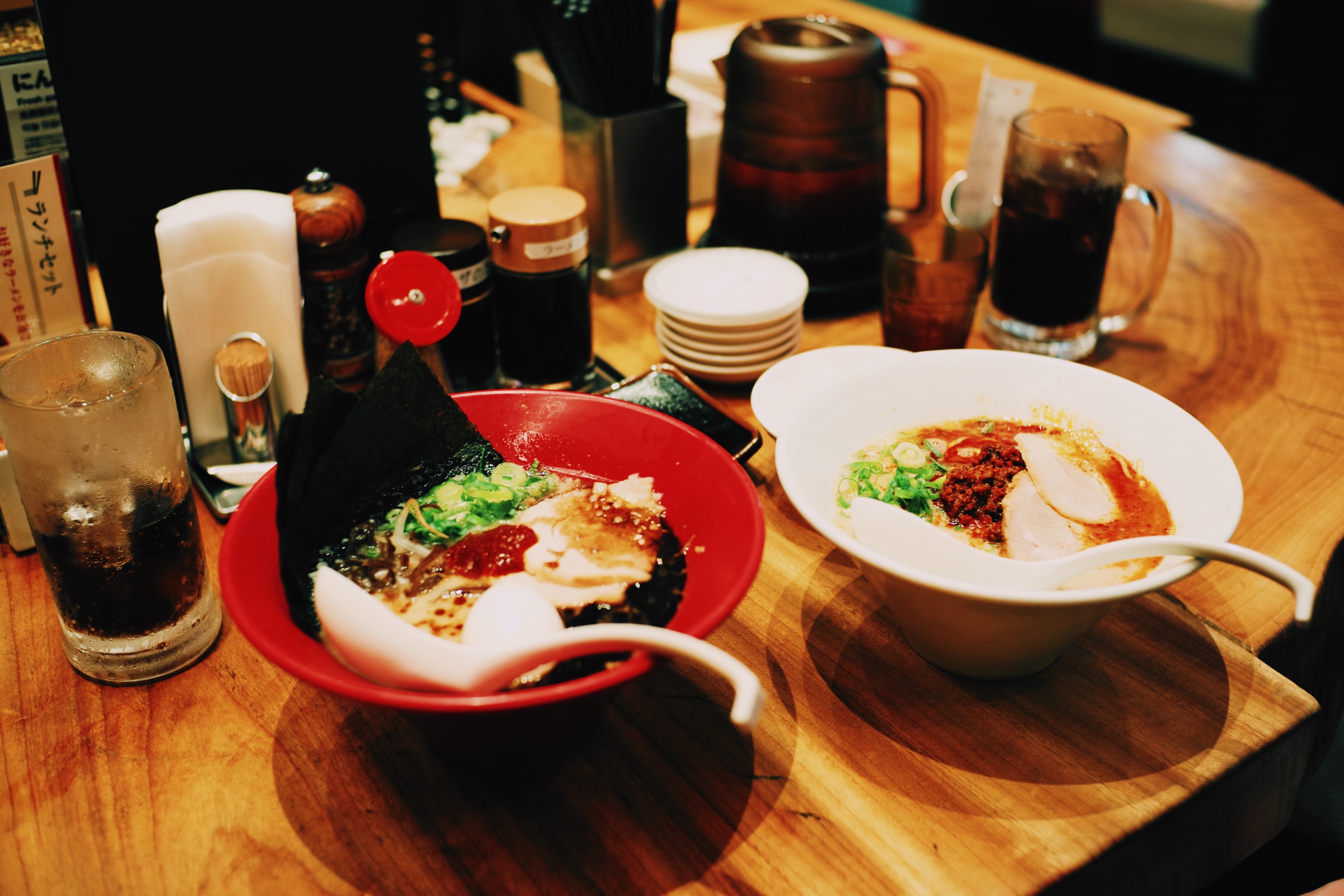 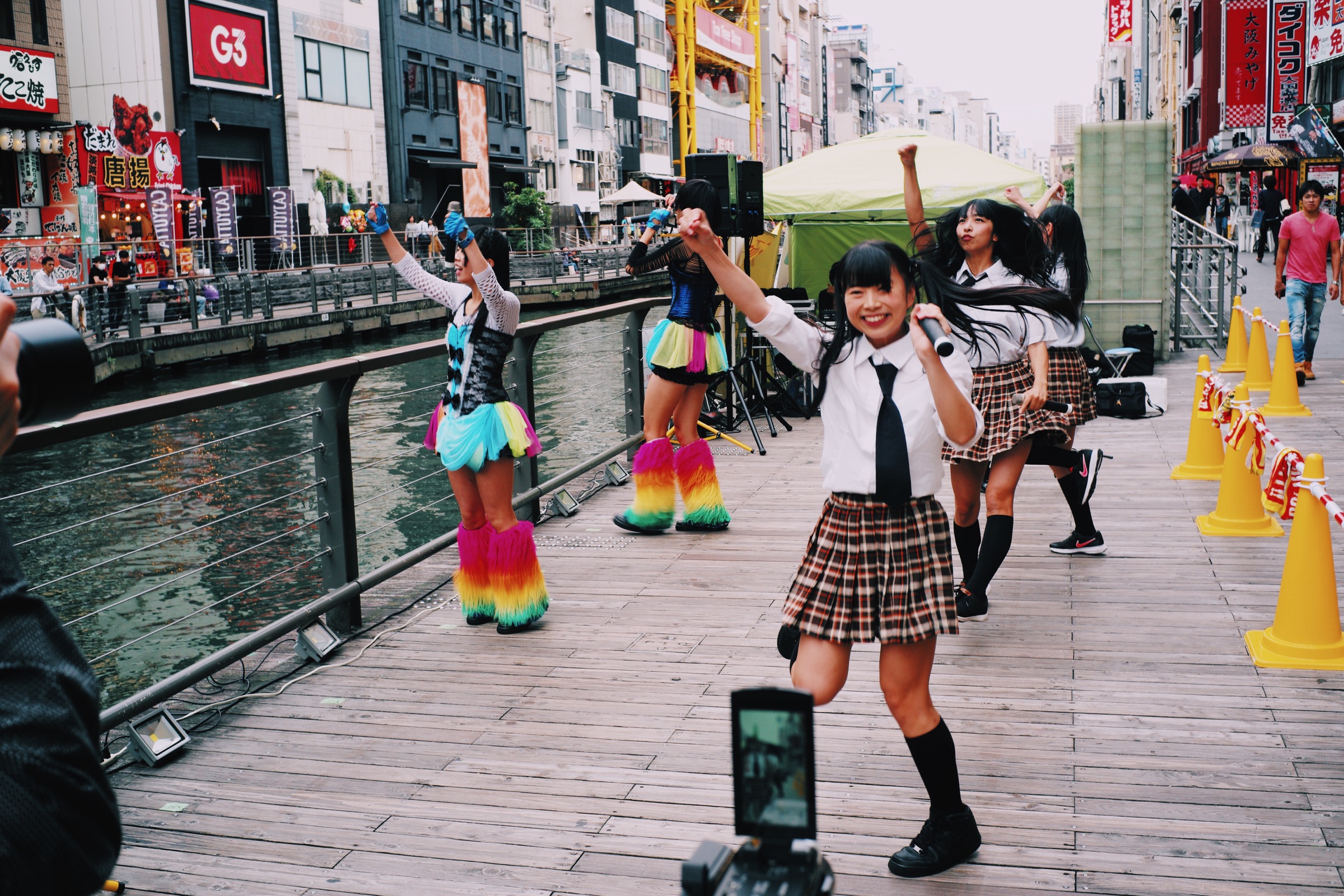 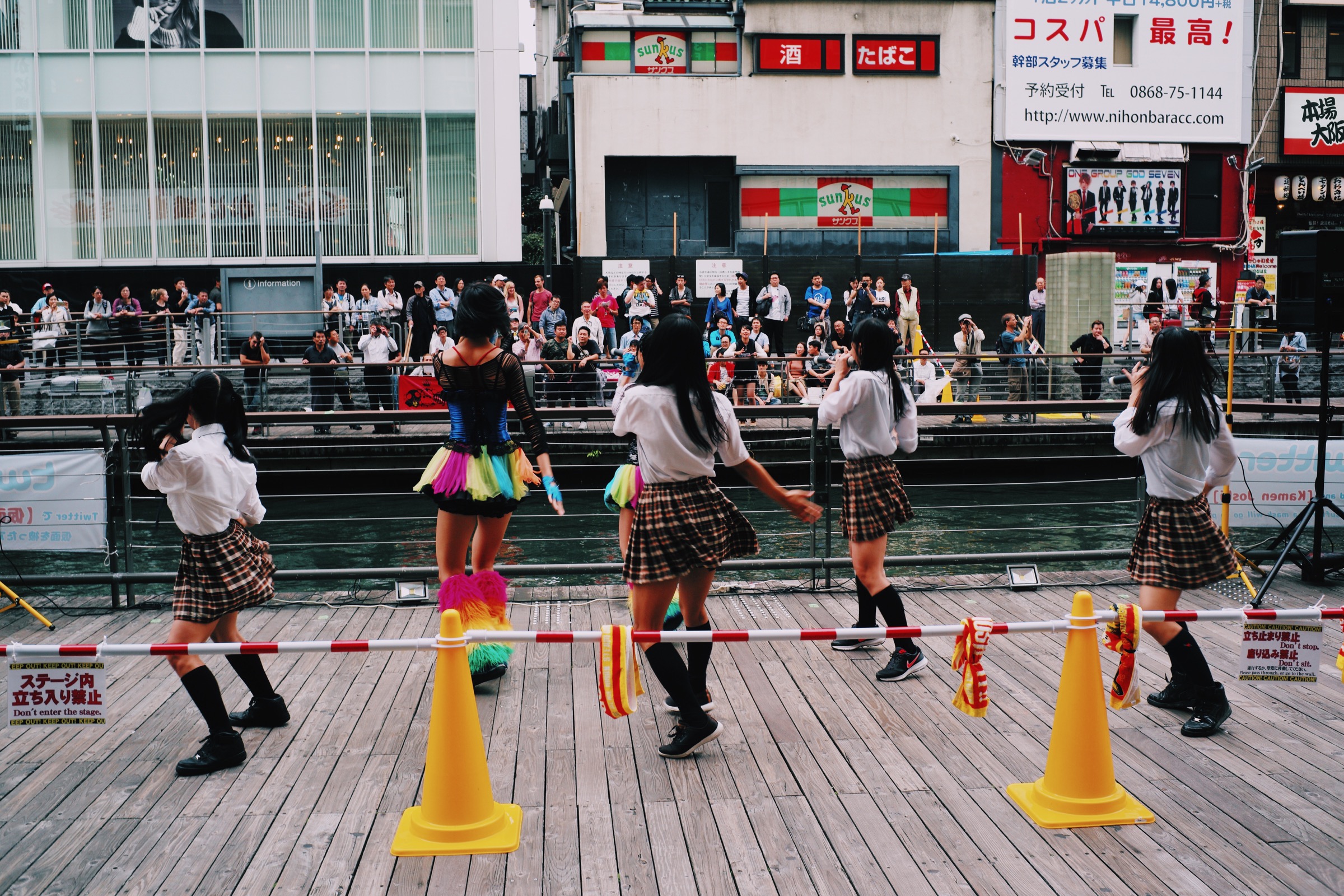 On one of the days, Grace and I headed up towards Osaka ‘Castle’. Along the way we stumbled upon this really strange kind of… fete? Though it wasn’t clear exactly what people were selling, or what the point was. We were the only non Japanese people there, and wandered about for a while looking lost and confused. I was shooting a lot on film at this point, but Grace did get this picture though… 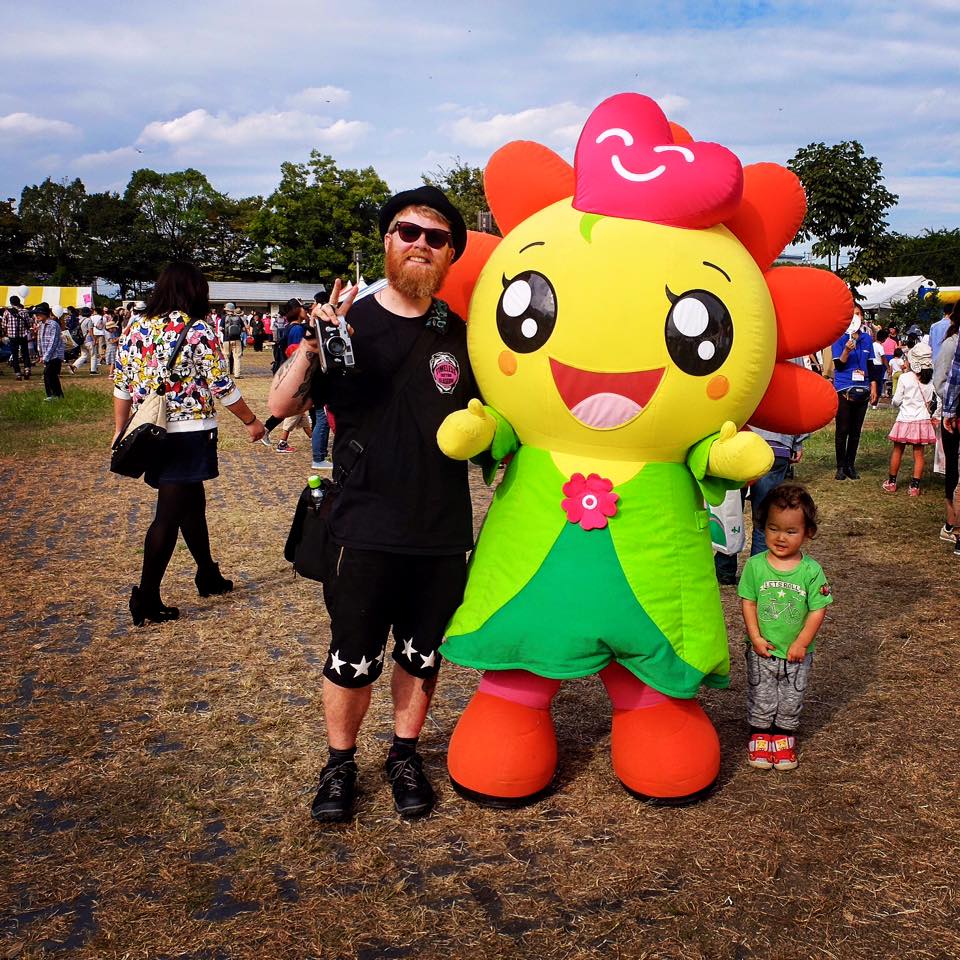 When we did reach the castle, the grounds were pretty nice. 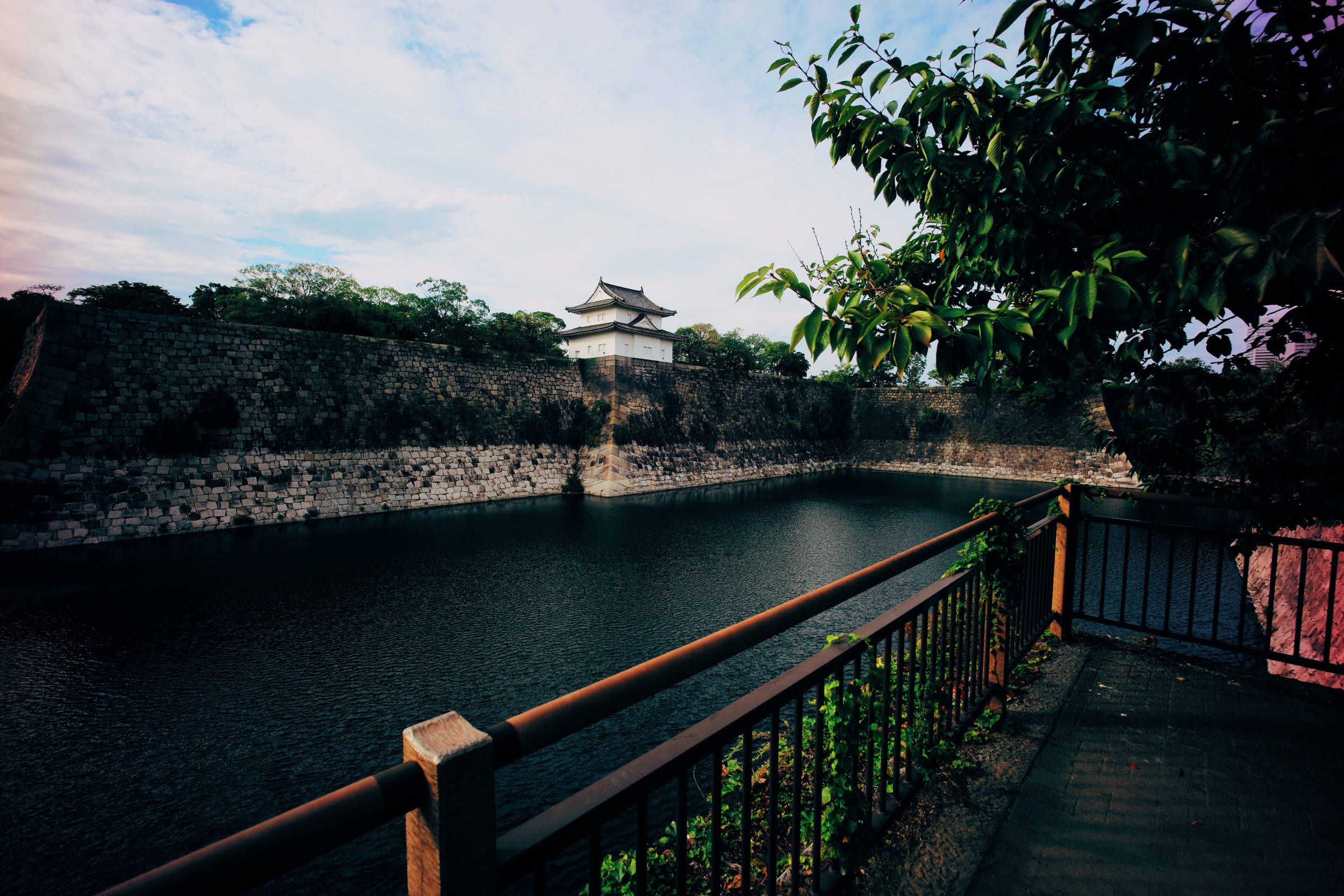 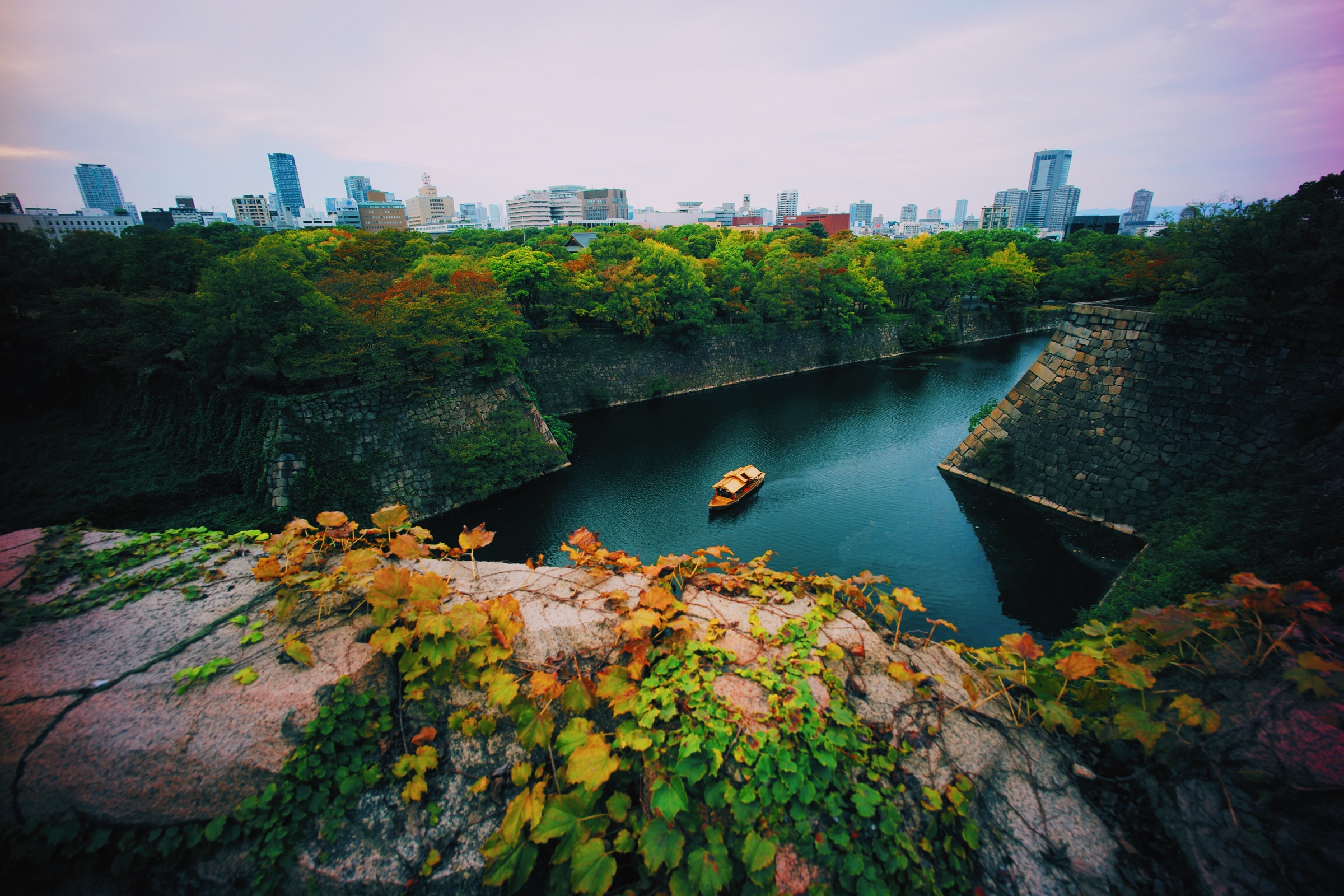 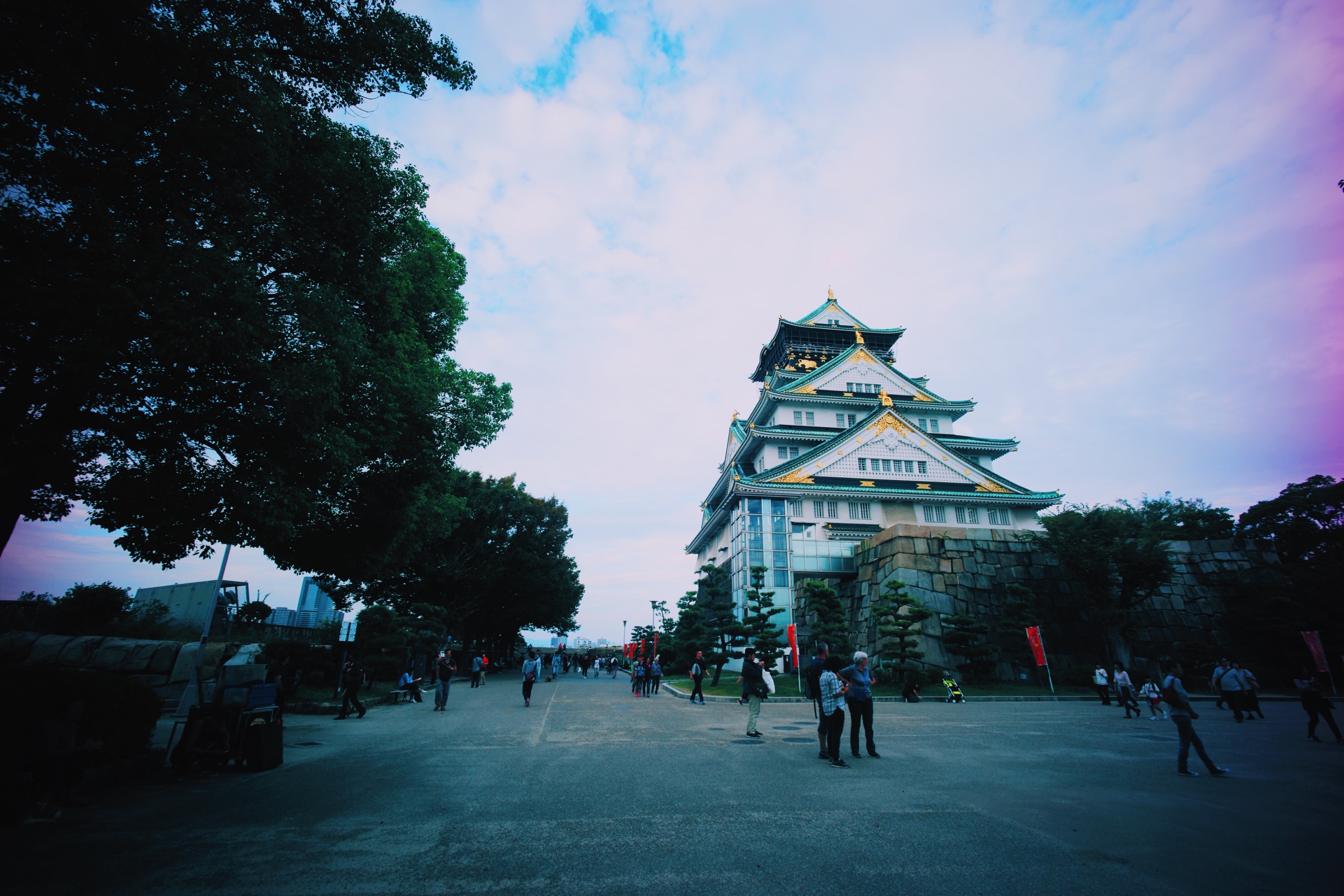 The funniest part for me was seeing how the Japanese treated such historical sites. You might expect them to be free from the frivolity found elsewhere, but no. There were ice cream vans and cartoon characters all around. People seemed to be far more interested in whatever was going on with this matcha dog than the castle… 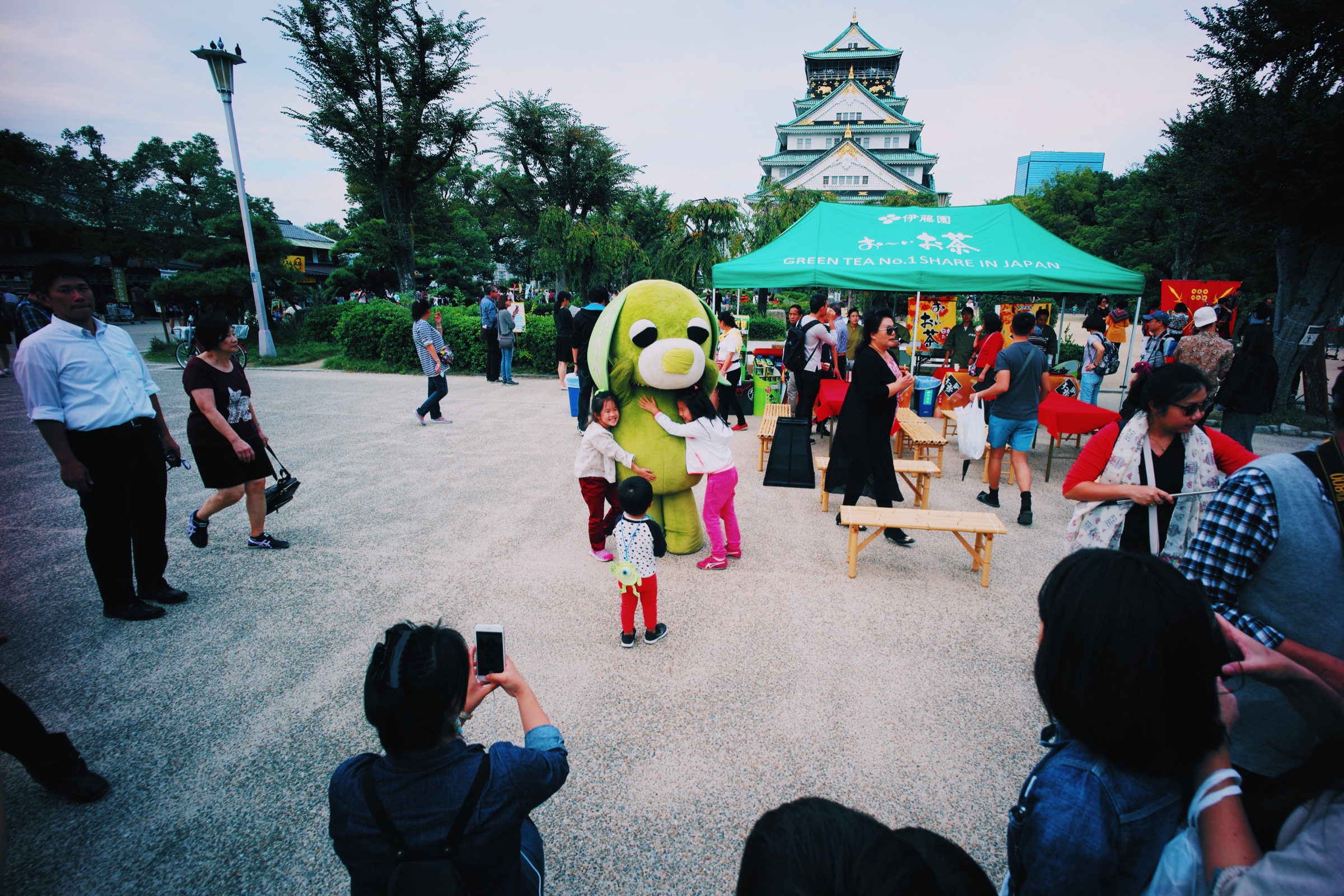 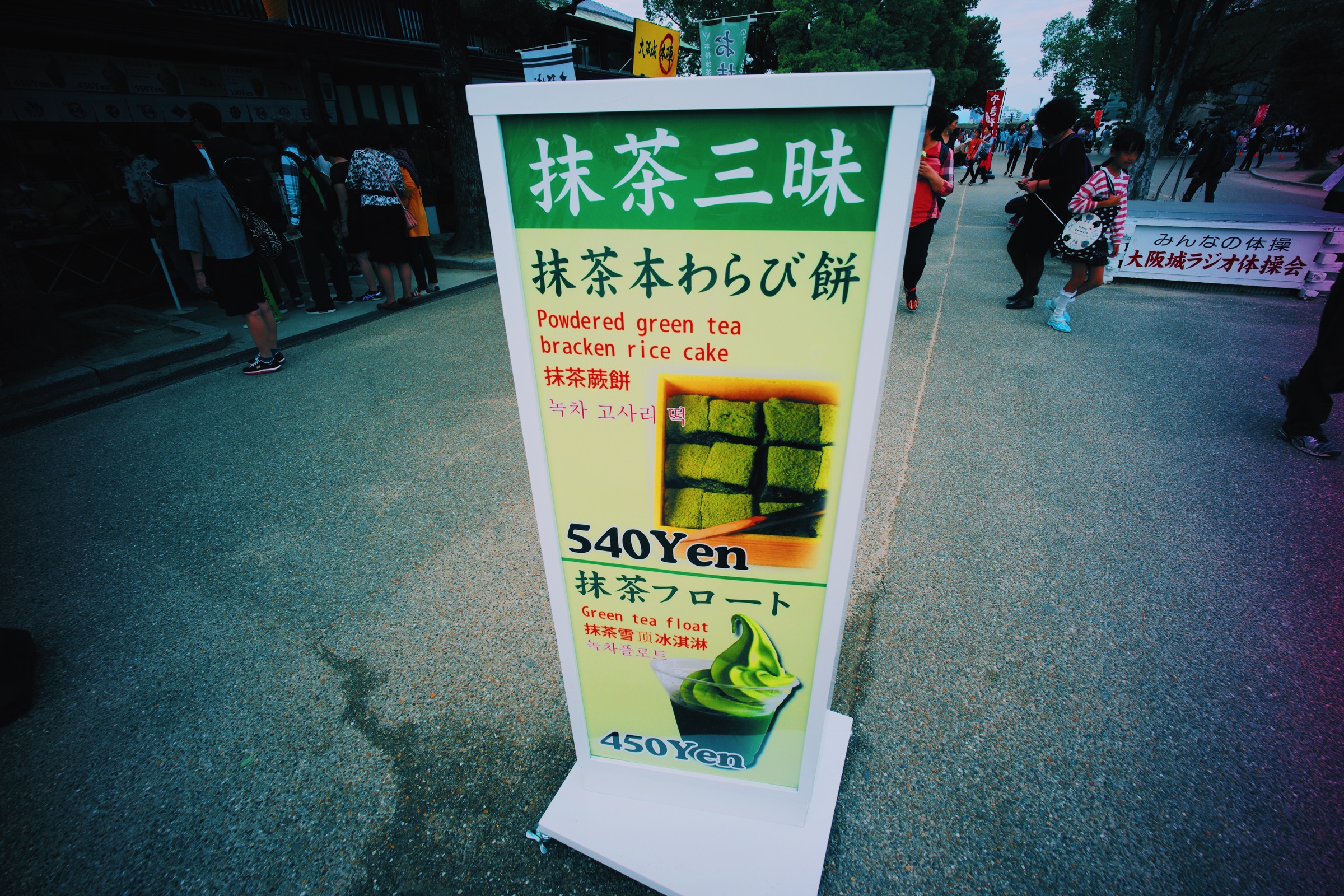 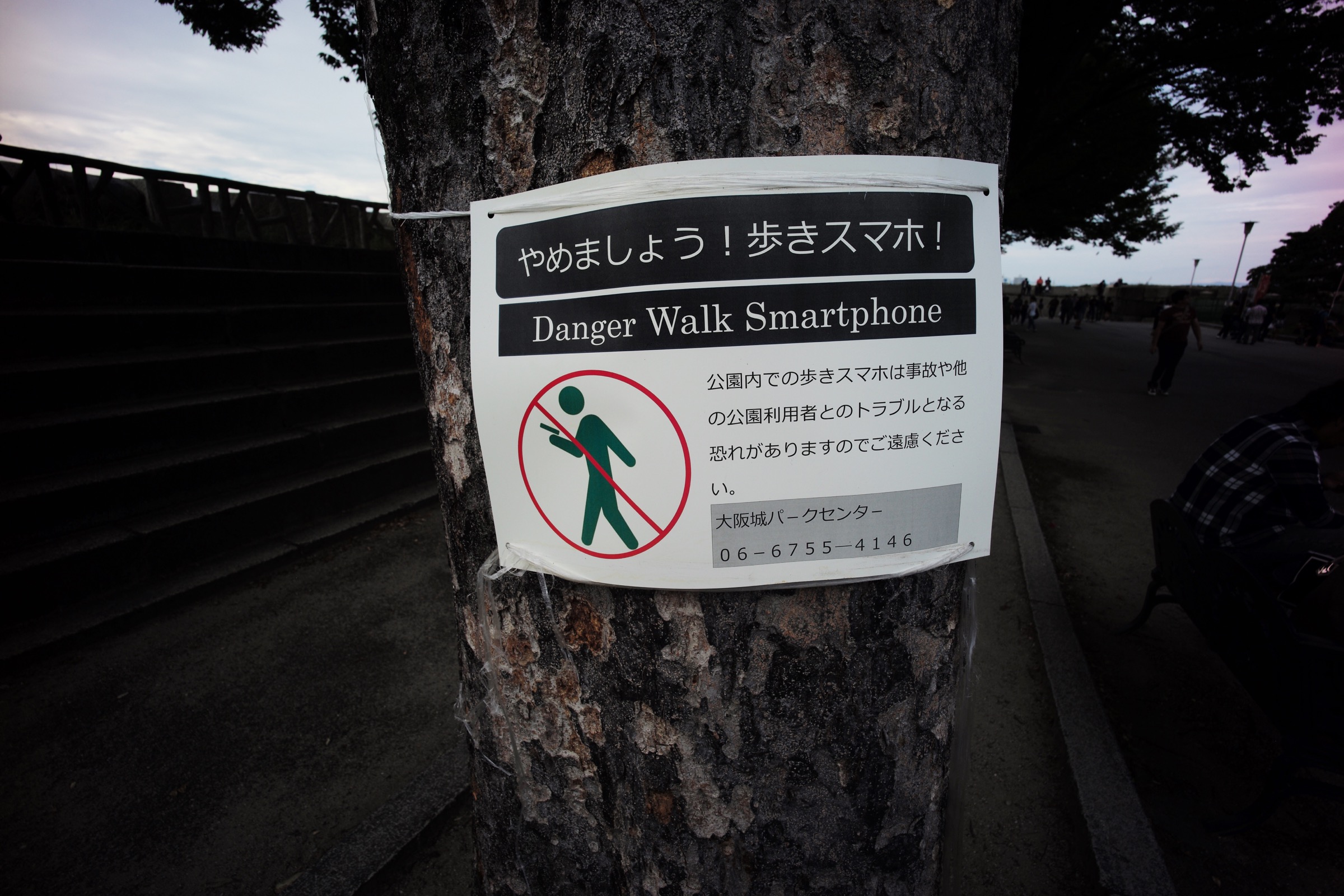 We wandered on deeper into Osaka, and passed an impromptu live mini festival thing going on in what appeared to just be a pedestrian walkway. Some of the bands seemed to take things very seriously, and others… well, we weren’t quite sure what was going on. 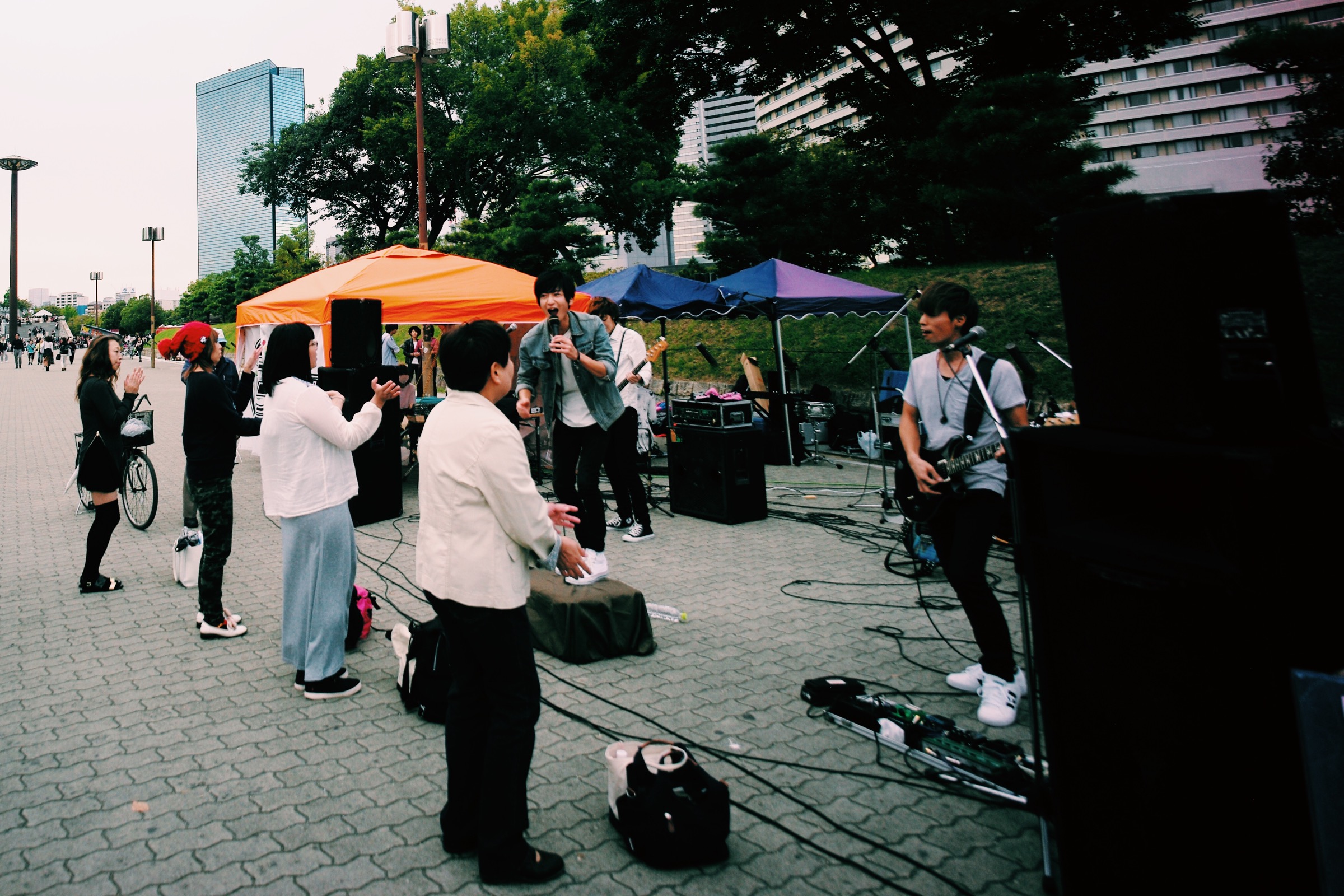 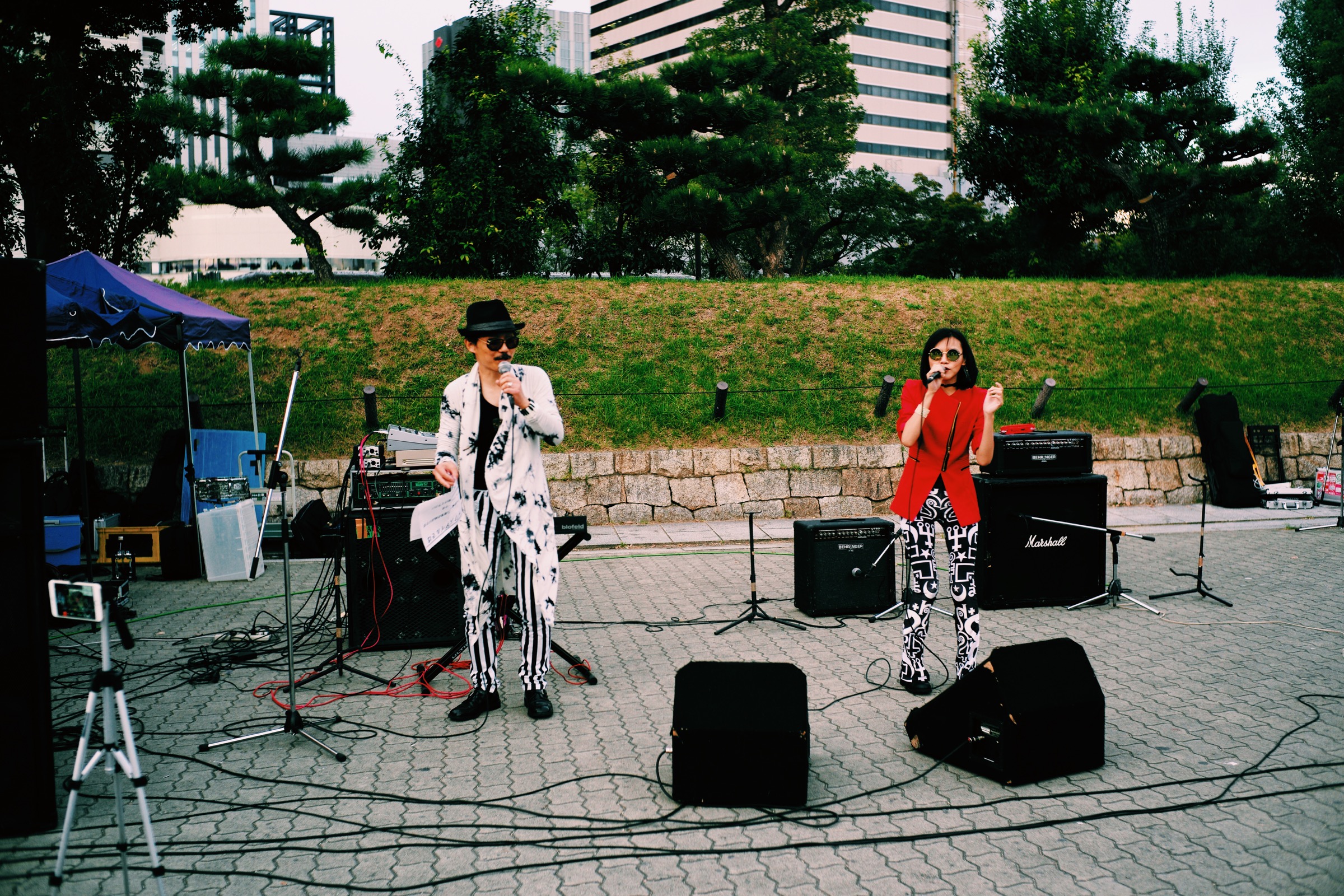 The rain began to come on, and we quickly found ourselves in what felt like a much more laid back – or at least residential -part of the city, which certainly had no tourists kicking about. 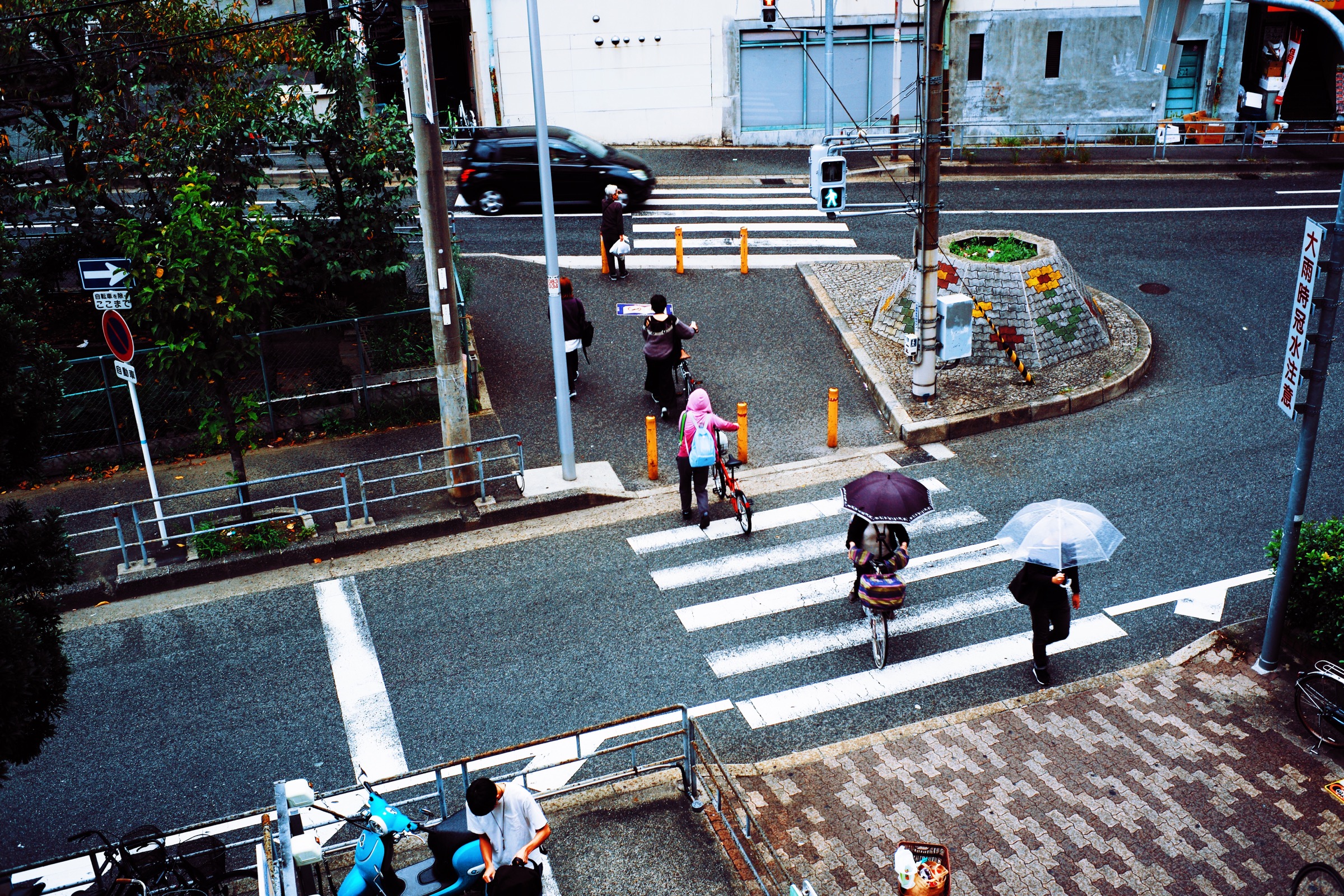 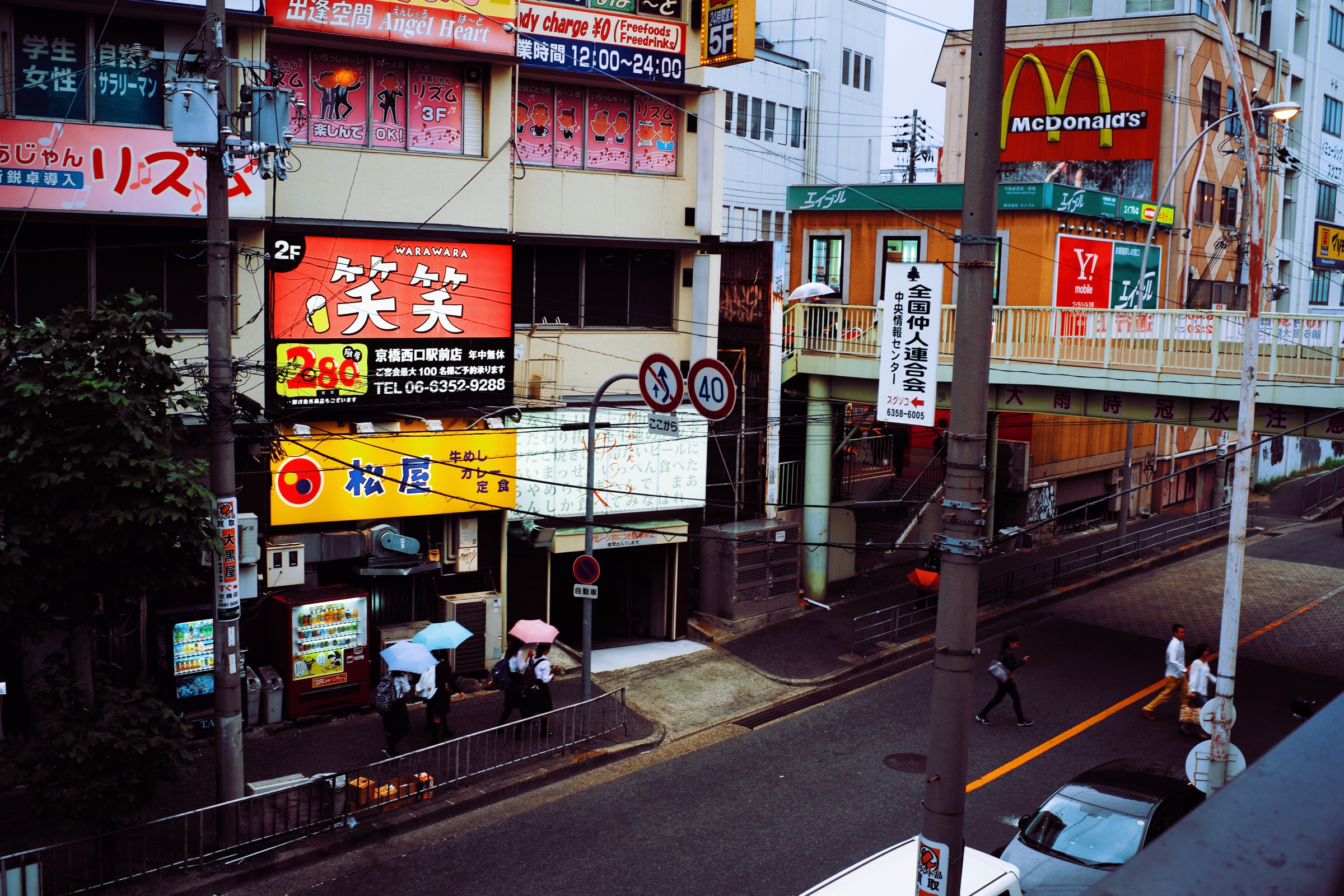 I liked the colourful umbrellas. Nobody seemed to wear rain jackets here. Probably down to the humidity. 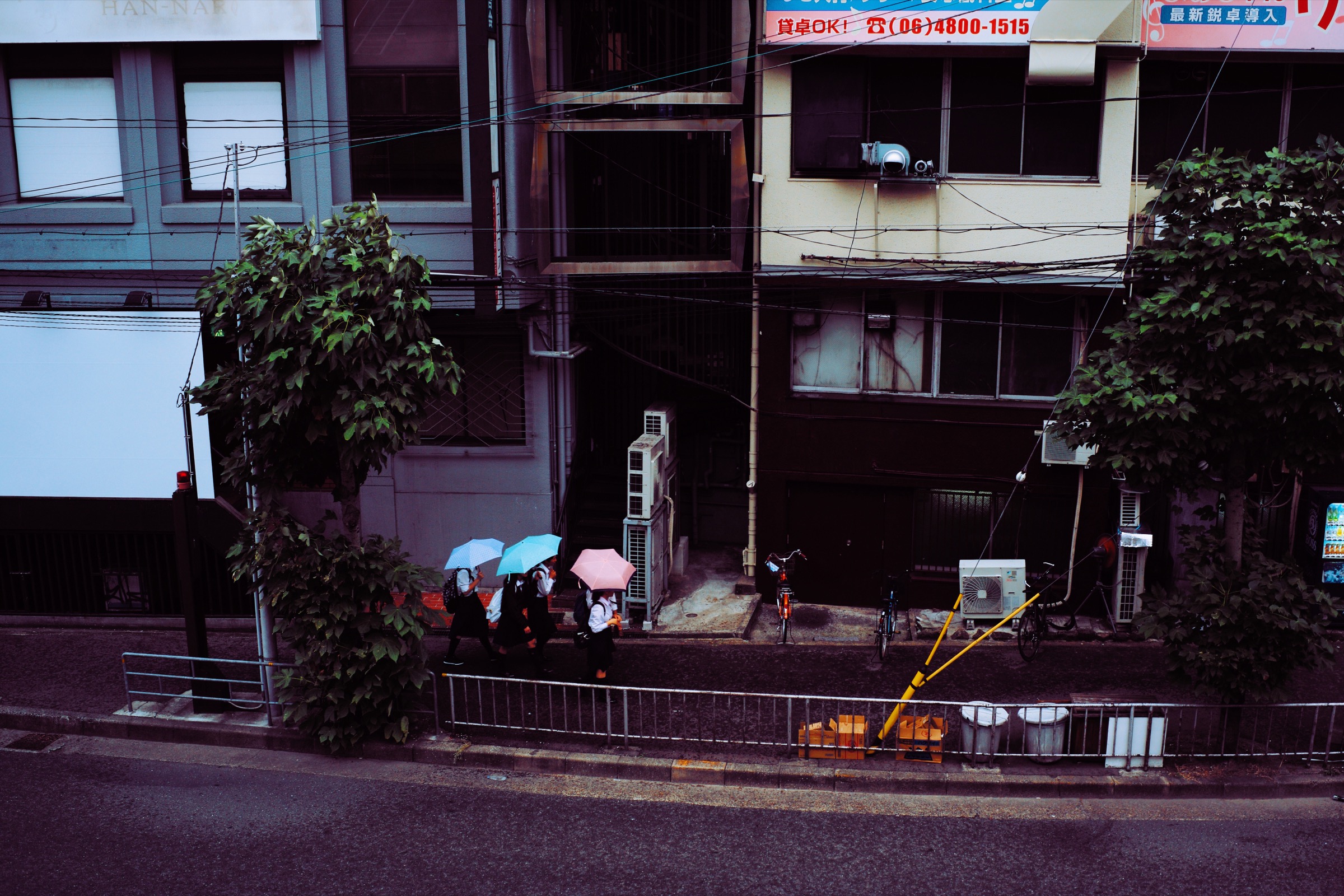 We had been trying to find some ramen, but it was proving difficult for some reason. Lots of the places seemed to be either closed, dodgy looking, or full up. I think we began to get the fear a little bit as can happen when you are in an entirely new place where nobody speaks your language, and you don’t know any of the cultural norms. As it happened, we ended up in a ‘Korean’ BBQ style place again, which wasn’t exactly what we wanted. We were tired and a bit frazzled, and it was at this point we encountered our first (and only) real problem communicating. There was basically two different kinds of menu you could get. One included premium meats, and one was just standard. However, we had literally no idea what anything said, or what the setup was, and it seemed impossible for our waitress to understand. I think we bamboozled her completely.

Oh, I forgot to mention. I had pretty much completely lost my voice at this point of the trip, and so Grace had to do all of the talking, so that made things even more interesting. As it turned out, we slowly began to suspect that it wasn’t just all you could eat for a set price, but all you could drink as well. I found myself debating whether to go all in like any good Scot should, or to hold back just incase it wasn’t all included, but I of course ended up going for it. Since we were there anyway, we were soon ordering all sorts of weird and wonderful things, and it was actually a really good meal. We managed to not set anything on fire, and the other highlight was watching a Japanese lady try to pick up an ice cube with chop sticks. She was not very successful.

All boozed up, we moved on, heading through the area known as Amerikamura, to find a tiny 80s bar. Something that I found pretty strange about Japan was that there were lots of good shops and bars and restaurants in places you wouldn’t expect. Rather than out on the street themselves, they would be on the 3rd floor of a department store, or in the basement of a train station. This place was no exception, and we had a couple of drinks. 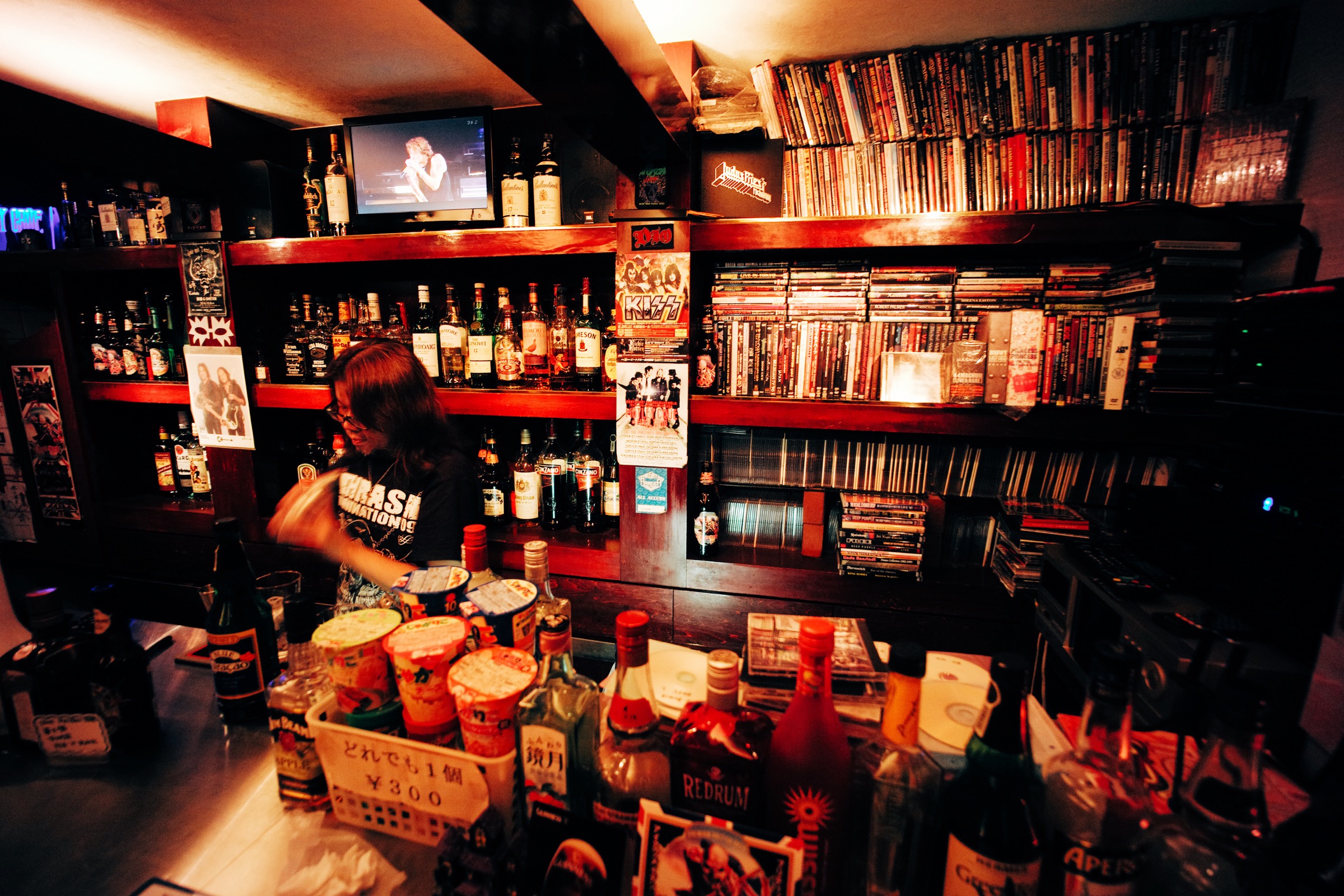 It was pretty quiet though, so we headed out to find another bar. According to Google, the place to be was called ‘Rock Rock’, and a known haunt for travelling musicians. When we turned up it was madness. It was a tiny place, and felt like a Japanese version of the Cathouse. People were going mental to some wild piano infused rock music… it’s difficult to describe. We stood out like sore thumbs even in the darkness though, and it wasn’t long before folk were trying to speak to us using Google Translate. 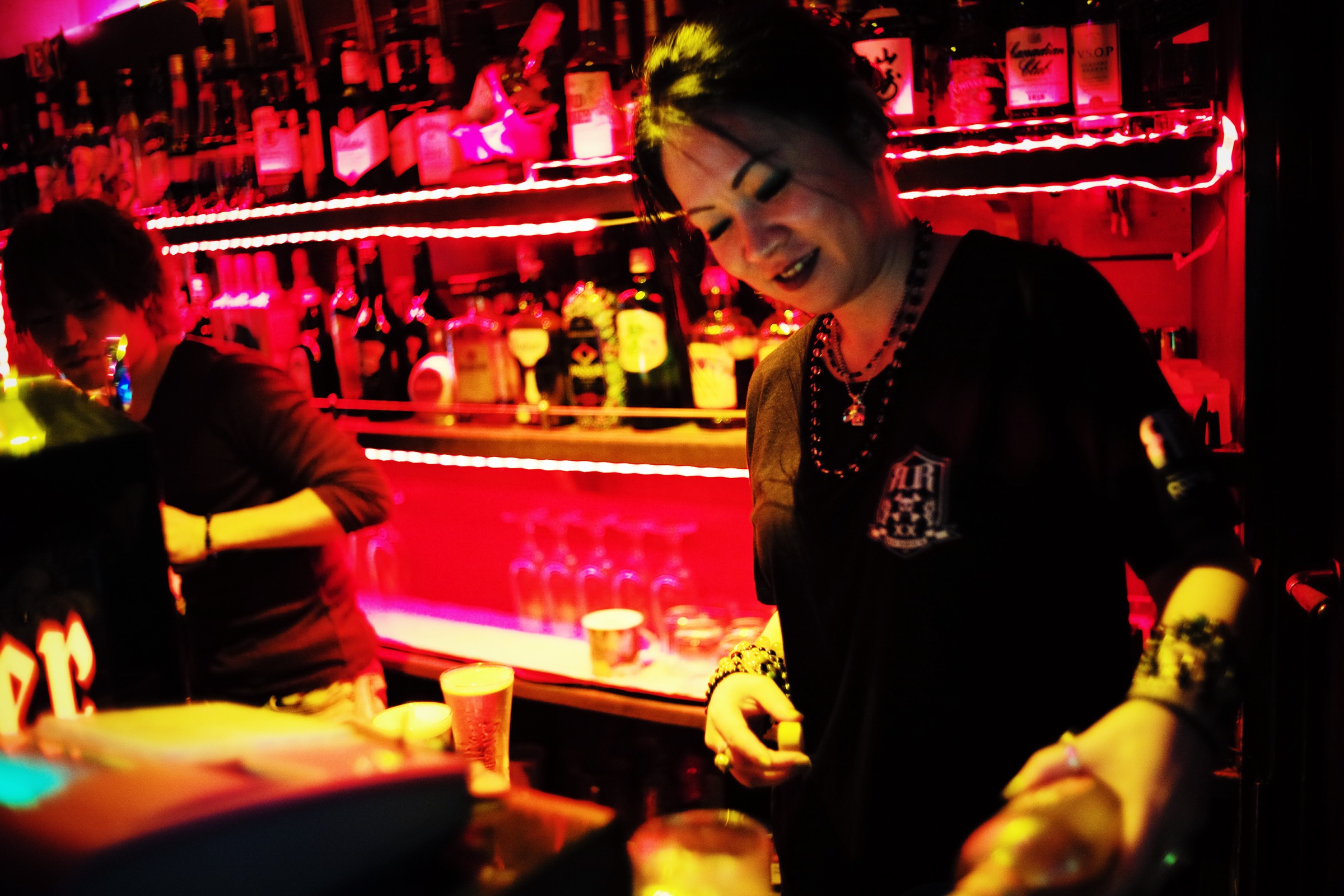 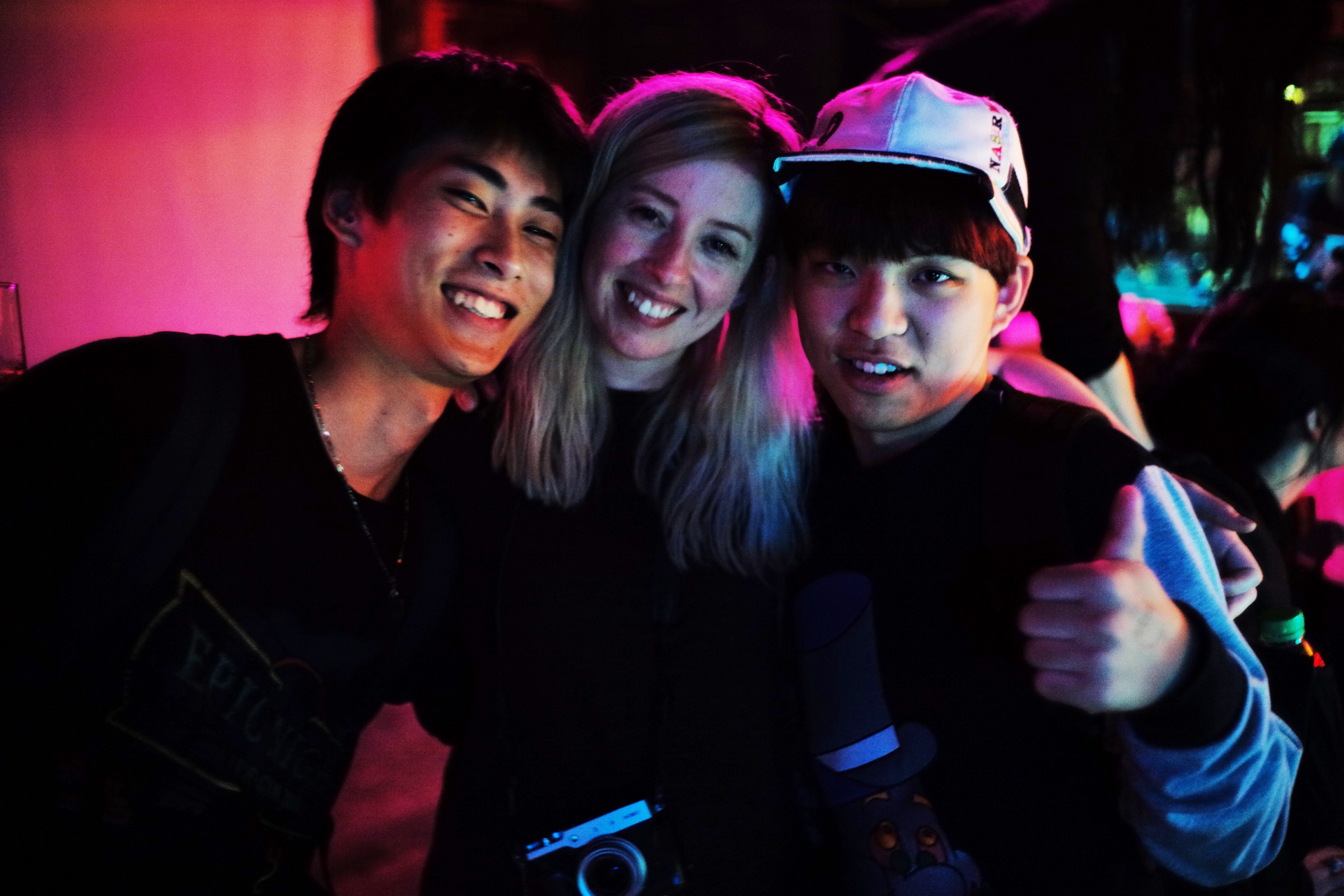 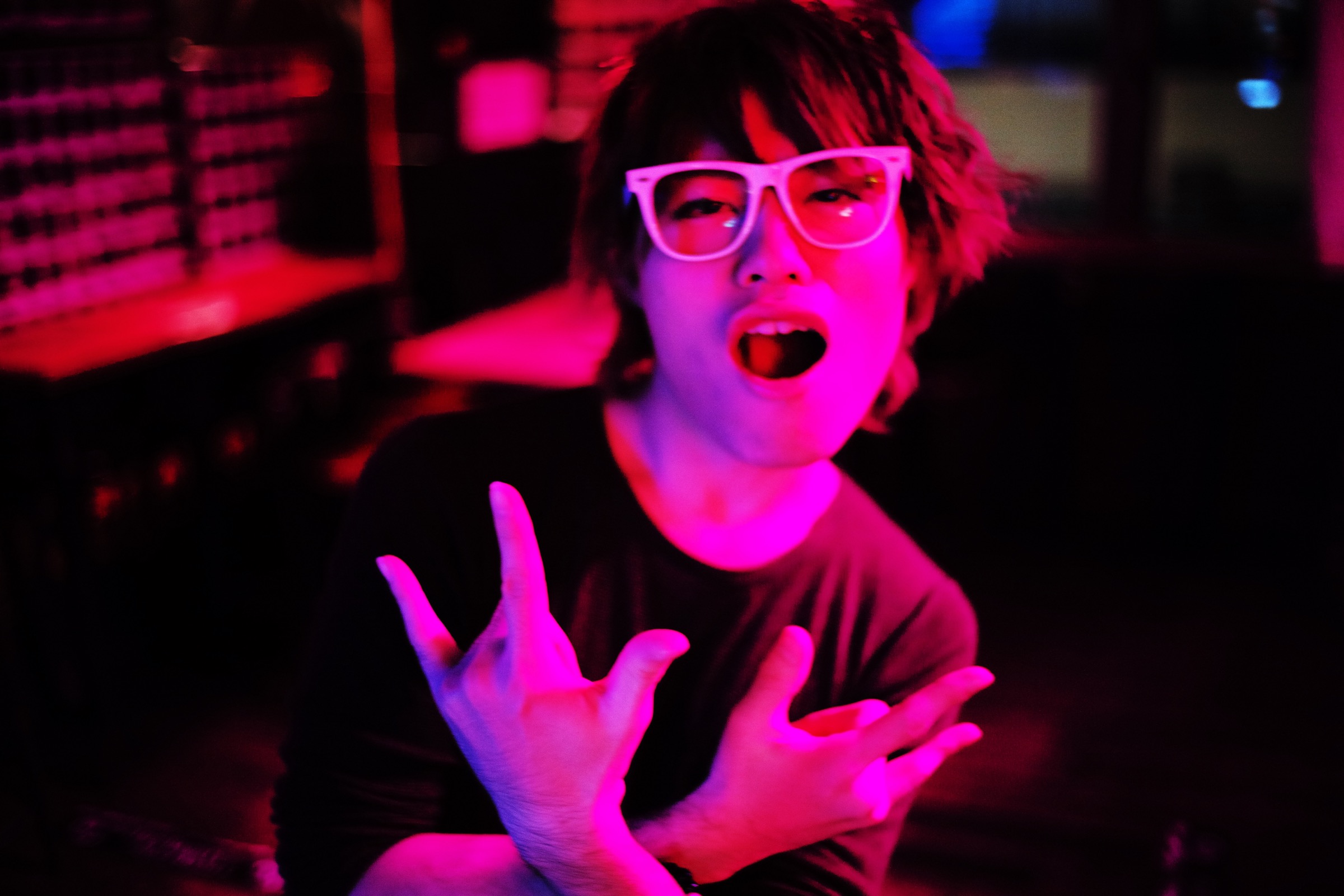 What was really odd to me was that everybody just dumped their jackets and bags in the corner of the room. Nobody here would steal anything, so there was no need for a cloakroom. That’s something that continually blew my mind.

At some point we turned round and everybody had left. There was no announcement (well, how could we know really?) – people just packed up and left. We found ourselves drinking with the staff, who seemed fine with us being there since we had inadvertently bought some of their pals tequila shots. At least I think that’s what happened. Things are pretty fuzzy at this stage. 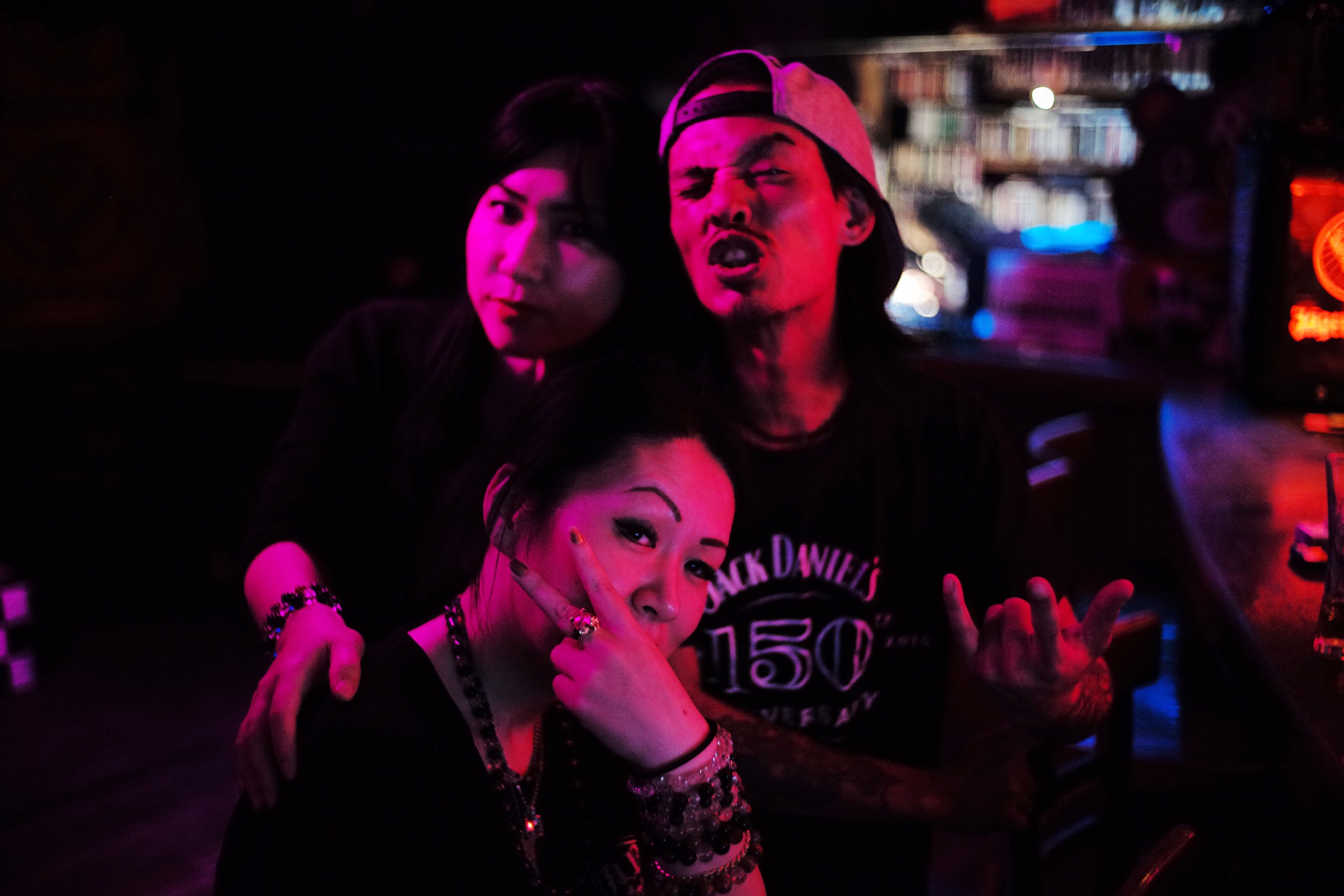 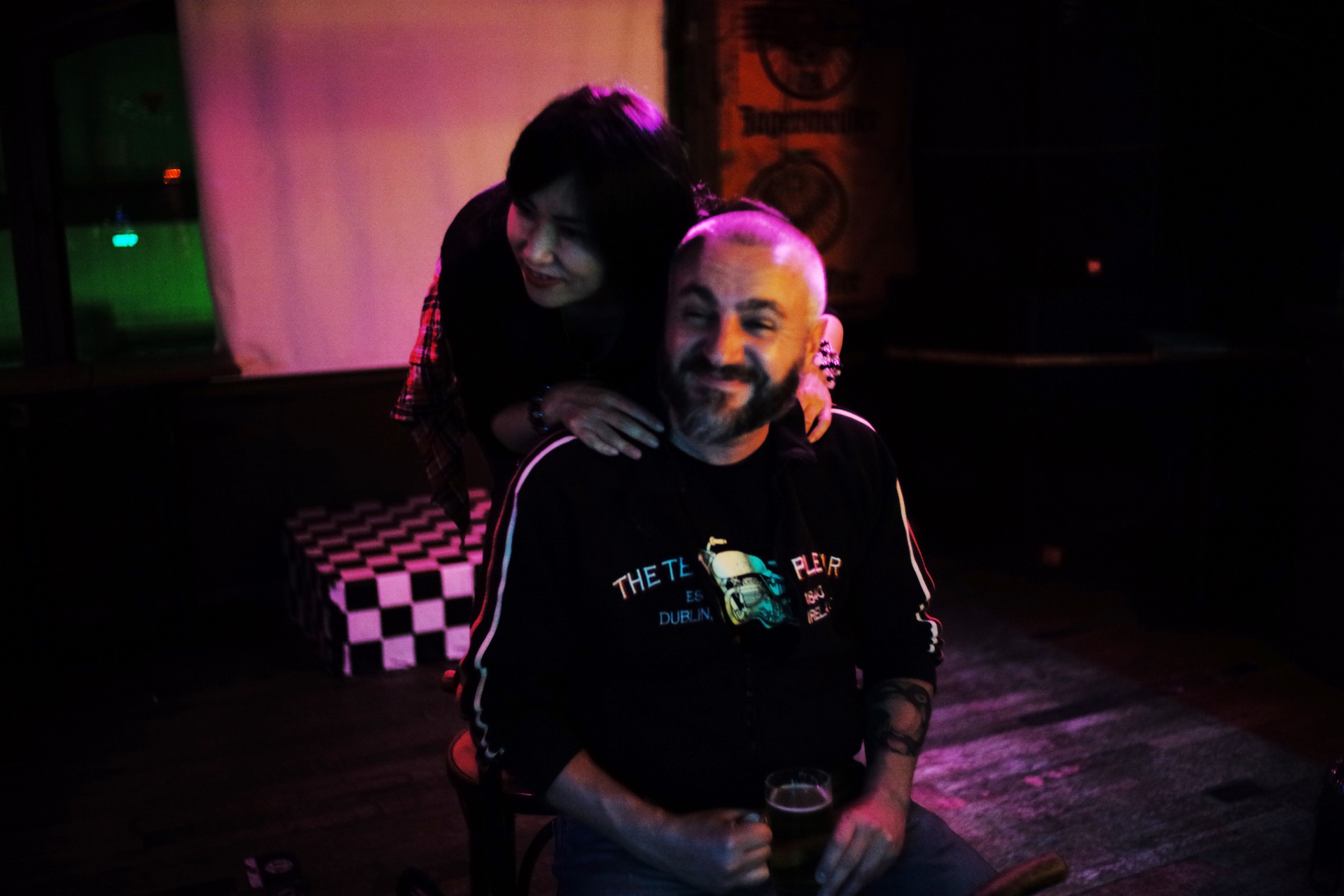 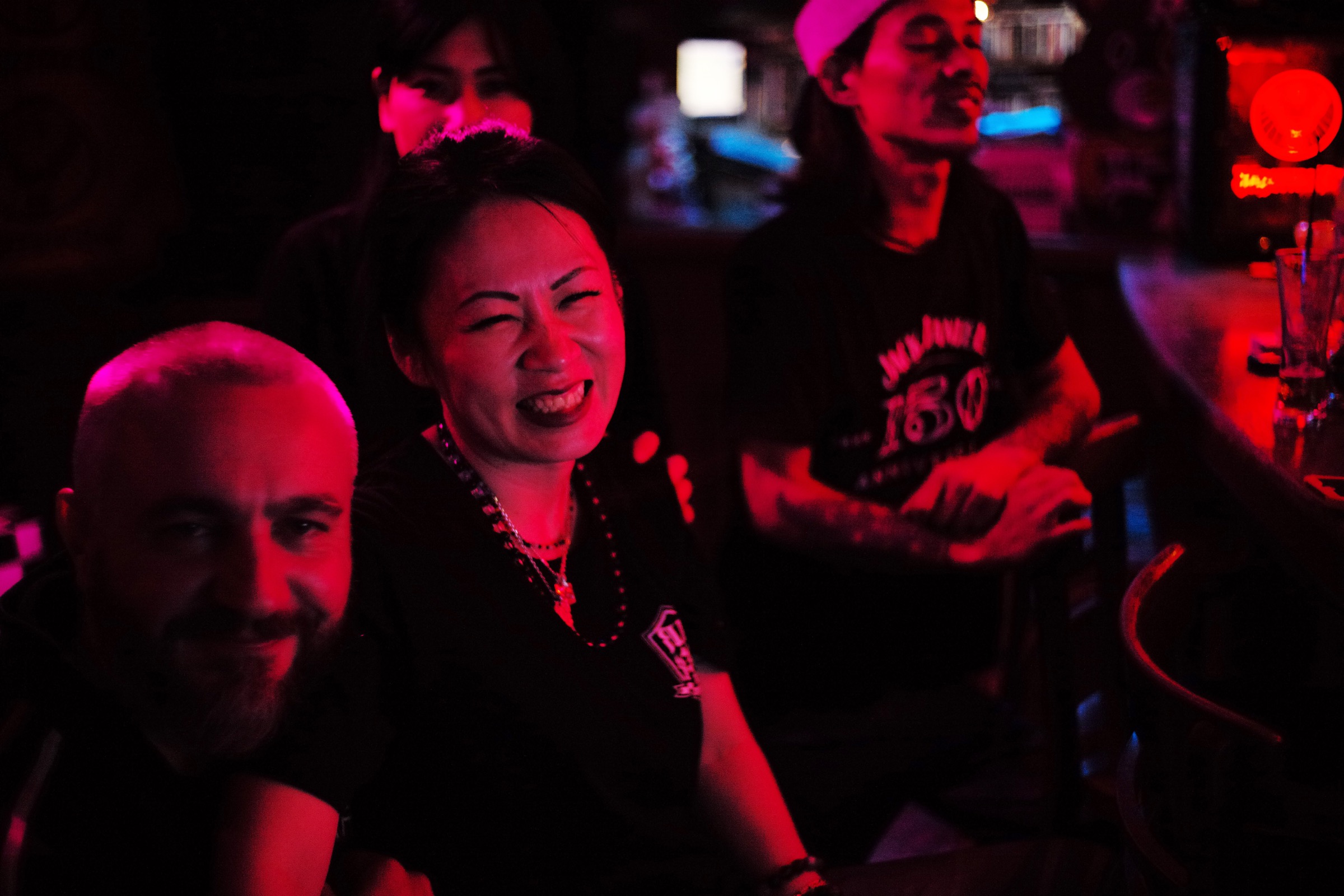 One of the highlights from this part of the trip for me was going up the Abeno Harukas, which is a big skycraper building. You can go to the 16th floor roof garden for free, or pay about a tenner to go up to the 60th floor. The view from the 16th floor itself was pretty great, and we talked about how nice it would be to be able to go up there on your lunch break in the middle of the city. 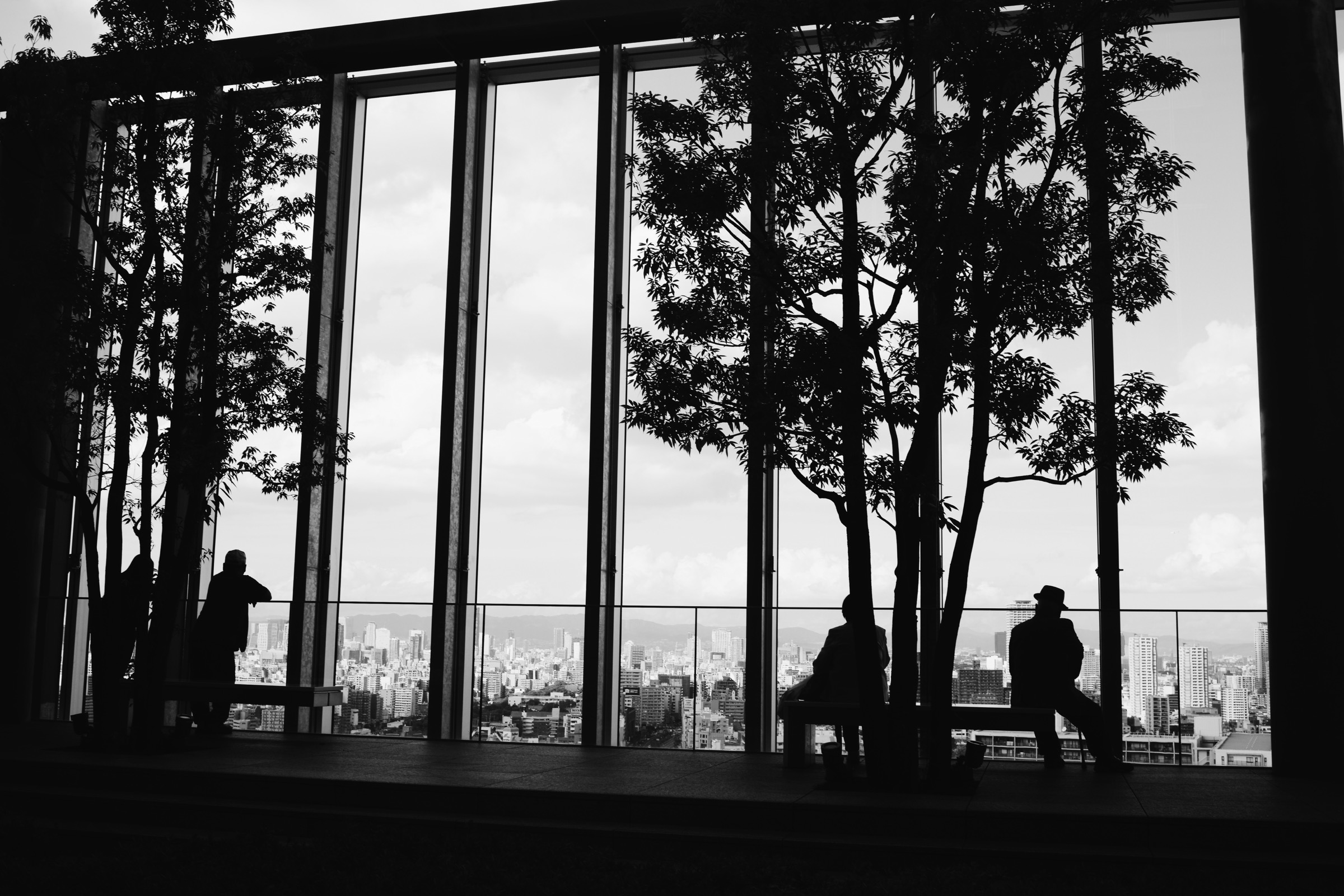 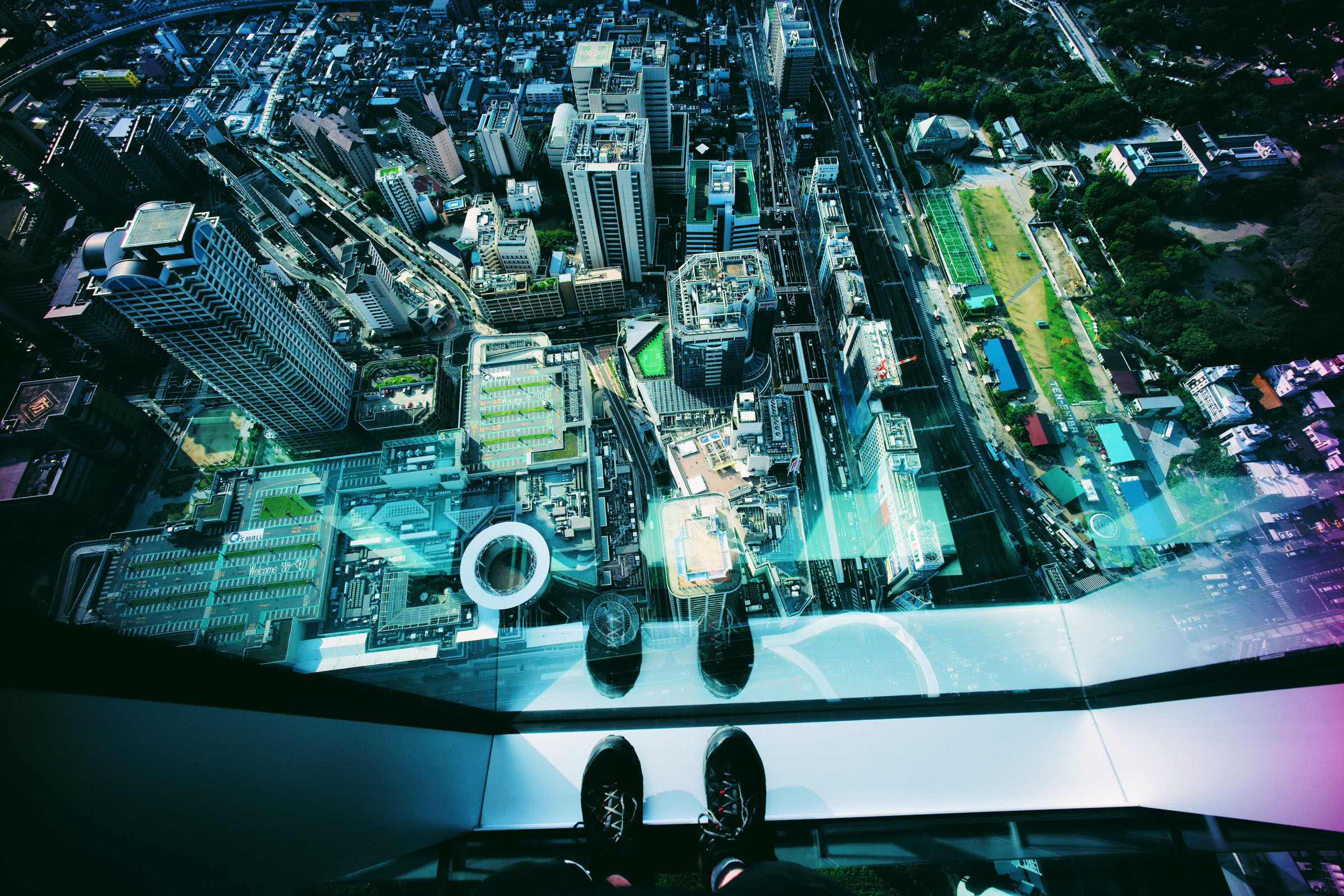 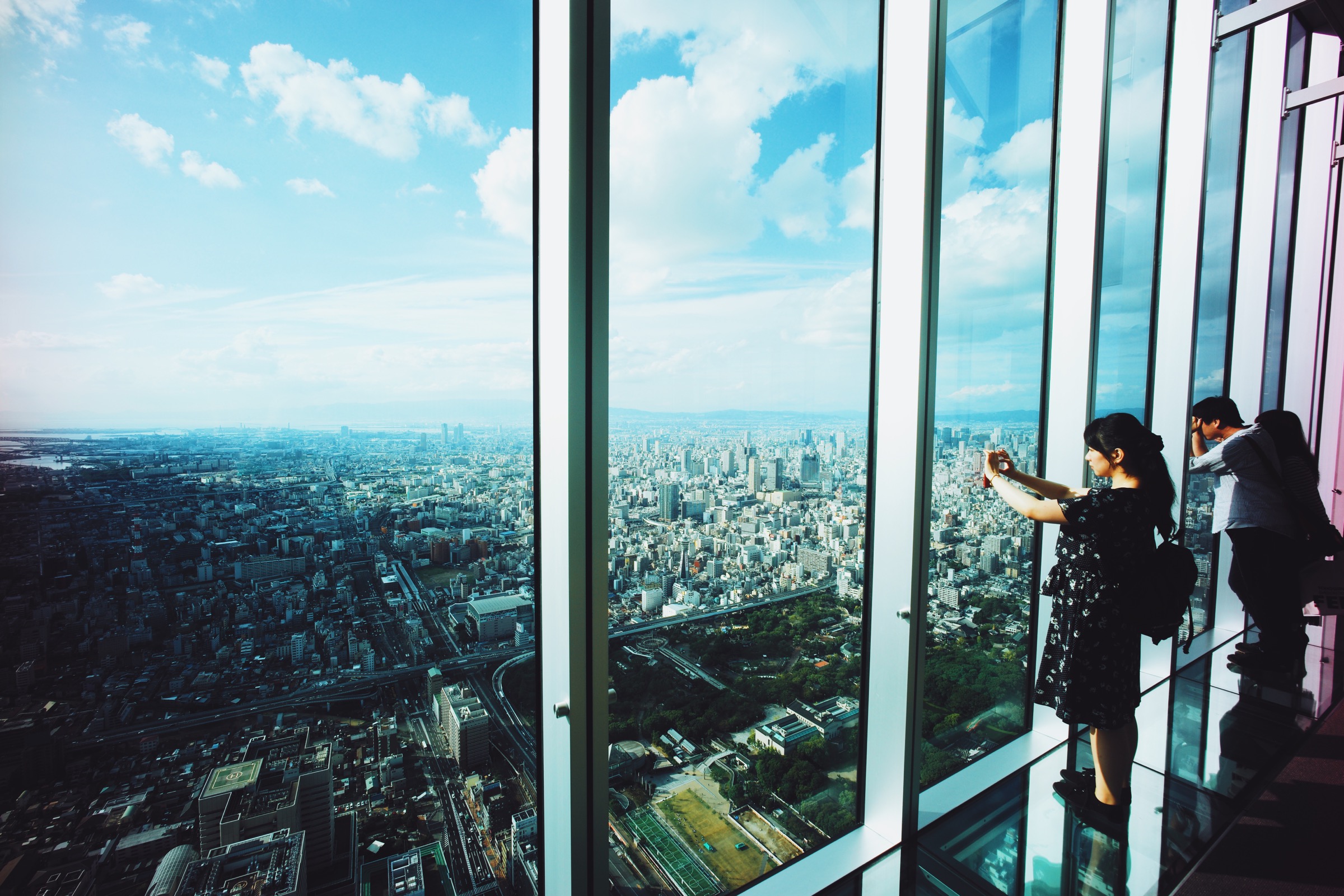 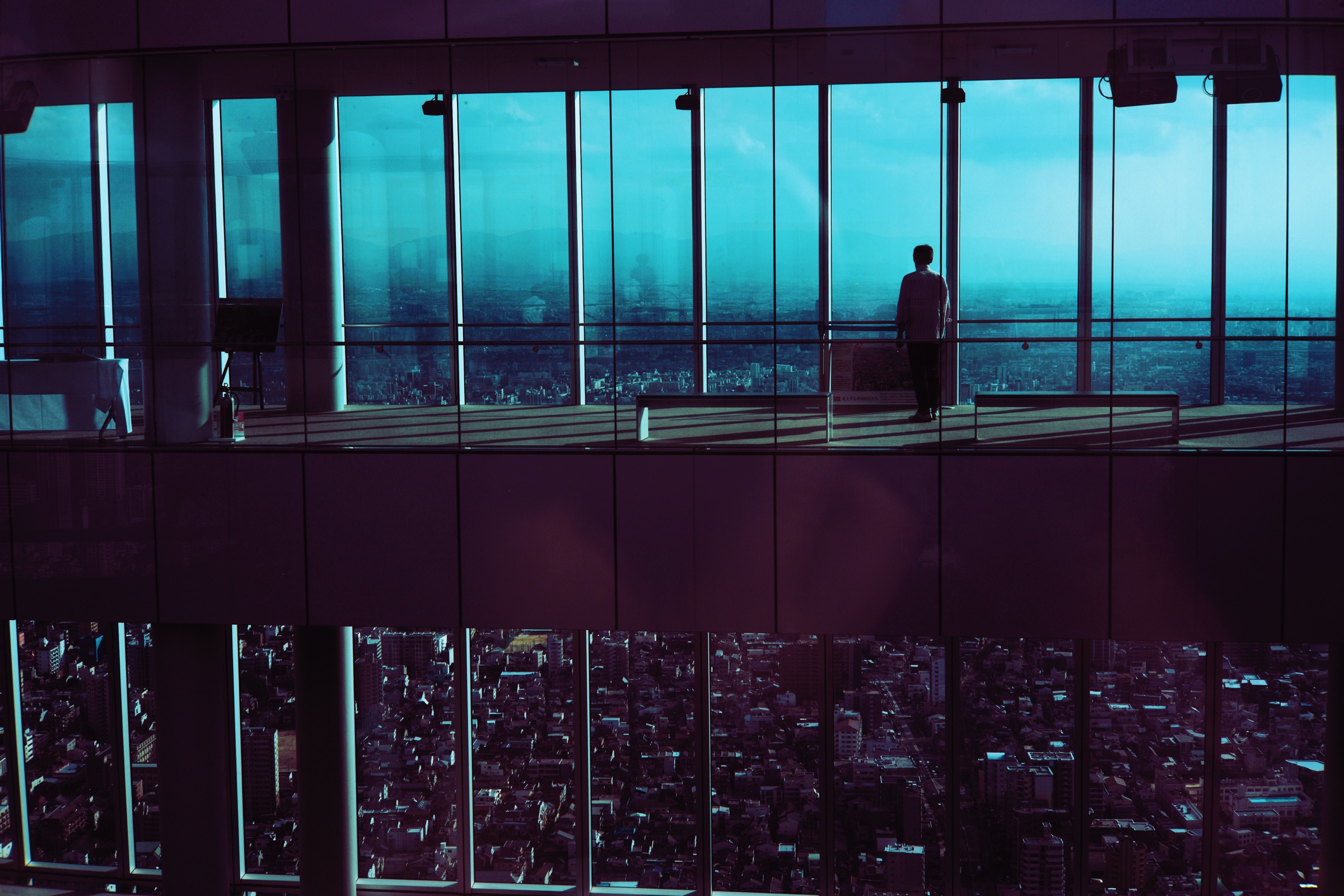 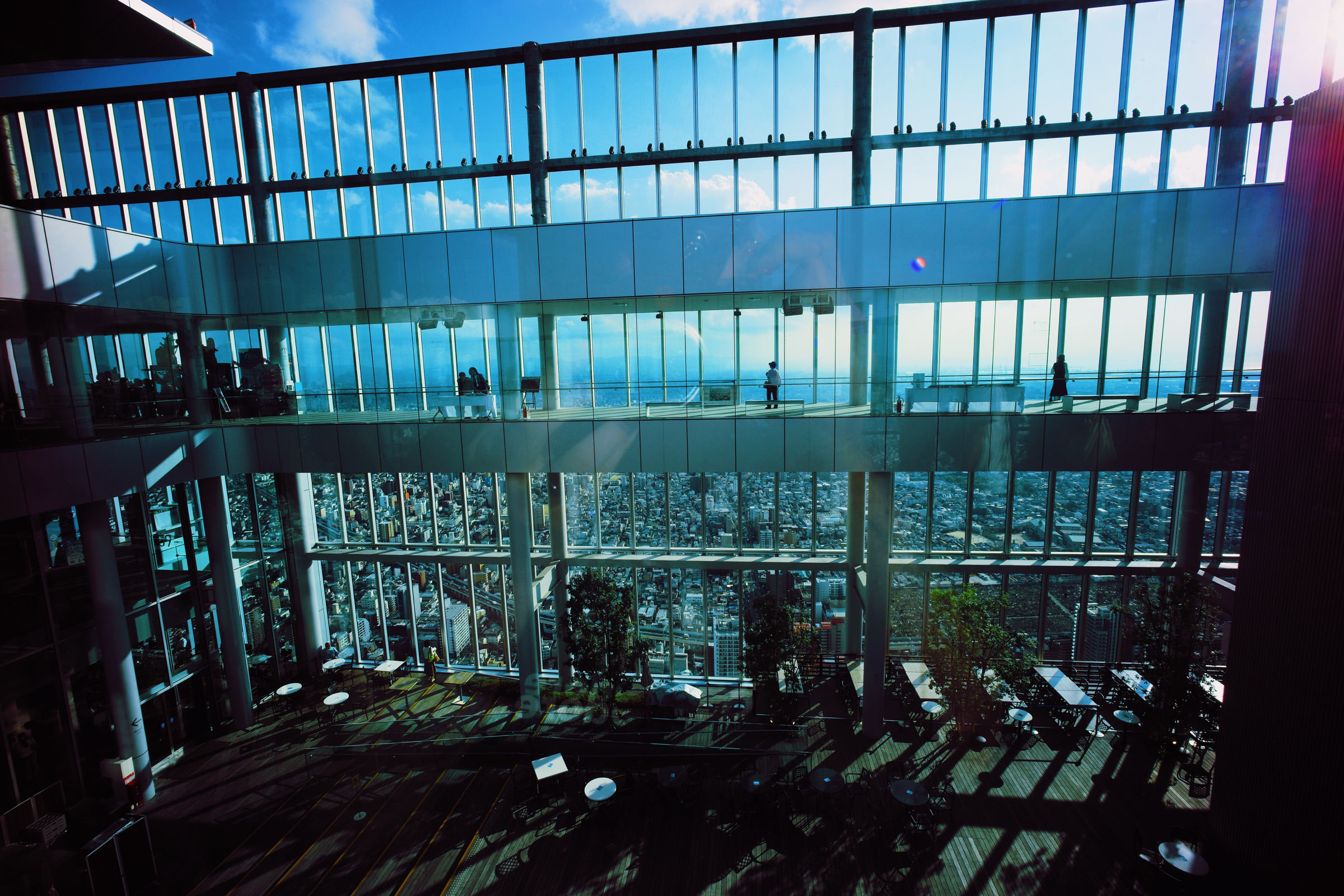 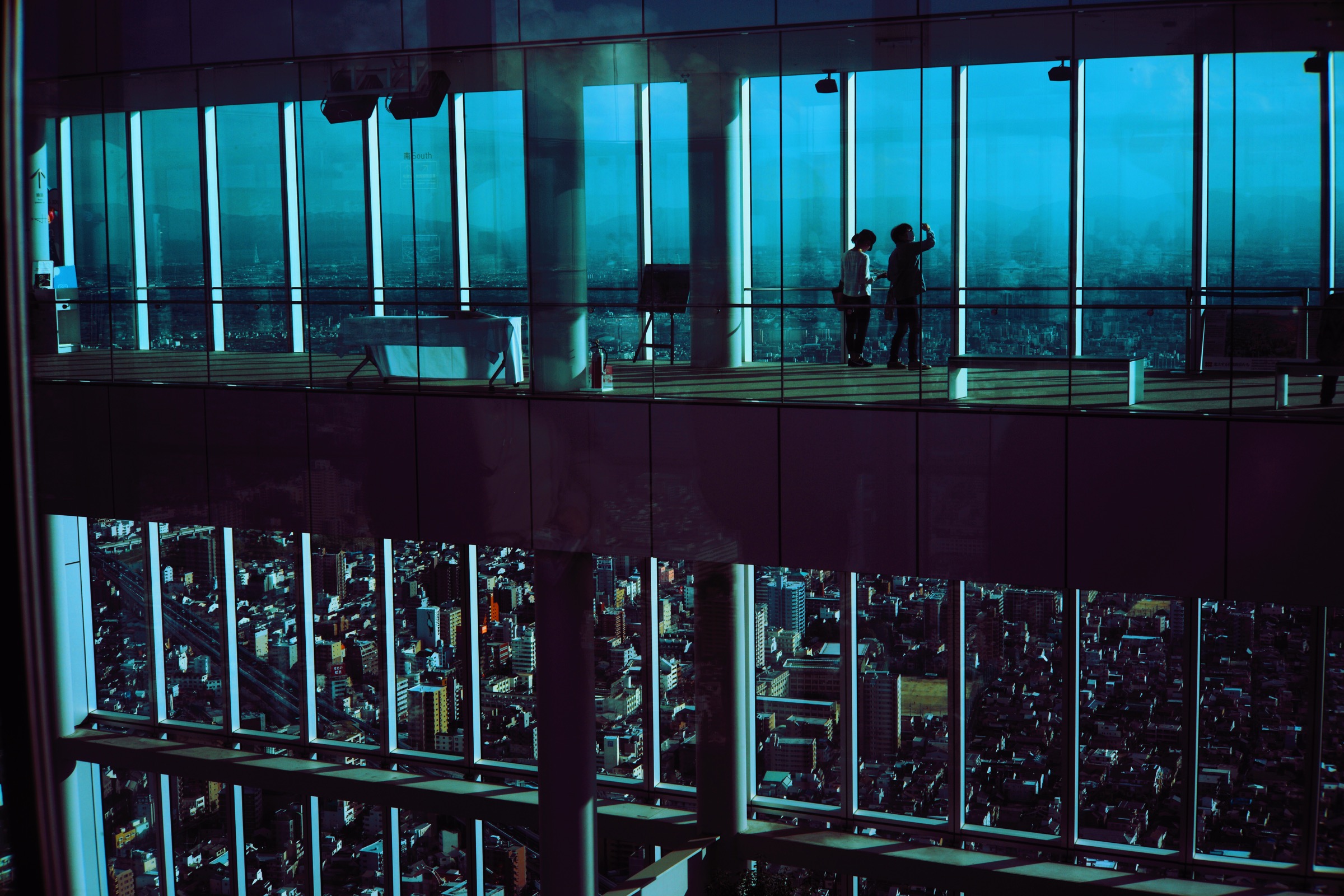 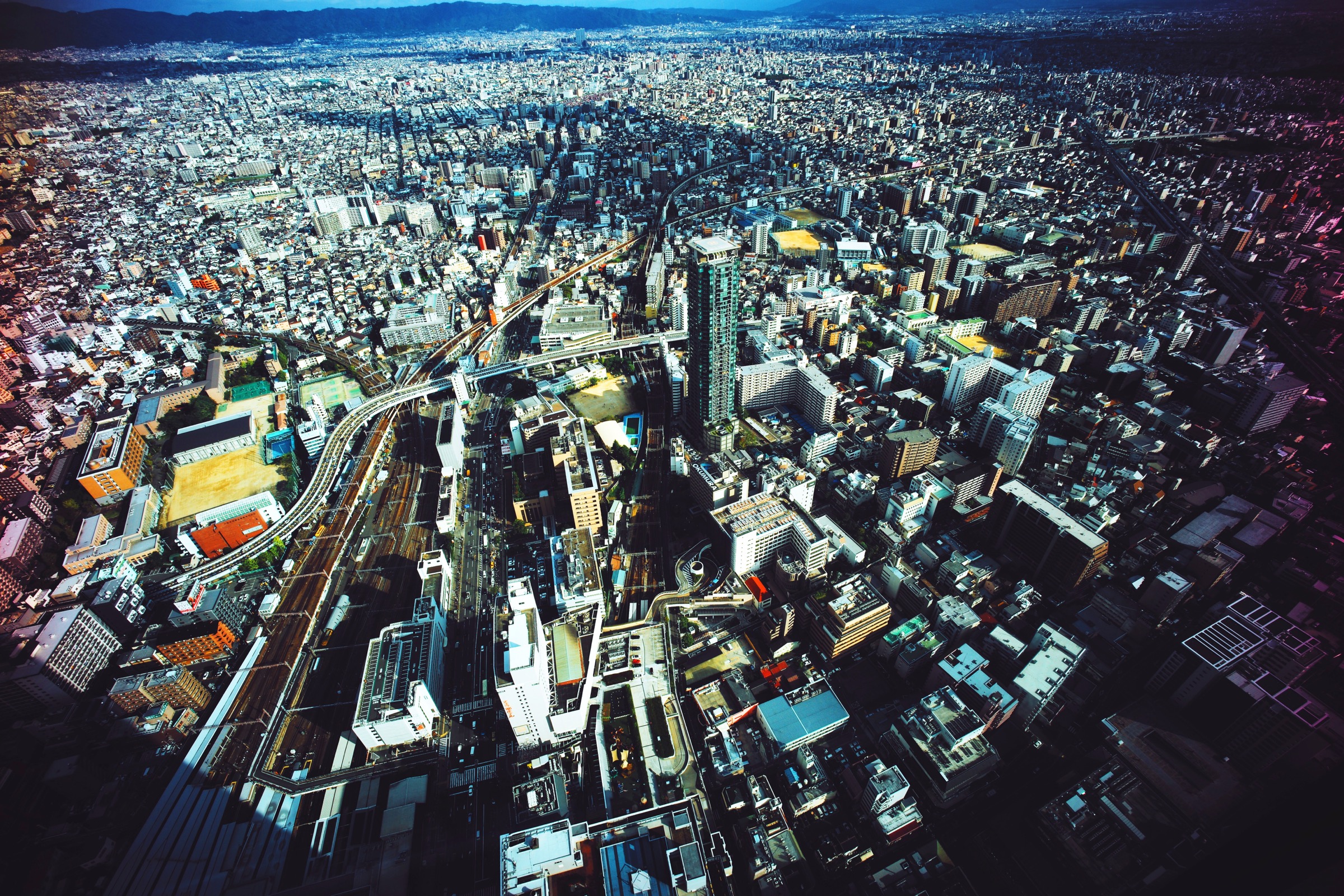 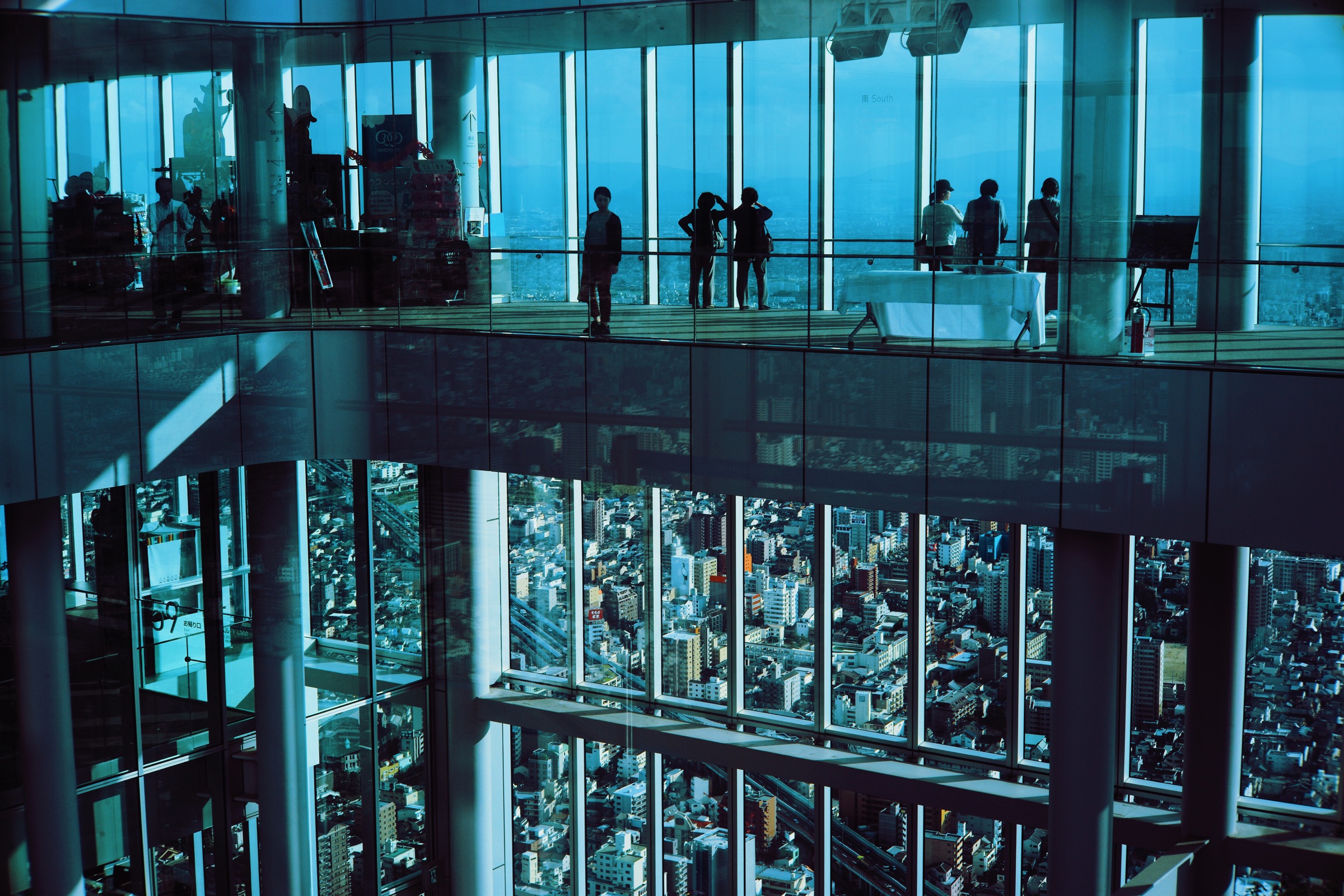