I have been processing my own film at home for a long time. Starting out about 20ish years ago with black and white, I’ve also been doing colour since 2010. In that time, I’ve developed literally hundreds (if not thousands) of rolls. Despite that experience, I am still constantly learning things about the process as I go.

Over the past couple of years I’ve had some issues with consistency when dealing with C41. I put this down to having to switch kits after Tetenal went bust… or a lack of stability in my water temperature. However, after picking up a CineStill TCS-1000 temperature regulator recently, I realised that one major factor in the image quality that I had basically dismissed out of hand was just how expired the film I was shooting with was. 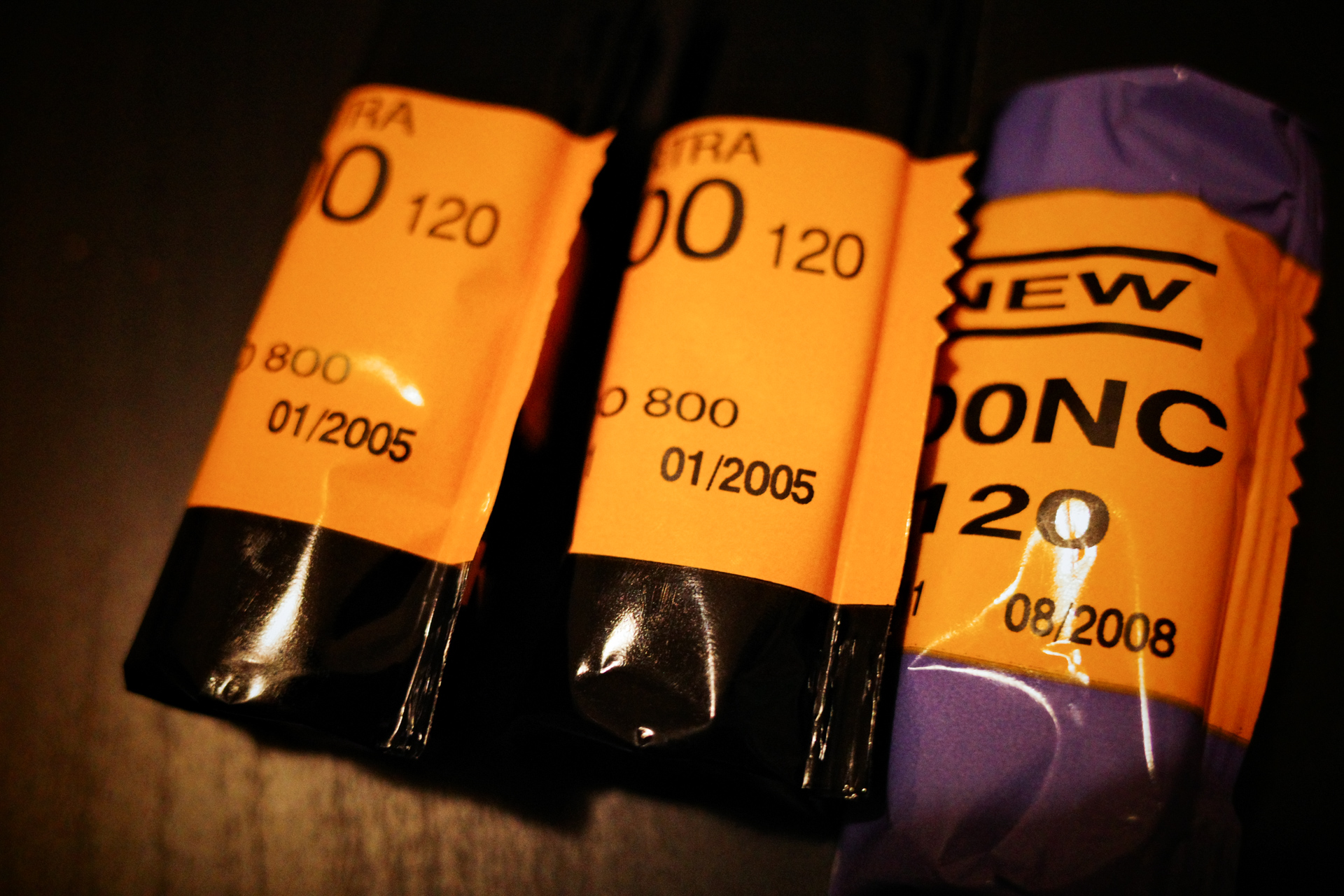 Now, I have almost always primarily used expired film, save for the odd special roll or two when I wanted a particular emulsion. This is for reasons of economics, rather than aesthetics. Film has always been expensive, and as an impoverished student I would bulk buy hundreds of expired or short-dated rolls at a time to get the lowest price possible. At the time, I wasn’t concerned about the quality of the film, as I didn’t do wet prints, and any colour shifts I came across could easily be compensated for while scanning. I have carried that approach with me, and to this day always aim to have a sizable stockpile of film at hand, to make sure that I don’t have to resort to paying the ever increasing full price.

However, as time as gone on, I have realised that some of the film in my collection which once was just a few years out of date is now between 15 and 20 years out of date – and while that doesn’t make a huge difference with black and white, it definitely does with colour. It wasn’t until I developed a bunch of different films from the same day in fresh chemicals that I knew were kept at a stable temperature that I saw just how stark the difference was. 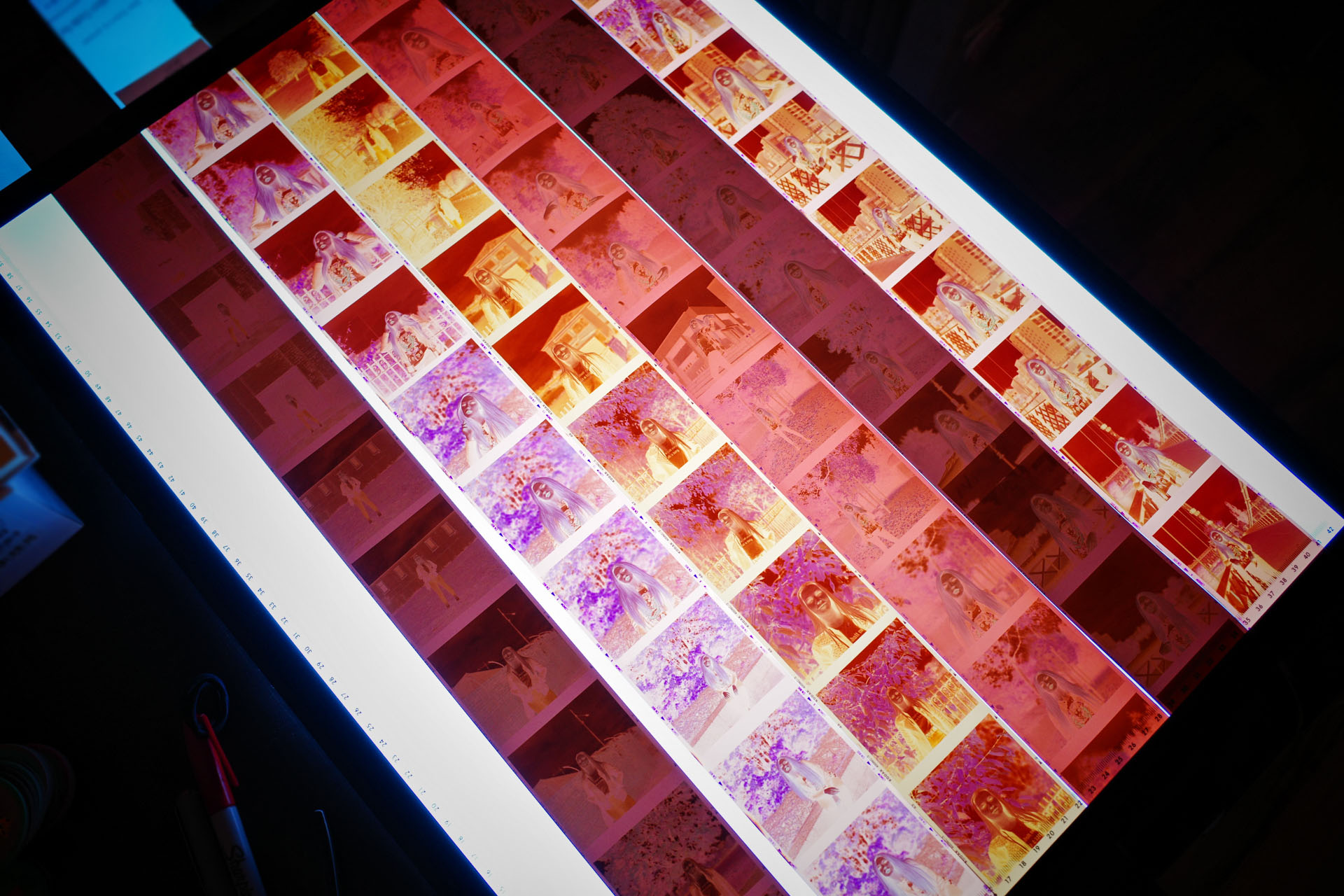 Now, I know that there are natural differences in the mask and colour between different emulsions… but in person, the older rolls not only have a much darker base, but also look extremely under-developed or under-bleached, despite them being shot with the same camera, light meter, and developed in the same way. It dawned on me that some of the significant colour shifts and under-exposure from some recent shoots which I had attributed to exhausted chemicals were instead probably down to the film’s expiration date.

When it came to scanning the medium format films above, I was so used to having to make wild adjustments between rolls, that I almost couldn’t believe my eyes when I pre-scanned the in-date Lomo 400, and barely had to touch the default settings. 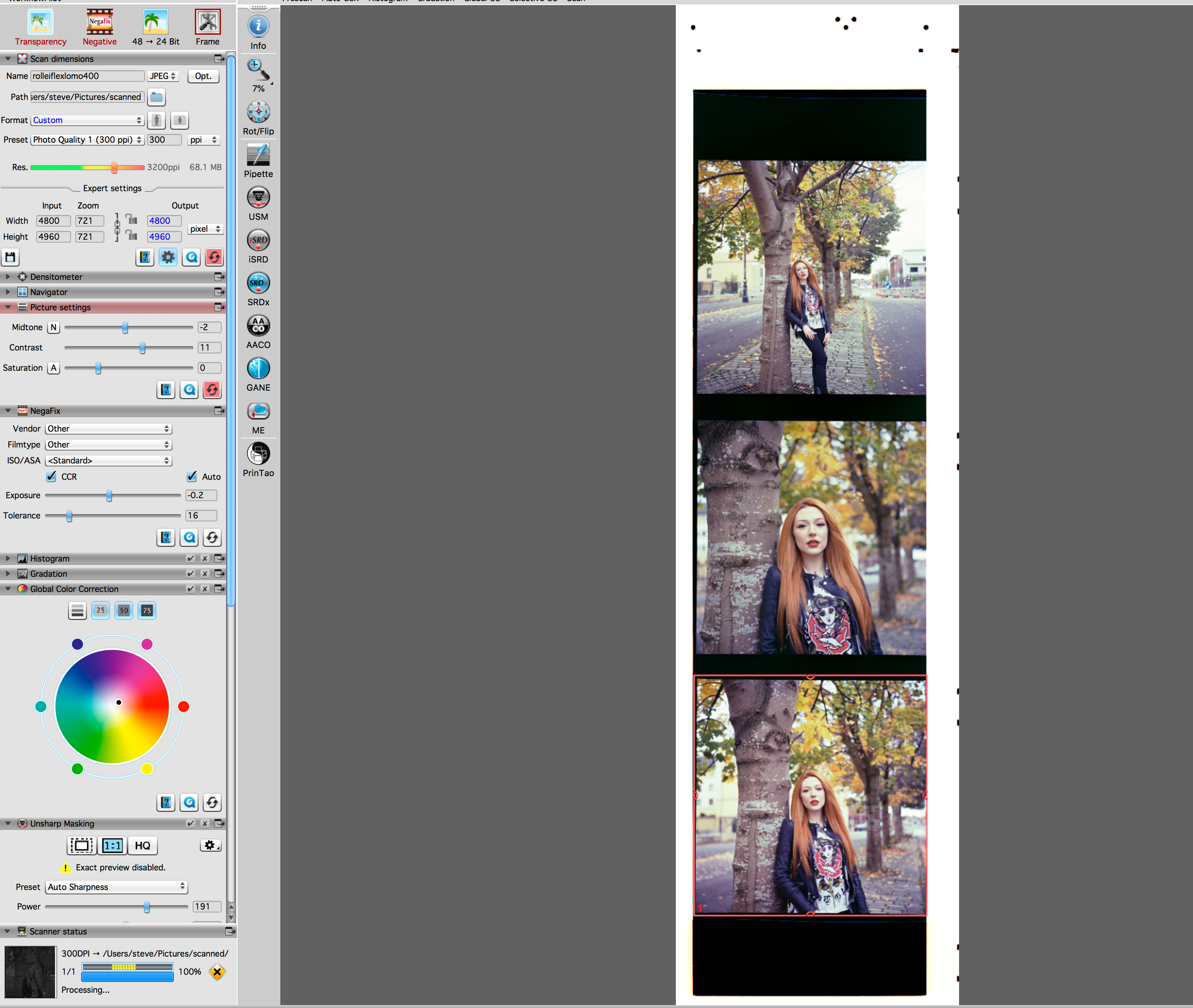 With all of the usual caveats around how screenshots and low res previews will display the colours, as well as any Silverfast discrepancies, here is a shot of the Kodak 400NC at essentially the same default settings. Note the clear colour shift. 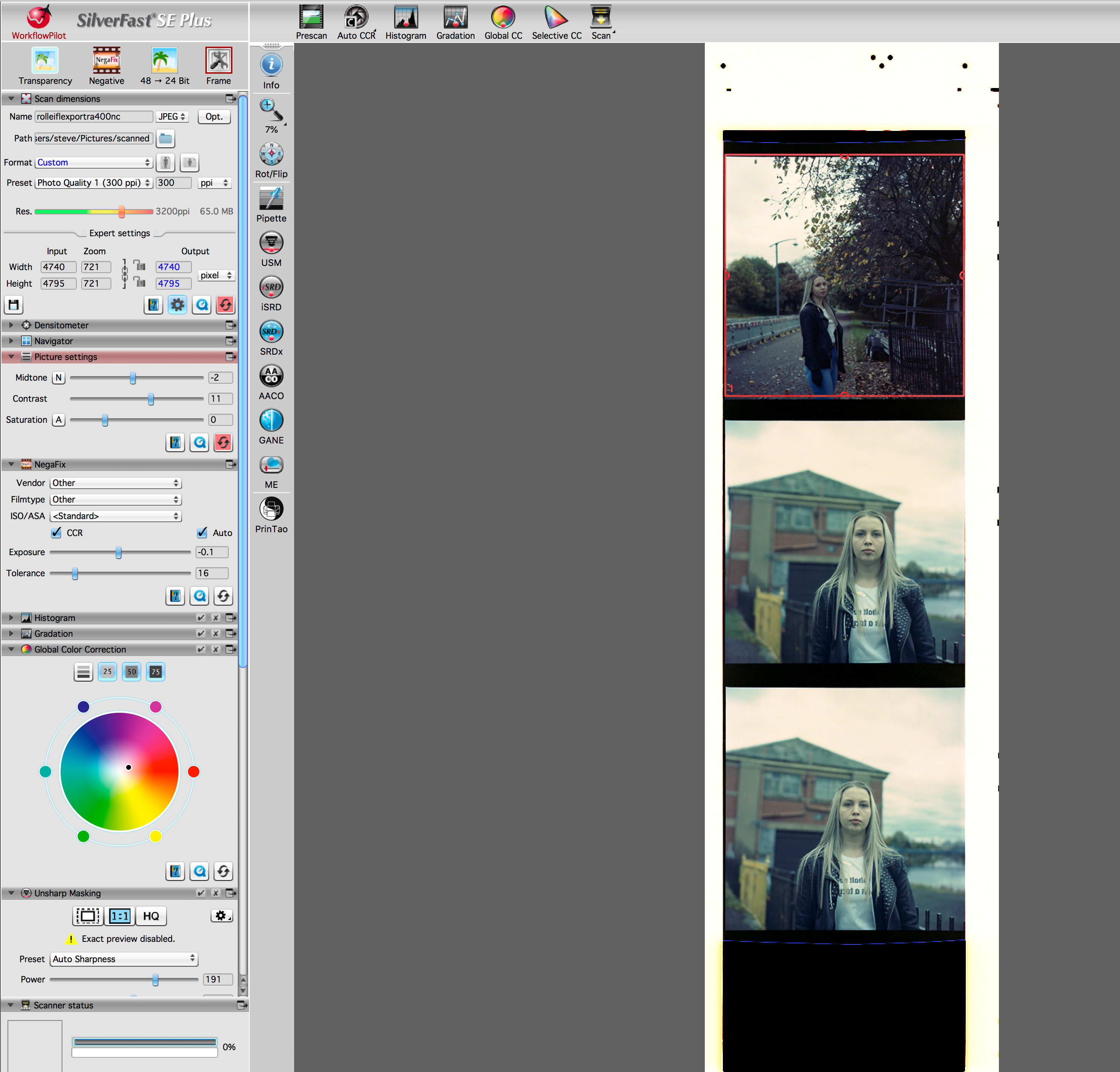 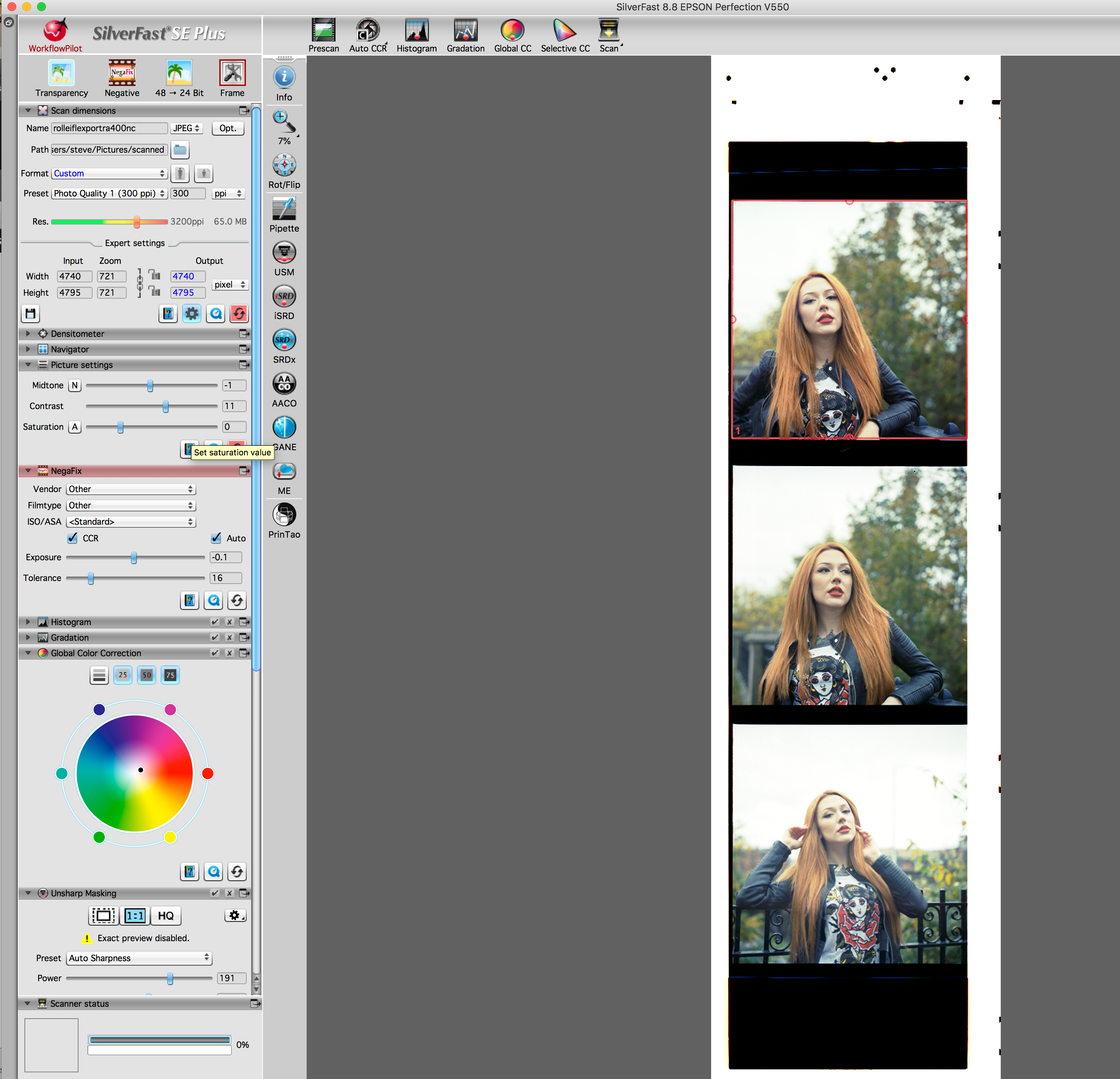 Here are some examples of the pictures scanned in with the same basically-default settings as above:

Note that I deliberately haven’t included the Fuji Superia as I’m not entirely sure when that expired.

Now, obviously this was far from a scientific operation. I didn’t go to any great lengths to ensure the exposure was exactly the same, or whatever else. However, it was a real world example with images taken shortly after one another, using the same equipment, in essentially the same lighting conditions. From my limited tests, the expired film comes out darker, and appears to either have been under-processed, or under-exposed.

Ultimately, all of the films bar the Portra 800 were perfectly usable, after varying levels of post-processing. The fresh film barely required any work, whereas the more expired film took much more effort to bring the exposure and colour shifts into an acceptable range. This discovery shouldn’t really come as a great surprise to anybody. Expired film will inevitably not provide the same results as fresh film will. However, I had always believed that the difference was negligible enough to not worry about for my purposes. However, I hadn’t quite expected the amount of variation that I saw.

While film that is out of date by a few years is unlikely to cause any real issues for the majority of folks, the concern I now have is that it is increasingly difficult to find deals on colour film which allow me to shoot it economically – especially when it comes to 120. While I would once just stock up on a huge job lot of expired film at once, and not worry about it going bad, that doesn’t really seem to be tenable… especially as people are now consistently charging almost full retail price for very expired rolls.

This highlights something that I’ve been concerned about for a while given the increasing cost of film. When it comes to 35mm, I suspect the only real choice will be to shift entirely to motion picture stock. I’ve already started doing this to some extent, but the additional protective remjet layer it comes with is a pain to deal with, and the selection of films isn’t especially great if you live in a country like Scotland which is permanently overcast (not sure a max ISO of 250 for a daylight rated film is going to be much use). However, at least there are some options there.

Medium format film is the real problem, as there really isn’t an alternative to paying the asking price. The lowest I’ve been able to find colour 120 film is around £7 a roll – but it’s far more common to be around double that, which I simply cannot justify. It seems like we are now at a time where film photography is treated as an occasional curiousity, as Polaroid once was – where folks splash out on an expensive ‘weird’ film to experiment with, rather than something which can be sustained consistently. It may well be the case that this is reality now, and that I am only able to shoot medium format colour for ‘special’ projects, but if so… that’s a very sad state of affairs to be in indeed.

If you have any suggestions, let me know. In the meantime, I have to figure out how I am going to use up a huge pile of very expired ISO200 35mm film in the next few months. In Scotland. In the winter.

2 thoughts on “Lessons in Expired Film”